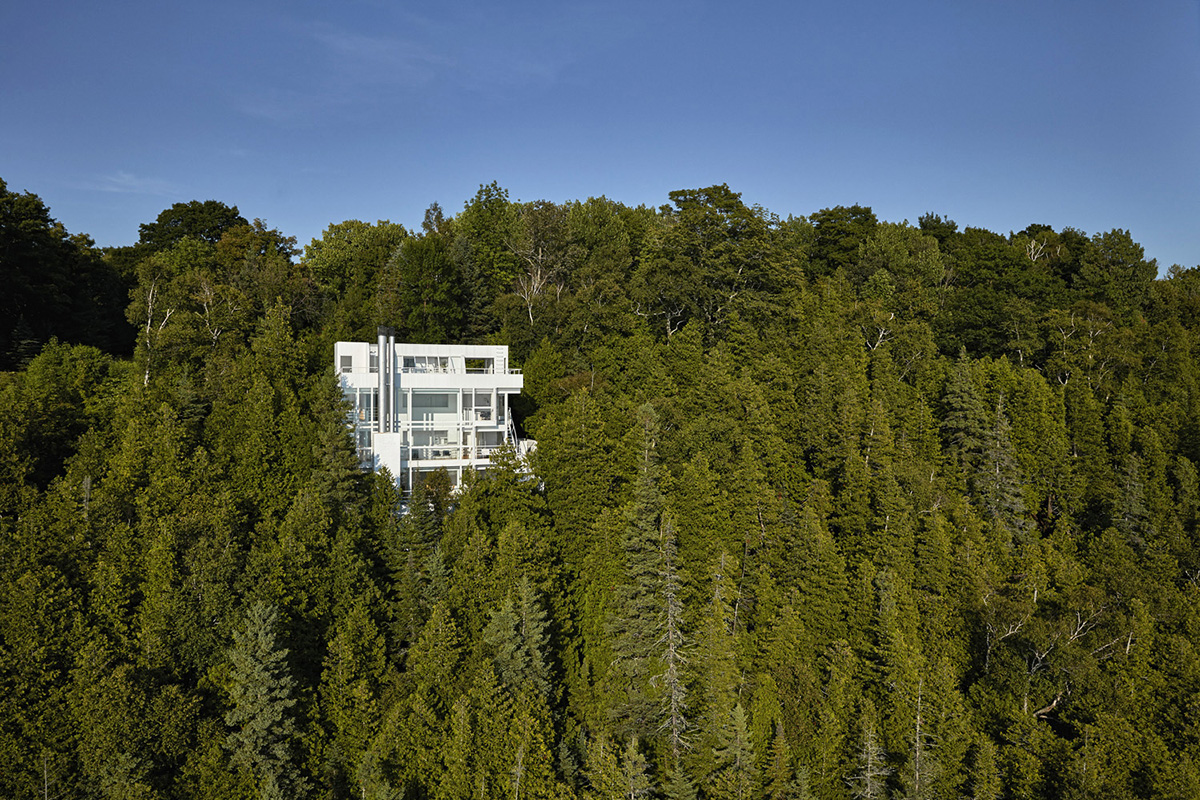 The Douglas House designed by Richard Meier & Partners Architects LLP and completed in 1973, which is dramatically situated on an isolated site that slopes down to Lake Michigan. The isolated private house now receives recognition of its historical and architectural significance by the National Park Service U.S. Department of the Interior.

The house will now be included in the National Register of historic places, and it will become part of the selective list of cultural resources worthy of preservation in the United States of America. Richard Meier is World Architecture Community member since 2007. ''One day I received a letter from a Mr. and Mrs. James Douglas inquiring if I would sell them the blueprints for the Smith House. I replied that while I was not prepared to sell the drawings I would certainly be willing to design a new house for them along similar lines. They accepted, and I started designing a house for a site that they had purchased in a residential subdivision in northern Michigan. As it happened, the developer who had sponsored the subdivision insisted on reviewing the design of any house that would be built within its boundary. He asked me to submit photographs of my work, whereupon he immediately refused to permit a house designed by me since it did not have the prerequisite classic pitched roof. To my delight, the Douglases responded to this impasse by promptly selling the plot and looking for another site, and that was the beginning of a very gratifying collaboration,'' said Richard Meier. 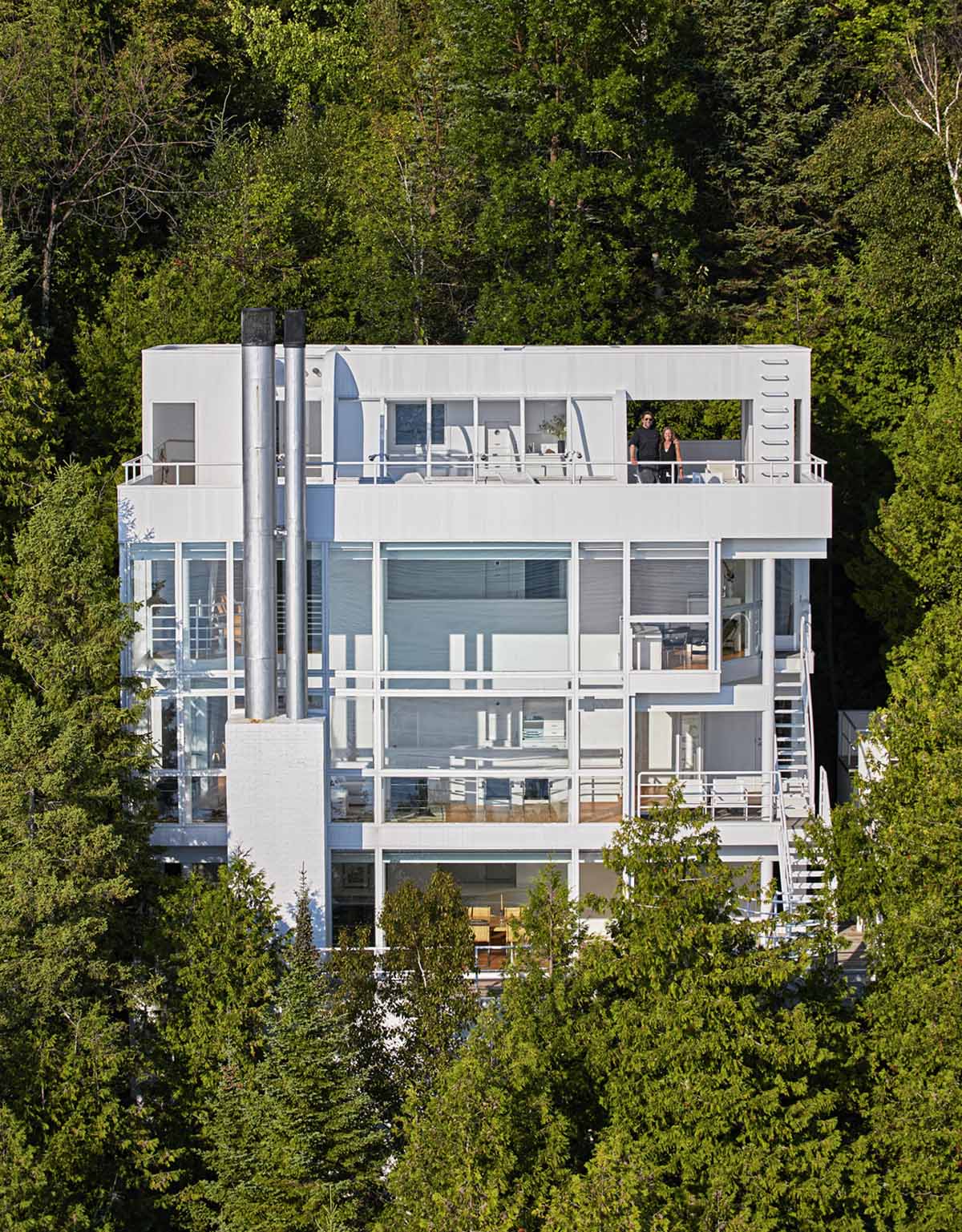 The Douglas House is dramatically situated on an isolated site in Harbor Springs, Michigan, that slopes down to Lake Michigan. So steep is the fall of the land from the road down to the water that the house appears to have been notched into the site. The entry to the house extends beyond the building envelope. As the sharp downhill grade of the land requires the house to be entered at roof level, it takes the form of a flying bridge that seems to shear off the top of the frontal plane.

The east side, facing the road, is the private zone, protected by a taut white membrane pierced by square apertures and horizontal strip windows. The roof-level bridge accentuates the unimpeded flow of space between this wall and the hillside, and is experienced as an activated void that further seals the private zone from the road. 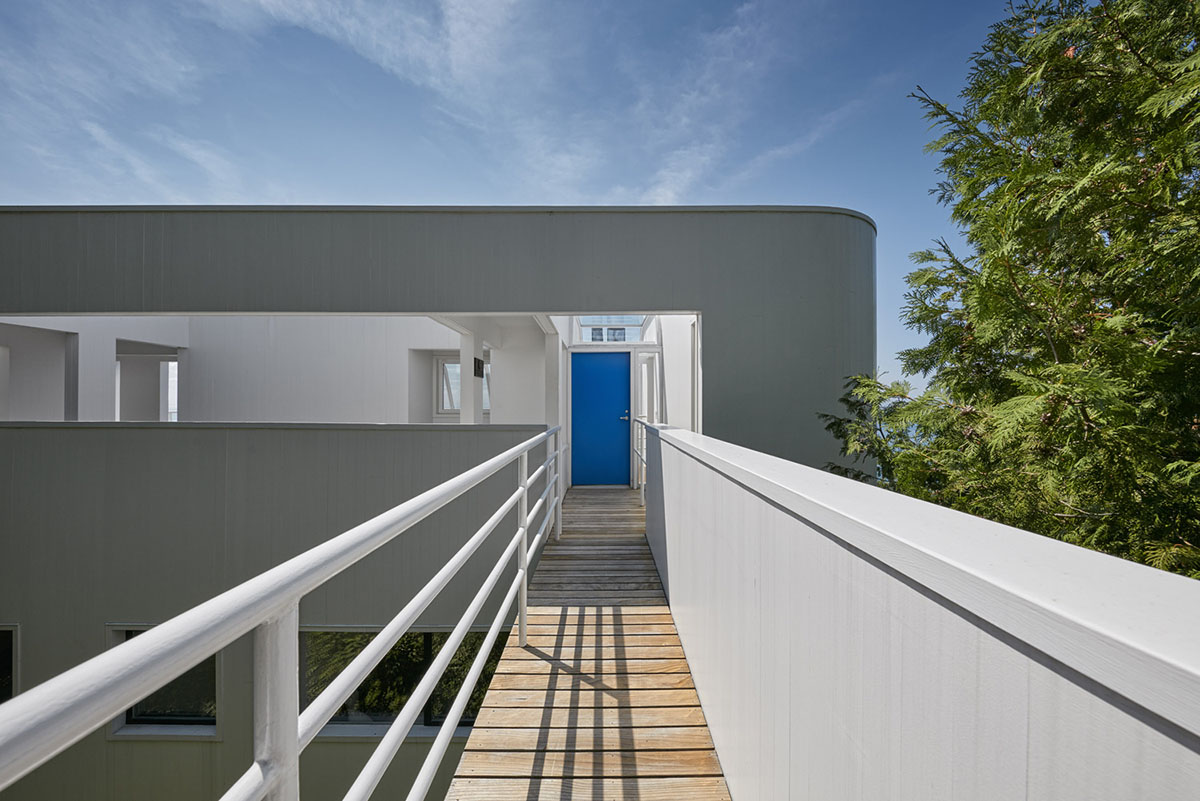 ''Usually when people enter a house, they expect the outside to be brought in, but in the Douglas House, the opposite occurs: you are transported outside, over the lake and into the trees. Visitors all depart with an experience they’ve never had before. It is truly a house of opposites: to leave the house for instance, you go up instead of down,'' added Mr. Meier. Once inside the entry vestibule, the views open to the west, down to both the living and dining levels, and out to a large roof deck overlooking Lake Michigan. As in the Smith and other houses designed by Richard Meier & Partners, the living-room fireplace is located directly opposite the entry, but in this case it is two stories below. At roof level, its stainless-steel smokestacks act as a foil to the entry and frame the view. Horizontal circulation moves along four open corridors, stacked one above the other behind a screen wall. Internal and external staircases provide vertical passage at the corners. 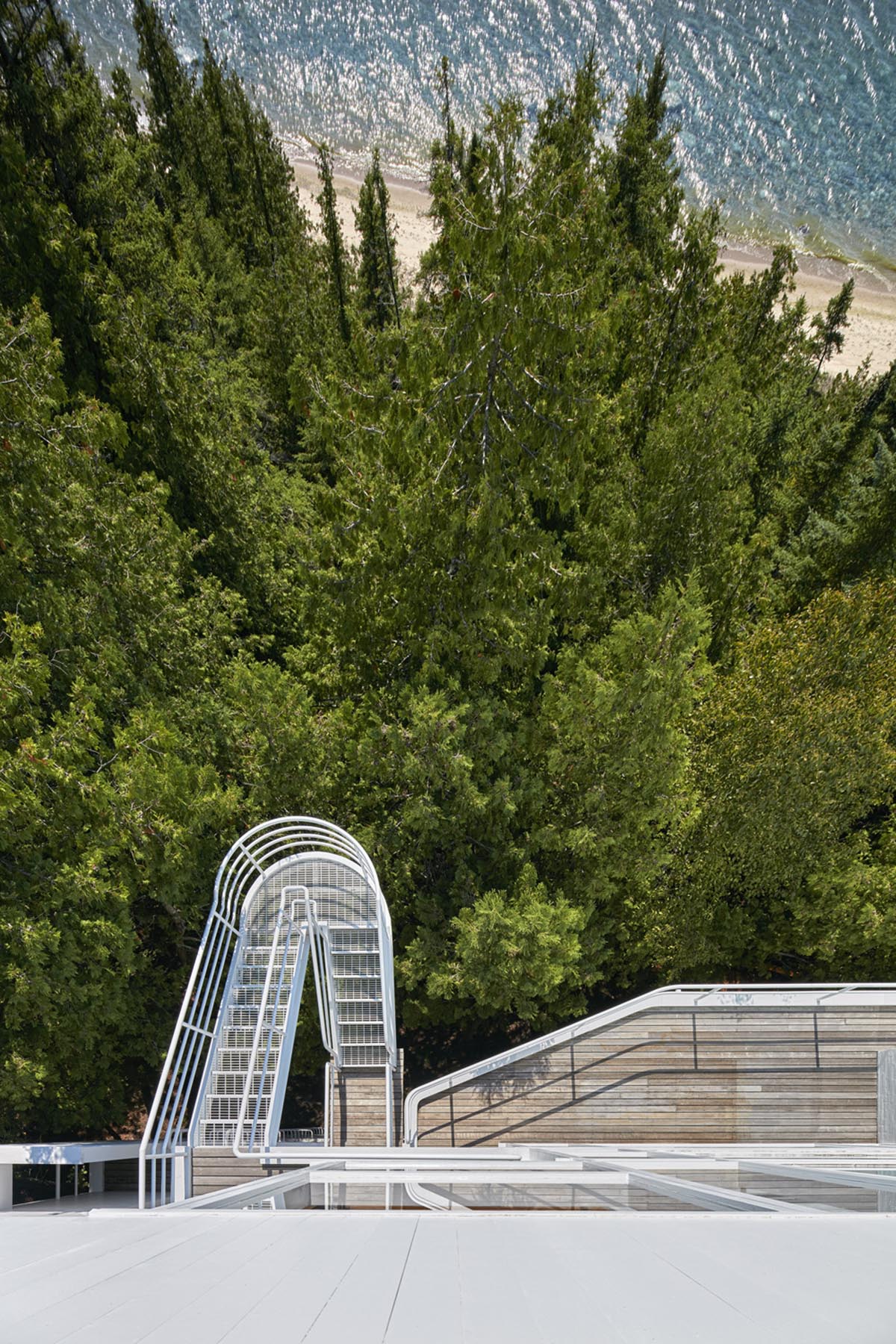 A skylight running nearly the full length of the roof-deck focuses sunlight into the living room, reinforcing the separation between the public and private sectors of the house. The living room virtually hovers in the landscape within three glass walls. The fireplace anchors the room, binding the floor to the lake's horizon as if the water itself were cantilevered from the bricks. The house's levels can be traced in the mullions of the glazing, which echo the dramatic horizontals of the lake's surface, the horizon, and the shoreline. Vertical mullions fan out from the corners, carrying with them the lines of the great trees alongside the house. The unimpeded flow of space from inside out, so powerfully inscribed in the iconic Smith House, is rendered more profound. 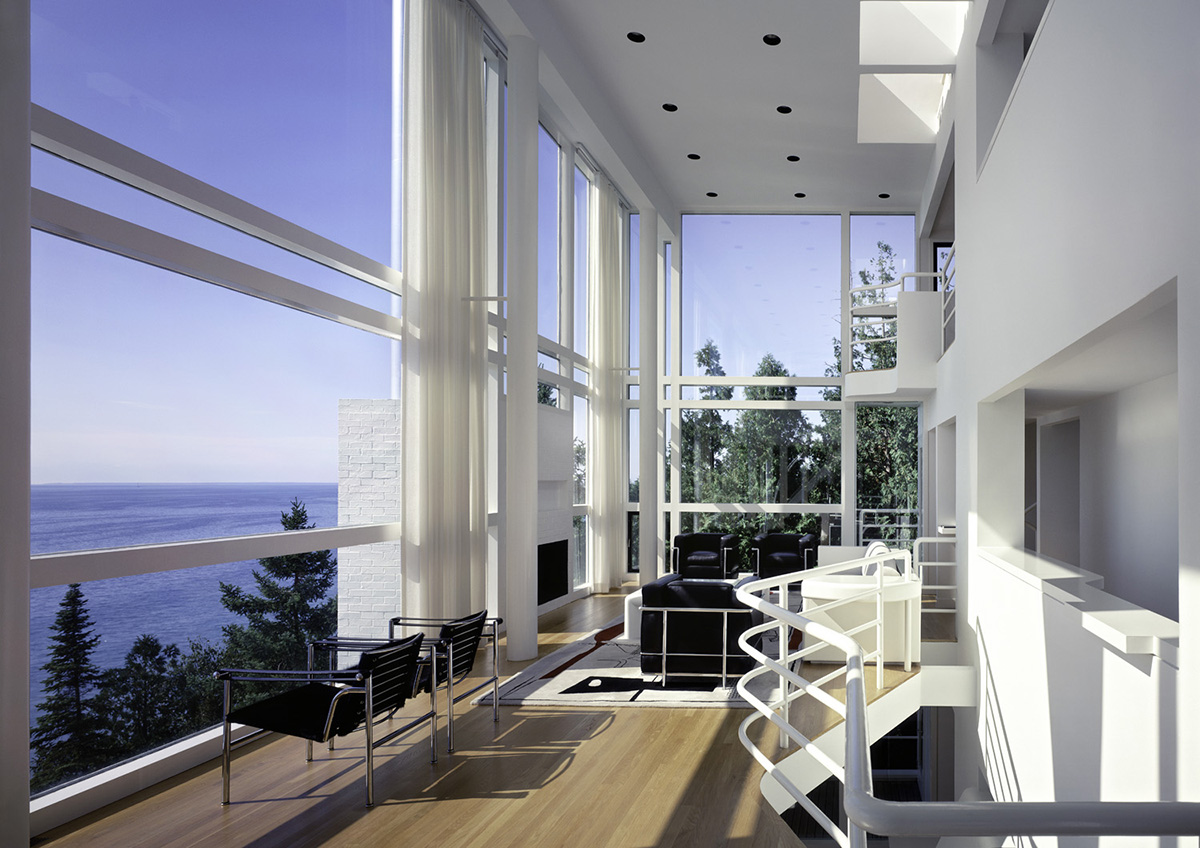 Interior detail- a full glass wraps up the house with a glamourous view. Image © Scott Frances/OTTO

Richard Meier comments: ''Reflecting on the history and the design of the Douglas House I believe the architect is really the facilitator of creating something which goes on to have an existence that is much greater than itself and has a life that is longer than any of the people involved in the creation of it.'' 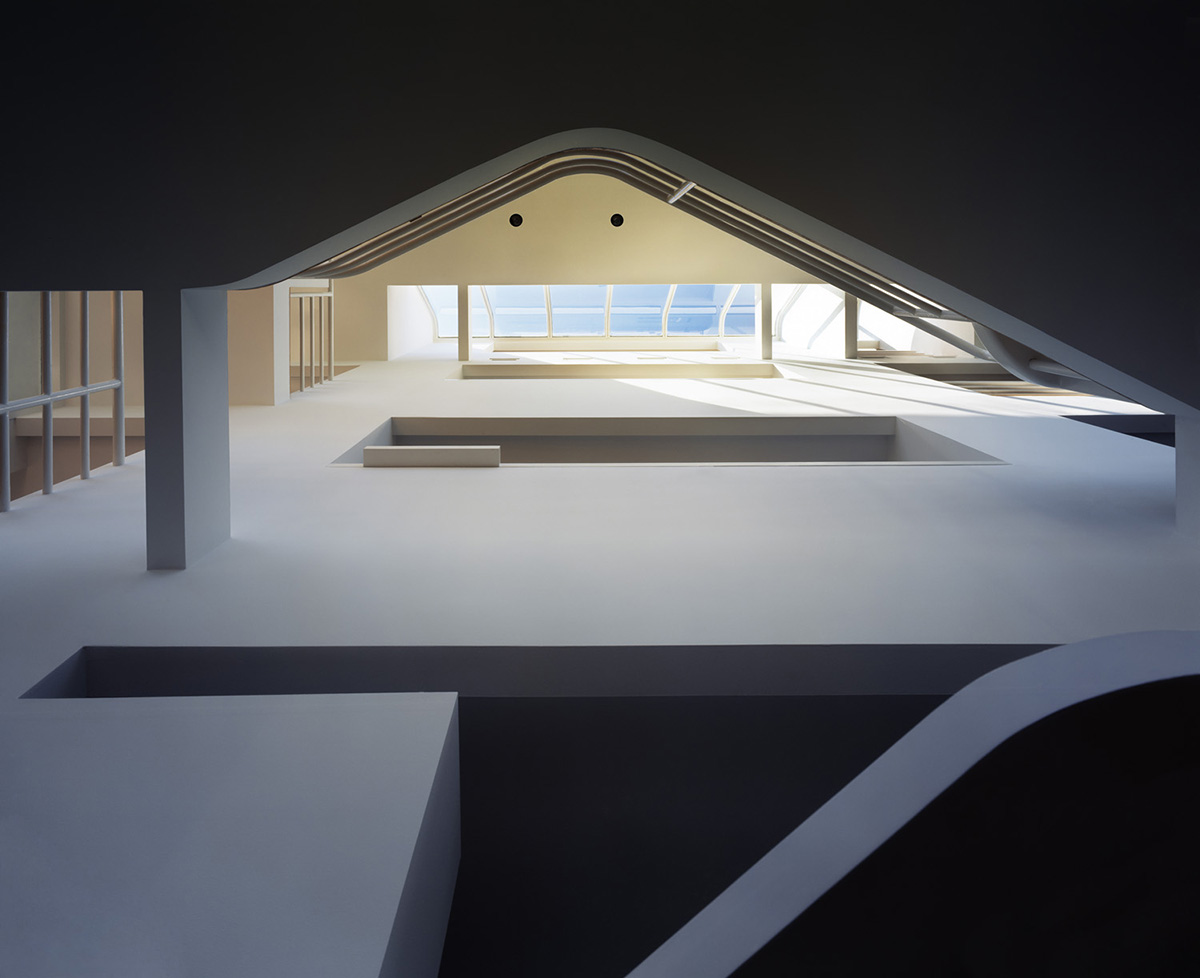 ''In thinking about the ideas that go into making architecture one has to think about not just the context, the circumstances of the site, its history, the surrounding buildings, the topography, and the nature of the place in the public realm, but also about what it can be, what it will be, and how it will be meaningful for future society. With all of the changes that are taking place in the world today, it is important that architecture continues to move us aesthetically, as great architecture always has.'' 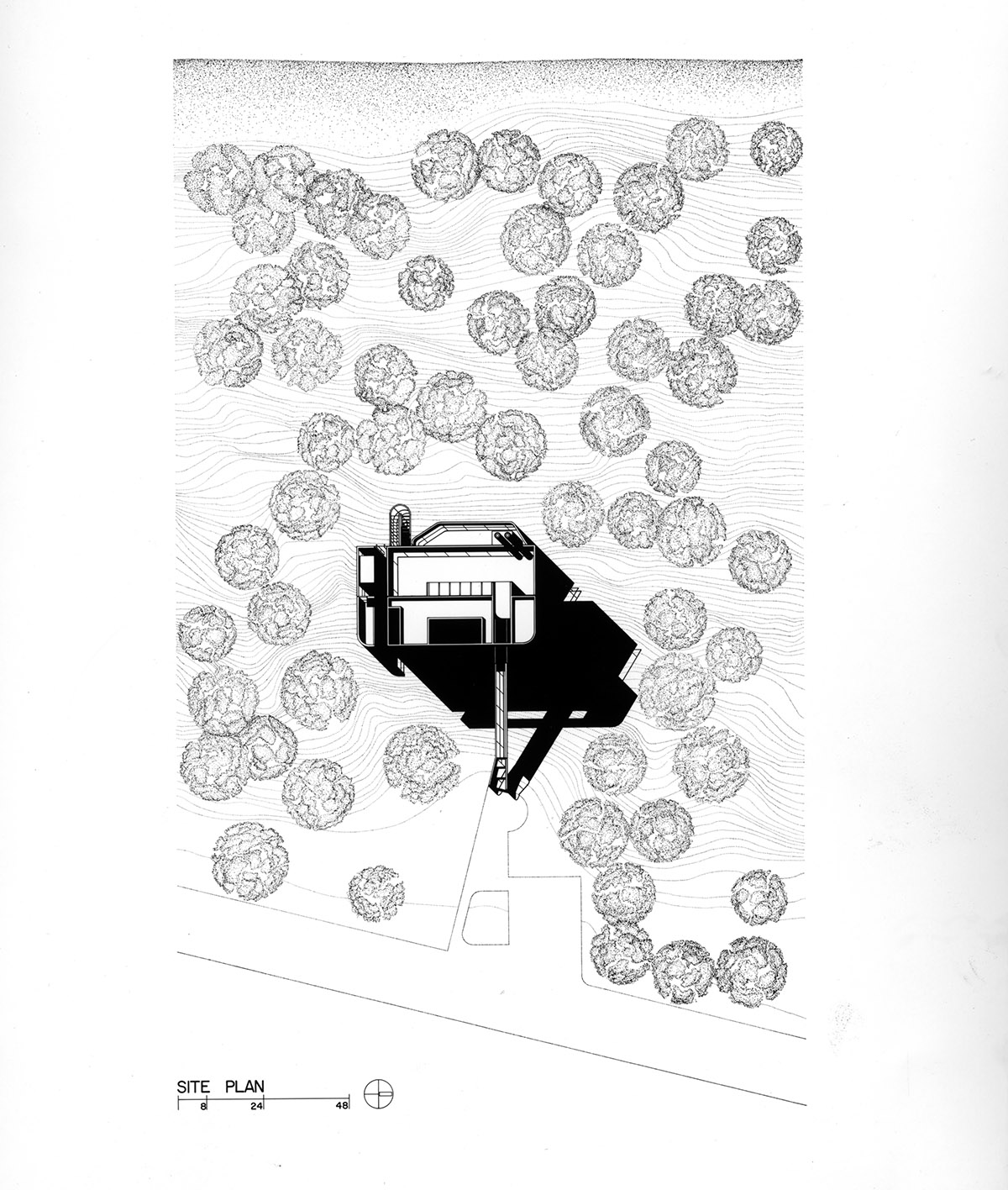 ''We are deeply honored by this historic distinction of the Douglas House, and we are very grateful for all the dedication, care and supervision given by the current owners of the house. Michael McCarthy and Marcia Myers have returned the house to its original intent.'' 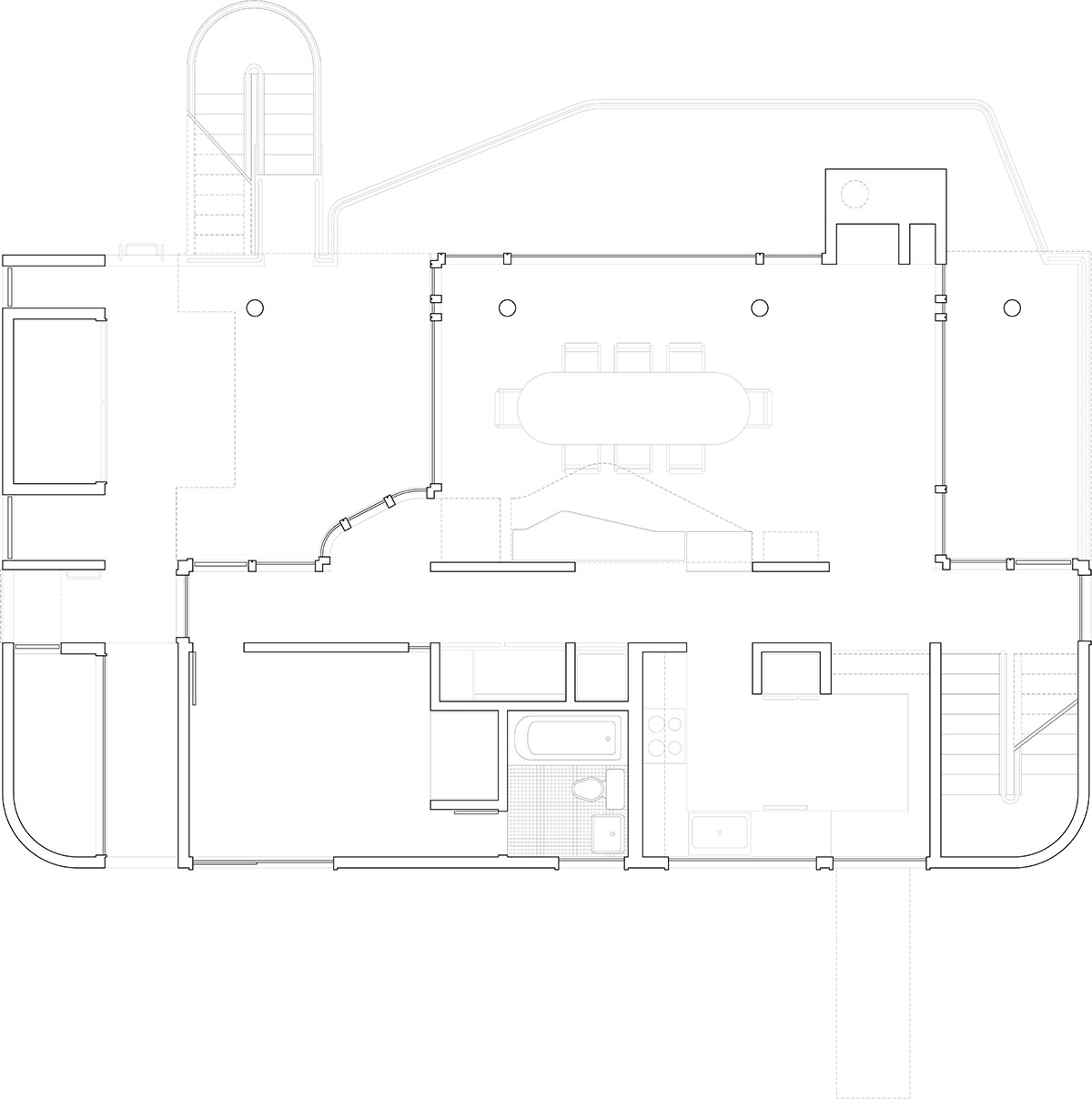 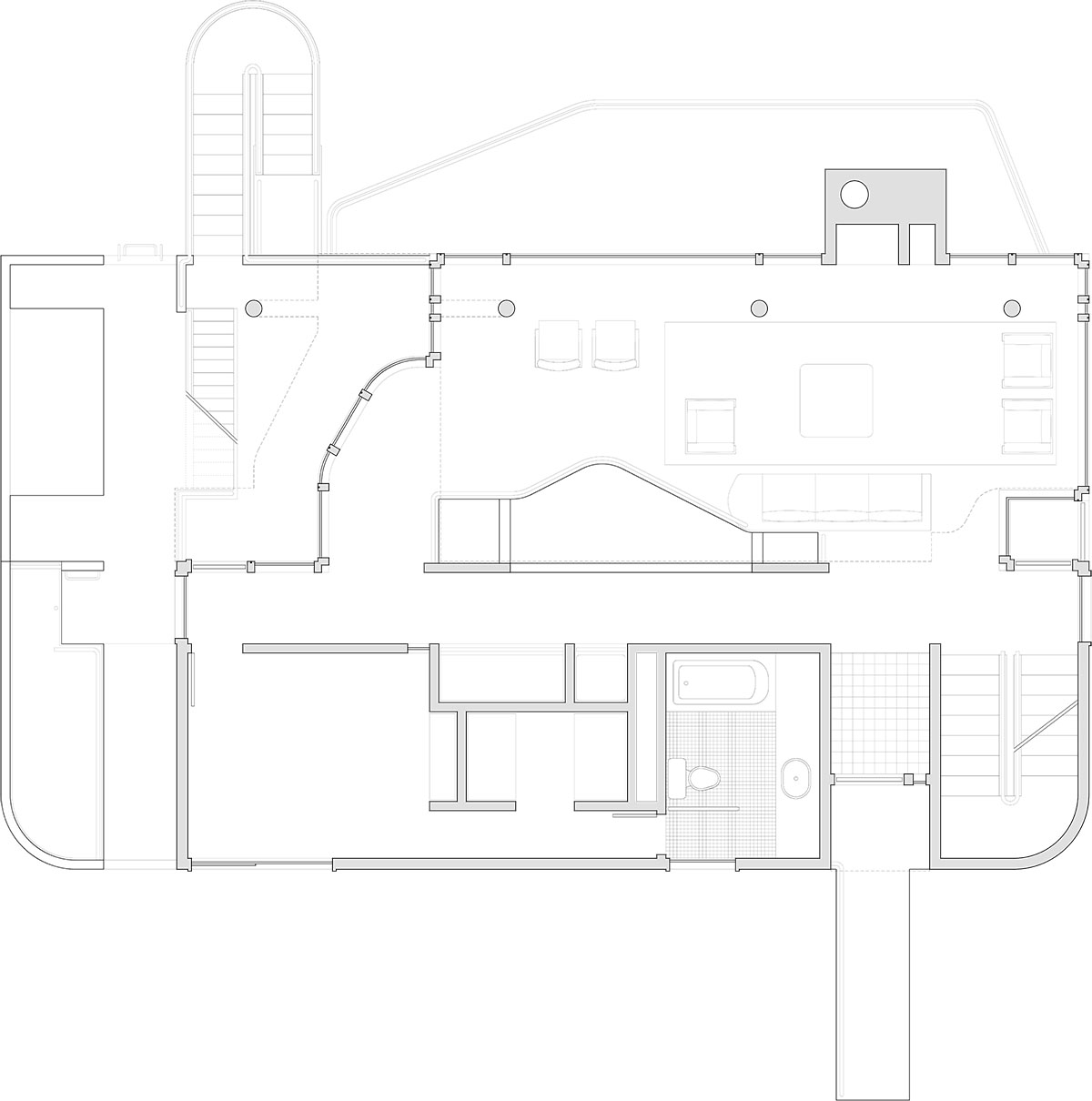 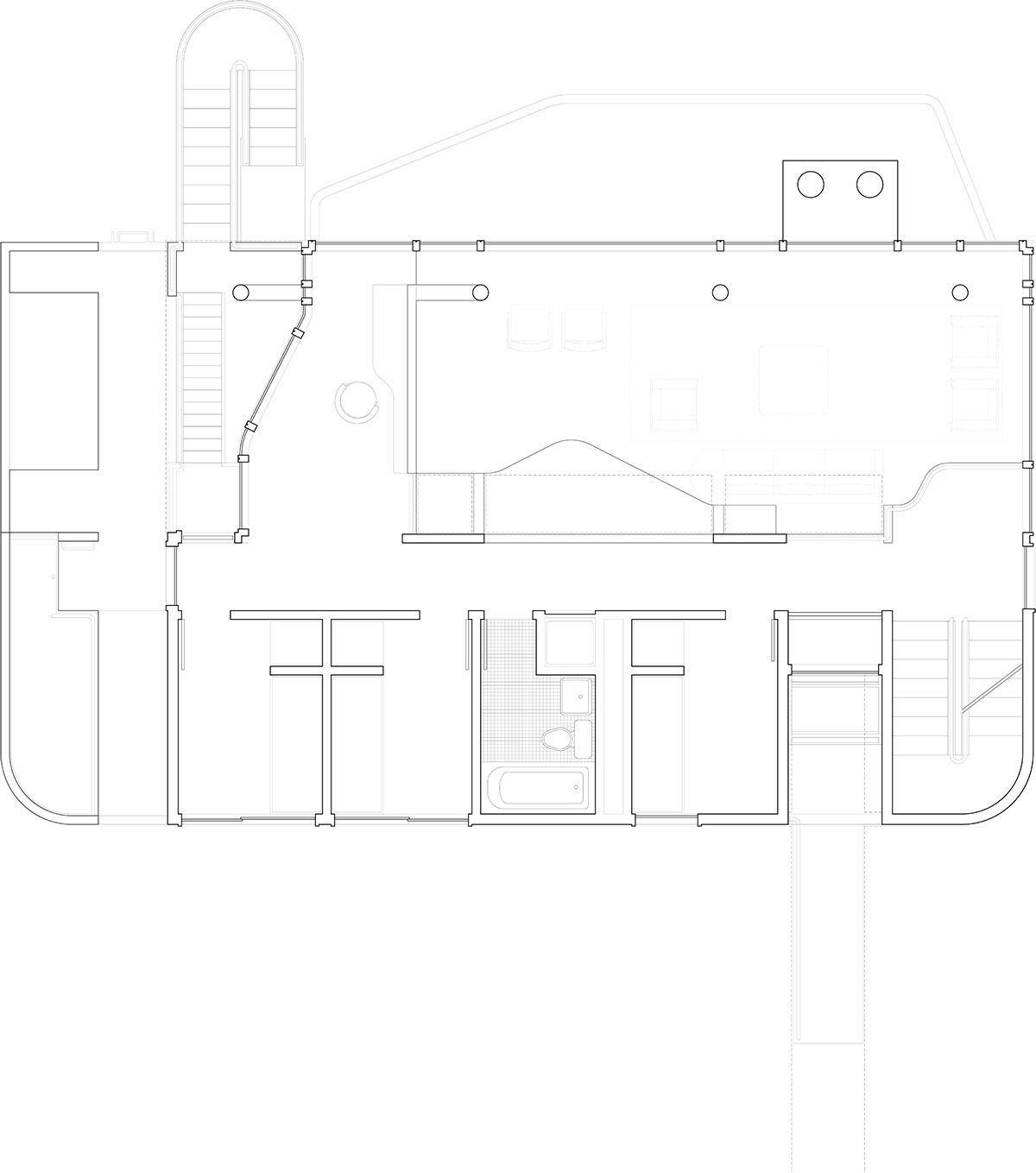 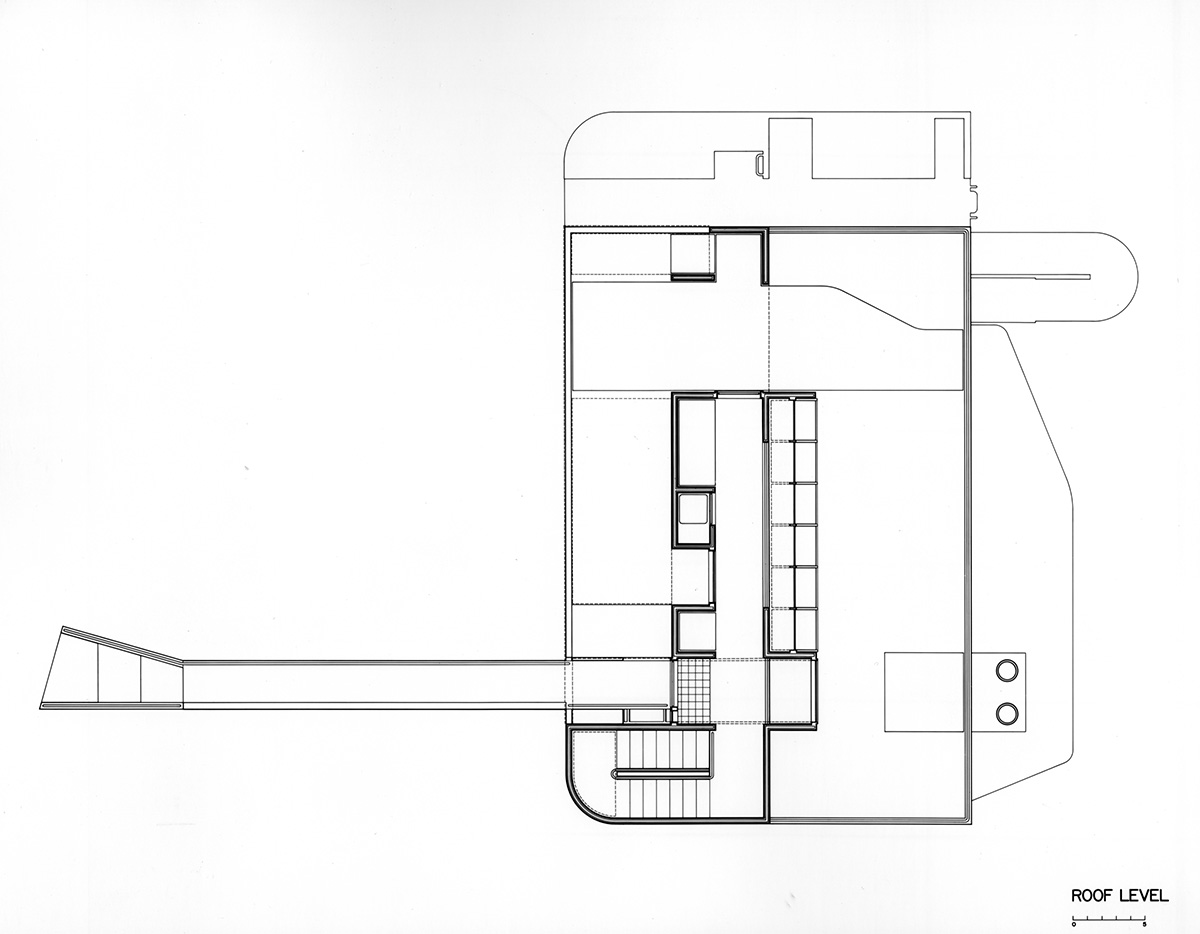 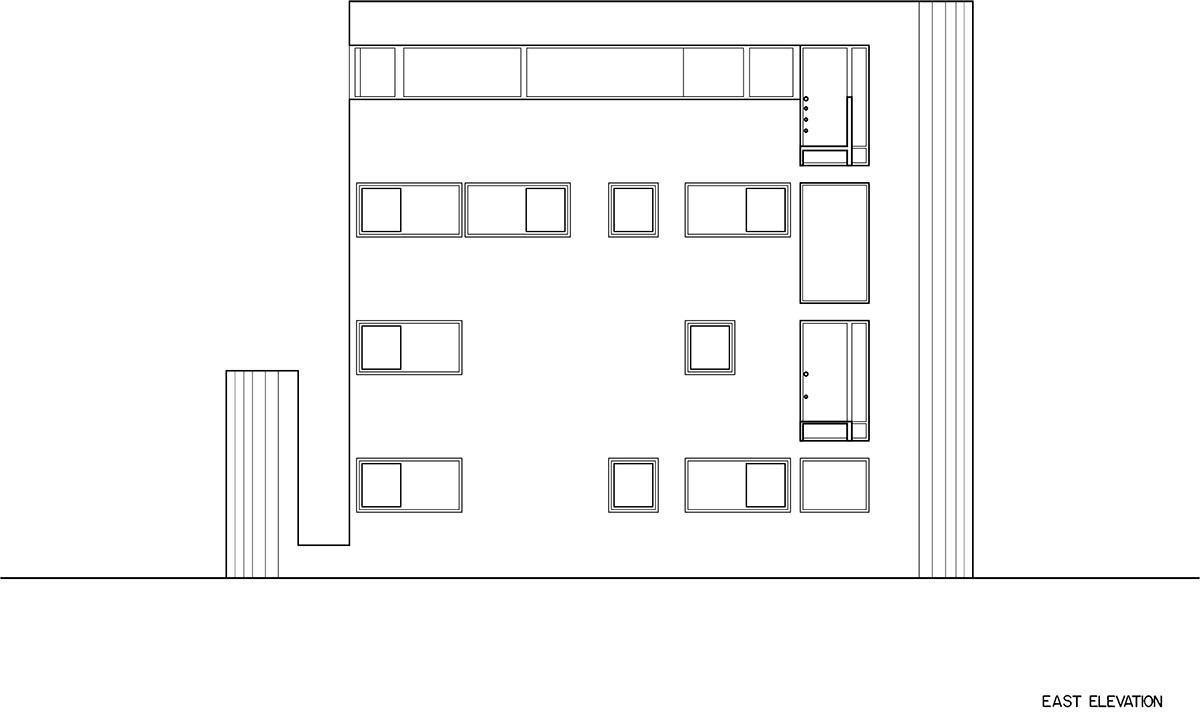 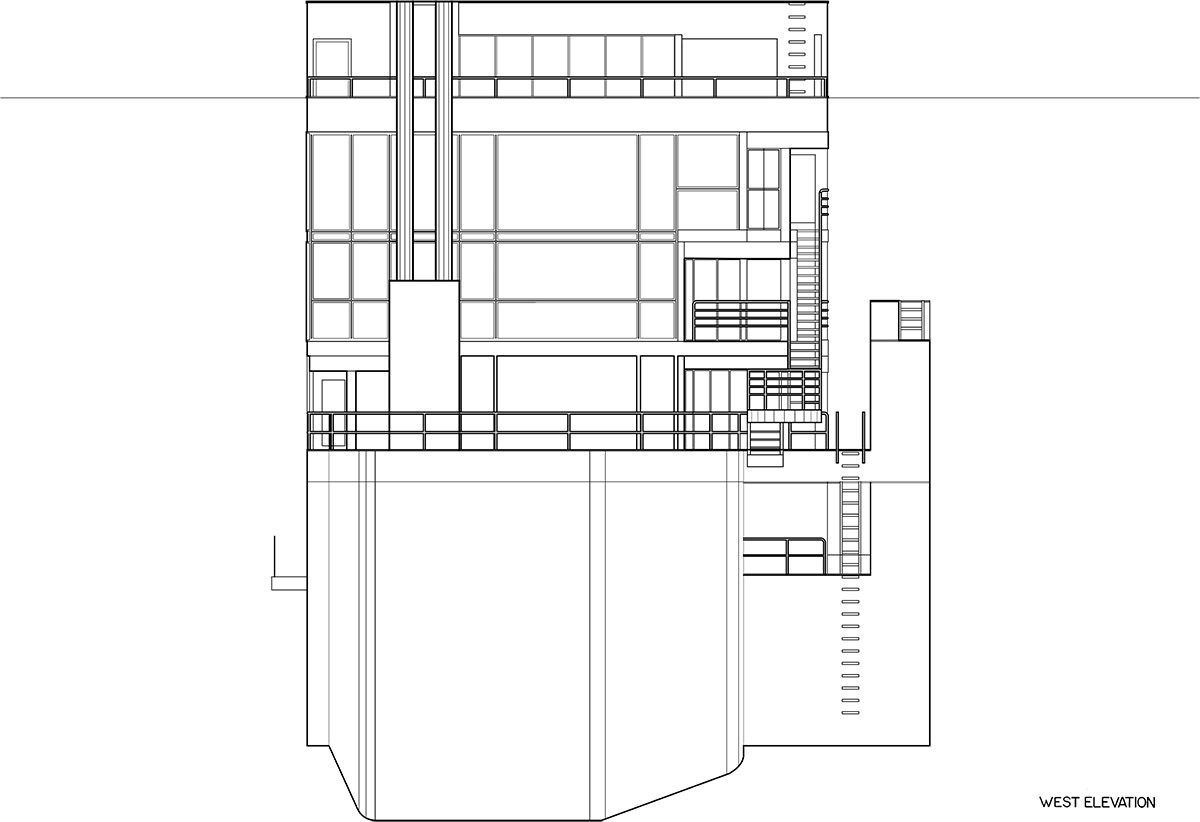 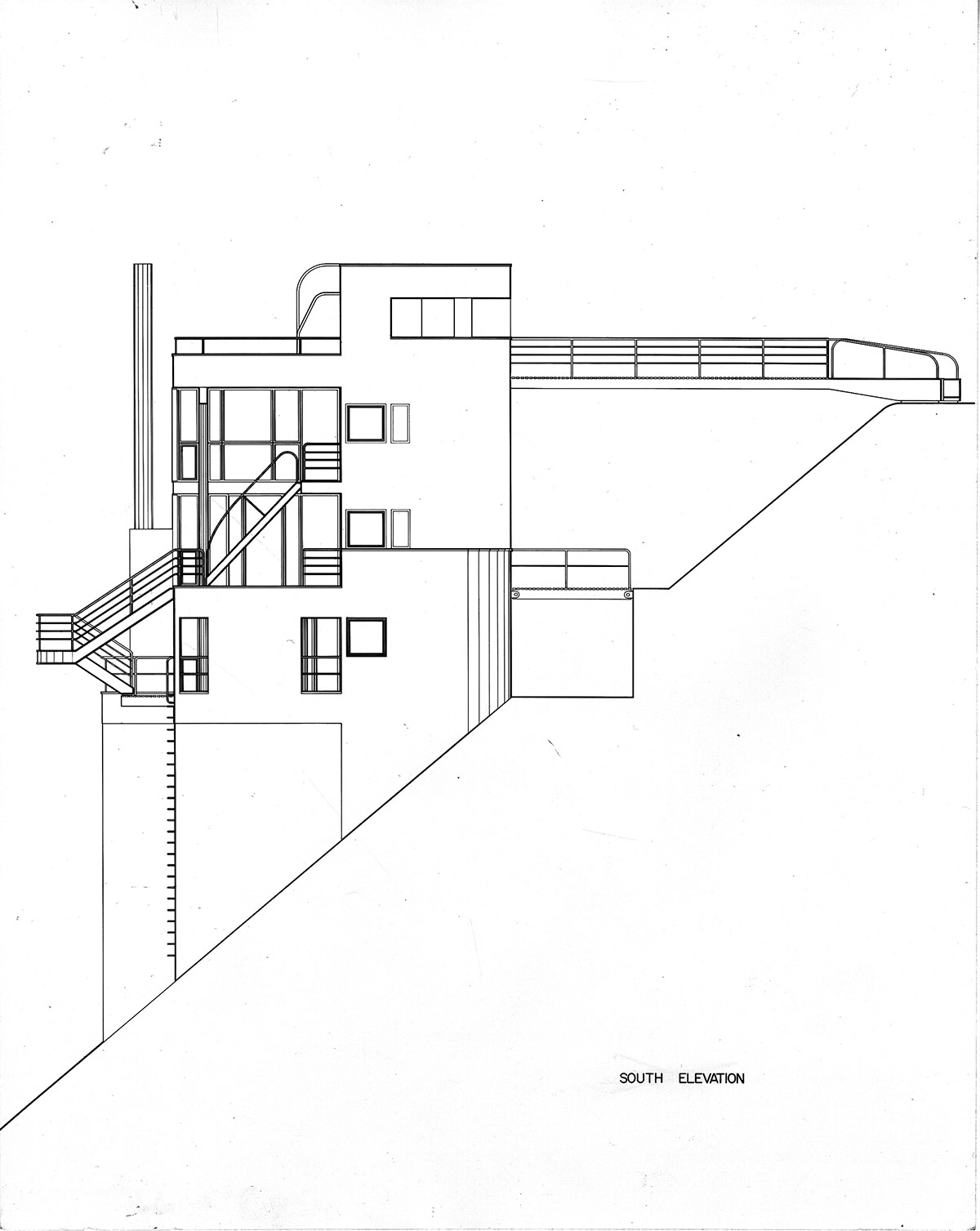 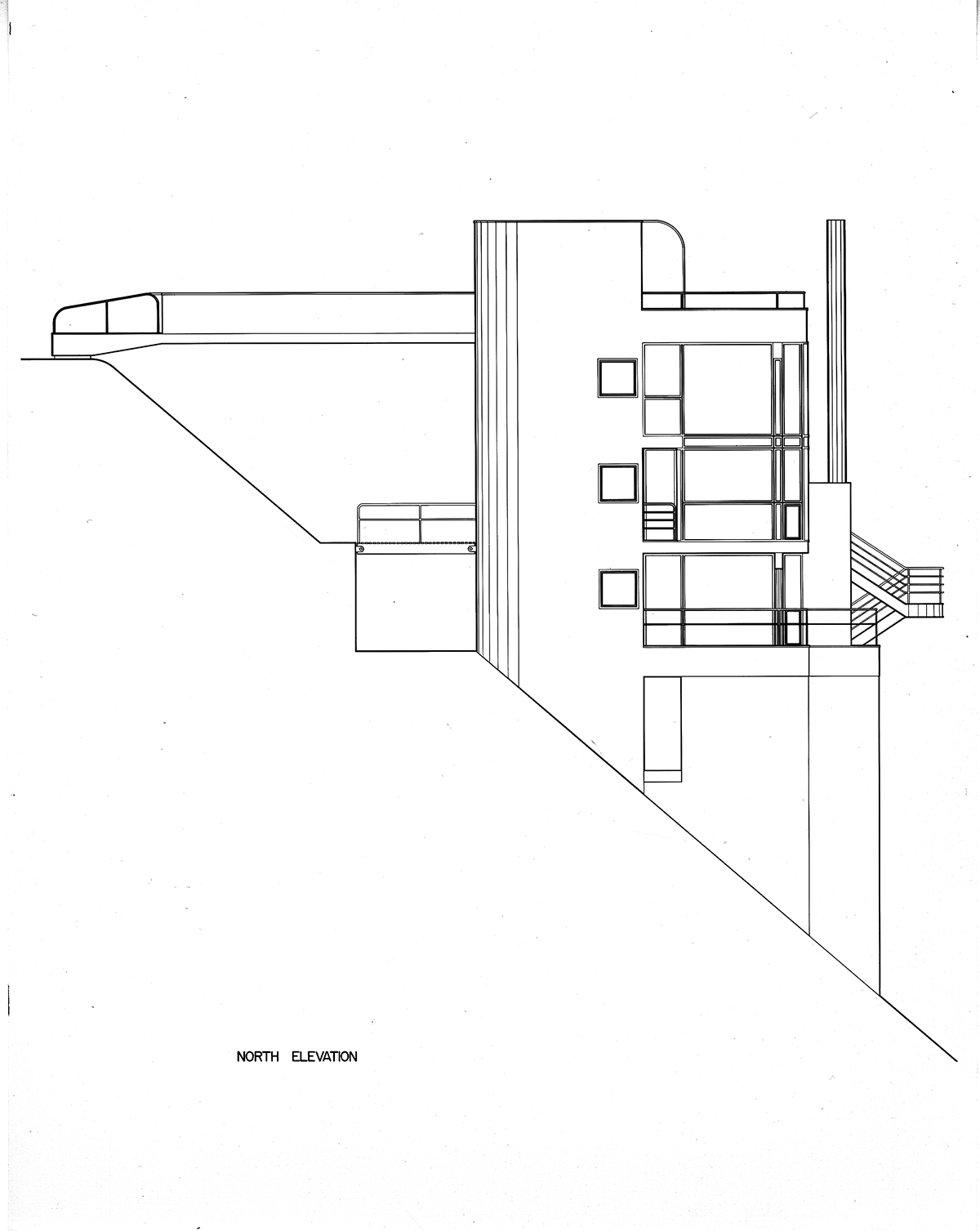 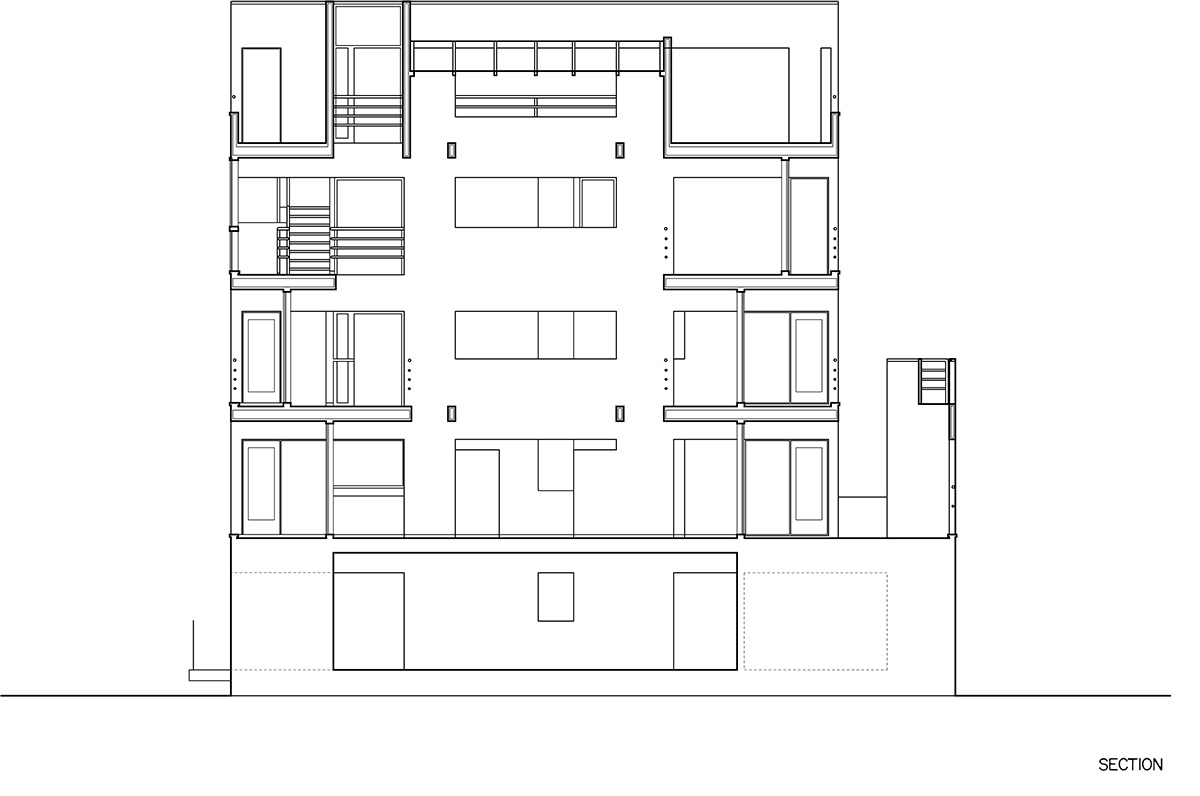