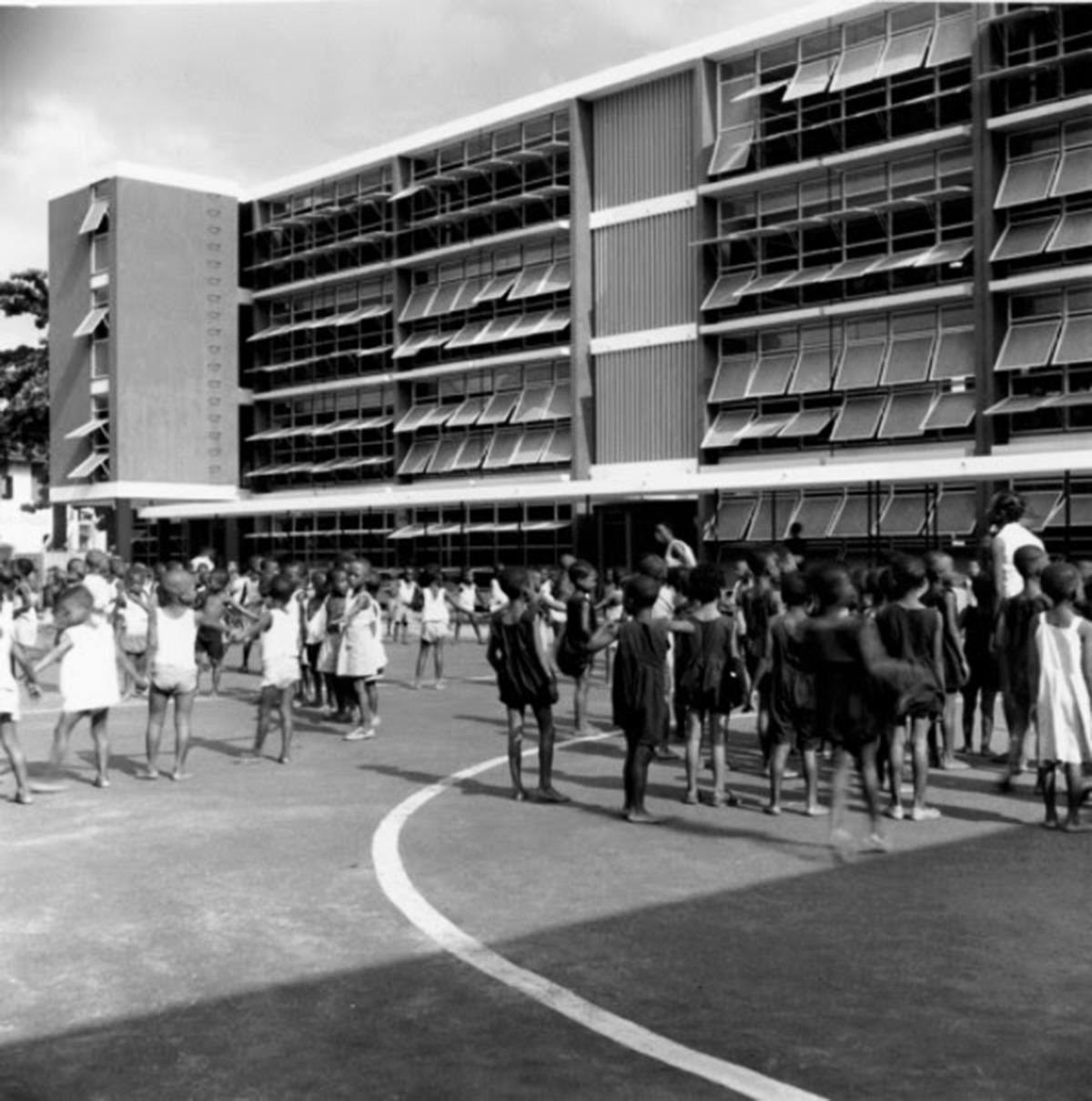 Graham Foundation presents a new talk with Ola Uduku. The creation of an African education curriculum and improved access to education have been central to the continent’s development goals from the dying days of colonization to the present. During the early independence era of the 1950’s and 60s, a significant number of school building projects were commissioned to respond to this need. This period of architectural production in Anglophone West Africa coincided with the constellation of a final tranche of colonial funds, international aid, and the presence of a cadre of young modernist architects, many of whom were affiliated with the Architectural Association’s Tropical School.

Edinburgh-based scholar Ola Uduku will explore the architecture and historic symbolism of some of the most significant school buildings constructed in West Africa during the early post-independence years, discussing the architects and other actors who contributed to their design.

Ola Uduku is reader in architecture and Dean International for Africa at Edinburgh University’s School of Architecture and Landscape Architecture (ESALA). She received her PhD from the University of Cambridge, was Smutts Fellow in African Studies, and has lectured at Liverpool and Strathclyde Universities. Her research interests include: the history of educational architecture in Africa, gated communities, and issues surrounding social infrastructure provisions for minority communities in cities. In 2014 she completed the British Academy-funded Alan Vaughan Richards Archive Project. Currently she is involved in the Conserving West African Modernism Project (with KNUST, Kumasi) and is founding member of ArchiAfrika, a non-profit dedicated to improving architectural education and knowledge of architectural history in Africa. She is also a member of Docomomo International and is supporting Ghana’s membership application. Her publications include chapters and articles in Architecture Beyond Europe (2015); Radical Pedagogies Project (2015); and Designing Schools: Space, Place and Pedagogy in the Twentieth Century (Taylor and Francis, forthcoming), among others