"Lets Run Park Yeongcheon," a theme park about horses and racetrack, will be developed on a 1,474,883-m2 site and is intended to become a local attraction that will benefit the local economy. It will improve the overall image of horse racing and contribute to the horse industry, in addition to becoming exemplary model for theme park development.

The jury of seven members, three Koreans and 4 international design professionals, met from 24 to 25 February 2016 in Yeongcheon. Swiss Architect Stefan Rotzler represented the UIA. Australian architect and UIA Council Member, Peter Mould, acted alongside a legal representative as an official witness to the jury proceedings.

The jury awarded three prizes and eight honourable mentions for projects that successfully integrated the themes of horses and nature with the local history and culture.

According to the jury, ‘The Park EverYoung’, provides “a strong, recognizable masterplan that cohesively brings together the major components of the brief requirements in a coherent landscape.” The jury praised the “unique and extraordinary racetrack” situated with a “sound consideration of the topography”, “an undulating and flowing landscape approach” and a “fresh and memorable use of water.” 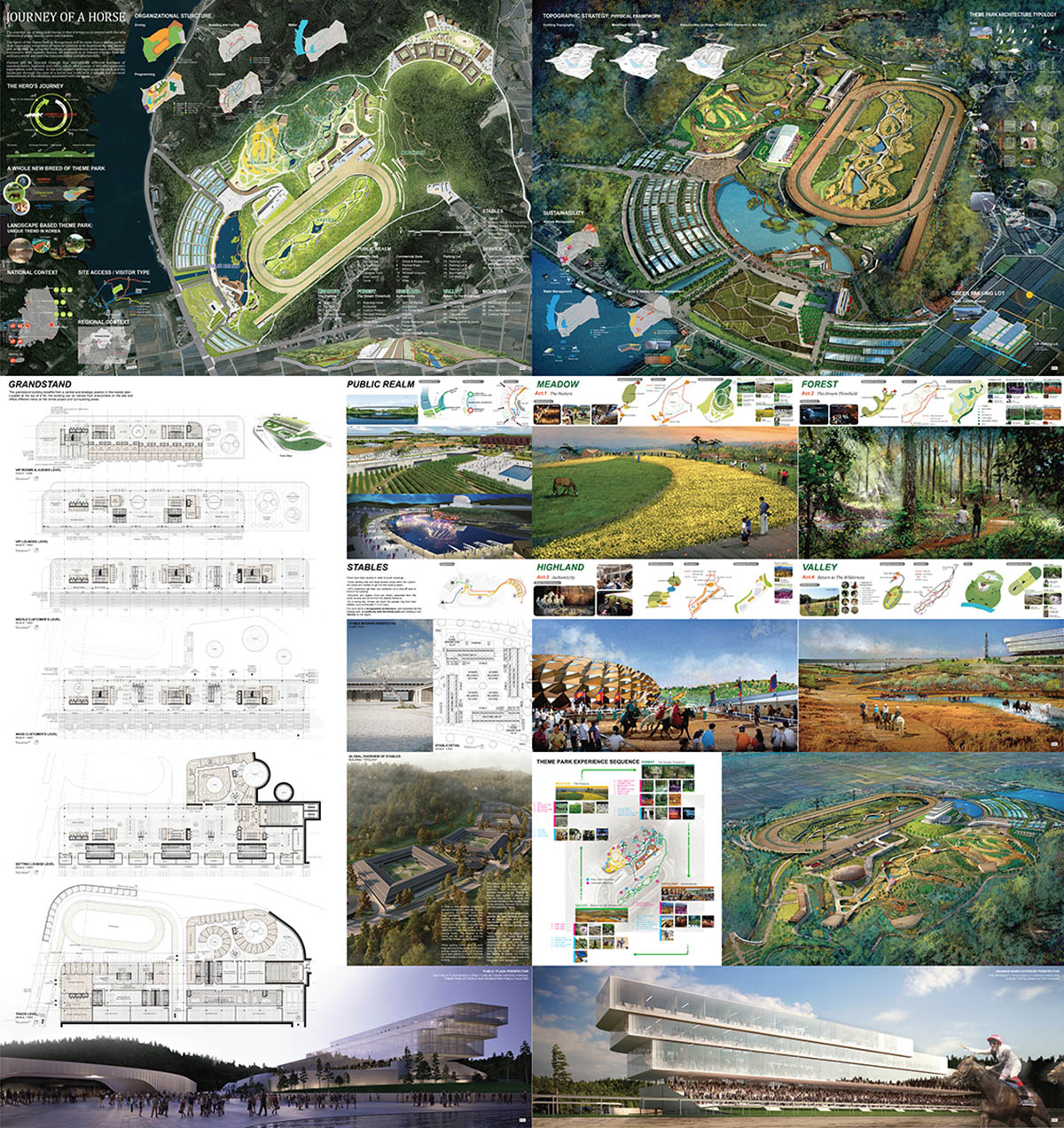 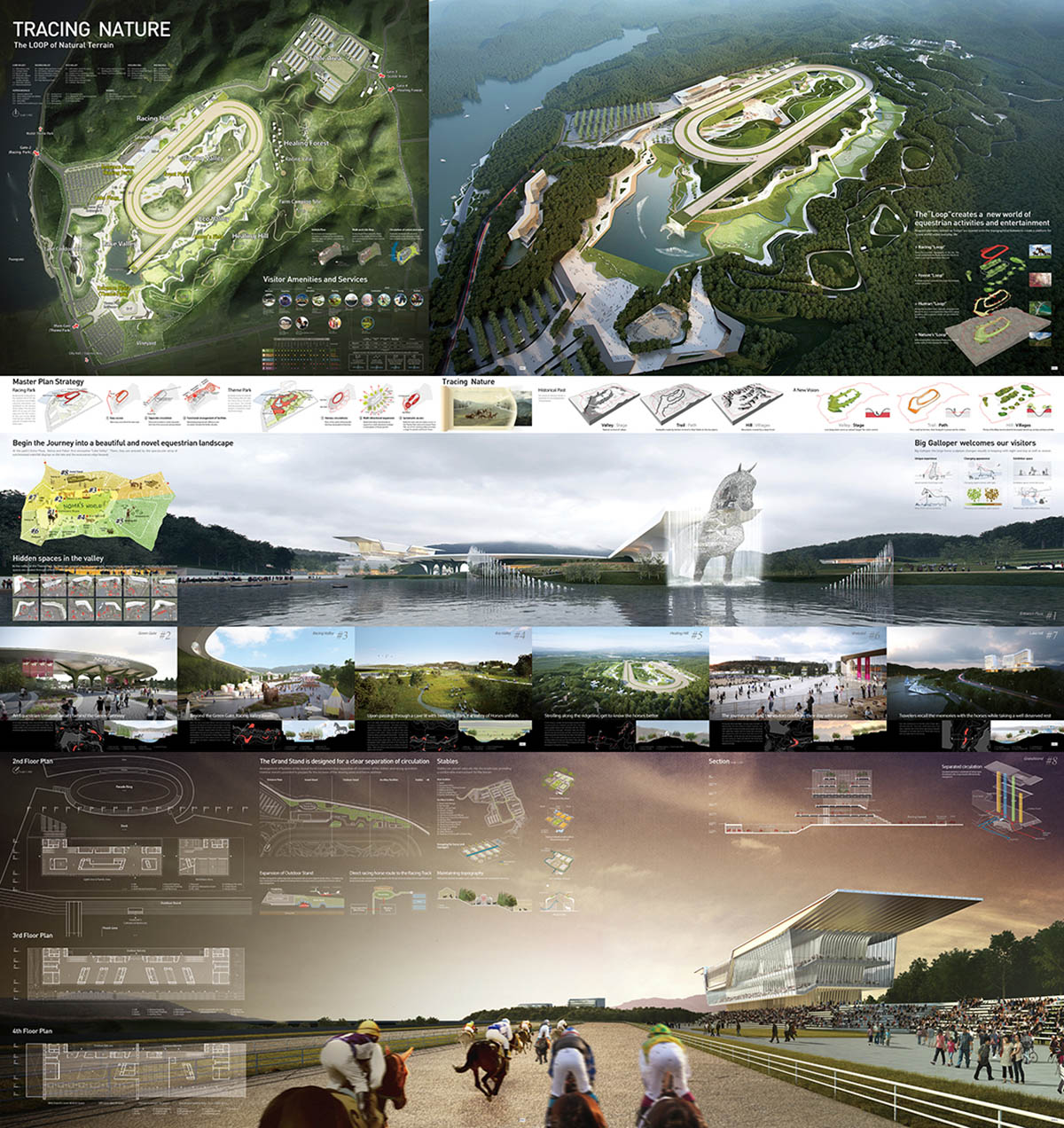 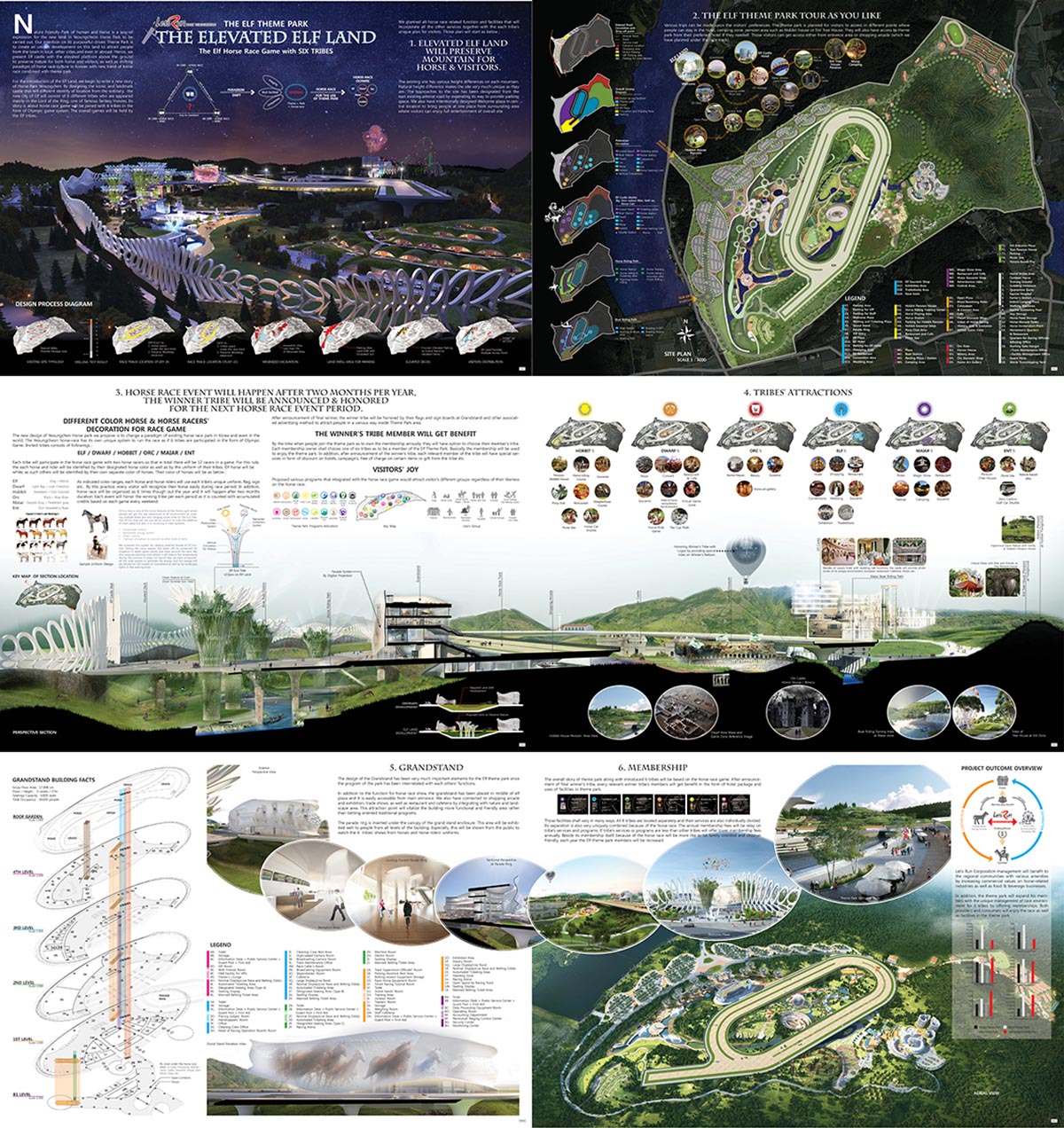 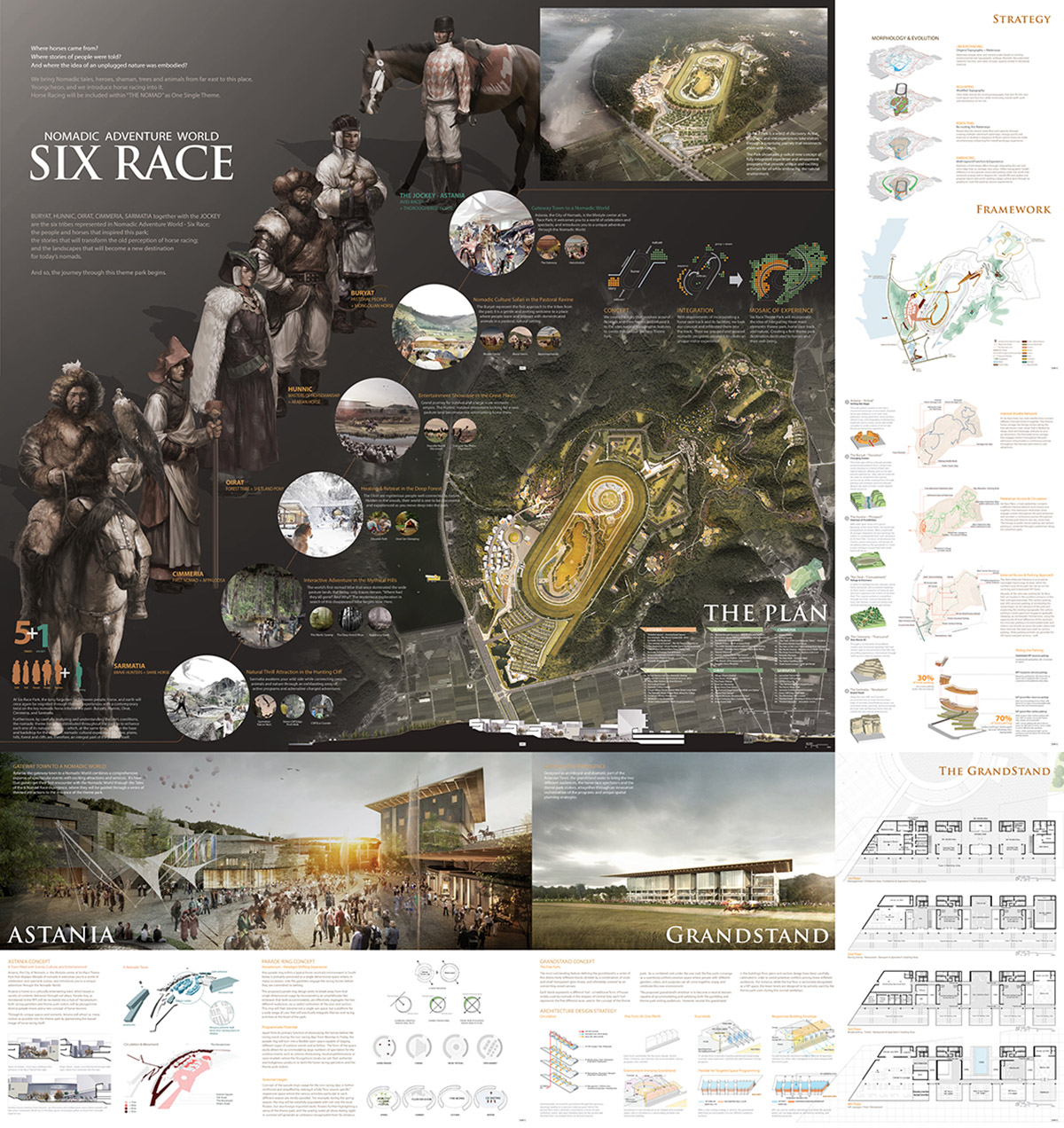 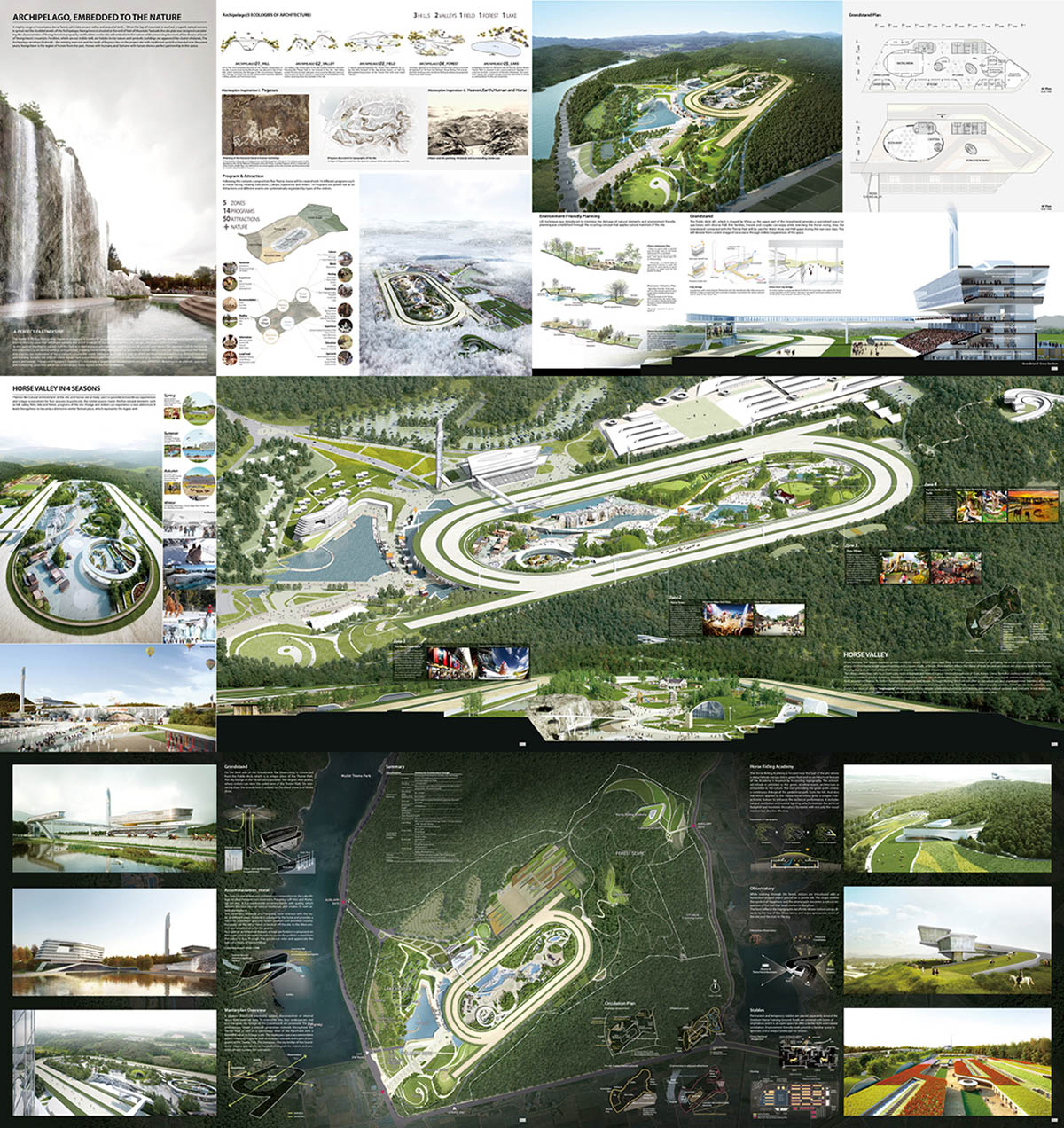 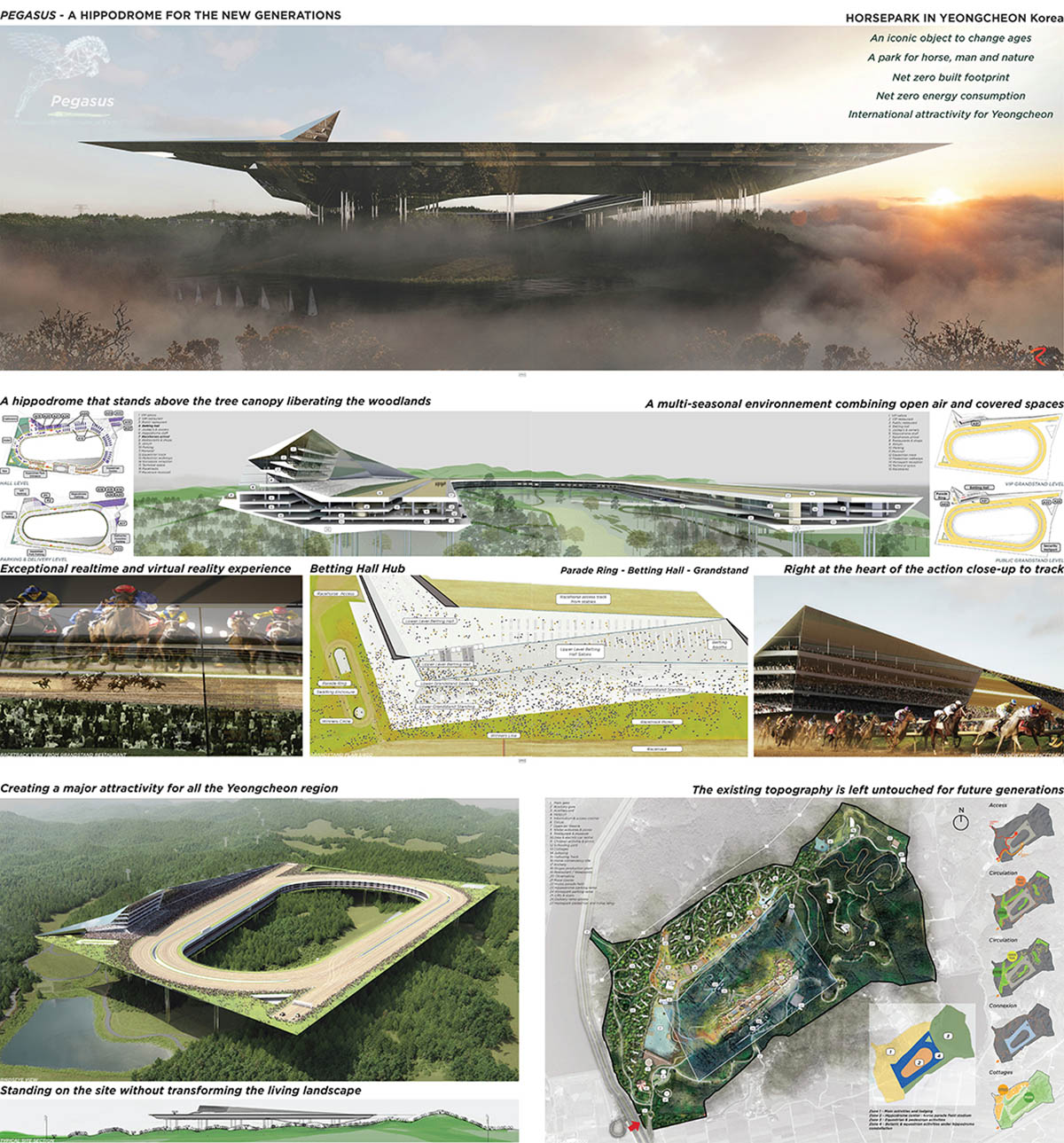 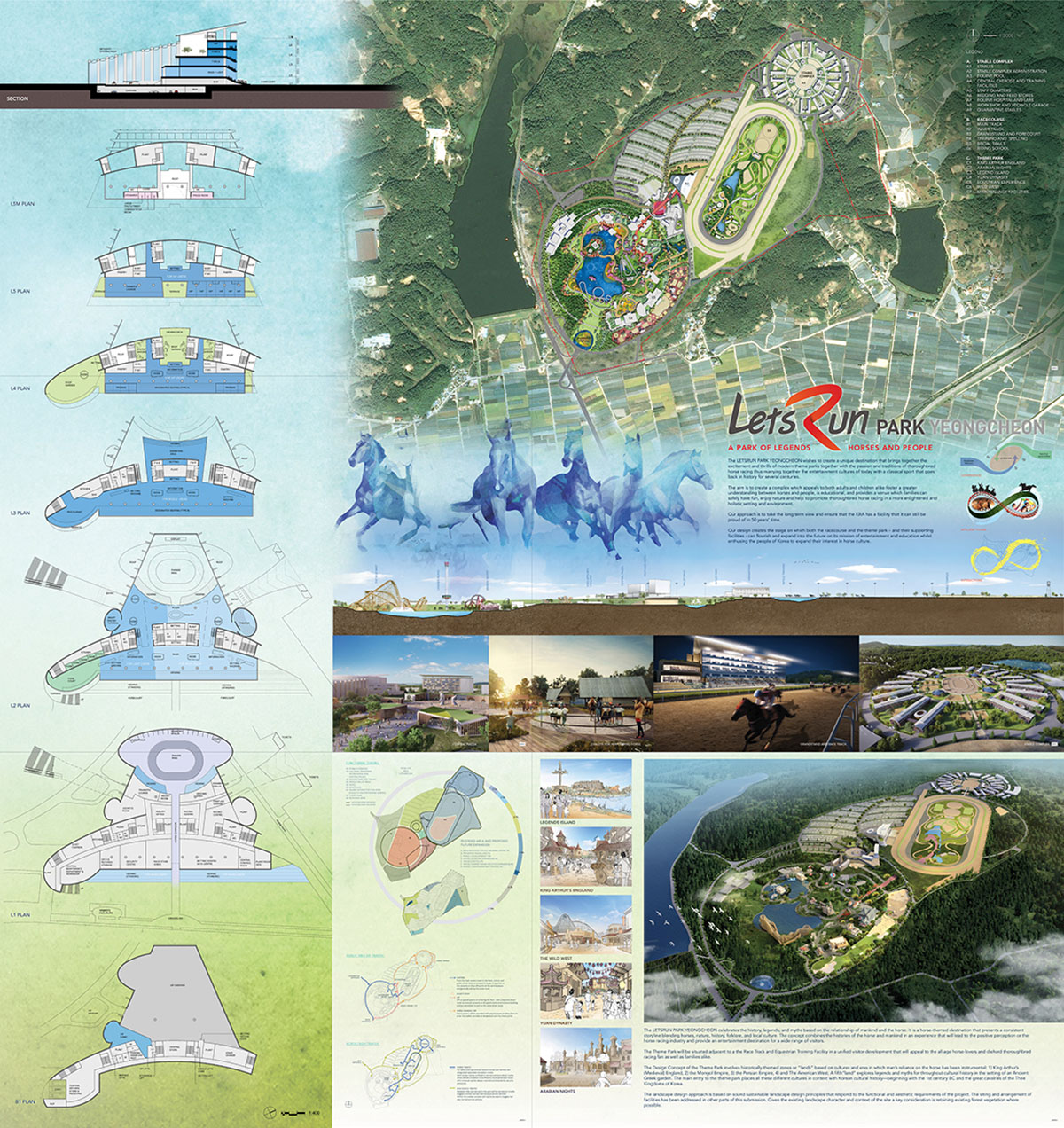 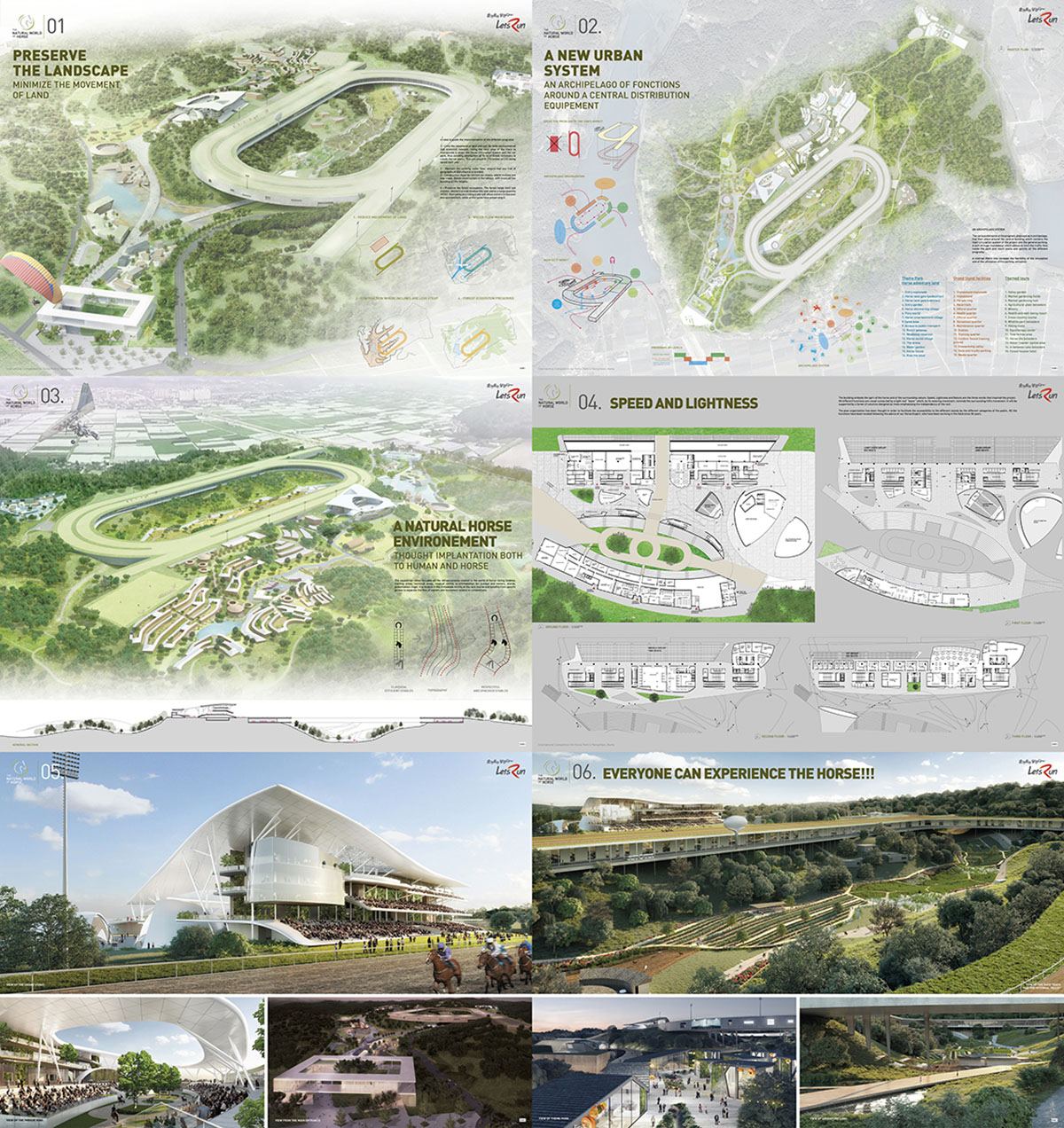 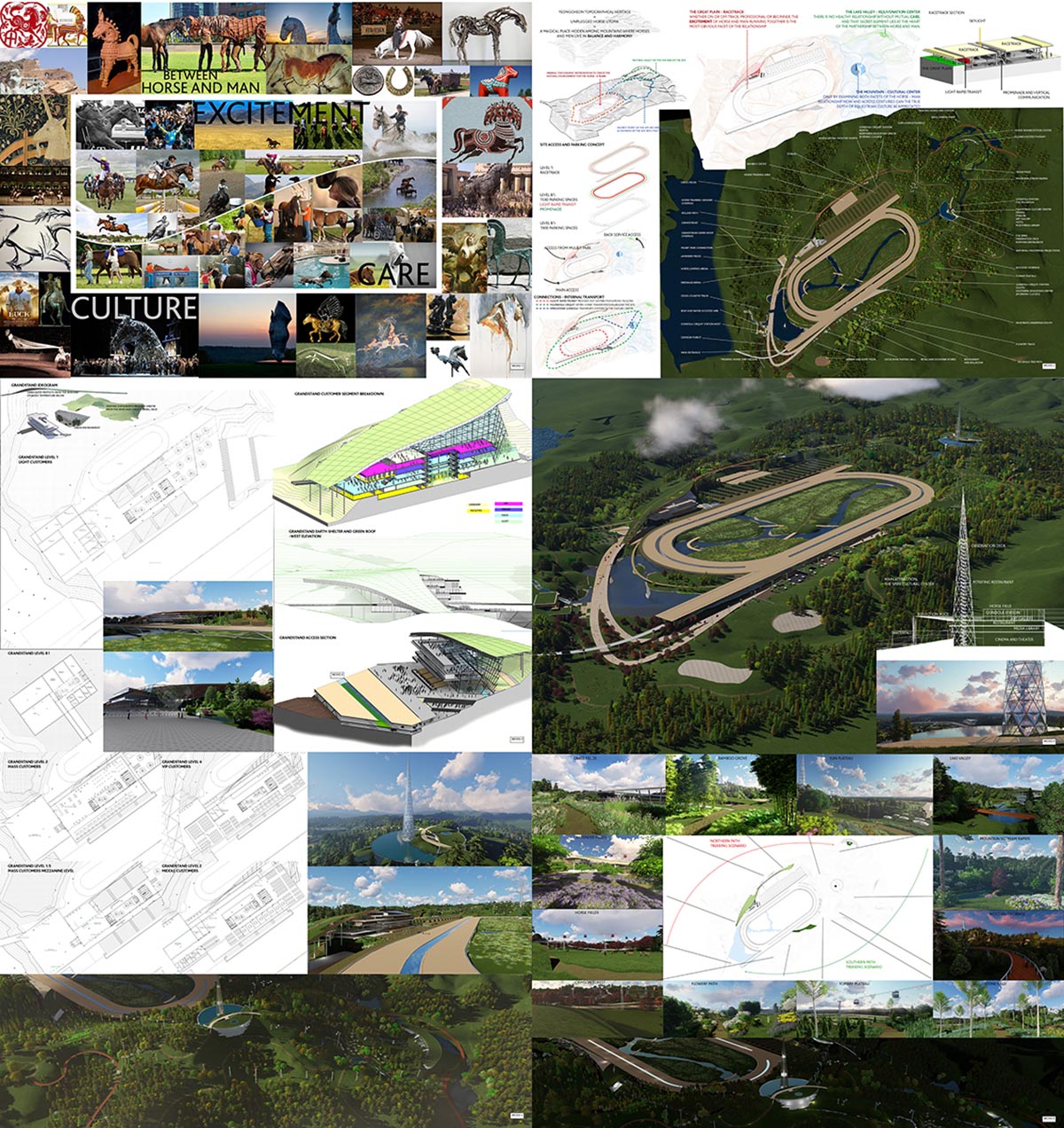 Between Horse And Man-Marcus Barnett Landscape and Garden Design, Squire and Partners
all images courtesy of Horse Park Competition
> via horsepark.kra.co.kr/en/, uia.archi