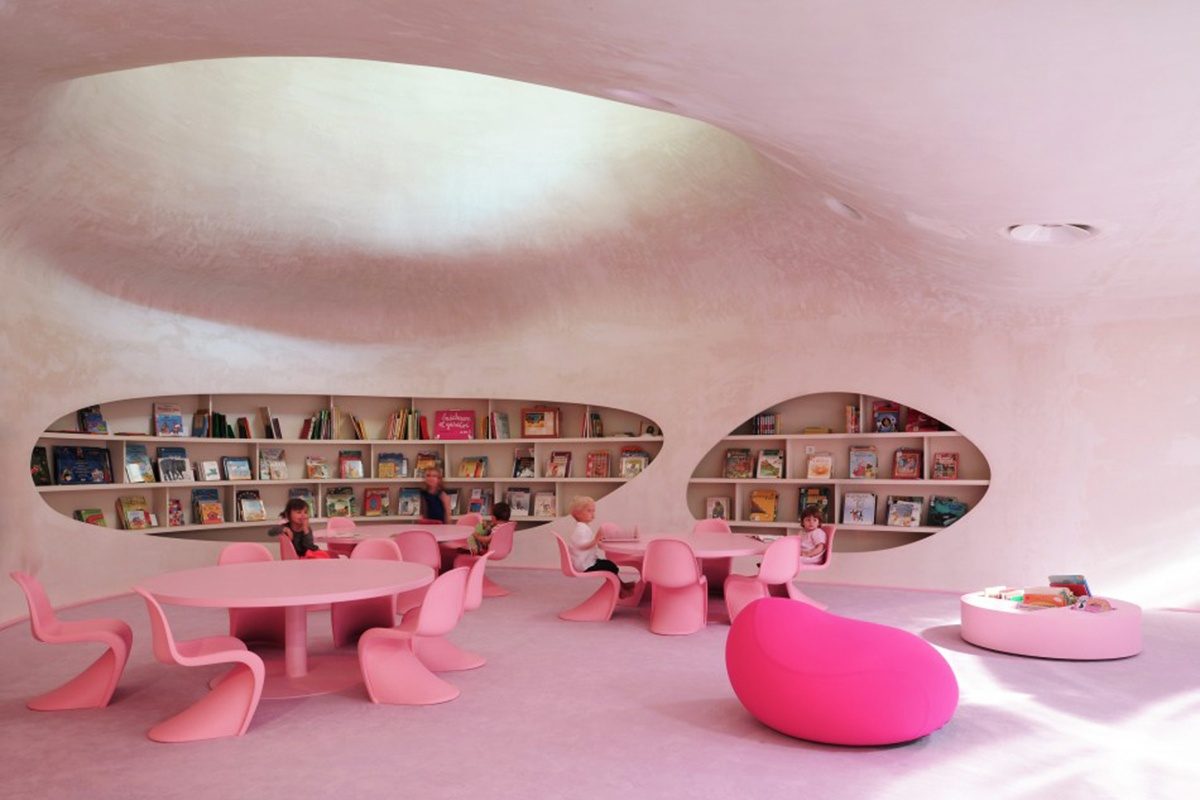 Dominique Coulon & Associés, a French-based architecture studio, designed a fluid and playful spaces for the classrooms of the ‘Saint-Jean’ group of schools in Strasbourg, France, which challenges to the monotony and repetitiveness of this highly rational 1960s building.  The design of the school helps not only to clarify routes but also to work towards achieving energy performance targets. 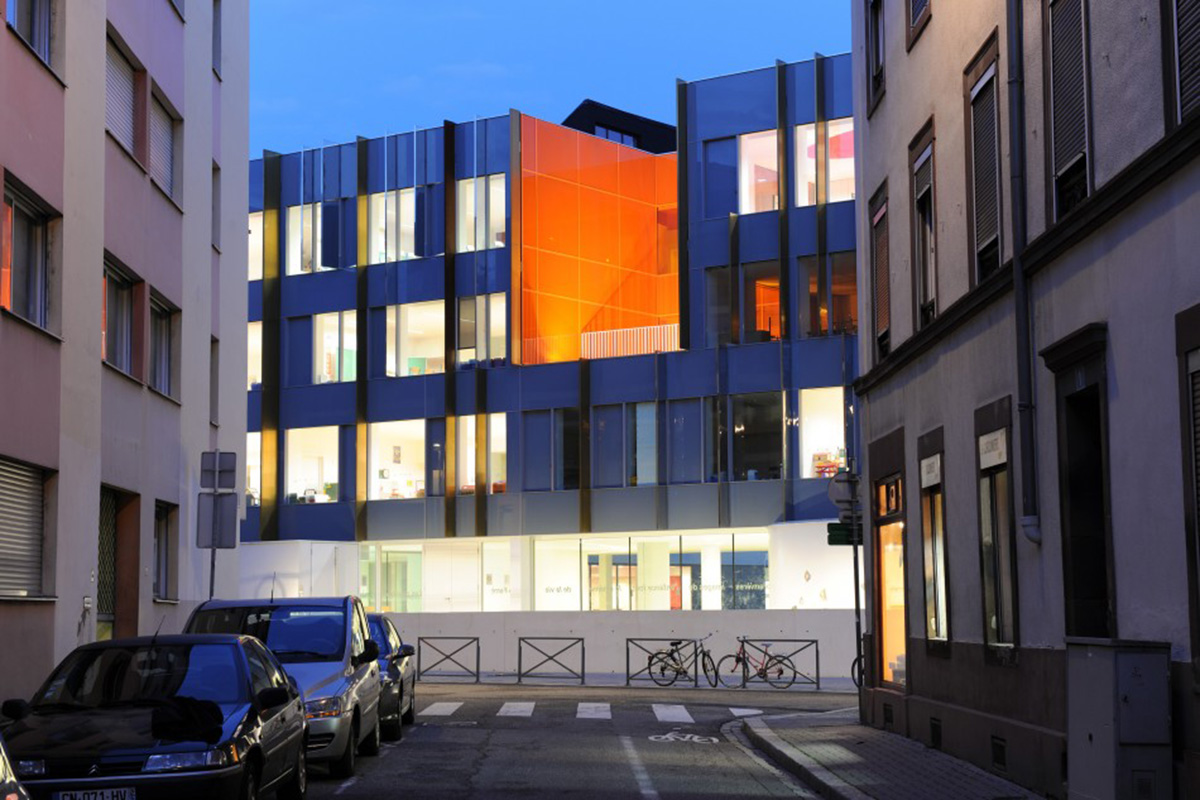 The project requalifies the public forecourt, making it secure and dividing it into a number of sequences by means of a low boundary wall, a single ramp, and two sets of wide steps. This arrangement directs the children towards two separate entrances, one for the nursery school, and one for the elementary school. The ground-floor spaces, including the halls, have been rearranged as fluid, welcoming spaces with rounded, playful, dynamic shapes. The curved shapes contrast with the regularity of the classrooms and lend emphasis to special moments in the days such as going to the library and letting off steam in the playroom. 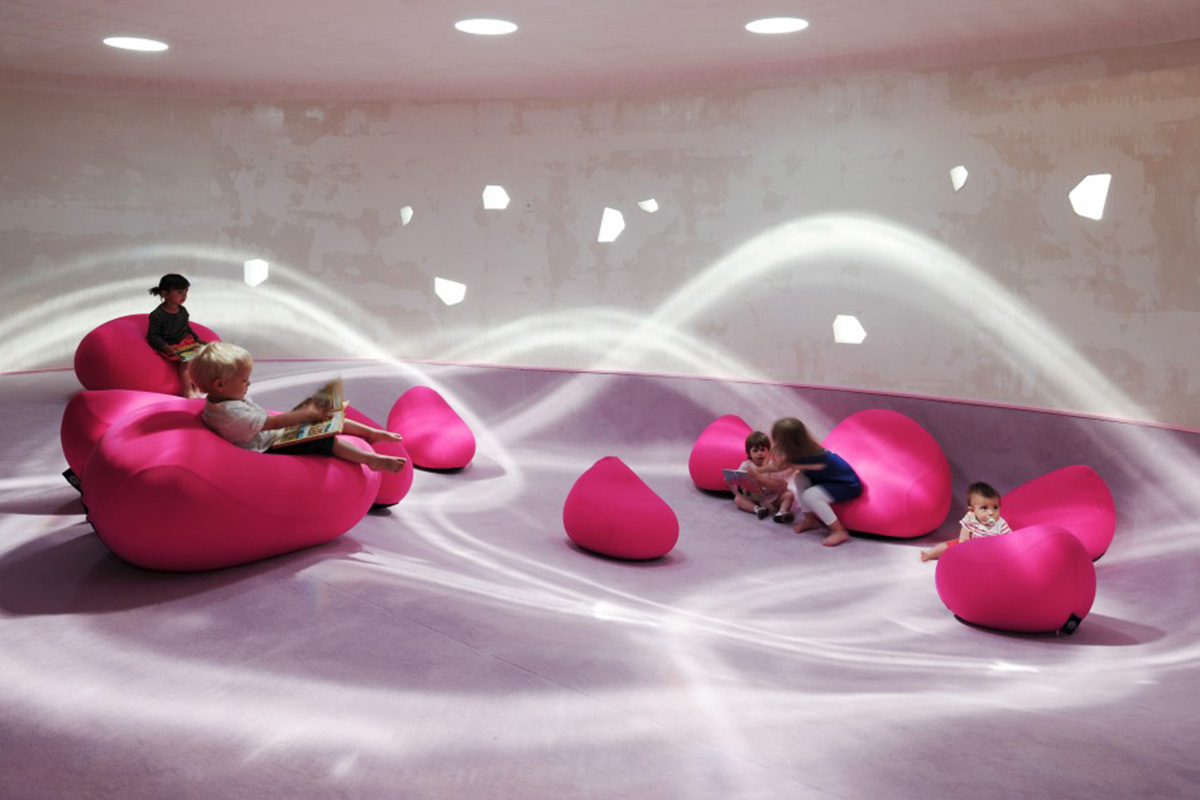 These spatiotemporal landmarks enable the child to appreciate the rhythm of daily routine. A number of scientific studies back up this theory, and we have drawn up our plans in collaboration with the neuroscientist Professor Claude Bonnet. The playgrounds have been redesigned following the same logic as for the halls. The planting system, the acoustic treatment of the walls, and the different materials all help to break up the monotonous, of the existing playground. 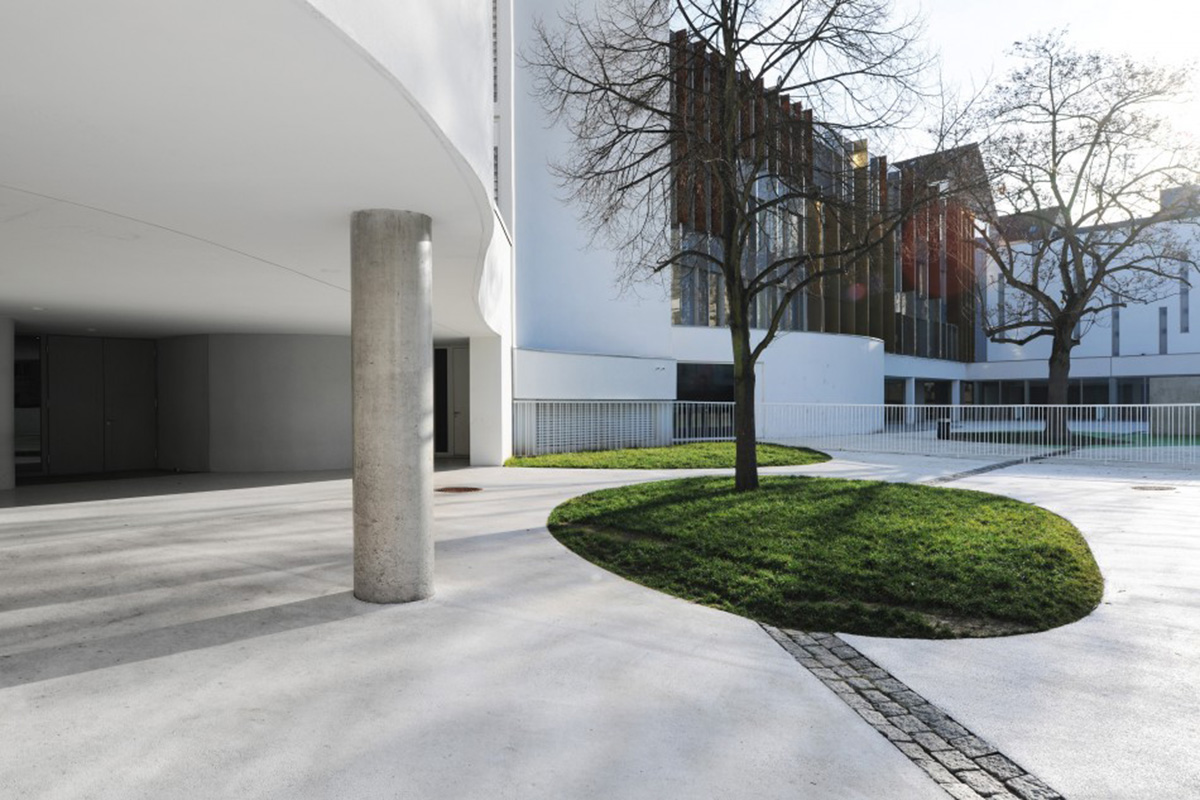 The existing building was on three identical levels, with one central corridor serving classrooms on either side. The space occupied by the nursery school is on the first floor, while the second and third floors are devoted to the elementary school. The studio has broken up the traffic areas by bringing in light in different ways, providing visual landmarks and a considerable degree of comfort. 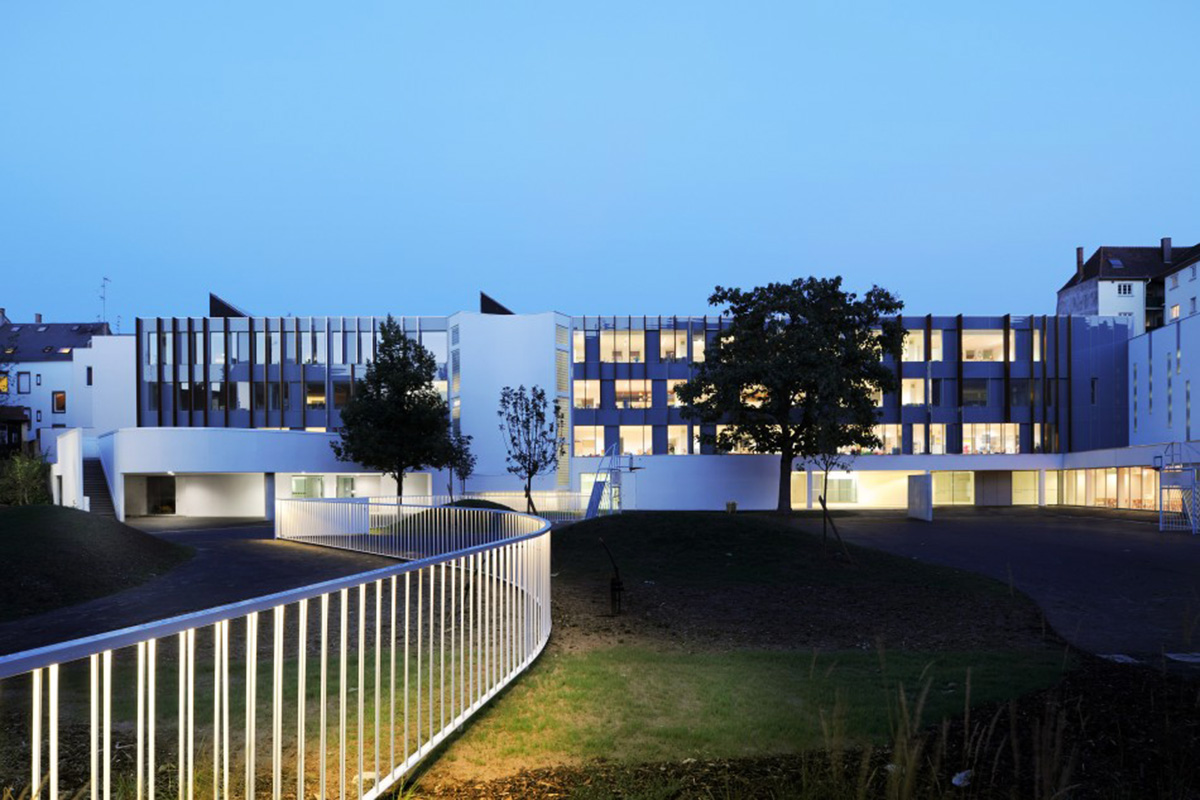 The facades have been completely covered over and insulated on the outside. Since the diagnosis revealed a number of horizontal cracks, we reconsidered the heights of the windowsills and aligned them with the tables in the different sections. To deal with the current problem of overheating, vertical slats have been fitted on the outside to provide protection from sunlight falling obliquely. 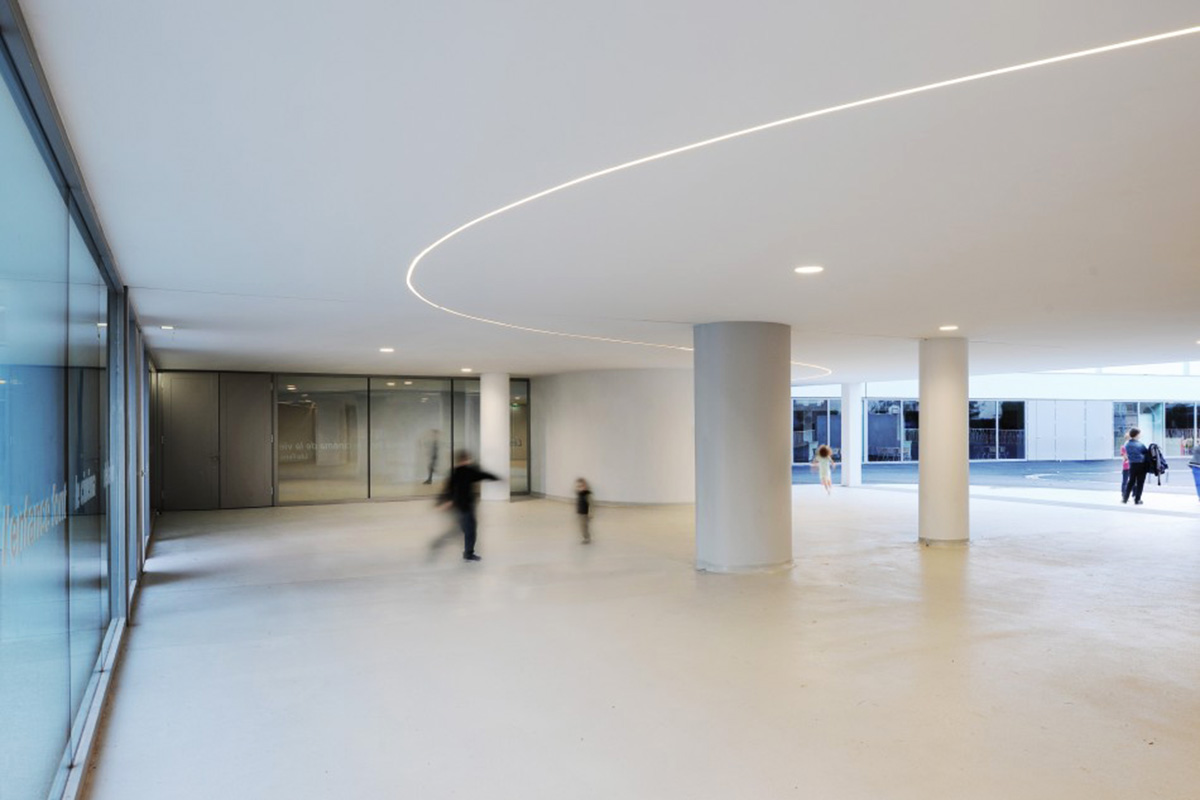 Each classroom is fitted with roller blinds and double-flow ventilation. The studio has even managed to achieve an energy figure lower than that requested. The terraced roofs are of different types. The sports hall has not been touched, since work was carried out on it recently. The roof of the classroom building has been planted, and photovoltaic panels fitted on the three new light wells. 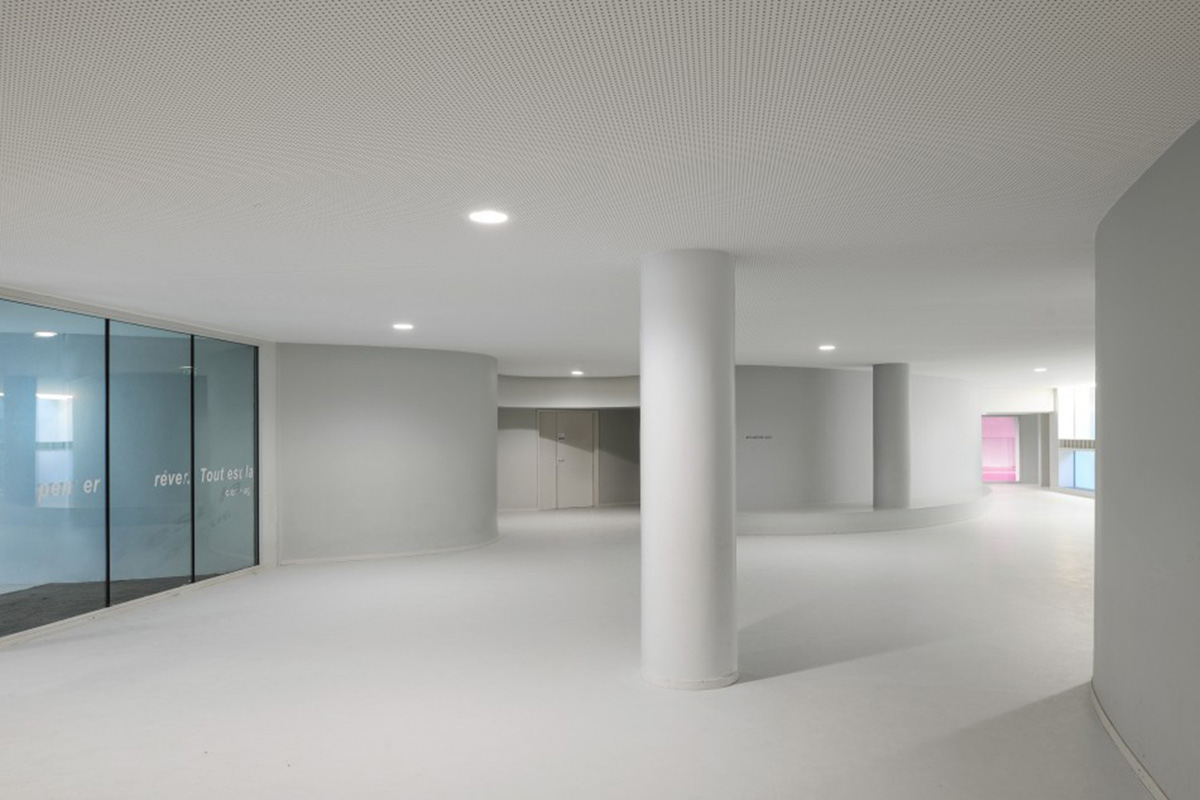 The leitmotiv of the project is spatial diversity. Each space takes on a strong identity to create the landmarks that are essential in such an imposing building. Dominique Coulon & Associés have also added a touch of gentleness and poetry so that both pupils and staff will be able to thrive in a calm environment. These spaces constitute an innovative educational tool. 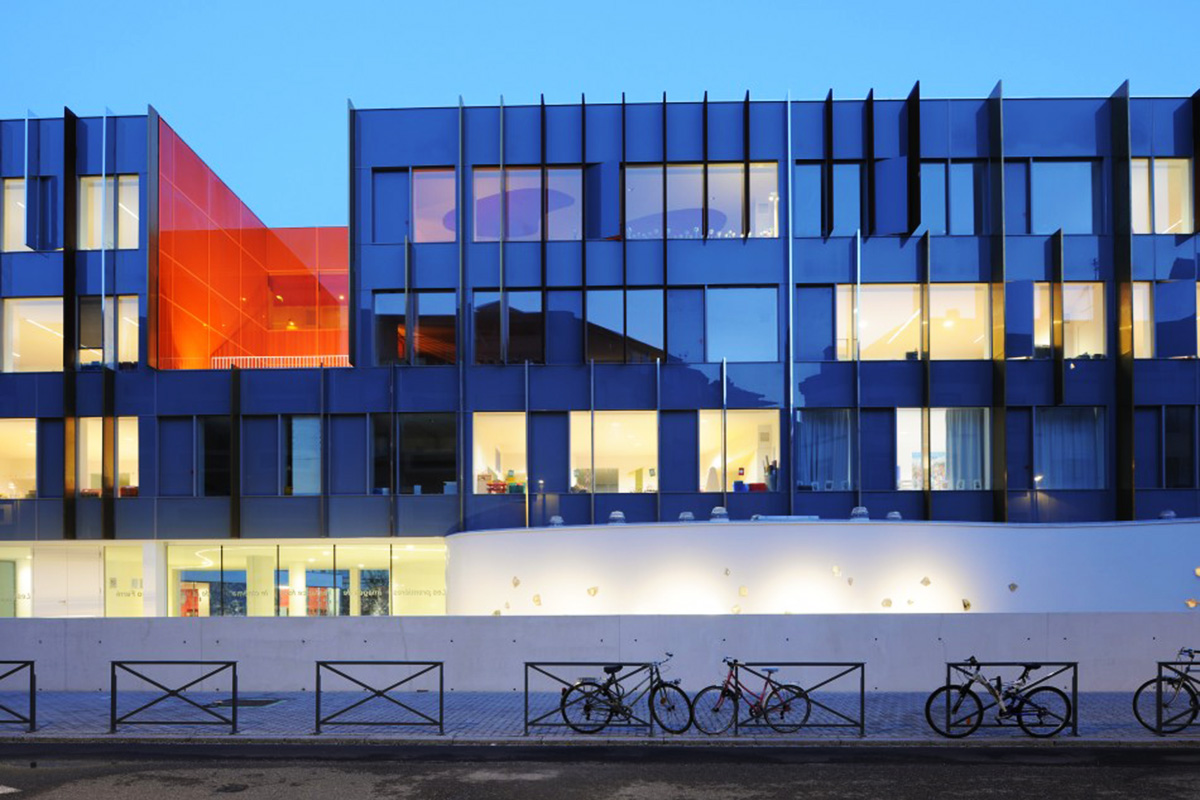 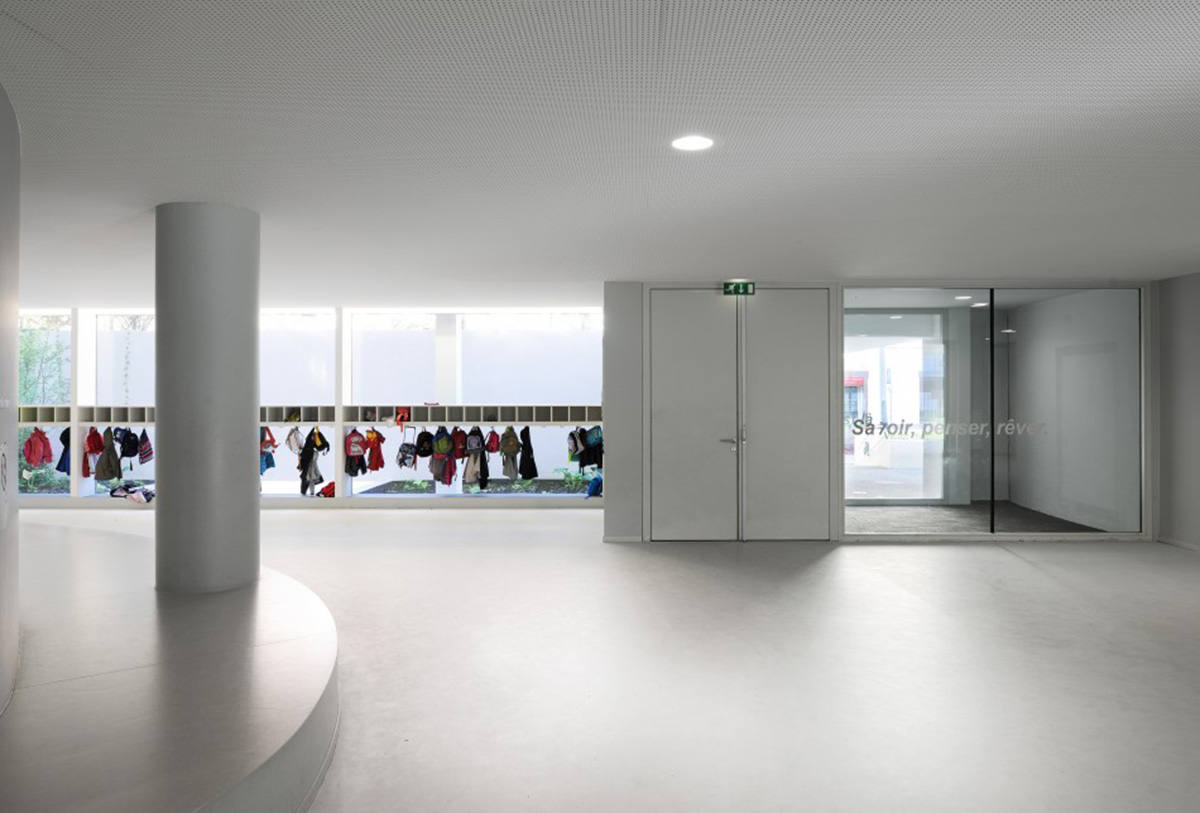 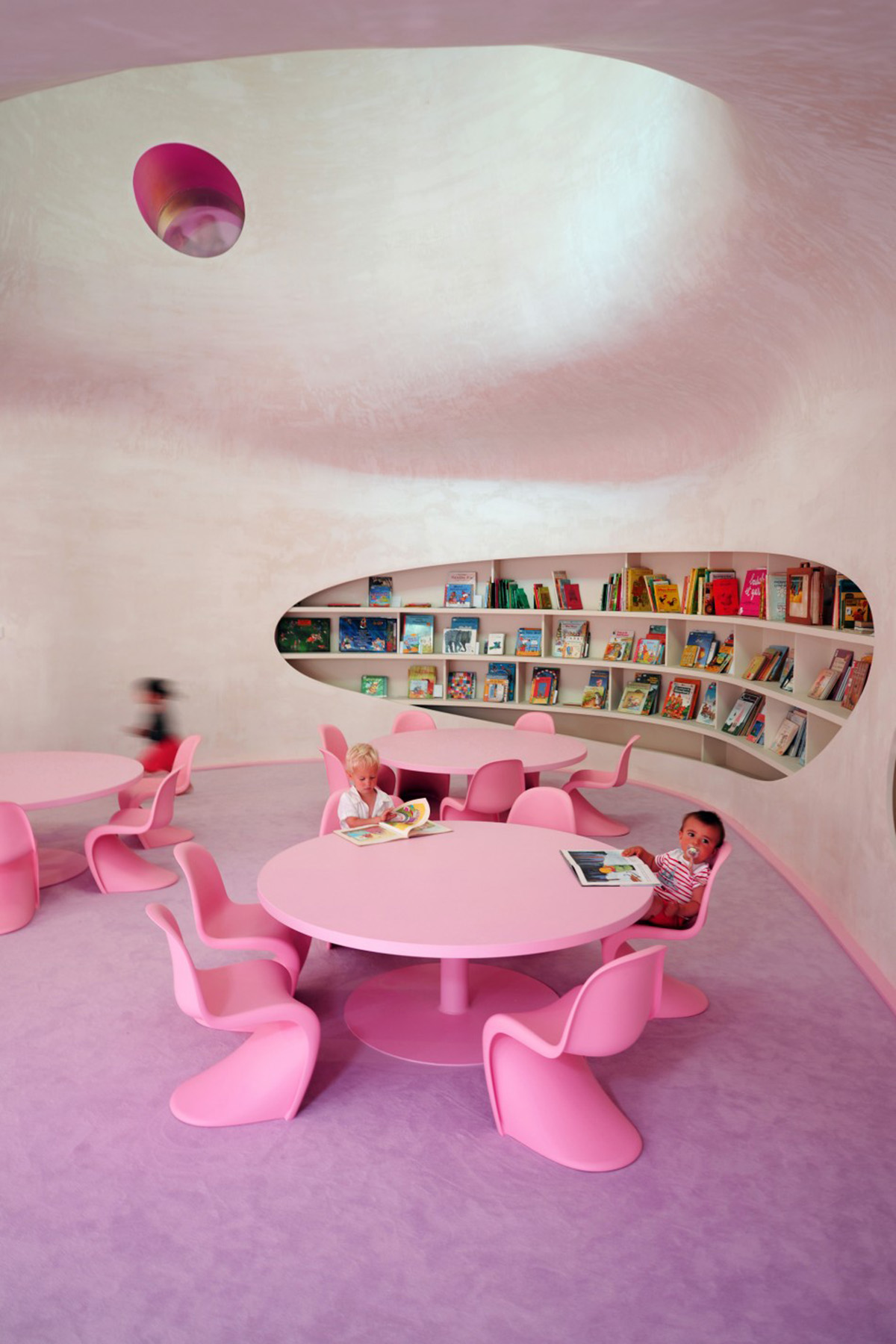 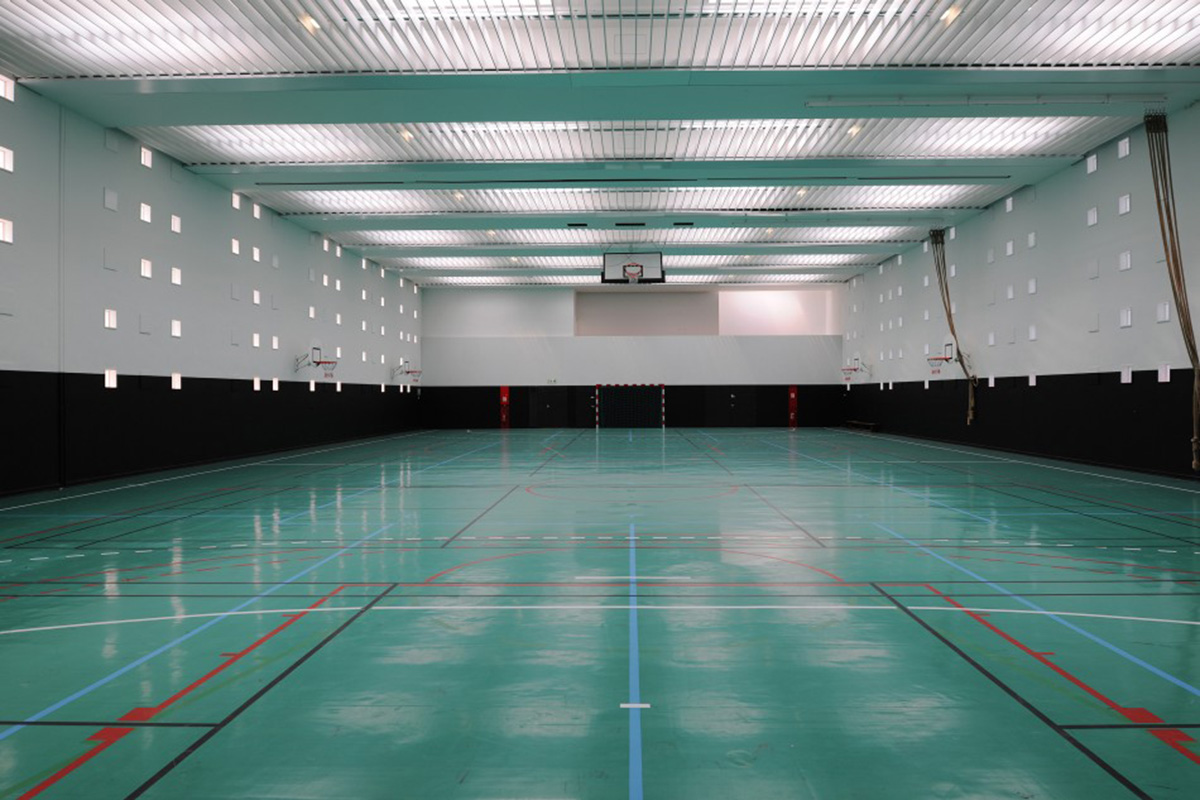 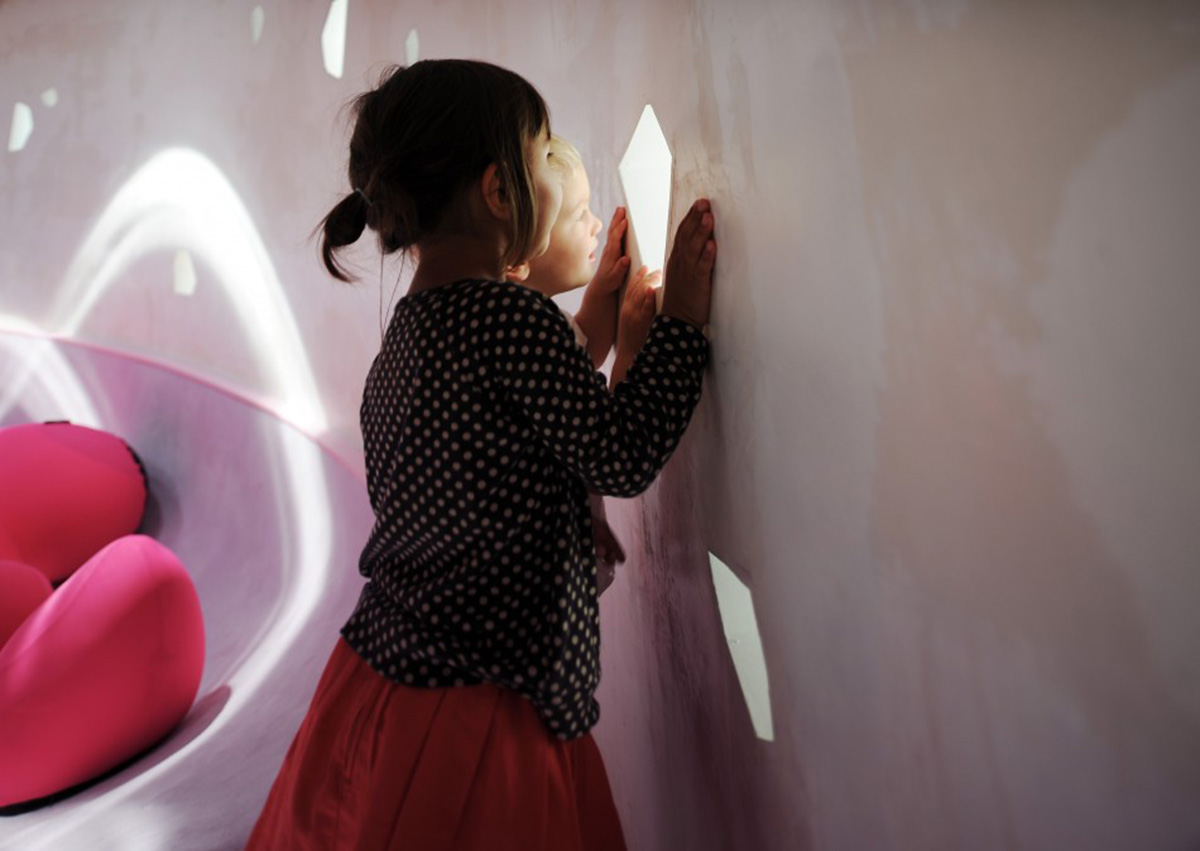 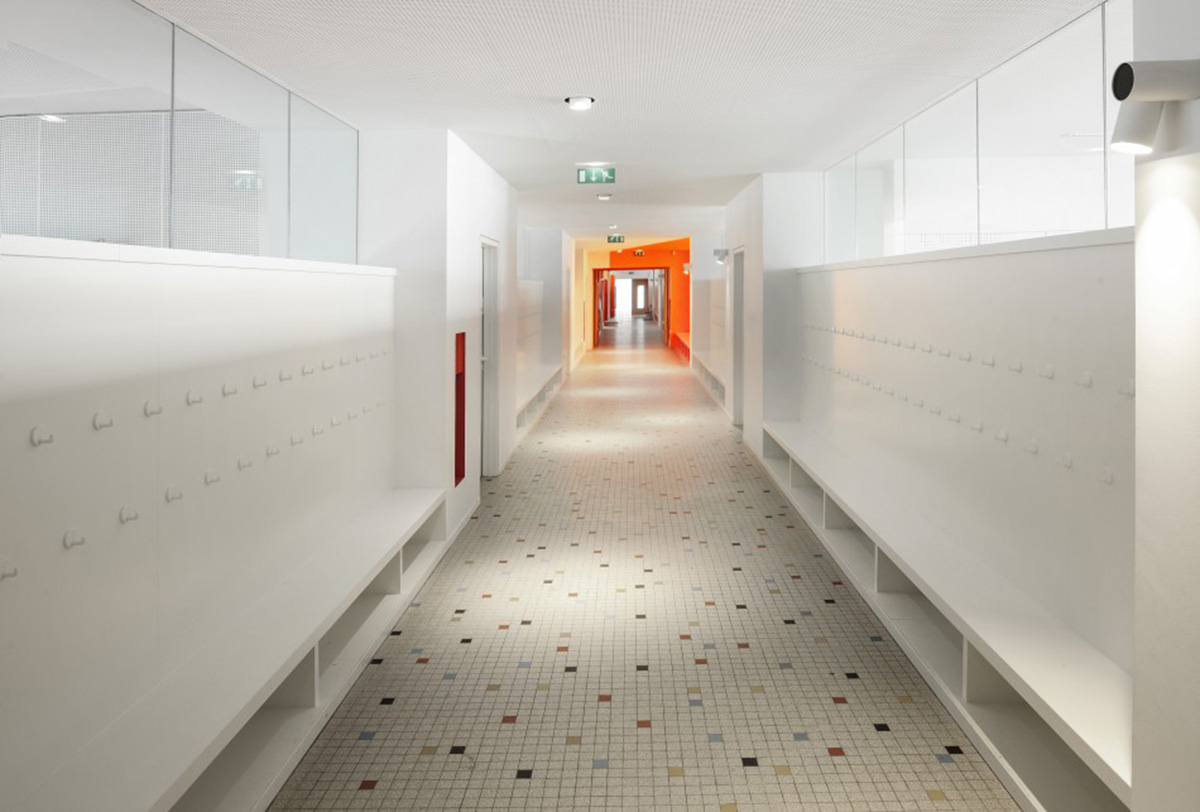 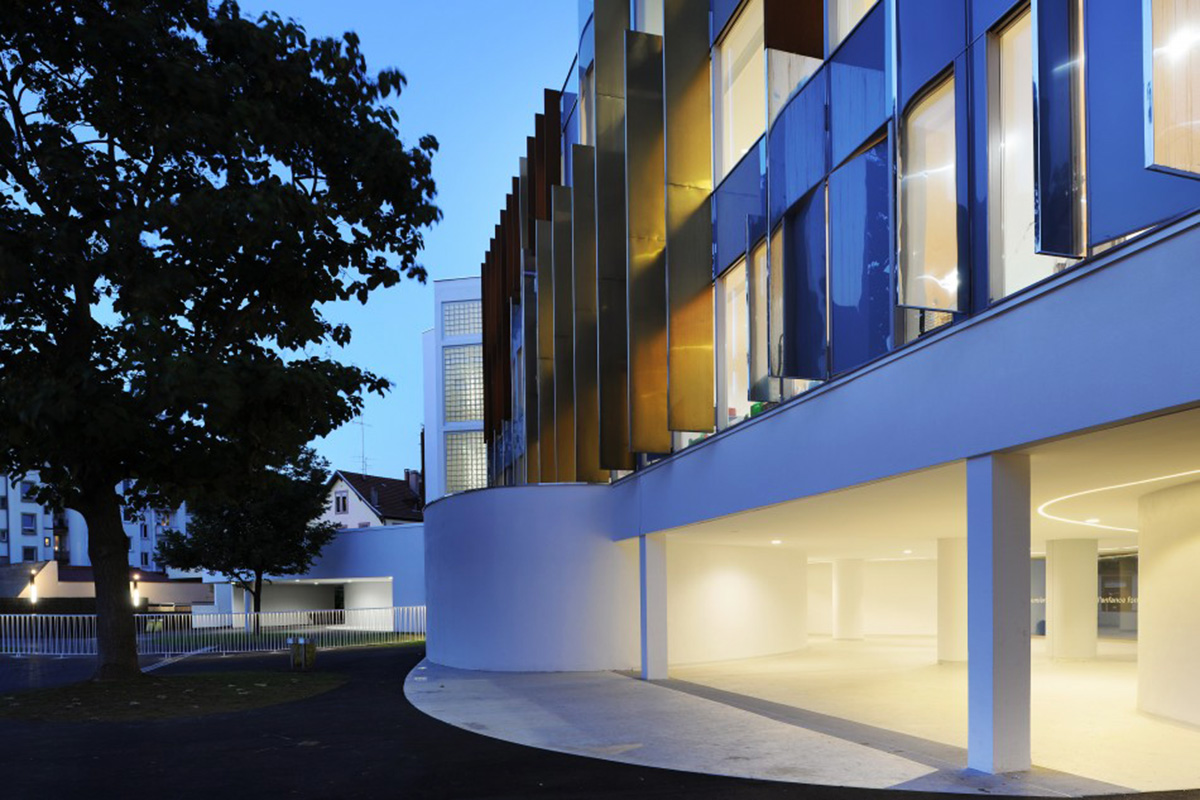 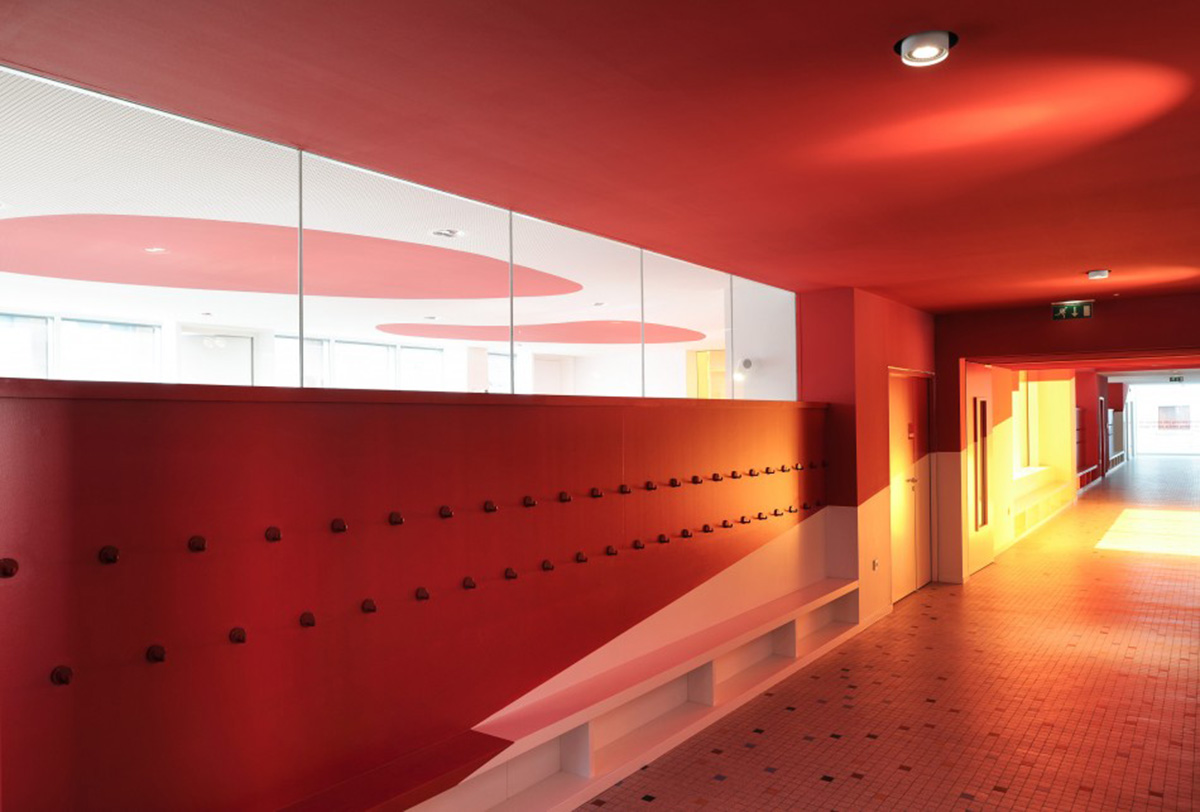 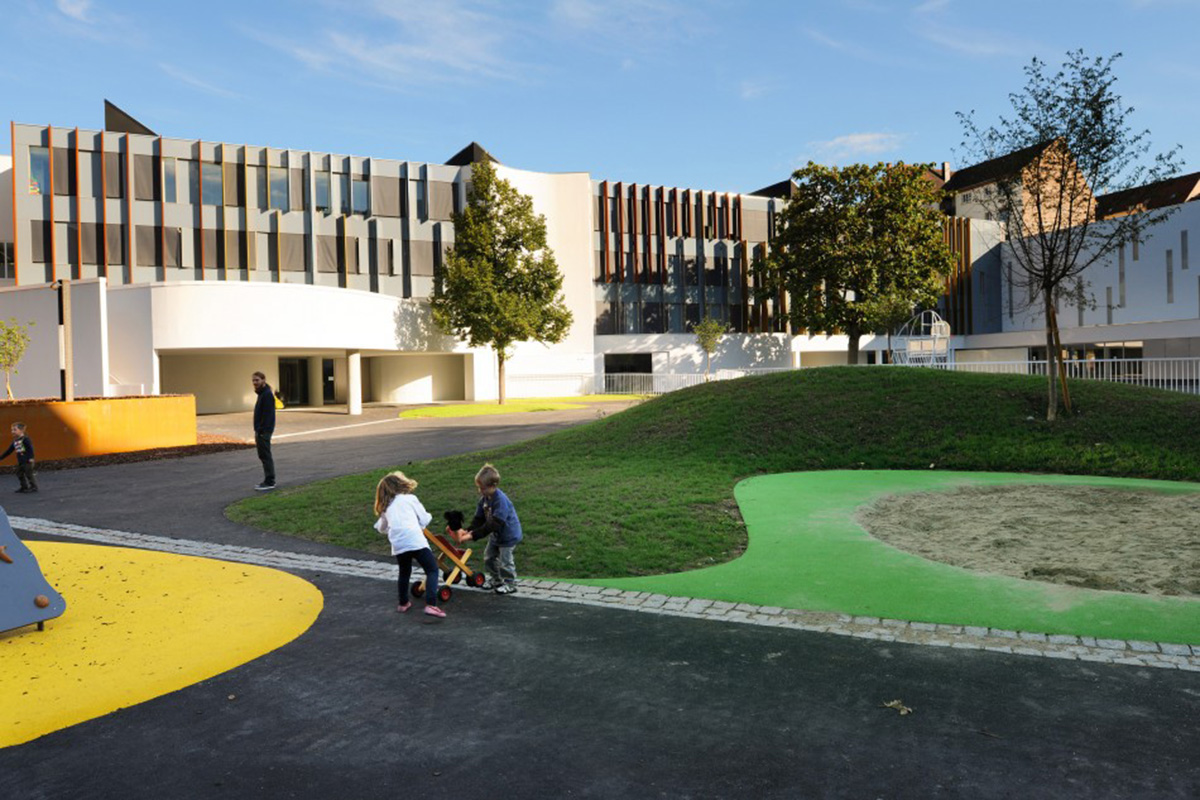 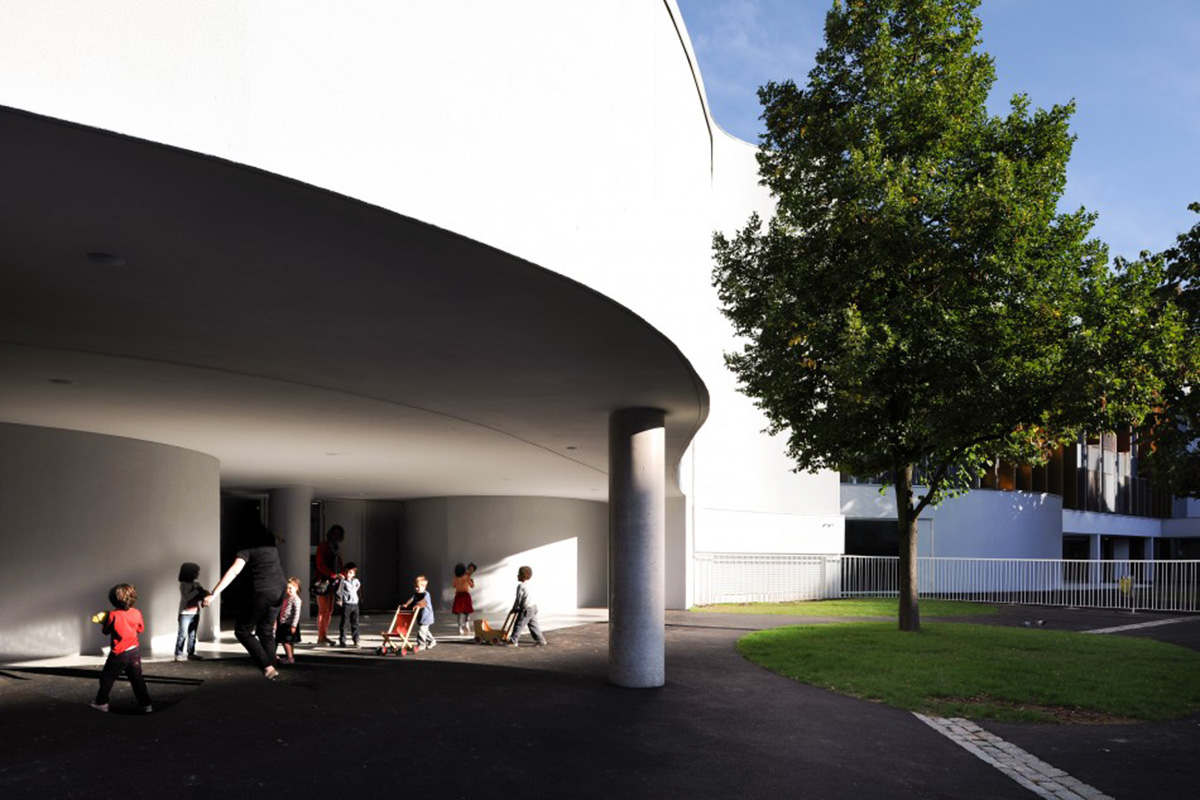 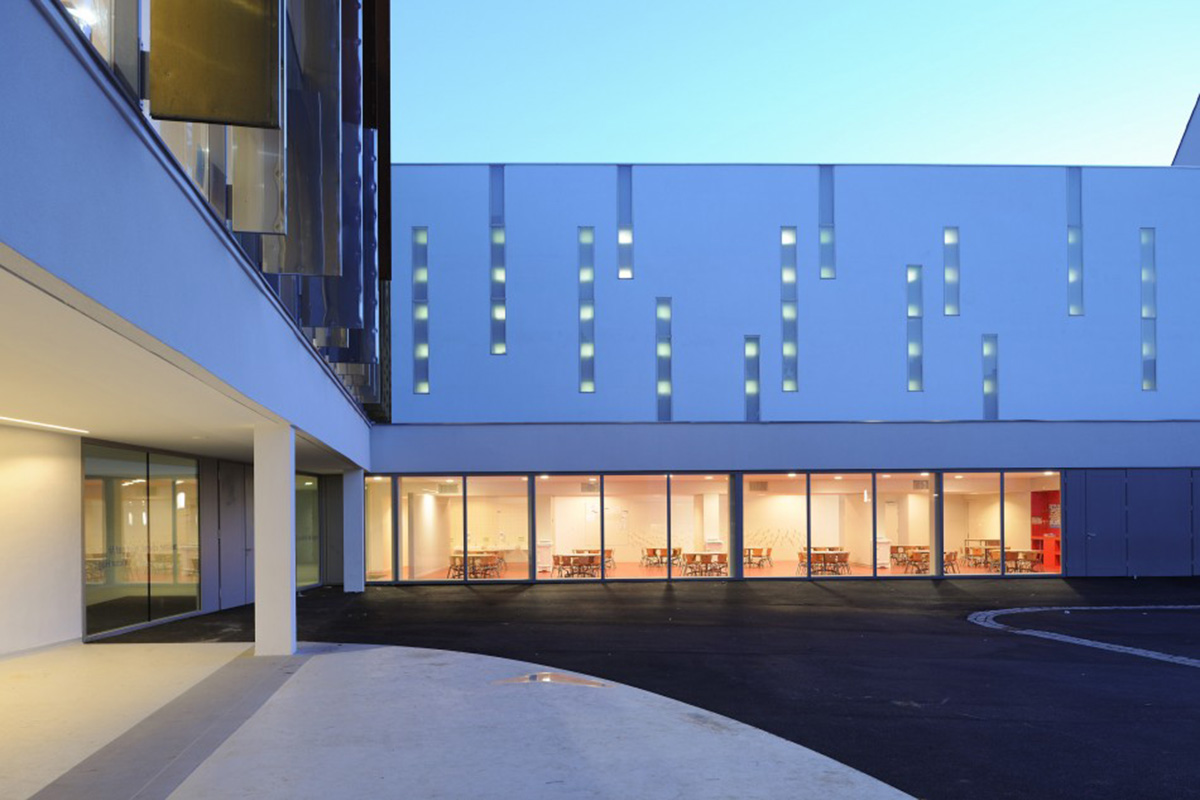 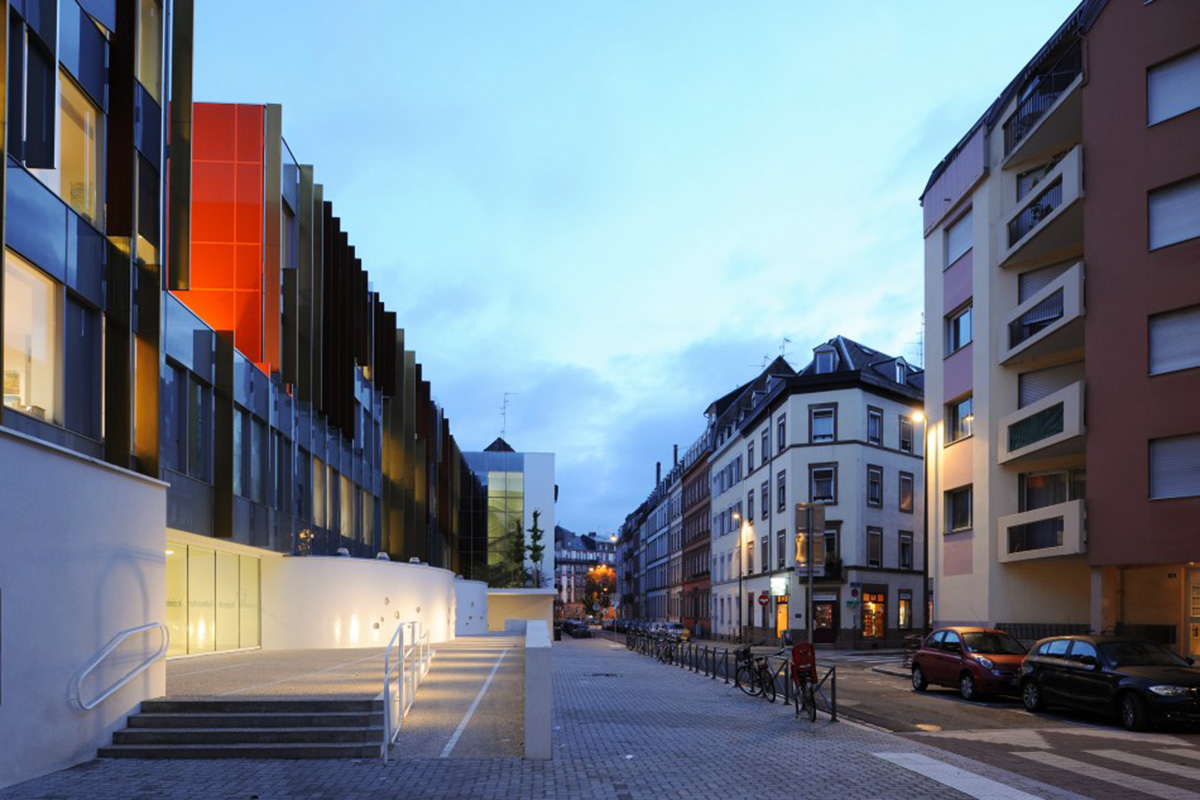 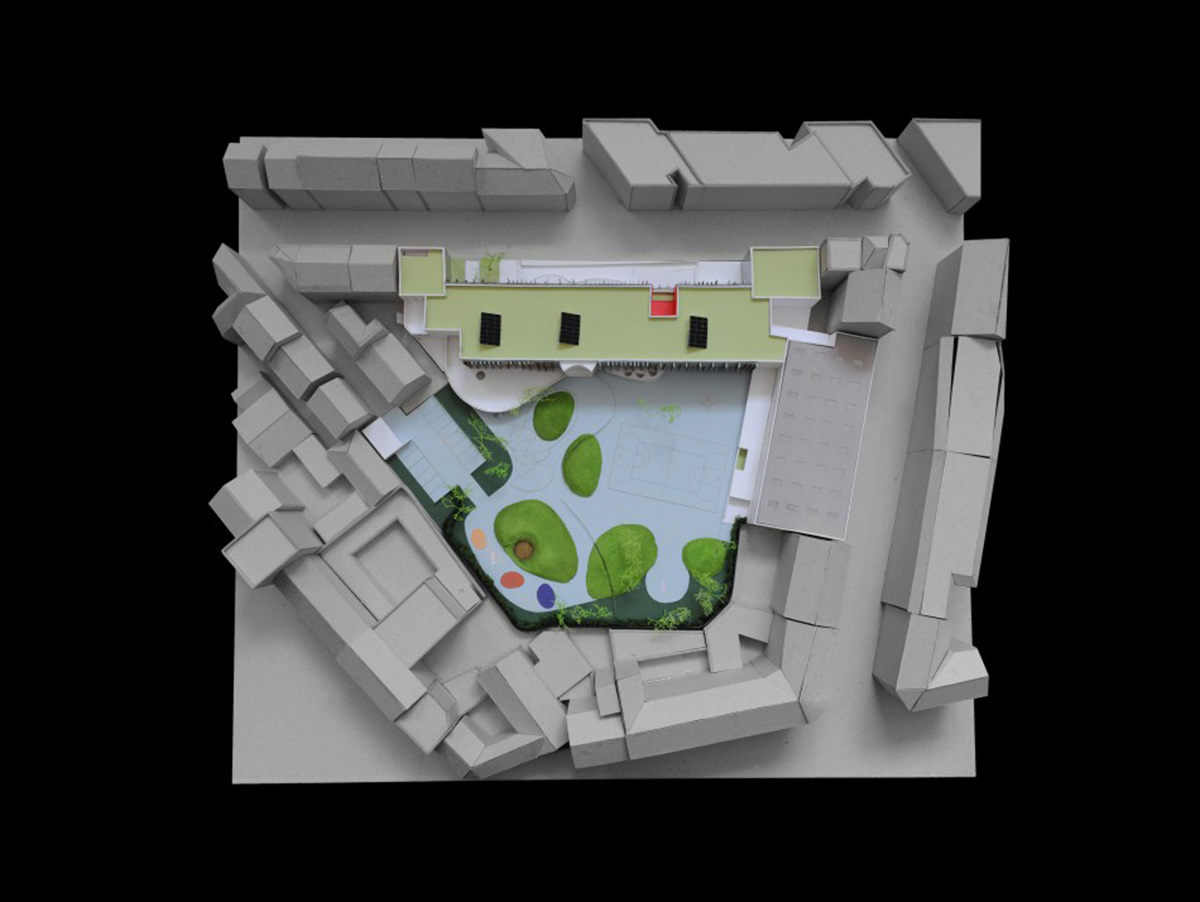 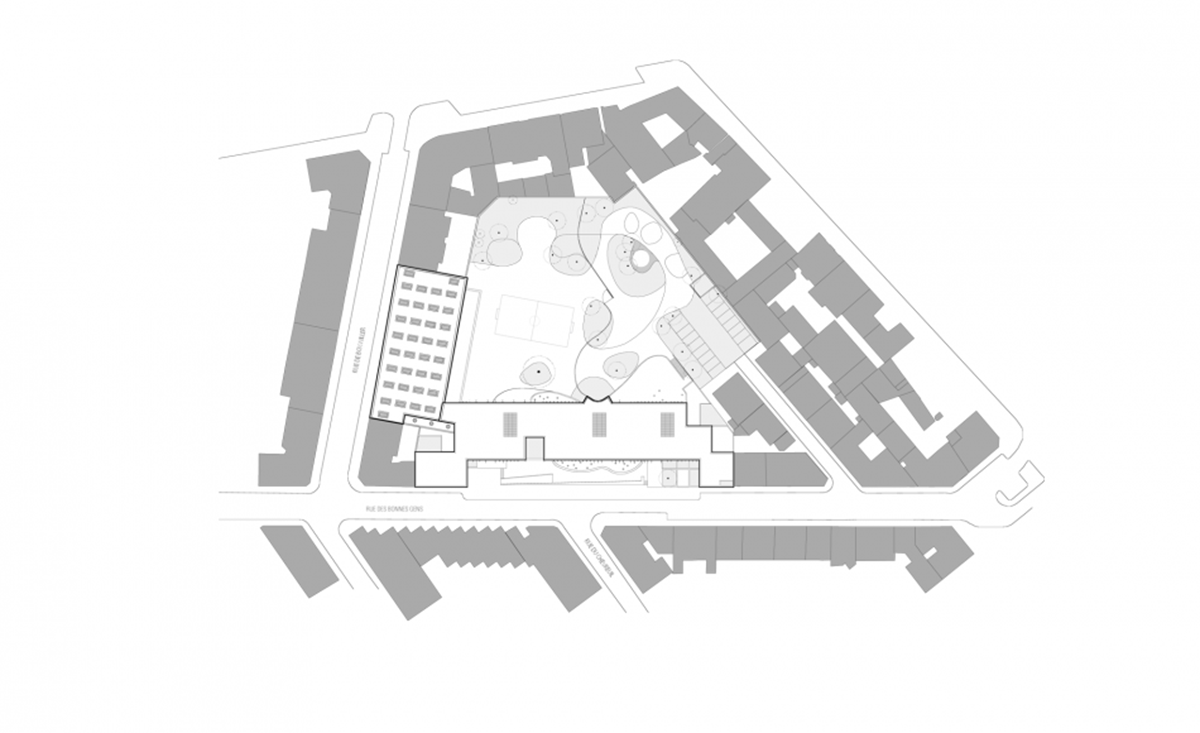 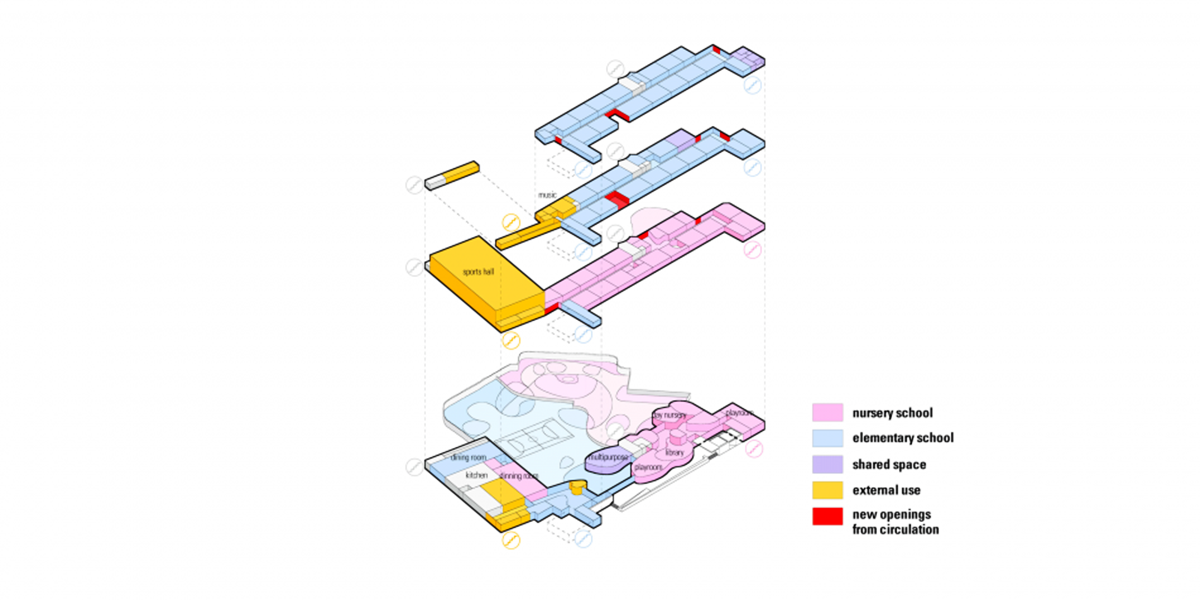