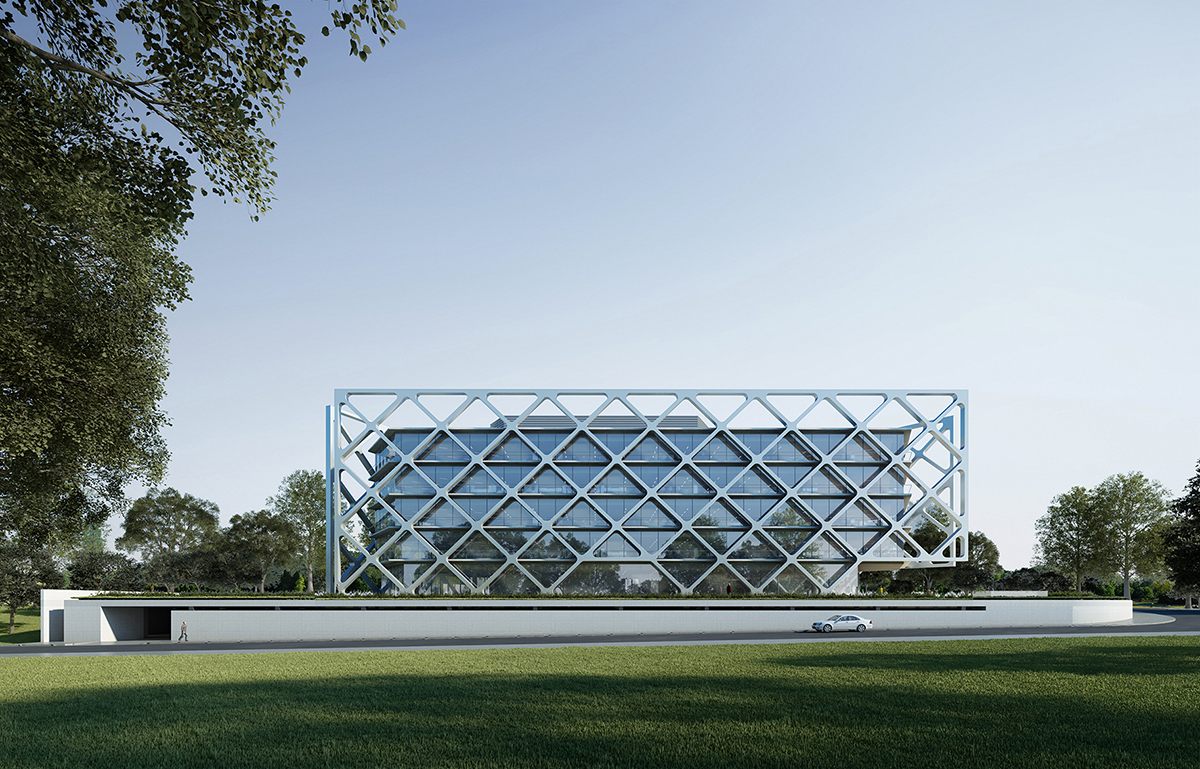 Rafael de La-Hoz plans a new office building for Gmp in Las Tablas. Its triangular-shaped façade will have a singular lattice structure.  The architectural project will highlight the building’s supporting structure and shape a wide latticework which will protect the façade from sunlight. With its floors free of columns and natural light, the building’s sole center will include the vertical communication areas. 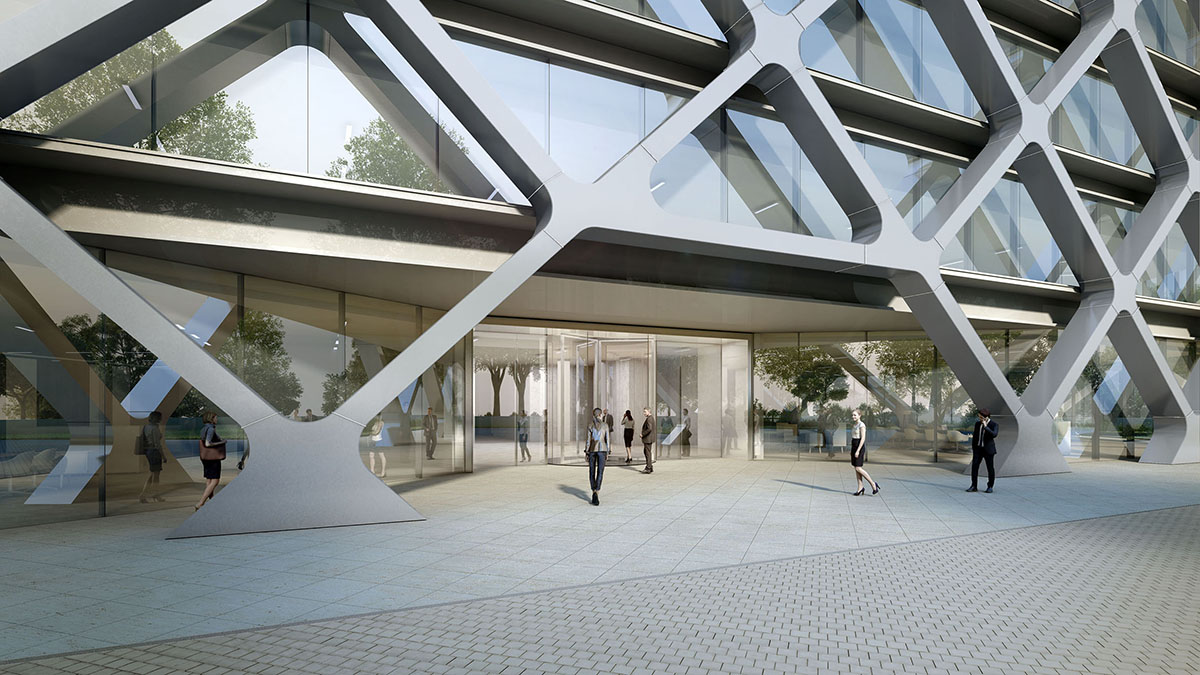 The property developer Gmp will build a new office building in Las Tablas, an area of Madrid which has experienced a fast development in the recent years. Located in calle Puerto de Somport, crossing calle Quintanadueñas, it will have a surface of 12,600 sqm and include five floors as well as a wide underground parking area. With a clear height of 2.7 m, the diaphanous floors will be free of columns, highly efficient and flexible and extend over a surface of 2,500 sqm.

Rafael de La-Hoz (Cordoba, Spain) is currently operating an active international architecture practice in different countries around the world: Spain, Colombia, Morocco, Saudi Arabia and China. Aware of the evolution of architecture in the city and environmental care, his work is characterised by technological innovation.

His office projects include, among others, the Repsol Campus, which has been awarded the LEED Platinum certification, and the new corporate offices of the Real Madrid.

He has been recently awarded, among others, the International Work Prize at the Biennale of Architecture of Buenos Aires 2015, The International Architecture Awards 2015 from the Chicago Athenaeum (USA) and was shortlisted for the Mies van der Rohe Award of the European Union Prize for Contemporary Architecture.

The new building, which has already been awarded the LEED Platinum precertification (Core & Shell Development) and the highest A energy precertification, will include green areas, in line with a careful project based on landscaping, street furniture, bicycle parking, etc.