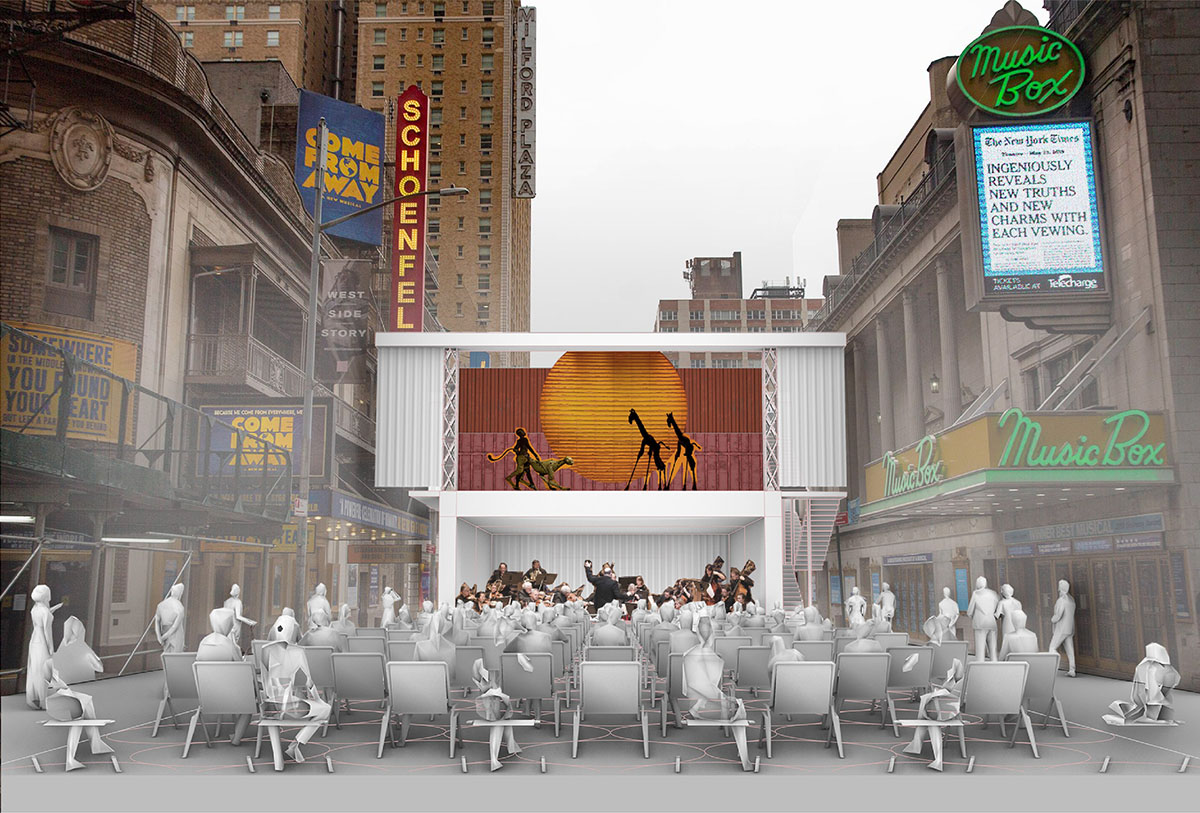 "When you shut down Broadway, when you shut down movie theaters, you stop an entire industry," Governor Andrew Cuomo of New York said. "We have to now nurture that industry to bring it back. It is vital for our city to survive, the arts industry workers, many have been out of work since March 2020. So we are going to accelerate that reopening with 300-plus pop-up art events."

New York's famous theatre district Broadway has been closed since March 2020, when New York became the epicenter of the Covid-19 pandemic. Its theatres are expected to remain shuttered until June 2021, yet, as Covid numbers continue to decline in New York, Gov. Cuomo announced a series of pop-up performances called NY PopsUp to bring the arts back. More than 100 streets in New York can become stages under the city's Open Culture program that launched this month. It will include 100 days of 300 free pop-up performances across the state.

Designers around the world have responded to the crisis in the arts as crowded indoor venues remain unsafe. Providing another way for New Yorkers to enjoy live performances again during the pandemic safely, architecture firm Marvel has designed a concept in response to NY PopsUp that converts portable shipping containers into stages for outdoor theatrical and musical productions. 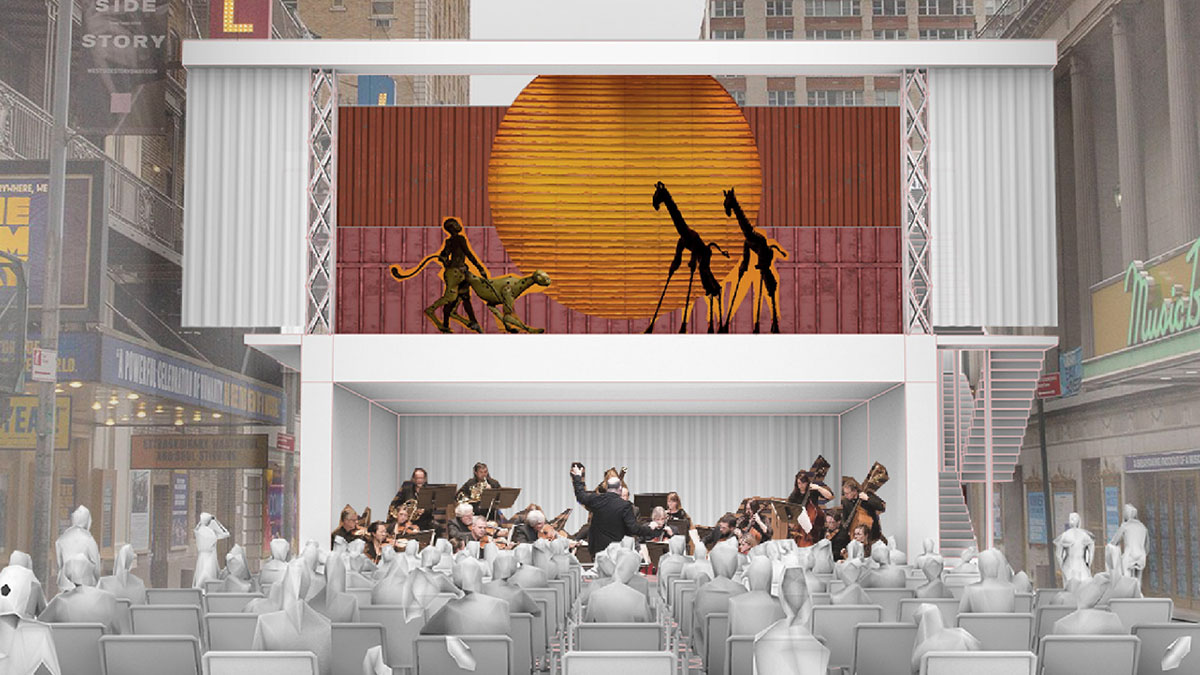 Marvel's conceptual design involves converting shipping containers into stages bridging between two scaffolding towers, raised 12 feet (3.6 meters) over the street. The portable theaters can seat 100 socially-distanced people at the ground level in front of the stage. Platforms in front of the shipping container sets would act as more stage space. The audience could sit, socially distanced, at ground level. LED screens could be inserted into the containers, suggested Marvel, to form a programmable backdrop. An orchestra could play in the area below the bridge.

There would also be enough space for vehicle traffic when not in use. Cars and cyclists could pass below the bridge theatre unimpeded, looking up the stage. "There is a culture of sidewalk bridging in our streets and sidewalks," said founder Jonathan Marvel. "Scaffolding of this kind can provide an elevated staging for both performances as well as towers to support the 40-foot spanning containers, letting pedestrians and automobiles flow beneath." 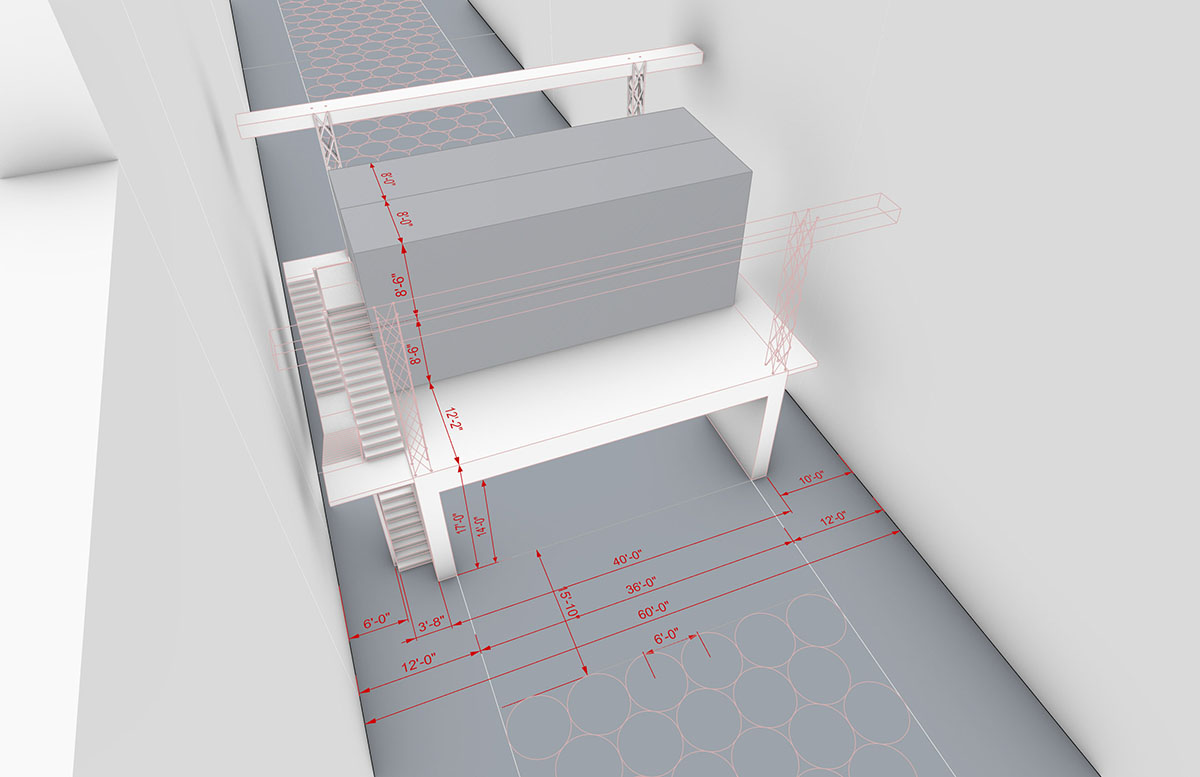 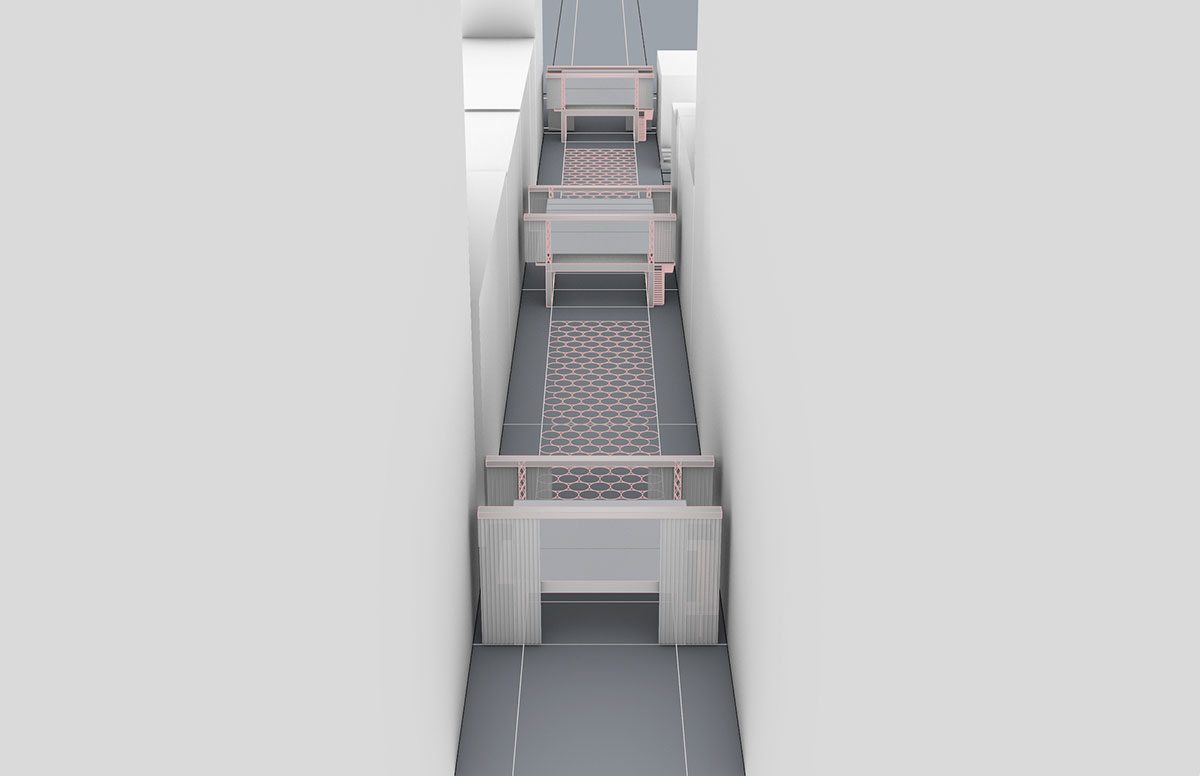 "Shipping containers are ready-made utilitarian boxes adaptable to serve our need for shelter. They have been deployed on many occasions for housing, retail, storage – and can easily be stacked and bridged – so within a week or two, we can have instant stage support, green rooms, and technical storage," Marvel added.

There is no official plan to place this theater. Still, if so, Marvel says a pilot project could be assembled temporarily in an empty parking lot adjacent to the cross street in the theatre district and tested for operability and safety concerns.