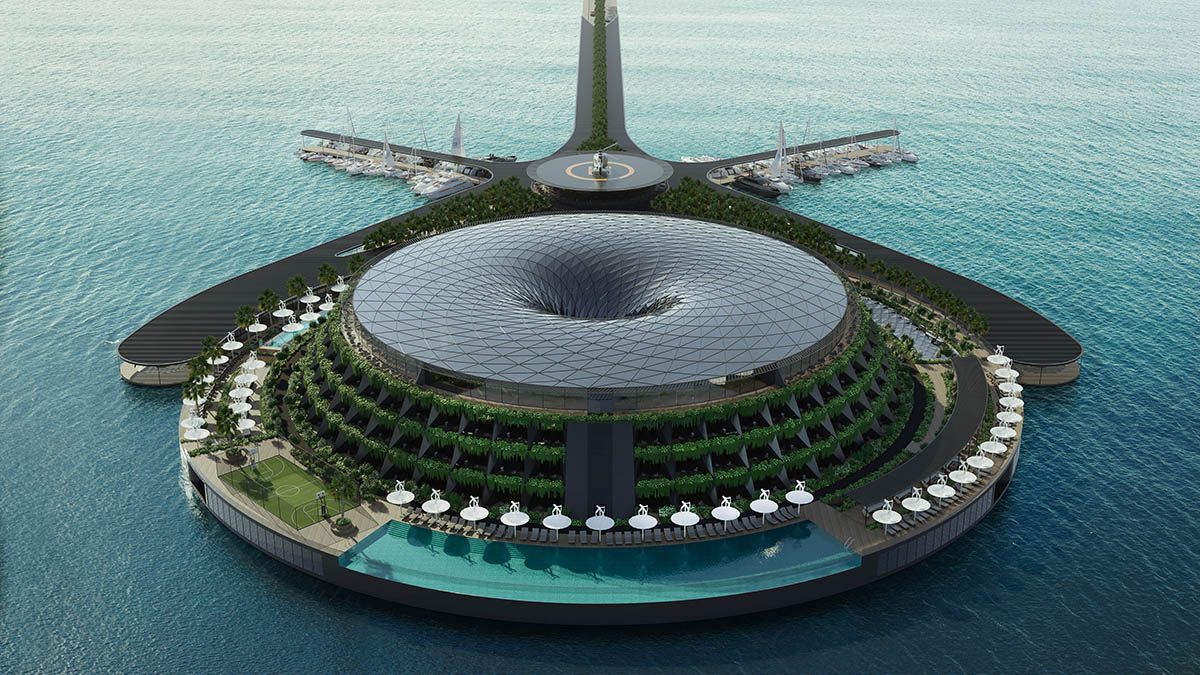 Dubbed as Eco-Floating Hotel, the 35,000-square-metre hotel is planned as mobile structures to be built in multiple locations, its first structure is set to be built off the coast of Qatar. 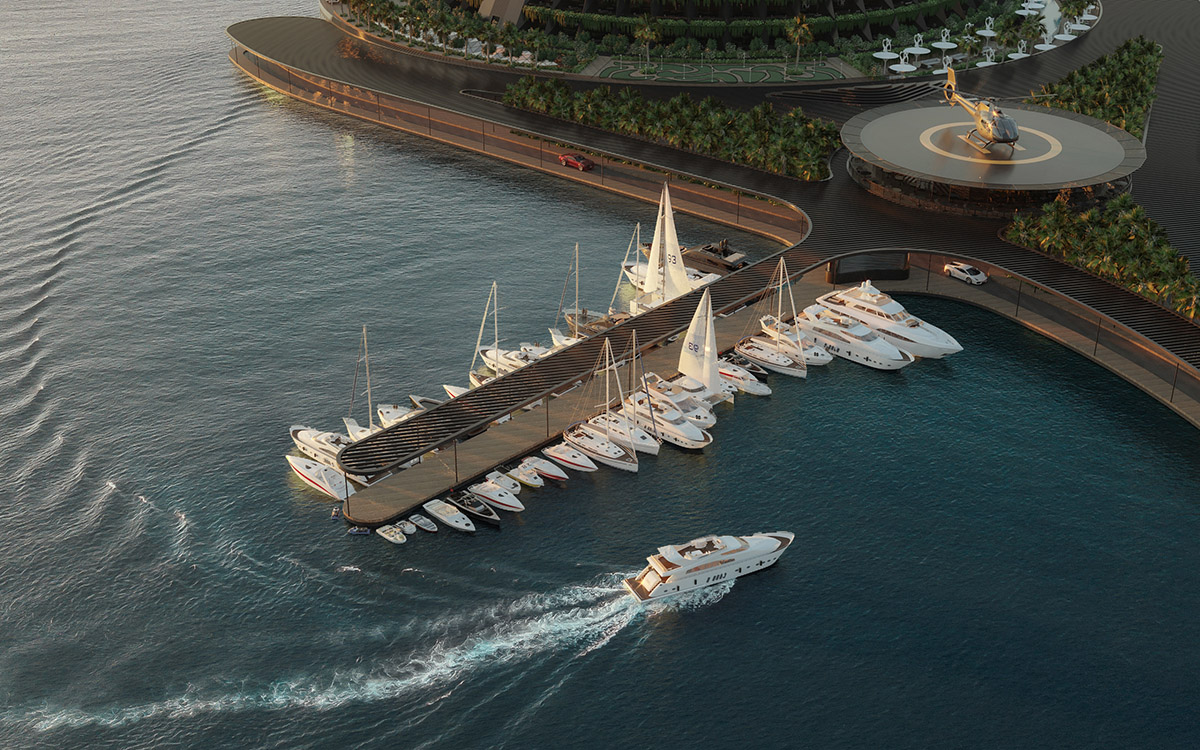 The rounded structure adopts the principle of minimum energy loss and zero waste as a key principle. Thanks to its characteristic moving feature, the structure generates electrical energy by rotating around its position according to the water. The project is intended to provide users different experiences from different angles that they are exposed.

The design is conceived as a five-star hotel and will contain a total of 152 rooms. For design scheme, the architects are inspired by the "sea with which it is associated in the first degree in terms of form and design principle." 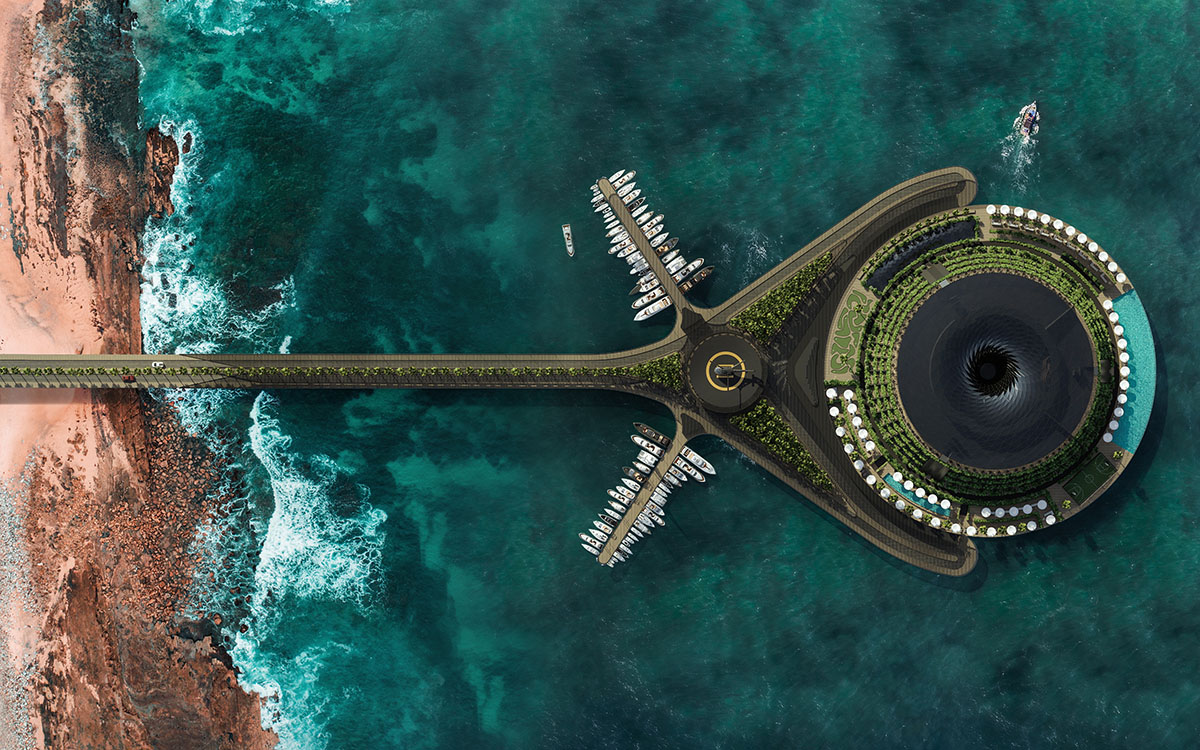 "At this point, it is worth to mention that the project will work efficiently in areas where there is a continuous and certain current," said the studio.

"However, the sea which gives the structure physical and tangible power and receives the return it needs in a mutualistic form also directs the shape of the structure with the idea of the vortex." 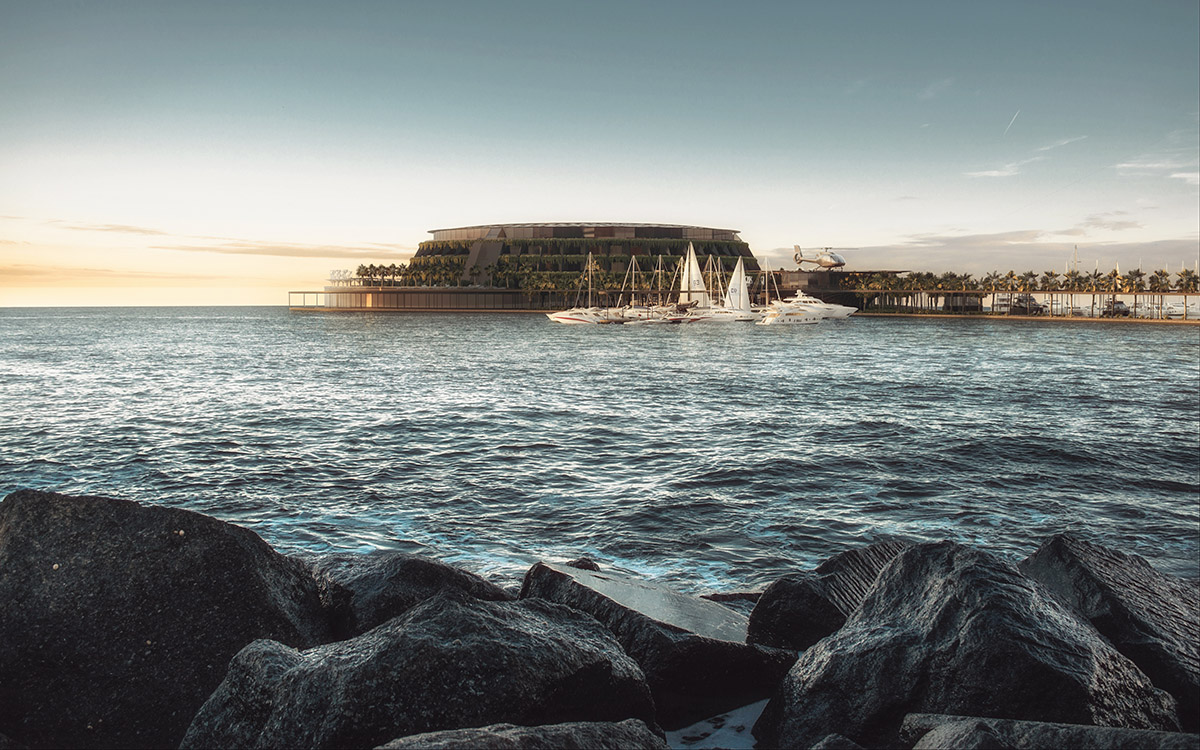 "If it is accepted that the water formed and disappeared by itself forming a rotation around itself in a regular current and the shape is considered to have risen with its borders and evolved into a platform, it will give a transparent mass silhouette. It was this image that fed and supported the project."

"The idea of the vortex, which reflects the rotational effect found on the surface of the water to the upper cover of the structure does not only remain in this layer and seeps into the mass with a capillary effect," added the firm. 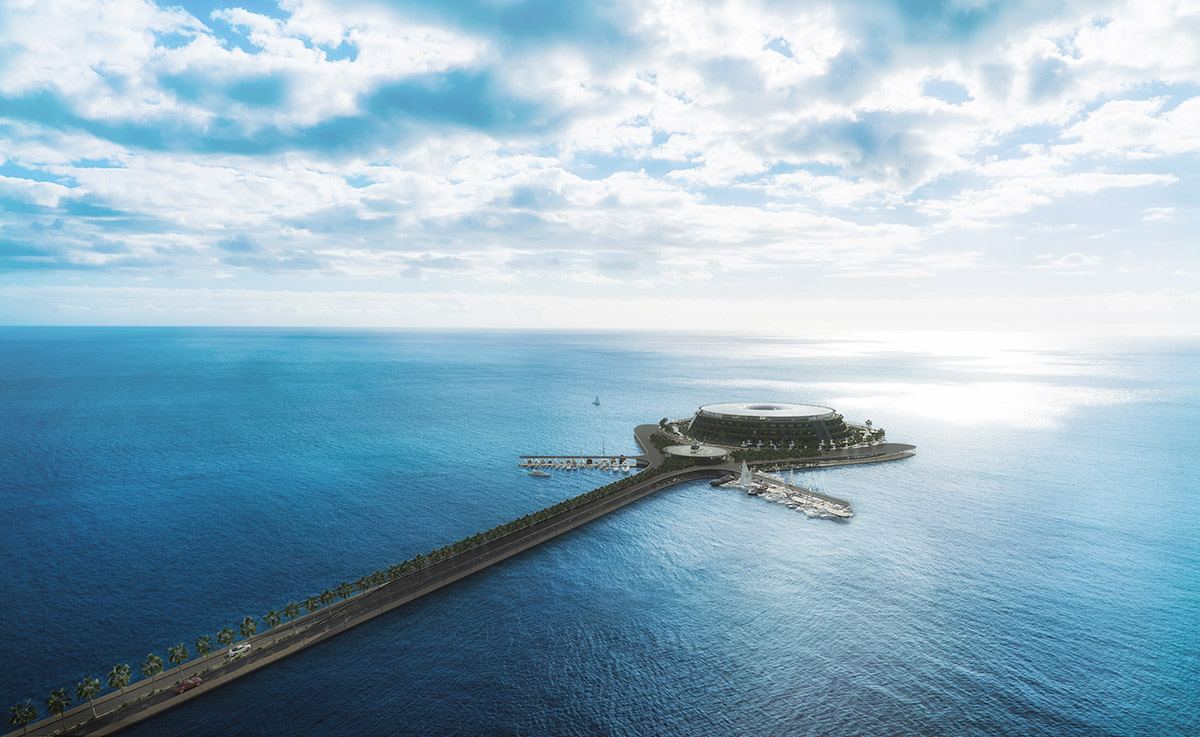 Taking inspiration from the formation of the vortex, HAADS conceived a circular-formed structure that revolves around itself within the framework of controls in order to ensure the electrical energy efficiency.

It takes 24 hours in order to complete a full tour in a continuous circle. It rotating structure uses a Dynamic Positioning (DP) system, which is commonly seen on ships. 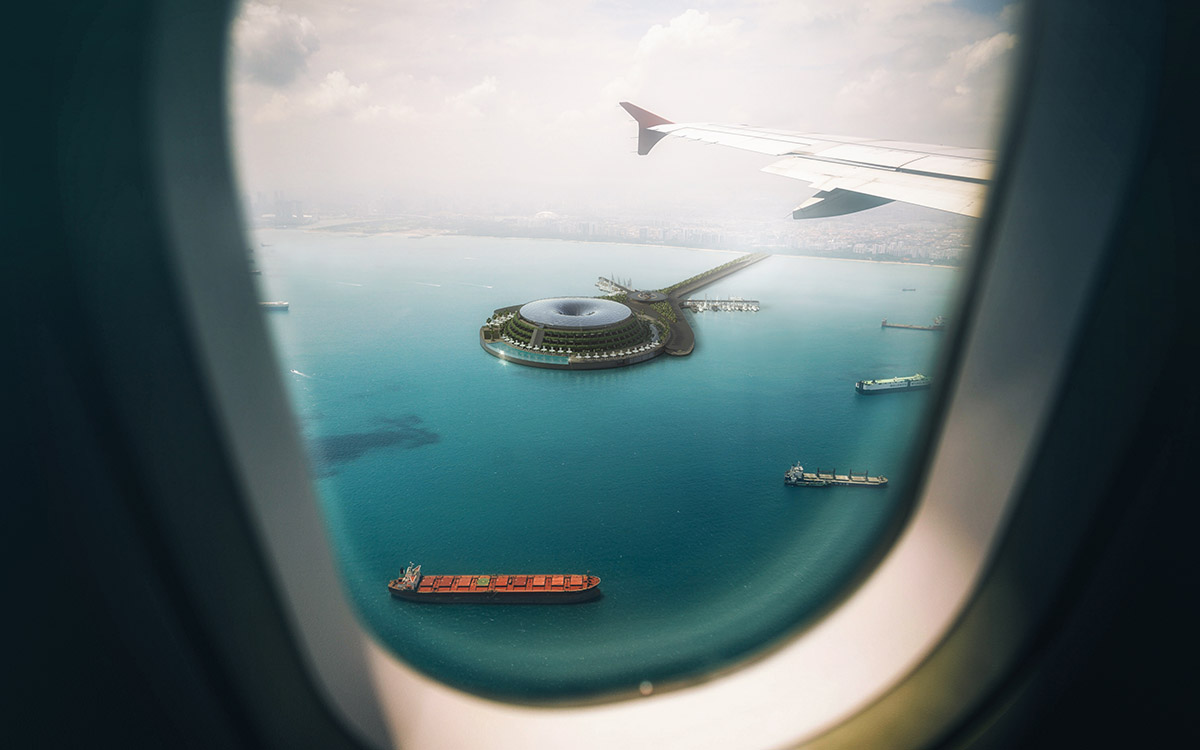 "The Dynamic Positioning (DP) system which is often used on ships will also be used in this project so that the rotation can be fixed and the platform position can be maintained," added the studio.

"Dynamic positioning (DP) is a computer-controlled system set out to automatically maintain a ship's position and direction using its own propellers and thrusters." 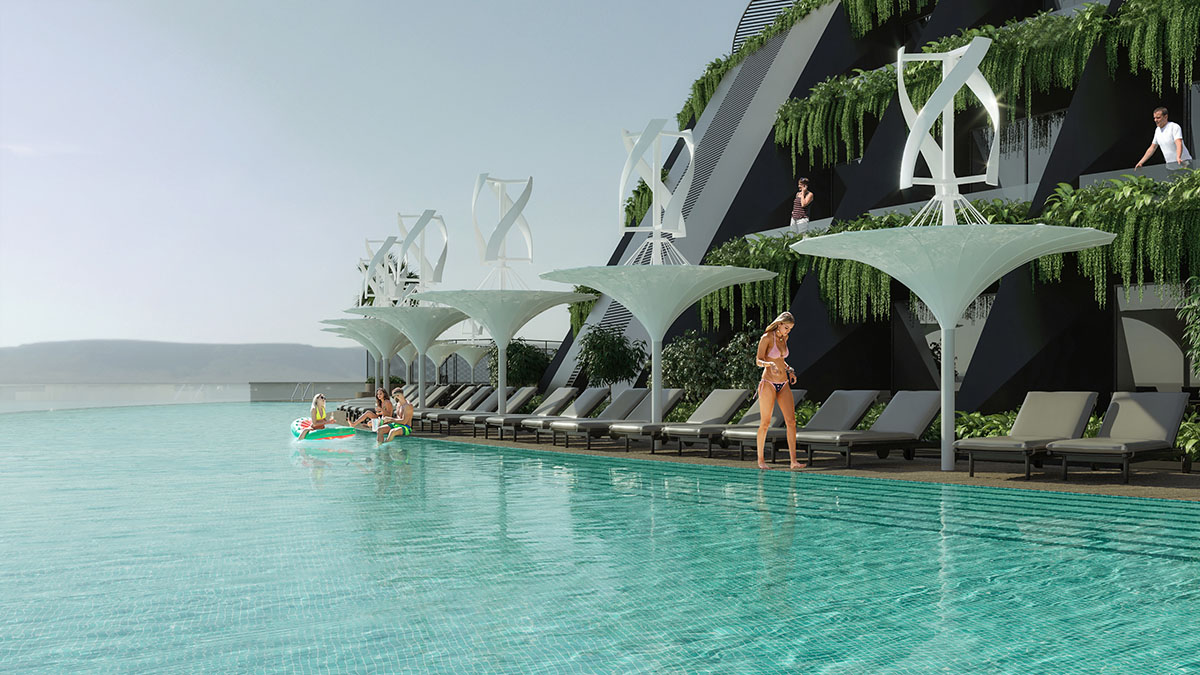 The Floating Hotel will have three different entrances that aim to provide access from land at any time of the day thanks to the 140-degree pier that surrounds itself. 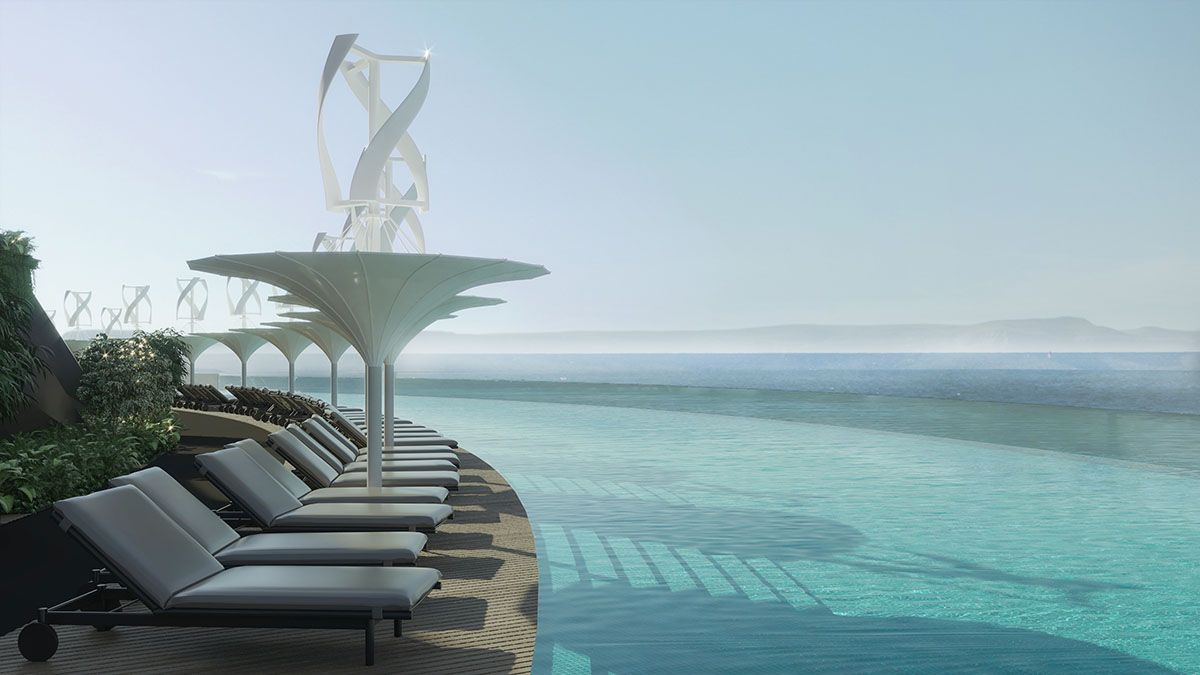 In the project, the architects also aimed at maximum benefit to ecological balance, for this HAADS used a system of green energy production, called Vawtau (vertical axis wind turbine and umbrella) which works as a wind turbine on the vertical axis and it has a function as a sun umbrella on the coastal band. 25 kW of electrical energy can be obtained from each of the 55 vawtau modules.

"Vawtau uses wind current caused by temperature difference in sea and land as its working principle," as the team explained. 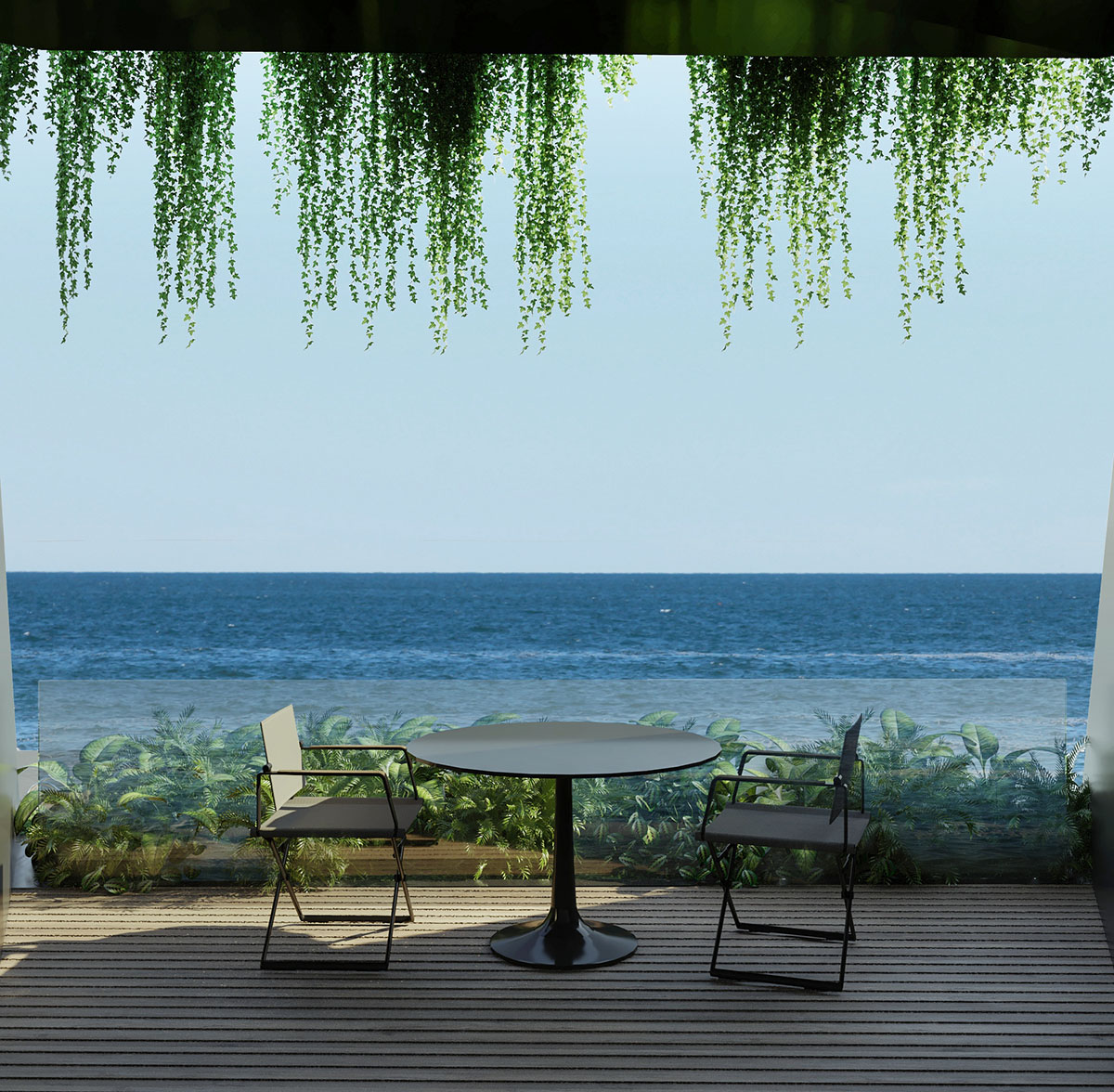 Another key design element is to have the effective use of green areas and rainwater. In this sense, the architects aimed to work in a way that is appropriate to the design identity and effectively when processing the project landscape.

The hotel's roof, inspired by the vortex, will have the function of collecting rainwater in its form. As HAADS detailed, "the water that will be obtained from here can be used as gray water by treatment and its main purpose is to maintain the water balance of green areas." 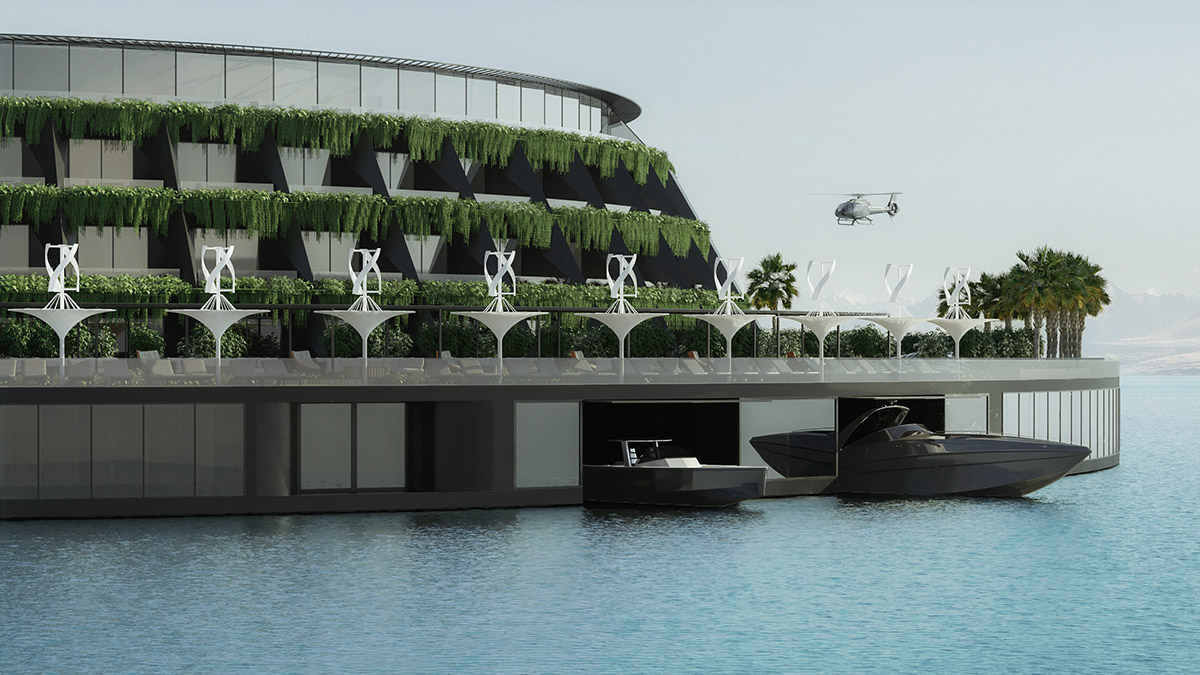 "The project which aims to minimize intervention in the ecological balance by determined means aims not to use fossil fuels at any stage by methods such as rainwater accumulation, Vawtau modules, rotational movement it performs around itself," explained the studio.

When water necessary by the hotel, it can be met with gray water the water needed will be obtained by purification from the sea. 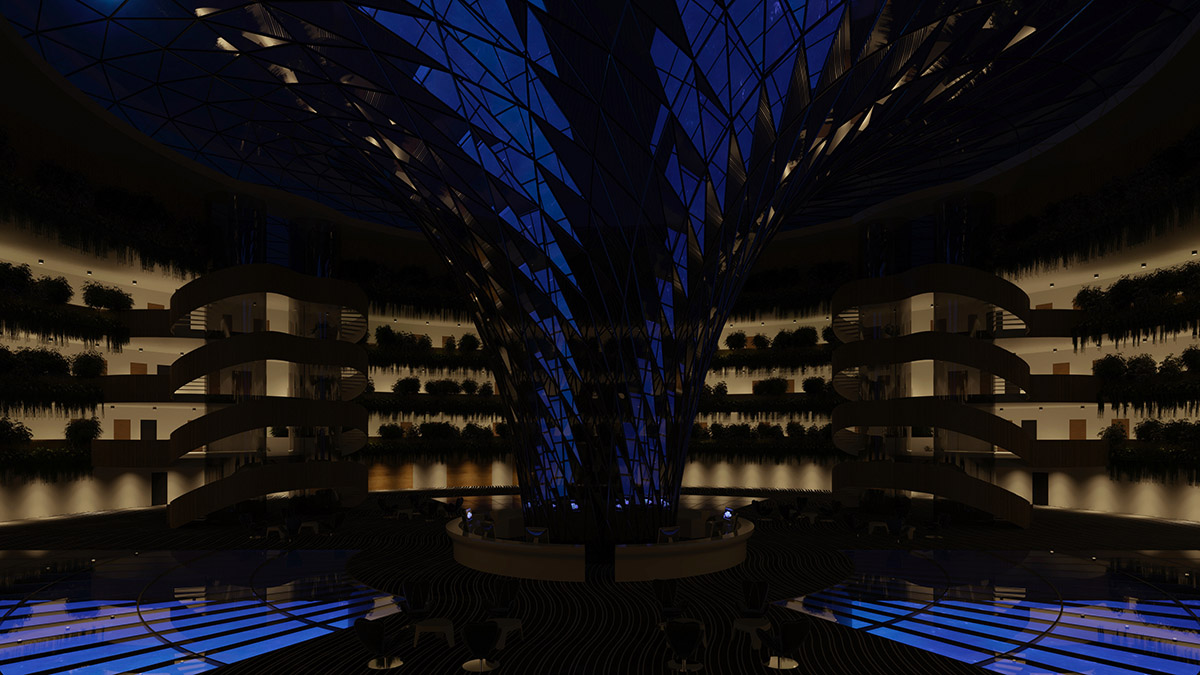 "It will also treat the waste water it will produce and thus will not harm the environment." "In terms of other wastes occurring it is aimed to develop waste separation units in order to maintain efficiency and to use them as fertilizer in the landscape for the recycling of substances such as food waste," HAADS continued.

There will be 3 types of accesses to the floating hotel. Guests will be able to access to the hotel via a 140-degree floating pier, boats,  helicopter and drone to a helipad located on the floating pier using the airway. 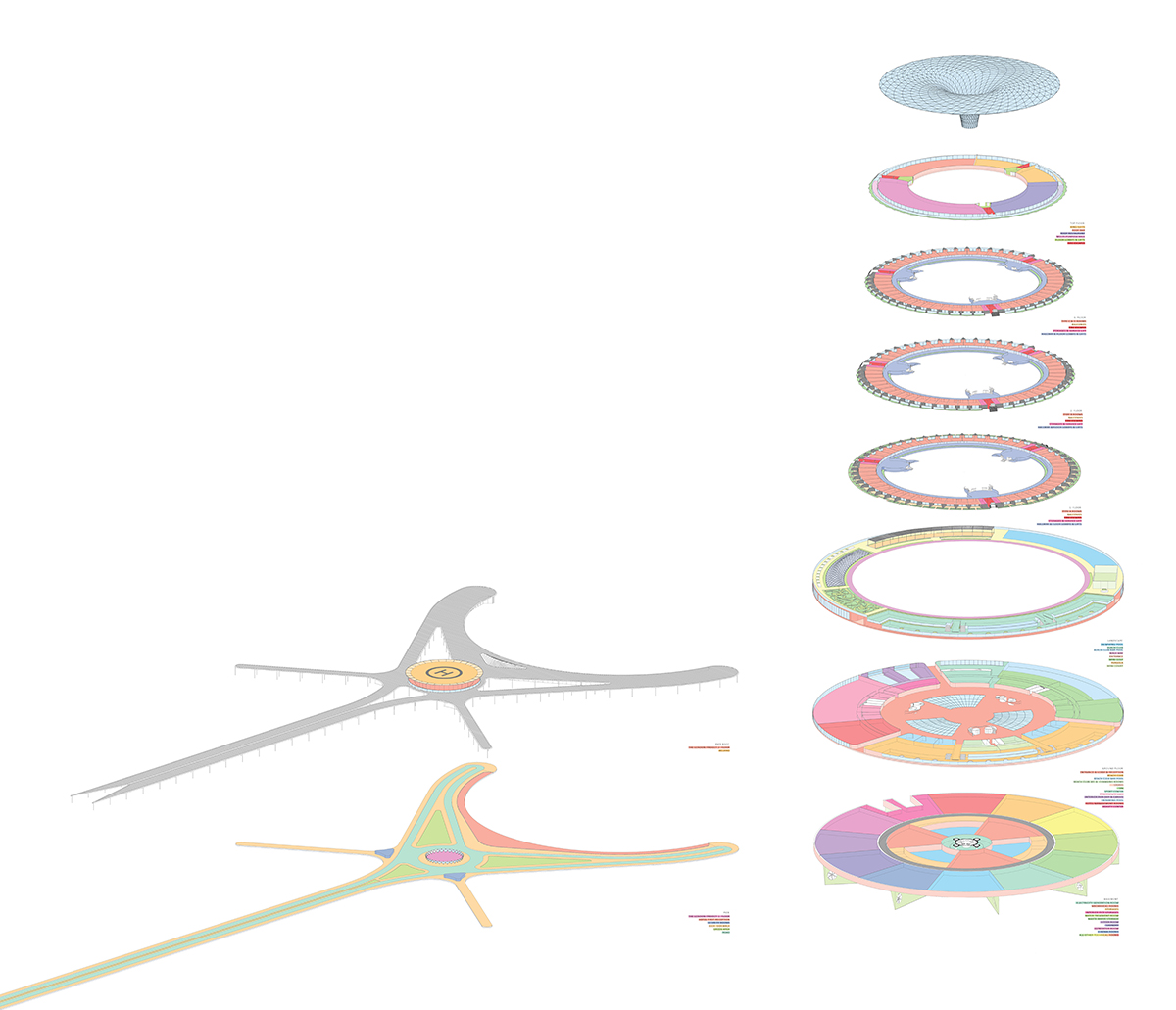 The hotel features a 700-square-metre lobby in the center, it also feels the atmosphere of the moving mass inside the space thanks to the transparent vertical surfaces it reveals.

Each of the rooms will have its own balcony which aims to offer users different perspectives. However, it has indoor and outdoor swimming pools, sauna, spa, gym, mini golf course and many similar activity areas.

All of the hotel's platforms are being designed as floating platforms. "Due to the fact that it will be rented periodically it can be moved to the desired area after obtaining the current it needs, and it will not need any other requirements," said the team.

HAADS said that the concept works of the project have been completed and approved. The architects are currently working on the feasibility and technical studies in order to realize the implementation phase. 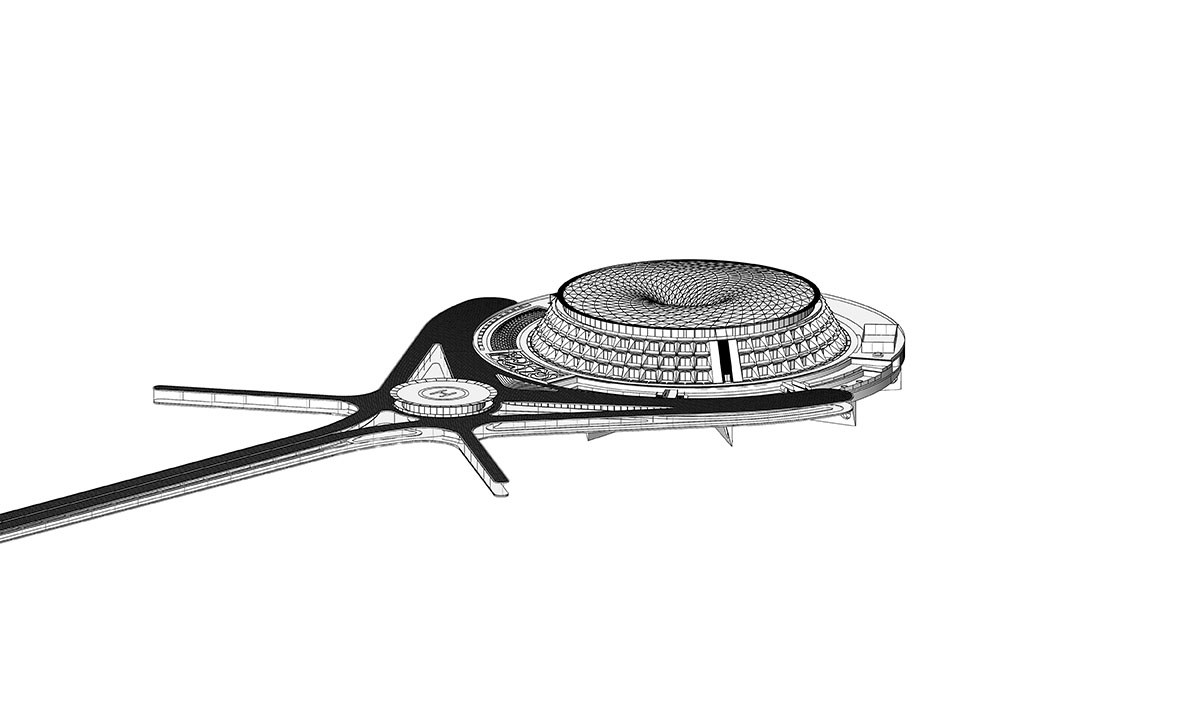 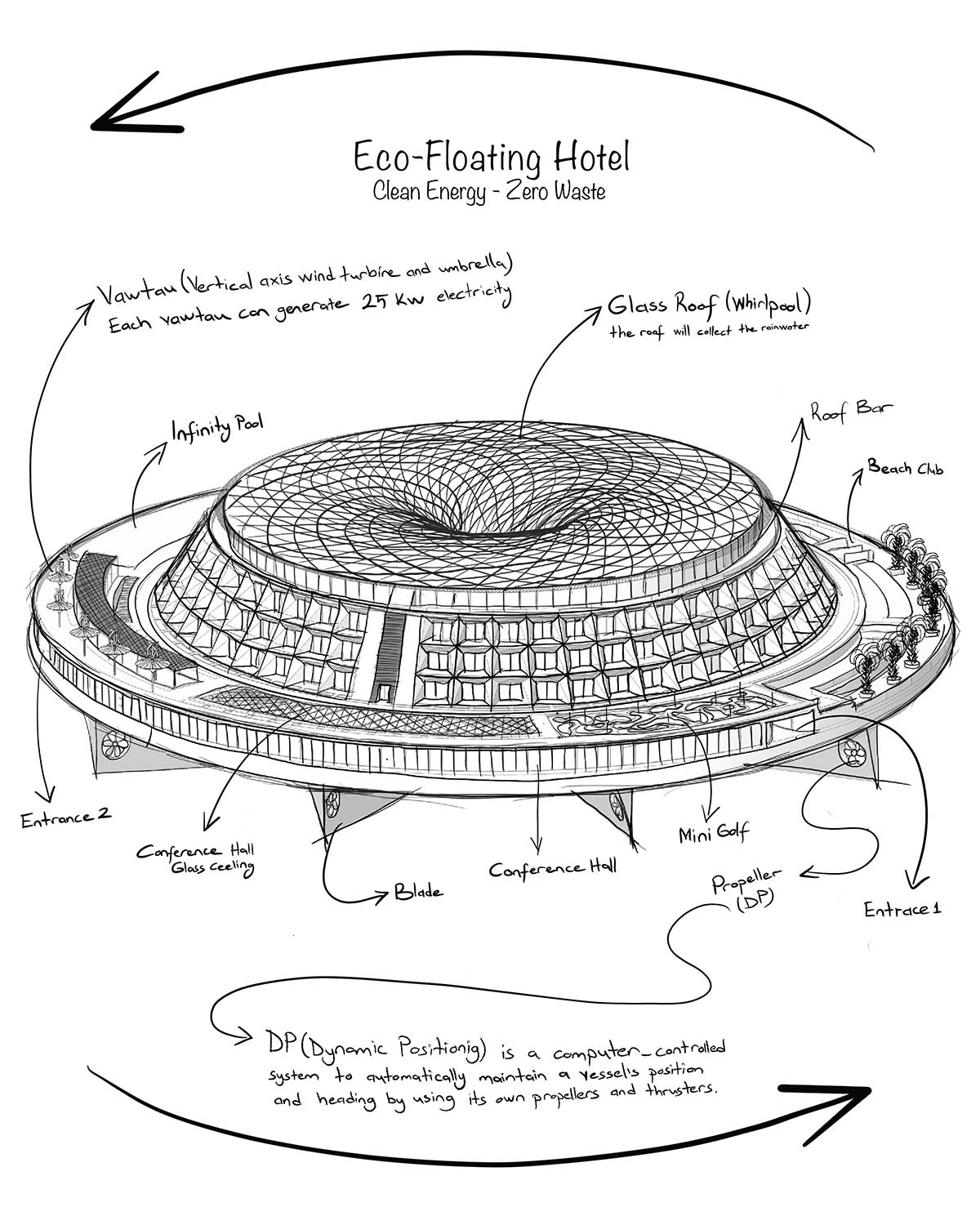 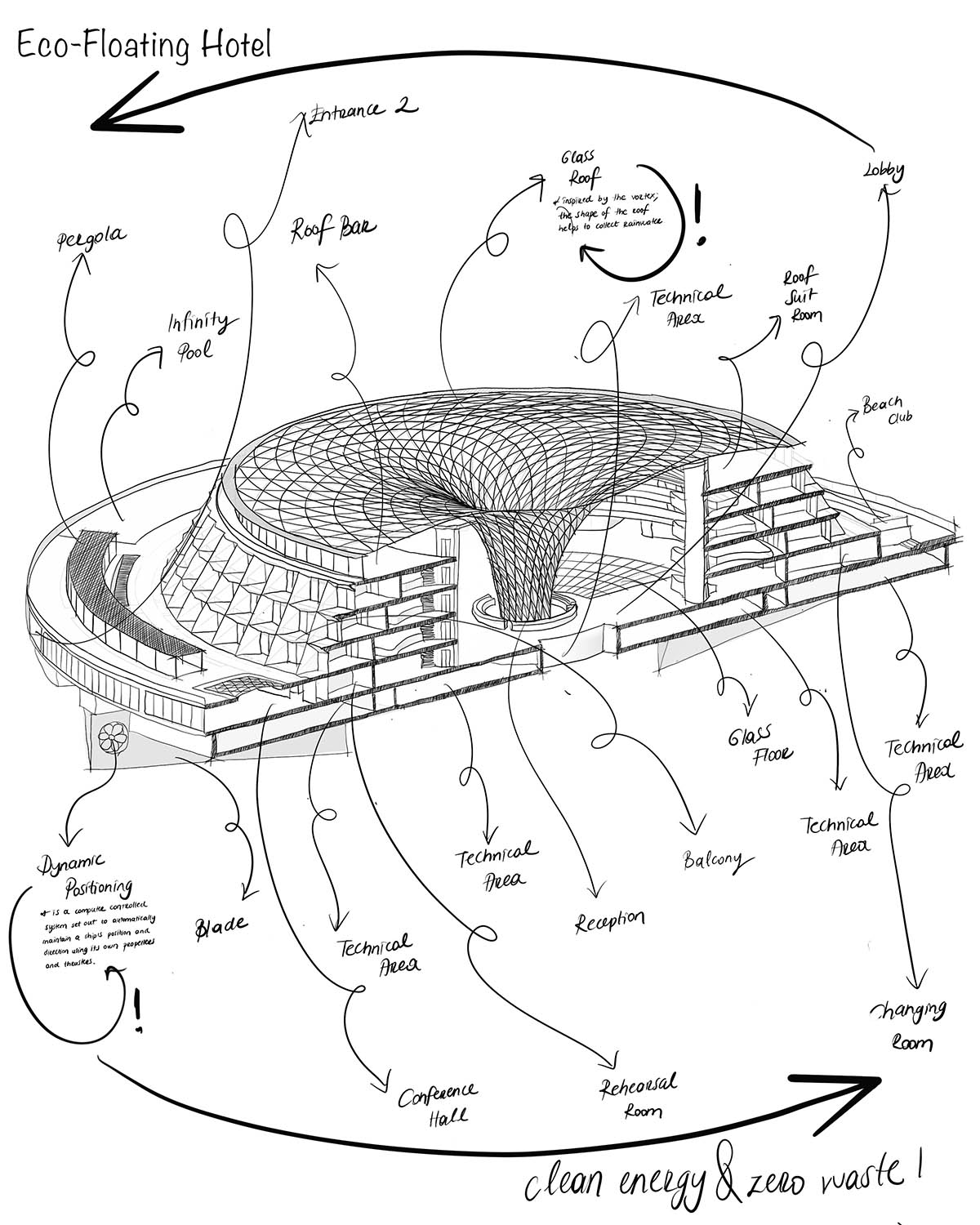 Although there is no exact date for the completion of these works, the architects expect to complete the project in 2025.

Year and status of the project: 2020 March / Design Phase

All images courtesy of HAADS