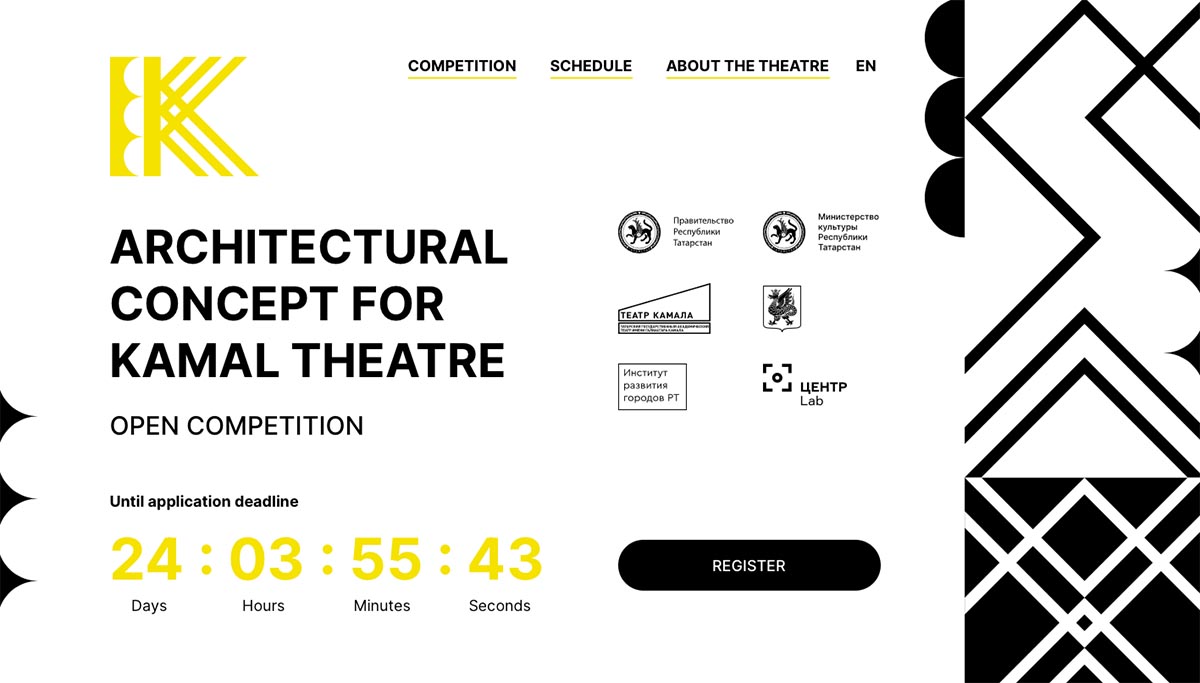 An Open International Competition for development of an architectural concept of Galiasgar Kamal Tatarian State Academy Theater was launched on the main stage of the theater.

To enter the competition, participants need to complete an application form on the official website by September 15, 2021. The competition will end on January 27, 2022.

The event was attended by Mayor of Kazan Ilsur Metshin, Minister of Culture of the Republic of Tatarstan Irada Ayupova, Principal Director of the Galiasgar Kamal Tatarian State Academy Theater Farid Bikchantaev, Assistant to the President of the Republic of Tatarstan Natalia Fishman-Bekmambetova, and Co-Incorporator of the International Urban Laboratory CENTER Lab Sergei Georgievskii.

"The significance of Kamal Theater as the first national theater with a century-long history is high for both Kazan and its citizens, as well as for the entire Tatar world. We want to use the most maximalist approach to the execution of this project. This is exactly why we are launching an international competition for this project. Nowadays, we engage international players in order to design territories and facilities that have a special meaning for the city. Lake Kaban waterfront in its current guise is a result of an international competition as well, even though there were plenty of sceptics at the start stage. We now have a unique waterfront that is loved by natives of Kazan and admired by our visitors. We expect the same deserving result from thiscompetition," said Mayor of Kazan Ilsur Metshin. 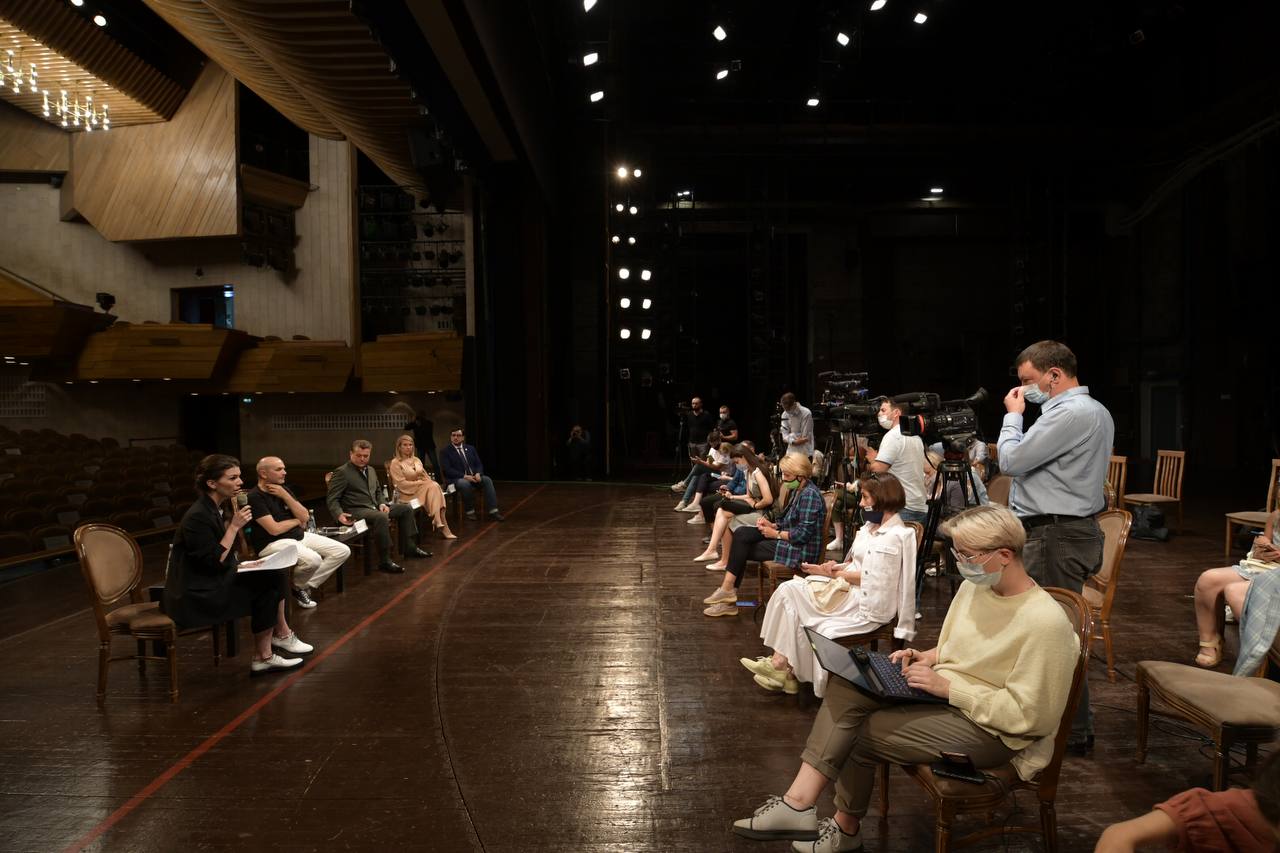 "Creation of new spaces is linked to both an increase in demand for space and development of the theater itself, as well as reflection on its place in modern society and role in the culture of Tatarstan. We lack rehearsal rooms, well-equipped dressing rooms, we have no dance hall, no space where our actors can give classes, we don’t have enough rooms for decoration, props and costumes storage, and the conditions for operating personnel (who also participate in the general creative process) are very modest. But most importantly, we don’t have a modern performance venue where directors and artists can go beyond creating and imagining, and so, as they say, put their most ambitious ideas into reality. It’s not about particular people, it’s about the theater art that doesn’t have the right to remain stagnant, and this includes the technology field as well. Well- known Tatar writer Karim Tinchurin said that theater has to use all achievements of the modern art in its work in order to be able to communicate modern rhythms," noted Principal Director of Galiasgar Kamal Tatarian State Academy Theater Farid Bikchantaev.

The competition will end on January 27, 2022. Both Russian and foreign companies can participate. Applicants can cooperate as Consortia. When forming these, inclusion of professional teams from the Republic of Tatarstan is welcome. 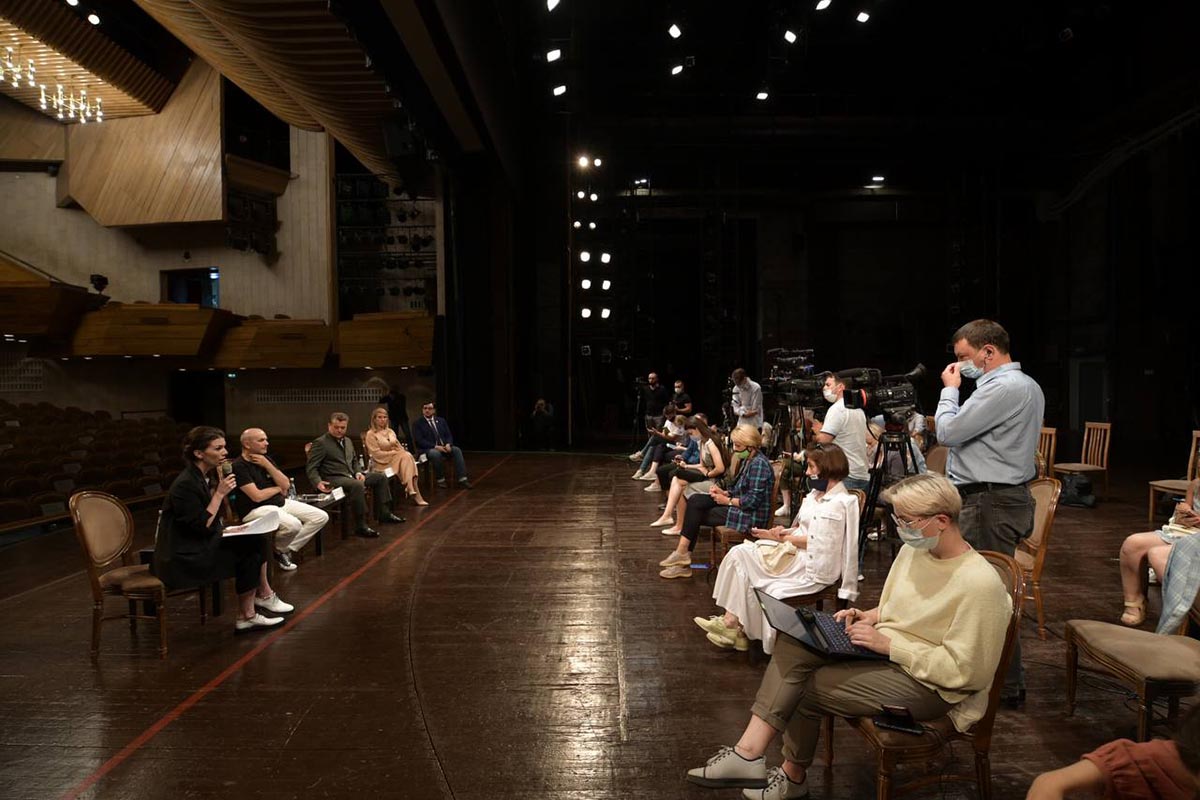 "The jury will acknowledge the presence of Kazan teams in consortia. To take context into account and to execute the project next, it is important for us to have citizens of Kazan participate in consortia from the start. We realize that this is a major push forward for the growth of local competencies. People who take part in international competitions and then execute projects in cooperation with international specialists present us works on a different level. We can see it from the results we receive from our architects. We also follow the reaction of natives of Kazan. The building will be situated in a park, and all communications and parking lots will all be placed underground. The territory planned to be used as a park is going to be one, a park zone with a theater building. We are absolutely not going to add any other buildings to it and pave it. That is part of the terms of reference of the competition. A requirement all participants should comply with," said Assistant to President of the Republic of Tatarstan Natalia Fishman-Bekmambetova.

The competition will be held in accordance with UNESCO Recommendations related to international competitions for architecture and city development. 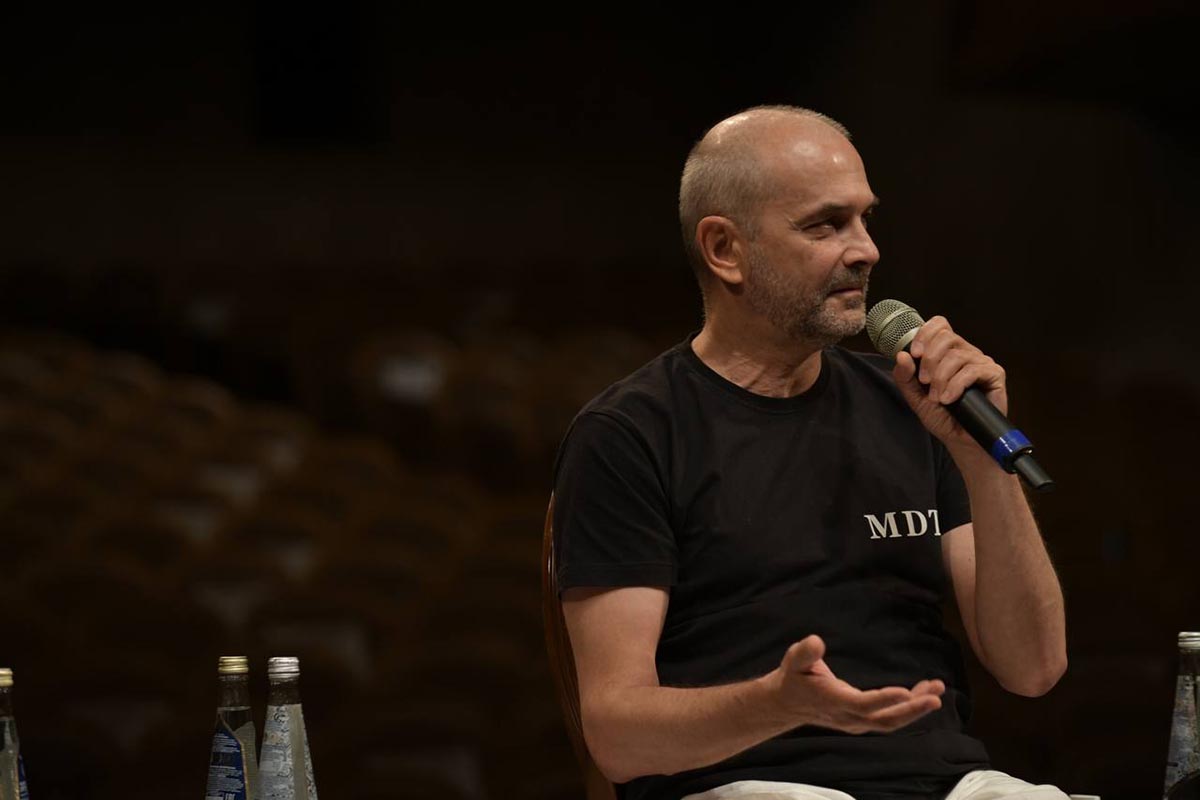 In the last 6 years, the Republic of Tatarstan has held several dozens of open professional competitions. Their finalists and winners have become partners of the Republic for years and received an opportunity to make their projects a reality.

An outstanding example is the system of Kaban lakes. Not only has the competition project been realized It has also received a range of prestige architectural rewards, including the special prize of the American ASLA – International Planning Excellence Awards 2019 in the Grand Award for Urban Design/Kevin Lynch Award nomination. 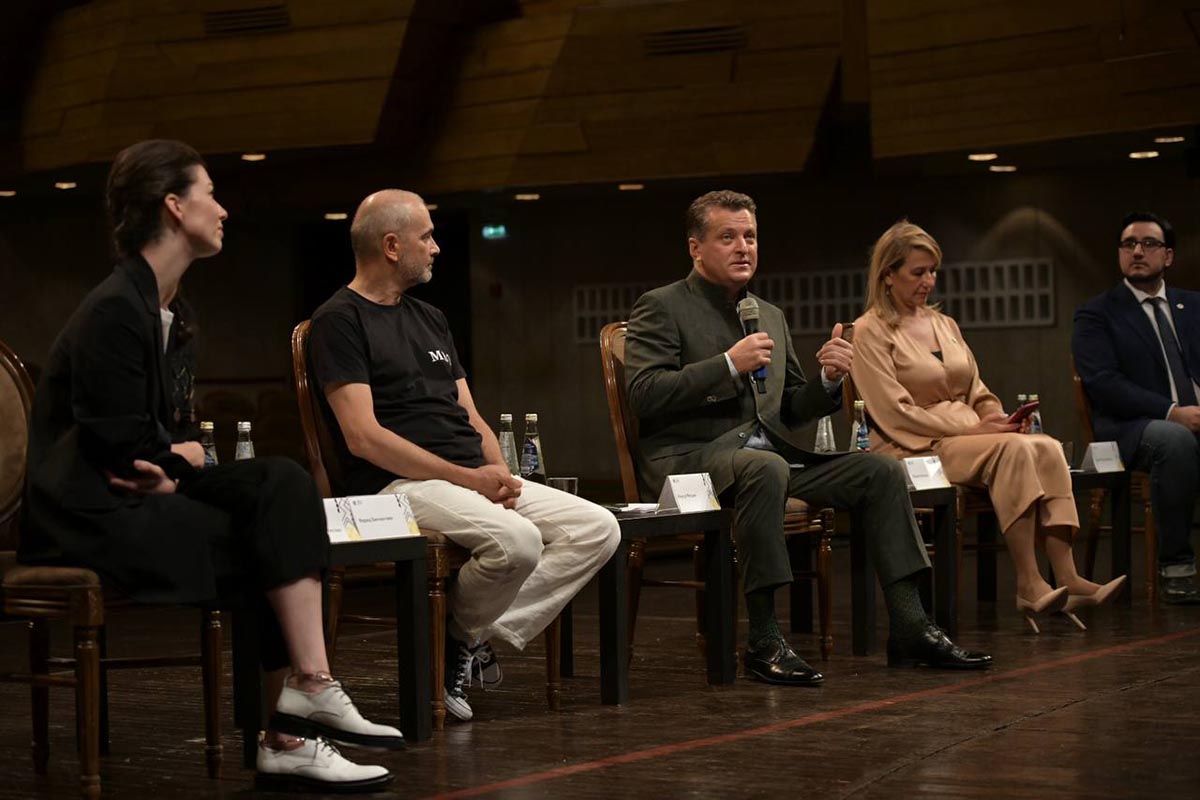 On September 27, a meeting of the Expert Panel will take place in person in Kazan.

On September 28, a meeting of the Jury will take place. 7 finalists who will be engaged in the development of competition proposals will be determined.

January 13 is the submission deadline.

The winner will be the creator of the best proposal as chosen by voting of the competition jury. Based on the results of the meeting of the Jury, the winner and two finalists will receive additional payment equal to following sums:

The new building of the Galiasgar Kamal Tatarian State Academic Theater is planned to be built between the Hadi Taktash street and the Nizhniy Kaban lake.

"This place feels like home for us all and has already become a part of a tradition. On this new place, we can create a building that will comply with all modern requirements of the organization of theater process and keep the spirit of our national theater, our gem at the same time," added Minister of Culture of the Republic of Tatarstan Irada Ayupova. 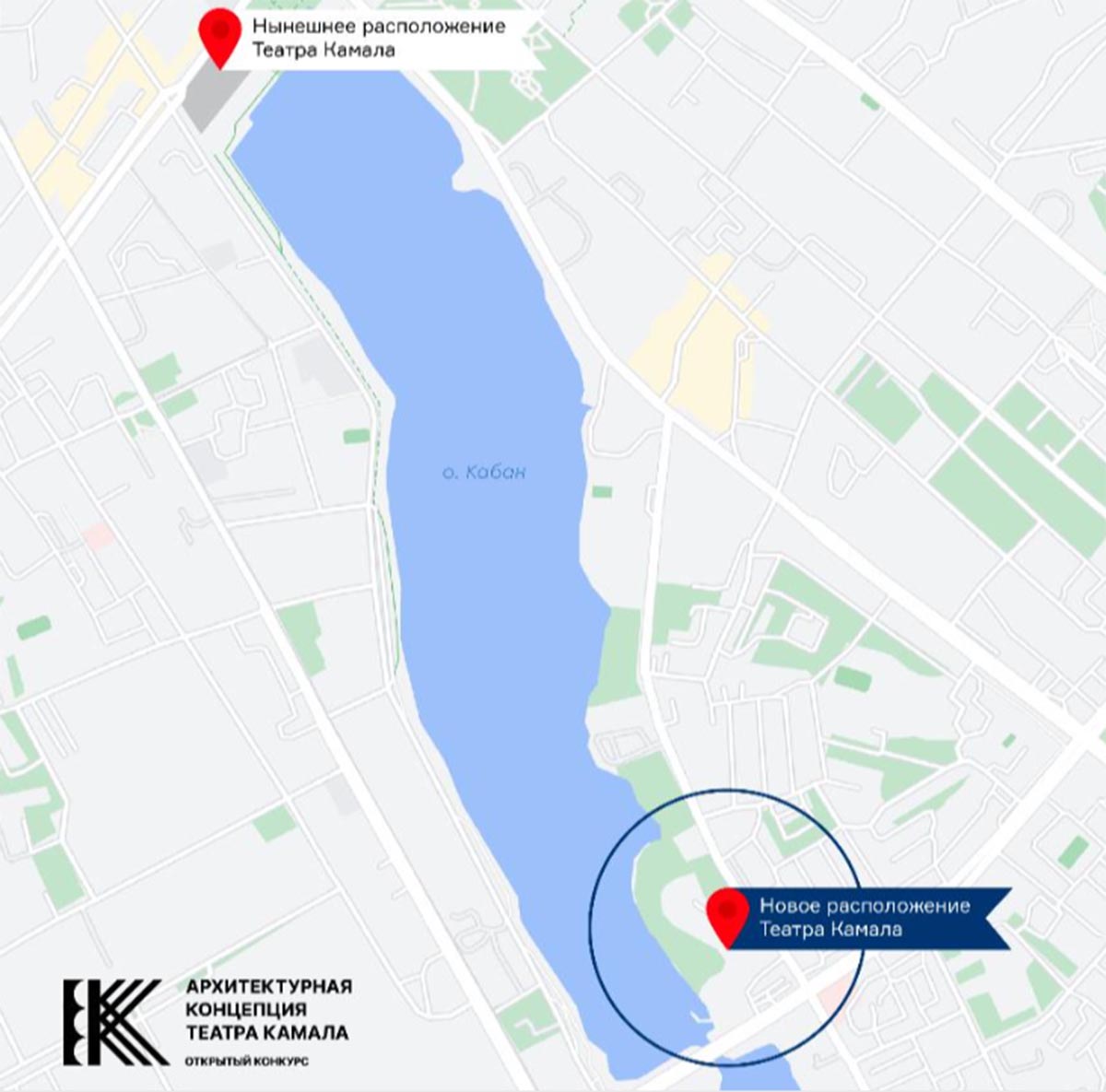 The Kamal Theater, the oldest national theater of Russia, was established in 1906. The current theater building on the shore of the Kaban lake has been in operation since 1985.

Geographically, Kamal Theater is situated in the center, between the historical Russian and Tatar parts of Kazan, and between the hilly city center and the lowland behind Kaban lake. The concept of “center” also applies to the theater in a symbolical way: it’s a place where Russian, Tatar and other folk cultures that coexist in the republic cross, mix and there is mutually beneficial exchange. Architecturally, the theater plays a central role as well. The building resembling a sailing ship on the lake’s shore is a key urban dominant element in the area of the Bolaq channel, Kaban lake and Tatarstan street.

Its uniqueness is provided by the eclecticism of its repertoire, use of miscellaneous theatrical languages and techniques, versatility and flexibility of the acting company of the theater team in general, and varied activity forms, from on-stage performances to education. The theater has always played a role of an educational center, without limiting itself to activities tied to theater and performances alone. The theater has been holding forums that unite people from Turkic-language theaters across the CIS for many years, and is actively collaborating with European theaters.

All images courtesy of The Kamal Theater.