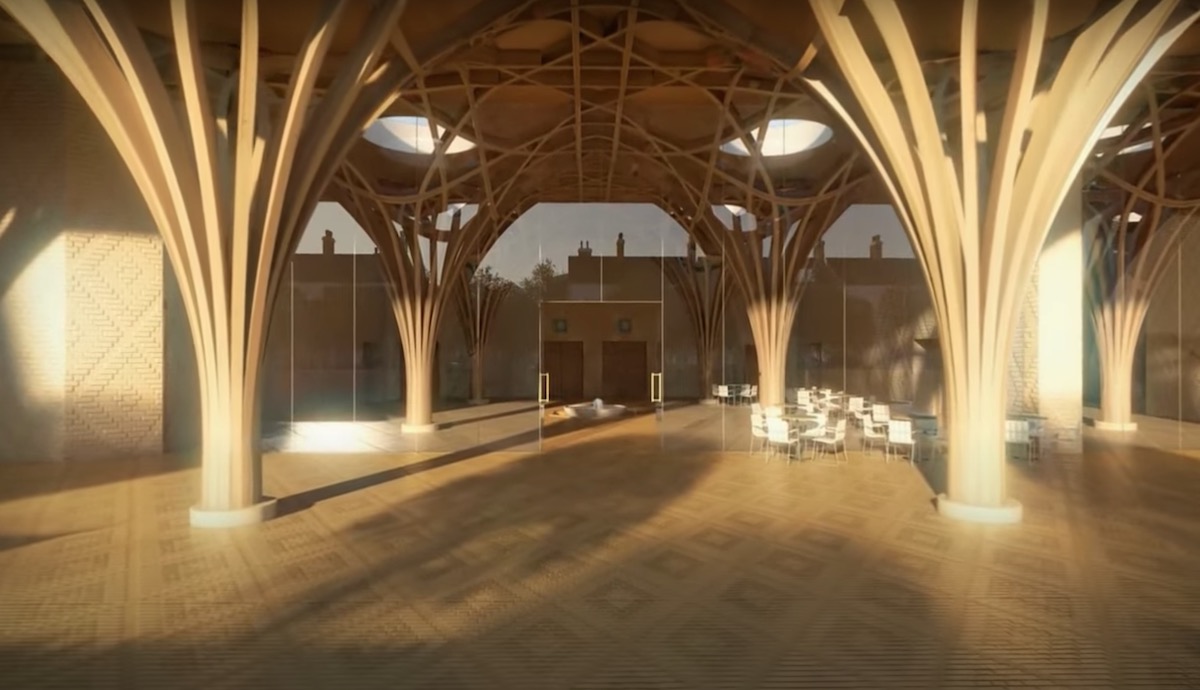 The sustainable design principles in architecture is getting more imperative due to climate change and global warming issues around us. With the start of the holy month Ramadan, we like to remind you the UK’s first green mosque-inspired both by Islamic and English religious architectural traditions.

The UK’s first green mosque "The Cambridge Mosque" - which opened its doors to the public in 2019, and is aiming to be a model for other religious buildings around the world - was designed by architect David Marks.

His aim was aimed a British mosque for the 21st century that is unique and inspiring; as told by the architect: "We didn’t want to create a replica or pastiche of something that existed elsewhere. The opportunity to do something English, British, excited us. Now that there is a significant Muslim community it’s time to work out what it means to have an English mosque."

The architect's dream of creating a stand alone design has also pointed ted by Abdal Hakim Murad, chairman of the Cambridge Mosque Trust, and he remarked that, "creating a brand new sacred space has been the main challenge, to bring together something that’s very ancient and timeless with the very latest technologies."

The journey of the mosque started in 2007 "when the existing Mawson Road mosque began to experience capacity issues, with latecomers having to pray on the street." 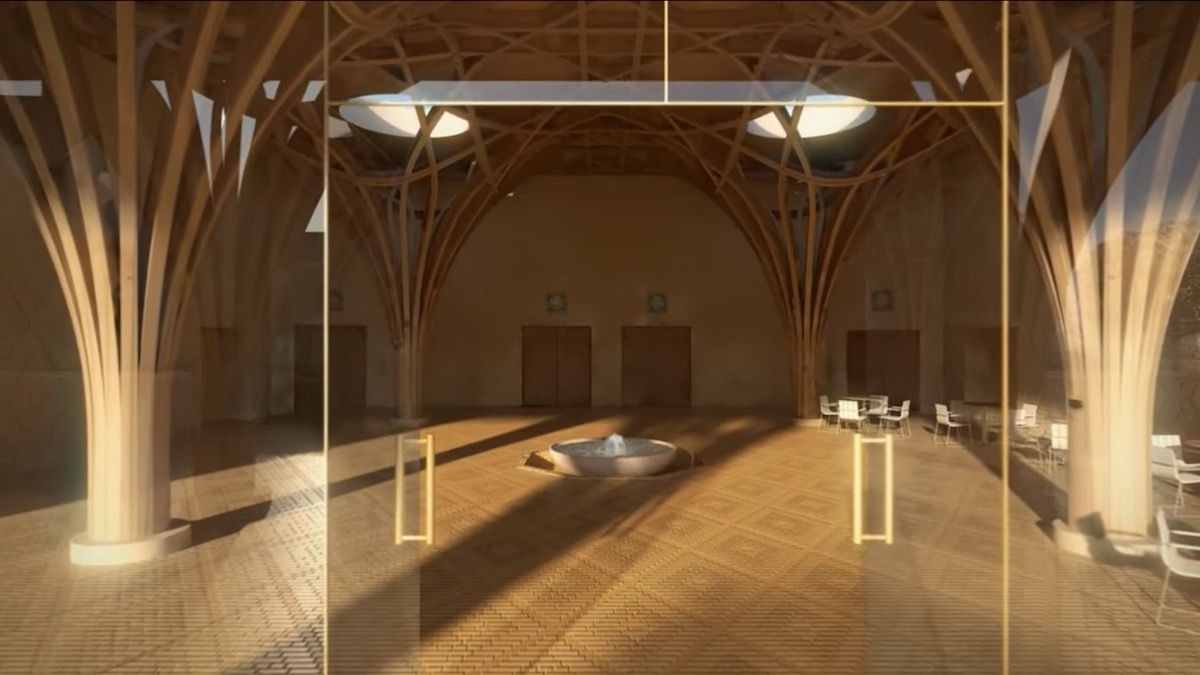 As told by the architects, for the design of the mosque an international competition - which was intended to "announce Islam’s presence in Cambridge as a spiritual and cultural centre not only for Muslims but also the wider community" has been announced with a brief of "inventive and innovative ideas for a 1000-capacity mosque that  is sustainable and socially and architecturally integrated into and respectful of its neighbourhood." 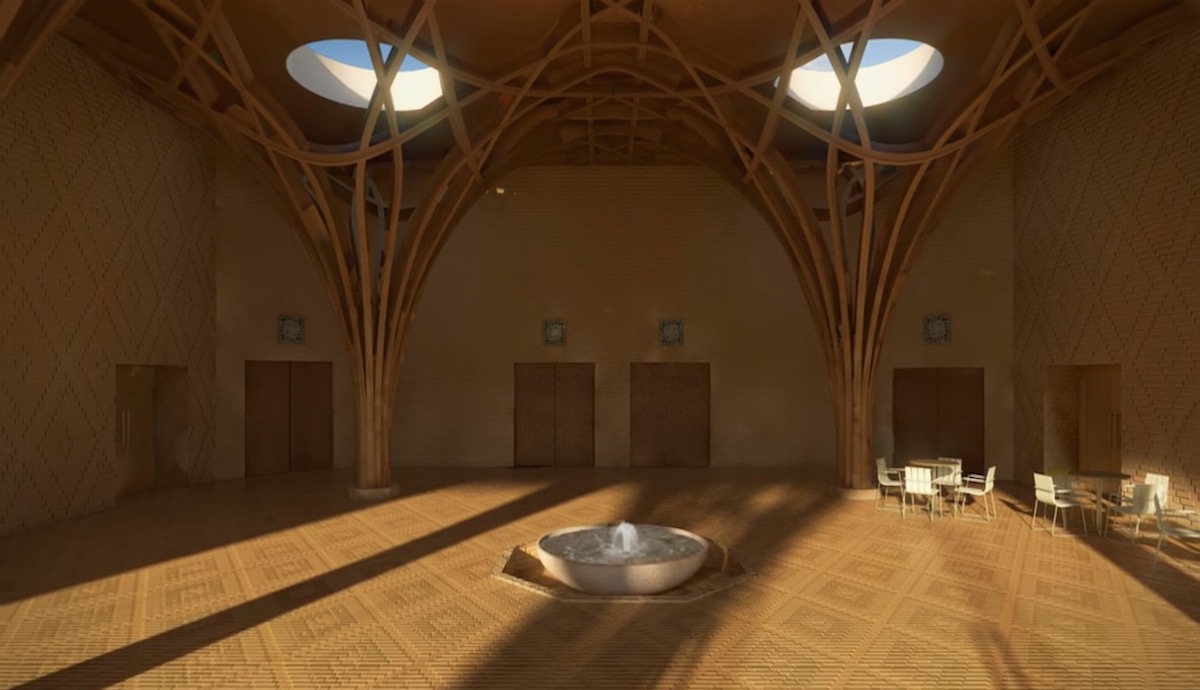 In 2009, Marks Barfield Architects won the competition to design the building with their concept of the mosque as a calm oasis within a grove of trees; in which the link between the local and the Islamic is expressed through the natural world.

They pointed that "for centuries, mosques throughout the world have adapted to their local building materials, vernacular, cultural and climatic conditions. It was eventually that they were inspired both by Islamic and English religious architectural traditions without scarifying to develop the idea of a British Mosque for the 21st century." 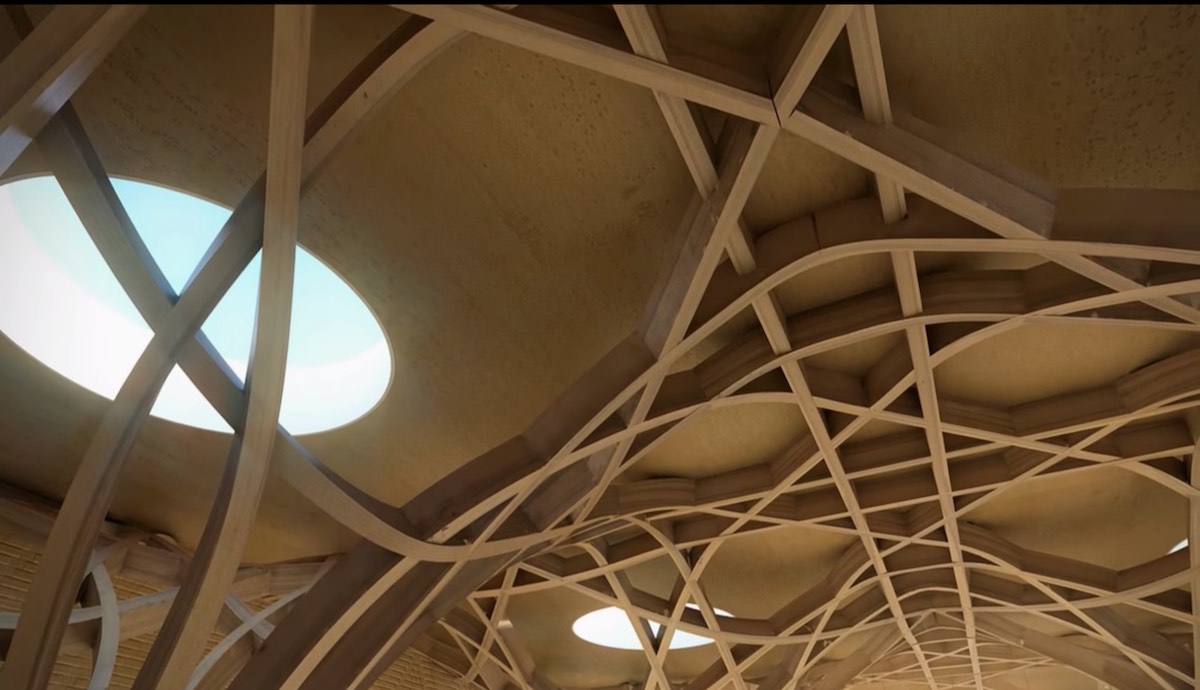 The Mosque has been built by timber structure as the defining feature using sustainable sourced spruce that is curved and laminated.

"The timber columns, or ‘trees’, reach up to support the roof using an interlaced octagonal lattice vault structure evocative of English Gothic fan vaulting, famously used at the Kings College Chapel, Cambridge nearby," as told by the architects. 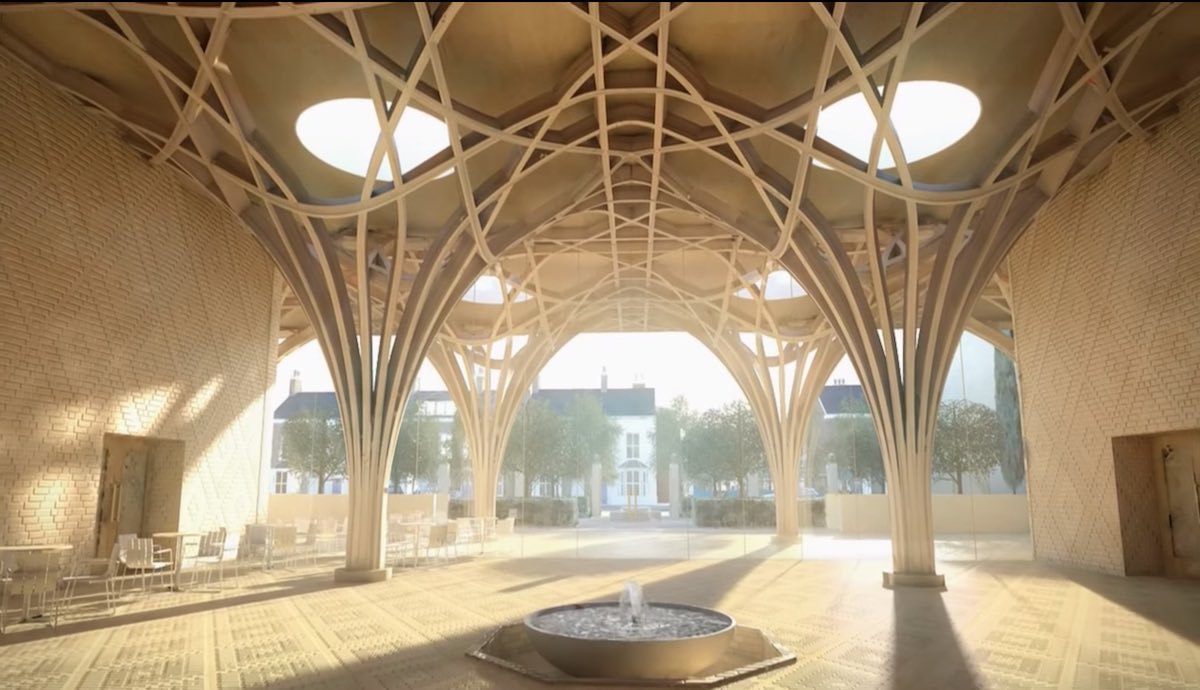 The octagonal geometry of the tower is likely a reference to Islamic art, as it has strong symbolism in that field. It symbolizes the cycle of inhalation and exhalation; this, known famously as ‘Breath of Divine’

The mosque also features roof lights above the trees which provide creating a prayer hall bathed in light. The architect has symbolised the meeting of heaven and earth by the tile cladding of the external walls that is in traditional Gault colour with castellated parapets.

The Cambridge Mosque aimed to be environmentally sustainable and environmental concerns have been foremost important in its design, since Muslims feel a strong imperative to protect the environment, as it is a gift from the Divine.

The Mosque, which is naturally lit  by large skylights i and supplemented by low energy LED bulbs, has photovoltaic cells on the roof help generate renewable energy from sunlight; as well as heated and cooled by locally generated energy, by way of highly efficient heat pumps that produce far more energy than they consume.

Abdal Hakim Murad notes that "Islamic civilization has been based on the rejection of waste as an underestimation of God’s blessing, and so in the construction of the new mosque here in Cambridge, we were very much at the forefront of the local environmental movement."

You should be prepared a journey of a gradual transition from the street through an Islamic garden, if you wish to reach to the contemplation of the prayer hall, which is orientated towards Mecca.

As it is noted, "with the collaboration of UK-based specialists such as the geometer Keith Critchlow, garden designer Emma Clark, and artists Amber Khokhar and Ayesha Gamiet, among others, the final design marries traditional Islamic architecture, geometry and horticulture with indigenous English materials, plants and craftsmanship to create a unique synthesis." 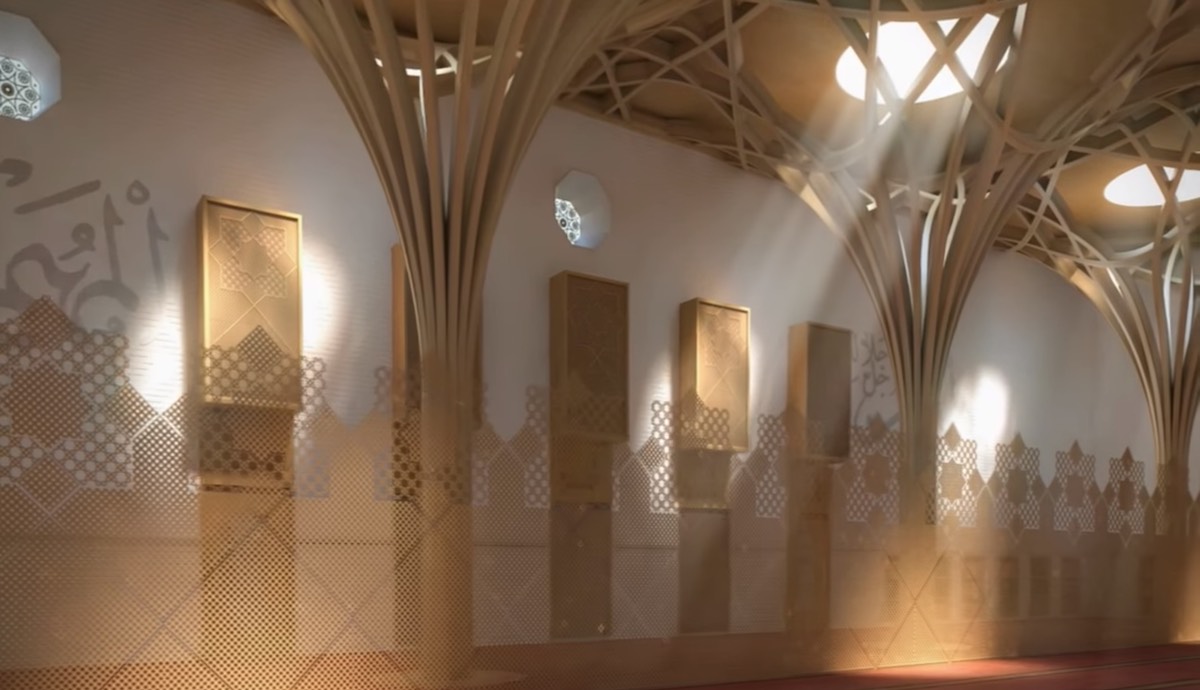 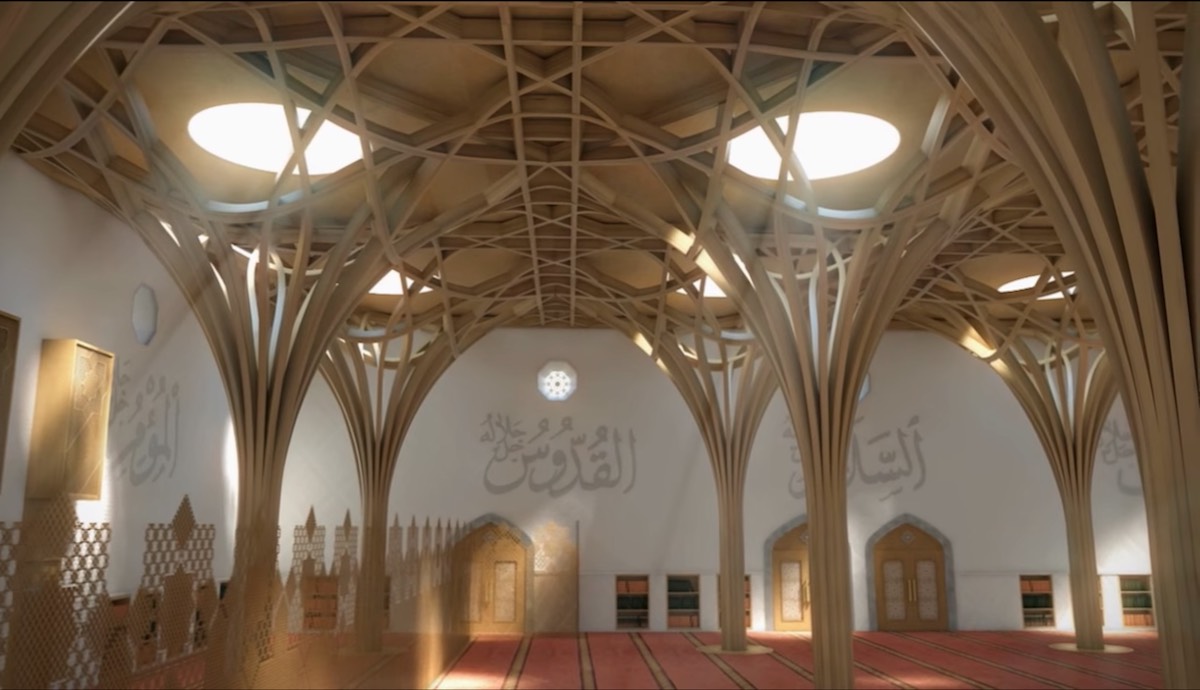 "This building will be truly inclusive, sustainable, safe, secure and respectful of the neighbourhood. It will be a landmark building which will inject new life into the Mill Road area of Cambridge of which the local and wider Cambridge community can be proud," said Tim Winter-Chair Muslim Academic Trust + lecturer in Islamic studies, Cambridge University (via architect's website). 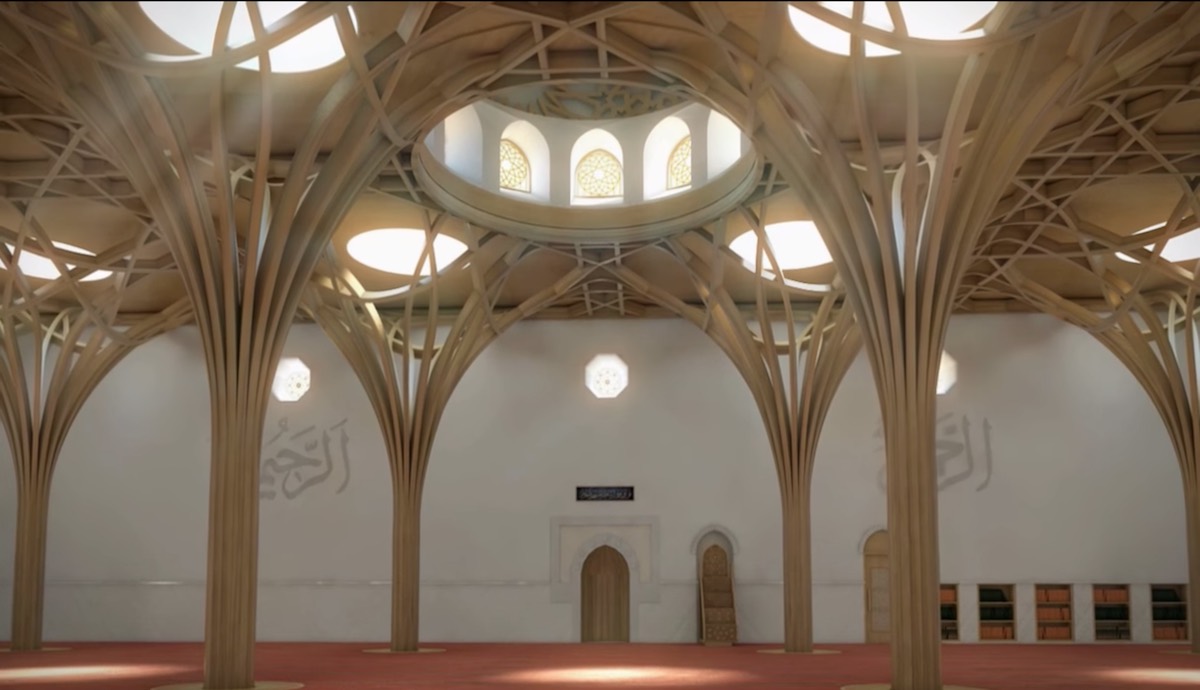 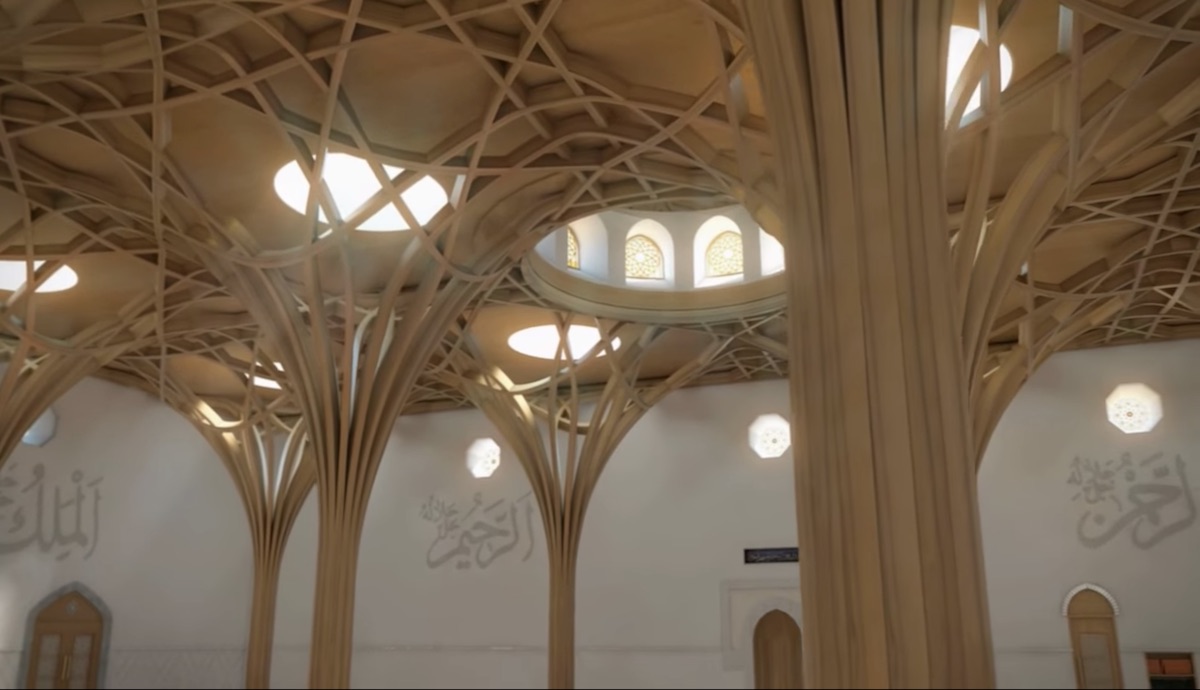 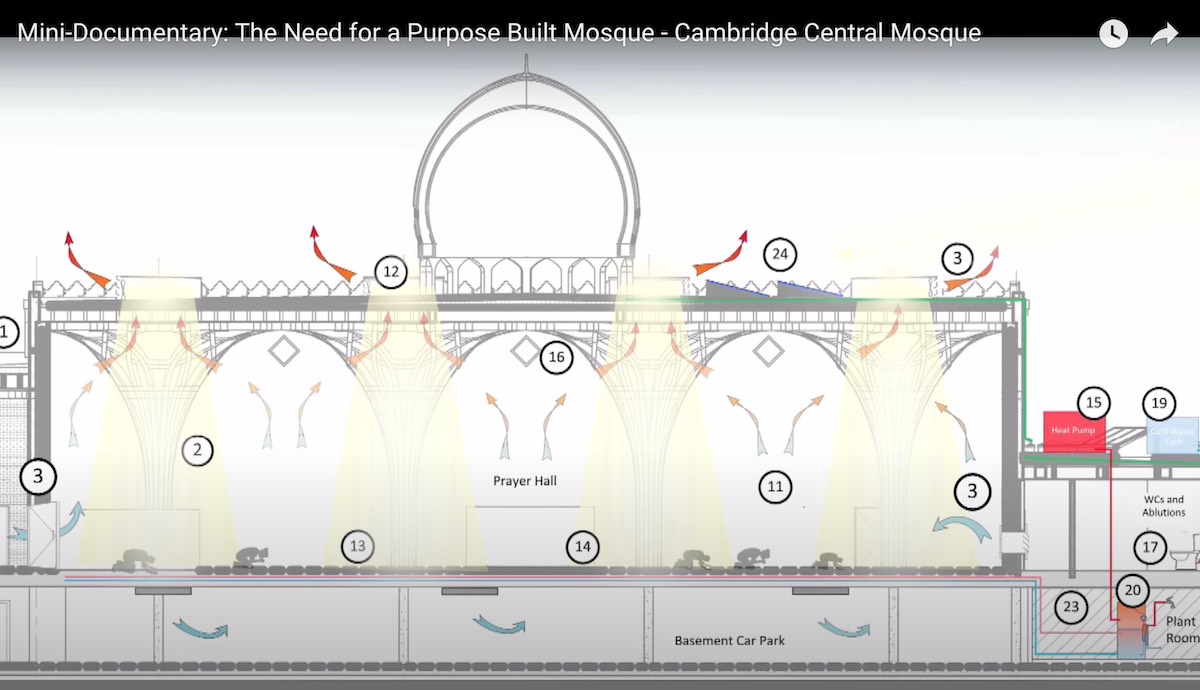