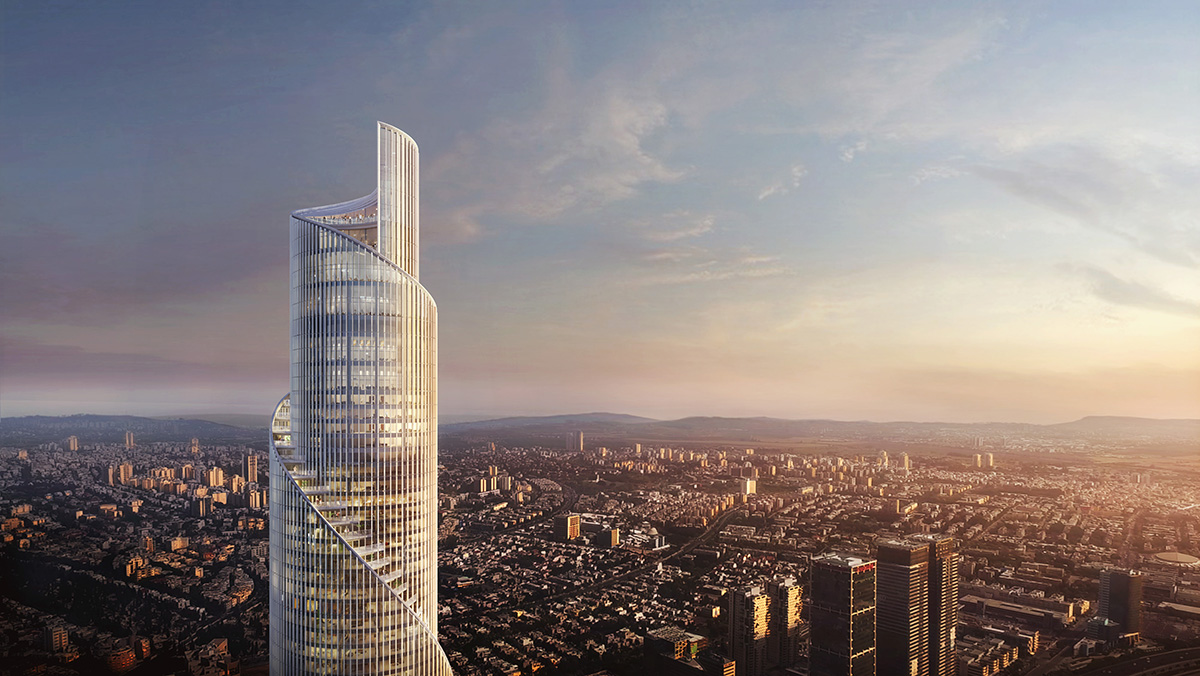 Global architecture firm Kohn Pedersen Fox Associates (KPF) has unveiled design for its spiraling tower, which will be the tallest building of Tel Aviv upon its completion.

Named Azrieli Tower, the building, reaching 340-metre height, will become the new icon of the renowned Azrieli Center, and will feature a vibrant mix of uses to the city’s business district, and energize the skyline with its unique, aspirational form.

KPF is closely working with the Azrieli Group and MZA, and KPF paid thoughtful attention to the composition of the larger complex, which includes a trio of perfectly square, circular and triangular towers.

The new building is designed as an elongated circle in plan, while the new tower’s elliptical footprint references this purist geometry, respecting the architecture of its neighbors while establishing a dynamic, new identity. 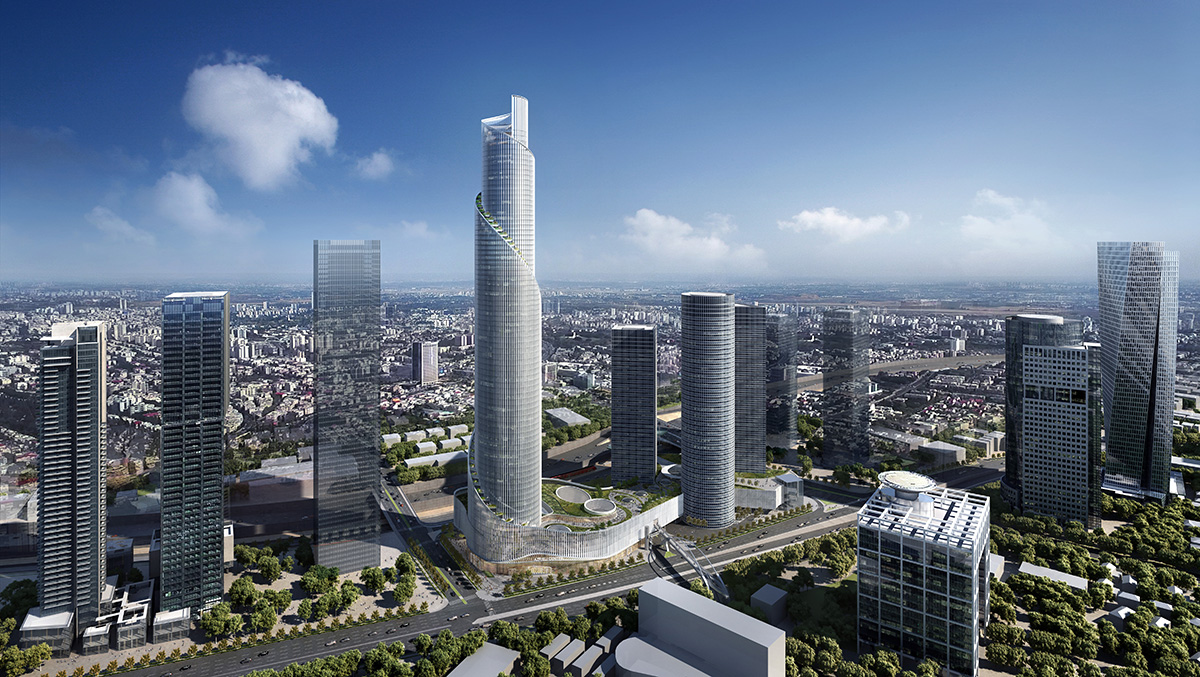 For its outer envelope, the tower takes the form of a spiraling scroll weaving around the existing retail base and towers at the ground level.

Further up in the composition, the façade wraps around the shaft of the new tower, narrowing as it ascends to create optimal office floorplates and scaled to accommodate residential and hotel functions with a large event space at the top.

"The design allows us to unify the urban precinct of the Azrieli Center with the new tower. The spiraling façade appears to drape elegantly around the structure of both tower and base. As it embraces the existing complex, it unifies the four towers into a single composition. The objective is to further invigorate this urban cluster, underscoring its importance as one of the most vital epicenters of Tel Aviv," said James von Klemperer, KPF President and Design Principal.

Near its pinnacle, the tower will include a public space for gathering and entertainment. As the city’s tallest building, the Azrieli Tower will offer unparalleled views of Tel Aviv, from its historic neighborhoods and the Mediterranean Sea to Jerusalem on a clear day. In addition, the high density site incorporates multiple nodes of public transportation, including a future high-speed rail line to Jerusalem, a metro rail and a new subway under construction, and a system of bike lanes and designated bike spaces.

Upon its completion, the tower will join KPF’s portfolio of iconic supertalls, including the tallest buildings in cities like Paris (Tour First), Seoul (Lotte World Tower), Beijing (CITIC Tower) and Shenzhen (Ping An Finance Centre). These and other KPF projects, such as the International Commerce Centre in Hong Kong and the Shanghai World Financial Center, represent shifts in the tall building paradigm that include achievements in height, design, and engineering. In this regard, the Azrieli Tower carries on KPF’s success designing buildings that become symbols of culture and commerce for their respective metropoles.