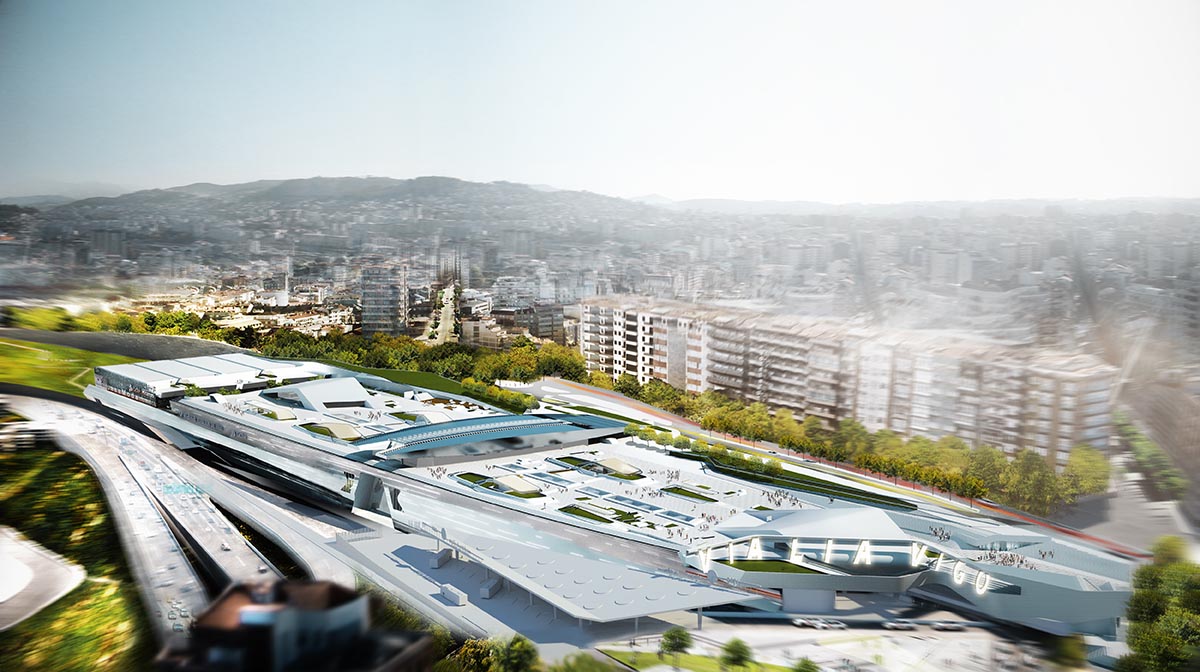 Pritzker Prize-winning architect Thom Mayne's firm Morphosis has completed the first phase of a high-speed rail station in Vigo, Spain. The firm has shared first photographs from the station.

The project, named Vialia Vigo TGV Station, was inaugurated last Wednesday, September 29, 2021. Designed as part of a larger project to revitalize the region’s major train station, the station is located on the western coast of Spain.

Morphosis-designed new transportation hub will ease connection into and out of Vigo, housing a new high-speed railway that connects Vigo to Madrid and, eventually, to Porto, Portugal.

Envisioned as a civic space for a variety of new public, retail, and commercial spaces, the station will foster critical connections for people in Vigo and the surrounding region.

Morphosis worked in partnership with BDU Arquitectura and L35 in the creation of the project. 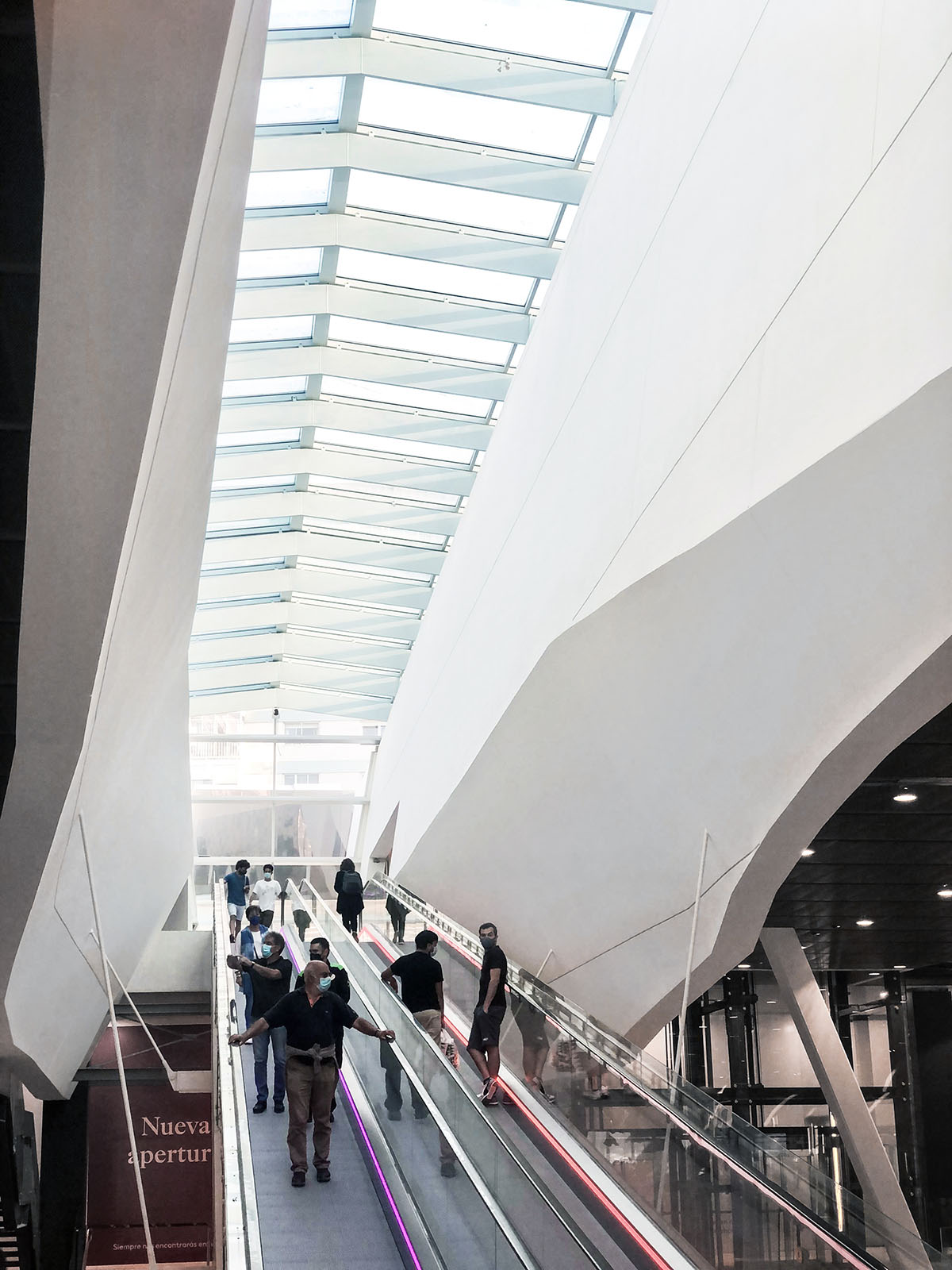 "Vialia Vigo TGV Station demonstrates the firm’s continued interest in collaborating with cities to create projects and interventions that enhance urban connectivity while engaging with the day-to-day experience of its users," said Morphosis Partner and Project Director Brandon Welling.

"Not only does Vialia Vigo provide critical infrastructure to the region, but it creates a new gateway to the city that will catalyze social and commercial growth."

The project is nestled into the mountainous coastal terrain, Vialia Vigo’s narrow site, while it negotiates a 55-foot (17-meter) drop in elevation, sloping from an elevated residential area down towards Vigo’s city center.

The four-storey station features a undulating roof-scape and serves as a public plaza creating a vibrant new public space and vital connections.

The surface of the rooftop plaza folds downward to reveal a soaring atrium below that serves as the station’s main lobby and heart of Vialia Vigo. 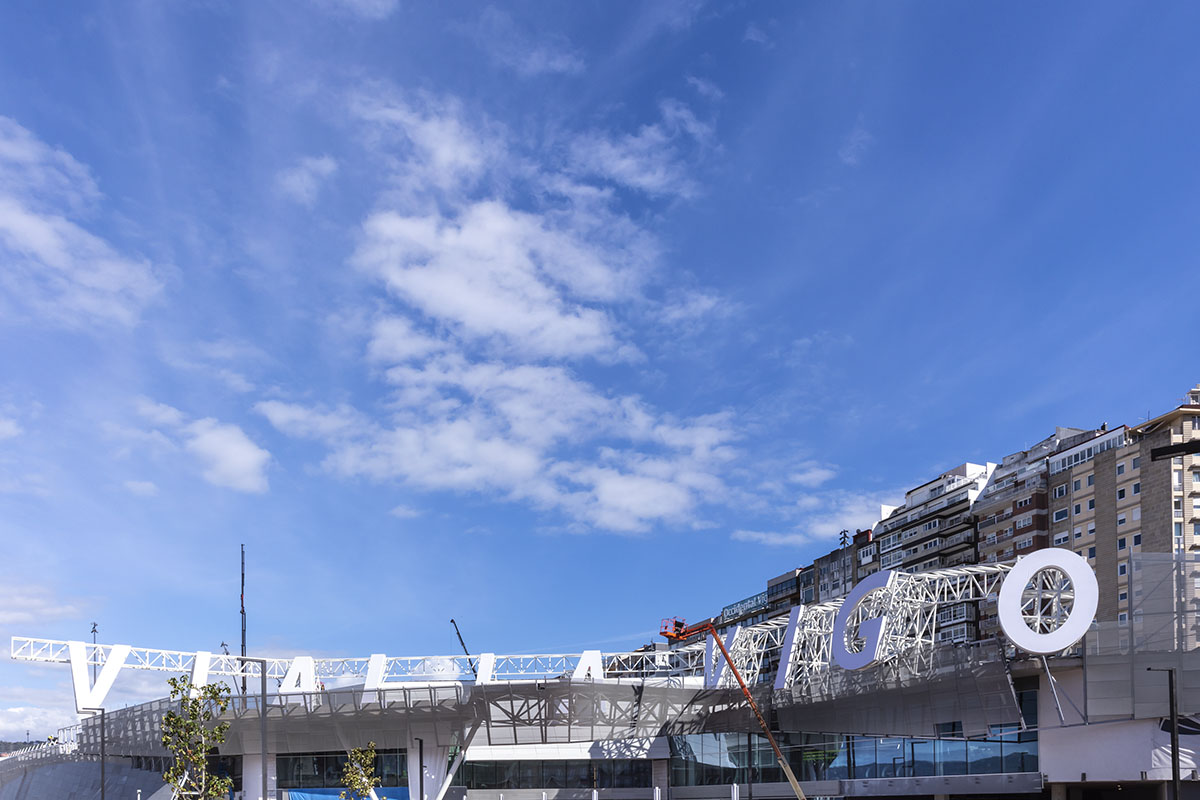 The public plaza’s prominent position and the atrium’s transparent façade afford sweeping vistas of the sea and city center below. Circulation flows are oriented to facilitate navigation, optimize connectivity, and fill the station’s public spaces with cosmopolitan activity.

From a distance, the glowing glass roof that caps the atrium identifies the plaza at night, and lighting beckons activity within. From the highway, striated lights reveal a dynamic echoing the motion of the train station beyond a metal mesh that veils the site from the north.

Morphosis’ work plays into the larger renewal of the station, with future urban developments to follow. Plans to create a variety of public and commercial spaces within the elegant new station will centralize Vigo as an attractive and important destination.

In the practice, Thom Mayne works in tandem with Partners Arne Emerson, Ung-Joo Scott Lee, Brandon Welling, and Eui-Sung Yi, and a team of more than 60 years. Morphosis has offices in Los Angeles, New York, and Shenzhen.