The Cybertecture Egg in India by James Law 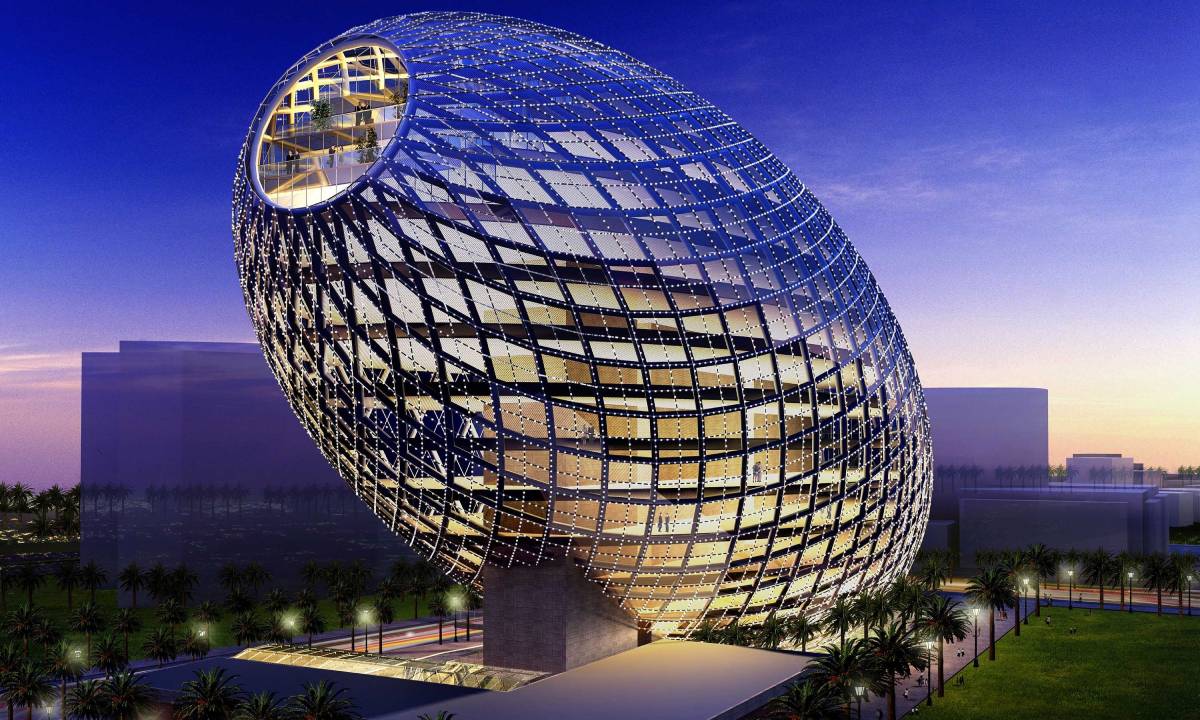 What do we understand by Cybertecture?

18th century witnessed a seminal shift towards Roman architecture, making it a prime focus around the world. The highlight was the new architectural style reflecting the tomb structures by the Afghans and Turks, till date are personifying earth’s beauty by their existence. 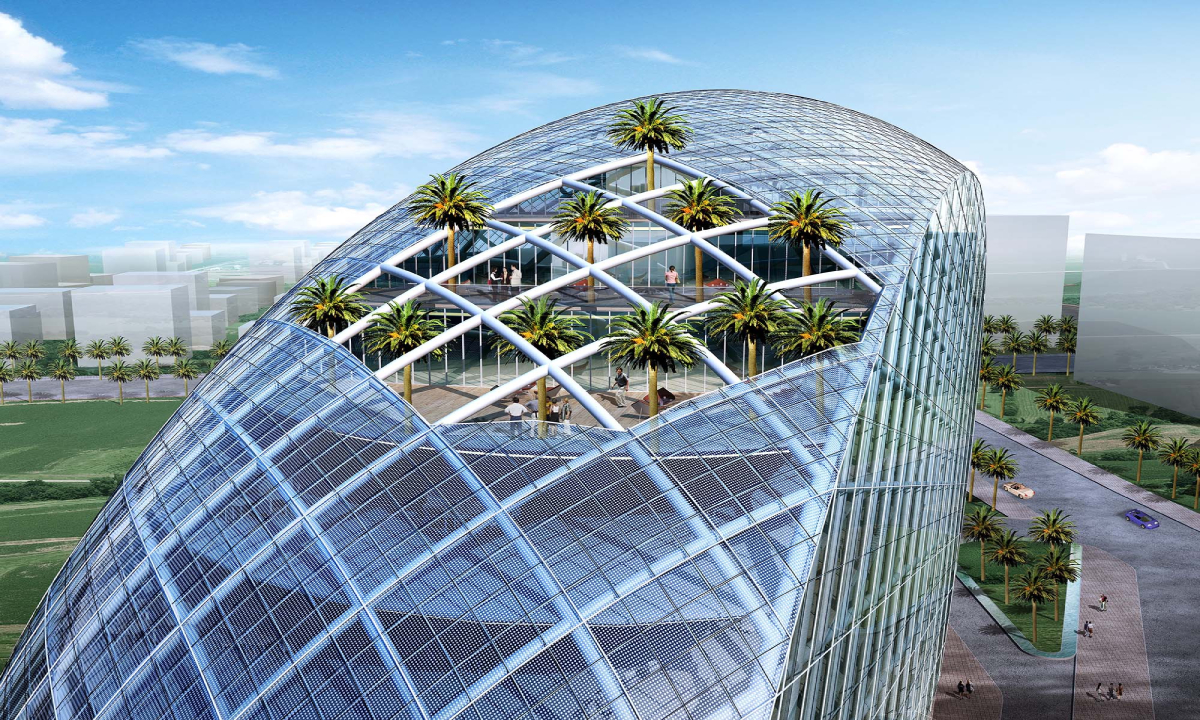 Since then we have evolved as humans in all spheres of life, as well as in terms of architectural preferences. When we talk about cybertecture, a 21st century innovation, which marks the zenith of architectural work around the world. Barring the evolution of building materials to concrete, steel and glass, human intelligence has also entered the field of structural design and its intricacies. Technology, multimedia and interconnectivity have become intangible materials in shaping a built form.

Hong Kong based James Law led to the concept of Cybertecture. The company known as Cybertecture International specializes in multimedia, interiors and IT planning and at present responsible for 2 million square feet of projects spread across major parts of Mumbai. 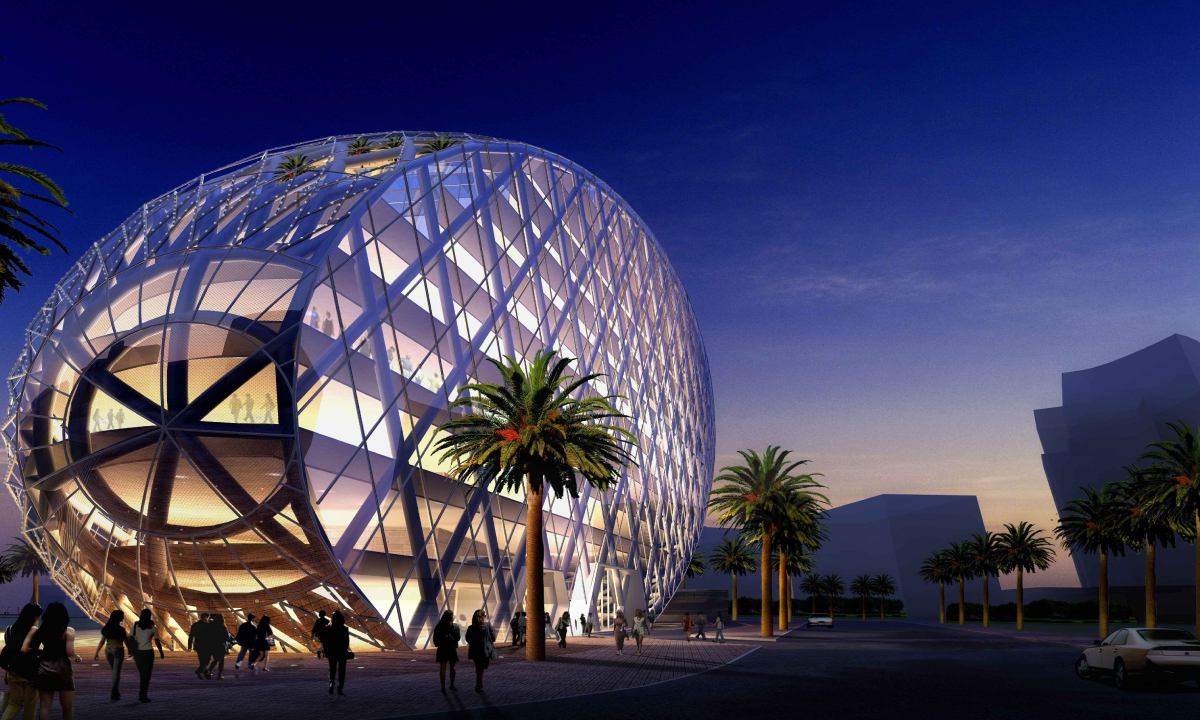 The Cybertecture building was egg shaped with an inspiration from a vessel. The ideology was to personify the world  in terms of the planet being vessel which is self-sustaining comprising of an ecosystem permitting the life existence, its growth and subsequent evolution. Coinciding with our planet, the building comprises of a sustainable ecosystem evolving from intelligence in architecture (termed as Cybertecture), providing a dynamic user interface in the physical world complimenting it with a comfortable access to the virtual spaces.

The central business district of Mumbai known as Bandra Kurla Complex, witnesses the iconic sphere serving as a beacon and nucleus creating its own unique identity.

In an article published in Financial Express, James Law, chairman and chief cybertecta, James Law Cybertecture International, pointed out challenges faced by the introduction of Cybertecture in India, which are as follows:-

Advantages of the Cybertecture based buildings which are as follows: 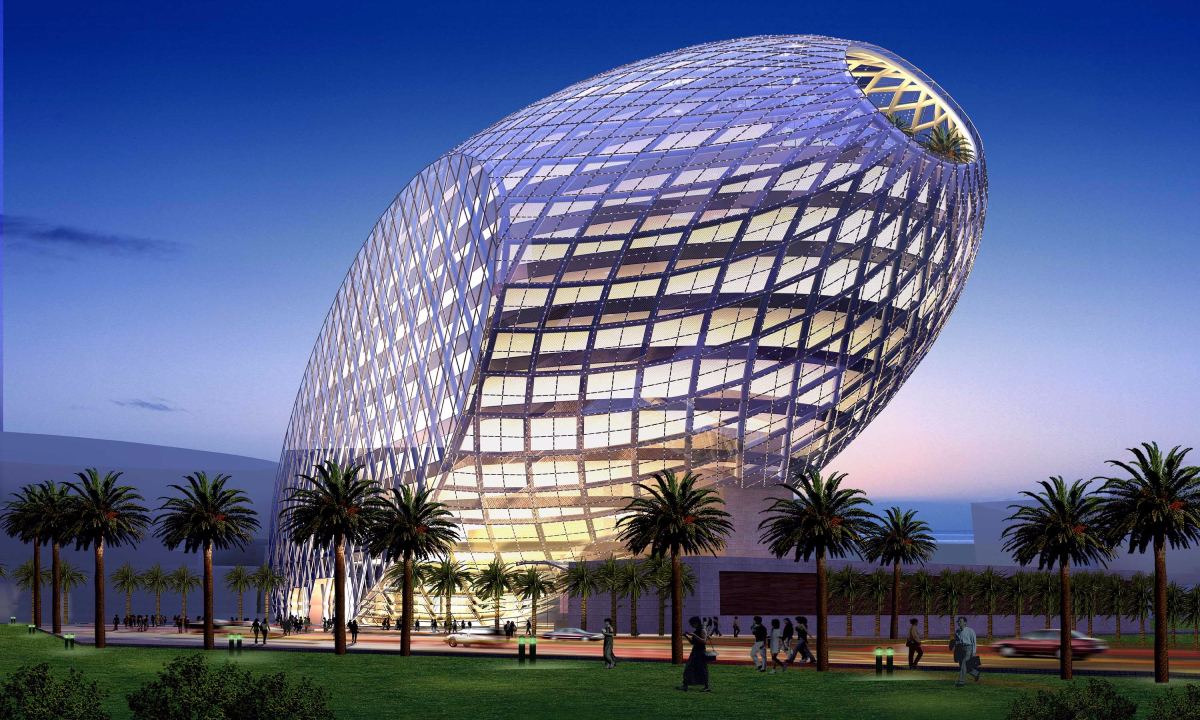 The structure of the Cybertecture egg uses a diagrid exo-skeleton (made of cast steel nodes of solid steel to create fire resistant structure), due to which it becomes a stiff structural system providing large floor plates without any columns, resulting in the reduction of construction material usage to approximately 15% in comparison to usual buildings, the project was detailed in Green Building + Architecture Magazine.

The 13 story building is spread across 33,000 square meters of office space along with 3 levels of basement  providing 400 car parking capacity. The cantilever part of the egg  spans more than 40 metres. 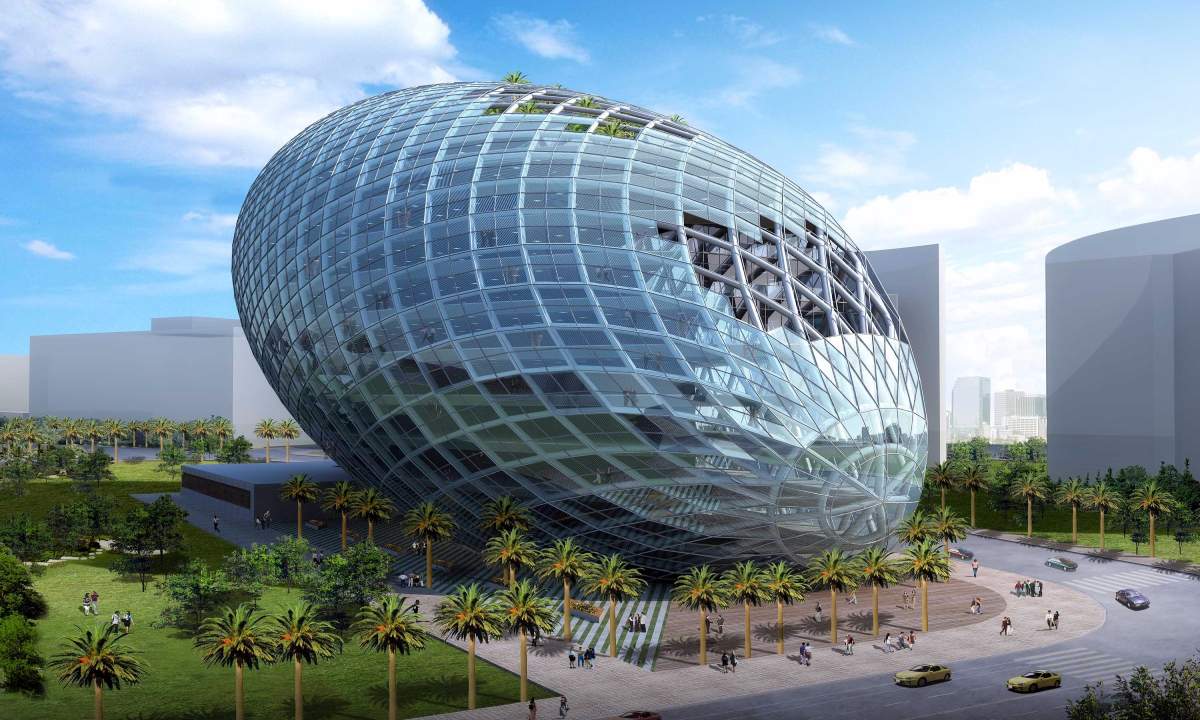 To minimize the heat gain, the building is oriented towards an ideal direction providing green spill outs (known as sky gardens) with sun shading, oxygen replenishment, refuge areas for people as well as cooling for building and wetland filter beds for water recycling.

To provide alternate electricity and save energy, solar panels and photovoltaic cells are integrated into the Intelligent glass façade facing the sun.

The building has underground cooling system providing temperature control inside the building along with saving energy and a water recycling system installed for sewerage treatment and filtration, rain water harvesting, and wetland cell systems resulting in recycling of up to 20% of the water consumed in the building.

The building uses a culmination of technology and sustainability to decrease its energy demands setting an example for the new age architectural innovations.