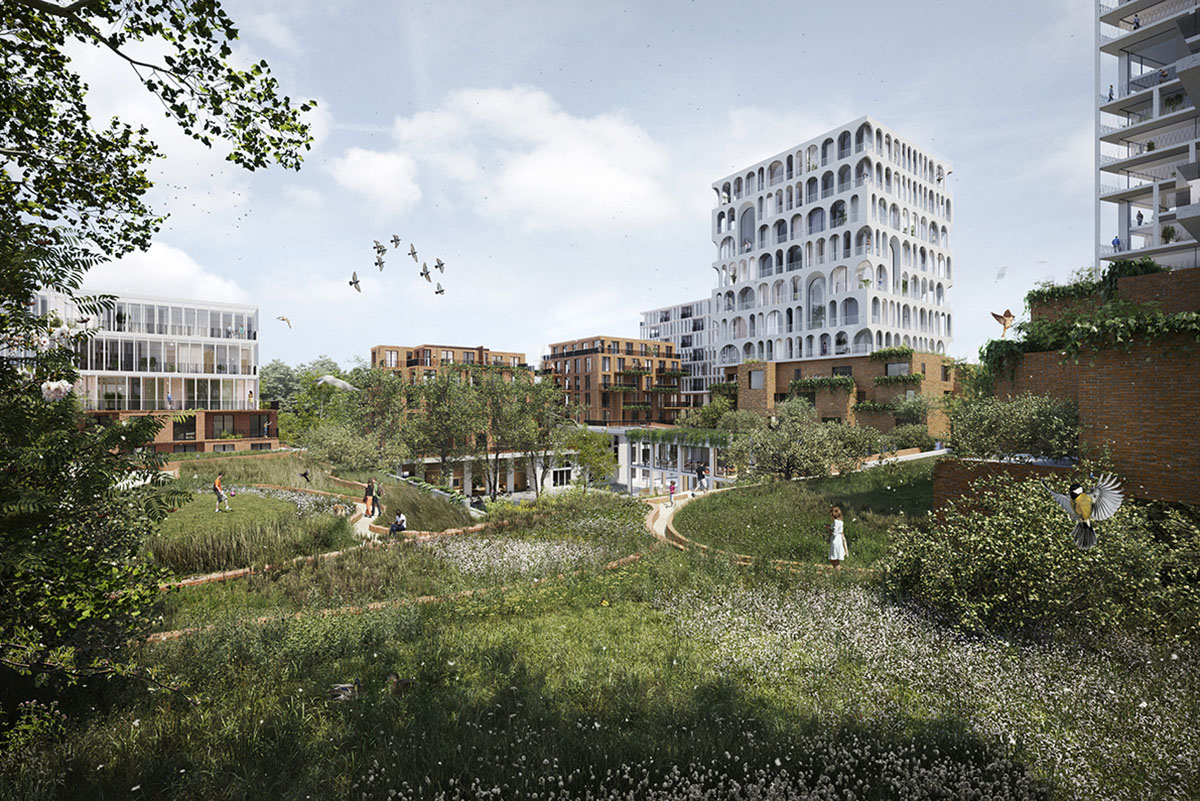 A team of architects based in Rotterdam, consisting of ECHO urban design, Orange Architects, More Architecture, Studio Nauta and MoederscheimMoonen Architects, have won a competition to design a mixed-use neighborhood in ZoHo, an area adjacent to Rotterdam’s CBD and Agniese district.

Named ZOHO, a new creative district will combine existing local businesses and a community of creative professionals, as well as mixing new residents in the new neighborhood that has a potential.

The new development, which is set to insert new standards for urban living and working, is designed to be a strong socially inclusive neighborhood. 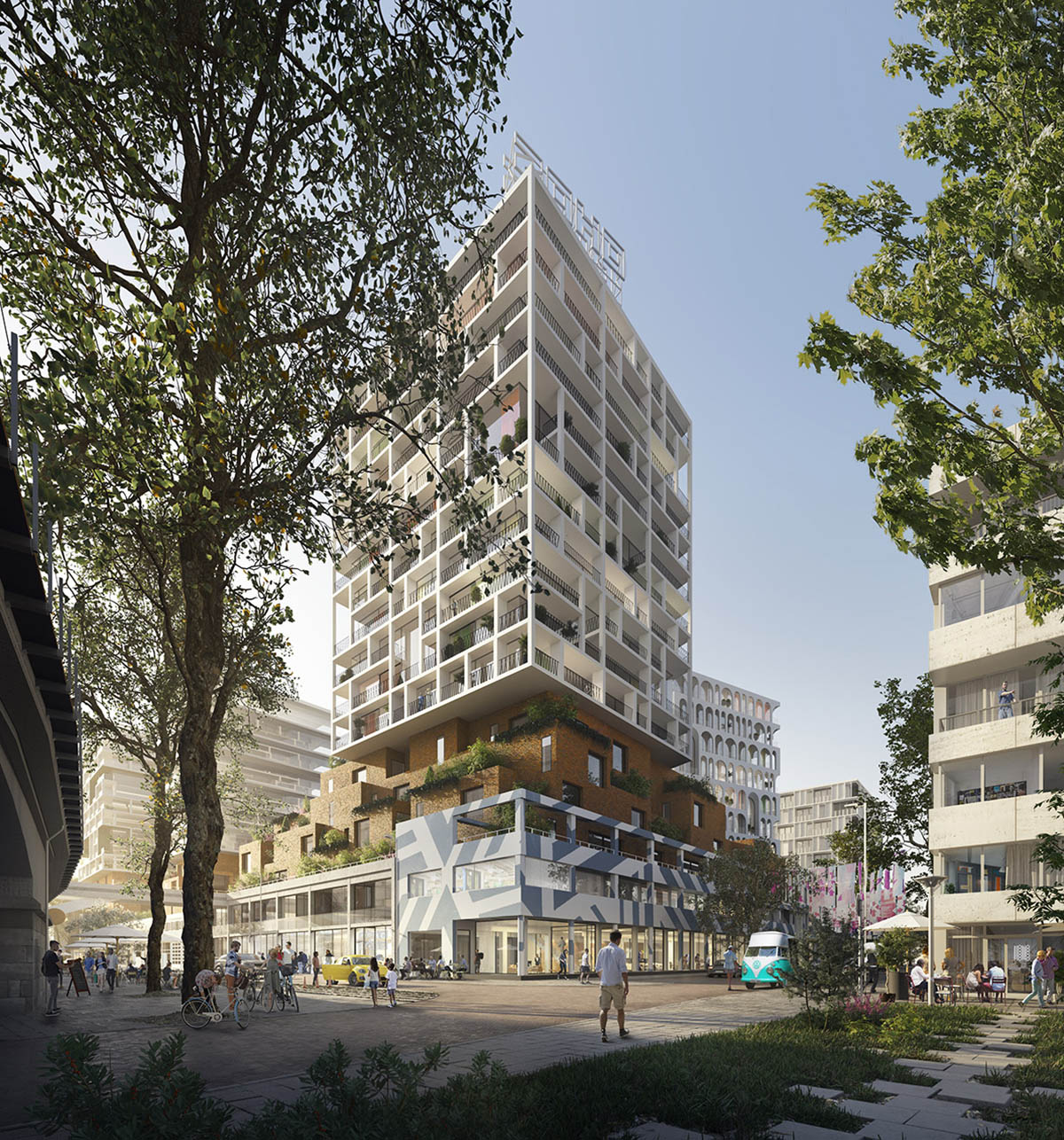 "The team has adopted an integral approach which led to this winning concept with a strong focus on social inclusivity, as well as climate adaptation," stated in a press release.

"In the past decade, creative professionals have turned a brownfield into a lively creative district."

"This low-rise business area with its own identity needs to be transformed into a mixed neighborhood to meet the city's urgent densification challenges," added the team. The team stated that "we have identified space to accommodate multiple ambitions and withstand long-term development."

"We have built upon what is already there: a strong community of creative professionals working in studios and workshops."

They added new layers to keep this creative population in the area and are able to allocate residential space for a mixed population. The project aims to keep social and middle class in the city.

The project stacks three habitats: lab, land(scape) and city. Where a mix in housing (from social to privately owned, from micro-apartments to townhouses where studio and living space is combined) is spread across the levels.

The main goal behind the plan is that the architects don't just stack different layers, but intertwine layers by adding collective spaces for social cohesion. With the rooftop park as the most visible and defining feature. 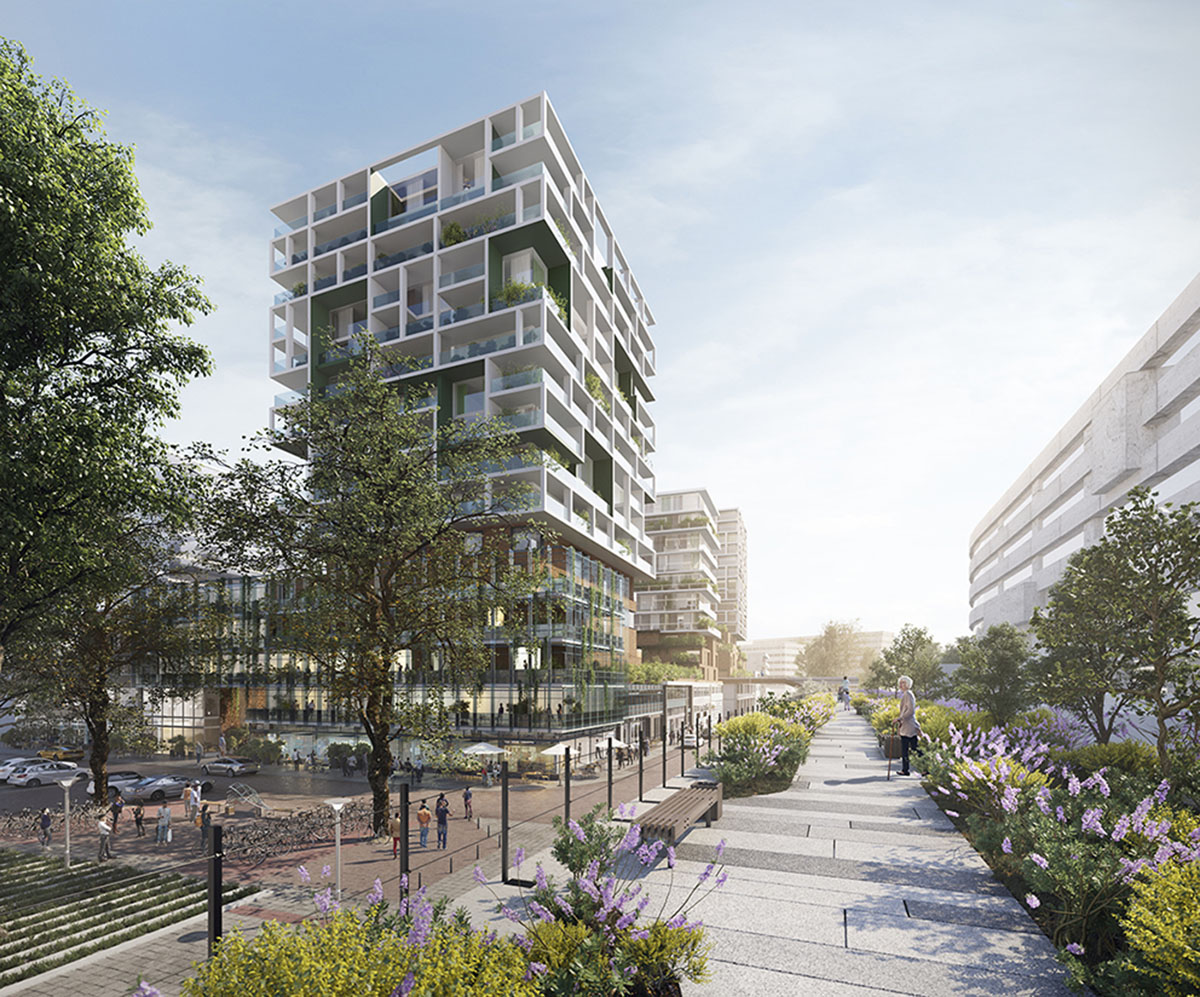 Climate adaptation in a sponge city

The elevated moor park makes this design climate adaptive, as the area is prone to flooding after downpours. It is a little sponge city with an underground reservoir and irrigation system for extreme draught in summertime.

A unique climate adaptive concept that does not have to be connected to the sewer system. Social inclusion and cohesion is created by a mix in typologies and social housing, work spaces, collective spaces and in the way these are configured. "We have reused existing plot sizes and all components can be (re)built separately in time," the architects explained.

With this set-up they are able to accommodate the current (creative) entrepreneurs in affordable workspaces during and after the development of the new ZoHo. The project also includes a shared mobility hub on a large scale with cars, bikes and scooters.

Collective spaces that contribute to social cohesion – including the rooftop park, a ‘living room’ and a sports facility can be found within the three habitats and are accessible for all existing and new ZoHo residents, as well as the neighboring Agniese district. 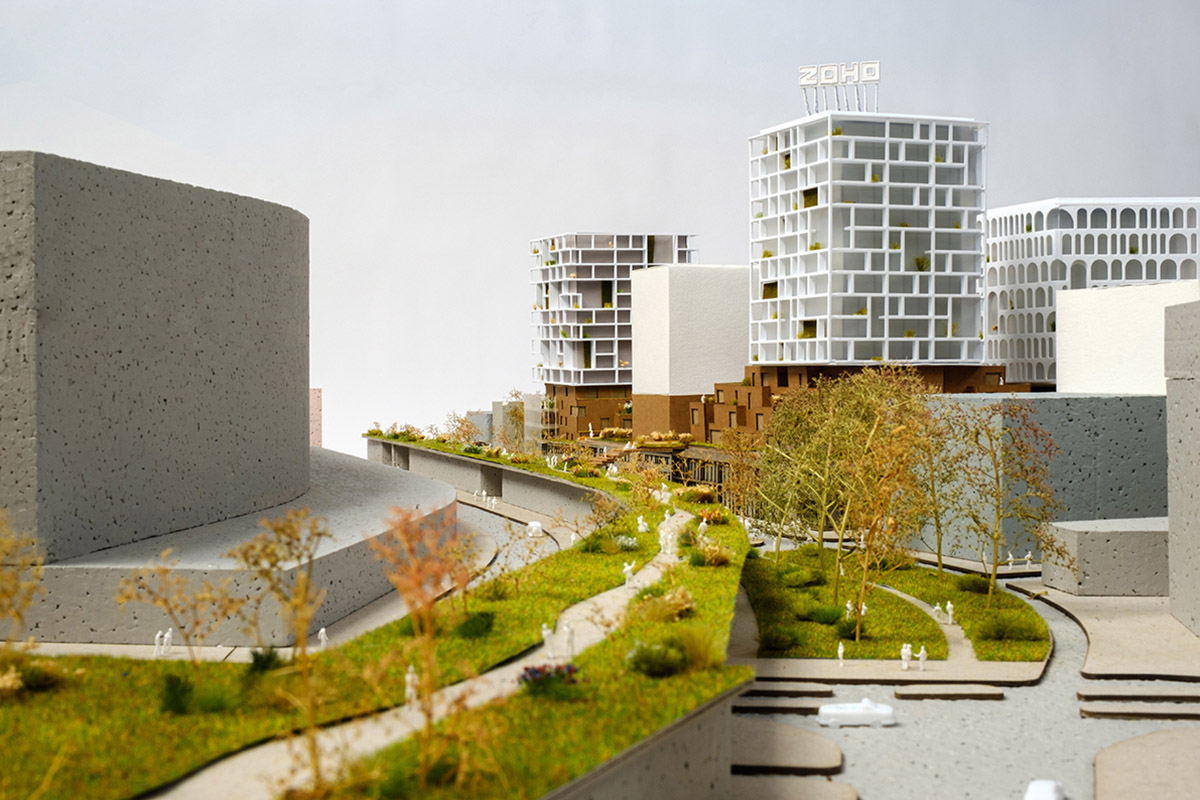 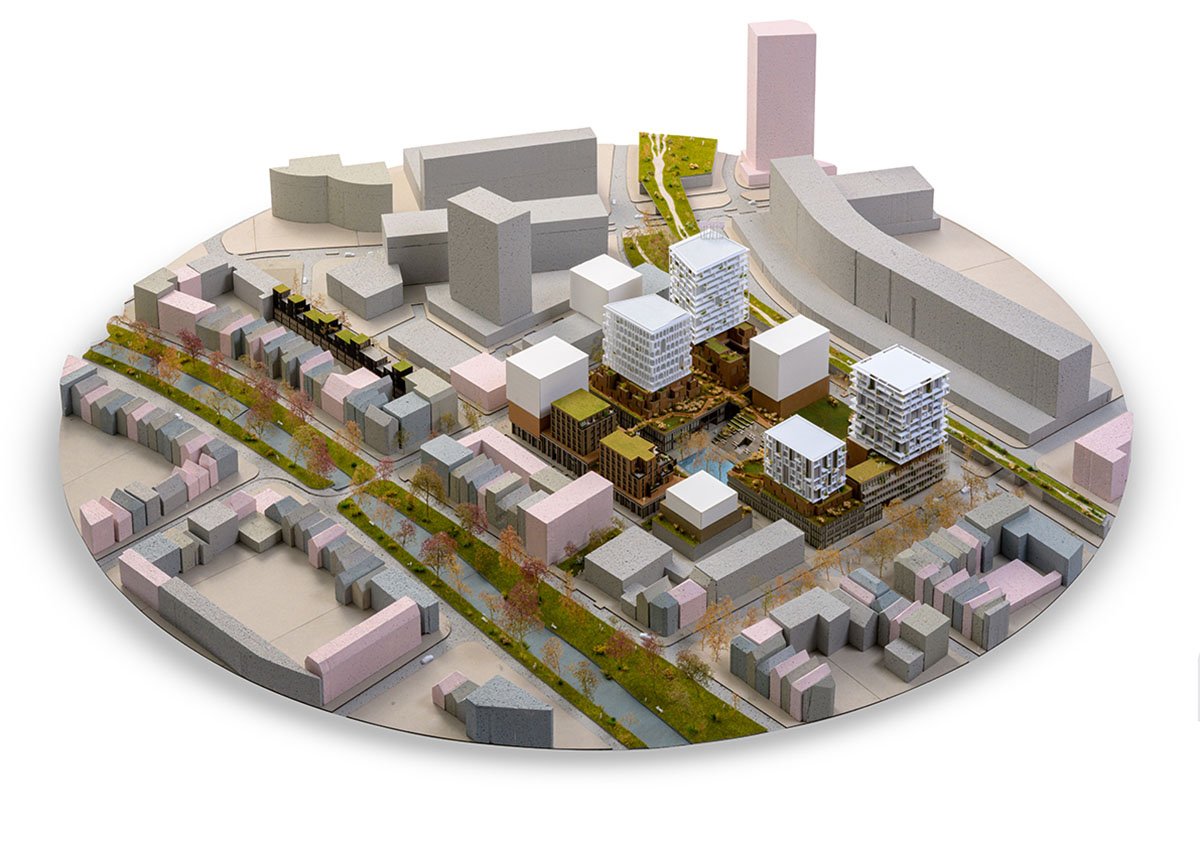 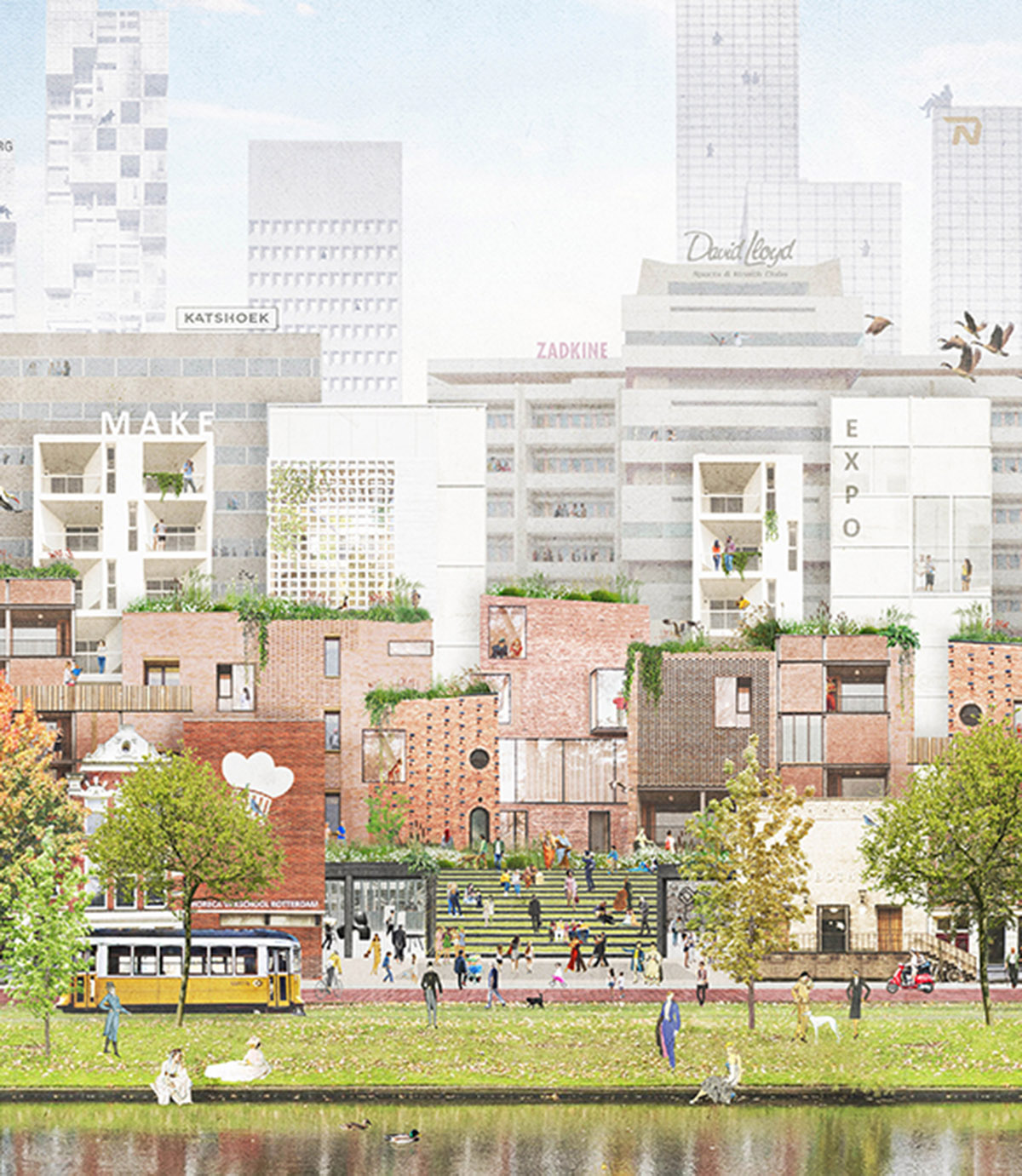 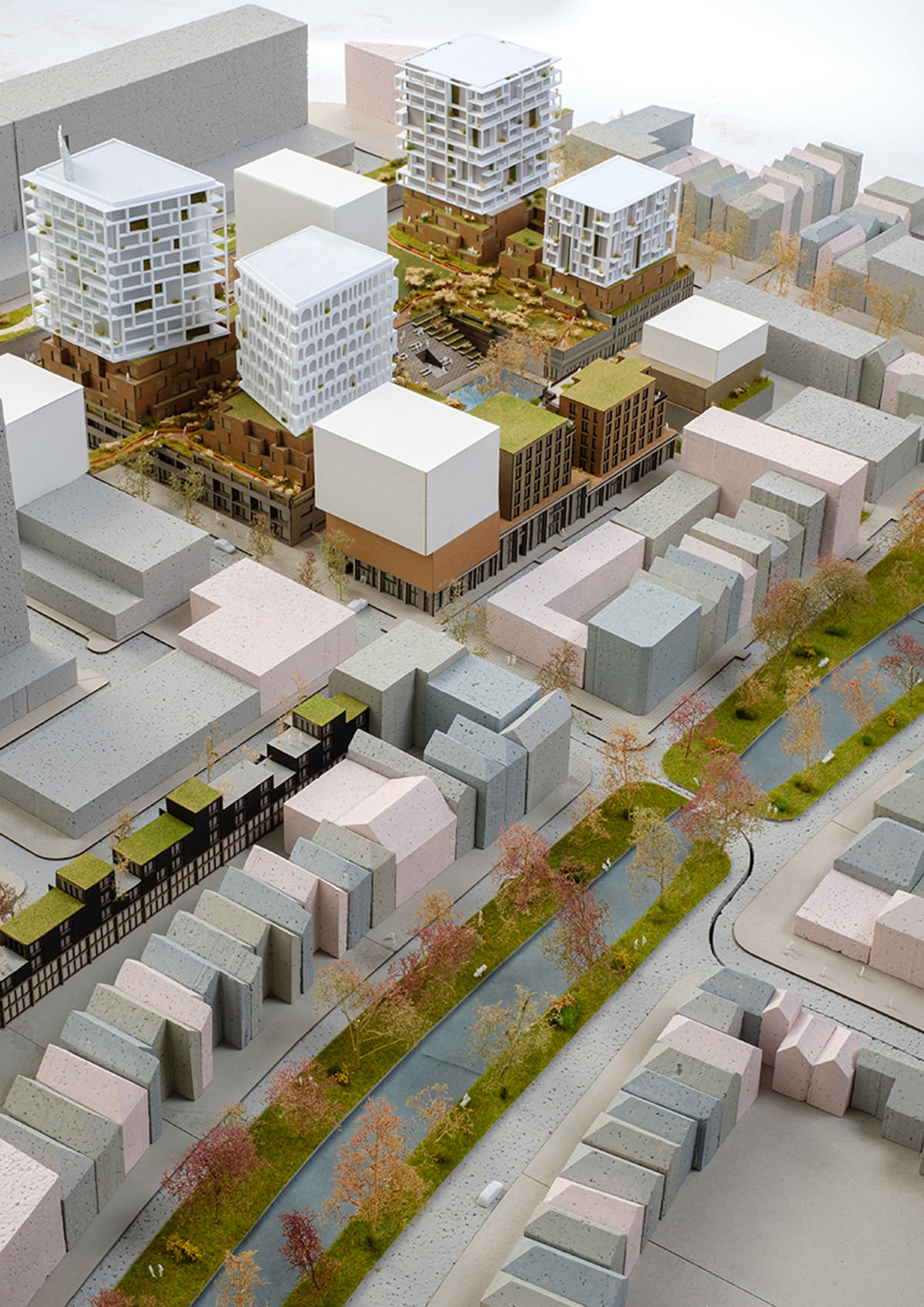 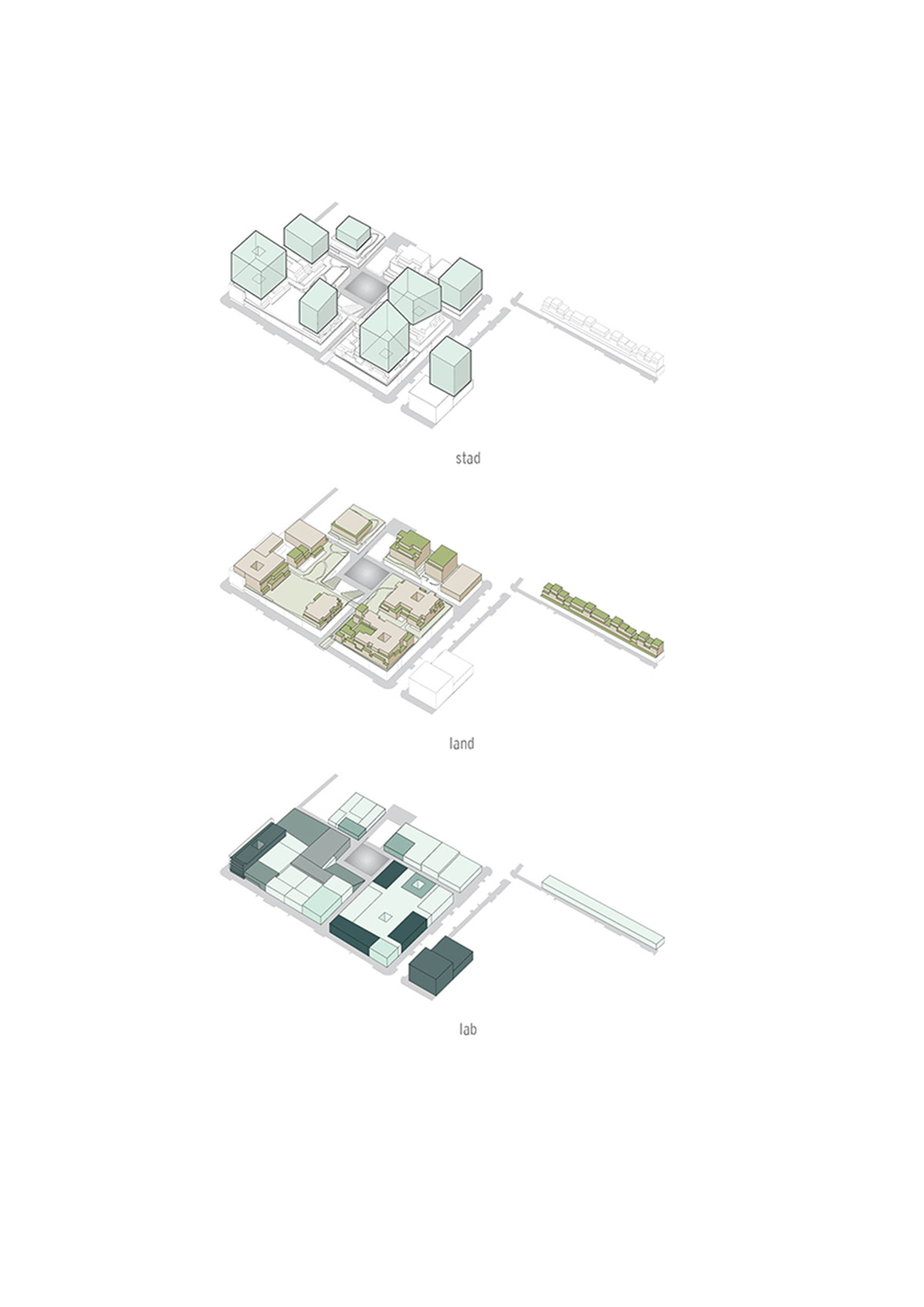