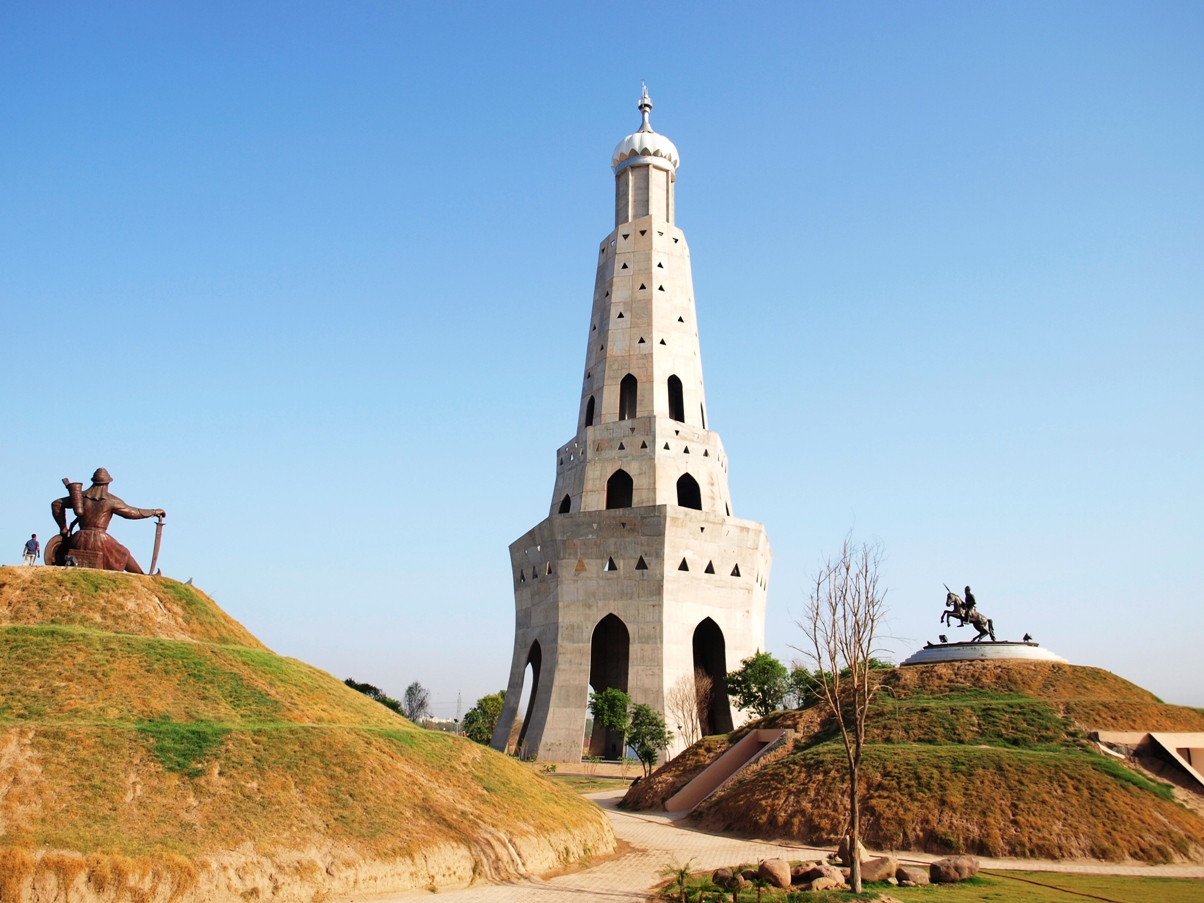 Baba Banda Singh Bahadur War Memorial at Chappar Chiri, Mohali is a befitting tribute to the brave Sikh warrior under whose command the Battle of Chappar Chiri was fought between the Sikhs and the forces of Mughal Empire led by Wazir Khan in May 1710. With a decisive victory in this war, a Sikh rule was established from Lahore to Delhi. The memorial is situated on a plot of about 20 acres, now falling in Sector 93, Sahibzada Ajit Singh Nagar (Mohali) in Punjab. This lavishly built memorial is now one of the major tourist spots in the state which attract massive footfall throughout the year. The design of this memorial has been prepared by Renu Khanna and Associates, a Panchkula-based architectural practice. 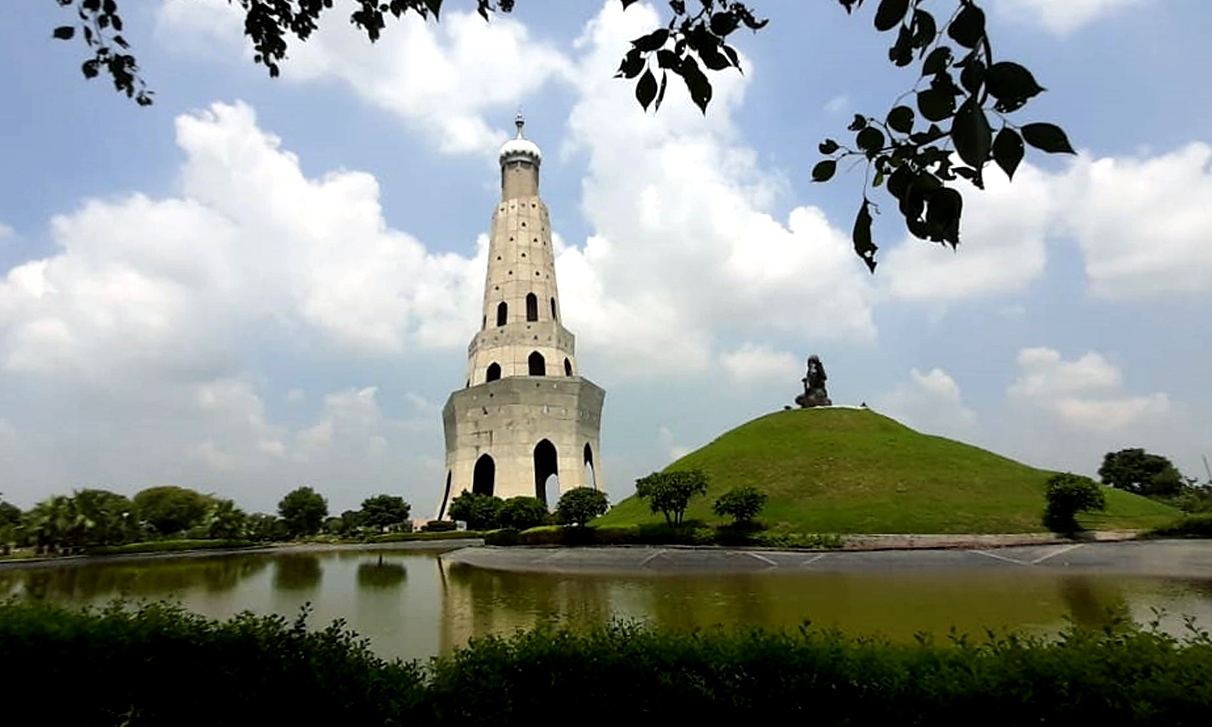 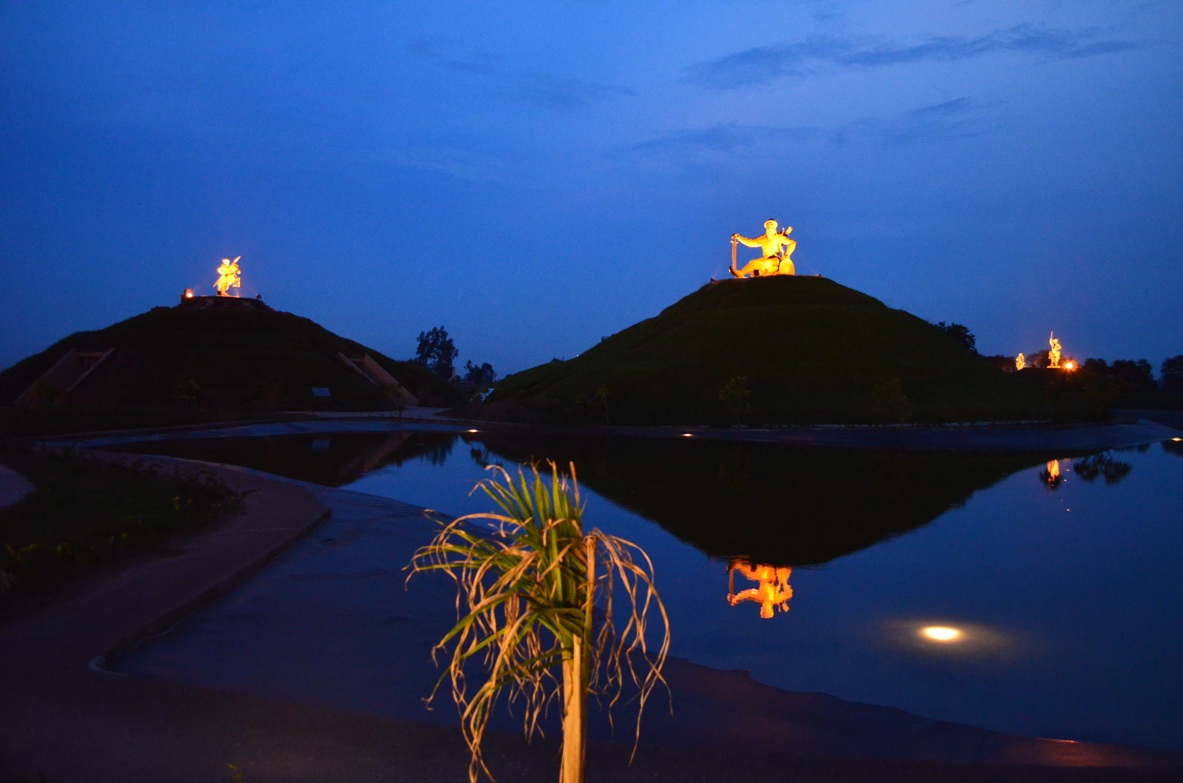 The design concept has been extracted from the pages of history. It is said that when Wazir Khan came to know that Banda Singh Bahadur has arrived, he chose a site for war which was plain on one side, and had rough terrain on the other. Keeping the comfortable plain site for himself, he left the rough terrain for Sikh forces. Banda Bahadur cleverly used it as an opportunity by climbing the highest mound and observing the enemy's line-up. With his innovative war strategies, Banda Bahadur's forces used the existing mounds of earth as a defence. Sikh soldiers positioned themselves behind these mounds and won the war through a guerrilla attack.

The architect has recreated the whole landscape of Chappar Chiri with its mounds and sand dunes (tibbas). These mounds are covered with grass and statues of Banda Bahadur and his five generals perched atop. These mounds along with a large water body have been arranged in an organic manner with meandering footpaths all around them. All the necessary infrastructure has been built under these mounds. The statues of Sikh warriors have been sculpted by Prabhat Rai, a renowned Indian sculptor. 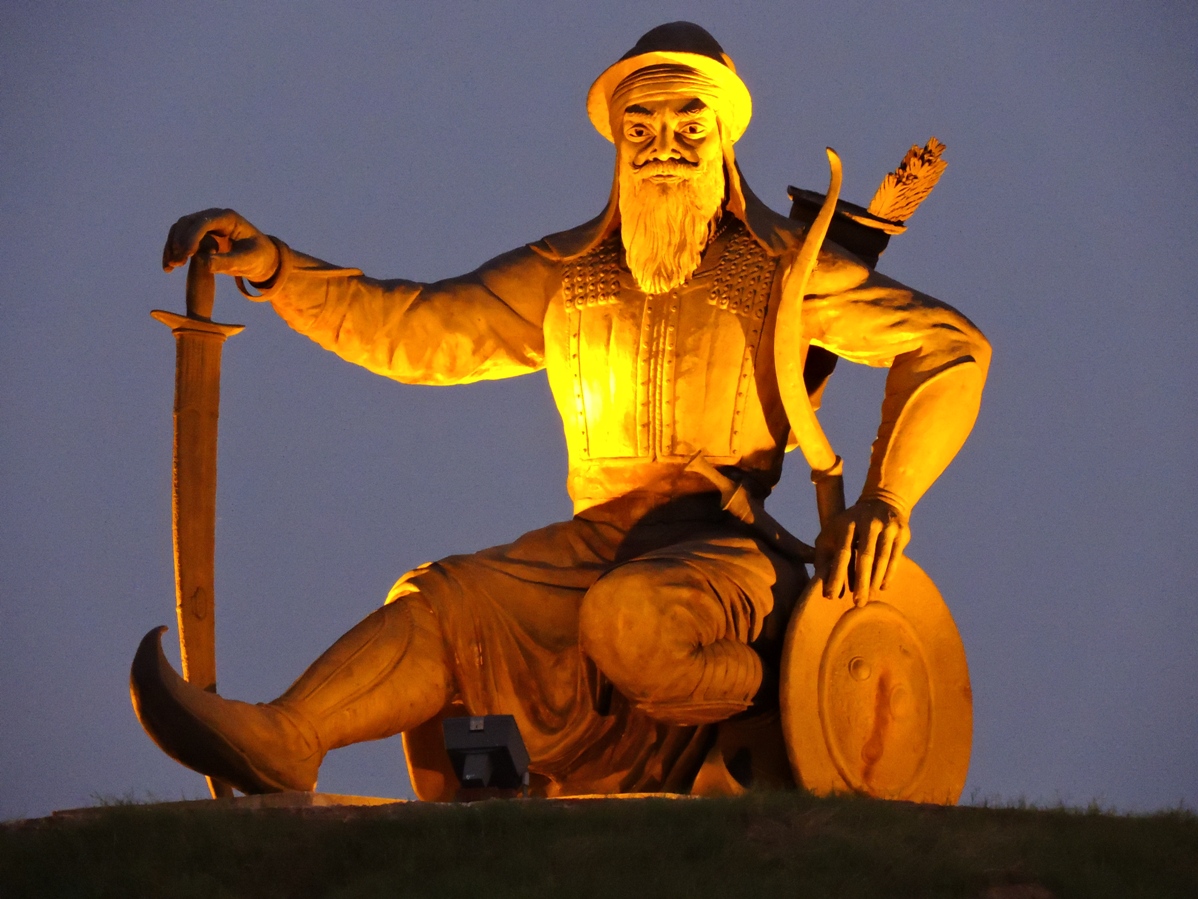 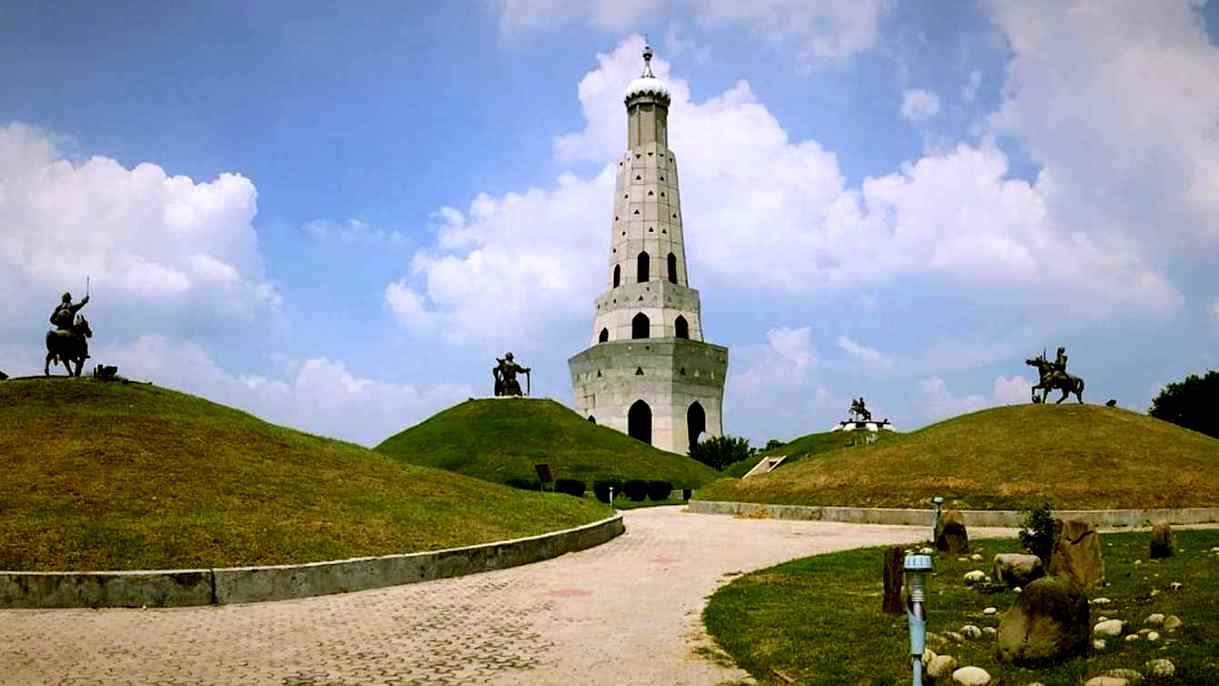 The hallmark of the memorial is a victory tower (Fateh Burj). While one walks past the entrance of the memorial and enters the sprawling lawn, his gaze is stuck at this towering Fateh Burj in the background. The victory tower stands 328 feet high with three levels of walks making it the tallest victory tower in India. A Sikh dome is placed on top of it with Khanda and a Kalash. There are triangular openings which symbolically refer to the opening in the walls that were used for positioning of guns and canons. 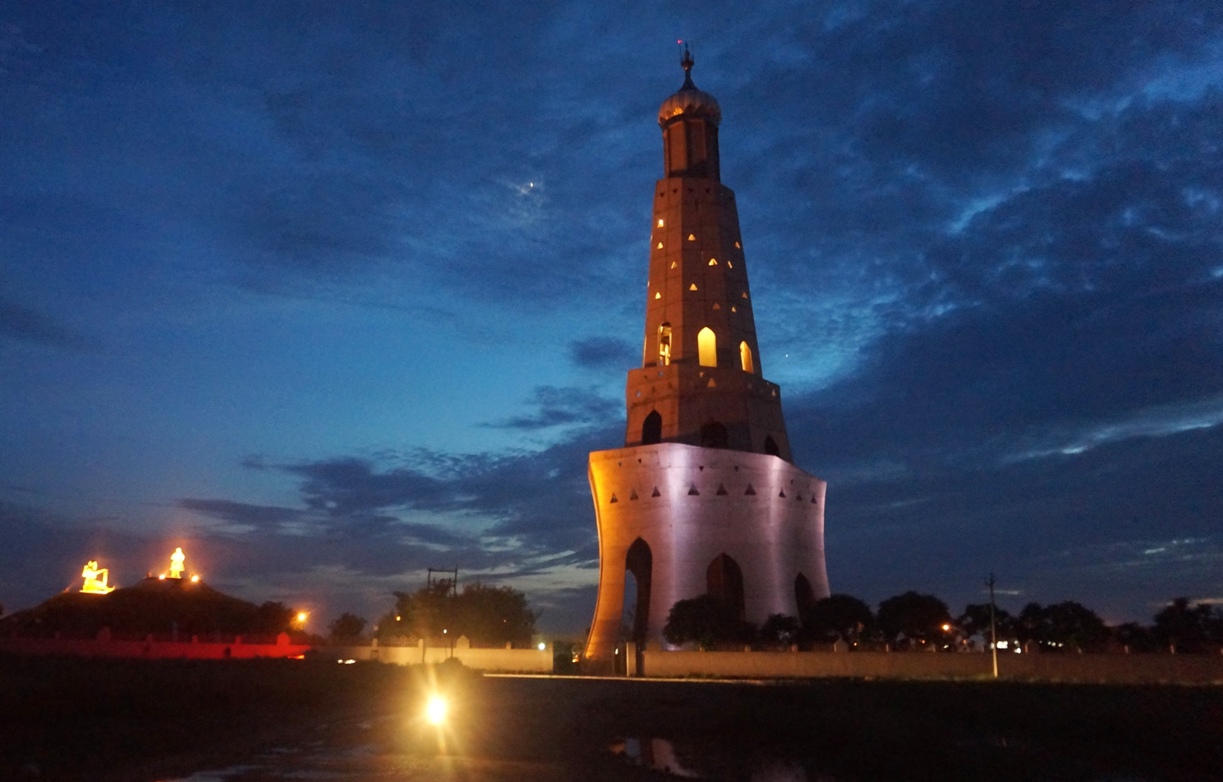 The victory tower is octagonal in plan with reinforced-concrete core and walls which are supported on steel columns. The composite structure makes it resistant to the lateral and seismic forces besides making it strong enough to withstand high wind pressure. 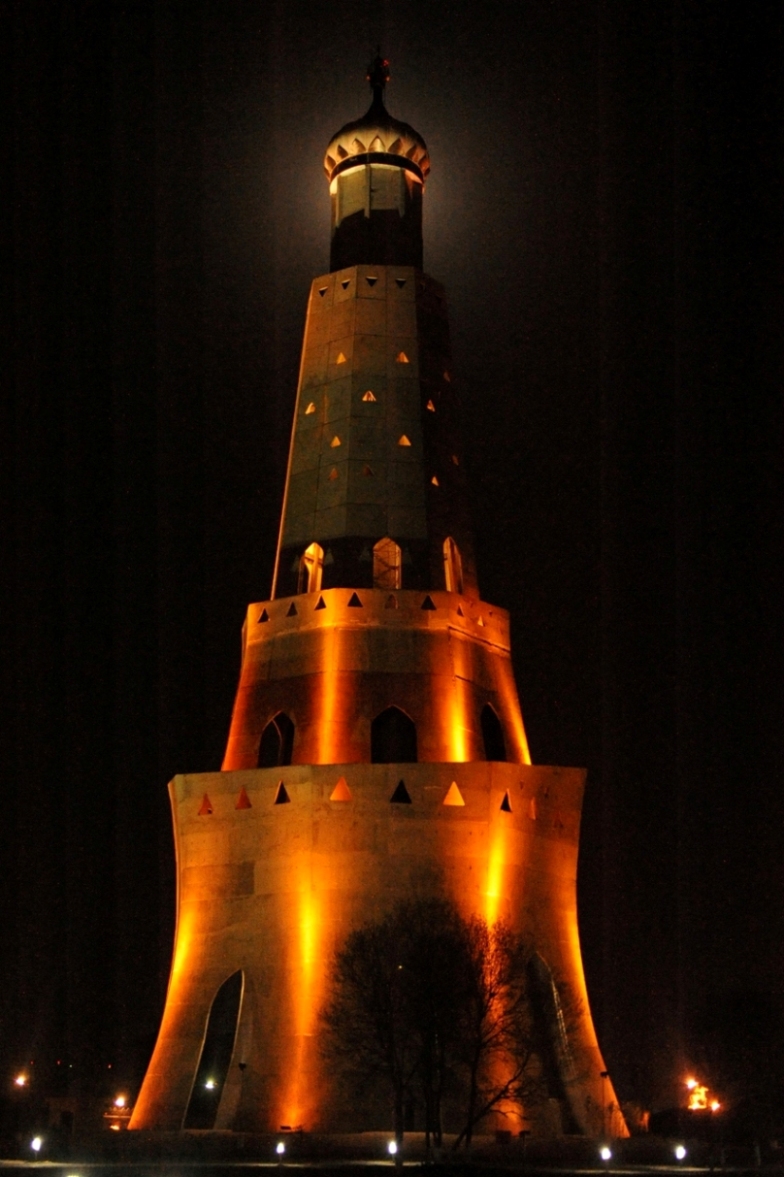 The imposing tower glorifies the valour and the victory of the great general. The overall ambience signifying victory is created by channelizing winds between high mounds, the monumentality of the tower, and lush green landscape that resonates with the architecture of happiness. The large water body creates a magical reflection of the victory tower and lends a very calming effect on the entire place. The small hills with striking statutes on top, seem as if a slice from the past history is served straight to the spectators. 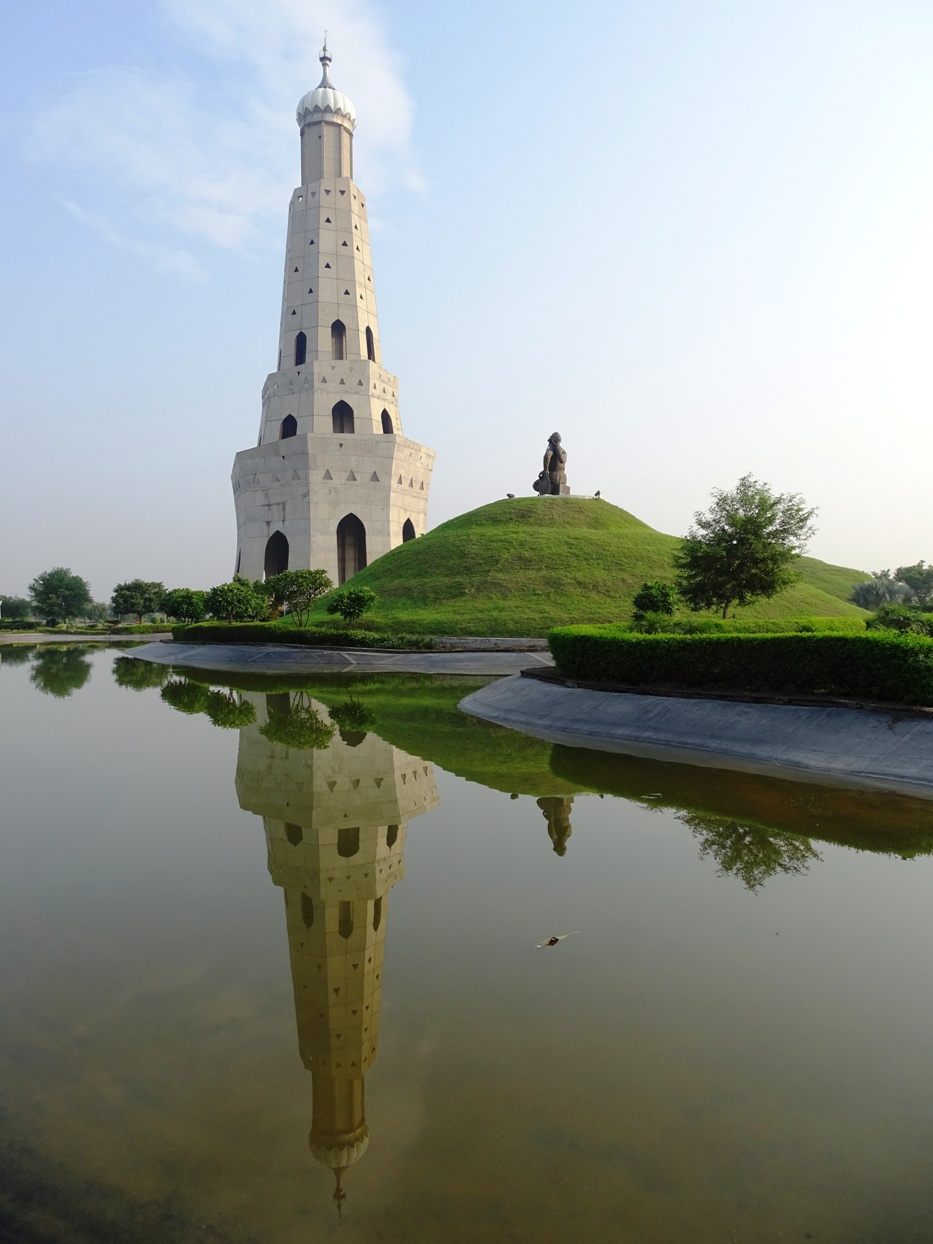 An open-air theatre faces the victory tower and it is planned for creating interesting light and sound shows. With all its infrastructure put in place, Baba Banda Singh Bahadur War Memorial, Chappar Chiri, Mohali today serves as a major tourist attraction in Punjab. 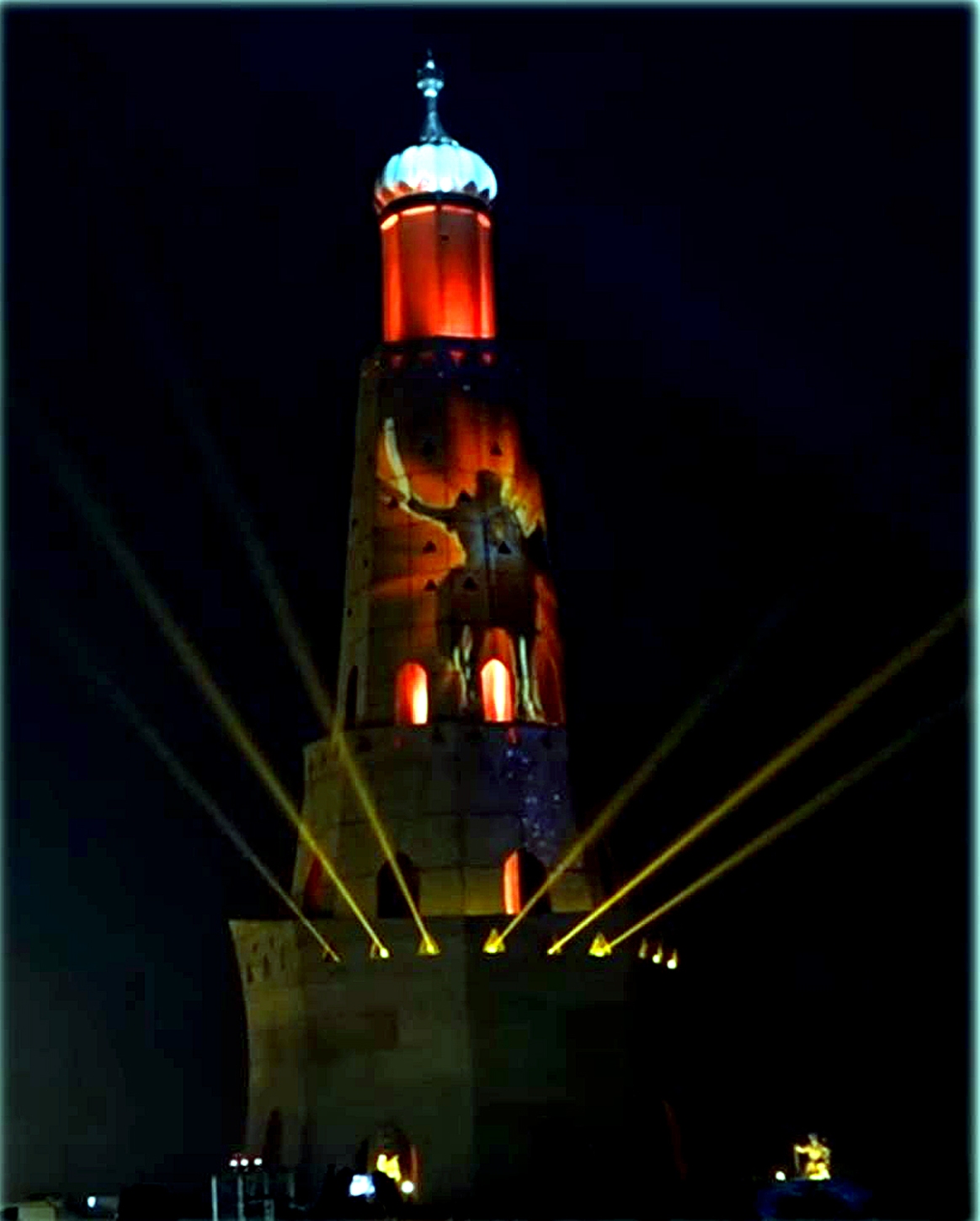 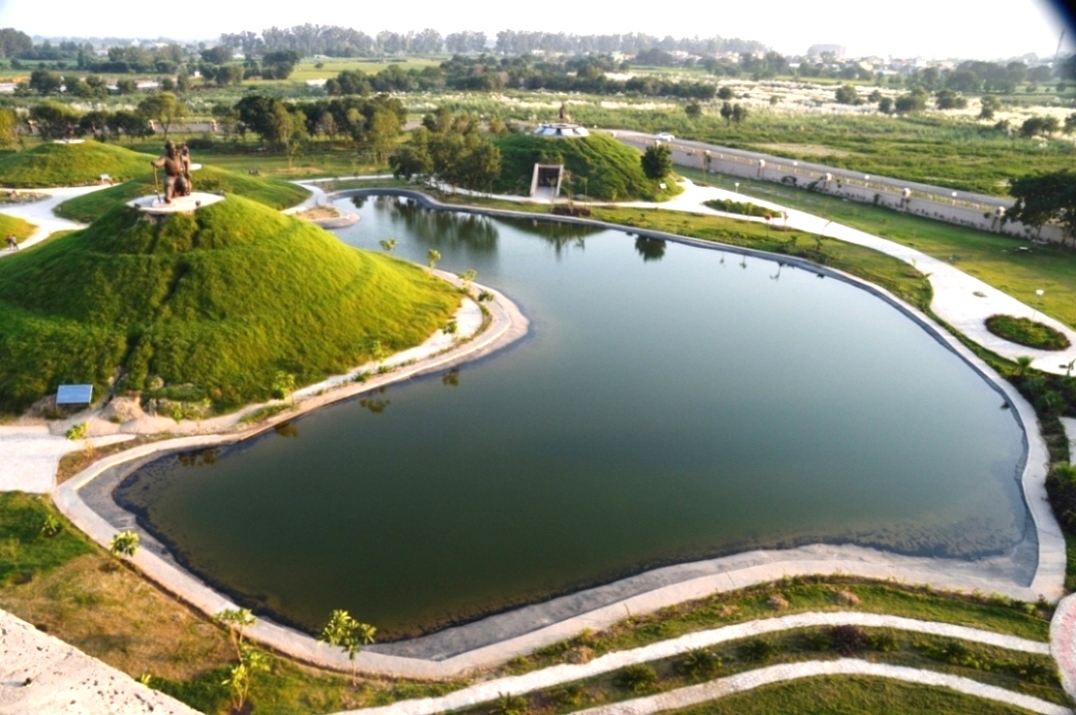 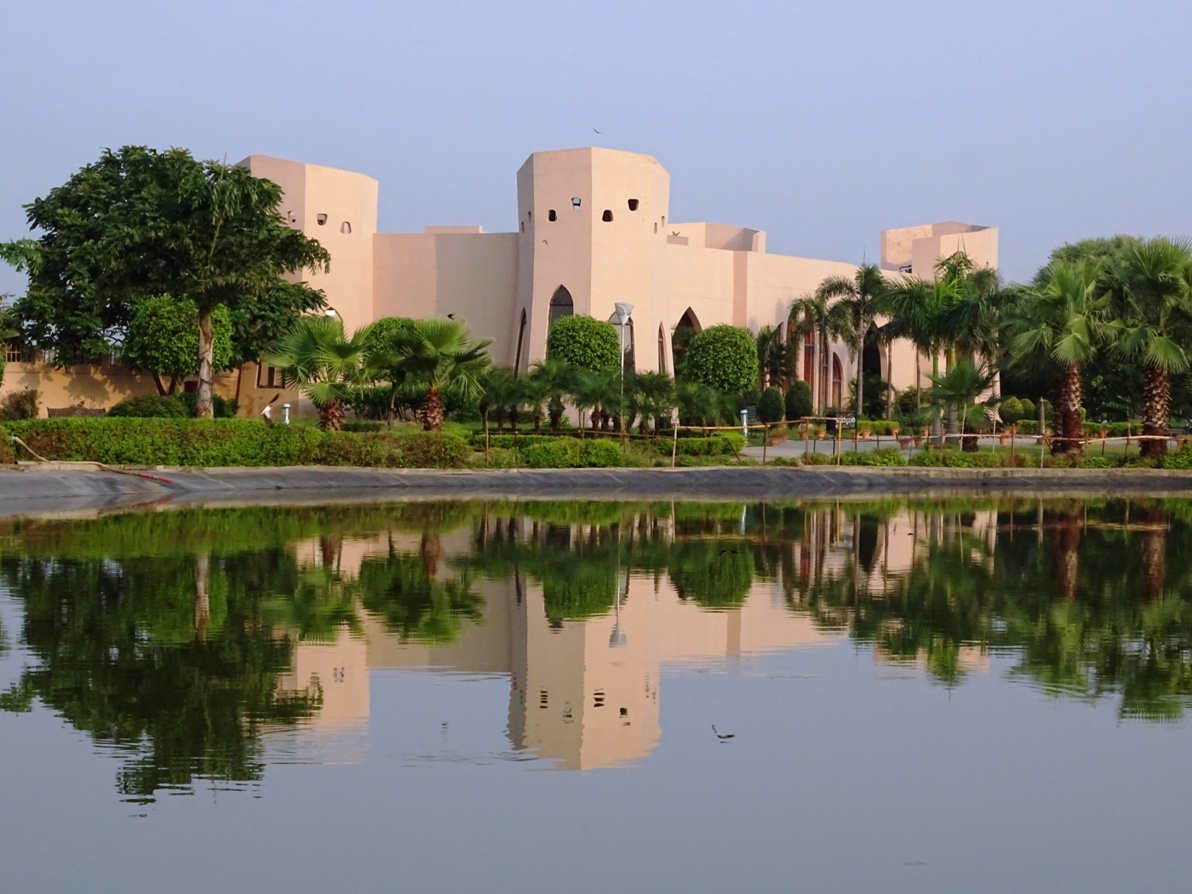 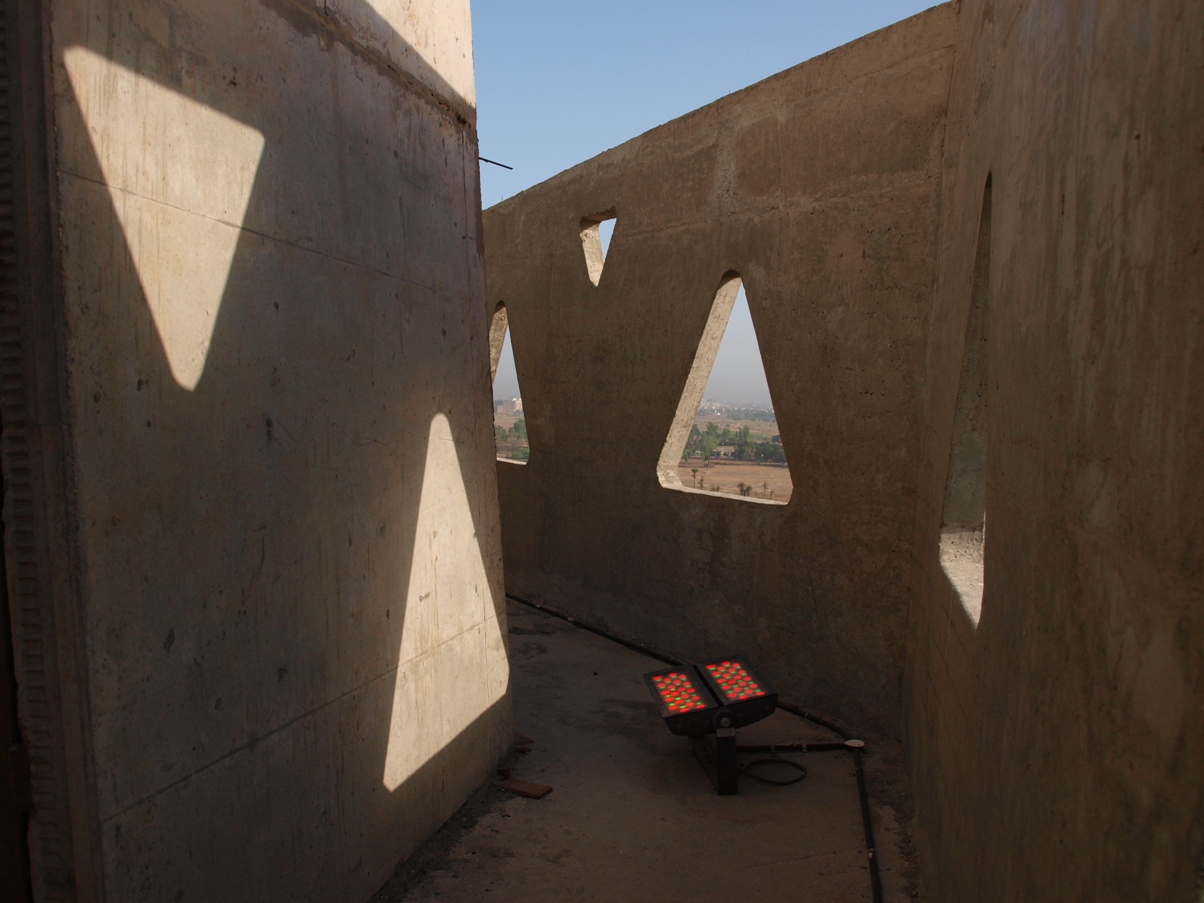 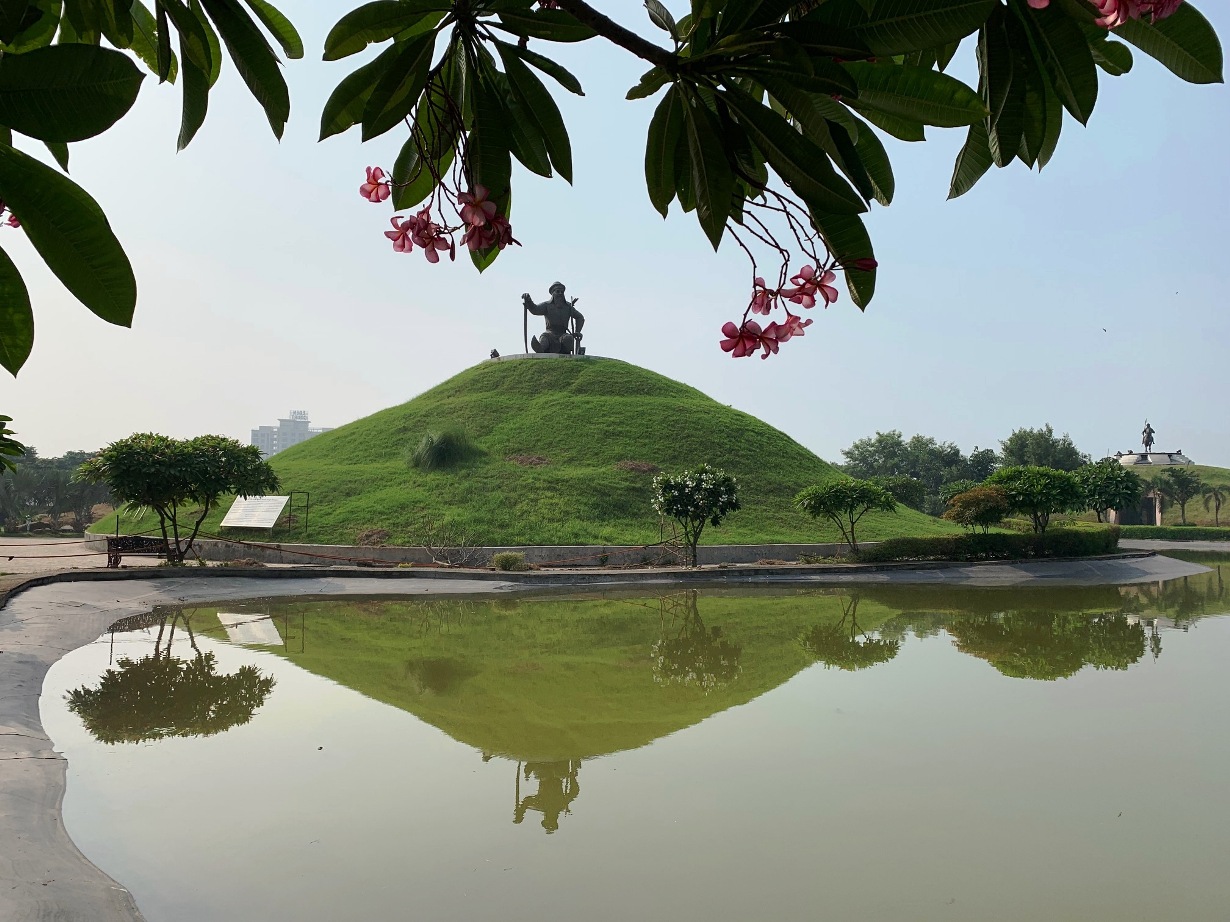 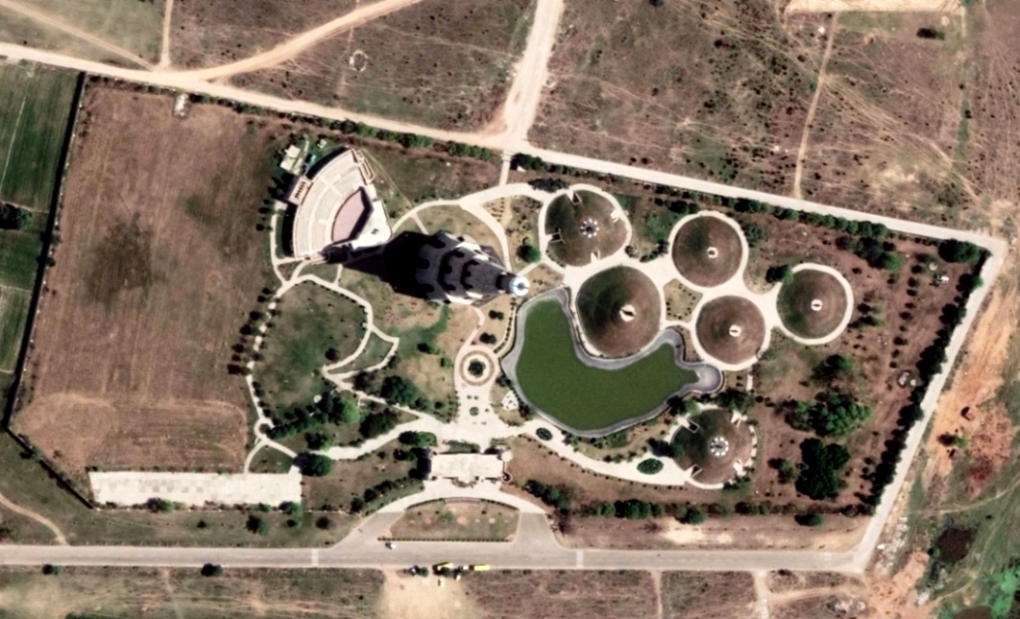 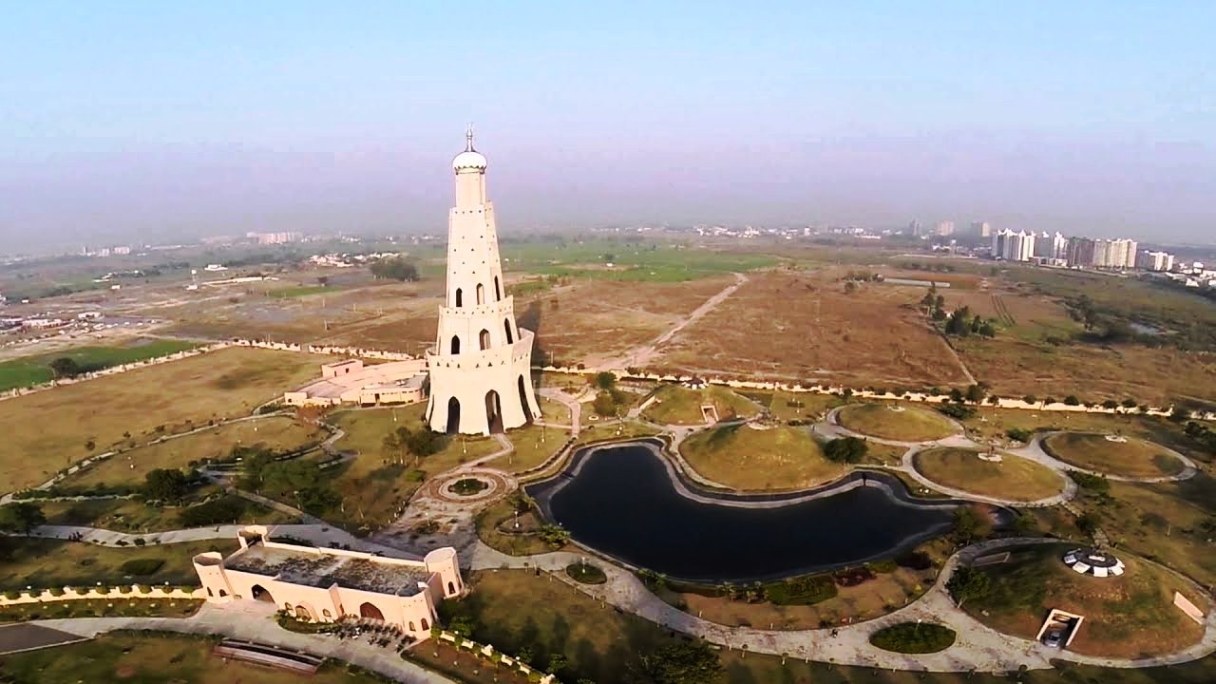 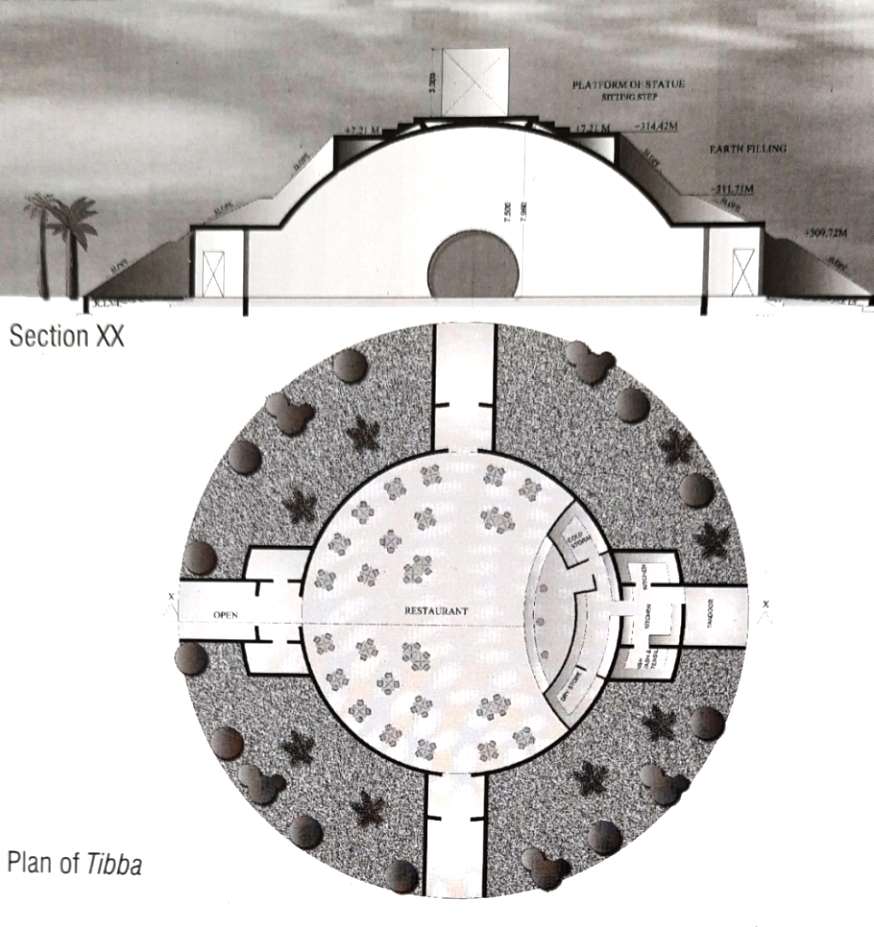 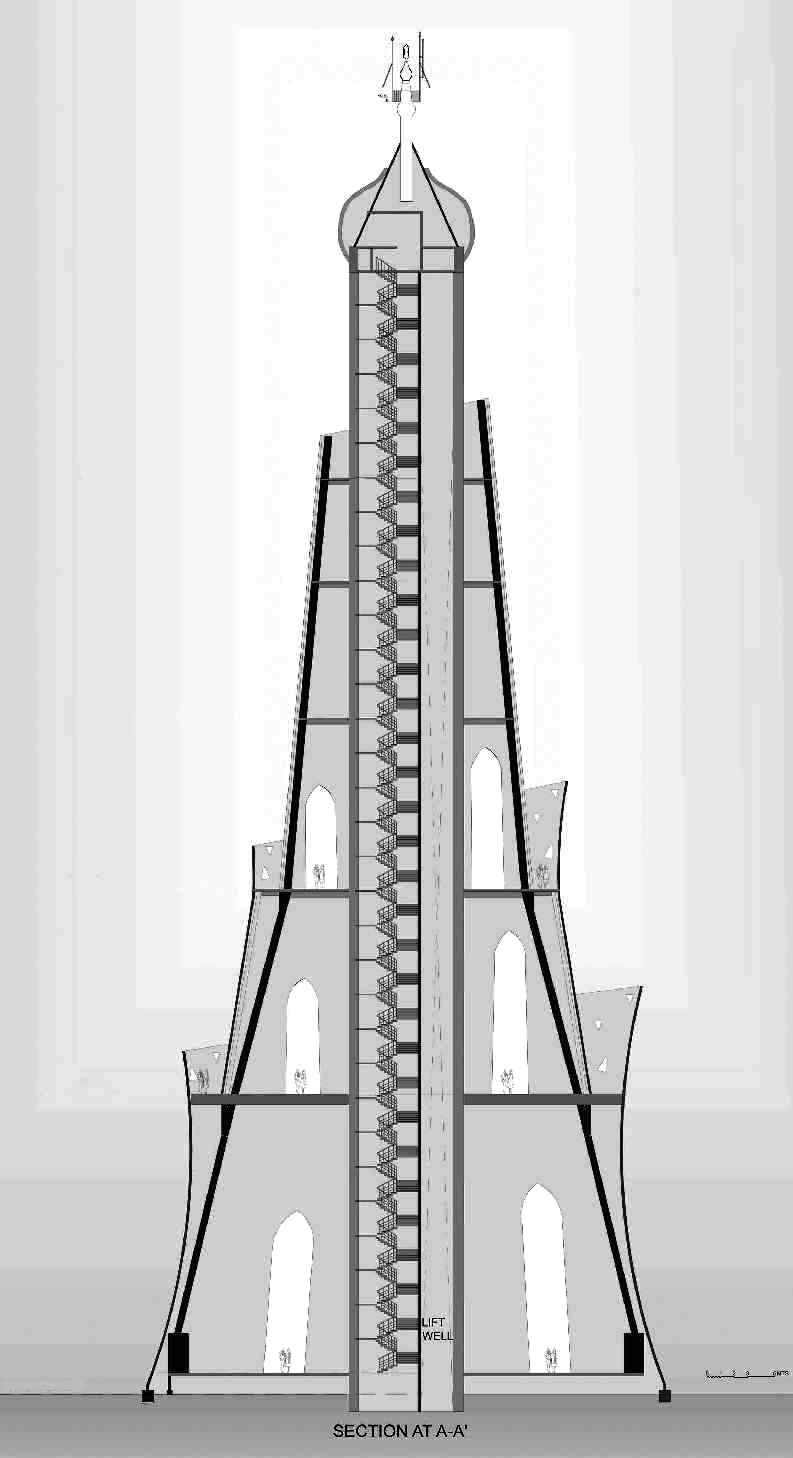 All images courtesy of Renu Khanna and Associates except where mentioned.

> via inputs from Renu Khanna and Associates.