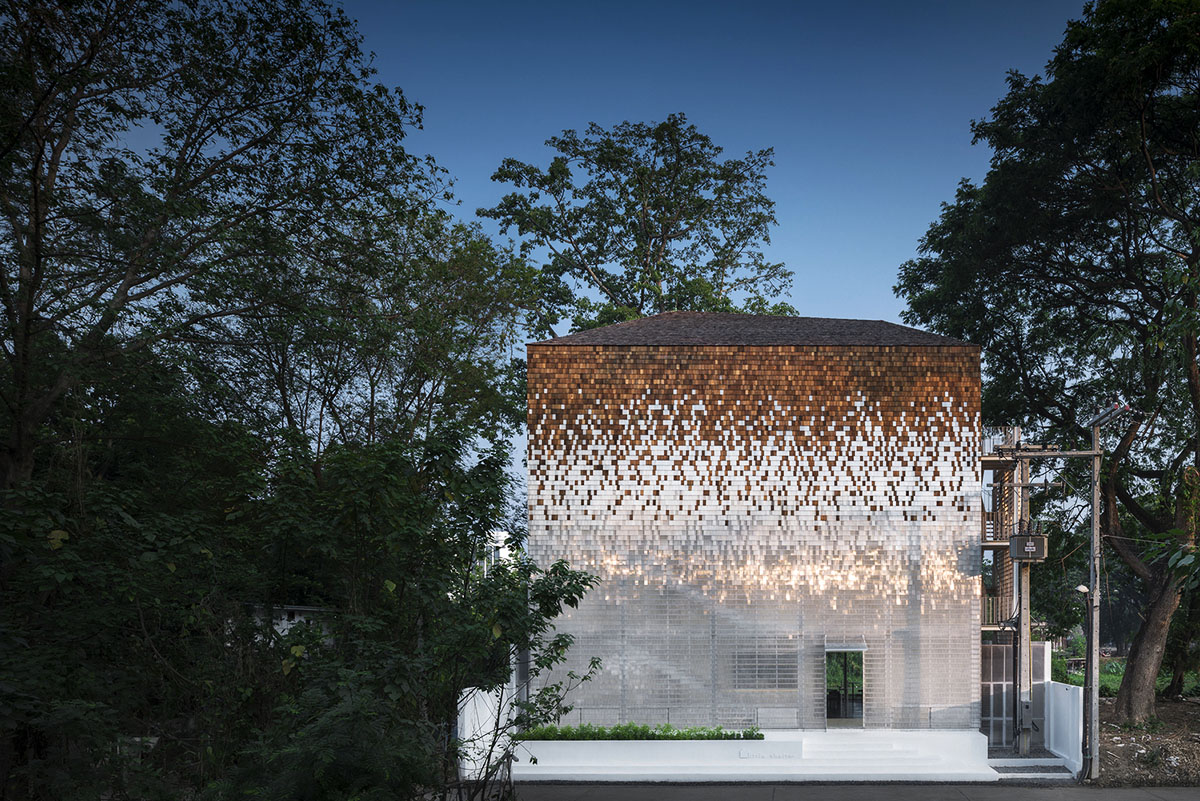 Called Little Shelter Hotel, the 890-square-metre hotel is located in Chiang Mai where its old cityscape and vernacular architecture are characterized by wood structure with shingle pitched roof. 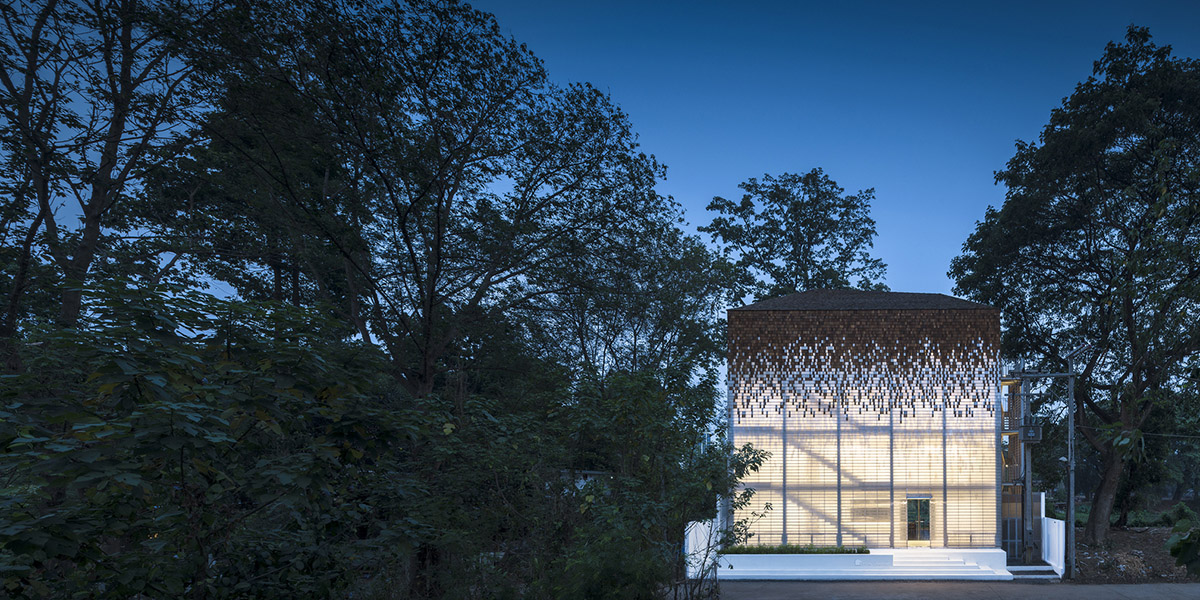 The most attracting feature of the hotel is its facade made of polycarbonate and wooden shingles that create a glittering effect to this tiny building. Thanks to its craftsmanship and well-thought feature, the hotel can immediately be perceived from far away. 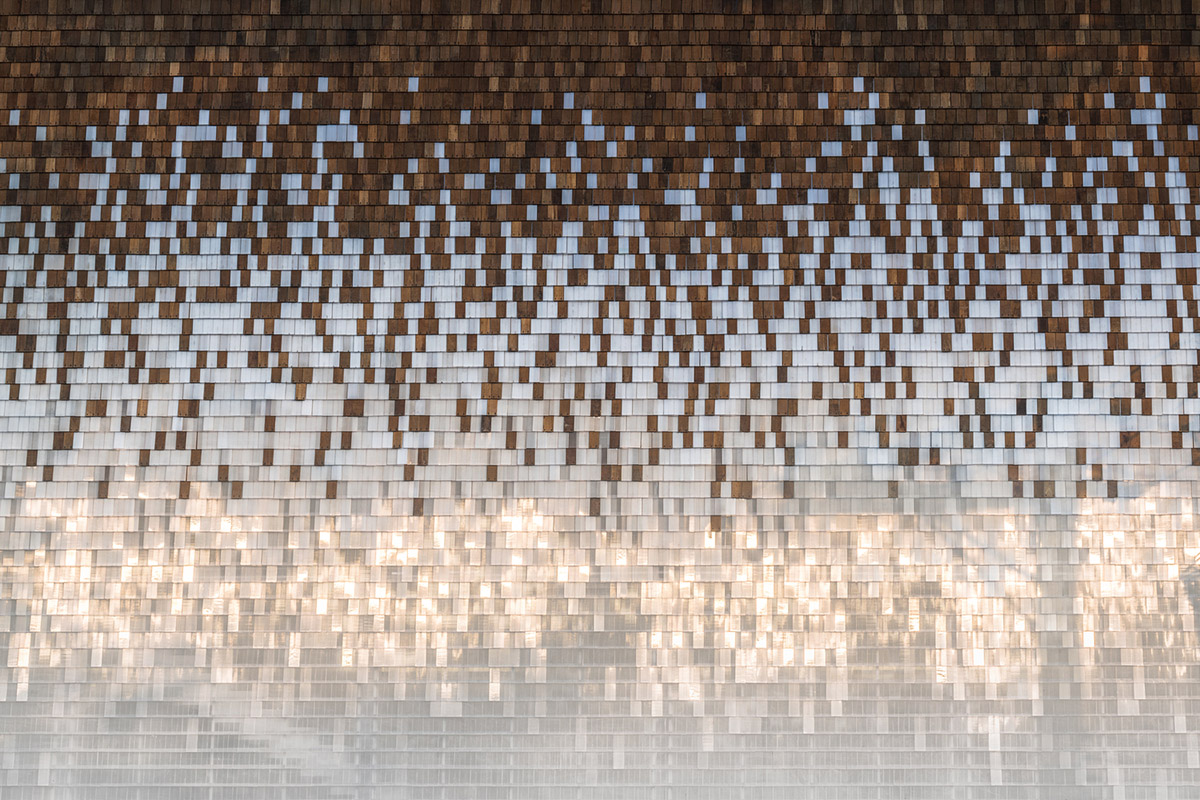 The architects are inspired by traditional hip roofs for the hotel roof as a homage to the local architecture that has a little reinterpretation with an asymmetrical form blending naturally with the surrounding tree top silhouette. The west side of the roof is partially carved out to become a roof deck for guests to enjoy the panoramic river view at sunset. 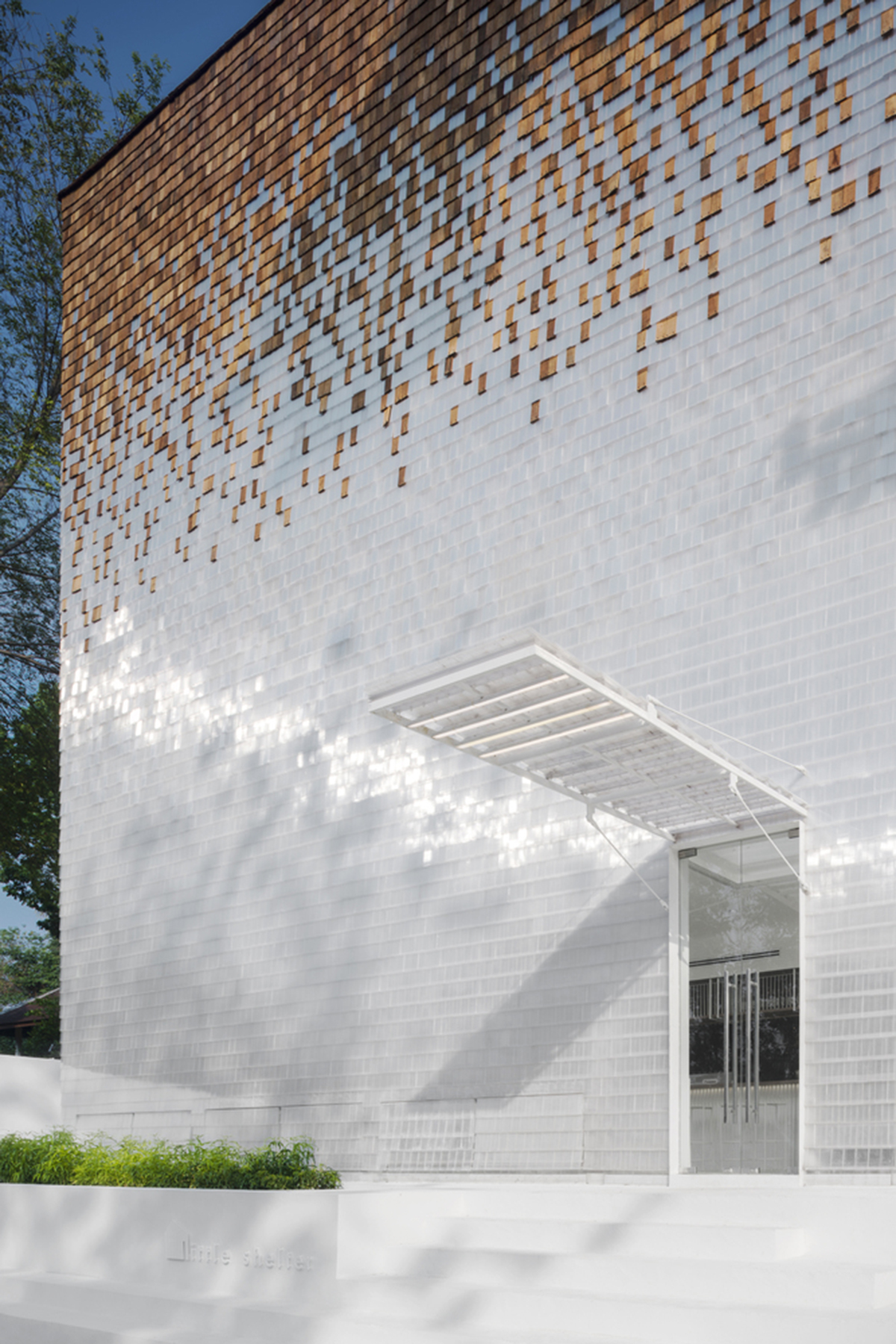 The architects used the traditional material of Thailand to attribute to the local culture - and the material was: the wood shingles. "The most interesting aspect of the material is in its system that has been well developed for hundreds of years. Small units of wood shingles are laid out like fish scales to become a watertight architectural plane," said Department of Architecture Co.

"The design has explored a possibility to fuse new materials into the system to create a contemporary architectural surface yet deeply rooted in tradition.The wood shingles are used on the roof and side walls."

"On the river facade, polycarbonate sheets are cut into the same size as wood shingles and constructed to become the architectural translucent facade," they added. 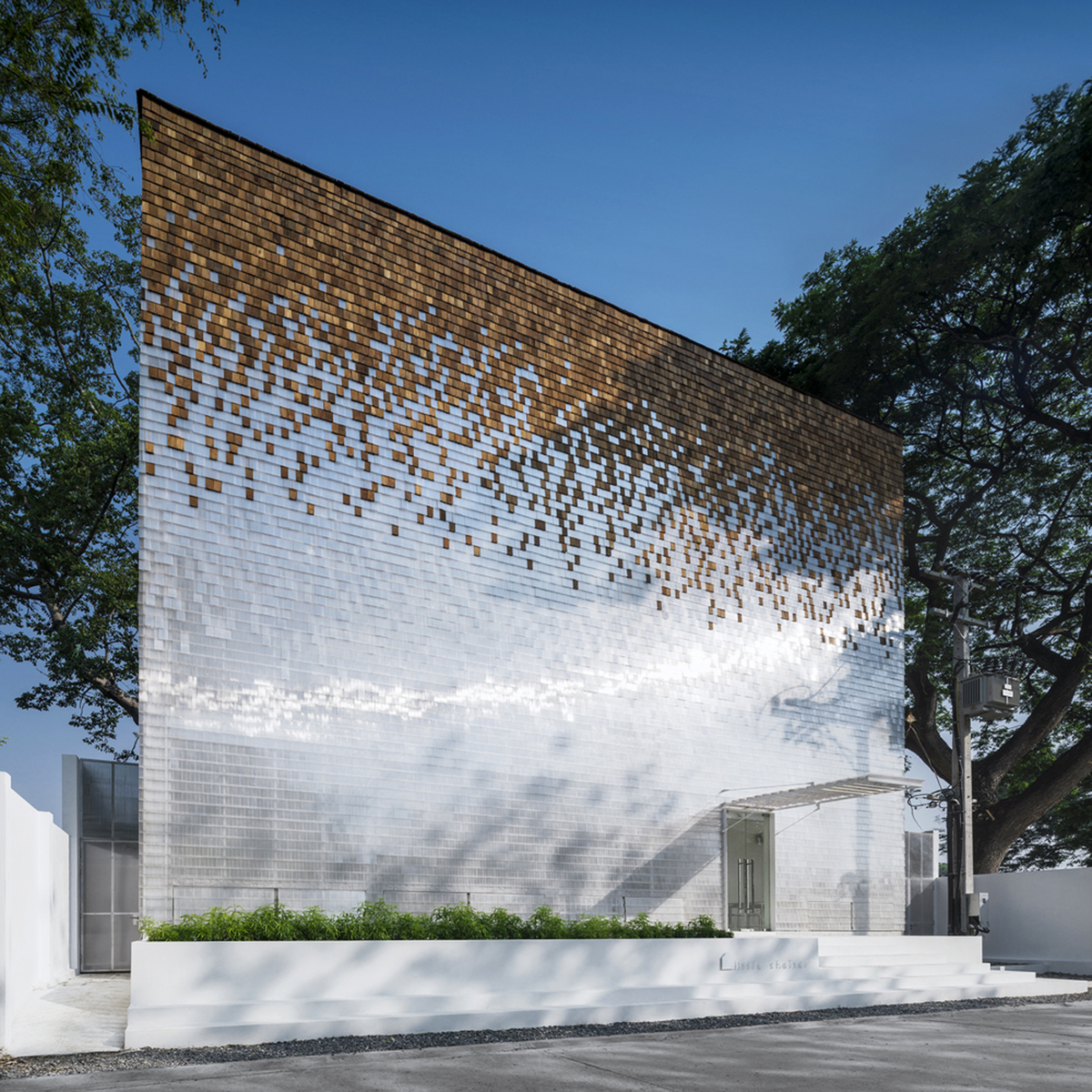 On the entrance façade, the upper portion is composed of solid wood shingles and they trickle down to mixed with polycarbonate shingles on the lower part.

Although working with the traditional shingle system, the uninterrupted translucency surface is achieved by a special detail design using translucent studs and special transparent screws. 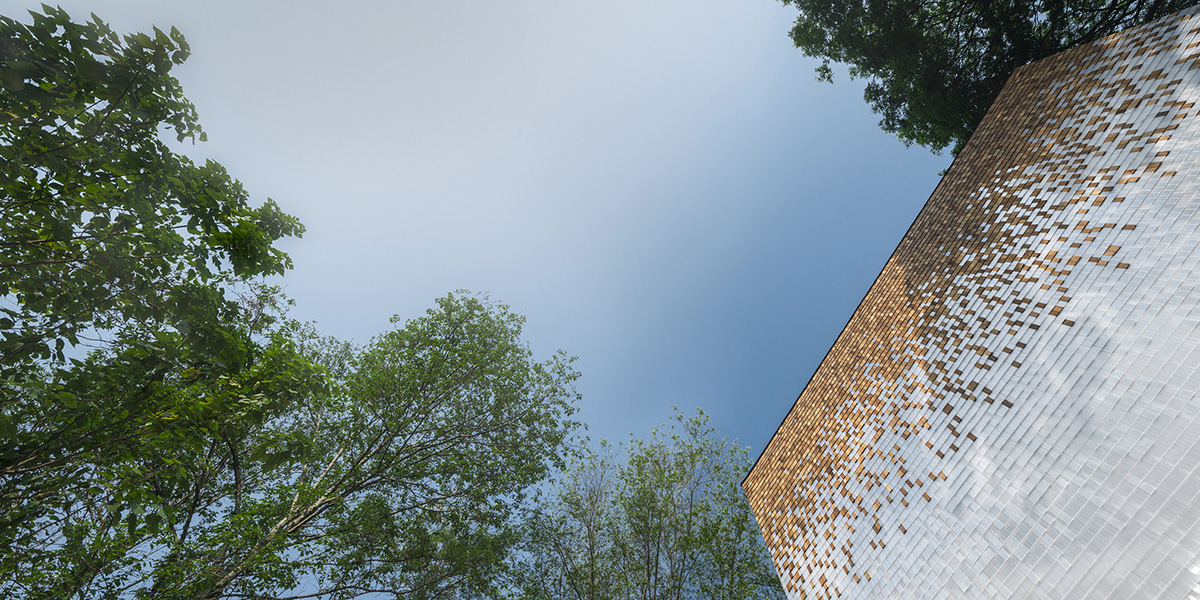 The facade is glittering in the sun as the light touches different material grains, from the solid wood shingles to the different translucency levels of the polycarbonate shingles.

The light passes through the facade and creates varying interior atmosphere at different time with the changing light condition of the sky. At night with the light from the inside, the building becomes a lantern glowing on the riverbank. The structure seems less of a building but becomes more like a piece of craftwork. 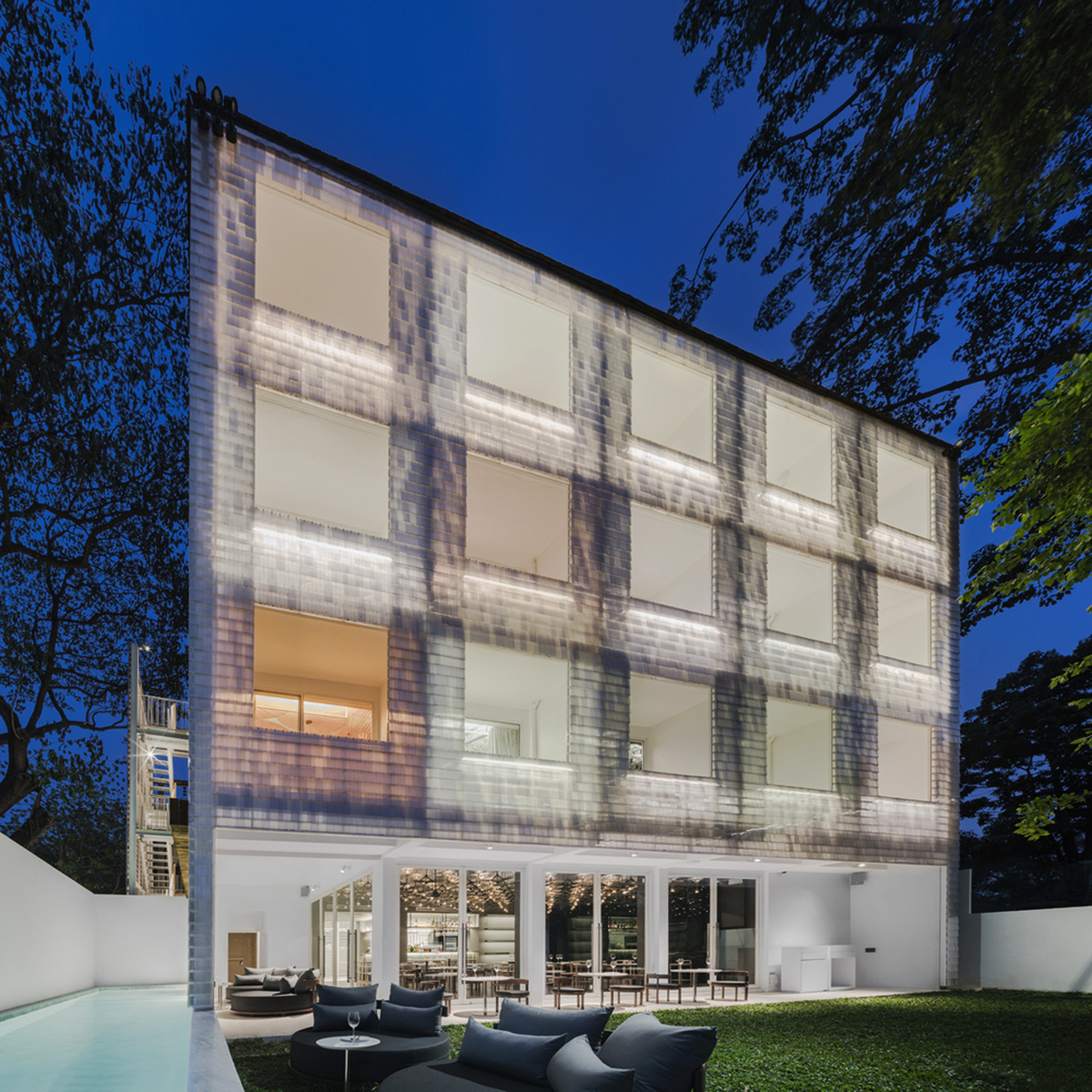 The public area interior complements the exterior simplicity, gives a gallery-like feeling that accommodates the site-specific installations inspired by the famous Boh–Srang umbrella, and creates delicate and dramatic silhouettes expressing contemporary interpretation of the local handicraft. The guest room interior is a place to rediscover Chiang Mai in a new angle, literally.  Images of important places and events of Chiang Mai such as its ancient city wall, floating lantern festival, pine forest, Pah-Chor canyon, etc., are placed on the entire ceiling. The images infinitely reflected onto the two long walls cladded with small mirror shingles, giving a surreal borderless sensation.  The images are all different for each of the fourteen guest rooms. Each emanates different and unique feeling: tranquil, playful, cultured, mysterious, etc. suitable for any preferences of the guests.

"Little Shelter is not only a place to sleep.  It is an introduction of the past, the present, and probably the future of Chiang Mai to its visitors," explained the architects. 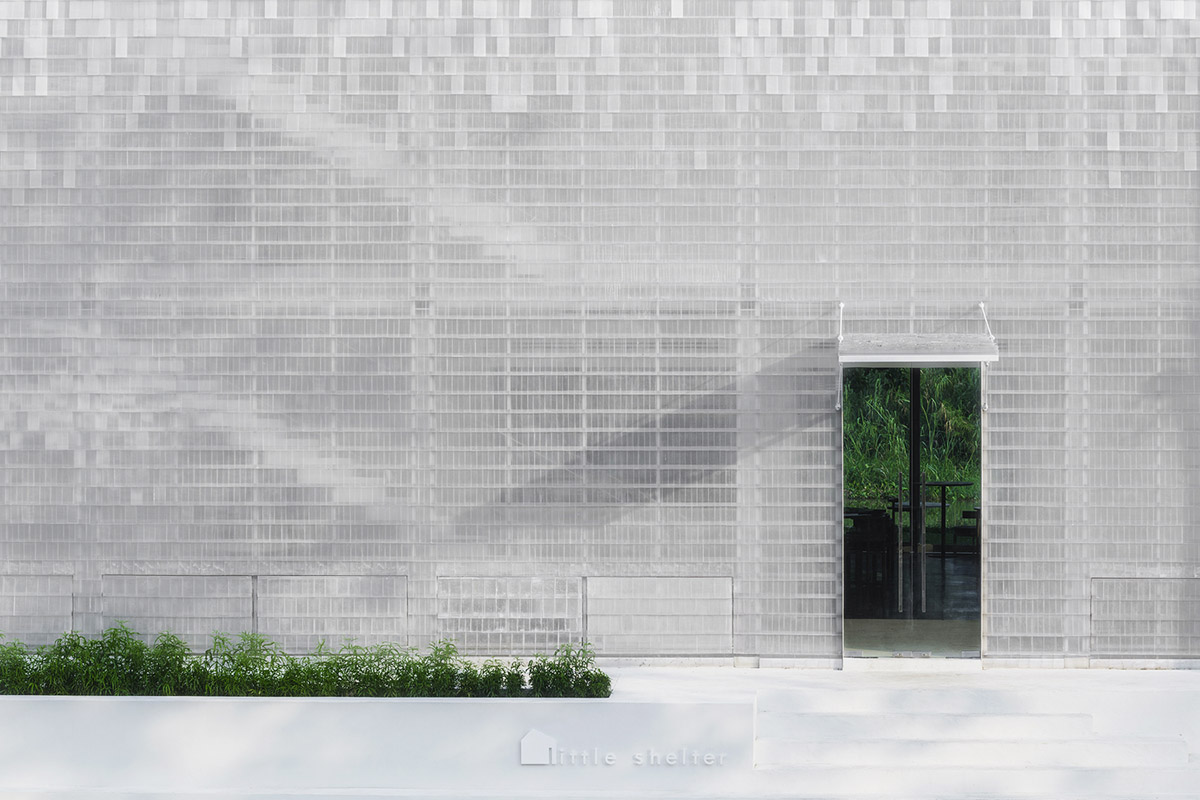 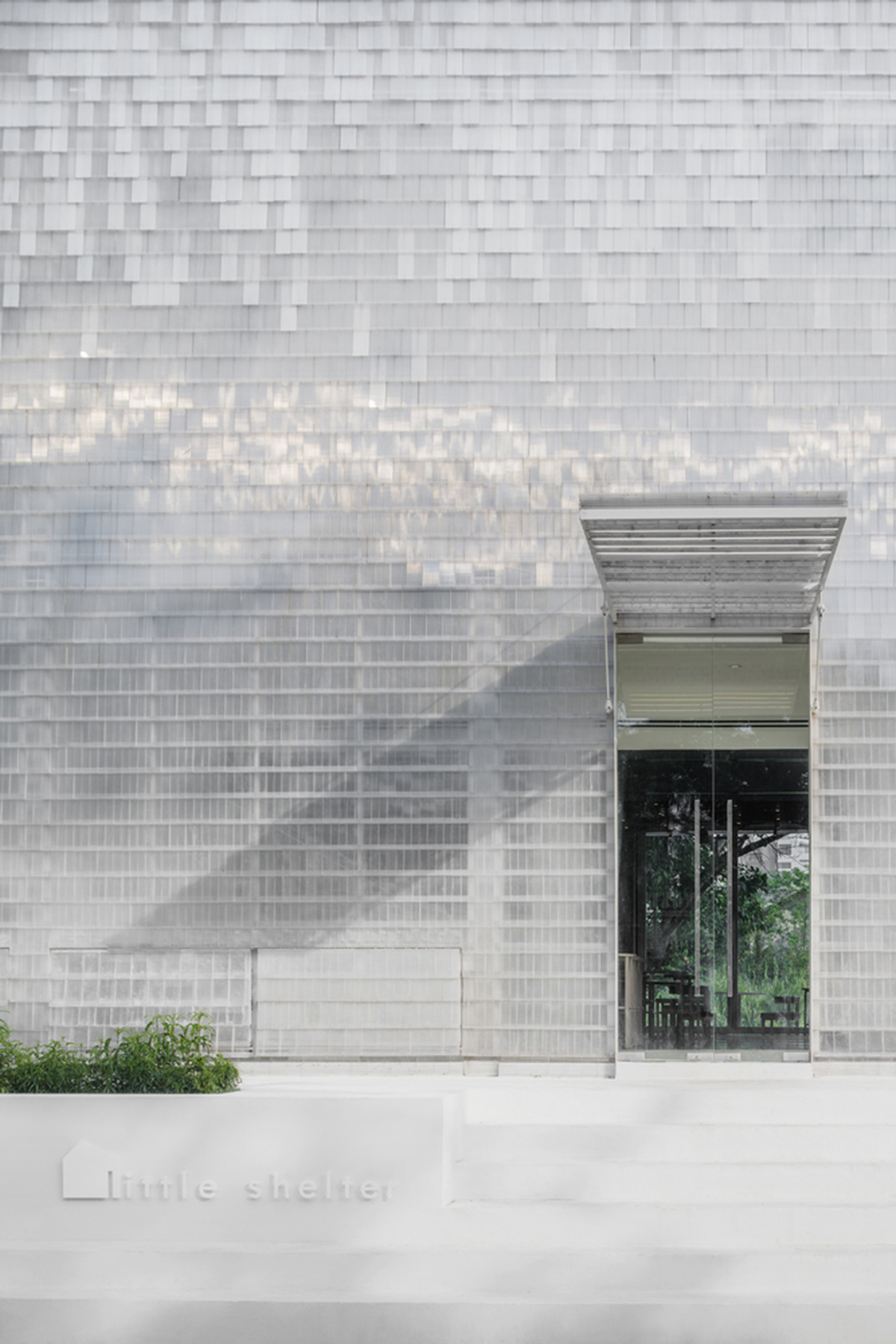 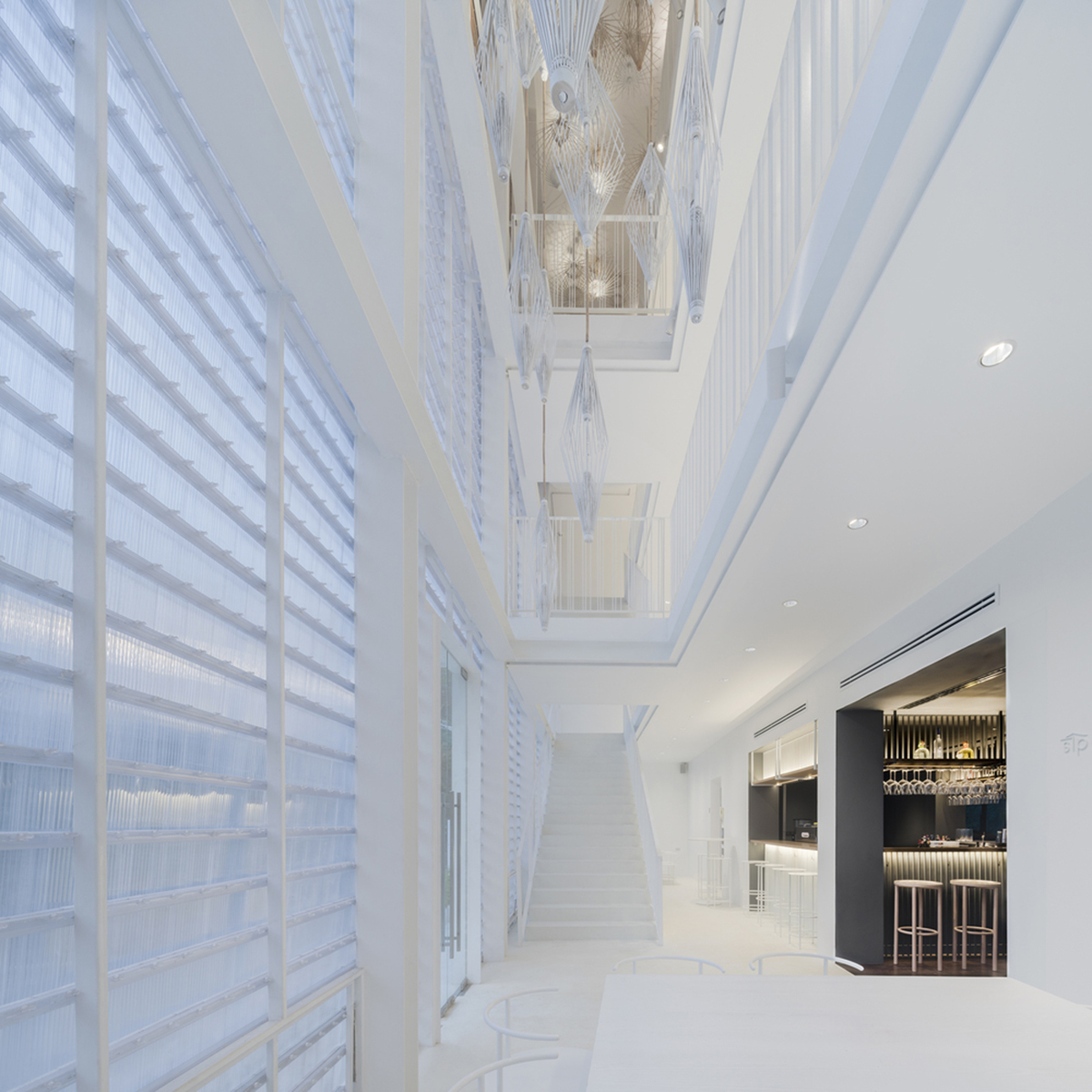 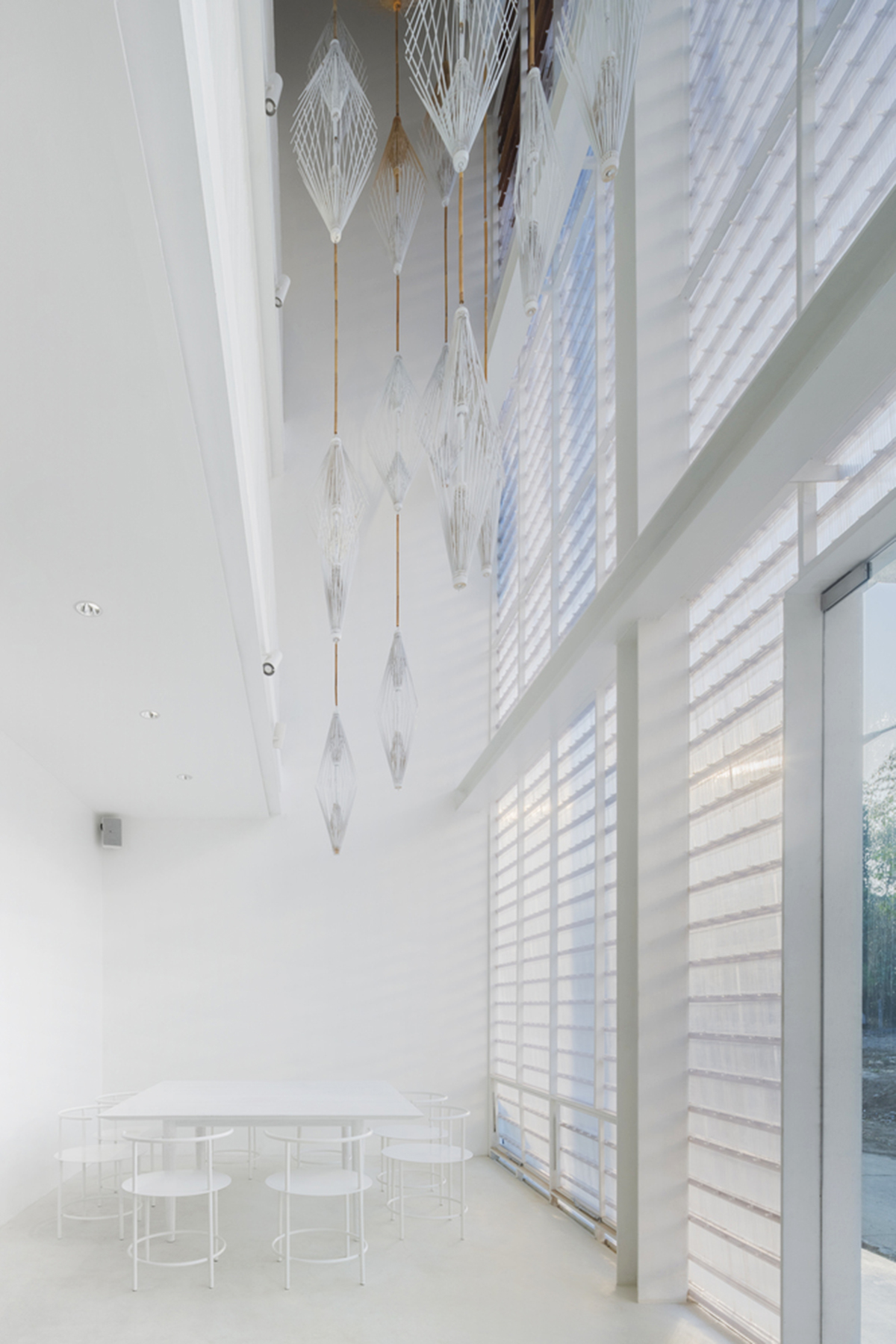 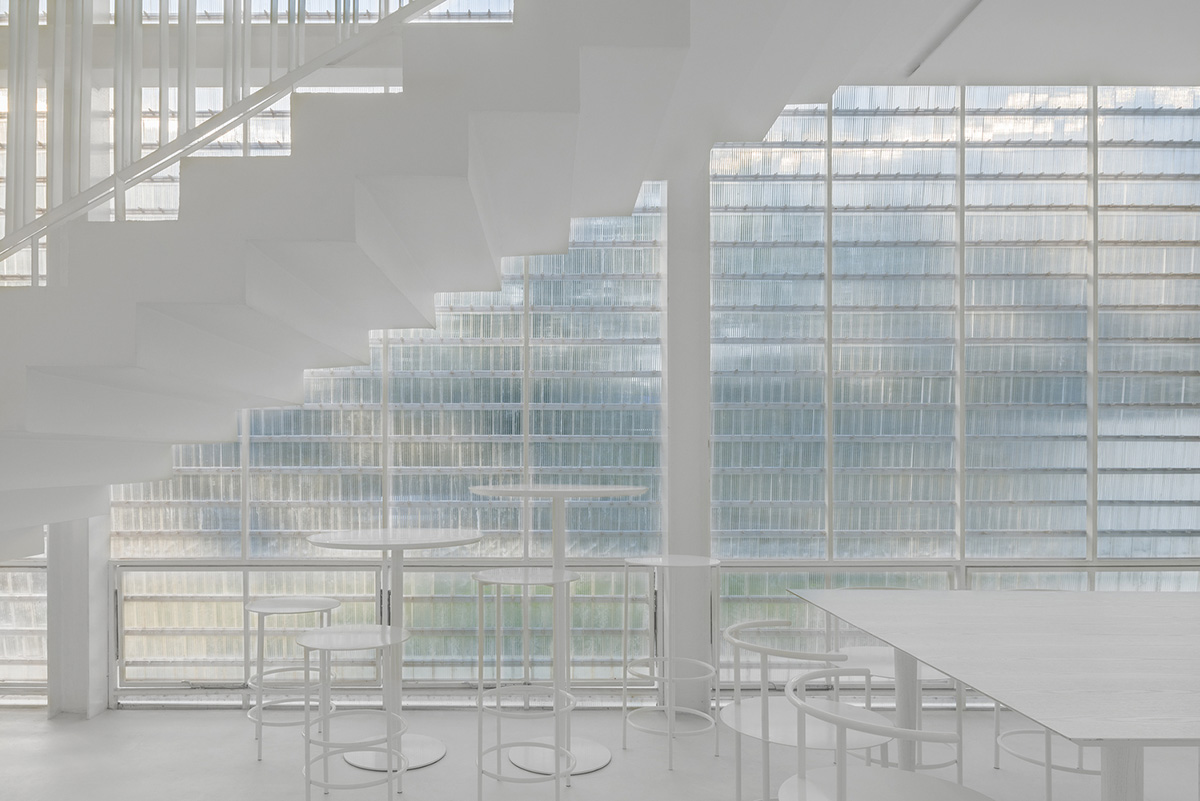 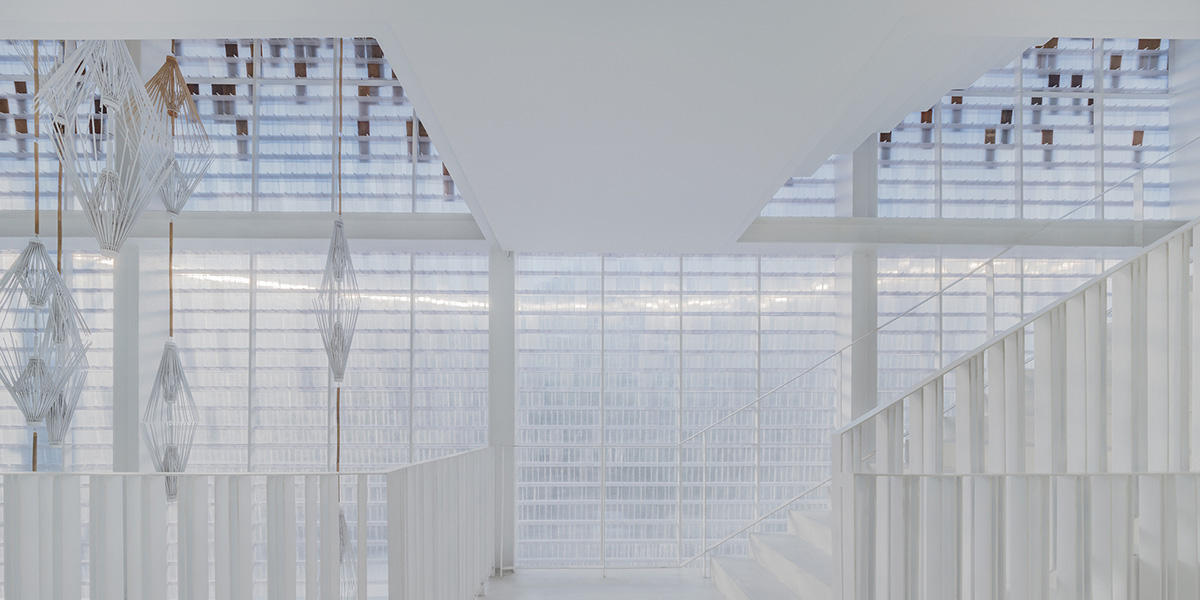 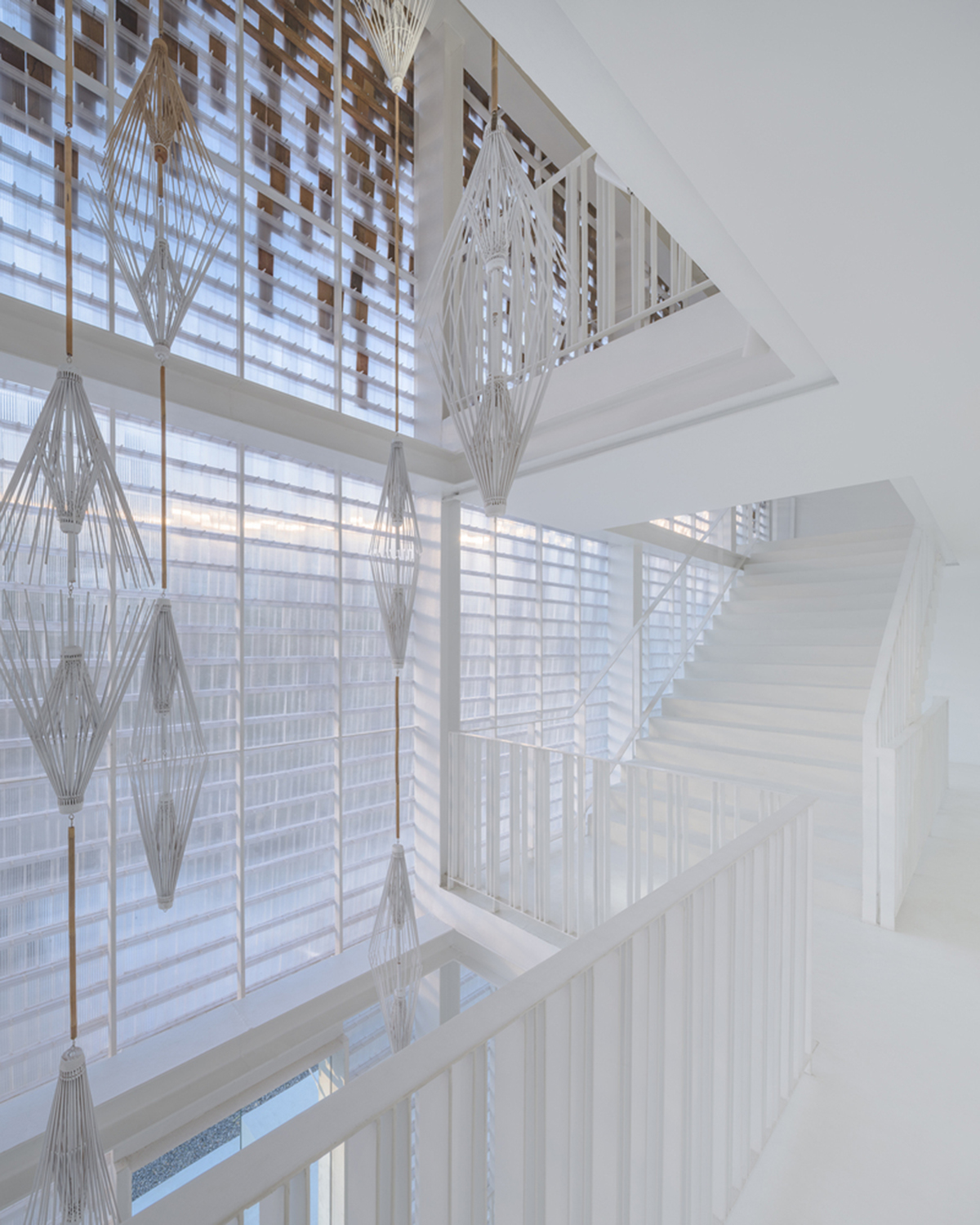 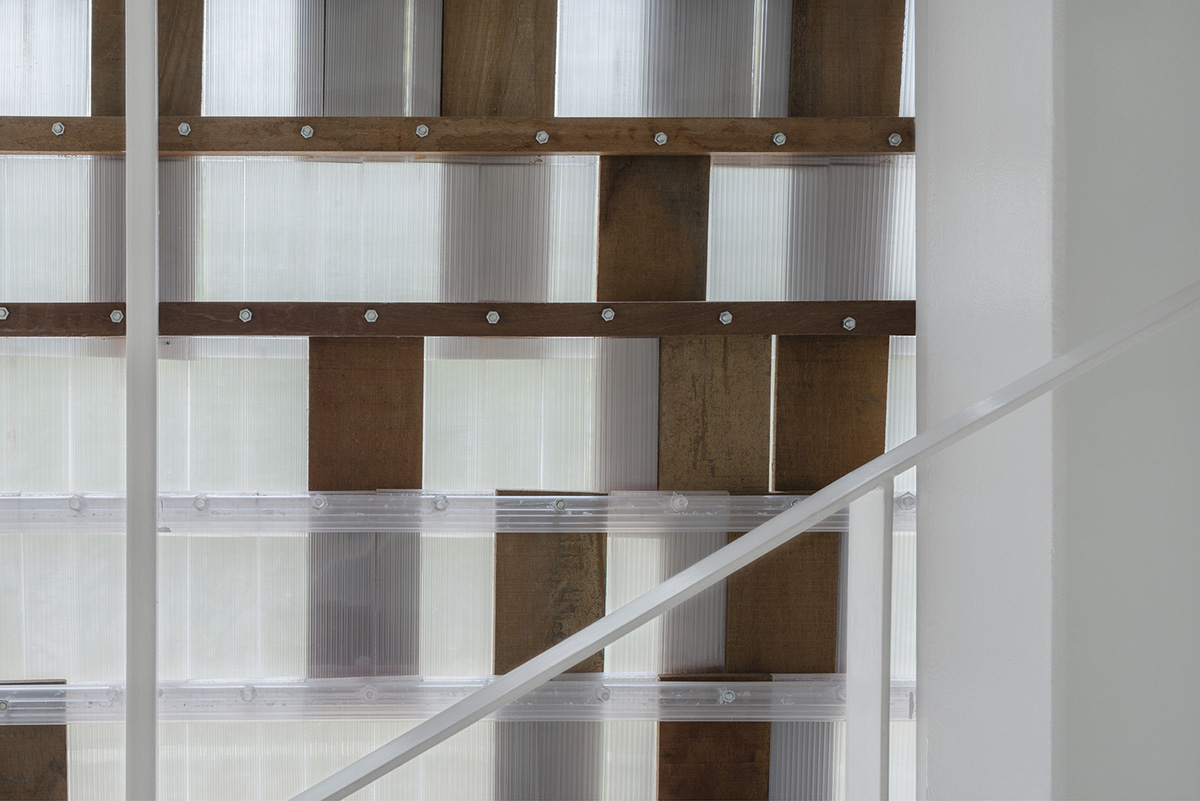 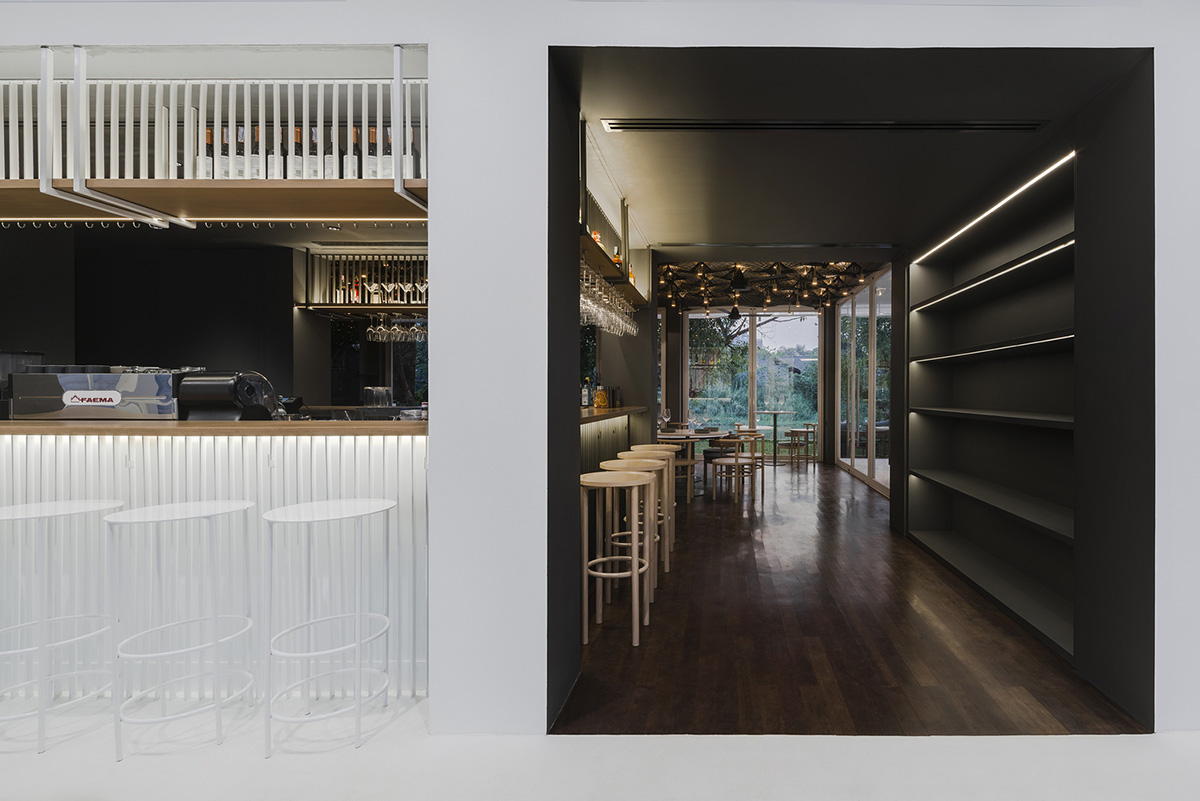 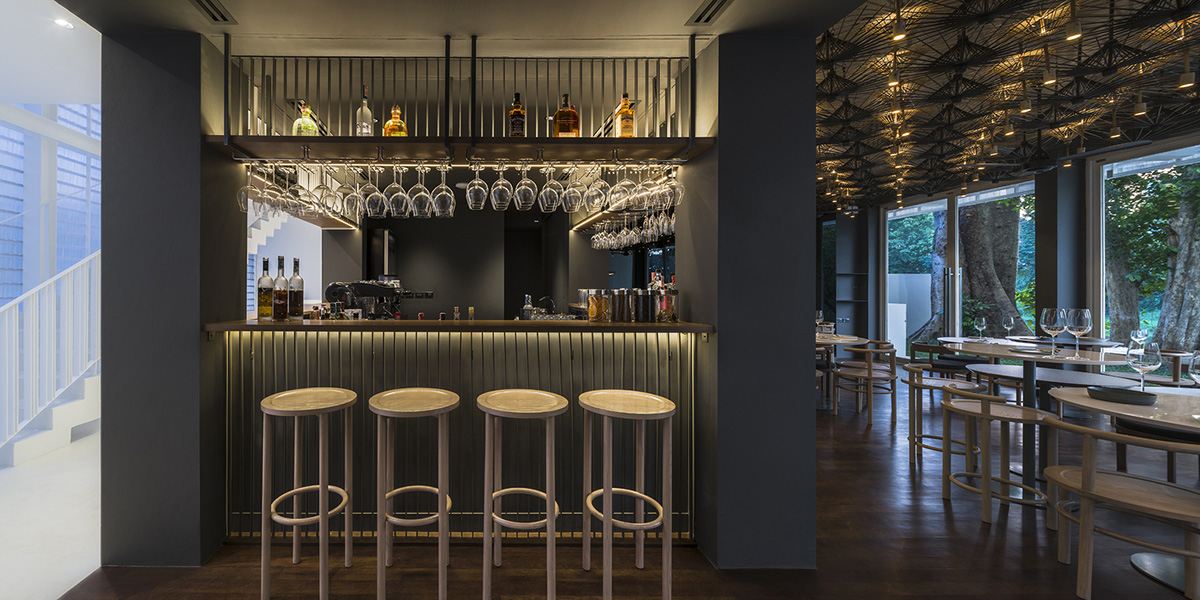 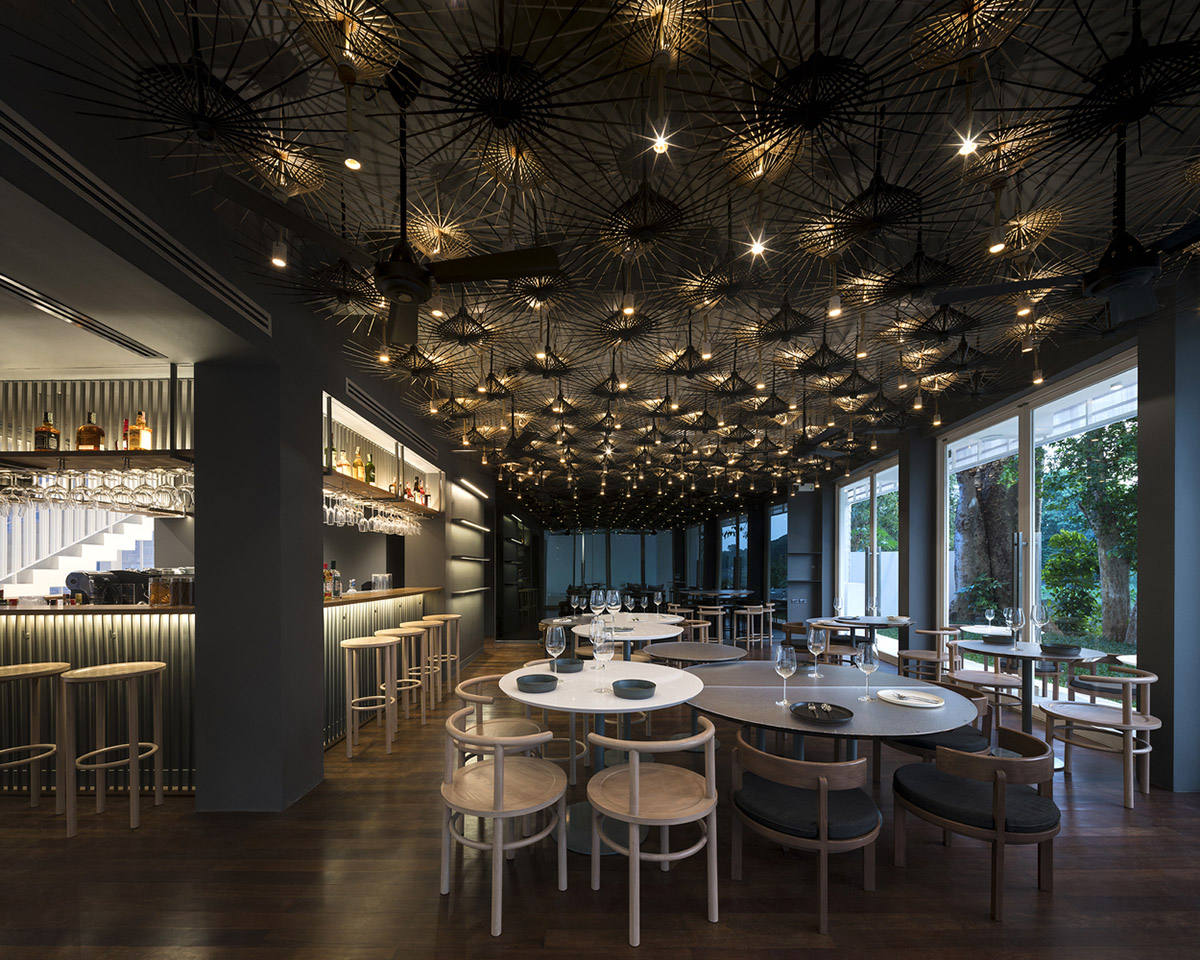 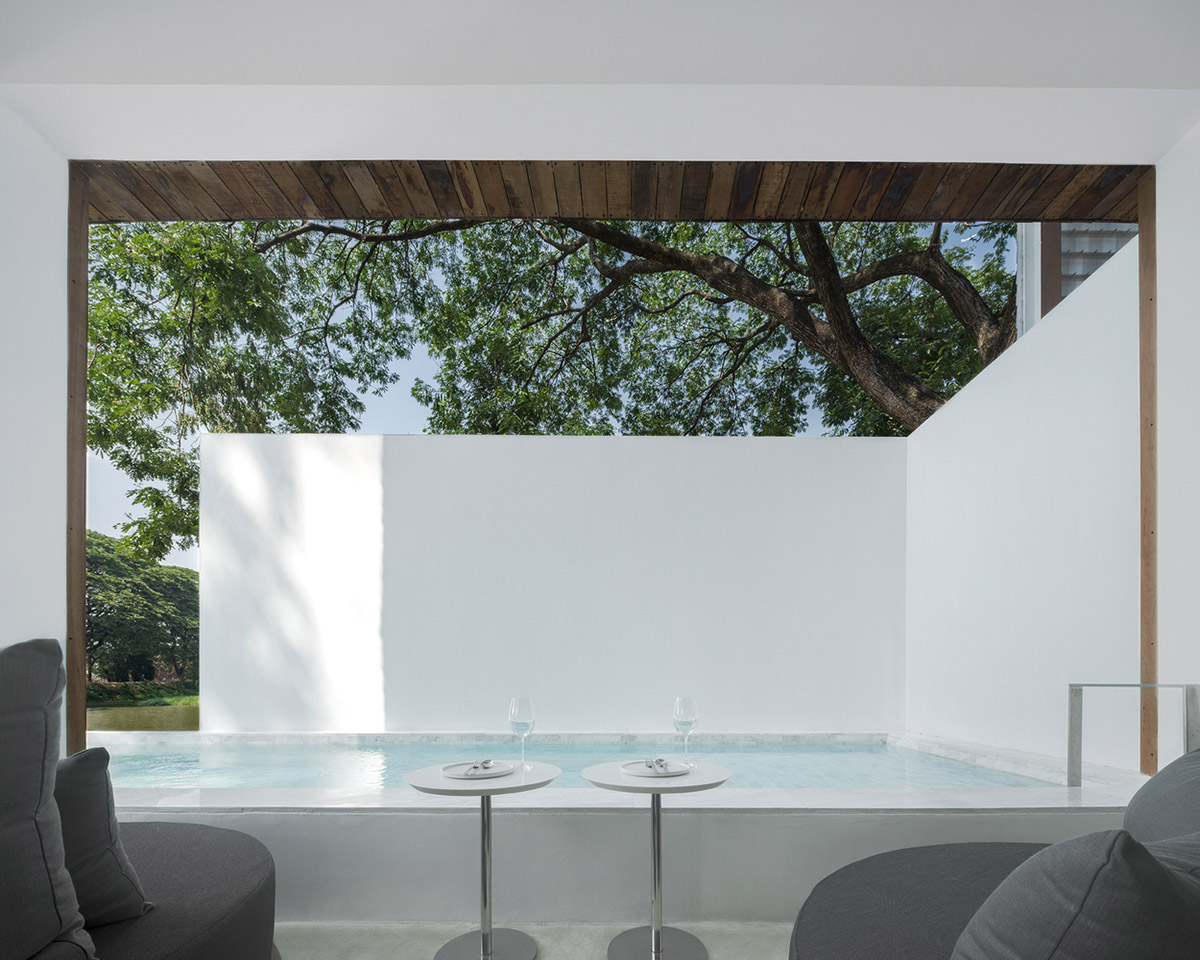 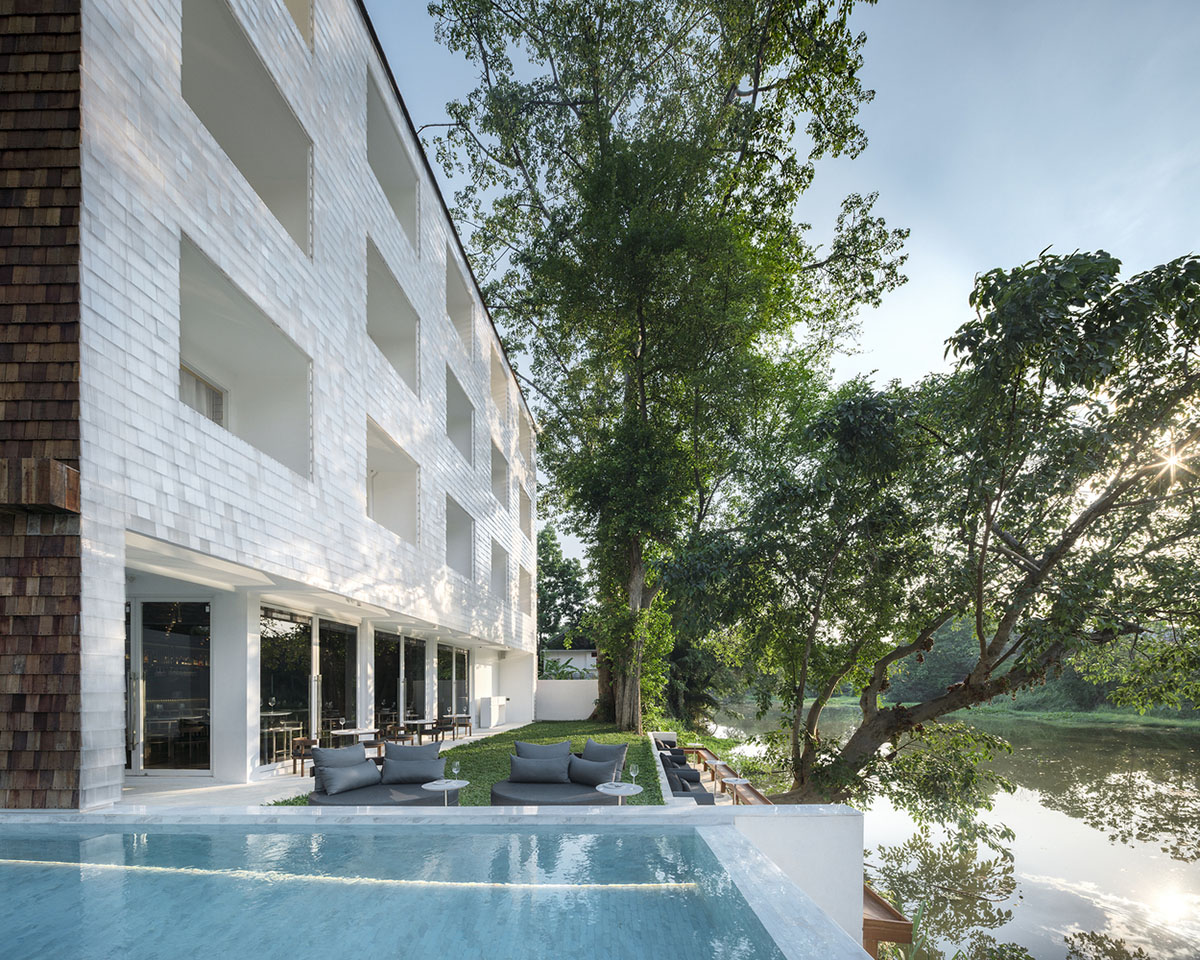 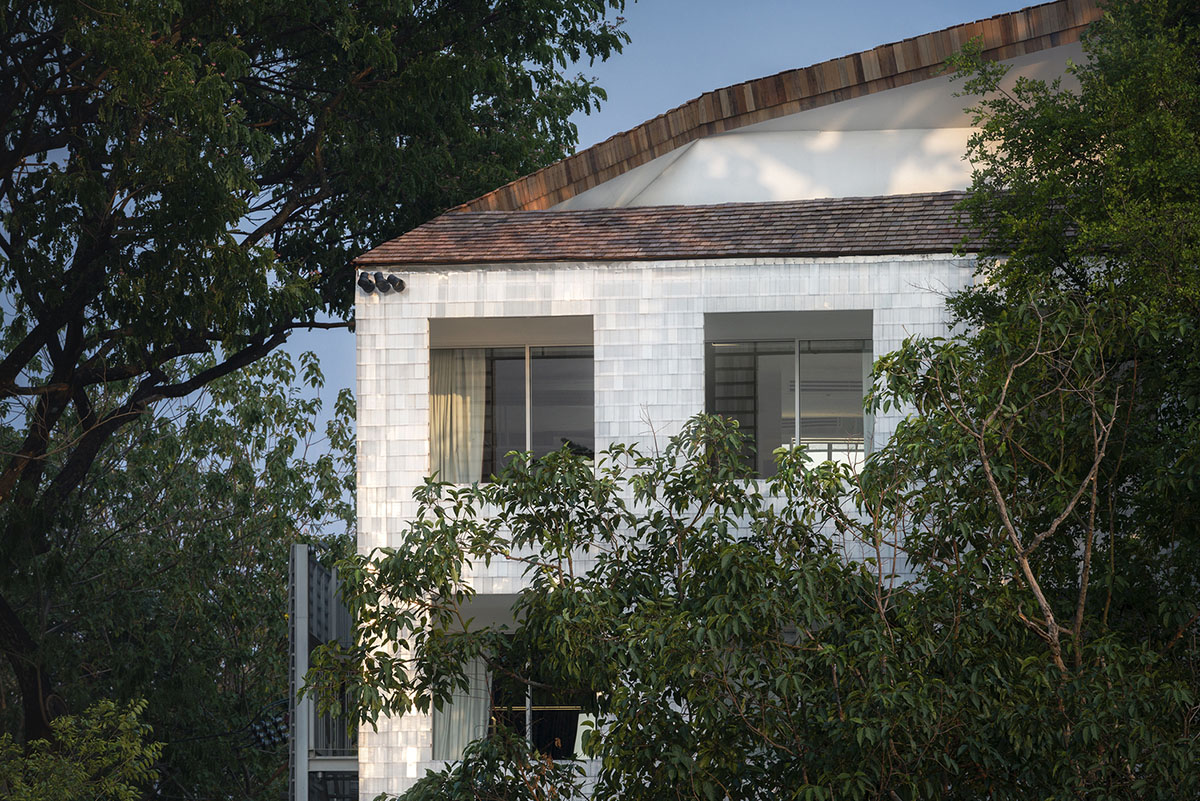 > via Department of Architecture Co.