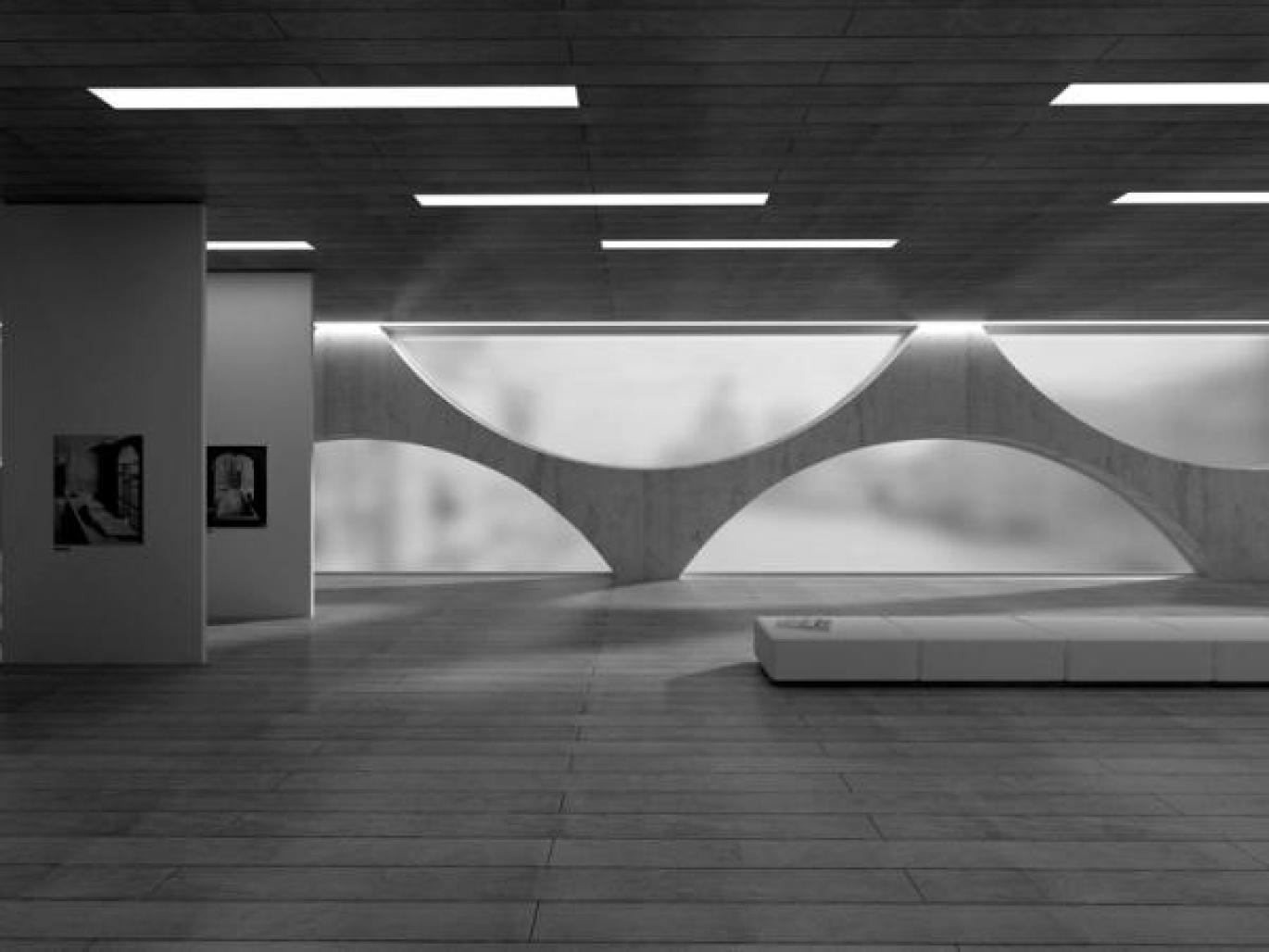 The aims of the proposition for the new Academy Bridge-Museum depart from the recognition of a much consolidated urban structure with an intense patrimonial sense. These same aims consist in the architectural definition of the entrance “door” in Great Channel that winds Venice, and also in the revitalisation of the southeast/ northwest course that establishes the connection between the Dorsoduro area and the interior part of the city, from S. Mark quarter, going by several streets and squares, ending in the “Rialto” Bridge and in San Giacomo square. The guarantee of the Cavalli Franchetti Palace garden integrity appears as an additional aim to this proposition, also considering its importance to the environmental re-qualification, before the green spaces scarcity in Venice.
The developed concept is based on the principle of the door-building as disciplinary bridge. Facing the specification of a Bridge-Museum – fusion element between the pedestrian crossing function and the architecture museum function, recognising its exceptional type – it is extremely important to explore the creation of an architectural sign, where it is chiefly interesting to develop a solution that recreates not only the real physical connection, but also the possibility of spiritual connections between past and future times. Moreover, it will enable the creation of “bridges” of architectural knowledge, of values to preserve and to testify.
The building is composed of three units that do not go beyond 15 m high. The upper floor {Unit A} crosses the Great Channel and lays down on two distinct prop pieces, where the upright accesses are also located. In the Unit B, placed near the Academy, we find the hall, the administrative services and the public toilets. The Unit C, located in the opposed border, is a secondary access and also a “big column” of structural support, which large articulation directly to the suspended nave, Unit A, transmits the empty space to the pedestrian bridge over the Great Channel, thus defining itself as an urban path connecting with the Rialto Bridge. The last floor has two distinct areas: close to the main access we find the exhibition areas and the cafeteria; on the opposite side we have a more restricted area where we can find the plans room, the archives and the sketch and models room. This floor distinguishes itself by natural light presence, which crosses the glazes that fill alternately disposed arches, upwards and downwards, forming structural trellises in white concrete. The museum area is organised in a versatile and functional mode, enabling the rotation of the vertical panels, allowing different uses for the exhibition area. The building implementation in a bridge-shape occupies an area of 15 x 78 m defined in the contest program and confined to a 10,4 m wide zone, avoiding the invasion or destruction of the Cavalli Franchetti Palace garden integrity. The Unit B, at ground-floor level, extends itself to southeast until the platform limit of the Academy.
Both the bridge and the museum share the same field. The pedestrian passage is a covered area that allows the free advantage of the Great Channel landscapes. The inferior face of the flagstone in white concrete with 71 x 10, 4 m is a mirror surface of the building interior archives, in which the projects names and the most important works of Venice emerge, as well as its dates and authors. This information is readable from the bridge stairs on. The engraved text on the concrete work, or the one to be engraved in the future, leads itself by the waters course of the Great Channel, upwards and downwards, as fixing the memories through the transitory and cycling streams. The ambient sounds are captivated and amplified from a resonance box, produced by the great flagstone that covers the bridge. This space is thus converted in a place of sonorities from the men and women that go through it and also from the Great Channel waters movement in contact with the buildings walls