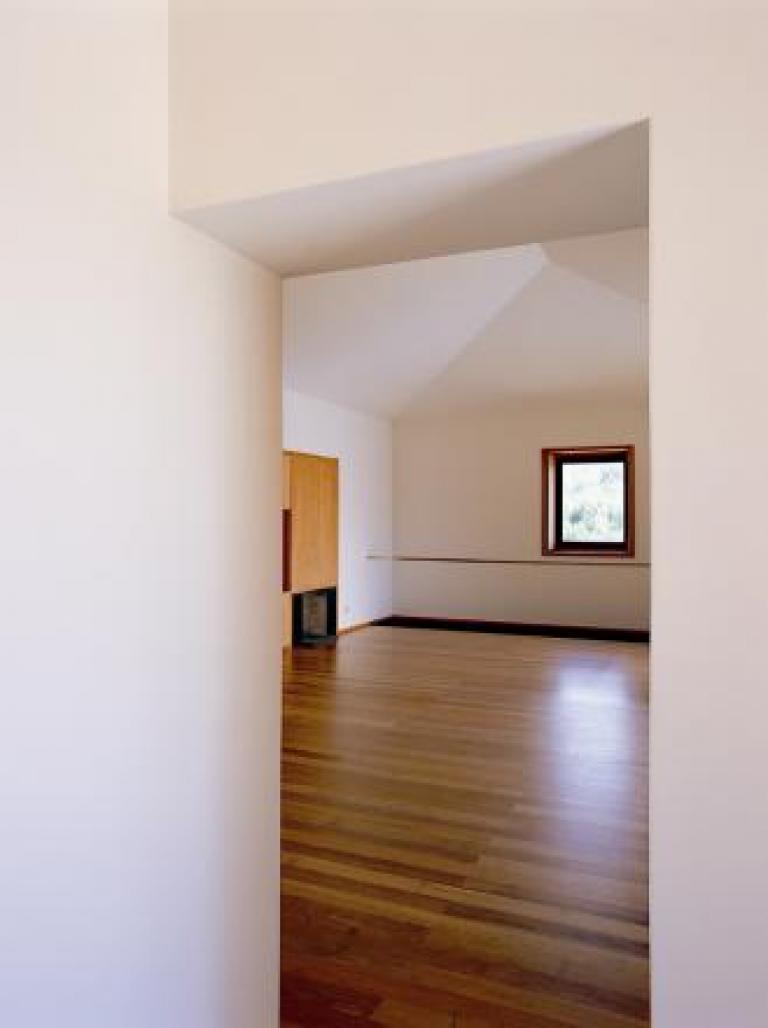 The Farm Sra. da Guia inserts itself in a region marked by the green wine culture, and near the Aveleda Farm, which was conceived in the second half of the XIX century by the landscape architect Manoel Pedro Guedes.
The ground places between the A4 motorway platforms, northwest from the centre of Penafiel, and Our Lady of Guia’s chapel.
Built with granite from the region itself, the house is implemented in the south extremity of the farm, in the highest quota, being composed of two juxtaposed volumes and a central nucleus that formally and functionally formed a single building, already in advanced degradation. A small construction annexed to the house had been recently demolished.
In the beginning of the project it was considered that the intervention should remain circumscribed to the pre-existent limits, without recurring to enlargements and, simultaneously, respecting the tile covering planes geometry. The interior is re-designed from a resistant complementary structure, which main aim is to join structurally together the several volumes by strengthen the whole ensemble, enabling, at the same time, the creation of a large and central interior space defined by the shining nuances from the bent covering planes.
Along with the project developments the interventions extended to right-foot arrangements, to the drawing of the exterior access stair, to the reconstruction of the granite threshing-floor, to a slate eaves and also to new wood squares, finishing the exterior spans.