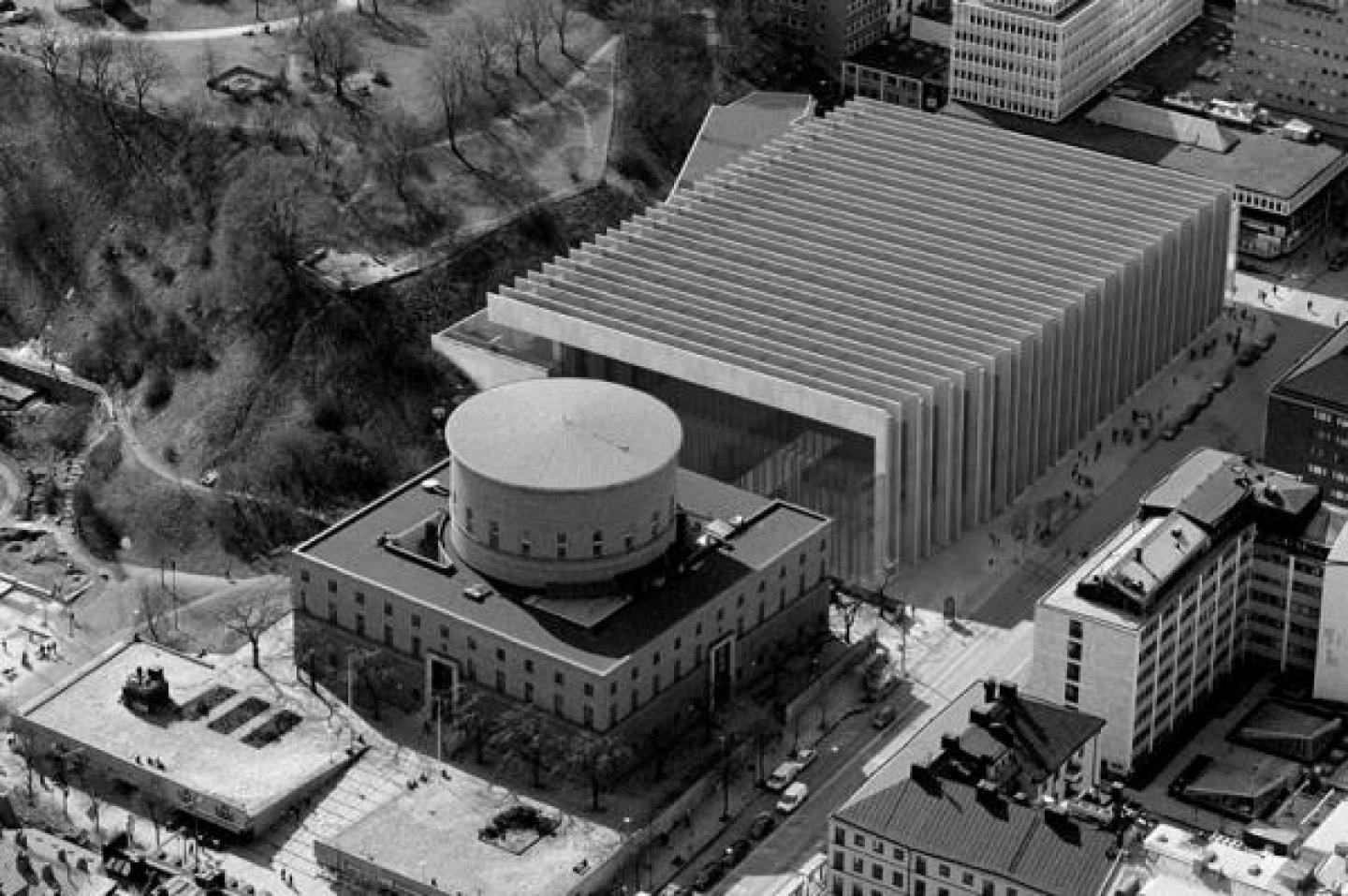 The Library Program and The Observatory Hill

The competition program’s aims for the extension of the Public Library of Stockholm, drawn by the Architect Gunnar Asplund, indicate a redefinition of the library’s model in a space that will enlarge more than four times the currently existing public access area, from 3 700 m2 to 16 000 m2. Before the esteemed population growth and the foreseen development of Stockholm in the next decades, the studying challenge consists of adjusting the space of the library to the present reality, according to future expectations. The new space, a place of excellence to combat the alienation and the segregation, must testify without any reserves and restrictions the secular and generational interaction between free men and free women and it will also constitute a decisive factor, not only for the city’s development itself, but for all the Region of Mälar as well, continuing to be the most important center of free and gratuitous access to education, information, knowledge and culture, with decisive strategical importance, in order to guarantee the revitalisation and consolidation of the democratic Swedish society.

The extraordinary Library, design by Gunnar Asplund, is located in the edge of the Sveavagen/Odengaten’s Southwestern crossing, at the base of the involving area of the Observatory Hill. This area’s development in the last centuries became something of distinct symbolising knowledge and education in Stockholm. The Observatory Hill and the public buildings at its base, each one for itself and all in a whole, have great cultural and patrimonial value. This collective value is soon put in evidence through the rigorous boarding that Gunnar Asplund places in the final site plan of 1927; from the careful disposal of the buildings, to the drawing of the park between The Stockholm School of Economics and the Public Library, where it is clear the intention of not to imprison the Observatory Hill. The final site plan and its posterior development up to 1938, translates a set of gestures that relate the city with a single element of its topography, patent in the contributions of the sculptors Ivar Johnsson and the landscape architect Erik Glemme, transformed into acts that evoke the meeting between art and science with the singularity of the original topos.

The New Library
The holistic concept is based on the natural/artificial dichotomy and the interaction’s recognition between the buildings and the involving area. This city’s area natural support, characterized through what remains of the original topography, residue of Stockholm Ridge’s memory, evidences the conflict that moulded the development of a structural part of the city and unmasks the genuinely holistic material in its private relation with history, that sends for the presence {remaining portion} versus absence {elimination} of significant elements of Stockholm’s landscape, in a simultaneous process of obstacle to the urban development and source of local resources destined to the construction of the city itself.
As part of the city’s evolution, a new nave redefines the emptiness scale, between the North slope of the Observatory Hill and the Odenplan. Architecturally speaking, this nave is constituted by white, pre-strenghten and of high-resistance concrete, combined in a system of full and empty alternation, with continuous glazed areas. All in all, they cover the airspace over the three attached buildings, drawn by the architects Lallerstedt and P. Hedqvist, and go down until the ground. These elements’ disposal emphasizes the relation between the Observatory Hill and the Odengaten, multiplying the "parallel blocks" and respective intervals, carrying the light and the natural environment that the Observatory Hill provides to the interior of the Library’s space, as many times as the number of glazed intervals. The solution here adopts the principle of the not destruction of the three attached buildings. It is not<