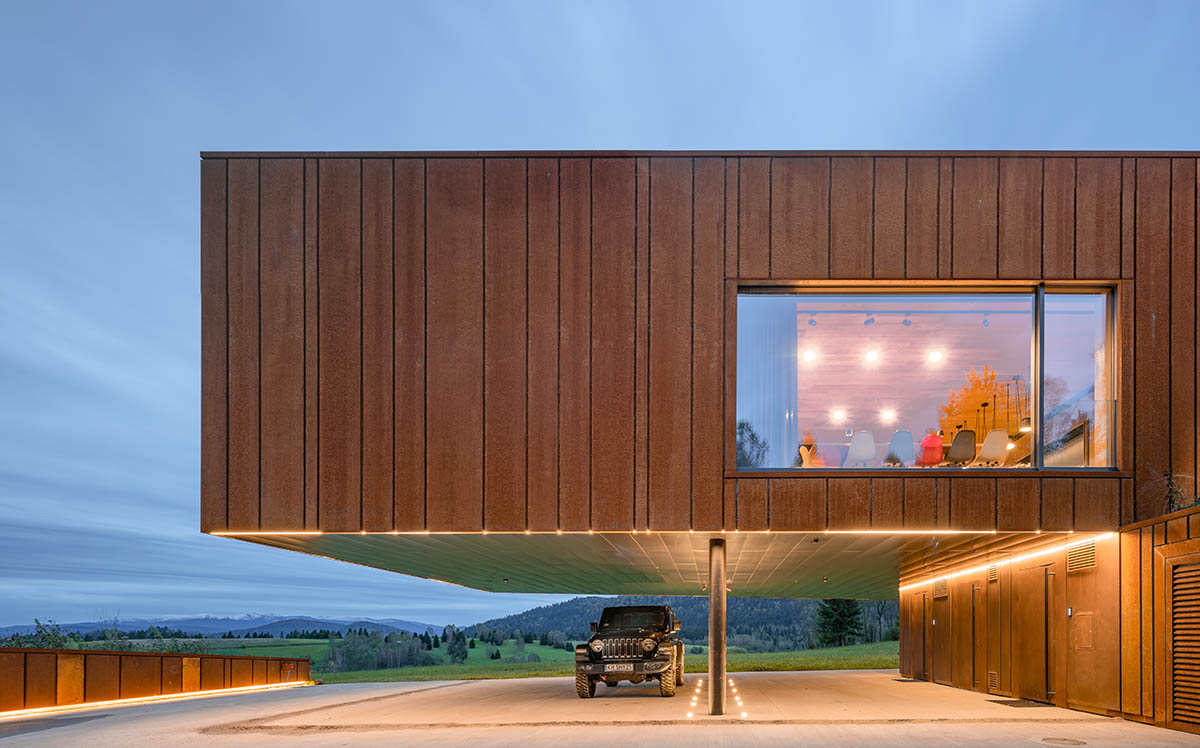 Polish architecture firm Medusa Group has completed a house immersed in a hilly landscape of Poland. The house was constructed by the Polish-Ukrainian border.

"Bieszczady mountains are beautiful and wild. Their melancholy and natural richness fascinate all visitors, while low population and the abundance of game attract nature lovers and hunters," explained Medusa Group.

Architects from the Medusa Group studio have designed a house immersed in the hilly landscape. The architecture sets its borders with nature.

No fence separating the house from the road is planned. In some places the space penetrates the structure, sometimes it overlaps.

The roof, covered with earth structure including a layer of turf, has inscribed the house into the context of the place and reduced the impression of its presence at the background of Ortyt – a picturesque and hilly Bieszczady mountain range. 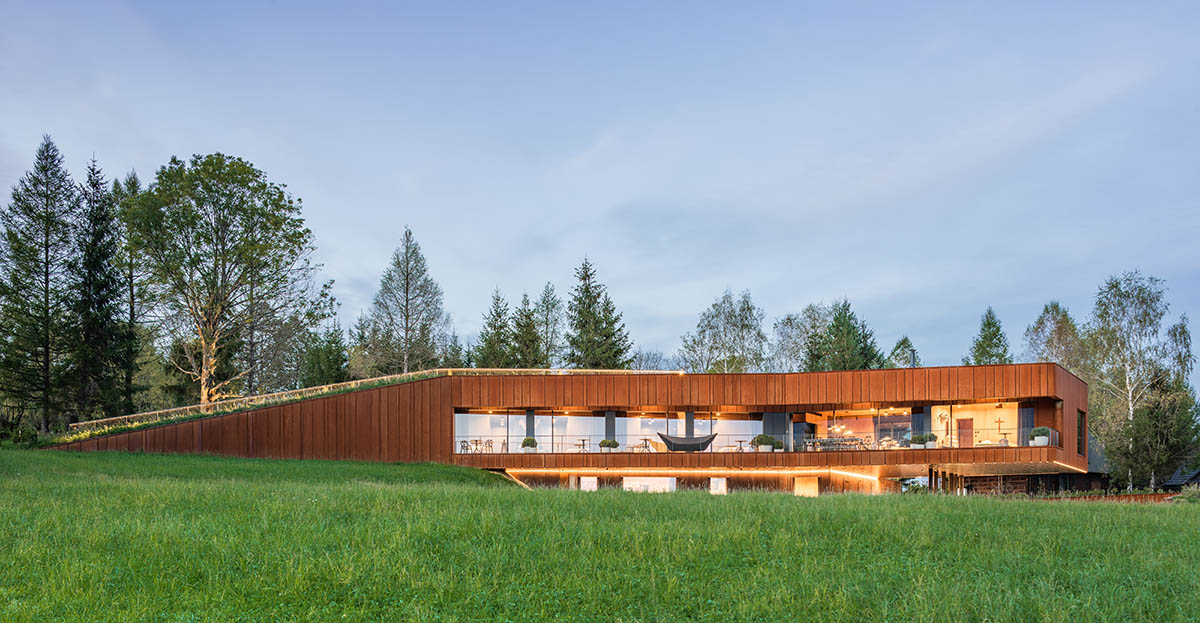 The design, with its owner’s hunting fascination in mind, is supposed to emphasize the beauty of the location, without interfering with its atmosphere.

The building, covered with corten, frames the view, sometimes even duplicating it with reflexes on vast glazed surfaces. 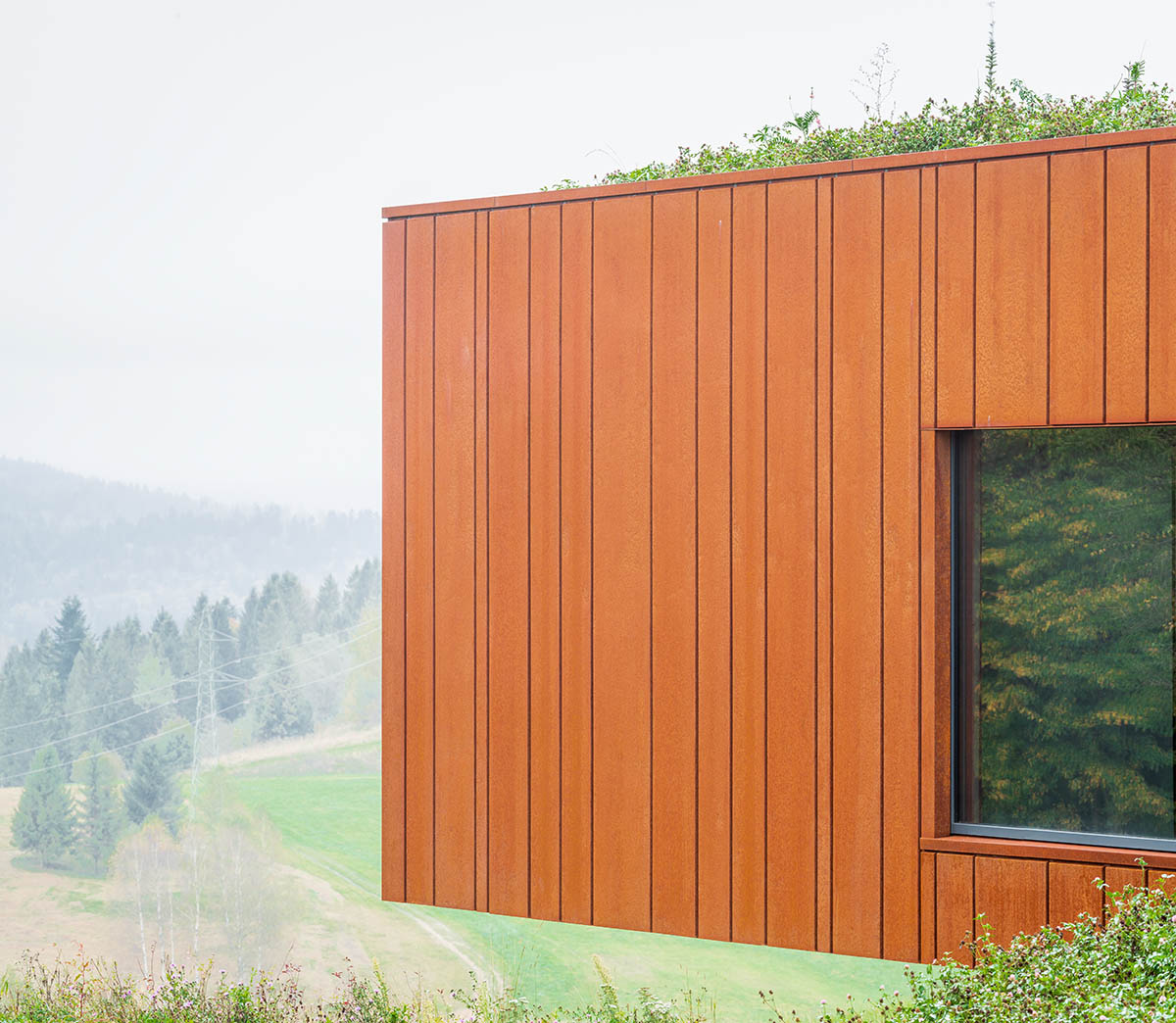 Architects’ work is hidden among greenery, thus opening the house onto the panorama of overlapping Bieszczady peaks. At the same time, it does not obscure the view to anyone. From the side of neighbouring buildings, the house was supposed to resemble a hill bend, while from the north, to preserve the character of an architecture’s work having its scale and mass. 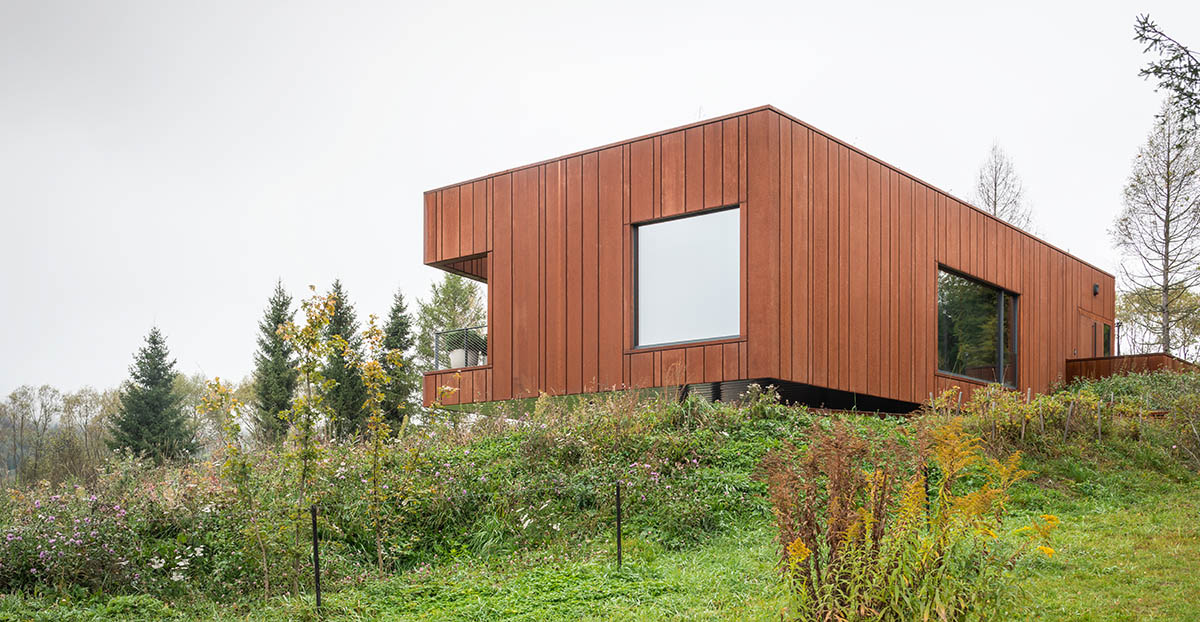 The design consists of a private zone including a study as well as recreation and relaxation amenities and a spa with several rooms forming the guest wing.

The challenge consisted in inscribing the building representing so many different functionalities in the morphology of the plot of land. While the building acquired a rusty coating and a thick layer of greenery, it got lost in the landscape. 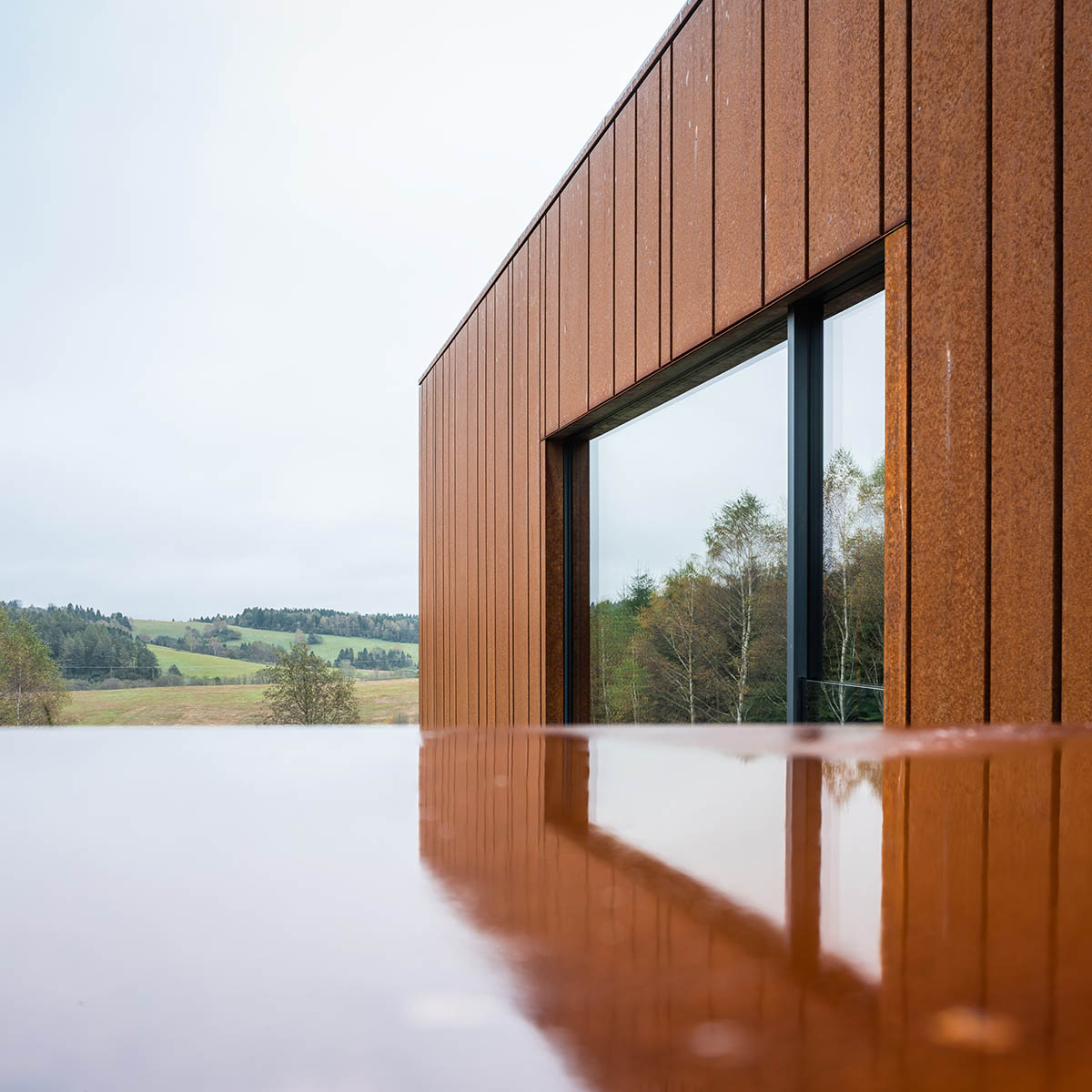 The plot recovered from most of the traces of architectural intervention in a planned way, consistent with natural processes. Only the elements aimed at emphasizing the designed tectonics of the area remained visible. 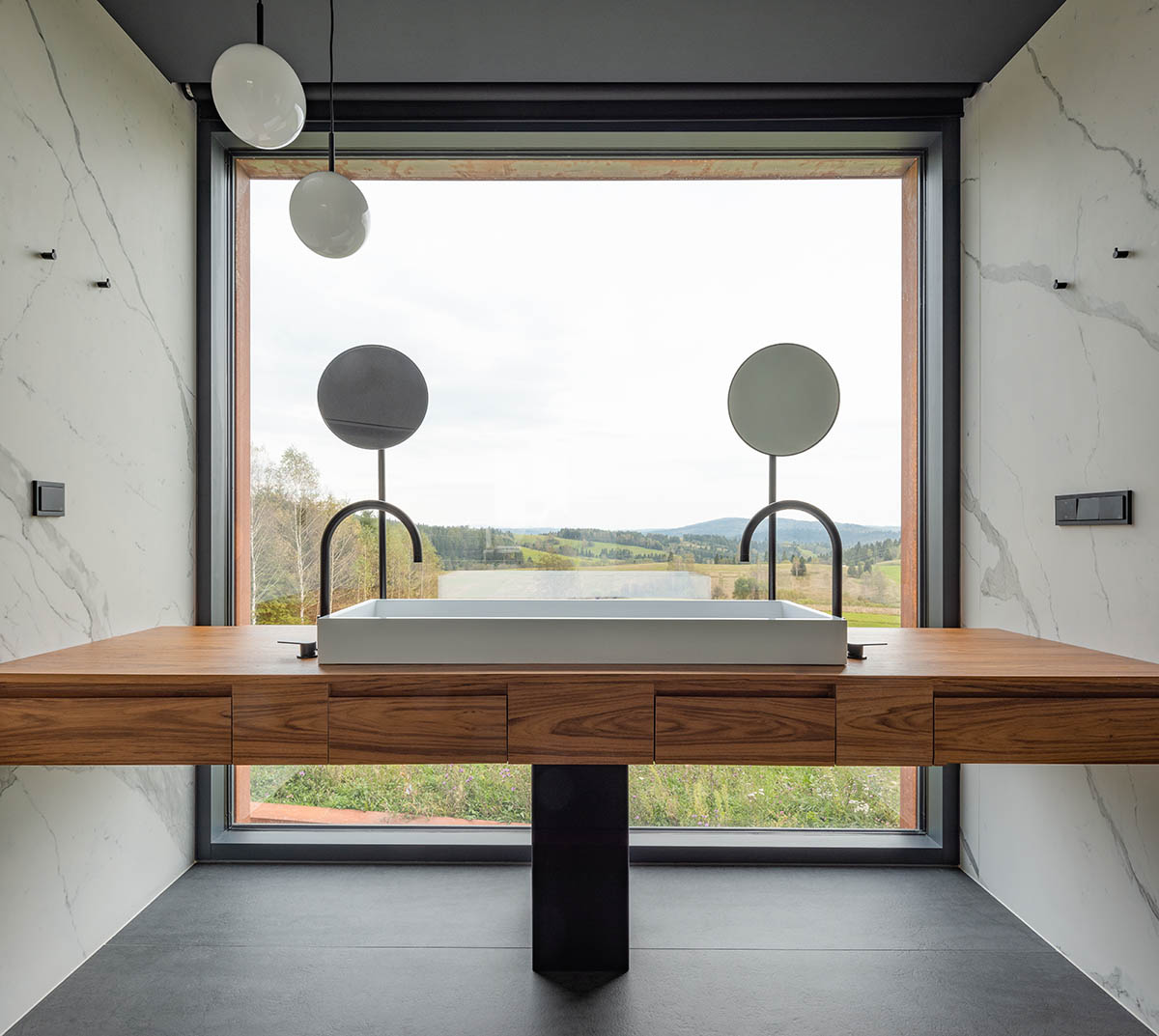 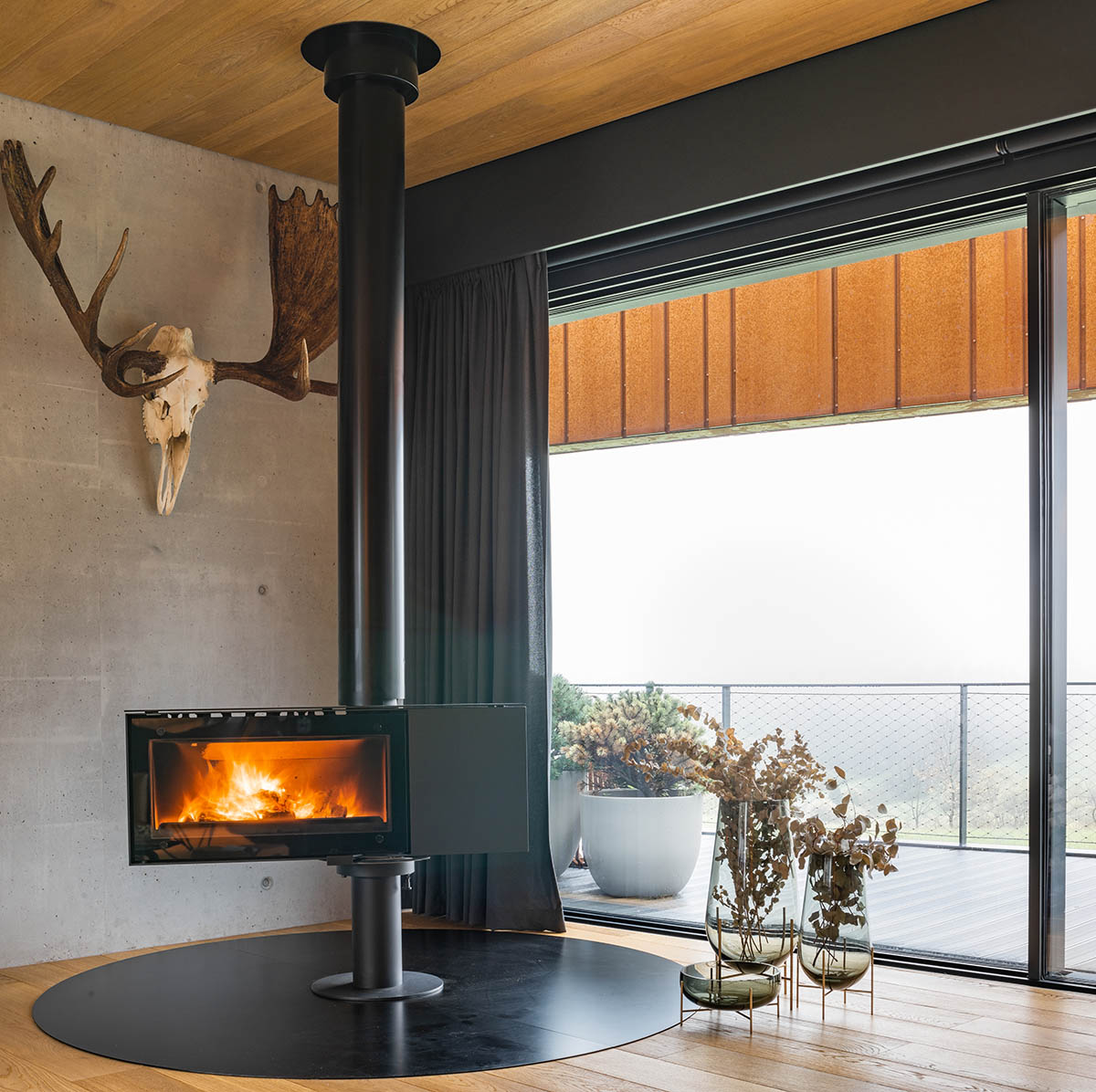 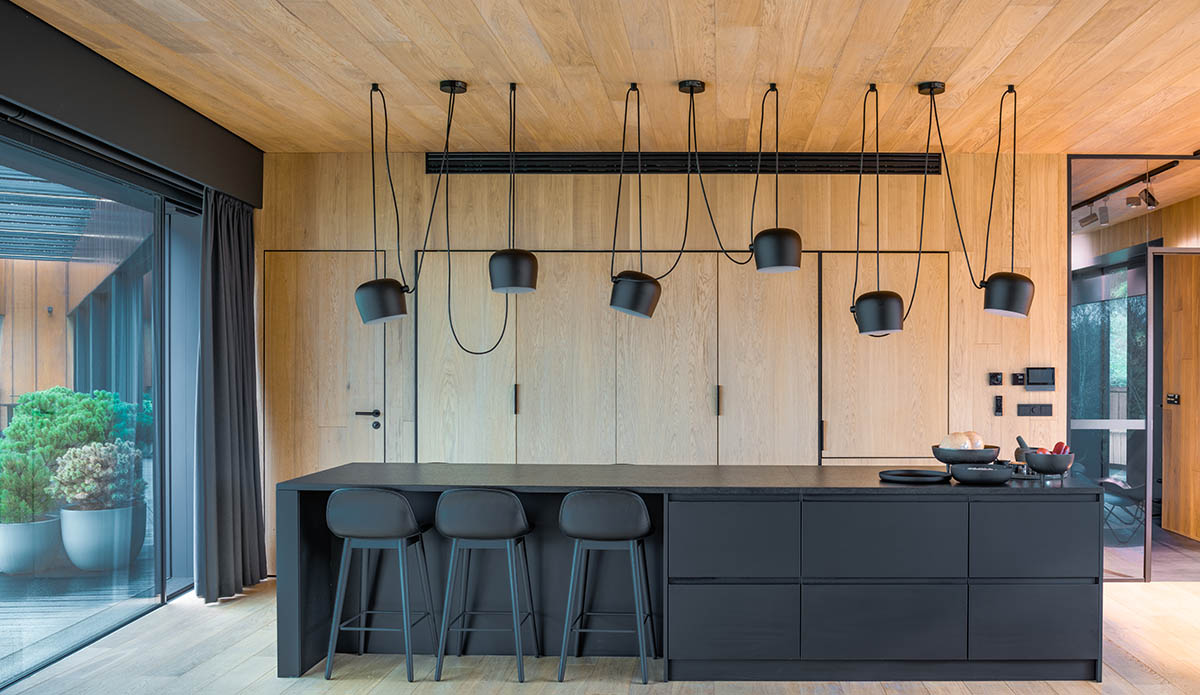 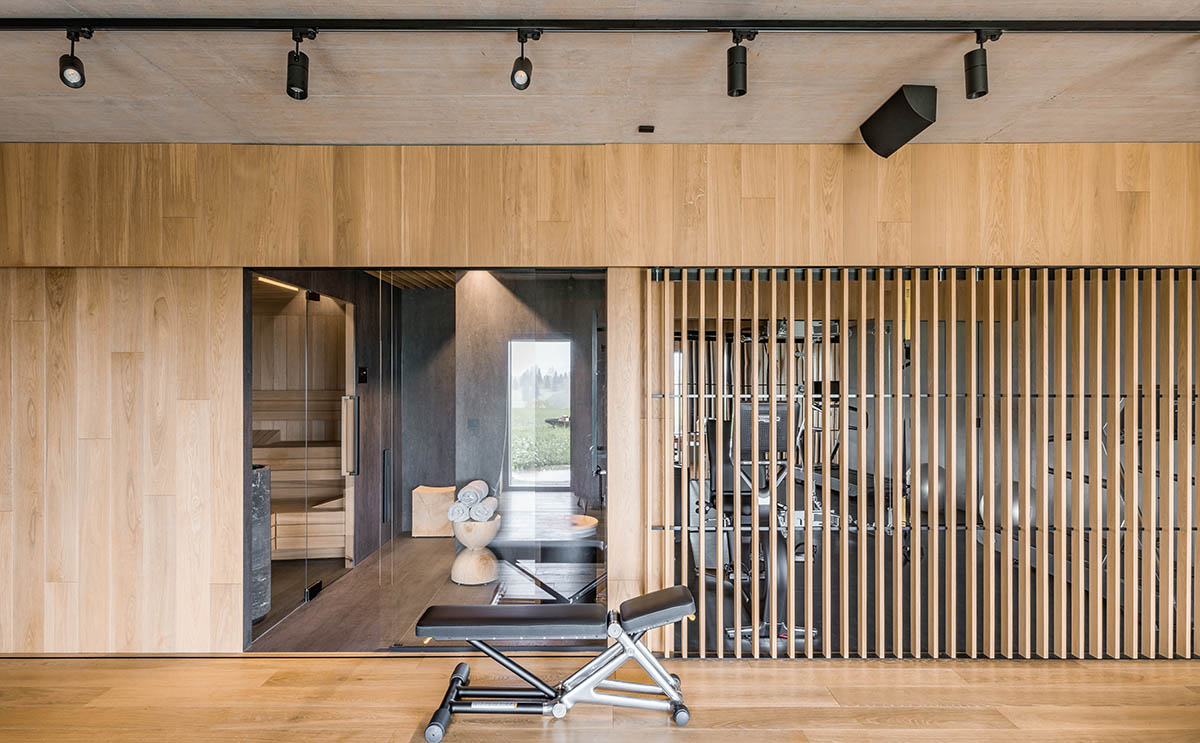 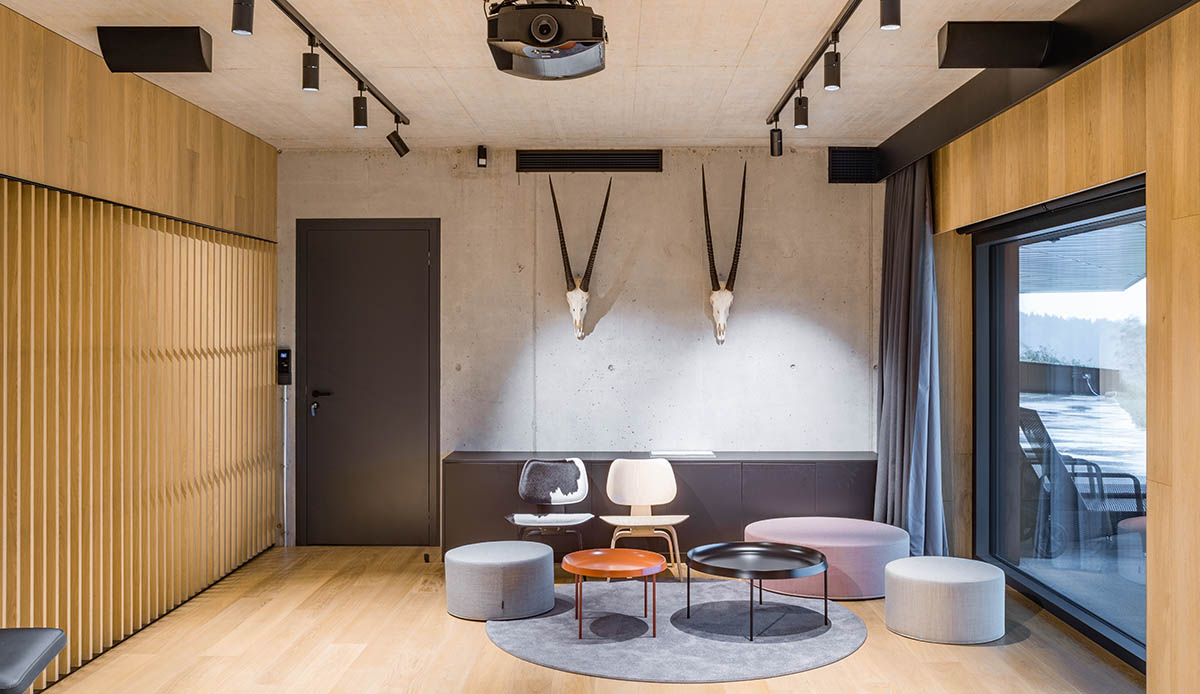 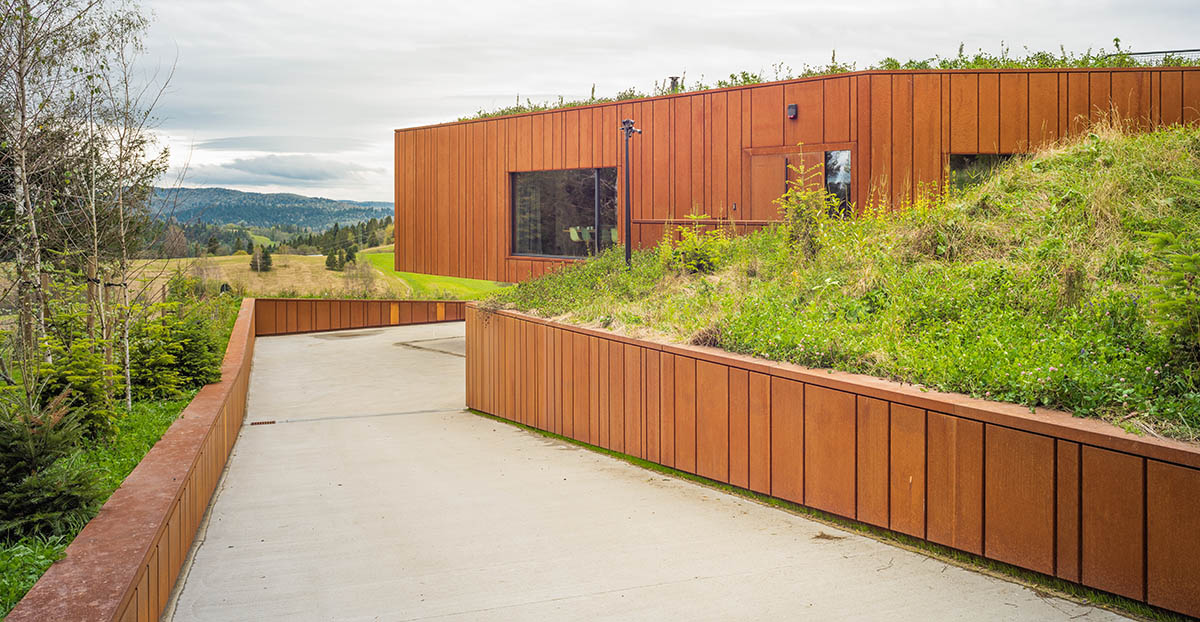 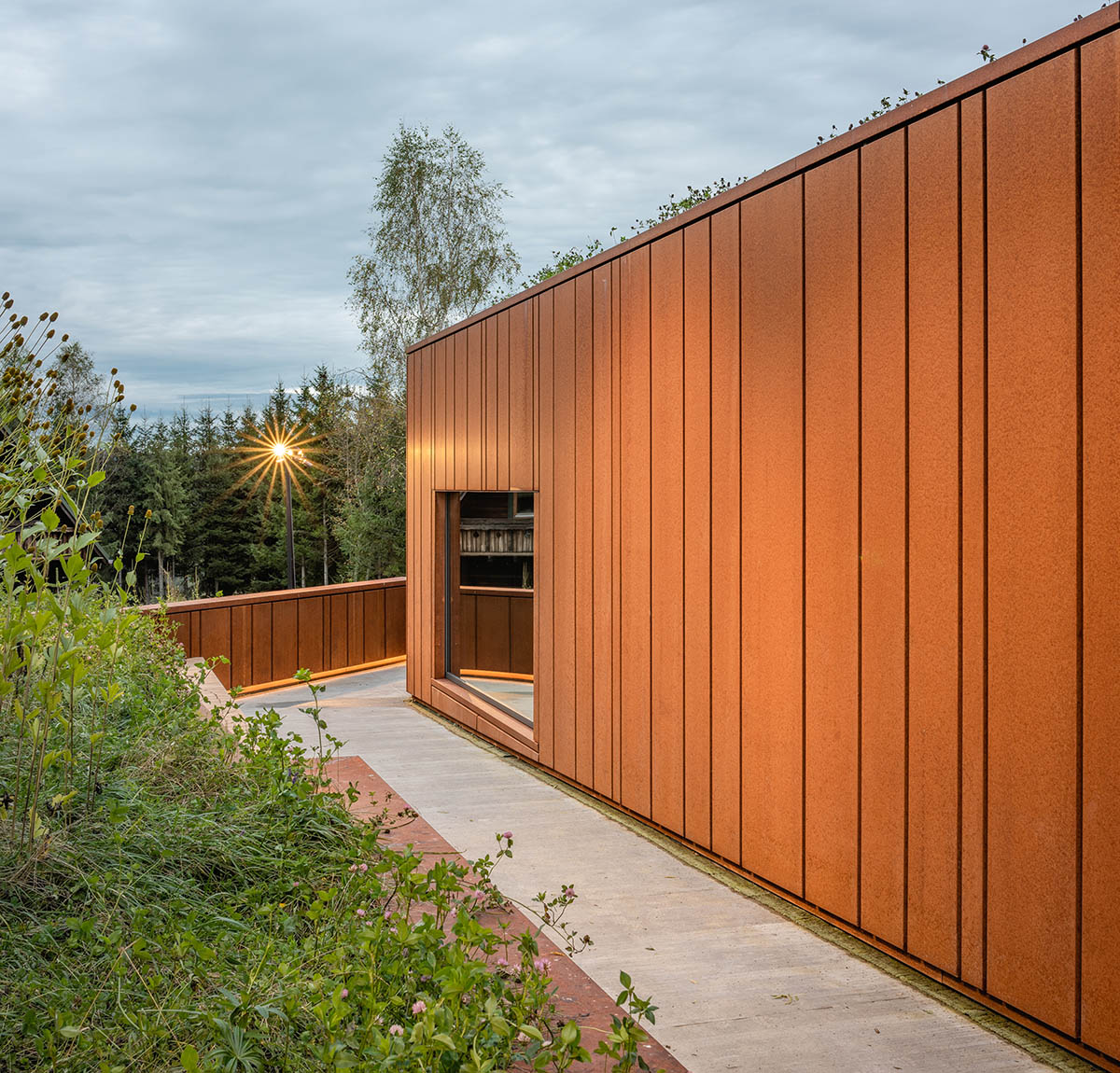 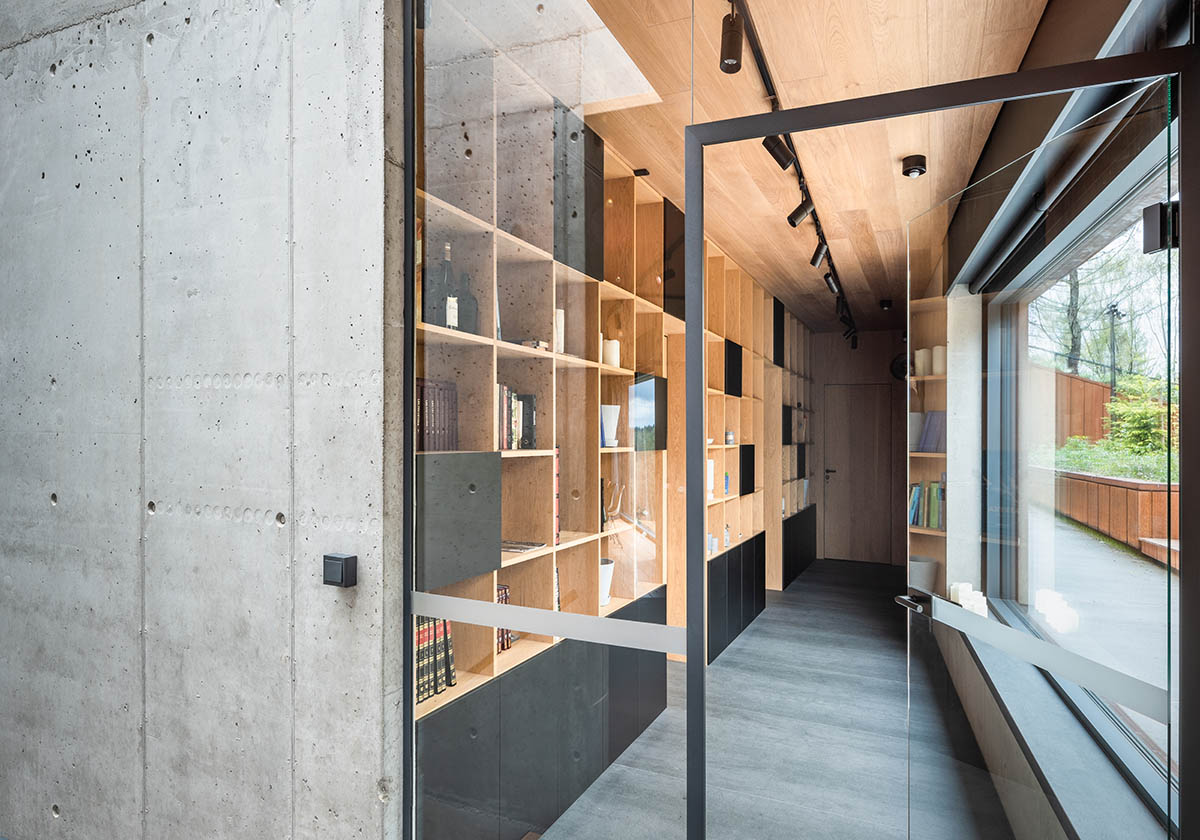 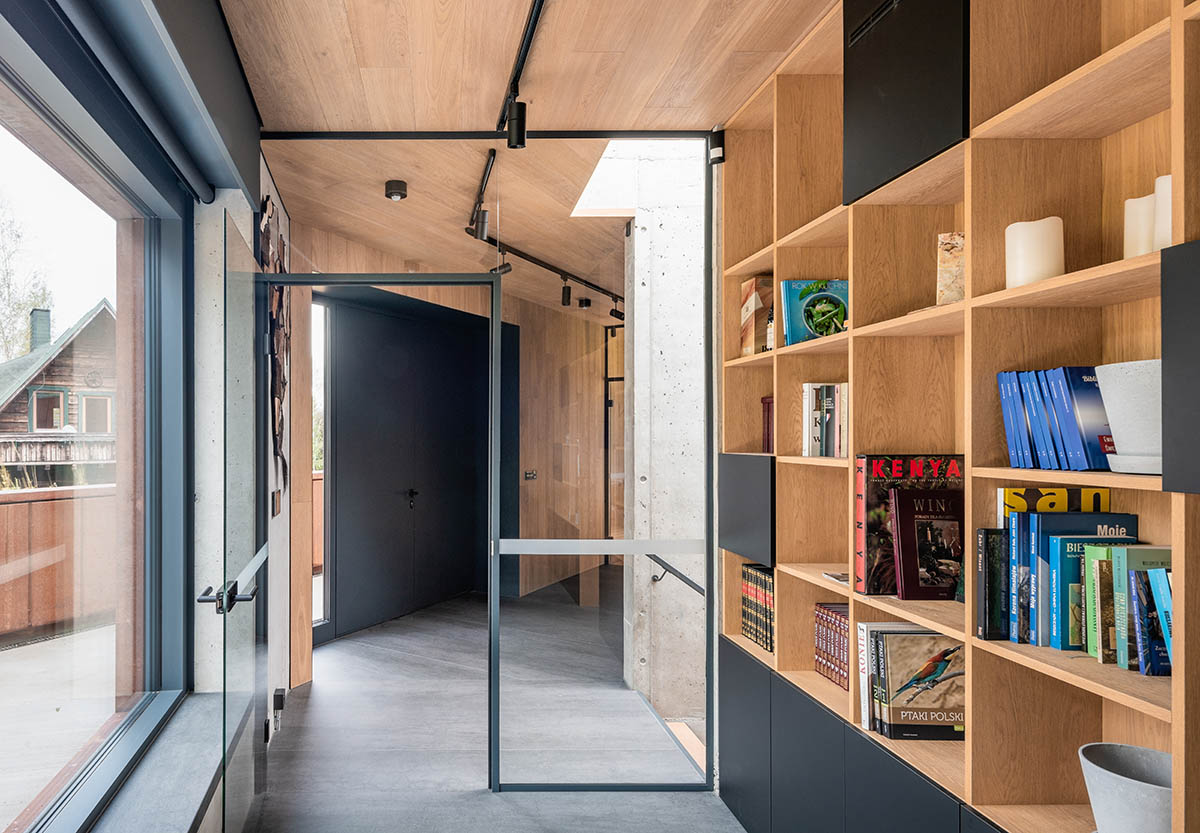 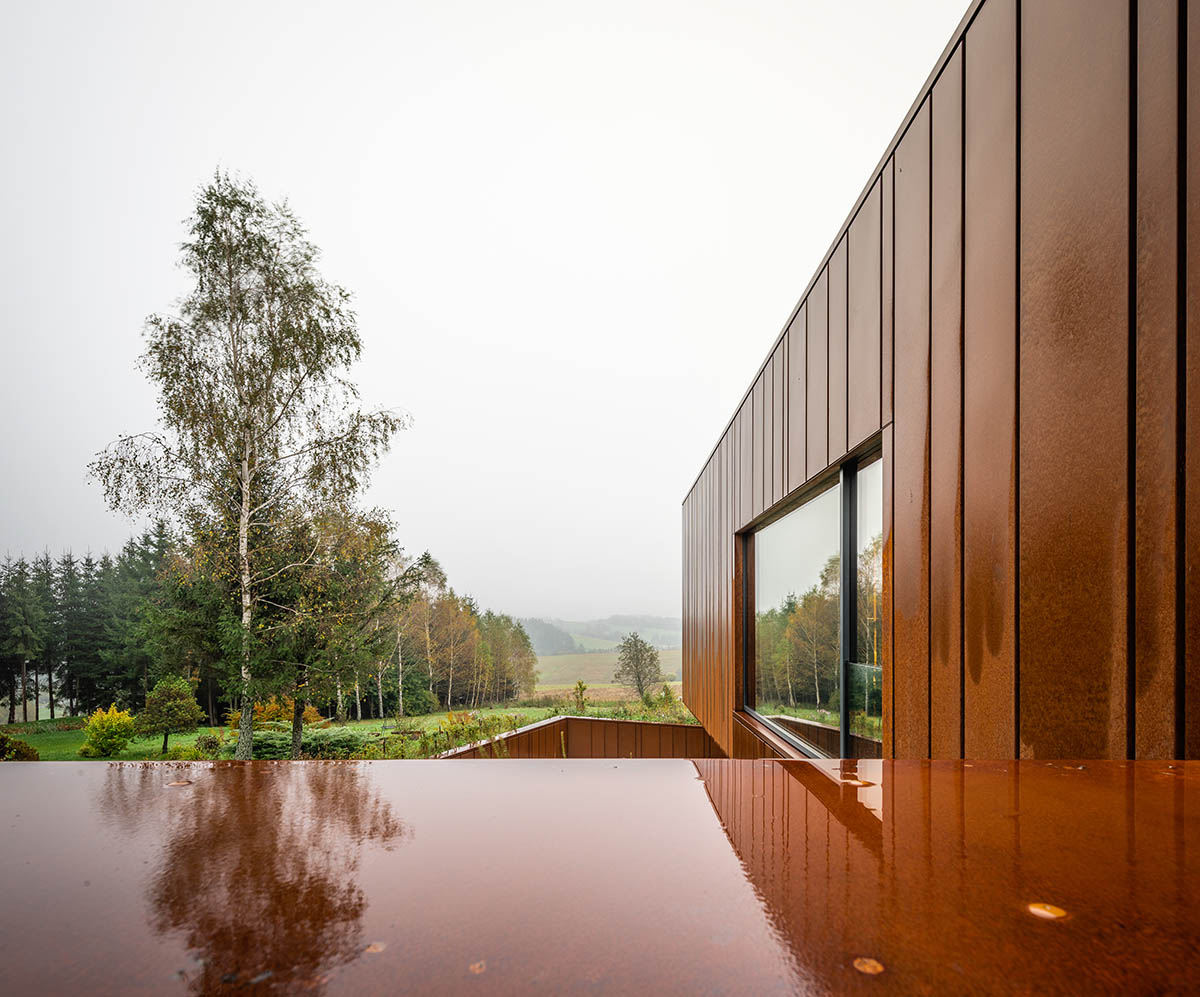 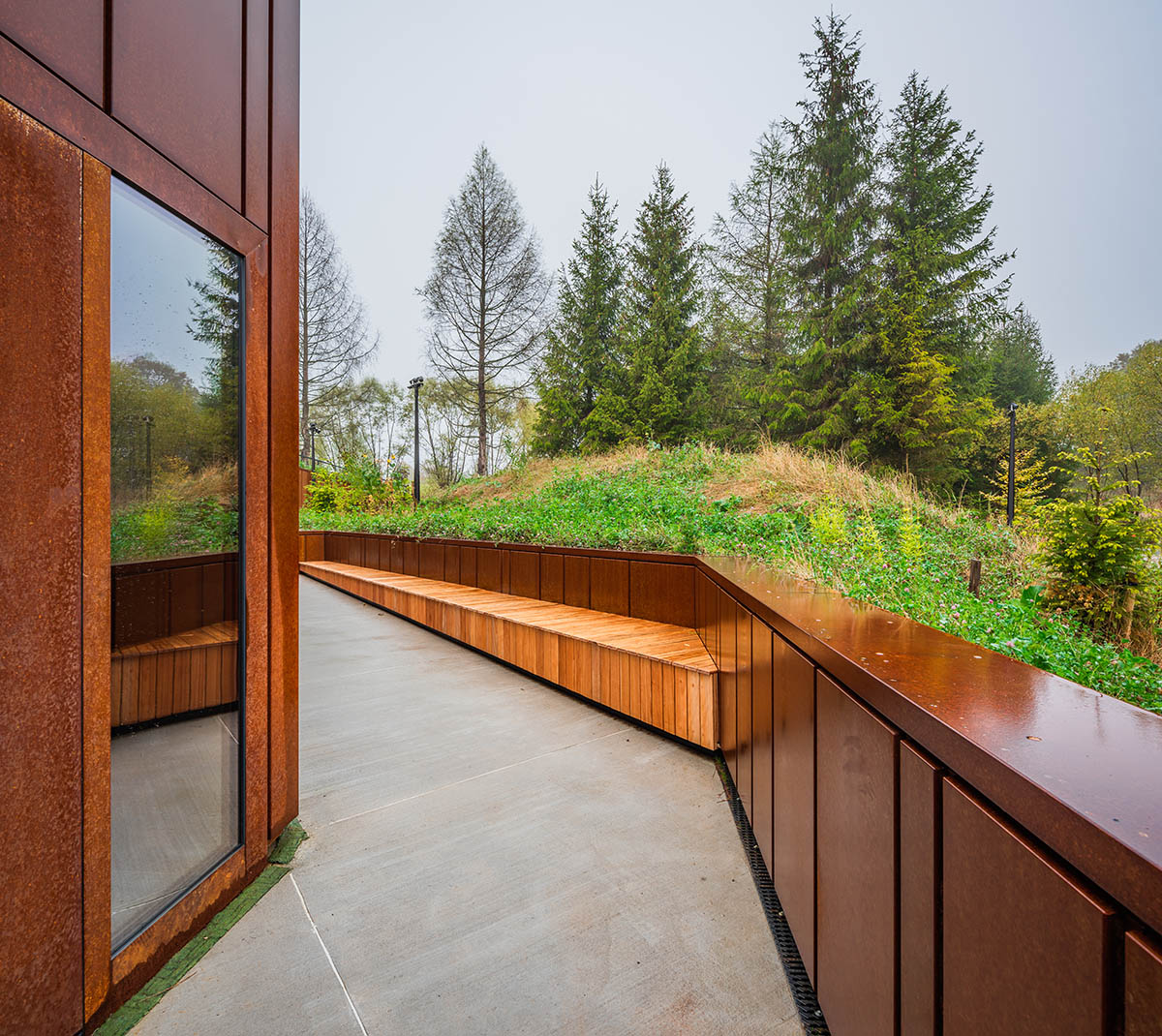 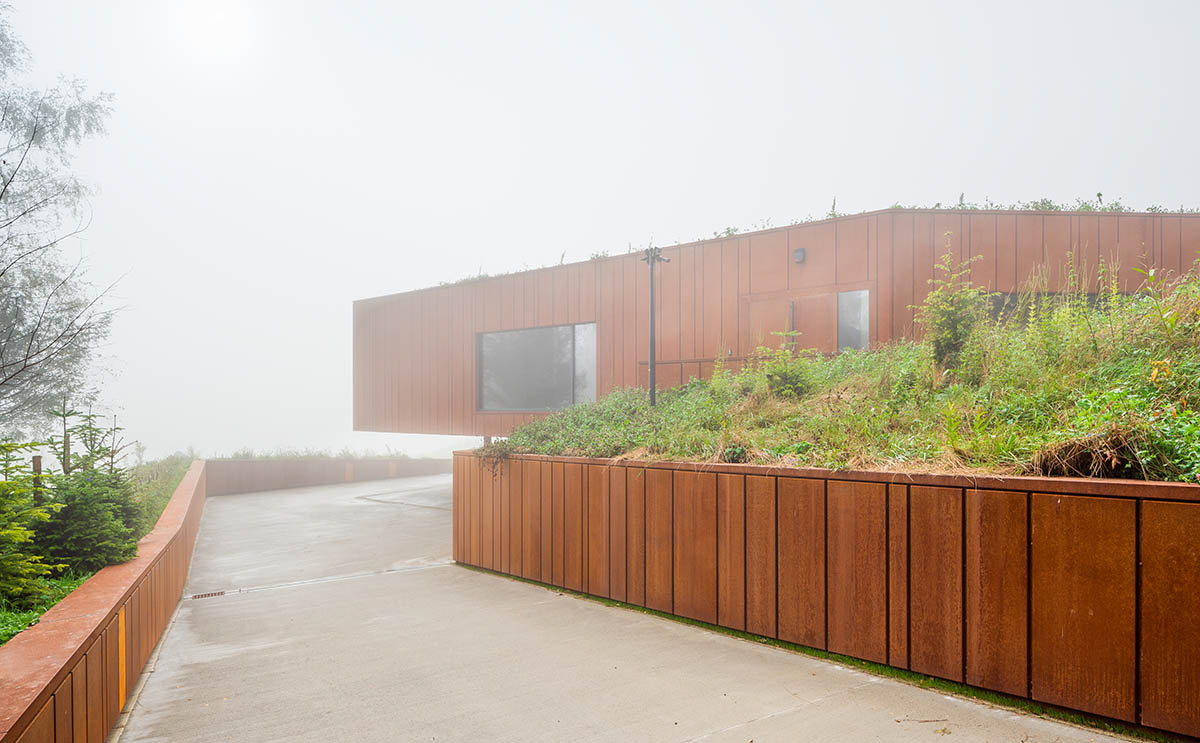 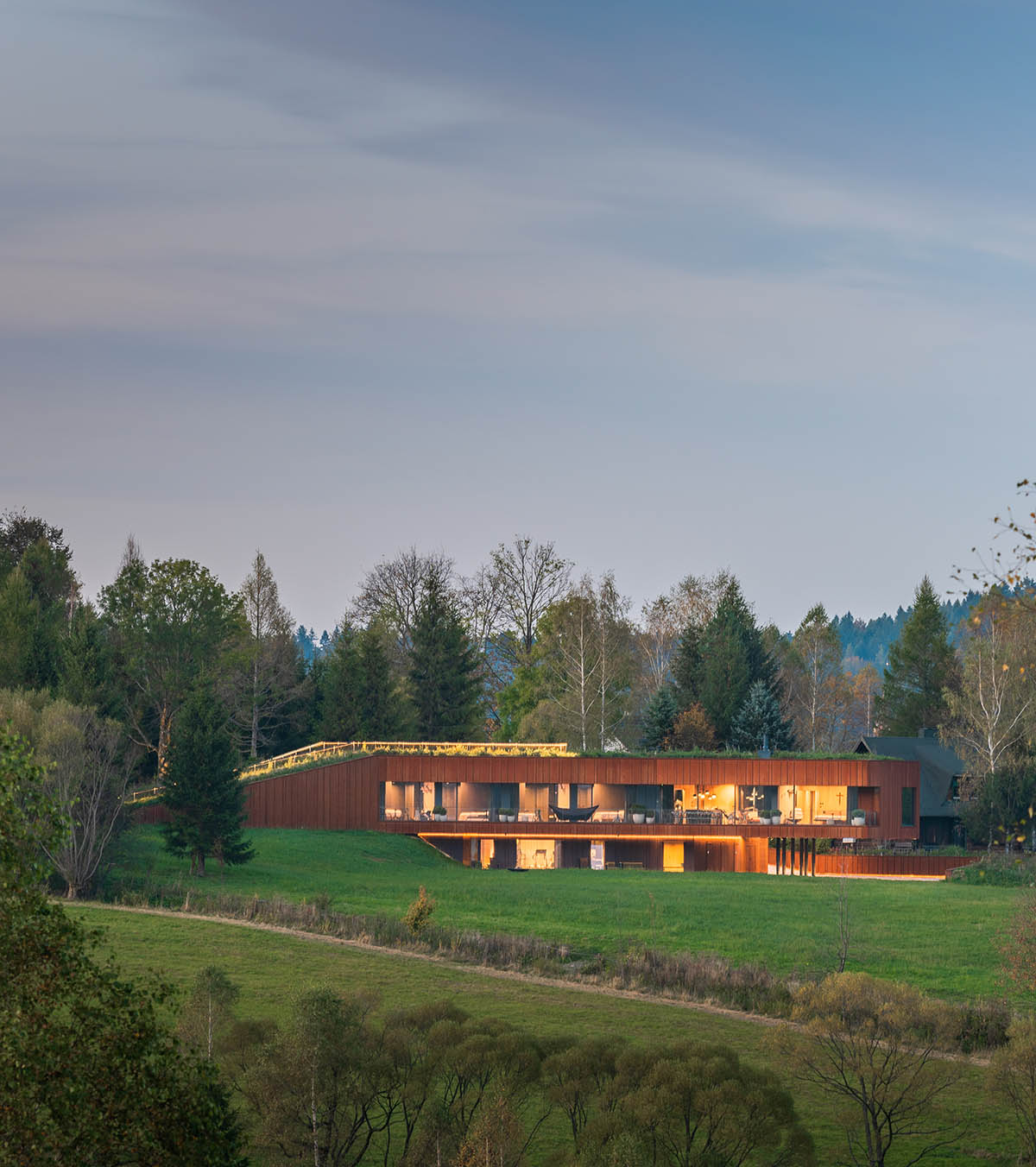 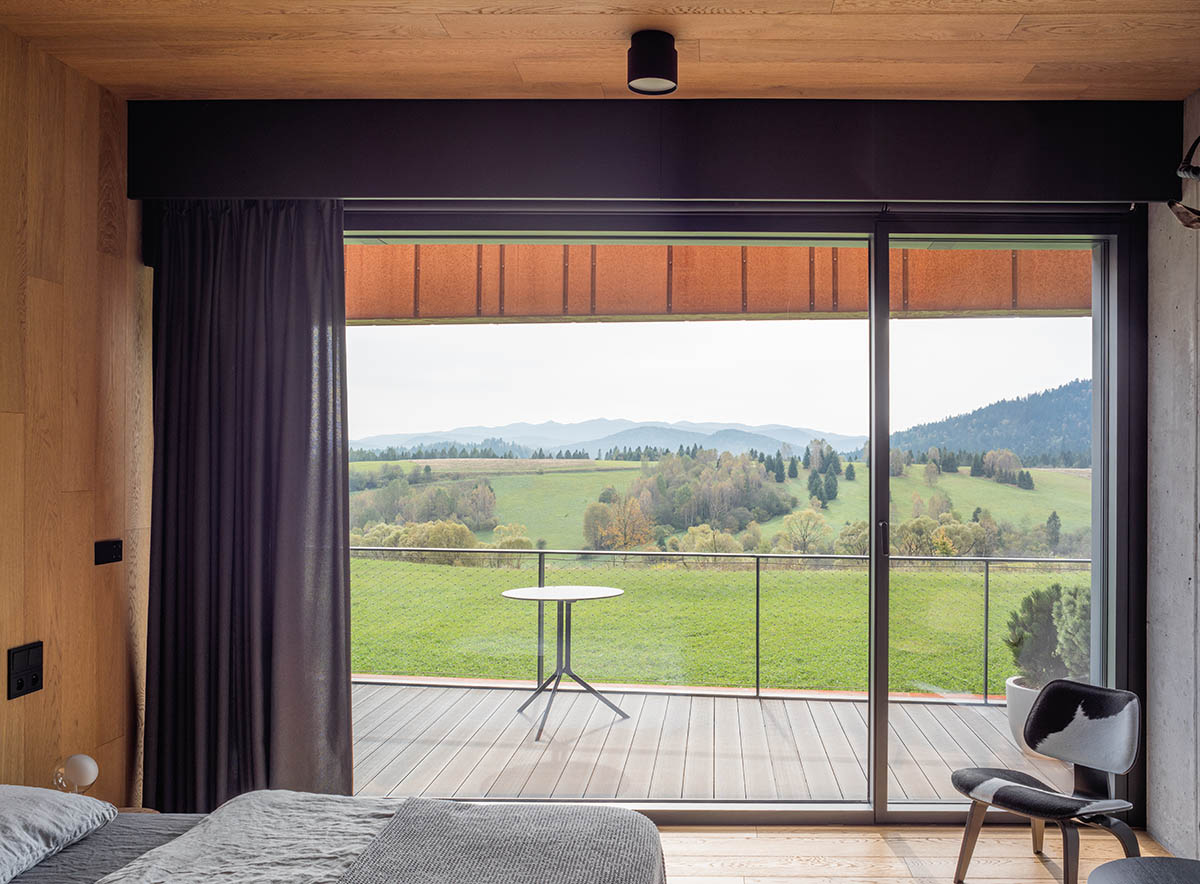 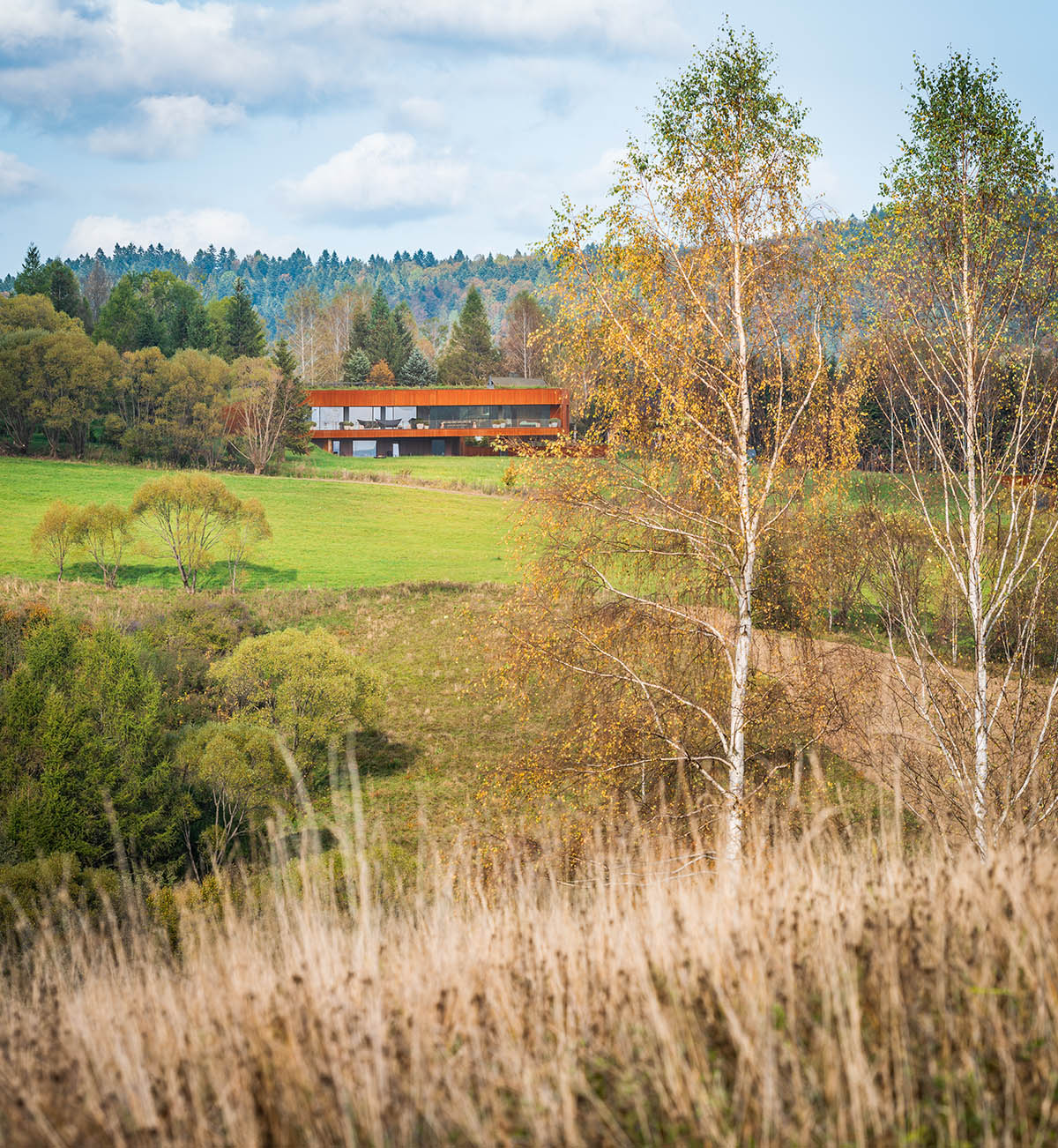 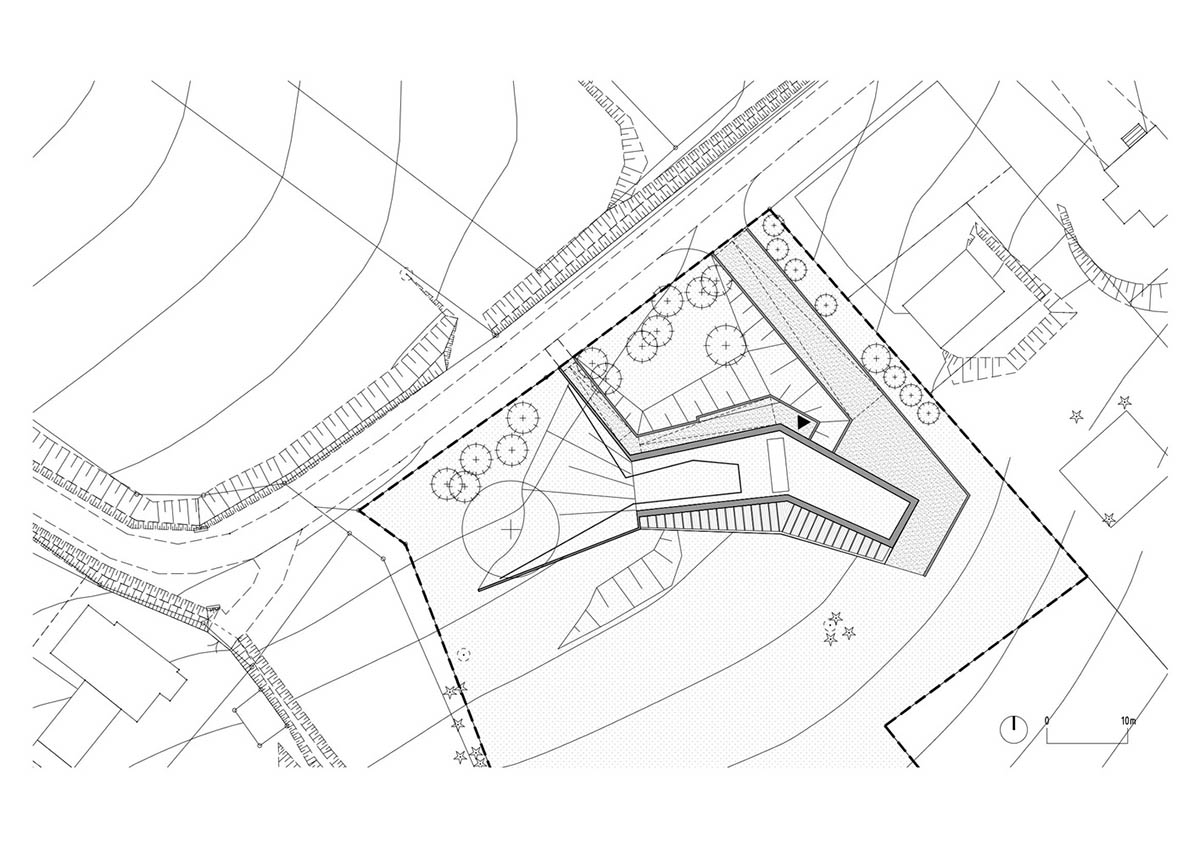 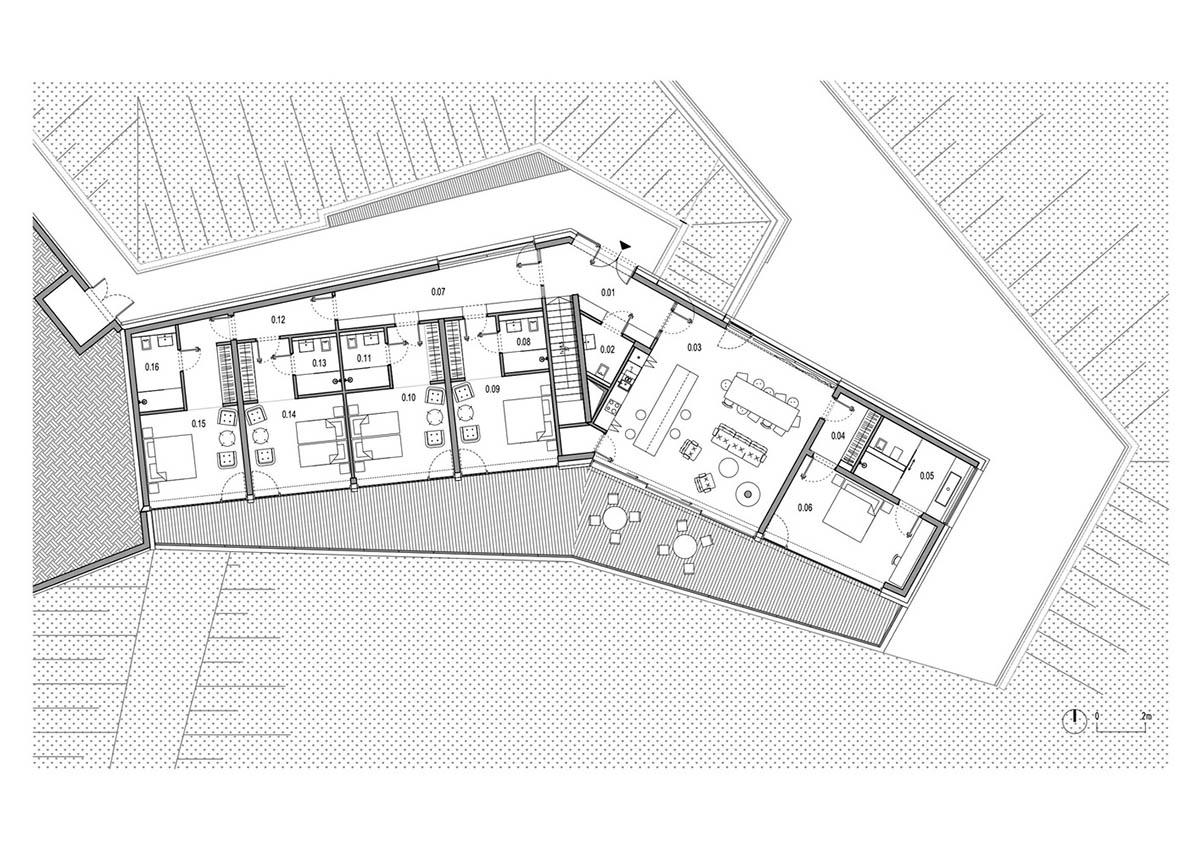 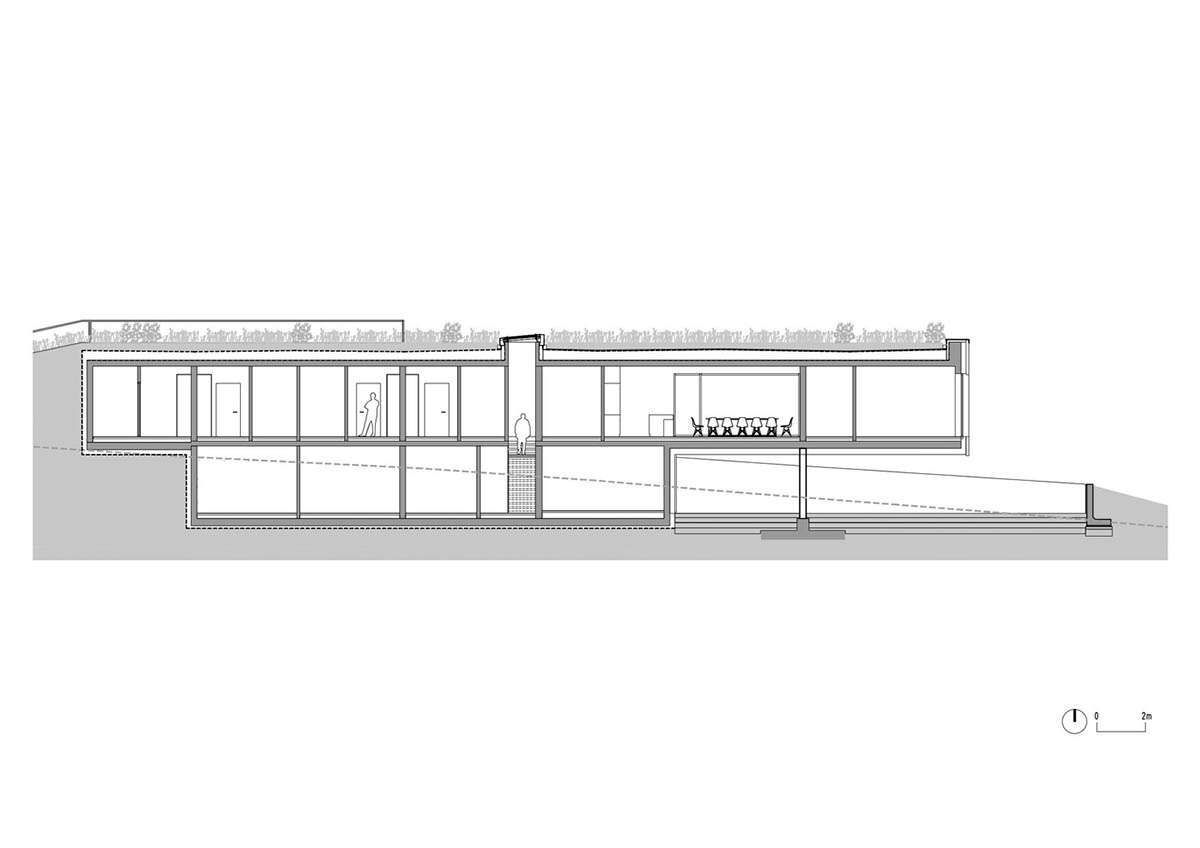