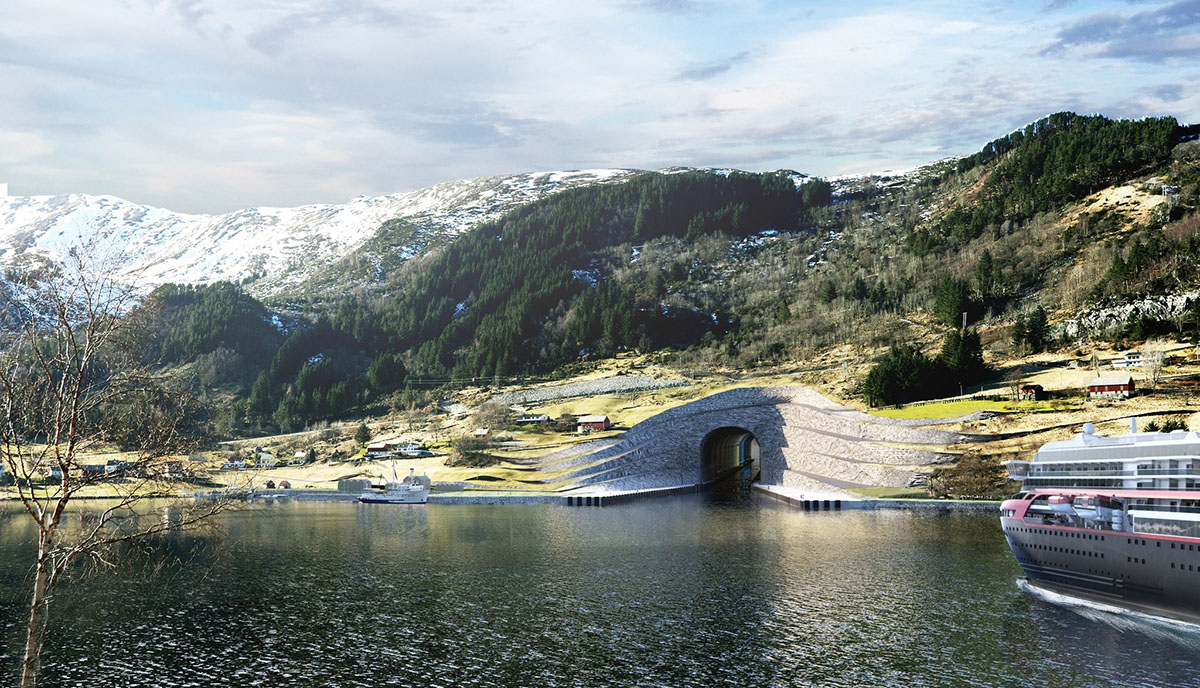 Snøhetta-designed the Stad Ship Tunnel has been given green light to start construction in Norway. Announced by The Norwegian Coastal Administration (NCA), the announcement said that the NCA has received the assignment letter from the Ministry of Transport and Communications and the construction work on the tunnel is set to begin in 2022.

Called Stad Ship Tunnel, the construction of the tunnel will improve navigability and ensure the safety of maritime transport around Stad.

Stretched along the Norwegian coast, the Stad Ship Tunnel will pass underneath the Kjødepollen and Moldefjorden bays, measuring 1,7 kilometers long and reaching at 37 meters tall, and having a width of 36 meters.

Described as "the world's first full-scale ship tunnel", the tunnel expected to be completed in 2025/2026, said Terje Andreassen, the temporary project manager for the Stad Ship Tunnel at the Norwegian Coastal Administration. 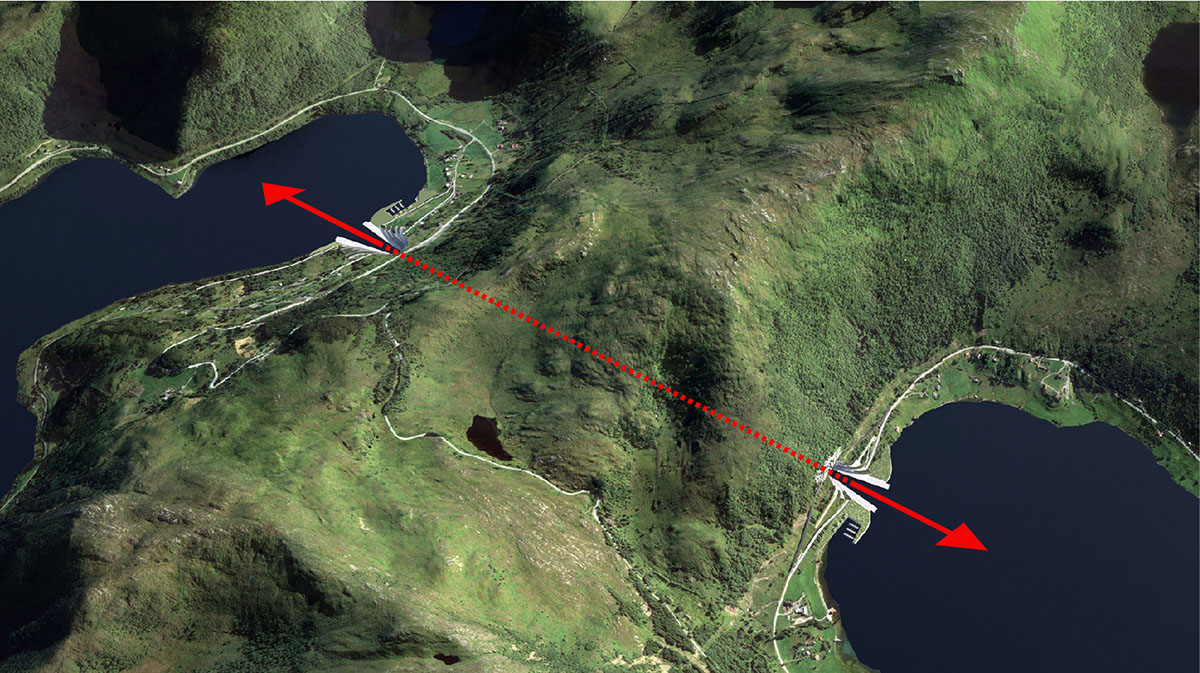 "There is much work to be done, but we have carried out extensive studies and planning that will form the basis for the work. The allocation letter requests that the property acquisition be completed, if possible, during 2021," Andreassen added.

Designed in 2016, Snøhetta's design scheme directly references to the site's climatic conditions and reflects these principles of the surrounding natural and cultural landscape onto the visual references of the project.

As Snøhetta emphasized in its website, "the cultural landscape of the area is dominated by characteristic stone walls, forming clear lines in the cultivated forest." 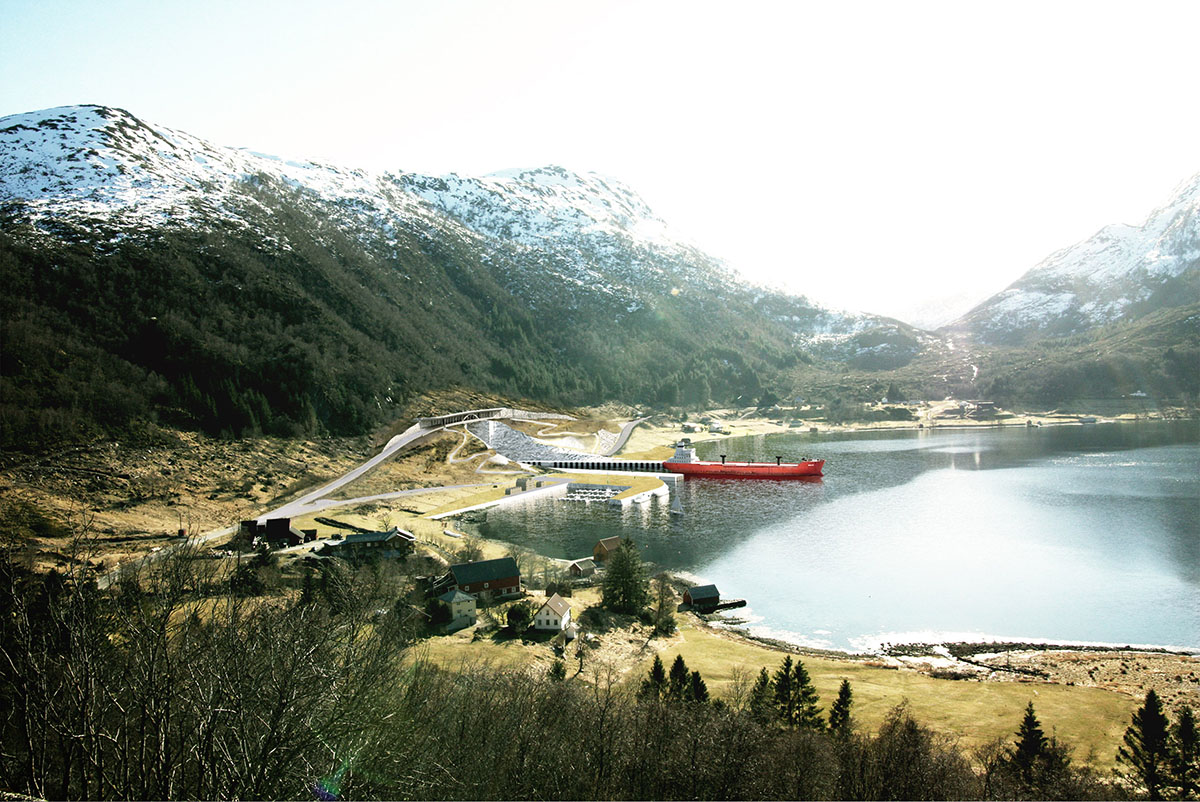 In this regard, the studio used "the stacked stone walls" forming soft horizontal lines on the façade of the tunnel, which provides a strong visual impression as they blend in as natural elements of the landscape.

Since its launch, the project has been supported by the Norwegian Coastal Administration (NCA) and budget from the state. The NCA stated that a 75 million NOK in start-up funds has been set-aside in the state budget for 2021.

The overall cost of the project is expected to reach NOK 2.8 billion (excluding VAT), with a construction period of three to four years. 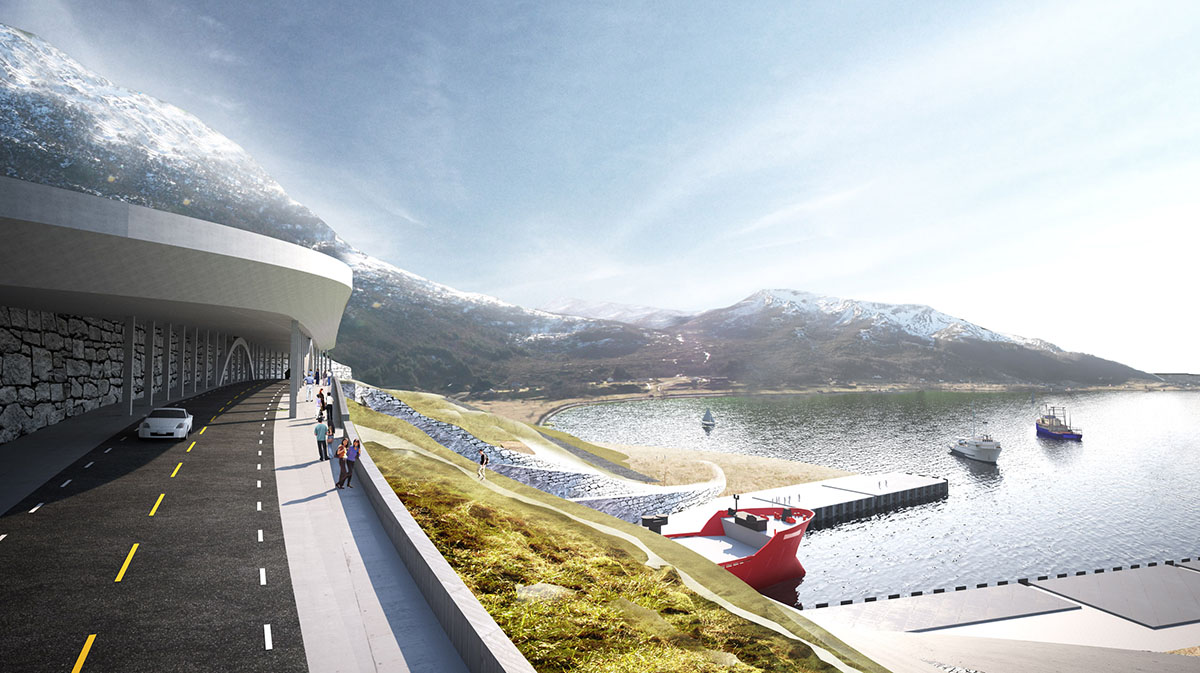 "These stone walls are brought into the design of the entrances, creating slightly sloping terraces. The terraces are built on stone carved out of the mountain where the tunnel is created," said Snøhetta.

"Using wire-cutting and blasting, the terraces will have a naturally rough form within the precise geometry of the horizontal lines. In addition to creating a link to the area’s cultural landscape, the geometry is also highly beneficial for the structural stability of the portal."

Snøhetta was founded by Kjetil Trædal Thorsen, Craig Edward Dykers in 1989 in Oslo. For more than 30 years, the studio operates internationally in different parts of the world.

All images courtesy of Snøhetta.