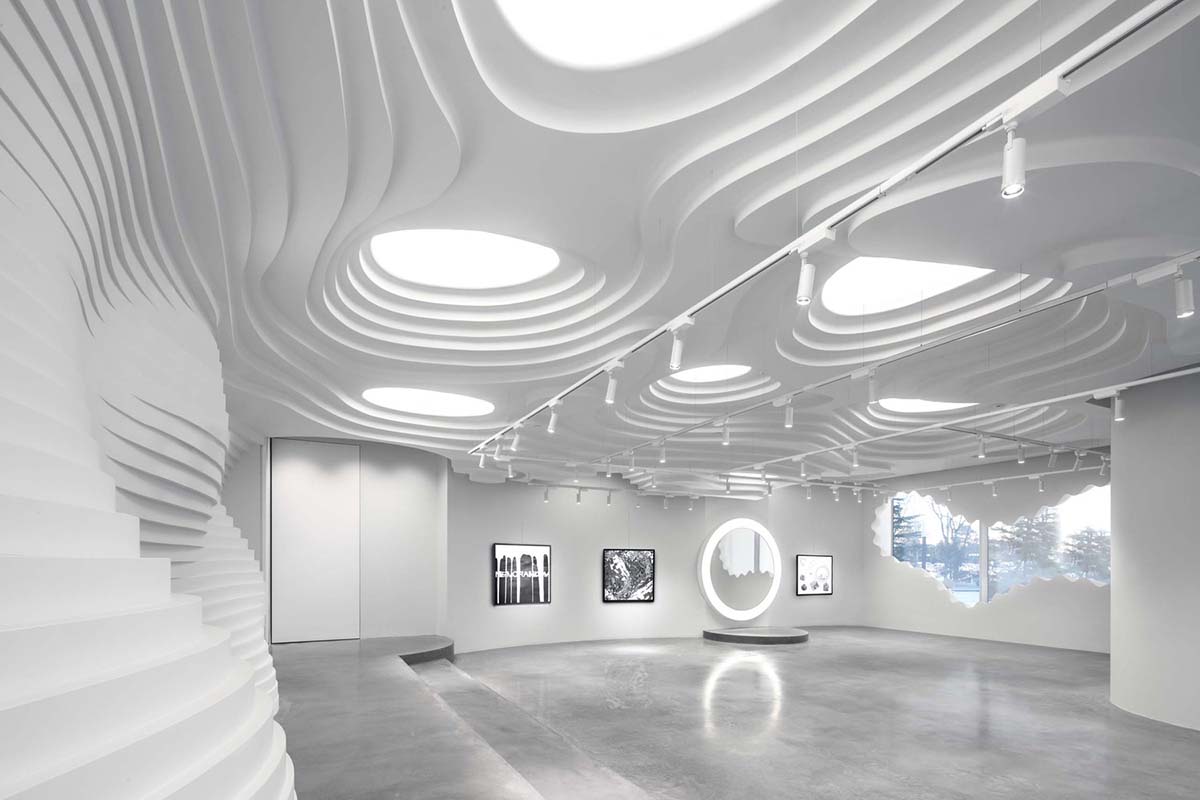 Named White Cave Gallery, the 236-square-metre space is located on the first floor of a building surrounded by skyscrapers in central Beijing. 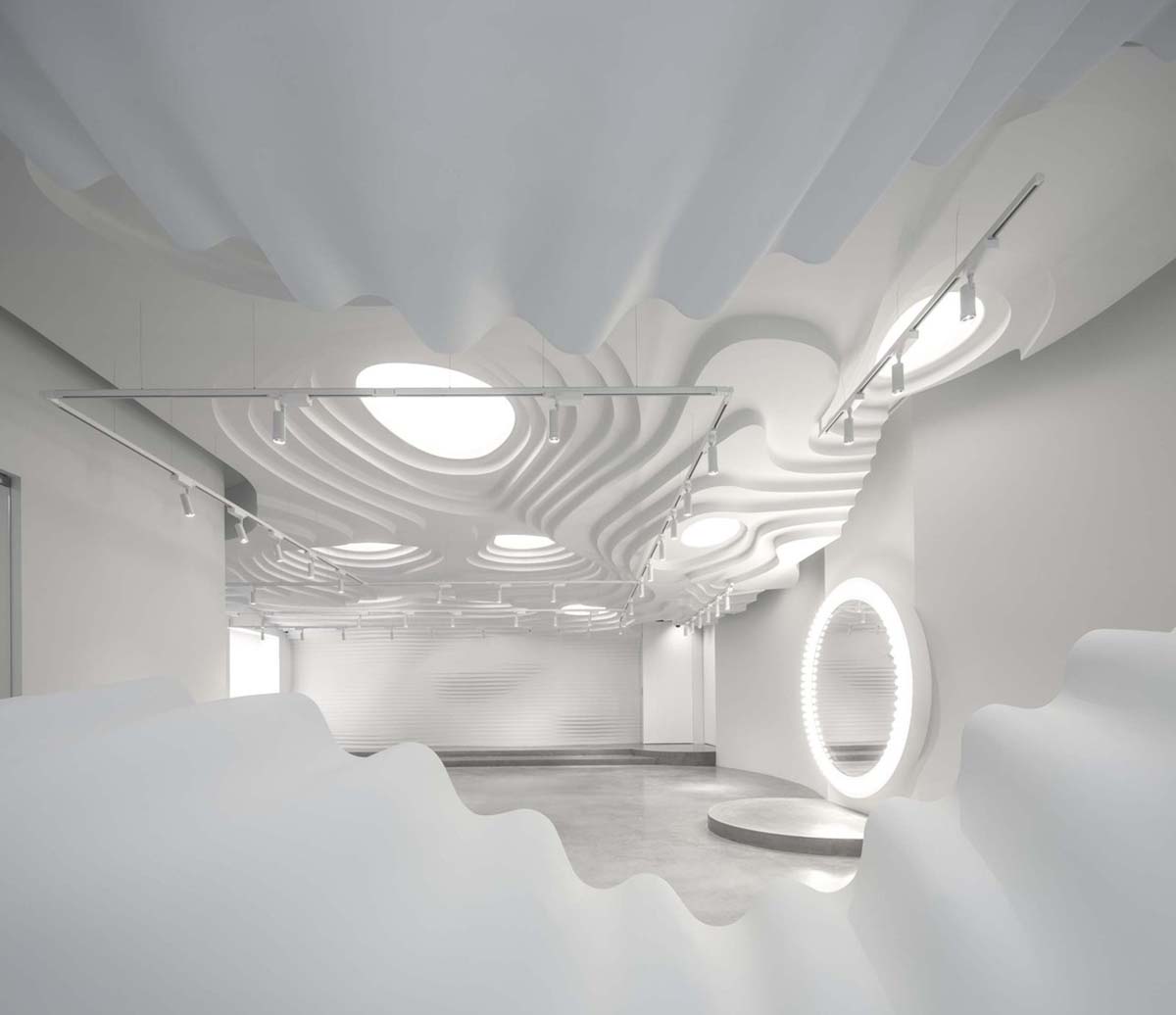 The studio designed interiors that feature wavy and layered surfaces that make visitors feel like they are walking in an immersive cloud.

The architects wanted to reflect the space like "a cavity in the city" to provide an unexpected escape that offers an inviting and intimate experience.

As the architects stated, "the shop not only sells clothes, but various designer pieces such as furniture and paintings; and has been conceived as a flexible design to accommodate its unique wares, while still being functional." 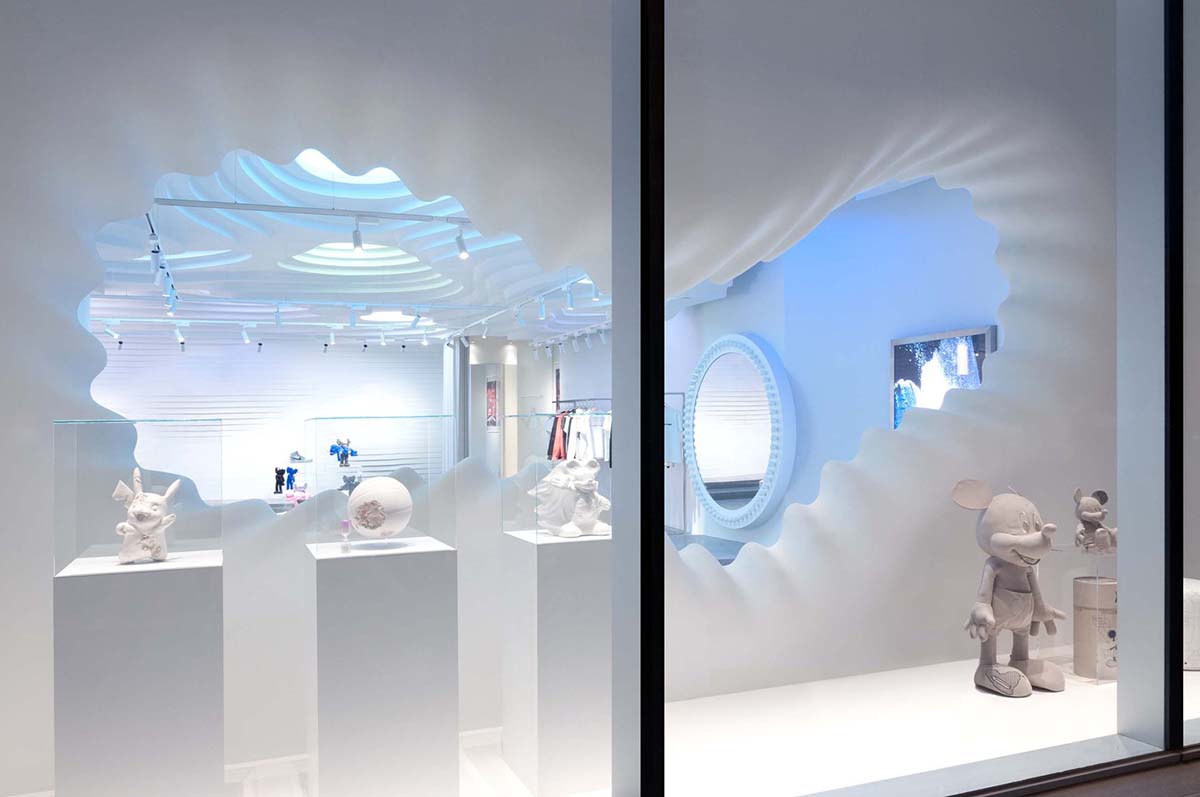 The space was conceived as an ample room for displaying products in a distinctive way, while a VIP room gives notable customers a futuristic space where they can shop in privacy.

The existing all-glass façade has been finessed with a voluminous 1.5 m deep display space that draws passers-by in. The space deeply contrasts the mega-scale urban space of vast roads and skyscrapers that surround it. 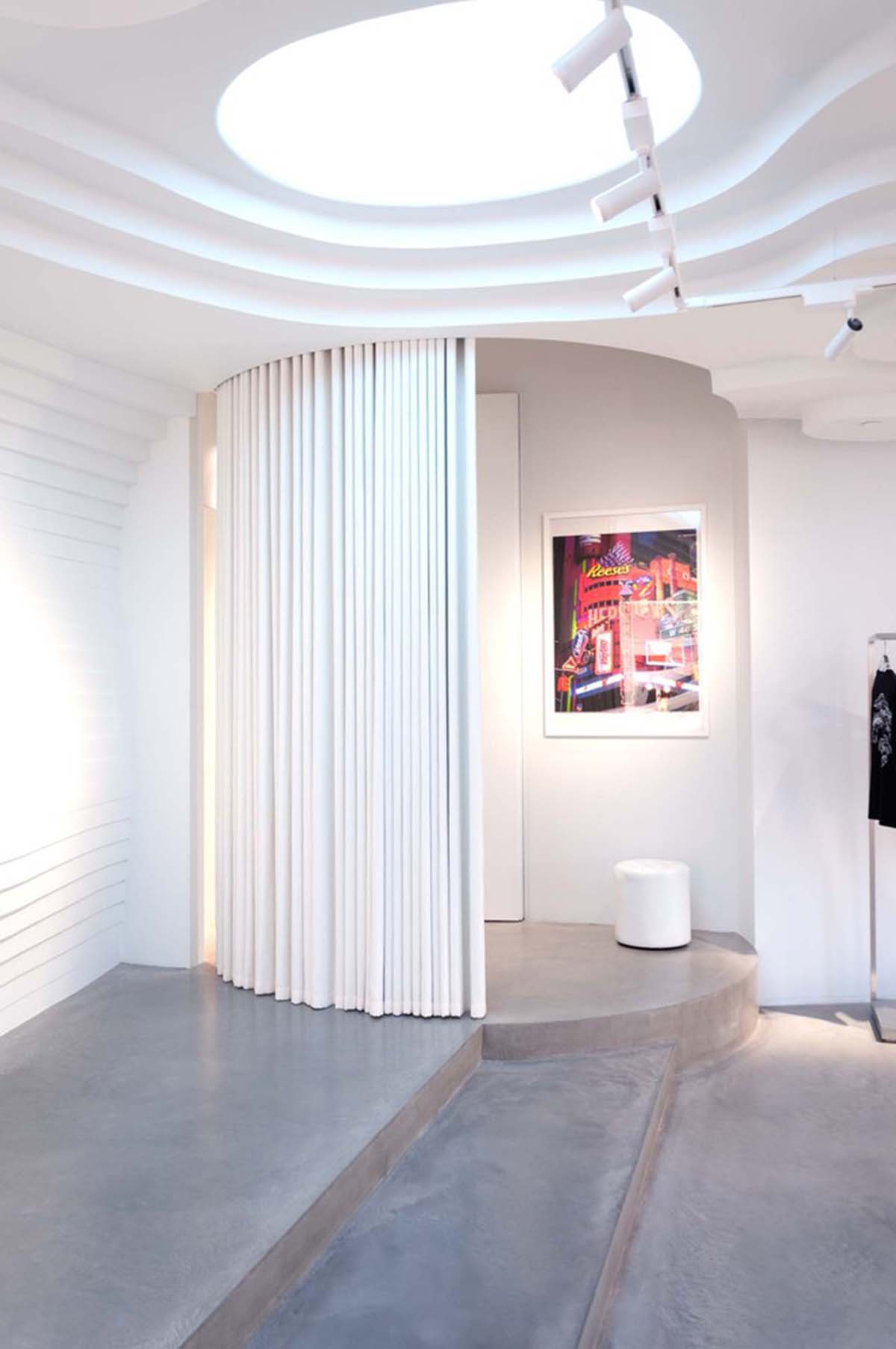 "Just as the first recordings of art started within a cave, the aim has been to design a space that encourages you to be creative and imagine alternate possibilities – not just a simple box, but a place where space and body interact with each other in curiosity," added the studio.

The shop features a display space running along the façade. The right of the entrance is characterised by a large cavernous opening that draws one’s eye toward the back of the store, offering a glimpse into the interior. At the left of the entrance, the exterior wall is outfitted with instant dimming glass to maintain privacy when needed. 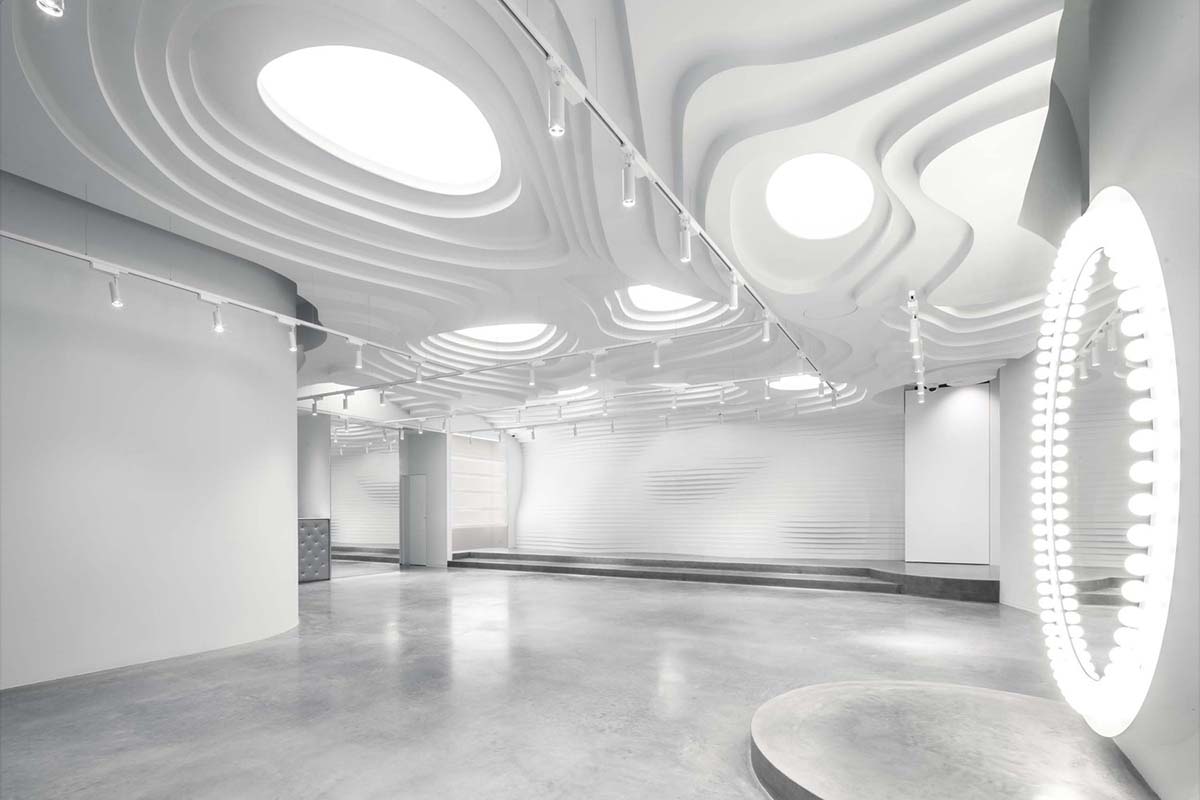 In the main space, the interior space is designed as a canvas of white walls and concrete floors, with a ceiling that animates the space.

"In order to secure as much of the spatial height as possible, the ceiling’s surface swells like waves, creating high and low areas that organically, and intuitively, conceal piping, such as existing ducts," added the studio.

"Lighting is placed within the highest points of the ceiling, creating the appearance of lightwells, as if natural light is pouring into the ‘cave." 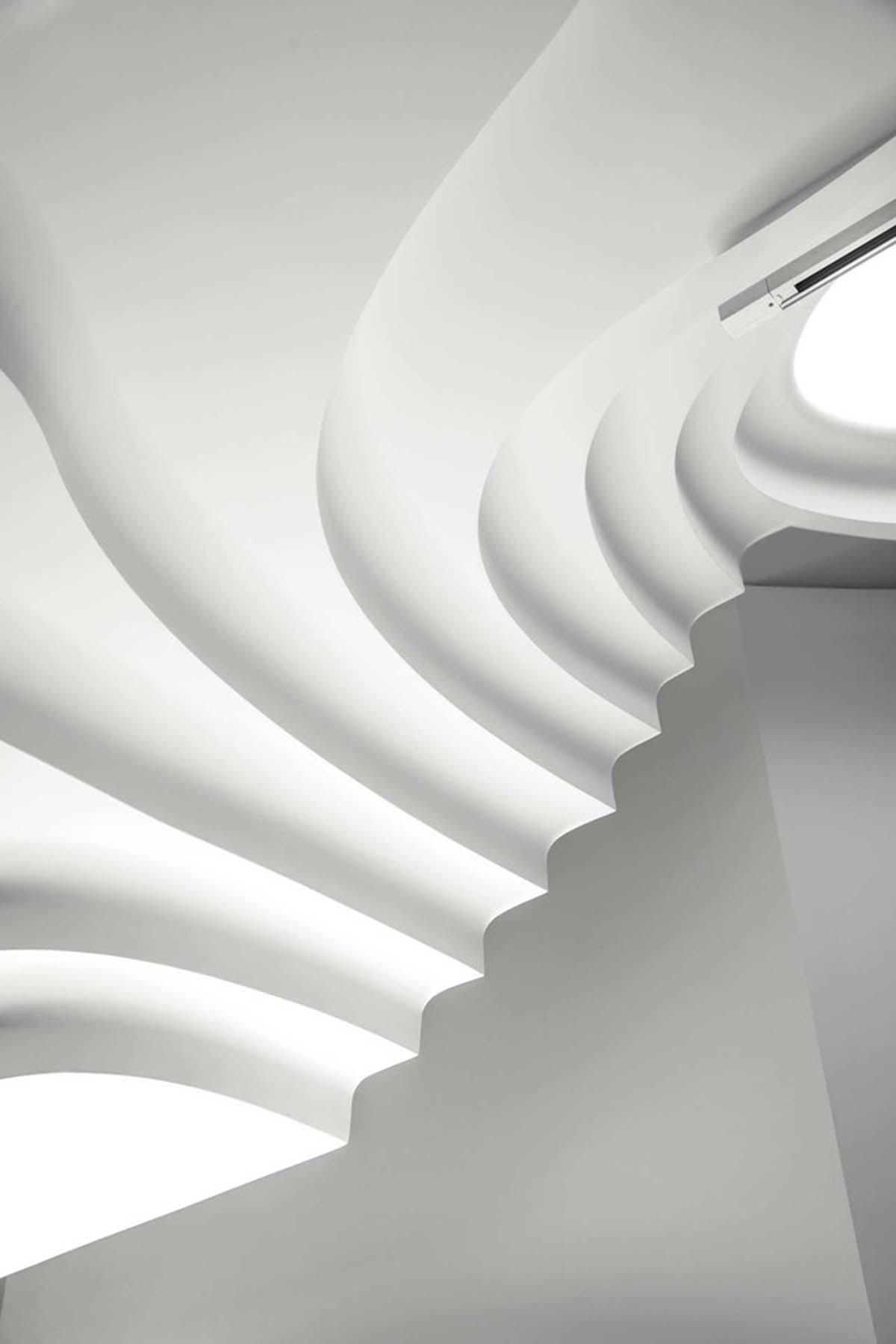 The VIP room is also another key element in design, which is located behind the display space along the façade. The architects used an instant dimming glass along with the exterior glazing so that it becomes frosted, offering a private room for use by VIP customers.

"When privacy isn’t necessary, it can serve as a large display space that can be seen from the outside," continued the office. 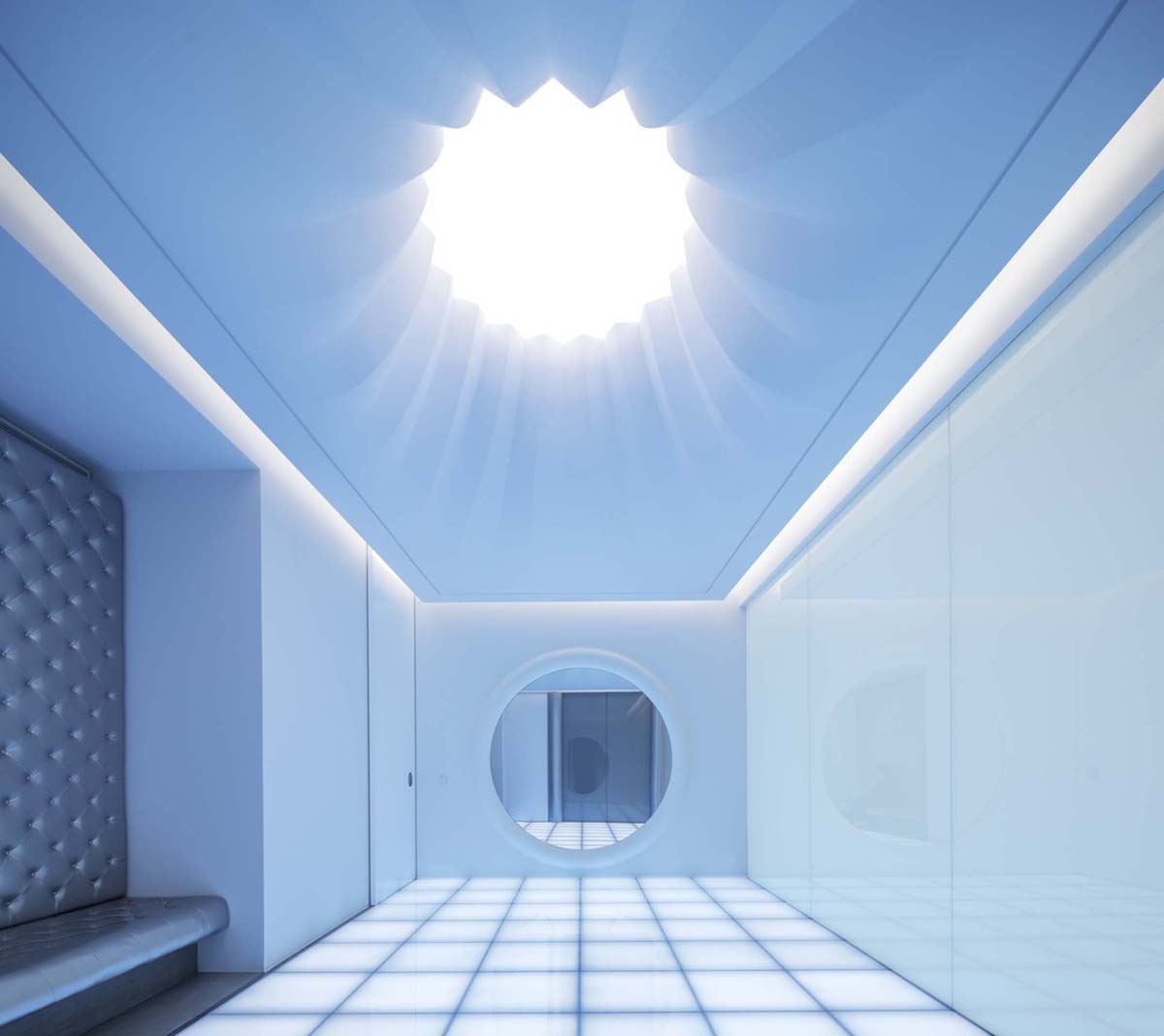 The room is furnished with silver tufted sofas, accompanied by illuminated glass floors and a tented ceiling, forming an interior that is at once classical, yet futuristic. 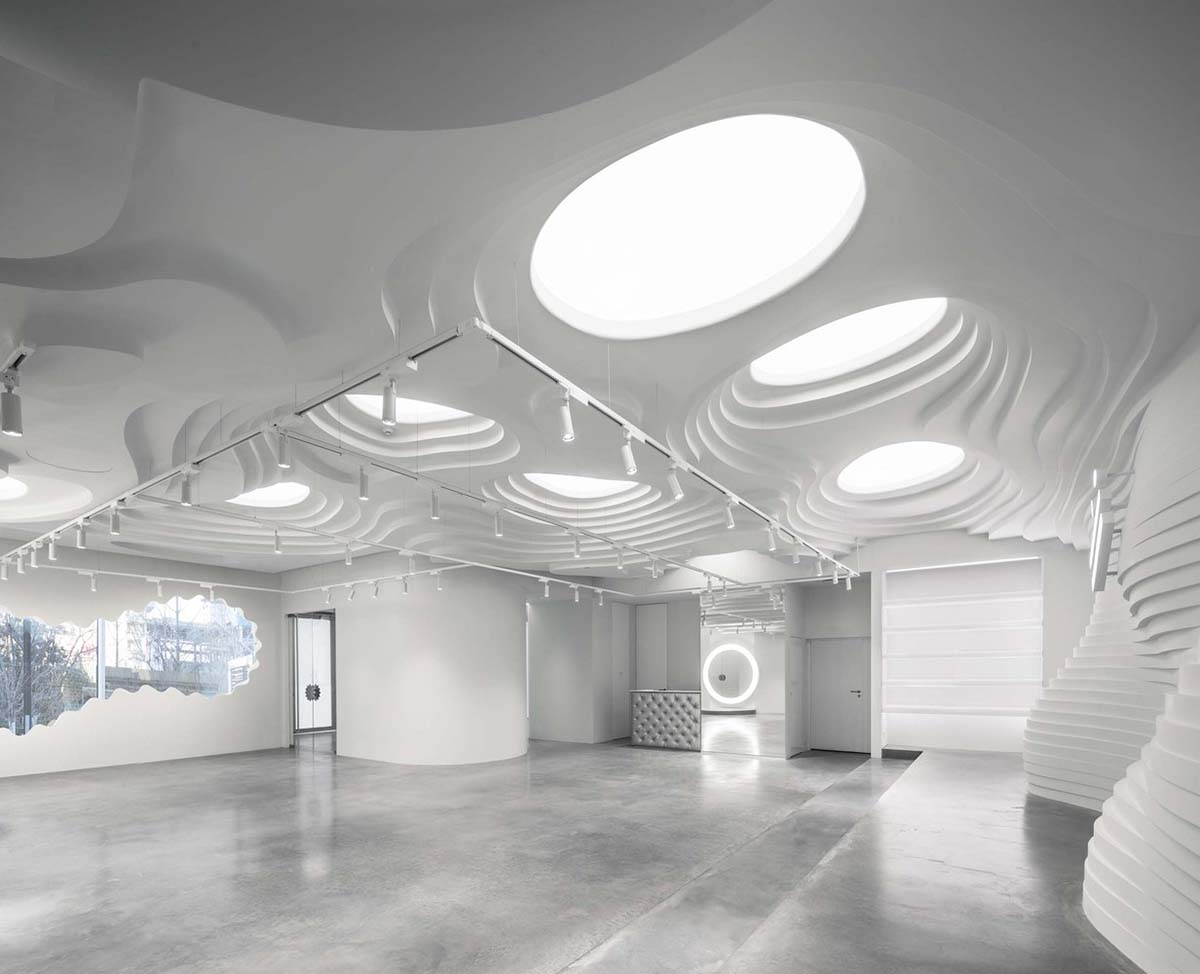 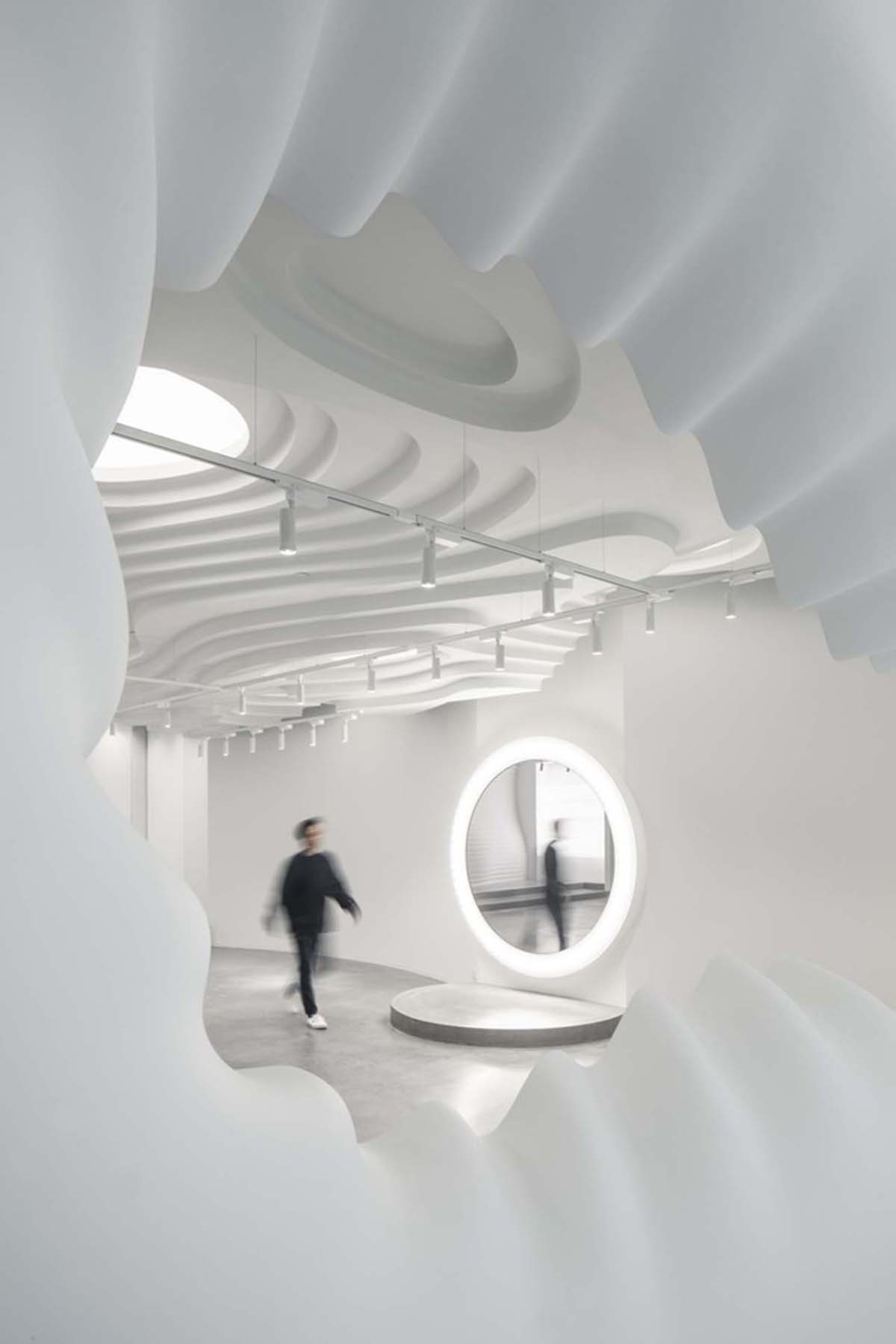 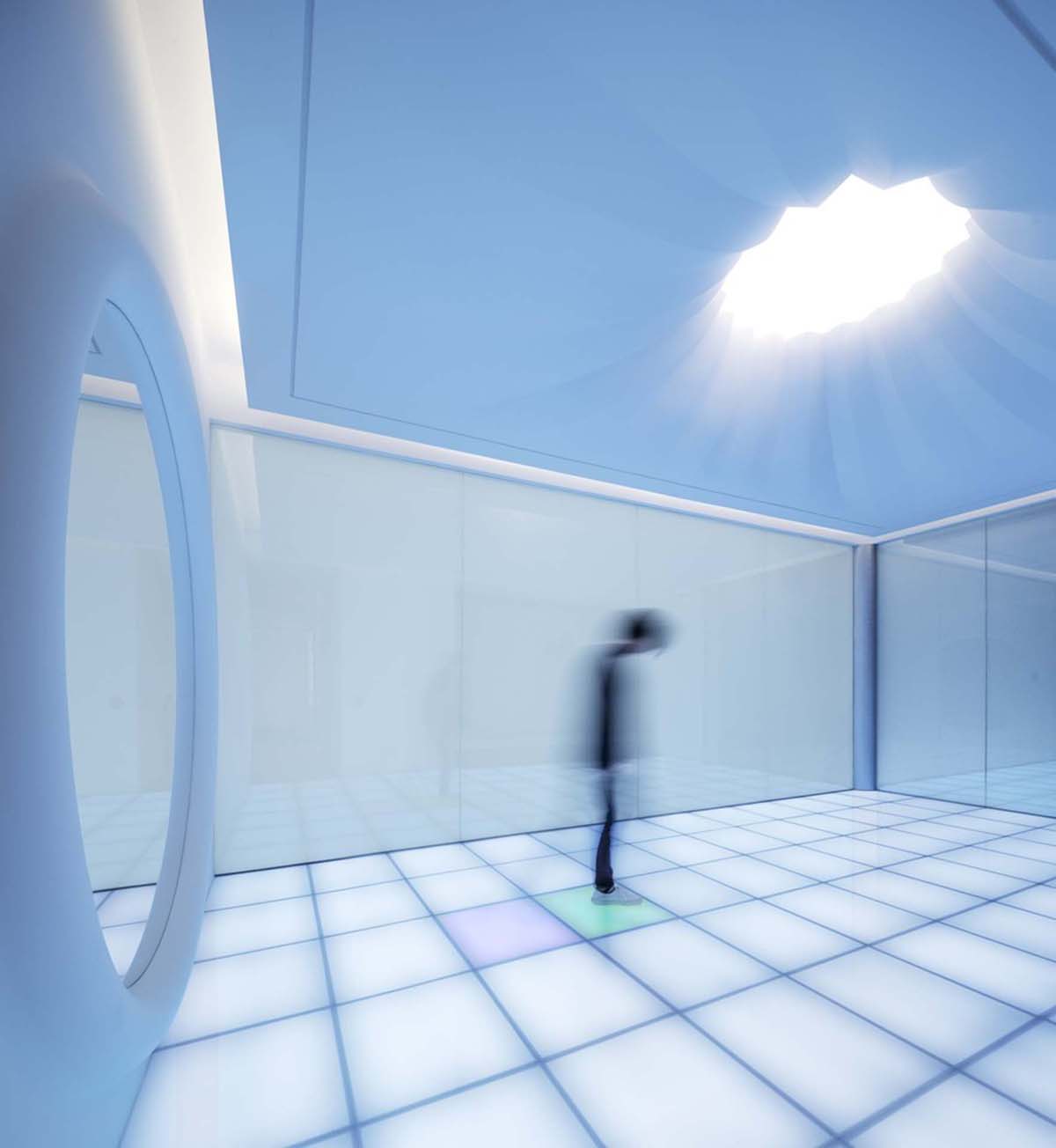 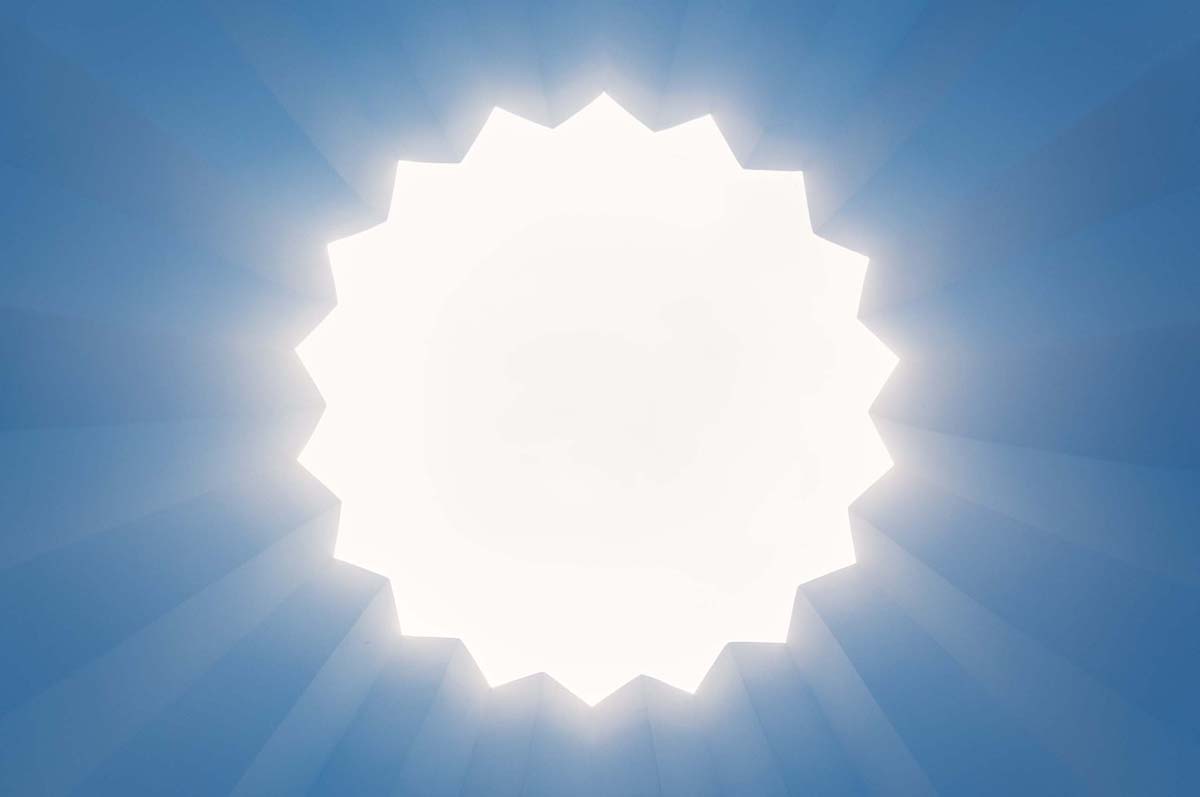 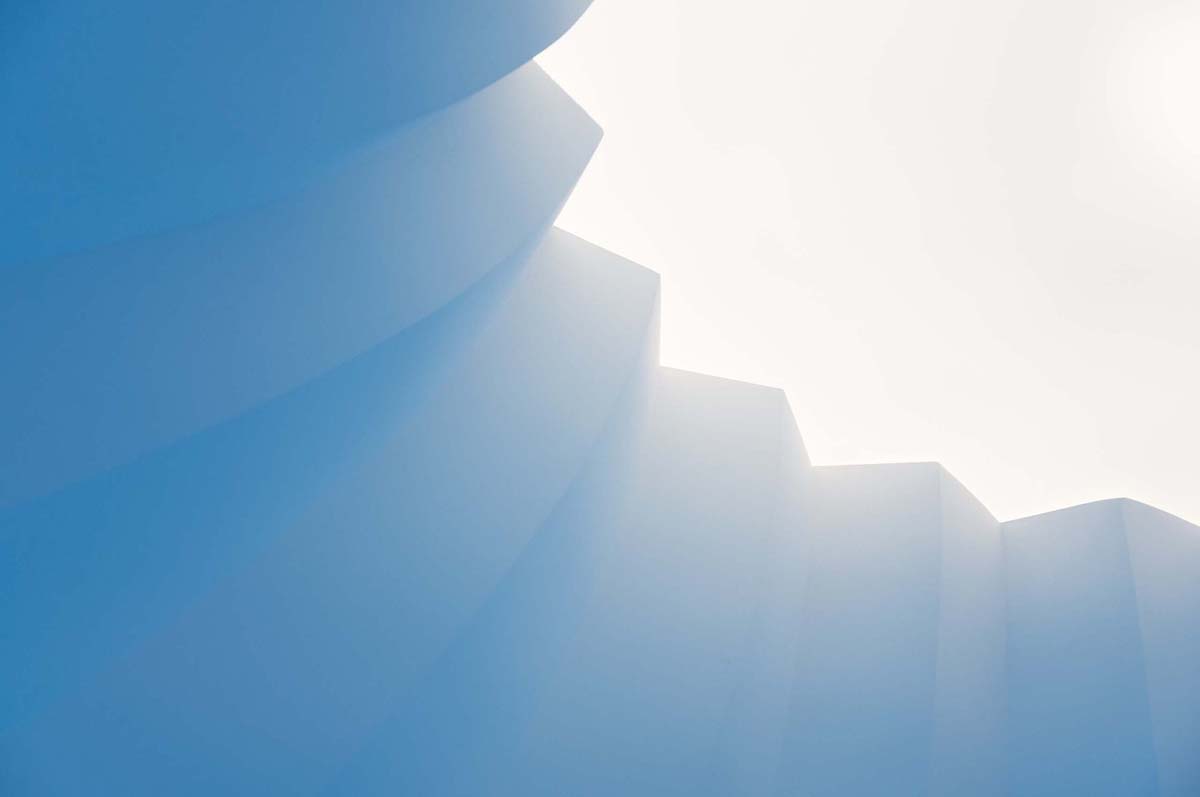 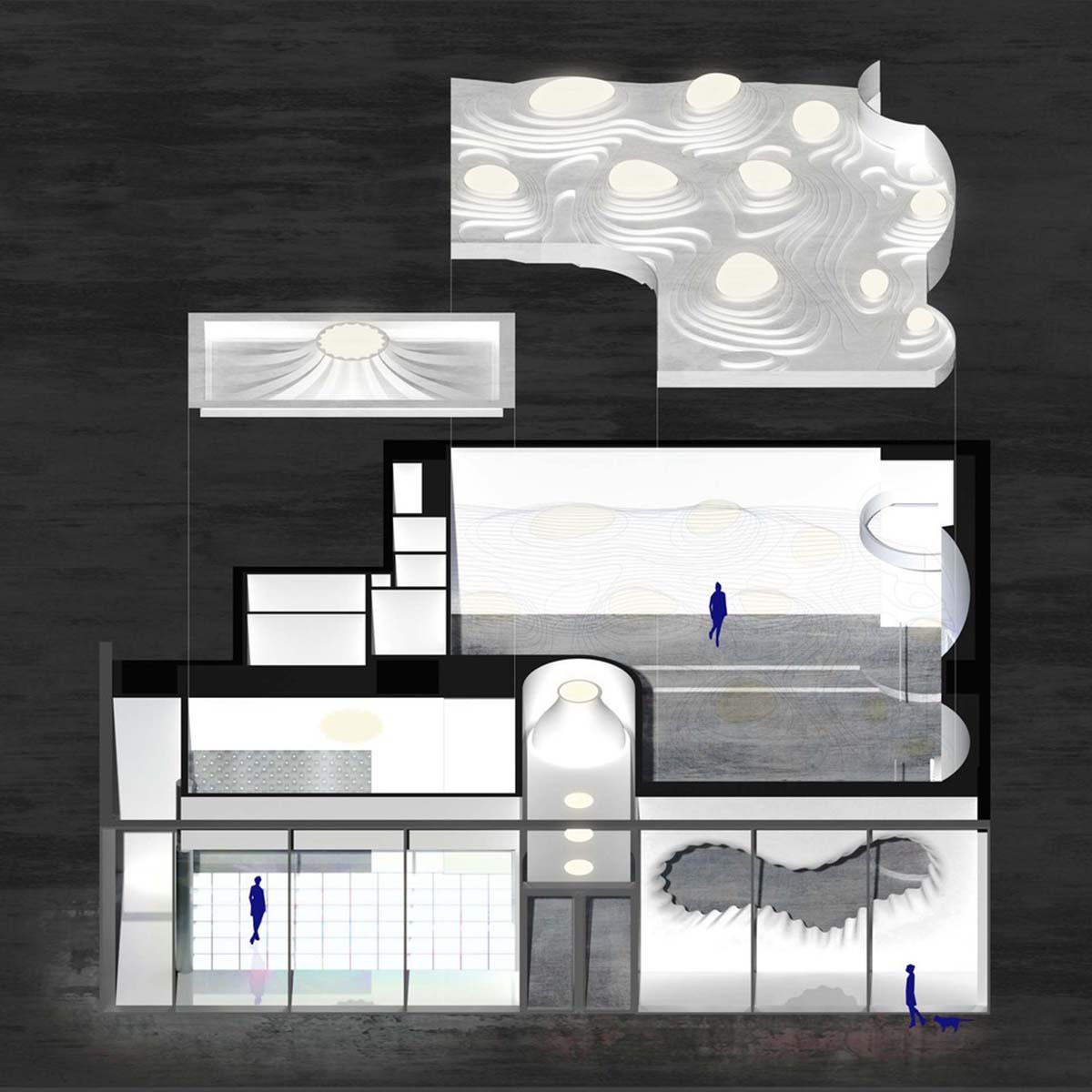 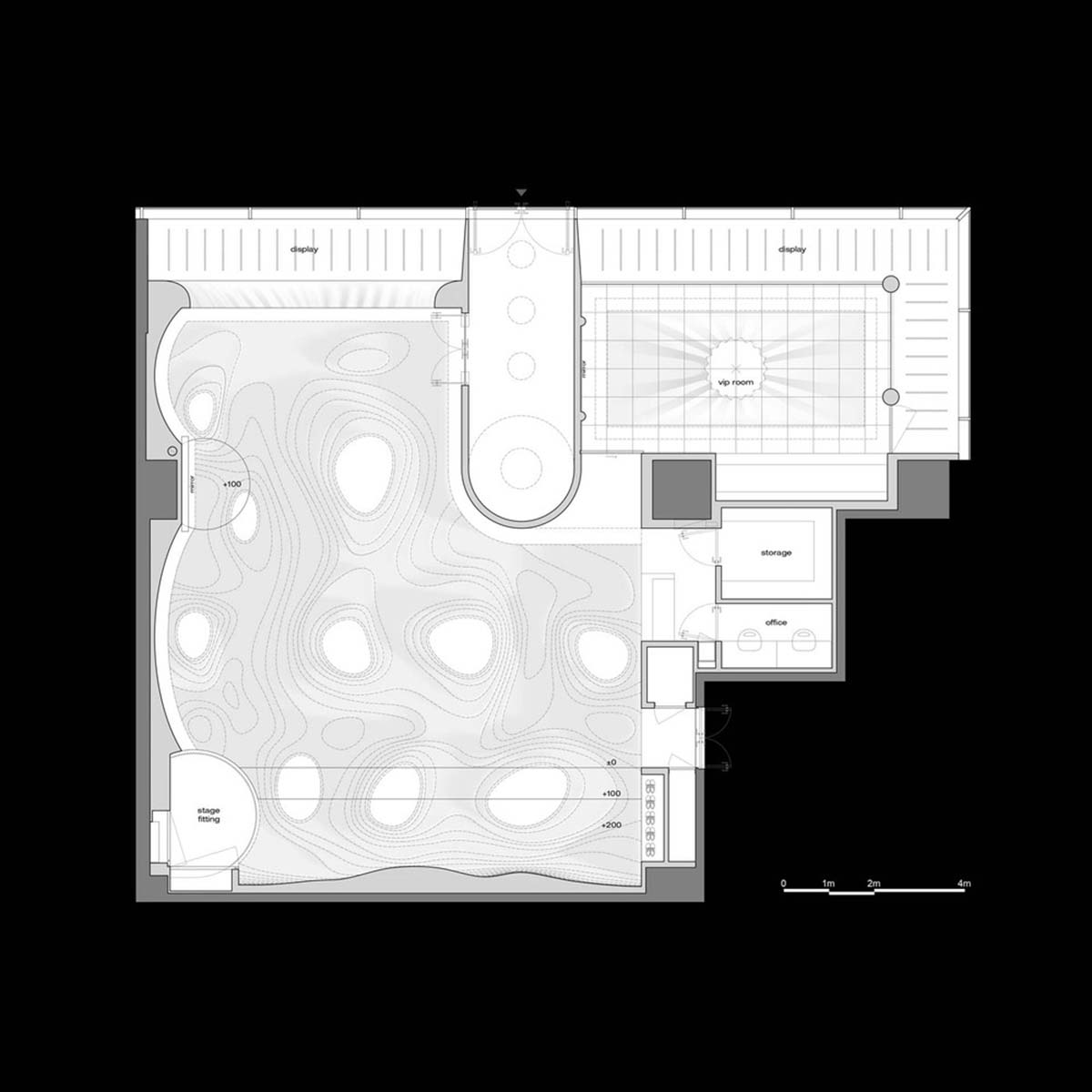 123 architects previously converted a former industrial building into a photography studio in Qikeshu in northeast Beijing.