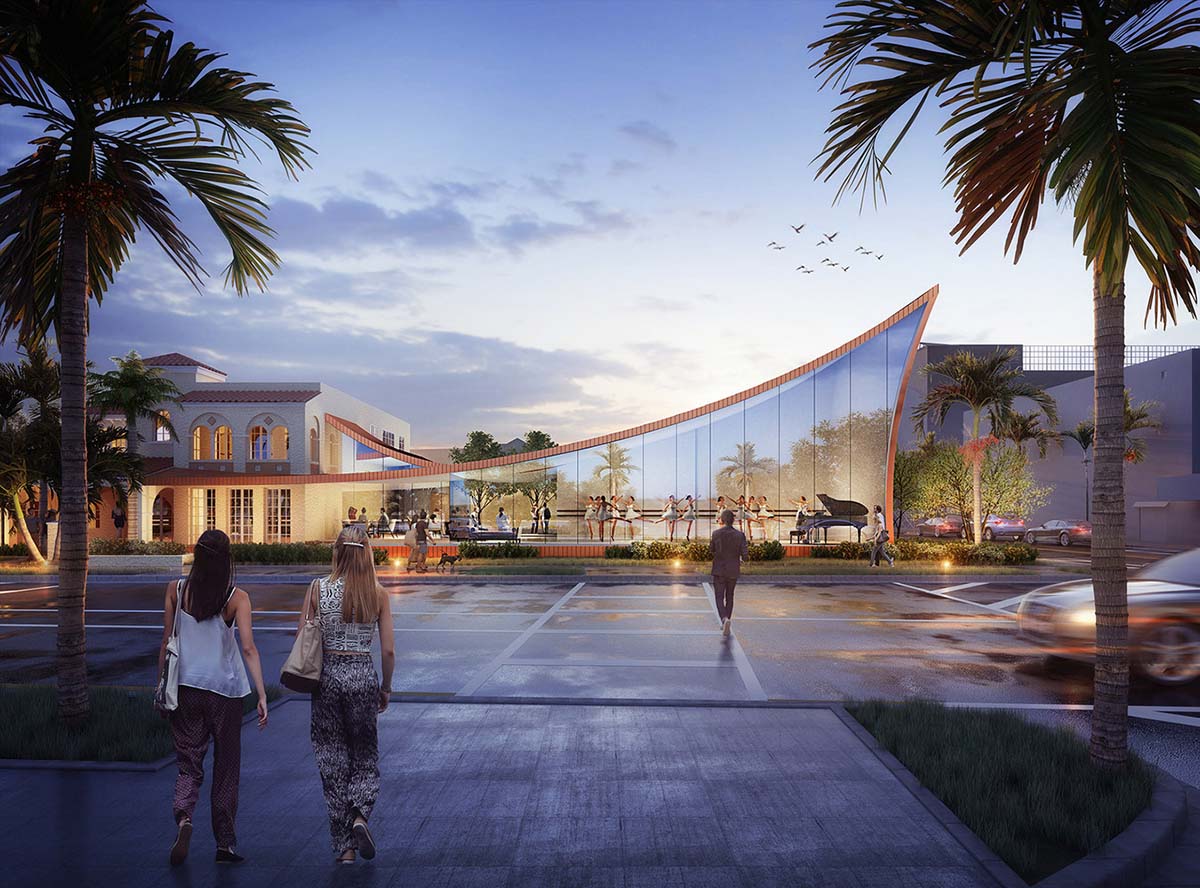 California and Florida-based architecture studio Brooks + Scarpa has revealed visuals for a new arts and culture center in Hollywood, Florida.

Developed in partnership with the City of Hollywood, the project is currently in the development stage for the construction. The new arts and culture center will be built next to the Kagey Home facility at 1650 Harrison Street in downtown Hollywood.

Brooks + Scarpa used a sweeping and distinctive orange-colored roof for the arts education building that will connect to the west side of the Kagey Home. 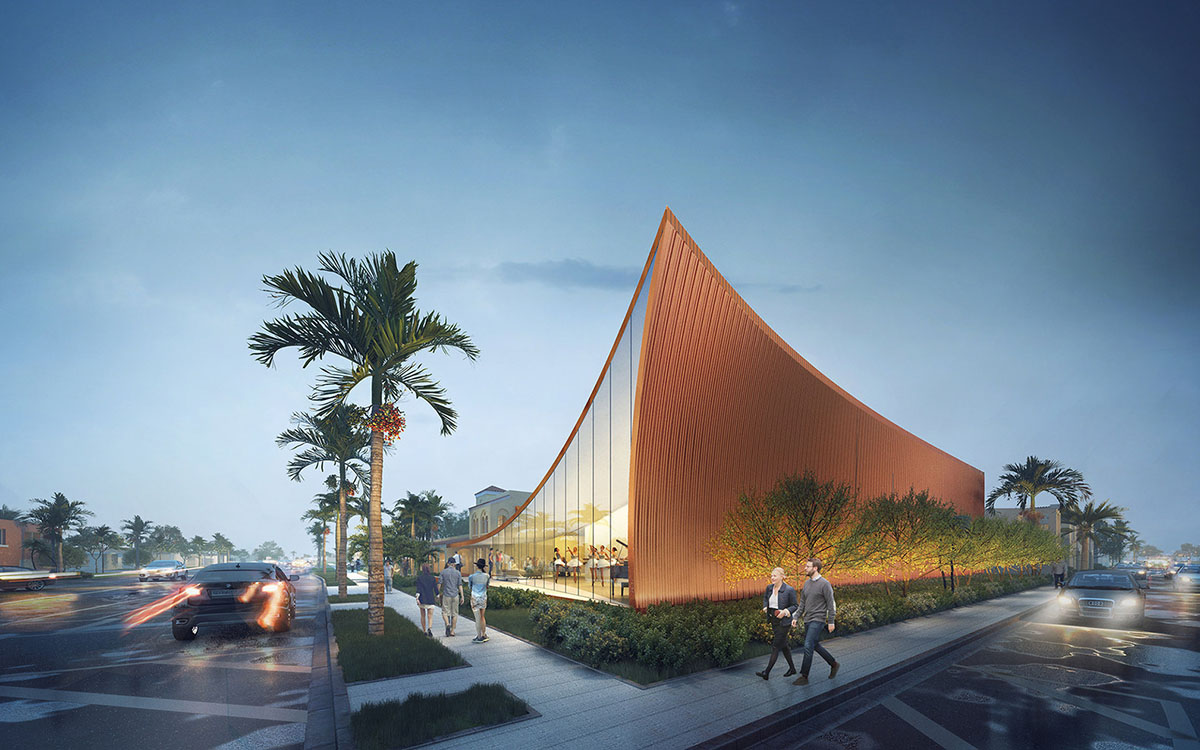 The new building is aimed to "create a modern link to the two-story, circa-1924 Spanish Mediterranean facade of the Center’s contemporary galleries and administrative offices."

The project is funded in part through the General Obligation Bond approved by Hollywood voters in 2019. The 5,400-square-foot (502-square-metre) education space will house classrooms for dance, music, visual arts and new media, as well as an outdoor courtyard. 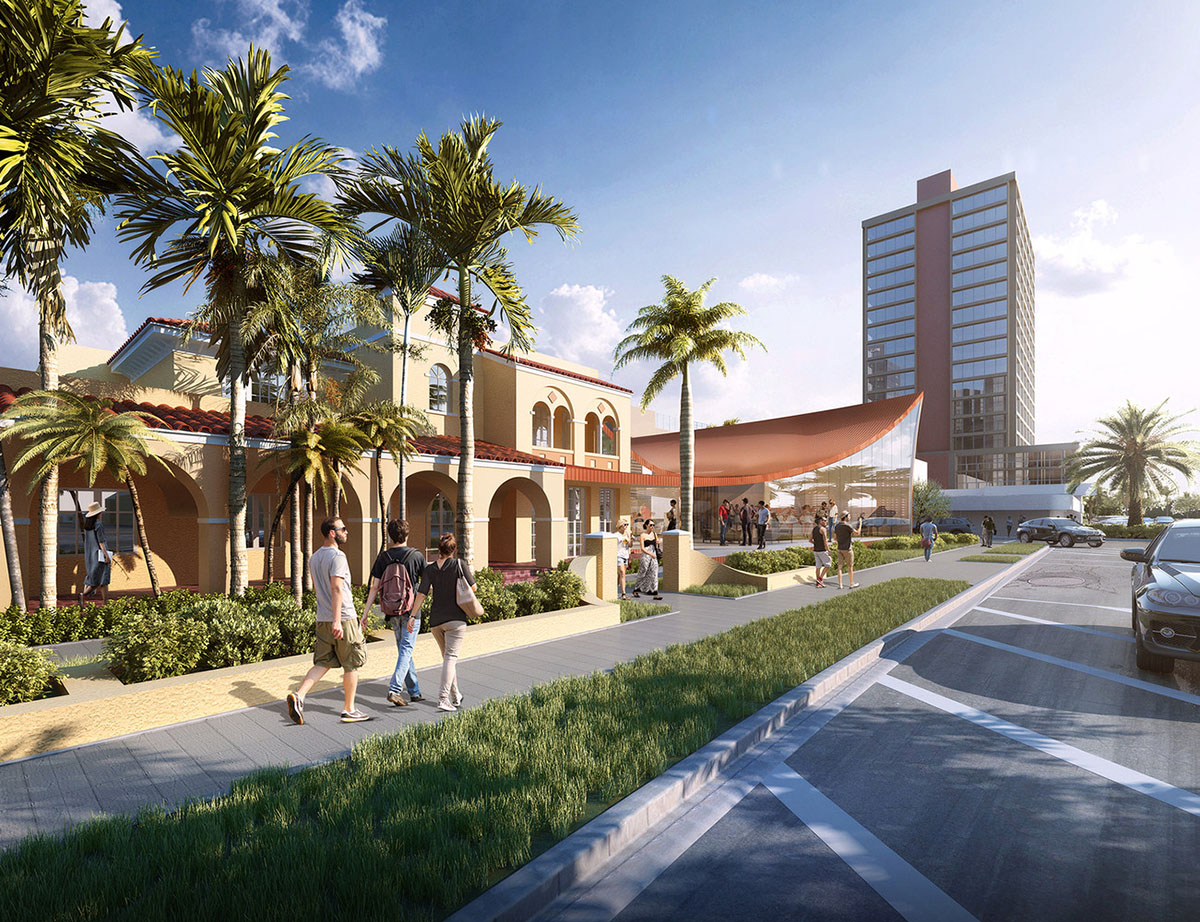 "More than just a building, it should be a civic place for social interaction, bringing people closer to art and each other, providing opportunities for new, immersive art experiences," said Brooks + Scarpa in a project description. 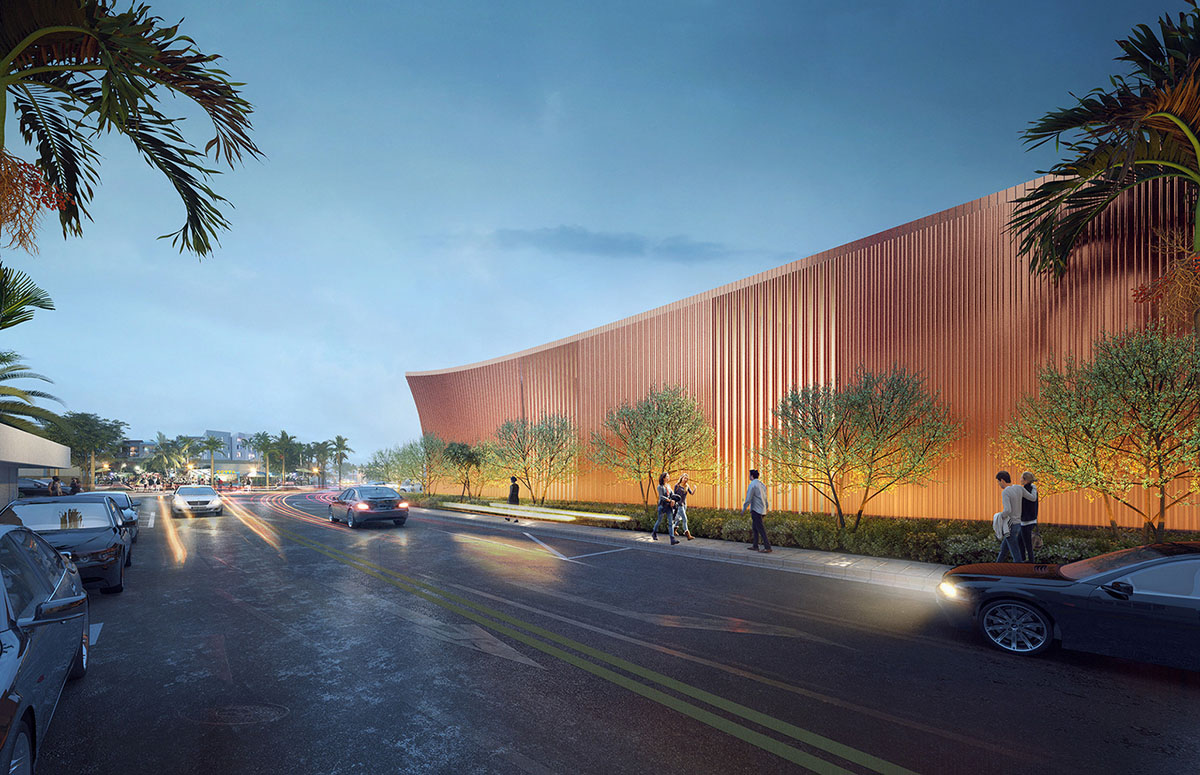 As Brooks + Scarpa noted, this is the first project in the city’s plan to modernize and increase capacity for arts programming at the 1.2-acre Art and Culture Center/Hollywood site. 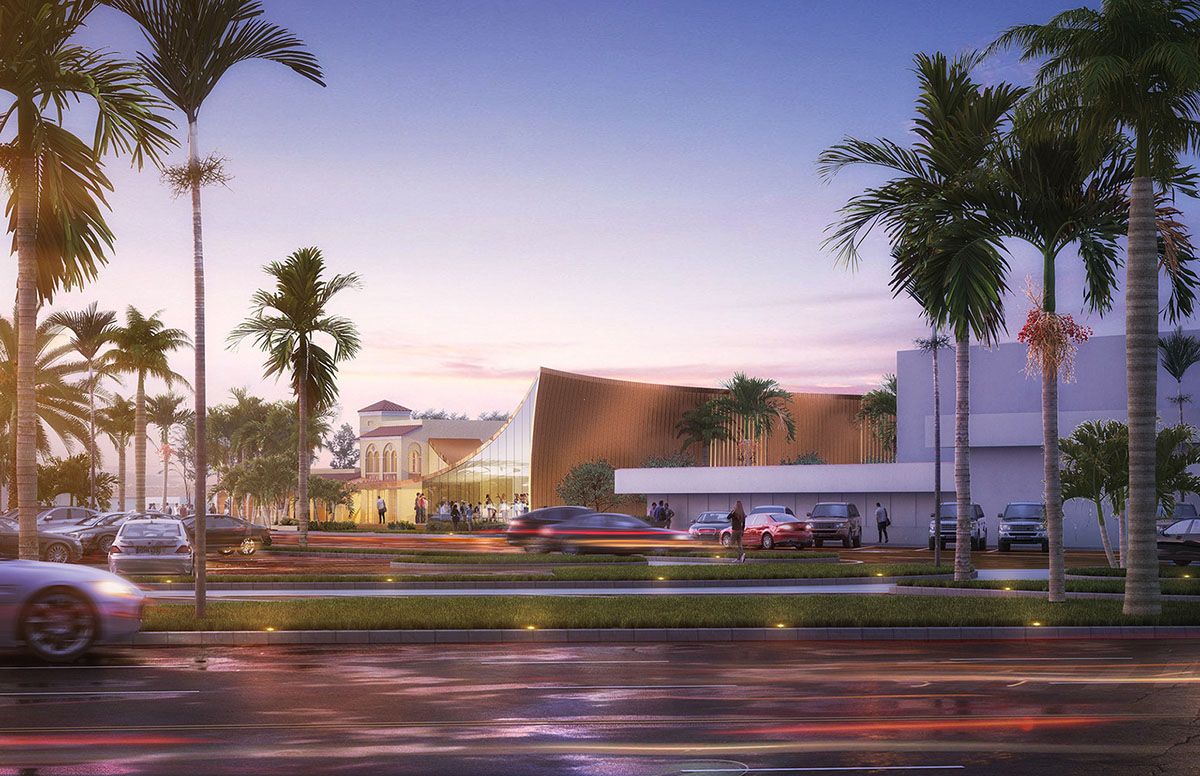 Future expansion on the east side of the Kagey Home will include construction of a new performing arts studio and the renovation of current gallery spaces. 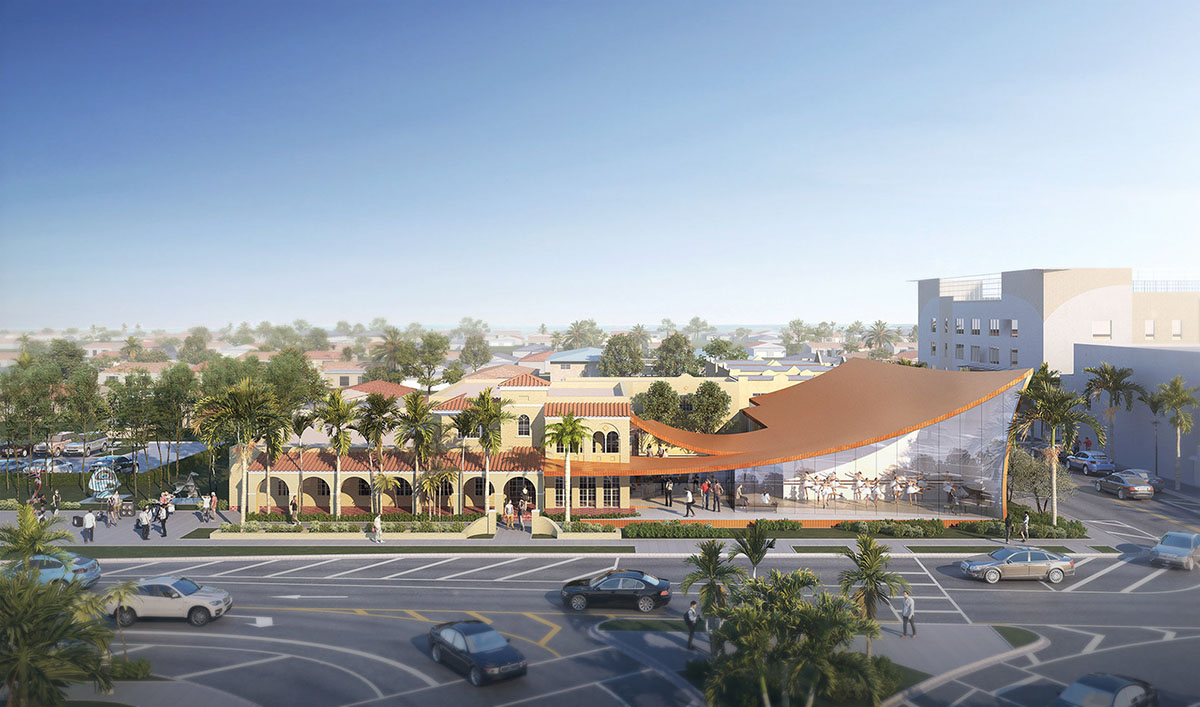 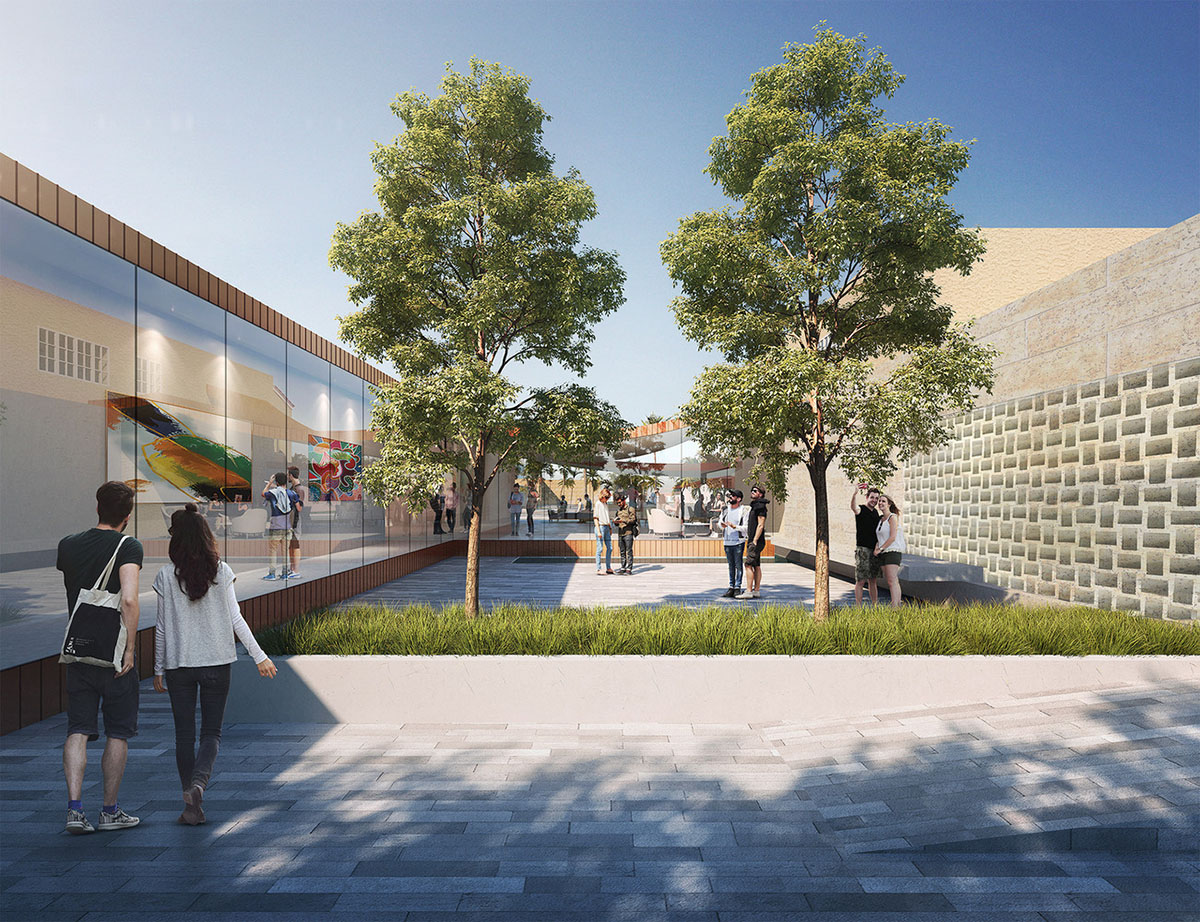 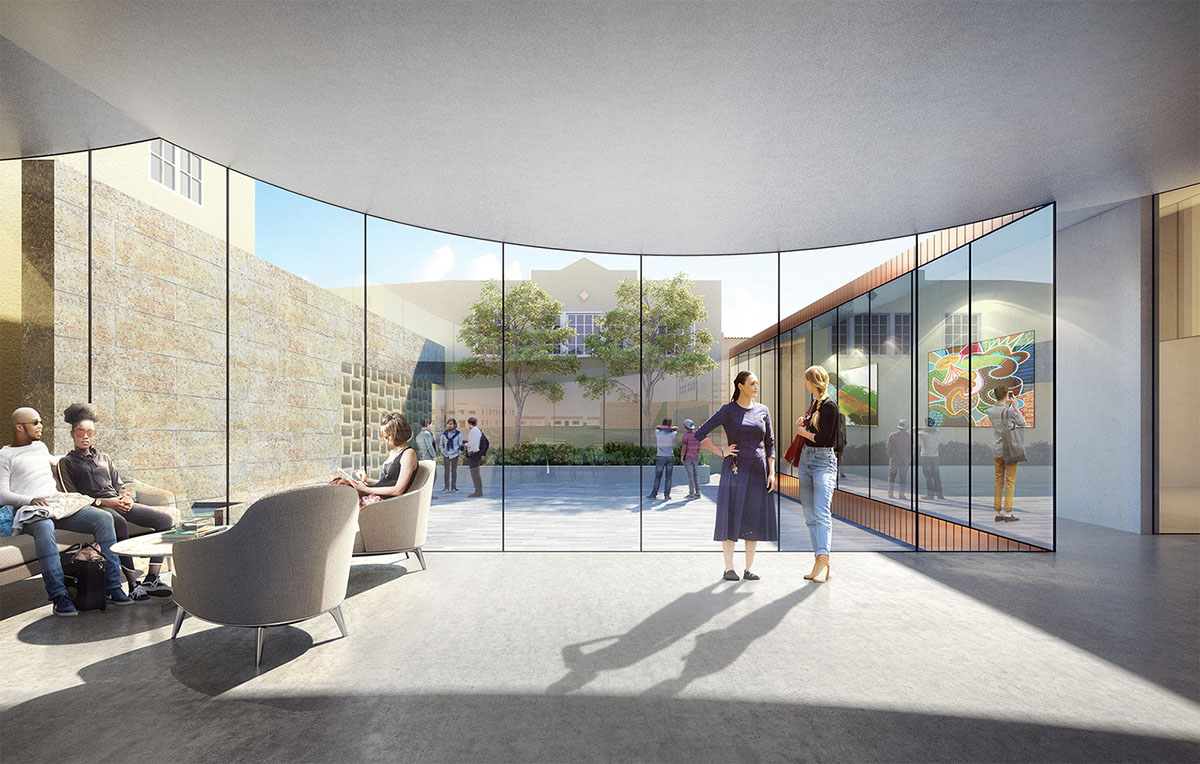 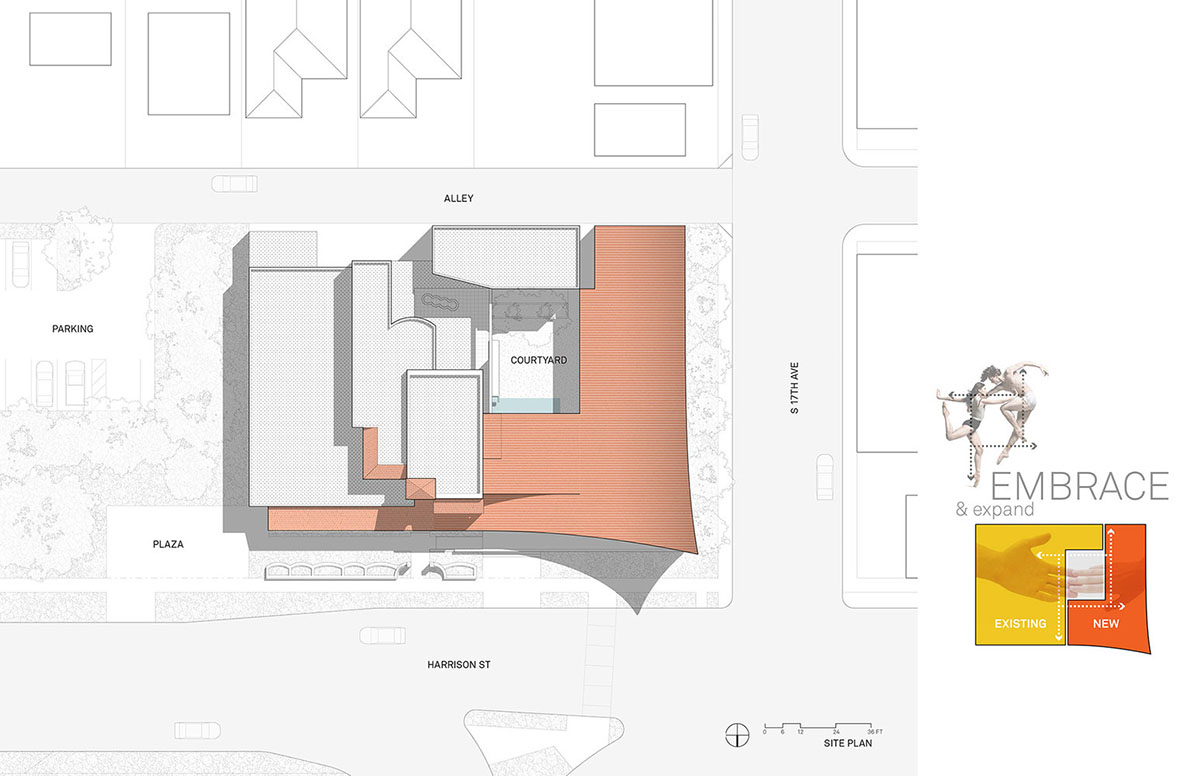 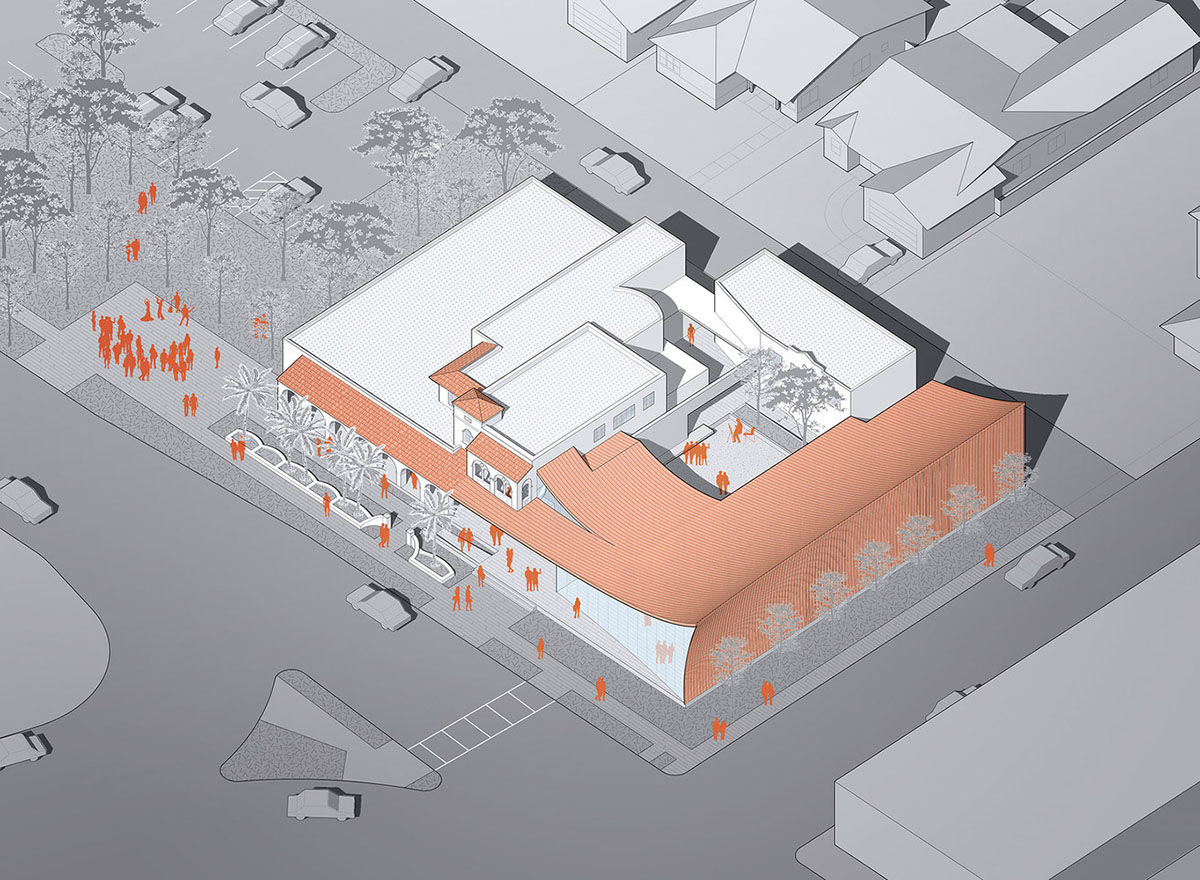 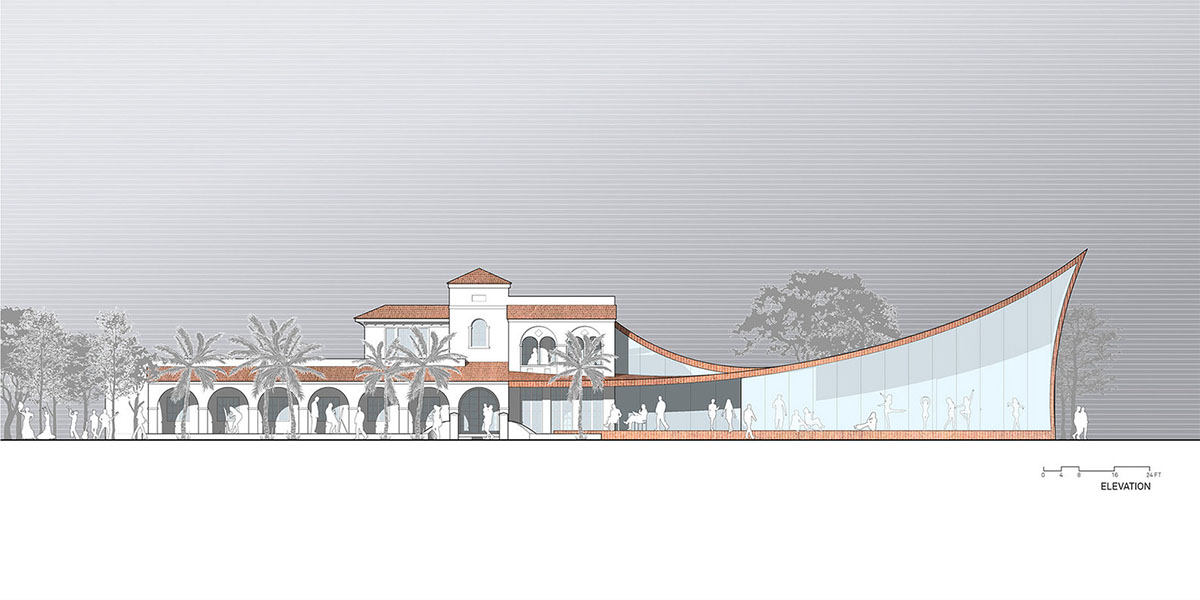 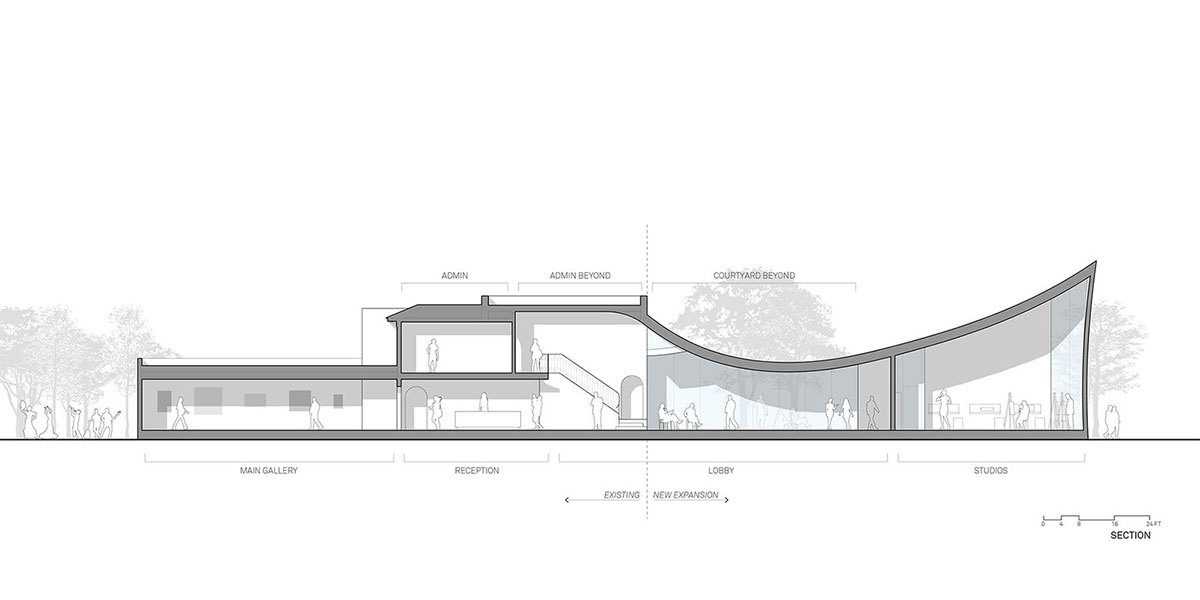 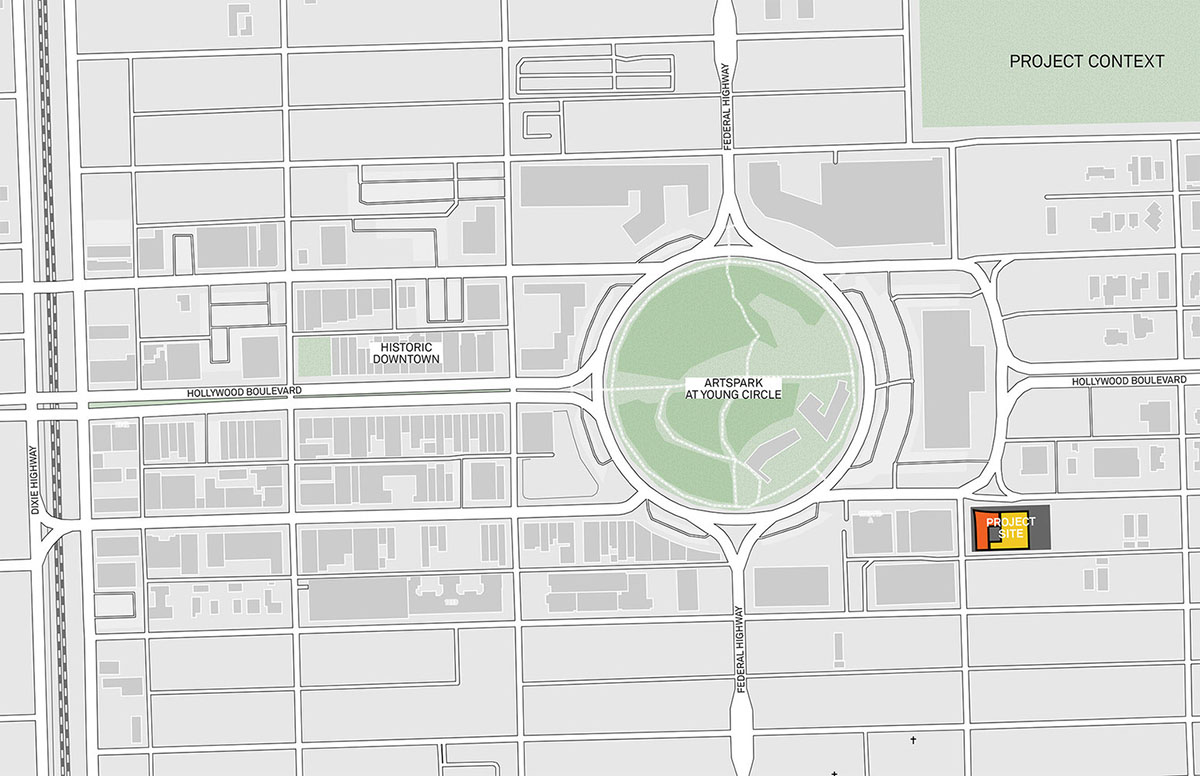 Brooks + Scarpa is a collective of architects, designers and creative thinkers dedicated to enhancing the human experience. Founded in 1991 as Pugh + Scarpa, the firm rebranded its name in 2010 to reflect the current leadership under Angela Brooks and Lawrence Scarpa, and Jeffrey Huber.

Brooks + Scarpa has offices in California and Florida.

All images courtesy of Brooks + Scarpa.