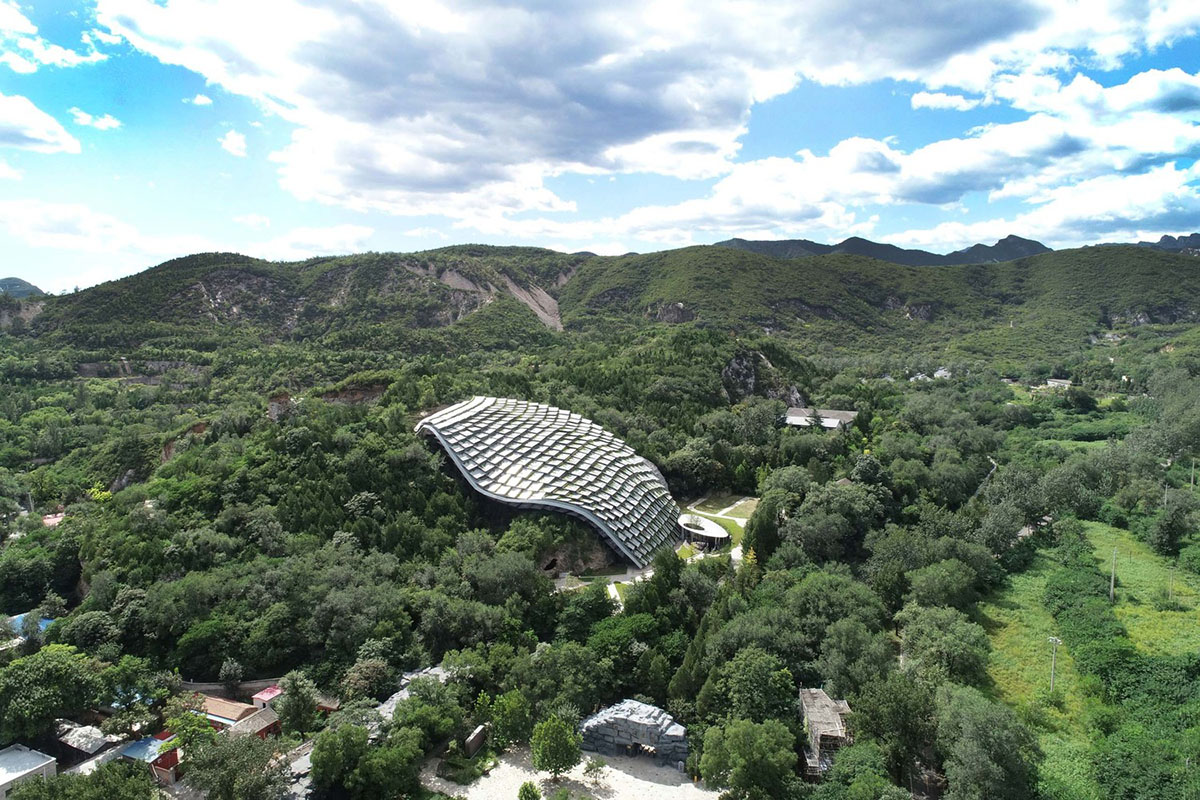 The Architectural Design and Research Institute of Tsinghua University (THAD) has designed an undulating prefabricated shell to protect the archaeological site of Zhoukoudian Peking Man cave from several weathering hazards in China.

Named The Protective Shelter of Locality 1 Archaeological Site of Zhoukoudian Peking Man Cave, the shelter covers a historic area that is home to human fossils, cultural remains and animal fossils dating from 5 million years ago to 10,000 years ago.

The Peking Man cave, situated at Zhoukoudian, lies 42 km south-west of Beijing, as it is listed in UNESCO's heritage list, scientific work at the site is still underway. 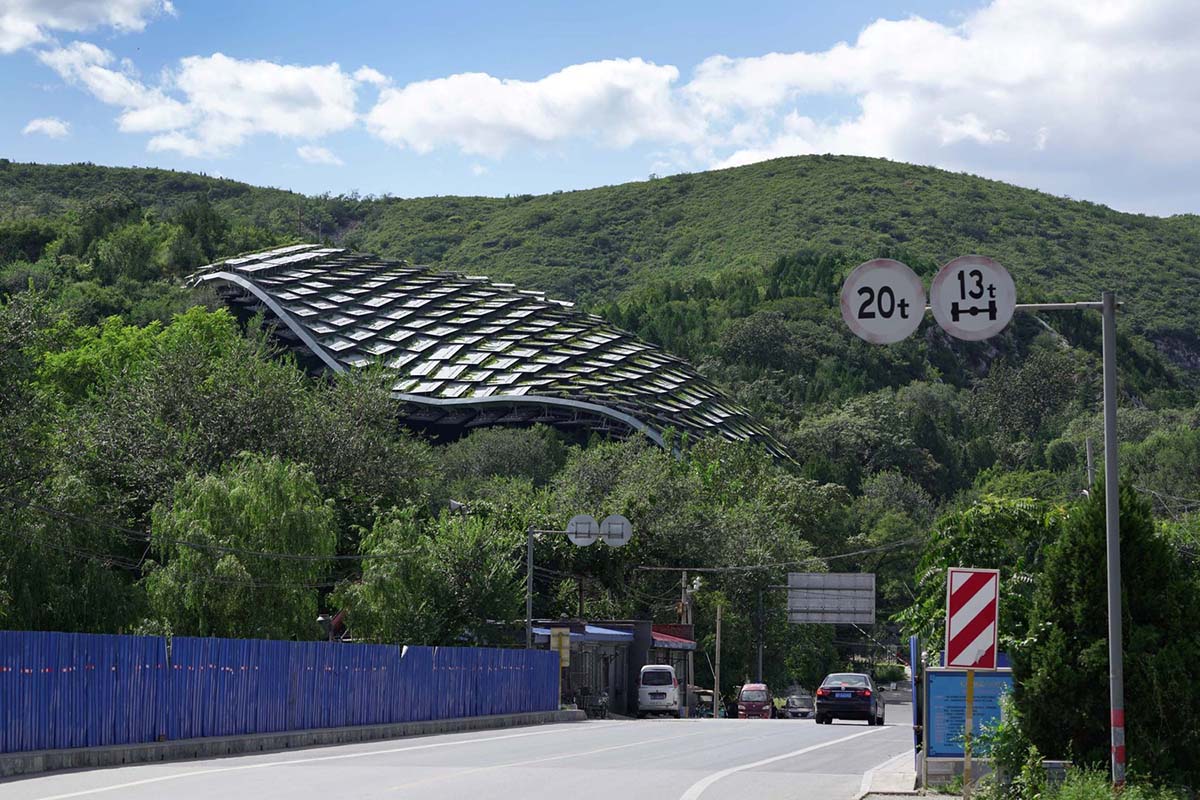 As THAD explains, "after the severe rain storm on 21st July 2012, water catchment was discovered at the bottom and the west section of the cave and soon disappeared. Through geophysical prospecting, large fissures and fracture zones were found at the bottom of the cave, which endangered the overall stability of the site." 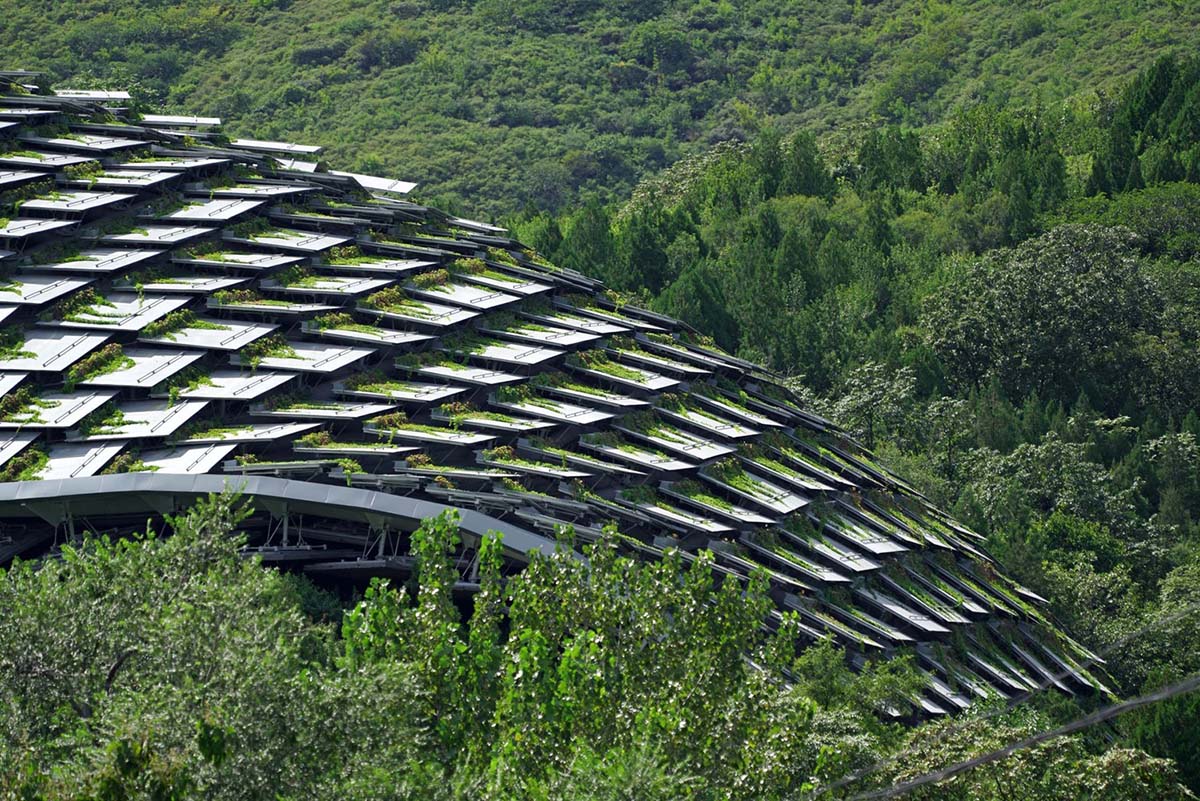 The plan of a new protective shelter was reported to the World Heritage Centre of UNESCO by the State Administration of Cultural Heritage of China in August 2013 and after ICOMOS approved the project in November 2013 in a replying letter, THAD completed the shelter in August 2018 and it was opened to the public in September 2018.

THAD designed the protective shelter to prevent the site from several weathering hazards such as rain, snow, hail and other threatening factors. 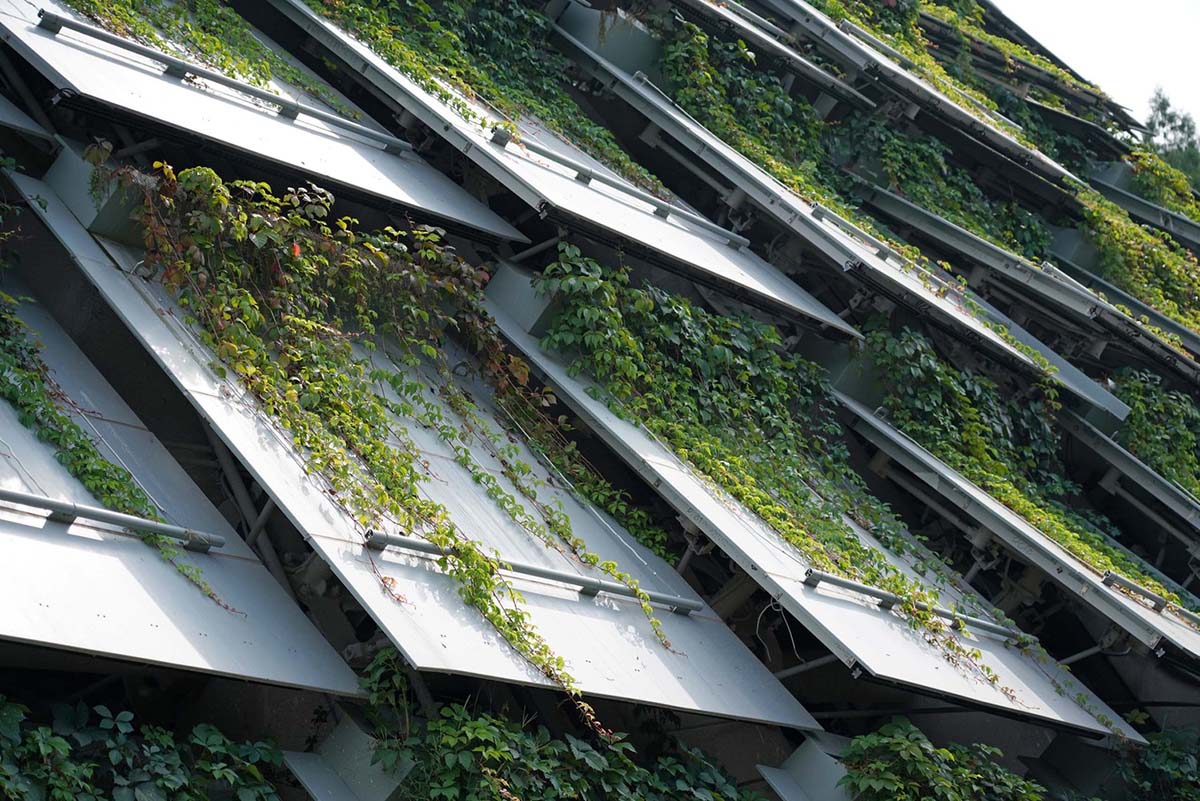 The team applied a mild and gradual conservation strategy, they intended to reduce the violent vibration of wind temperature and humidity within the shelter, while the site still connected to its original natural environment. 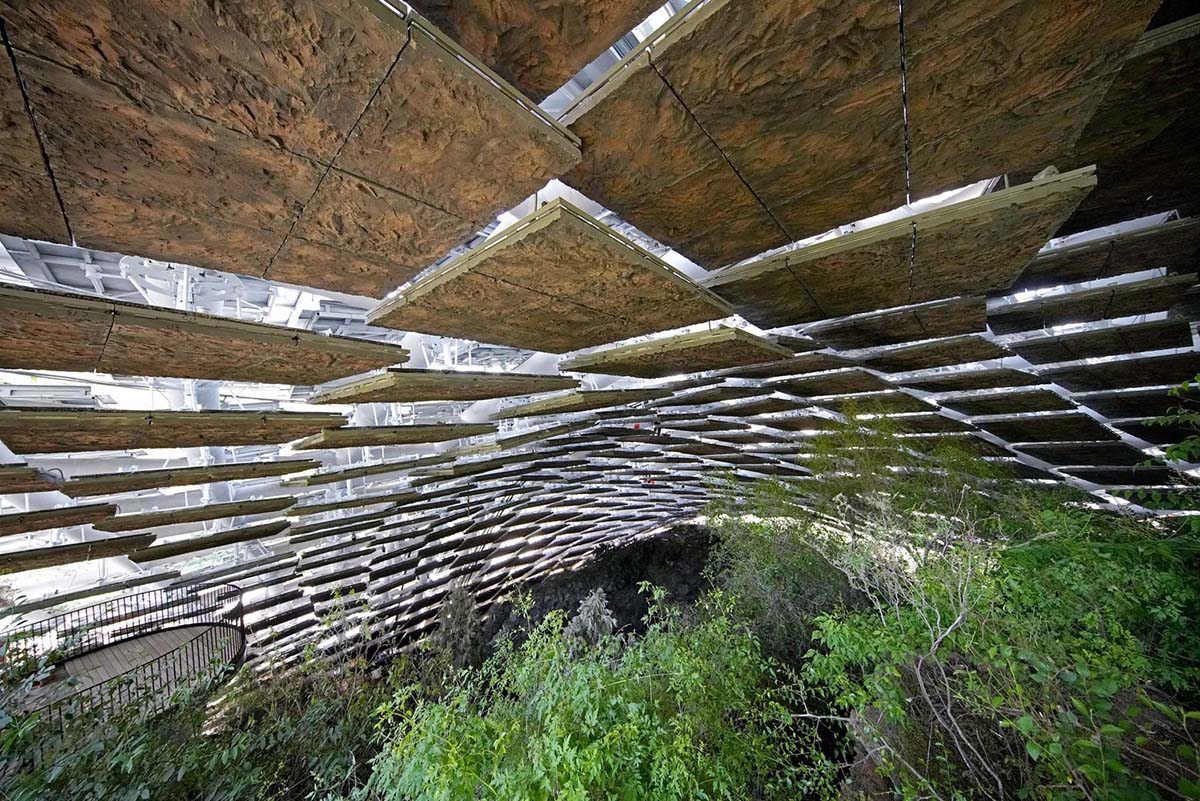 "A principle of minimal and reversible interventions was applied on the project," said THAD. 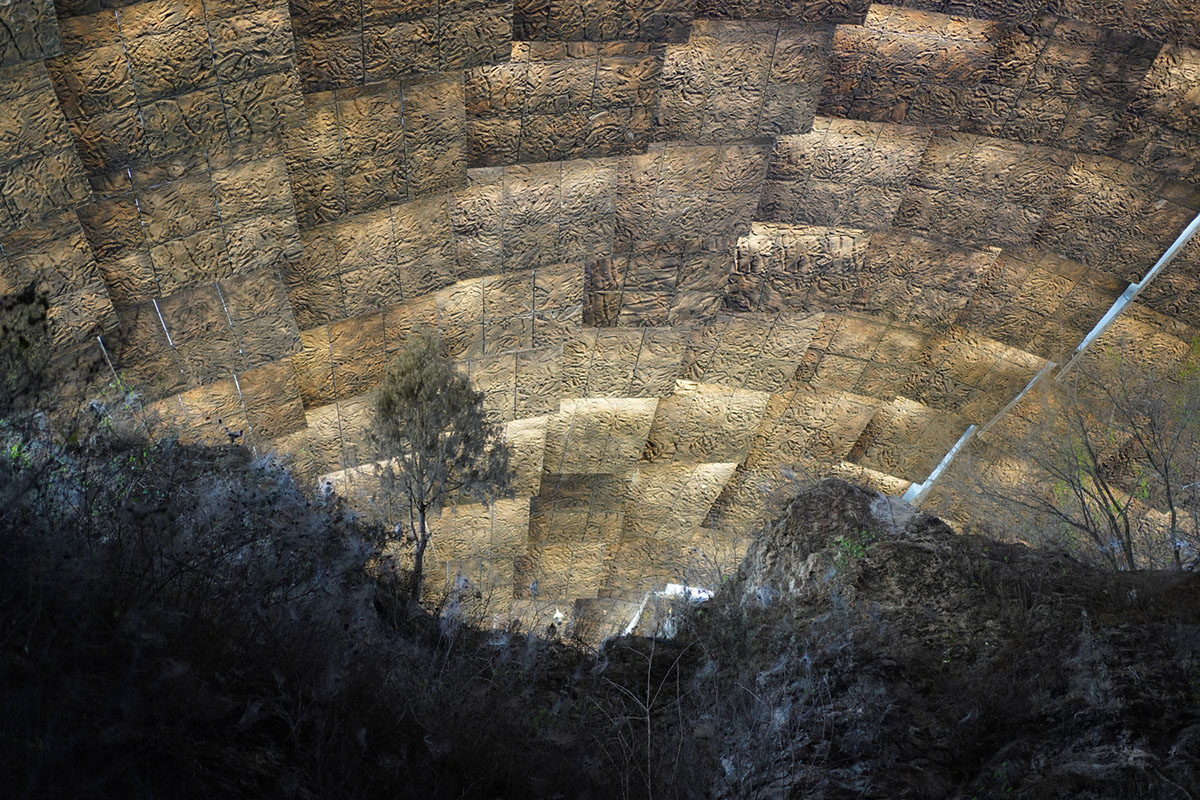 "The single layer reticulated shell structure of large span, which shelters the Peking man Cave site, is supported by the two rows of footholds situated on the peak of the hill on the south and at the foot on the north, to cover a least necessary area of the cave and to keep away from the site per se and its precipice."

"The footholds were situated on the flat rock formation," added the architects. 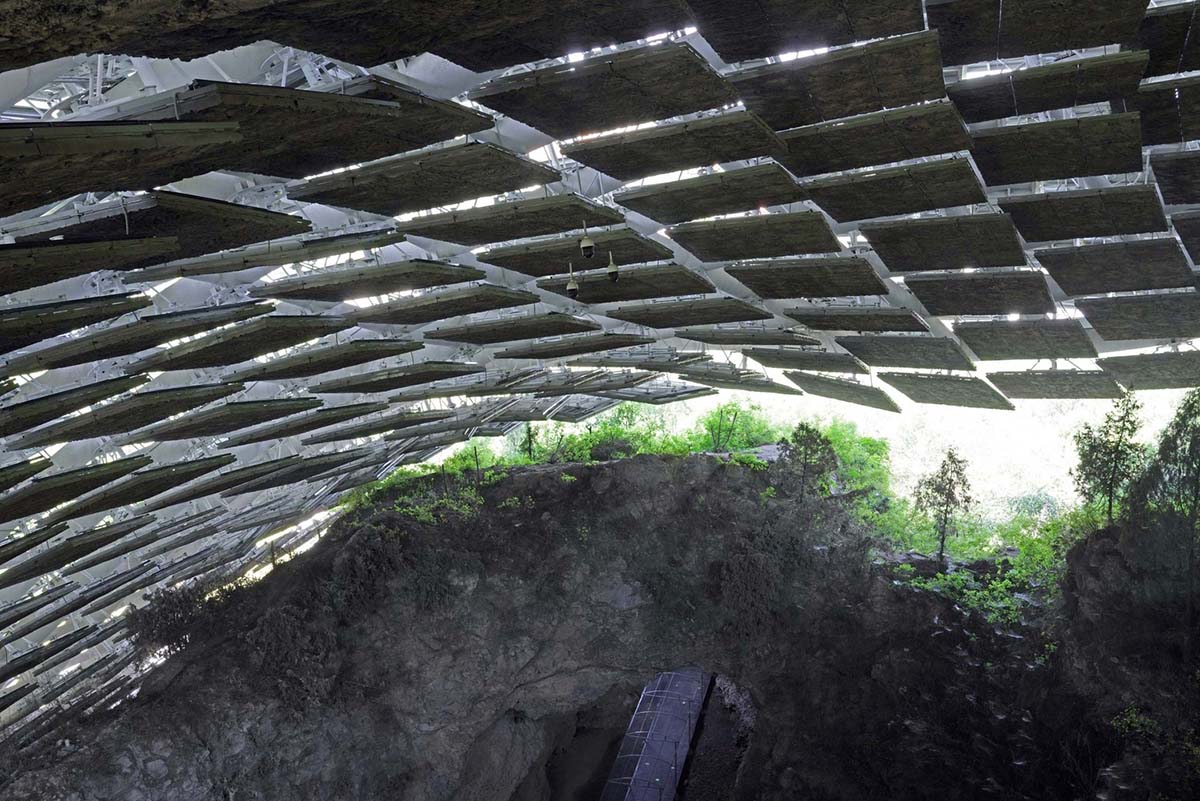 To reduce the disturbance on site during construction work, all the components of the shelter were prefabricated and assembled on site and to ensure the possibility of dismantling in future to restore the environment to its original condition. 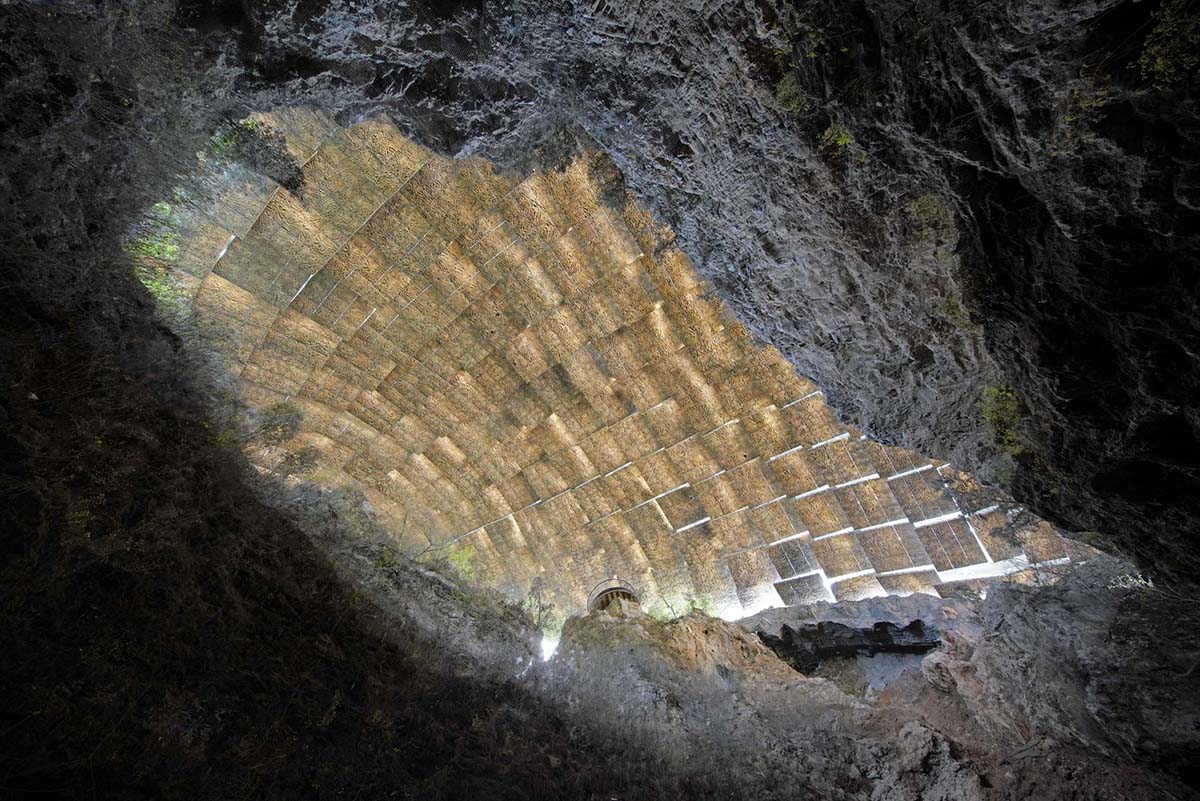 "The morphology of the mountain before the collapsing of the Peking Man Cave was deduced from clues as contour lines of the current landform to shape the overall form of the shelter," continued the firm.

"The new structure was consequently able to blend with its immediate surroundings morphologically."

THAD designed a green roof as the outer skin of the shelter to hide itself into the woods after two years of properly growing up as expected. 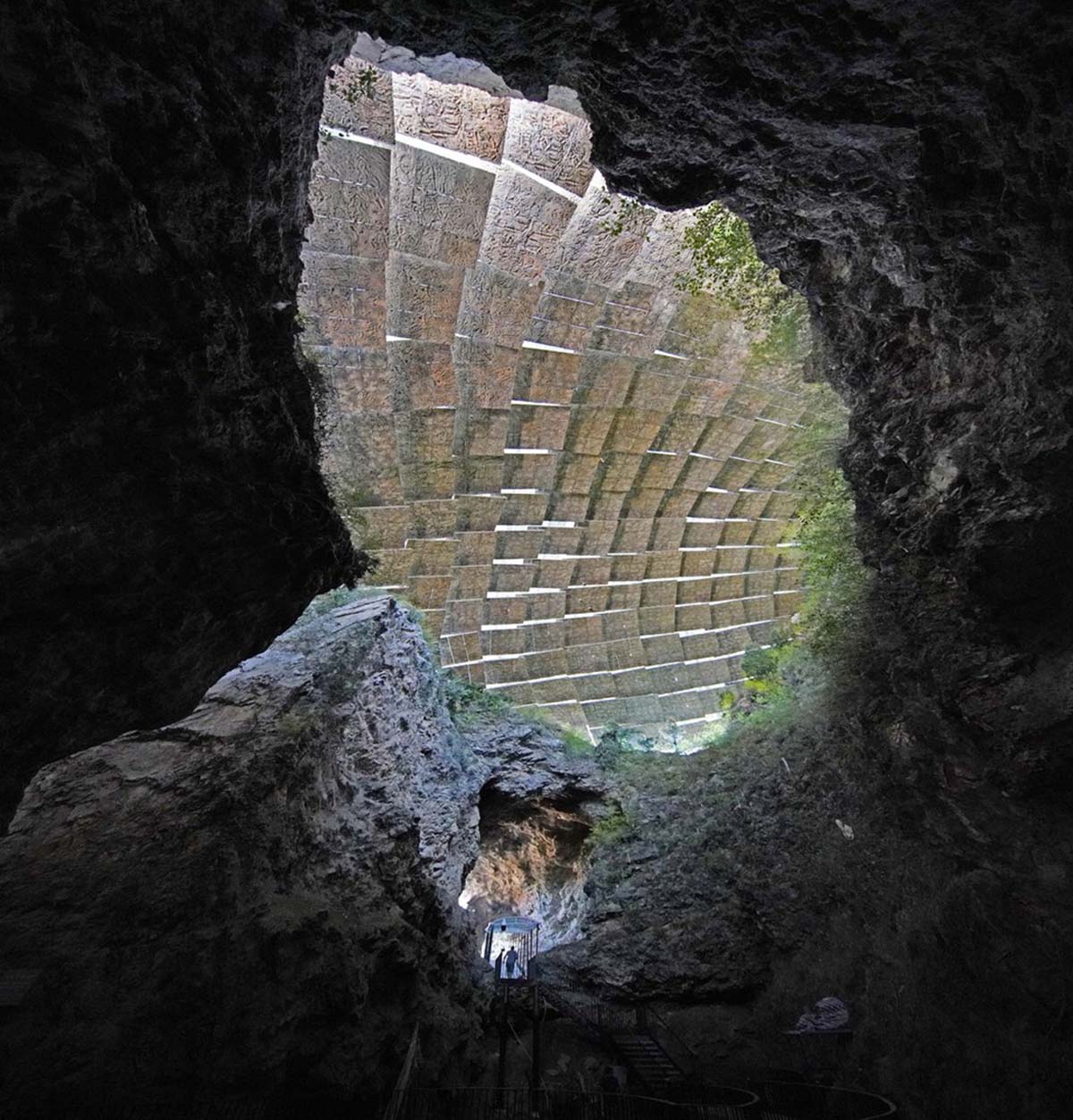 When visitors enter the shelter, they will see that the inner skin of the shelter imitates the rock surfaces inside the cave to remind the visitors of the geography of the archaeological site.

Made of irregular curved surface of space single reticulated shell, the structure covers an area of about 3,700 square metres. Its east-west span reaches 54.5 metres and north-south reaches 77.5 metres. 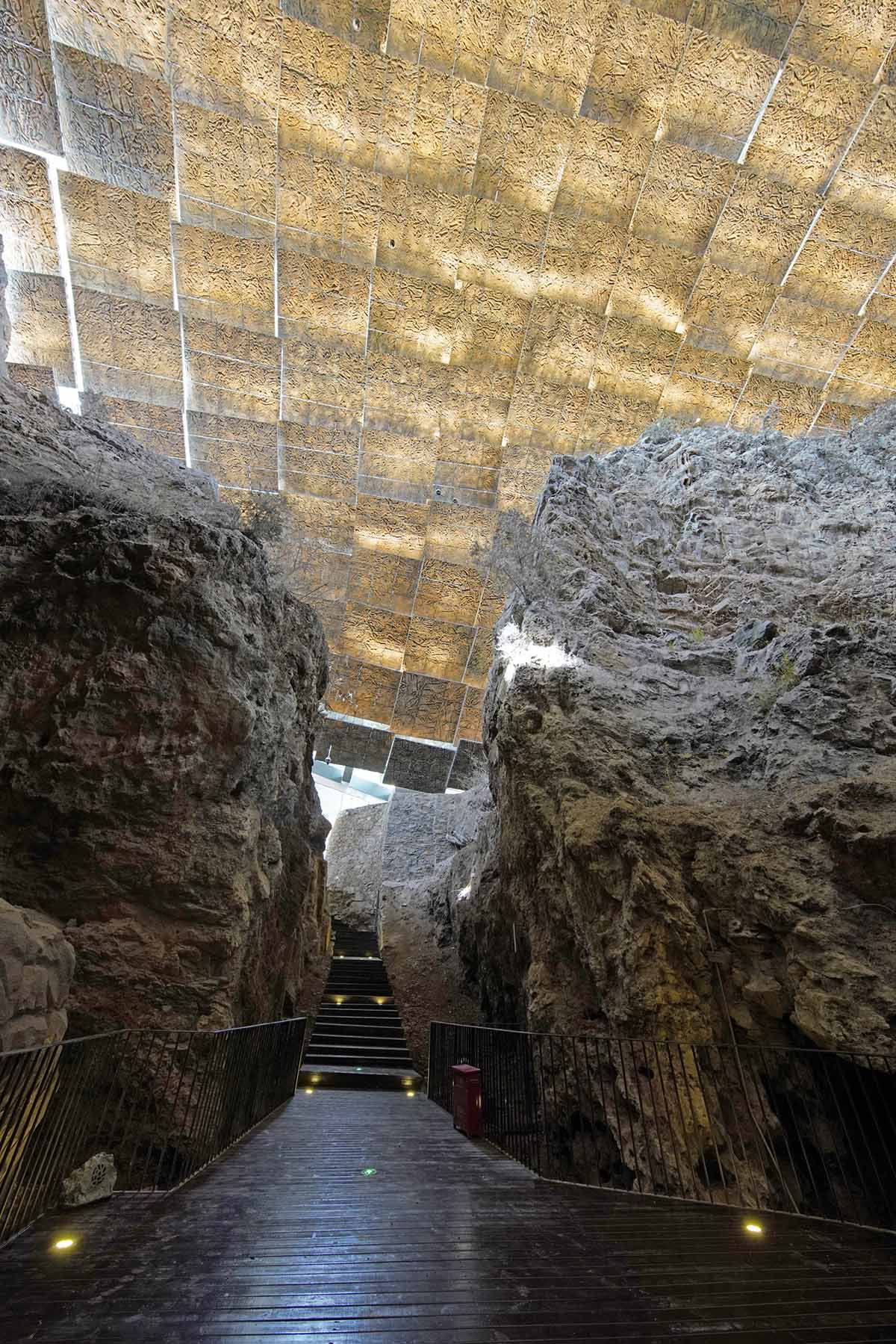 The height difference between the two rows of footholds is 30.7 metres, while the maximum height of the shelter from the ground outside is 35.7 metres.

For the outer skin of the shell, it has a double-skin with a buffering layer to alleviate the abrupt changes of natural factors including temperature and humidity. 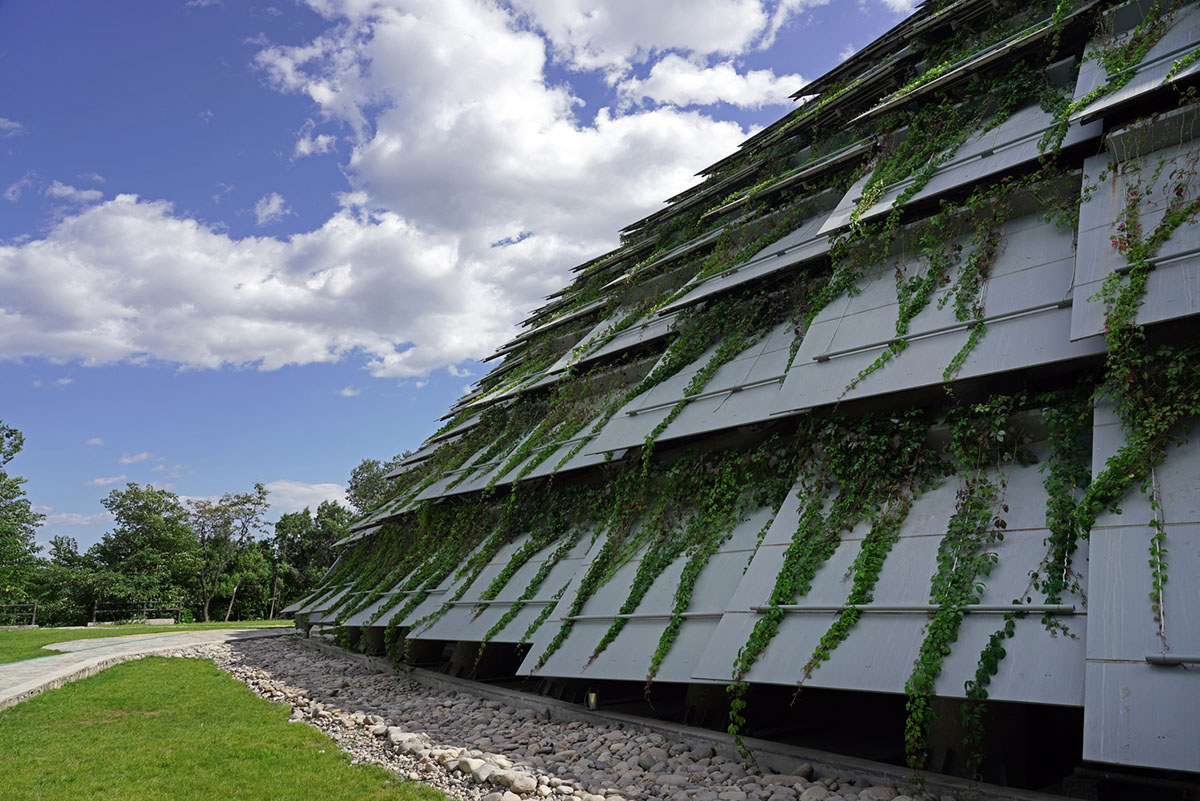 "The blades of the skin were generated by parametric calculations on computer, which overlap closely with one another to realize an organized drainage of rainwater, while providing daylight of uniformity and mild ventilation," added THAD. 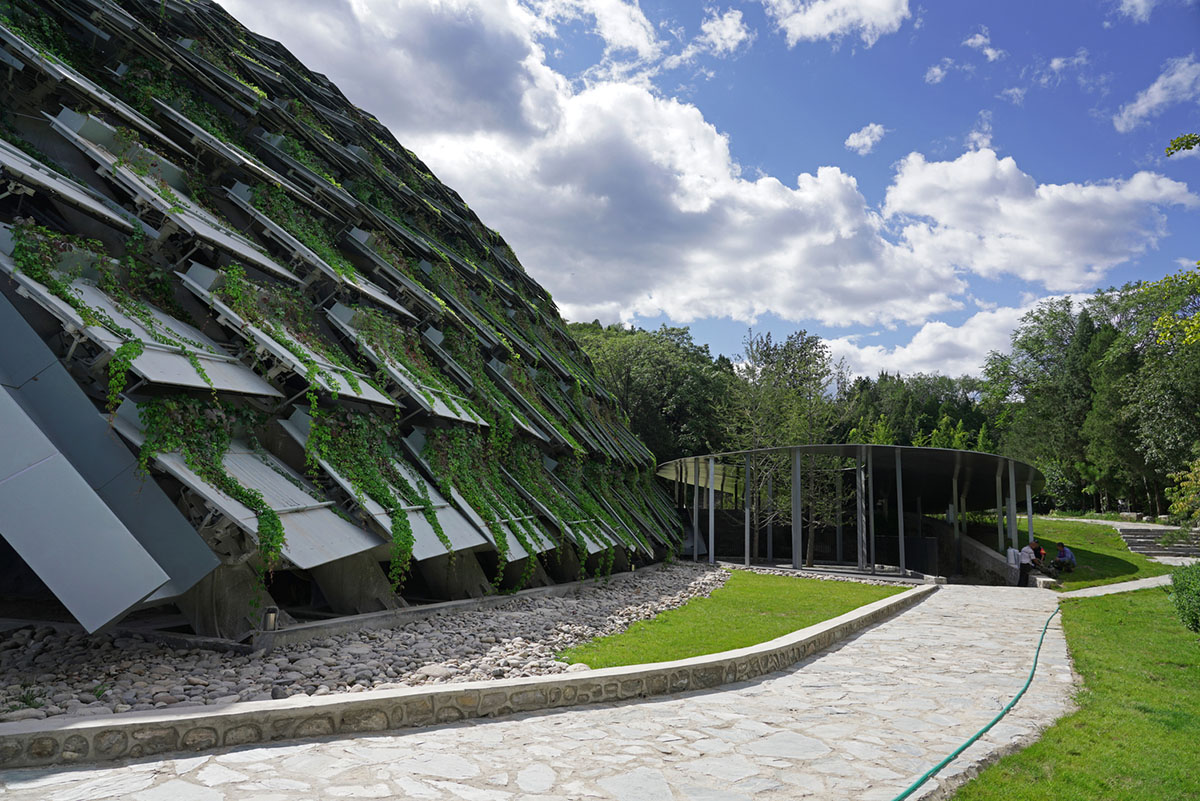 To construct this shell, the team conducted analog computations through numerical wind tunnel techniques, to simulate the height of the shelter, gaps between blades, temperature, humidity, daylight, ventilation and other variates, based on the meteorological monitoring data of micro-environment in Peking Man Cave. 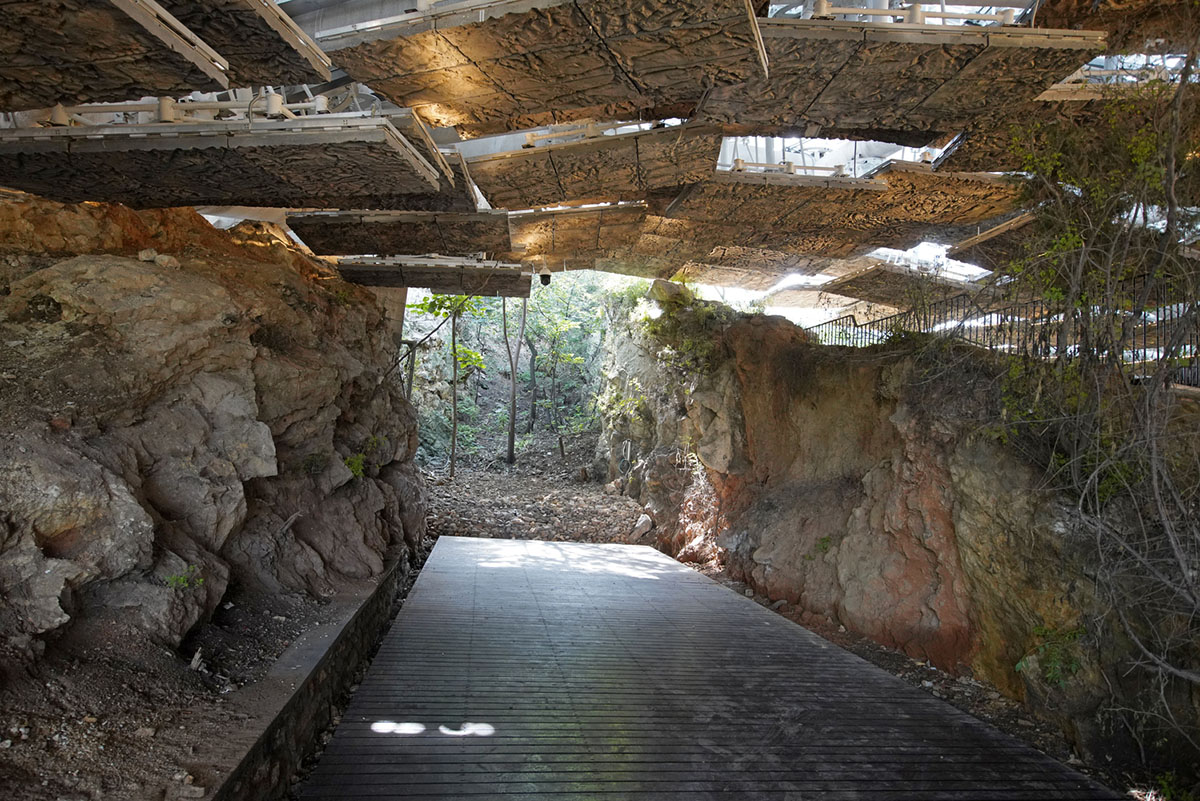 "The results provided evidences of design efficiency, and assisted architects to develop a scientific and reasonable programme."

The architects said that "the precipice of Peking Man Cave is employed as display platform." 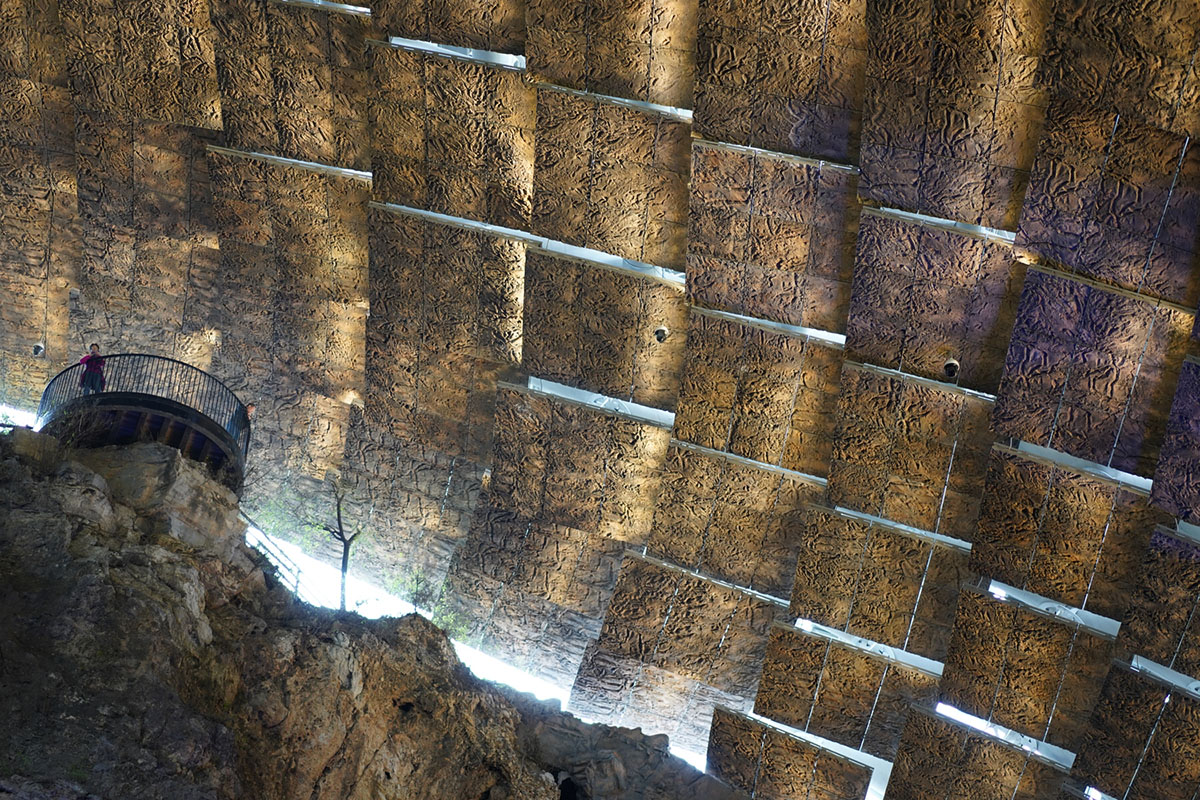 Information of excavation process is also displayed on the west side, while the historical backgrounds and research findings are explained on the north side through multimedia technologies.

It is expected that this immersive experience would impress the visitors of the significance of this site. 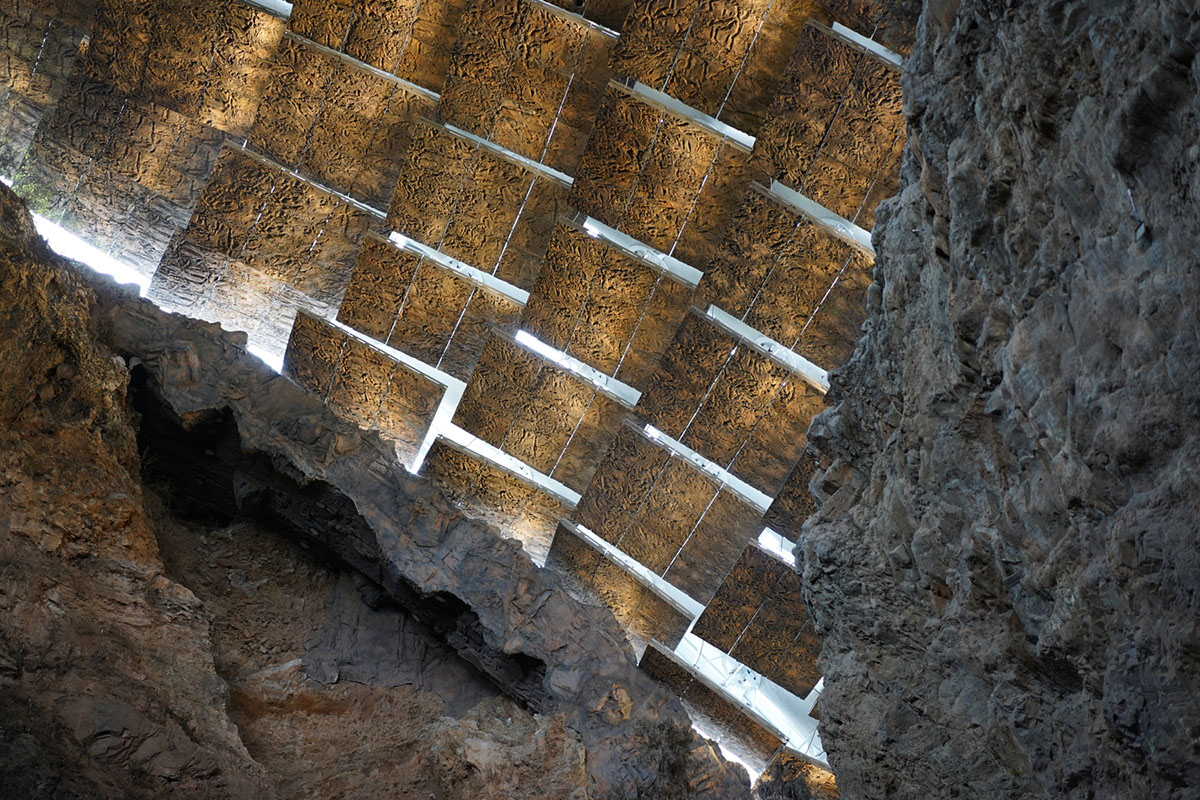 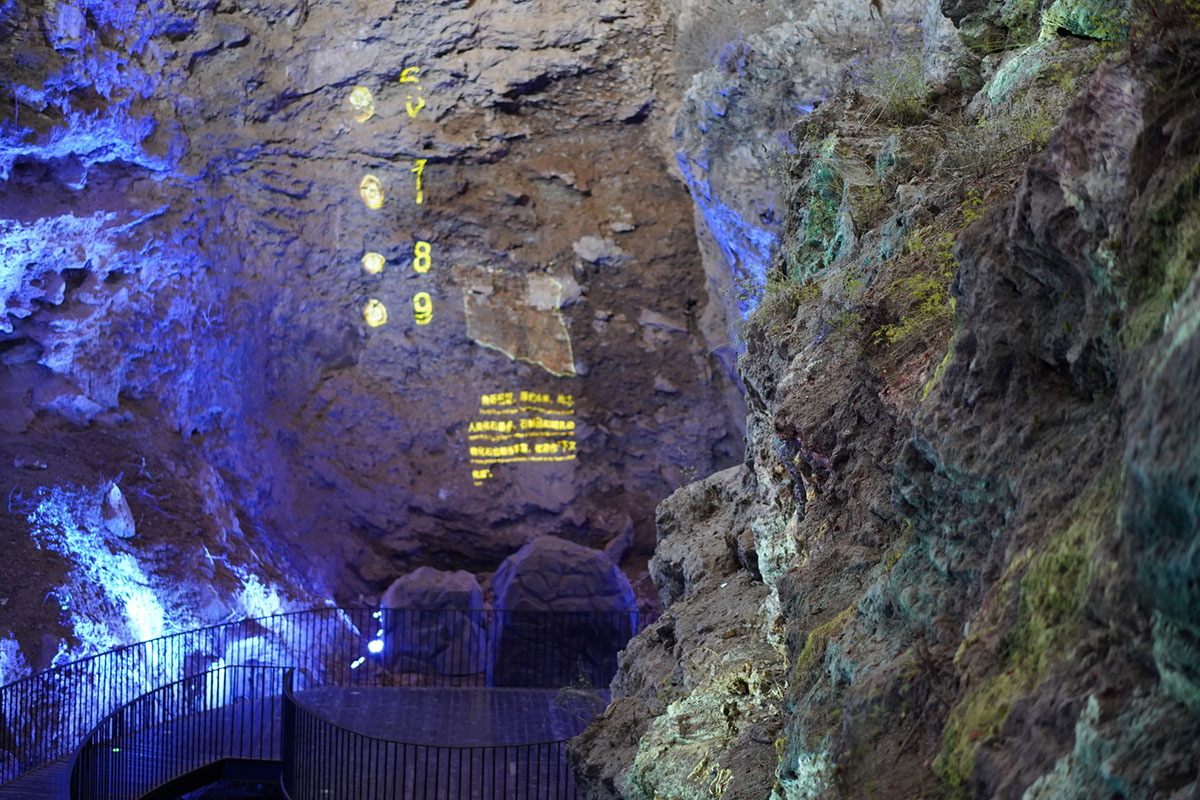 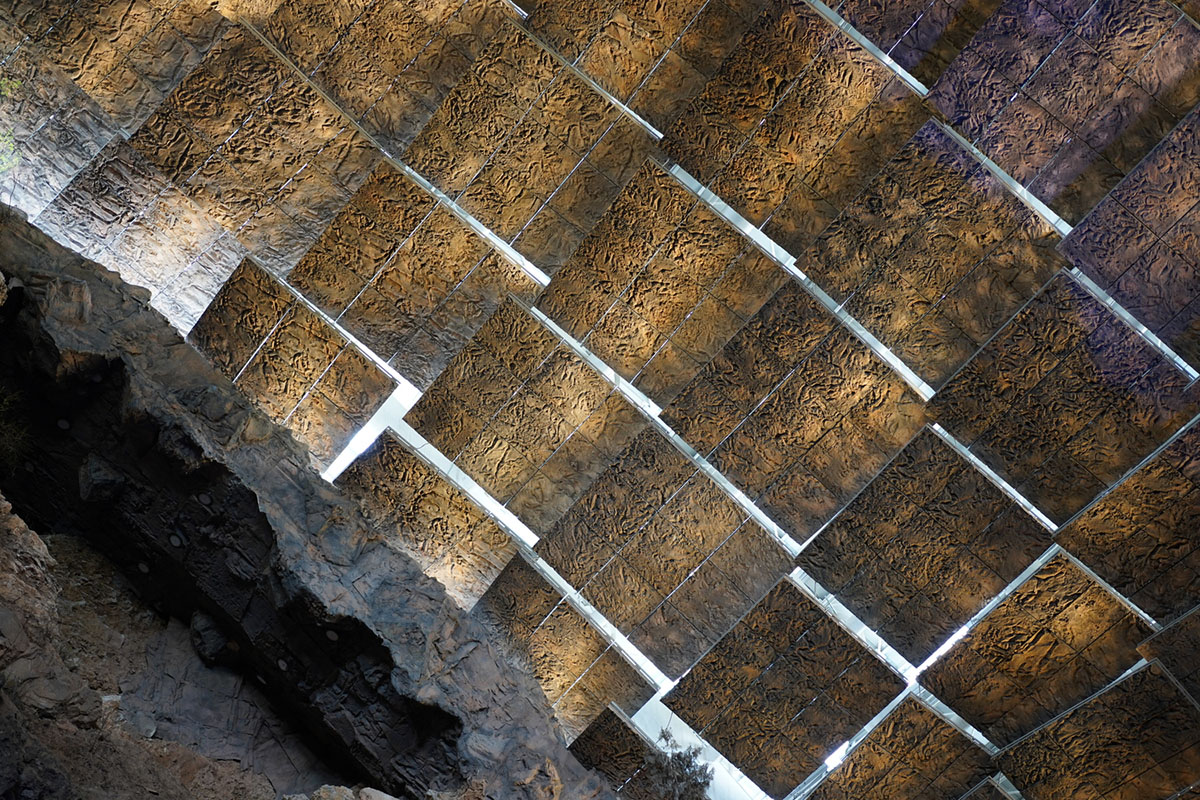 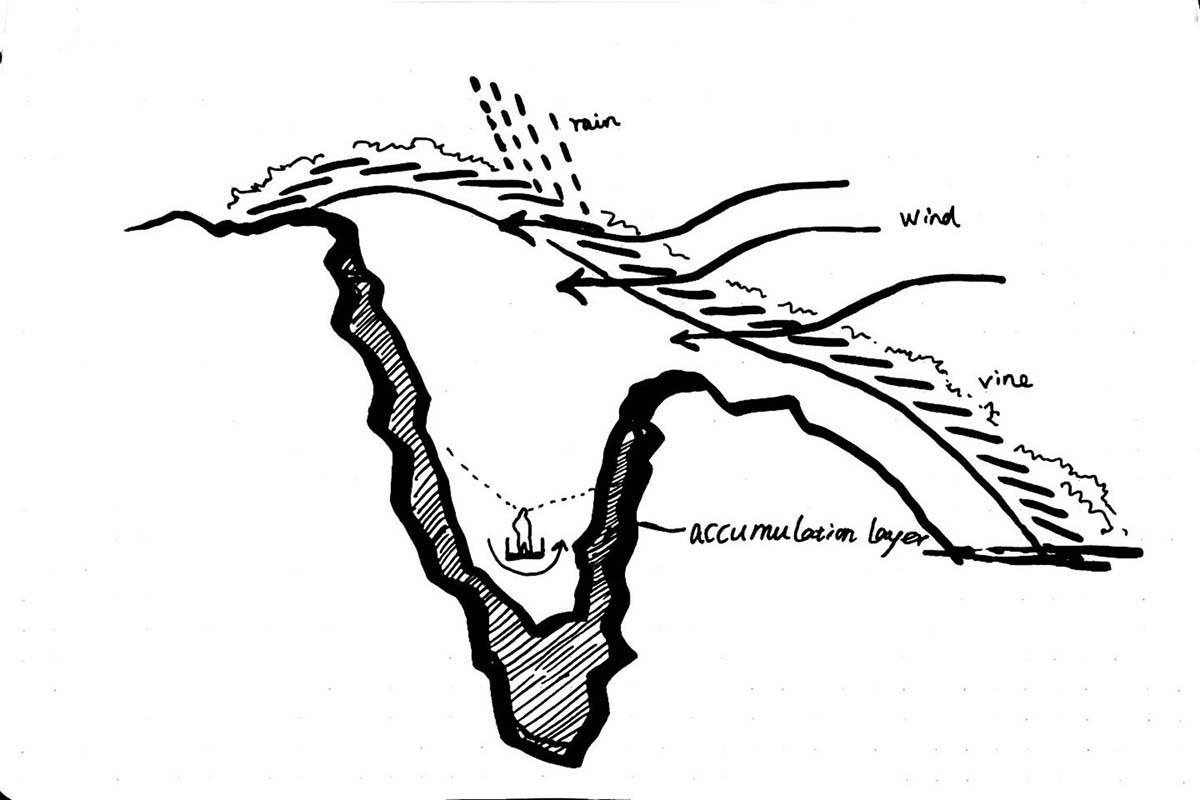 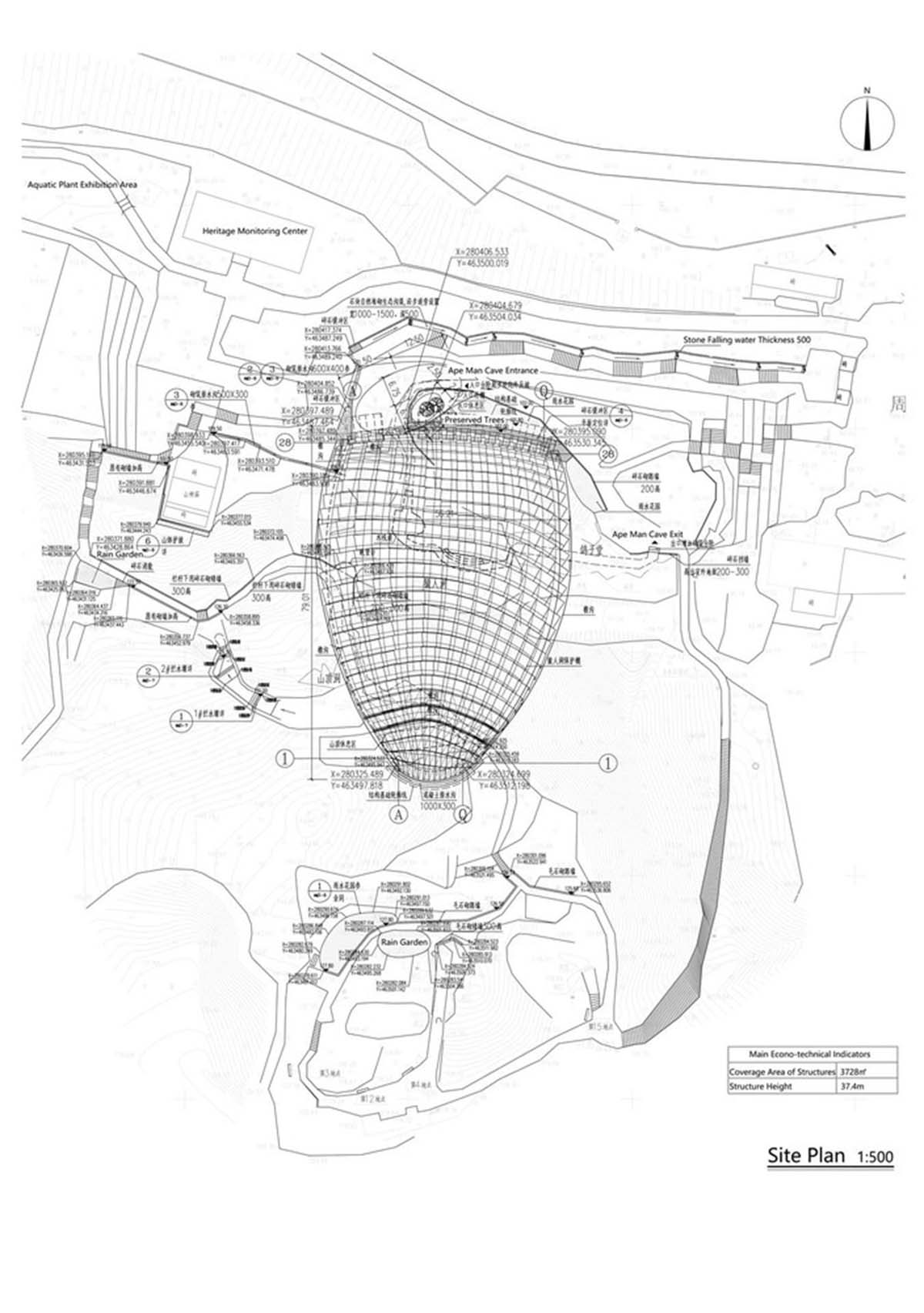 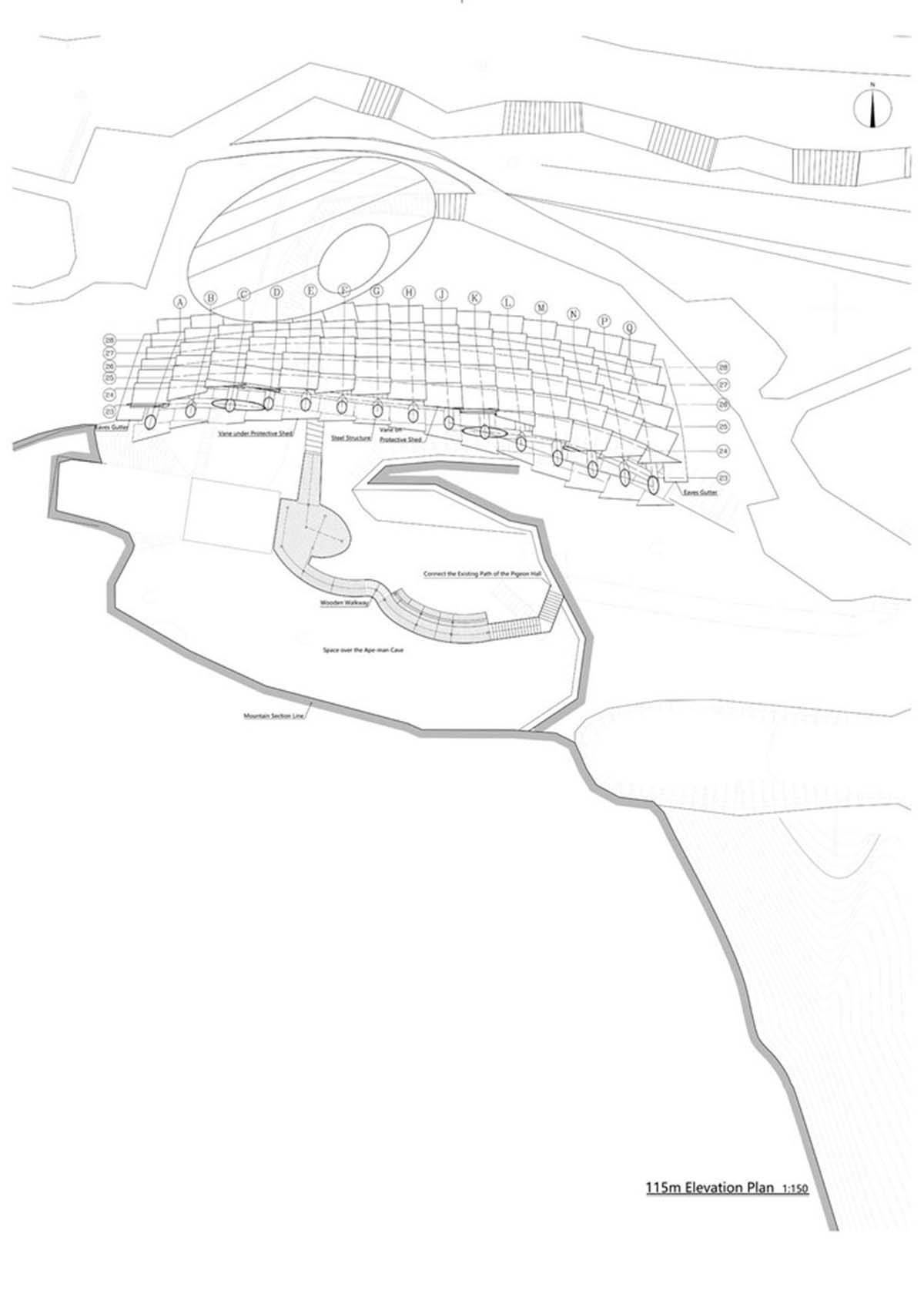 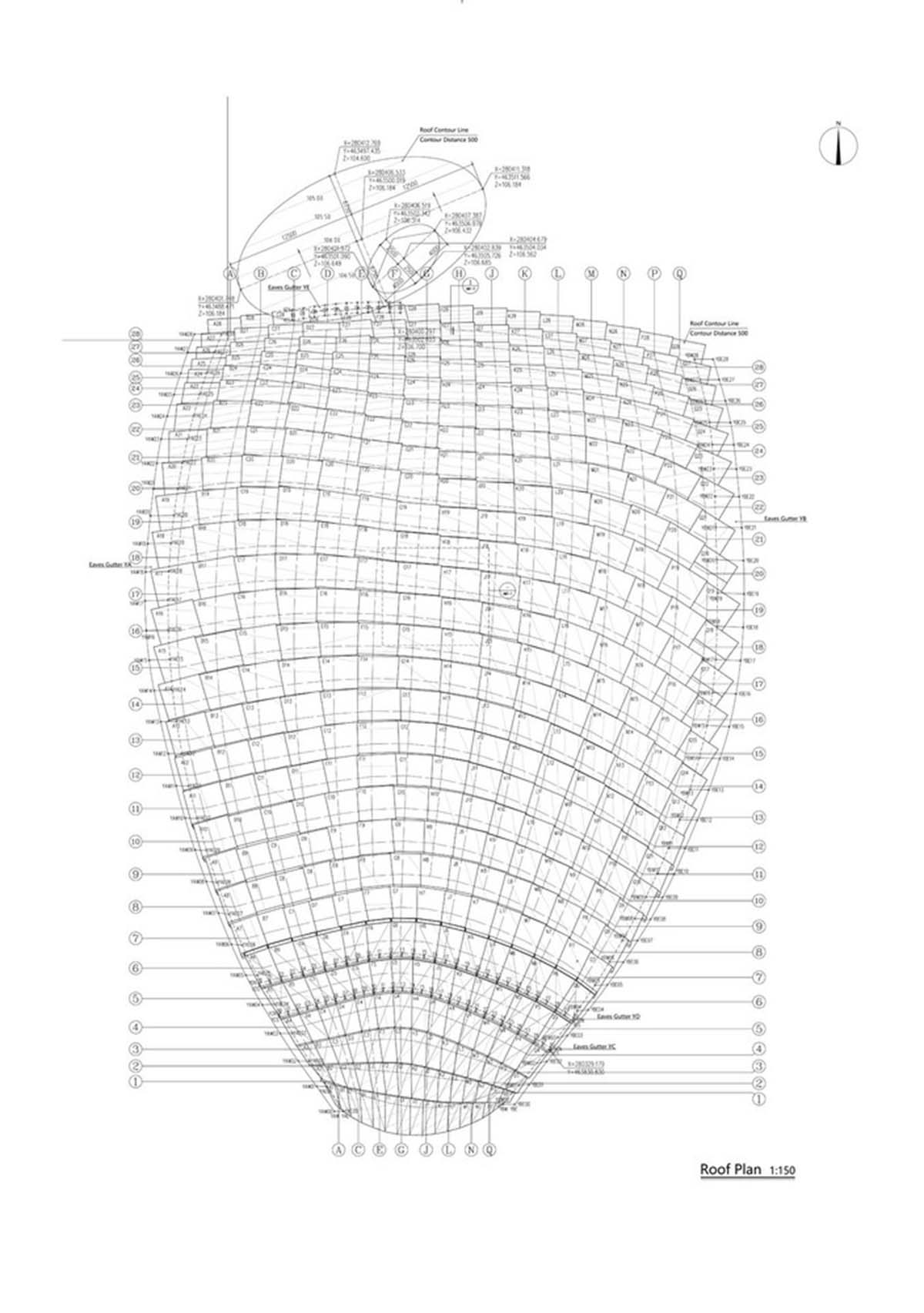 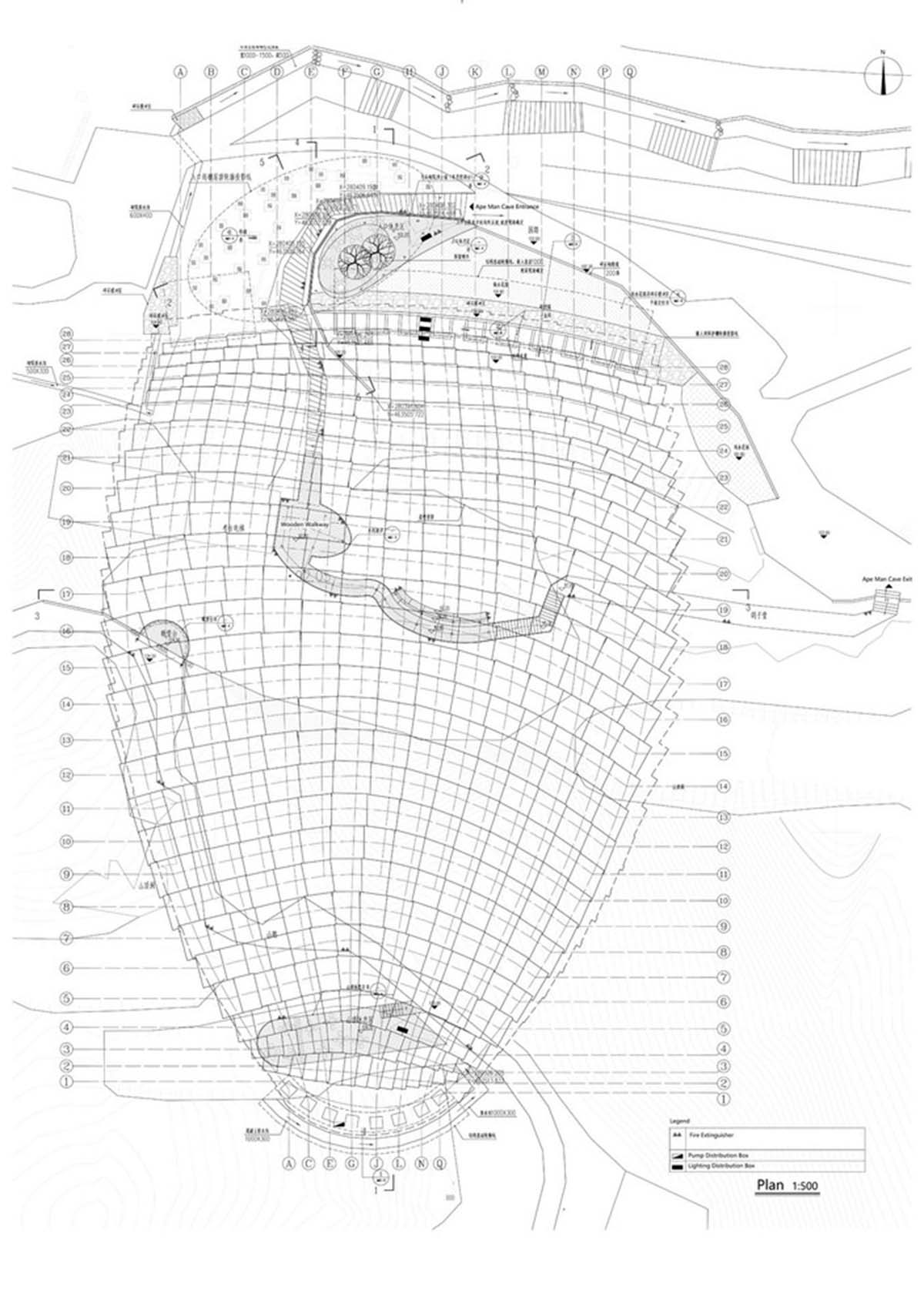 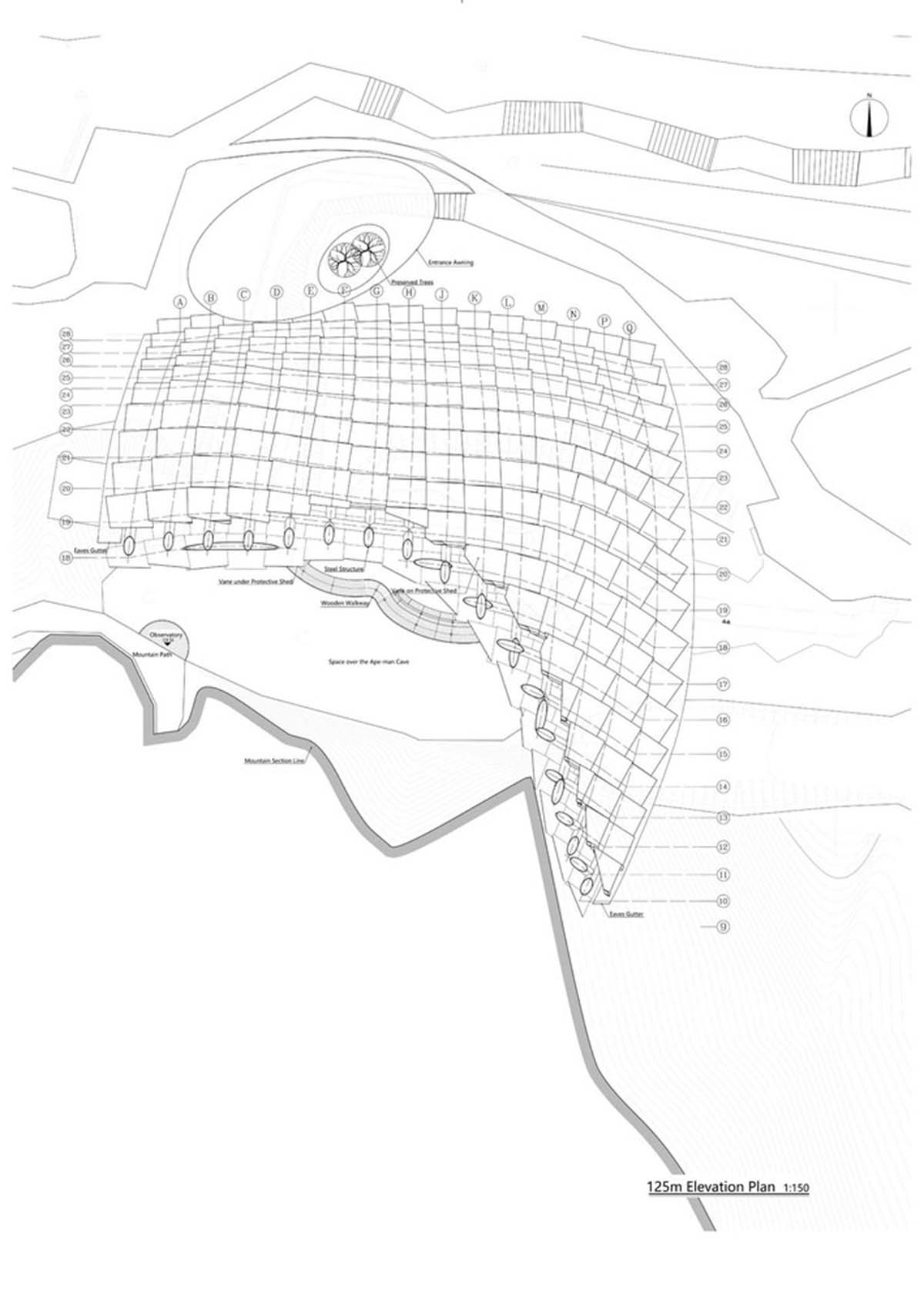 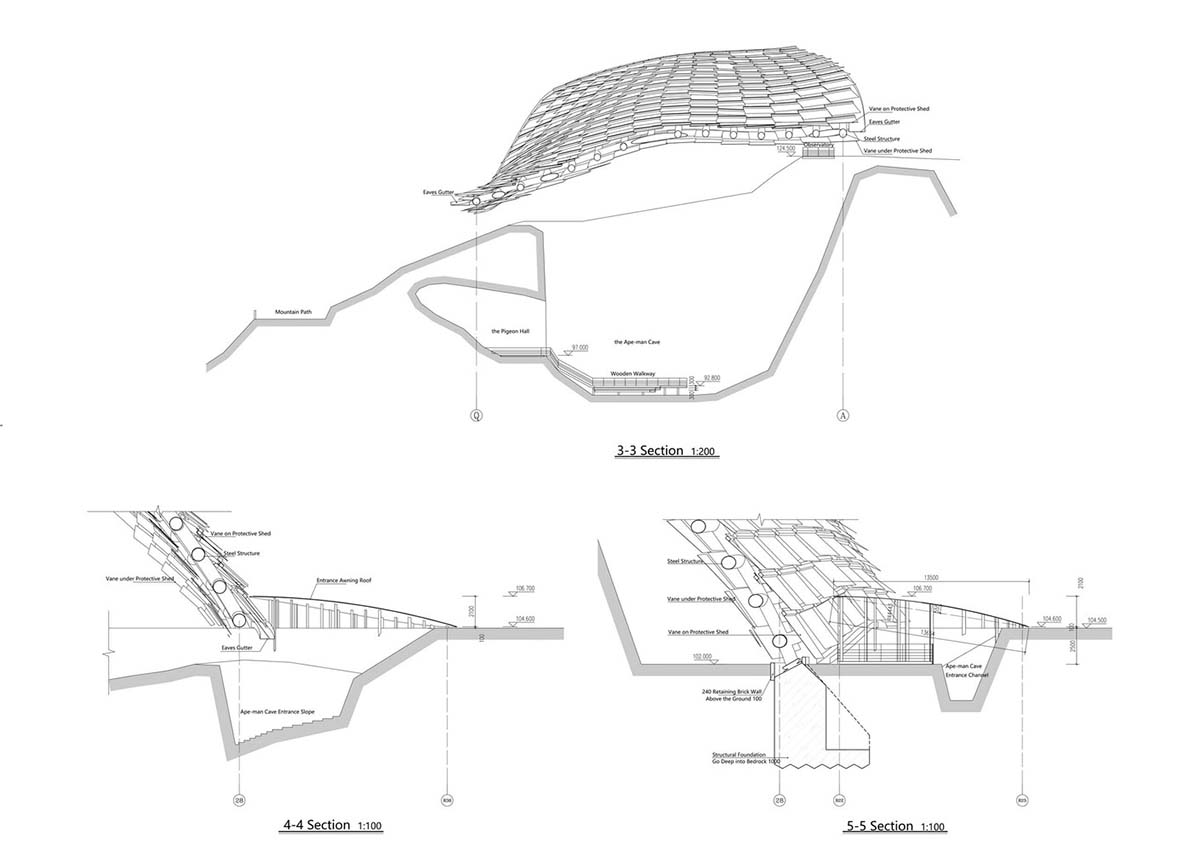 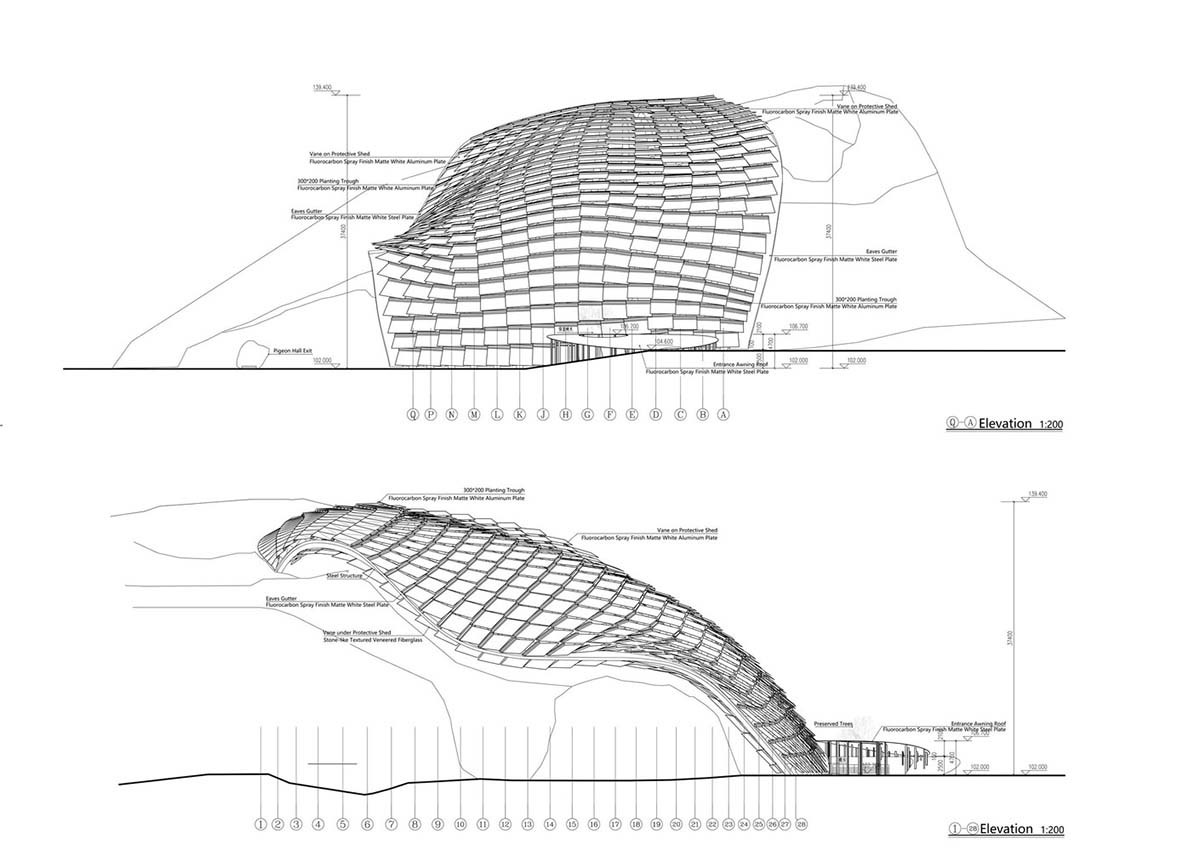 All images courtesy of THAD.