HENN reveals new images for transformation of the Gasteig, the Largest Cultural Center in Europe 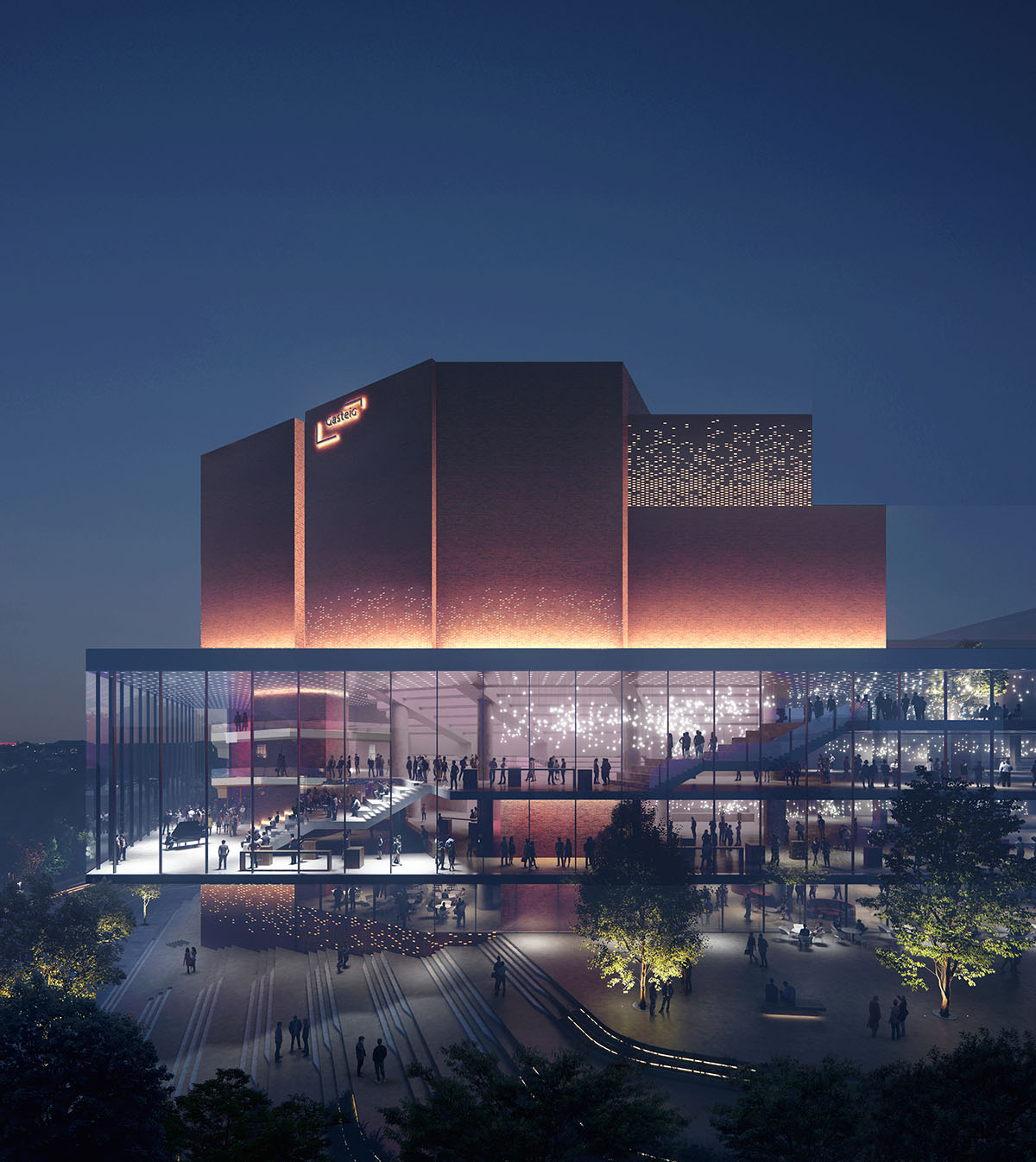 Munich, Berlin and Beijing-based HENN has revealed new images for the transformation of the Gasteig in Munich, which is the largest cultural centre in Europe.

HENN first unveiled design in 2018 and the newly-released images show additional details and spaces from the interior and exterior of the building. The new interior images give a detailed glimpse of its philharmonic hall, public library and dining hall.

As HENN explains, the Gasteig receives almost two million visitors a year and houses a unique combination of programs: a concert hall, an auditorium, a university and a library.

The original Gasteig was completed in 1985, is composed of a fortress-like compound of introverted functions. With the new proposal, HENN’s design scheme will transform it into an open and democractic space whose cultural and educational programs are part of a dynamic exchange—with each other and with the city. 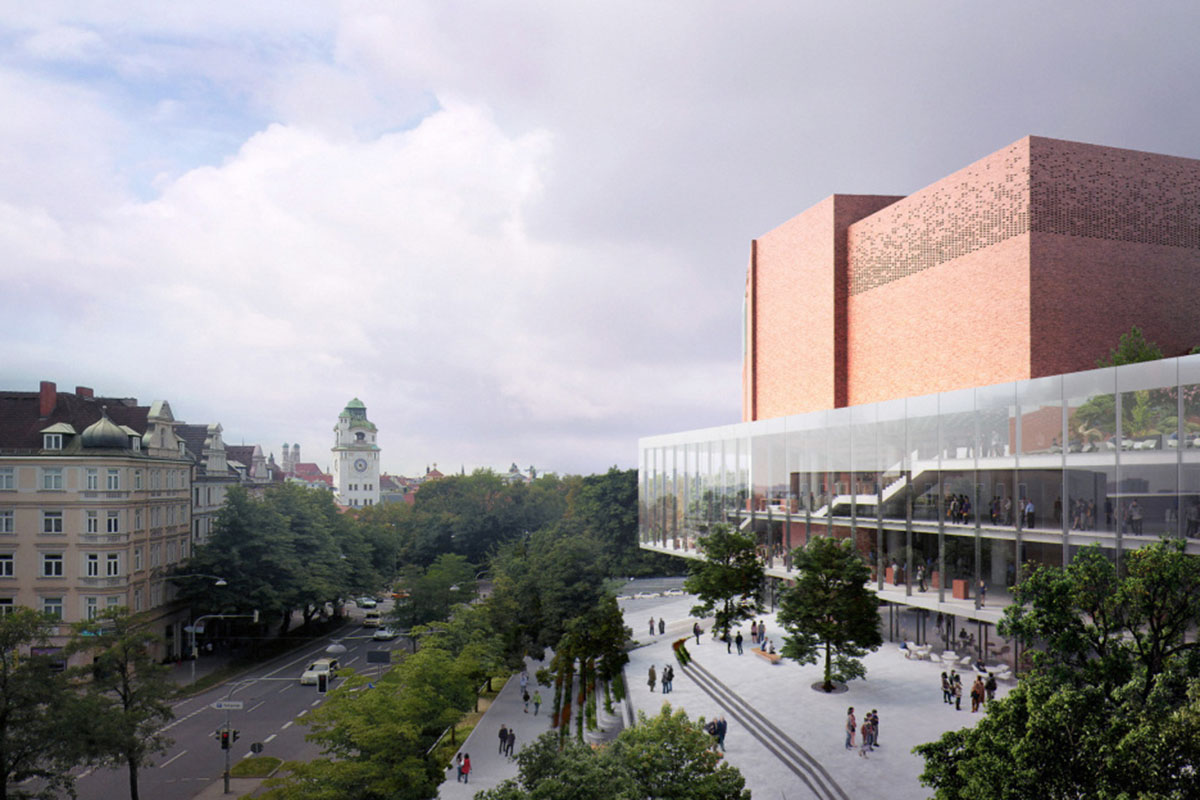 In the heart of the New Gasteig, there will be the Kulturbühne or Culture Stage, a bridge-like glass volume will connect the many functions of the center and displays their vibrant interior to the city of Munich.

Its transparent and open architecture stands in deliberate contrast to the monolithic character of the existing building. The Culture Stage functions as circulation, foyer, exhibition space, event area and a new space of encounter and connection. 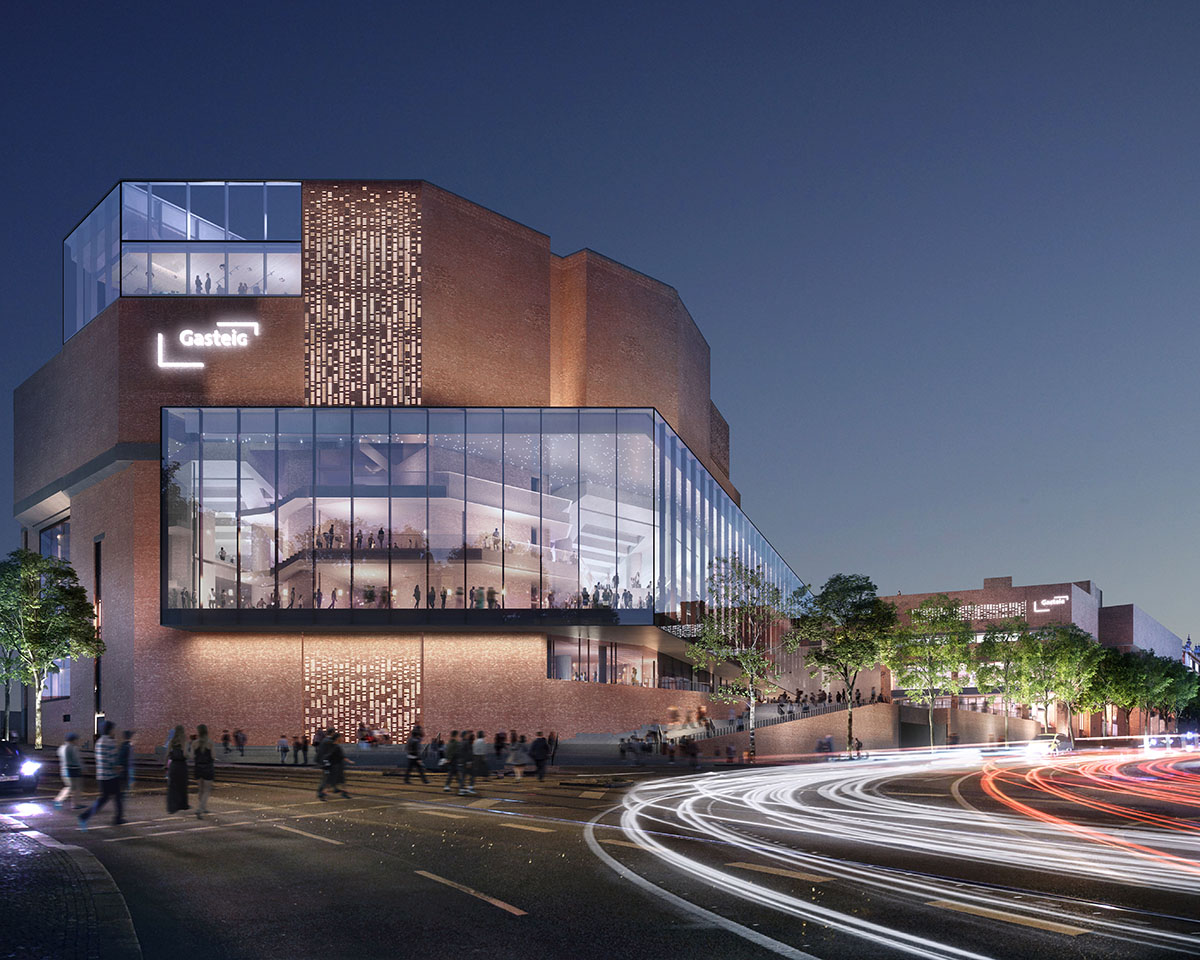 With this simple, yet radical gesture, HENN has transformed the Gasteig from an inert container of culture into an active collaborator—it is a space of cultural production where employees, students and visitors are all actors on the Cultural Stage.

"Each program—the Philharmonic, the Carl Orff Hall, the Munich City Library, the Munich Center of Further Education and the University of Music and Performing Arts—underwent its own transformation," as HENN stated. 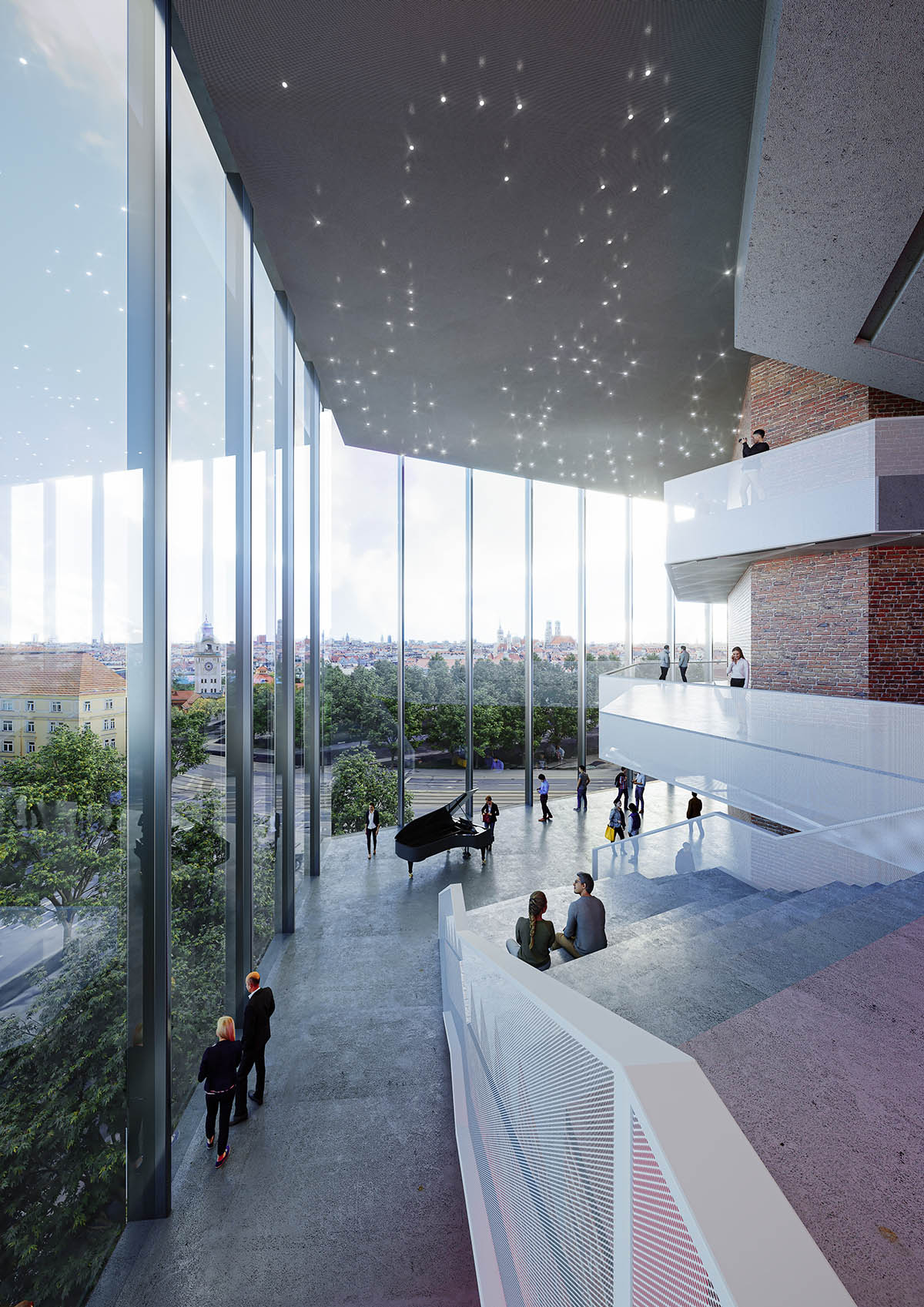 HENN is working with the renowned acoustician Yasuhisa Toyota, as the Philharmonic will be given a complete acoustic re-design. In addition, the library, constructed during the height of print media, is updated meeting today's digital age requirements, its closed-off, silent spaces will be opened up and its collaborative spaces will be emphasized. 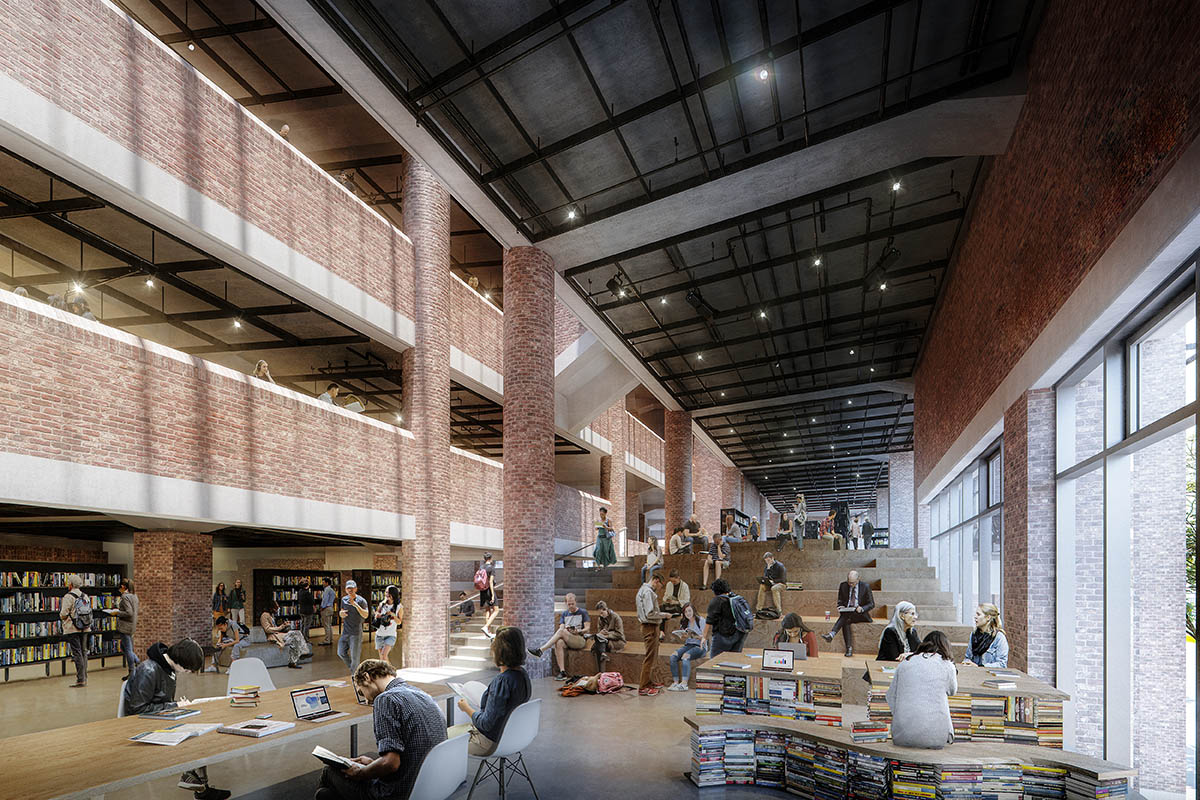 HENN’s modernization of the cultural center will be a radical reconceptualization of the building and the role of culture within the city.

"Now more than ever, we understand and appreciate the power of art, music, literature and education to reflect and elevate society during moments of prosperity, and to comfort and stabilize during times of hardship," added the firm.

The New Gasteig—open, transparent and inviting—anticipates a future where it will once again receive millions of annual visitors. 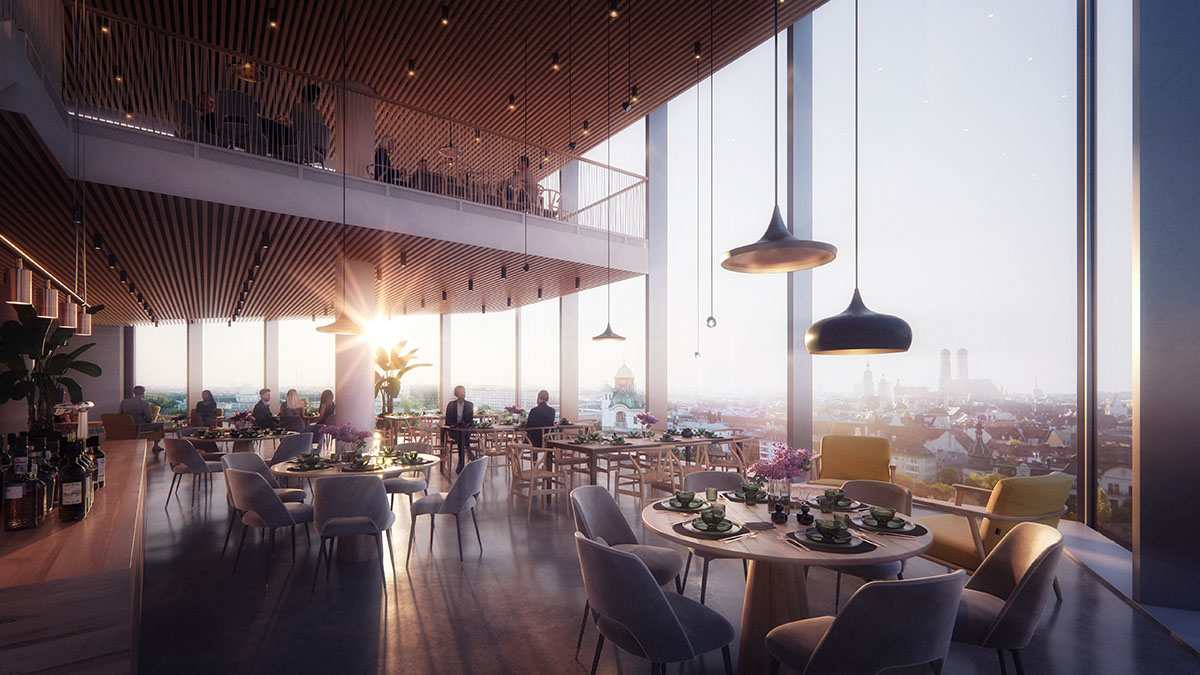 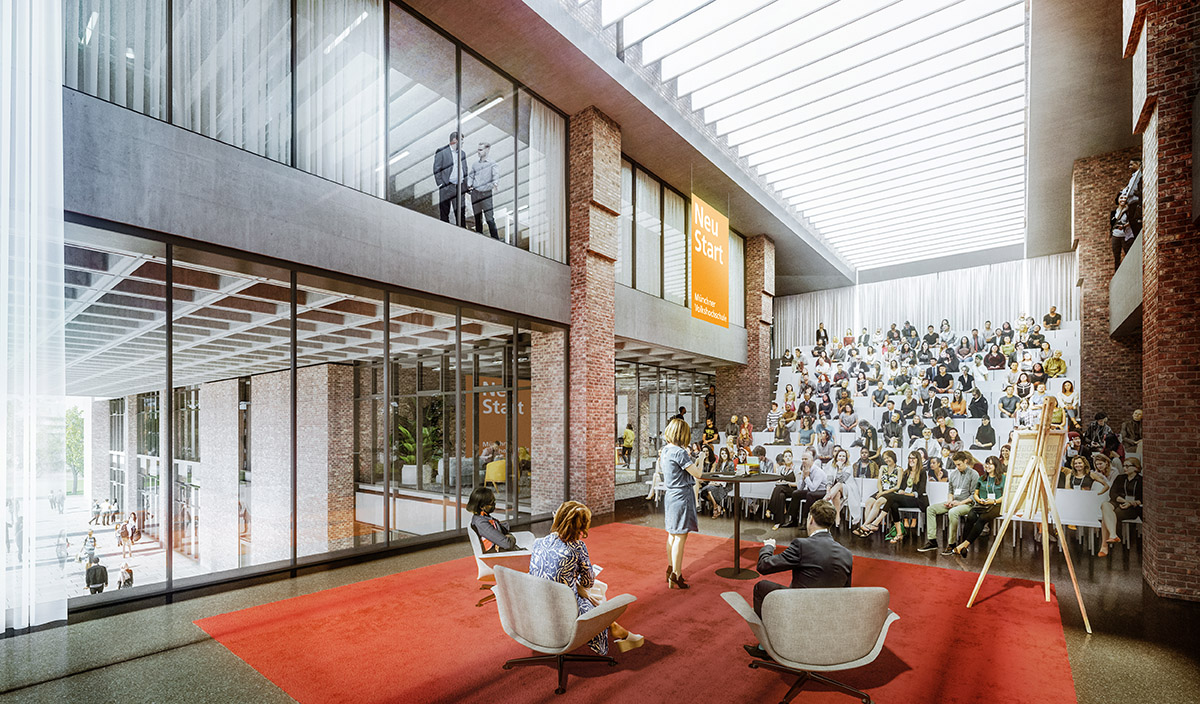 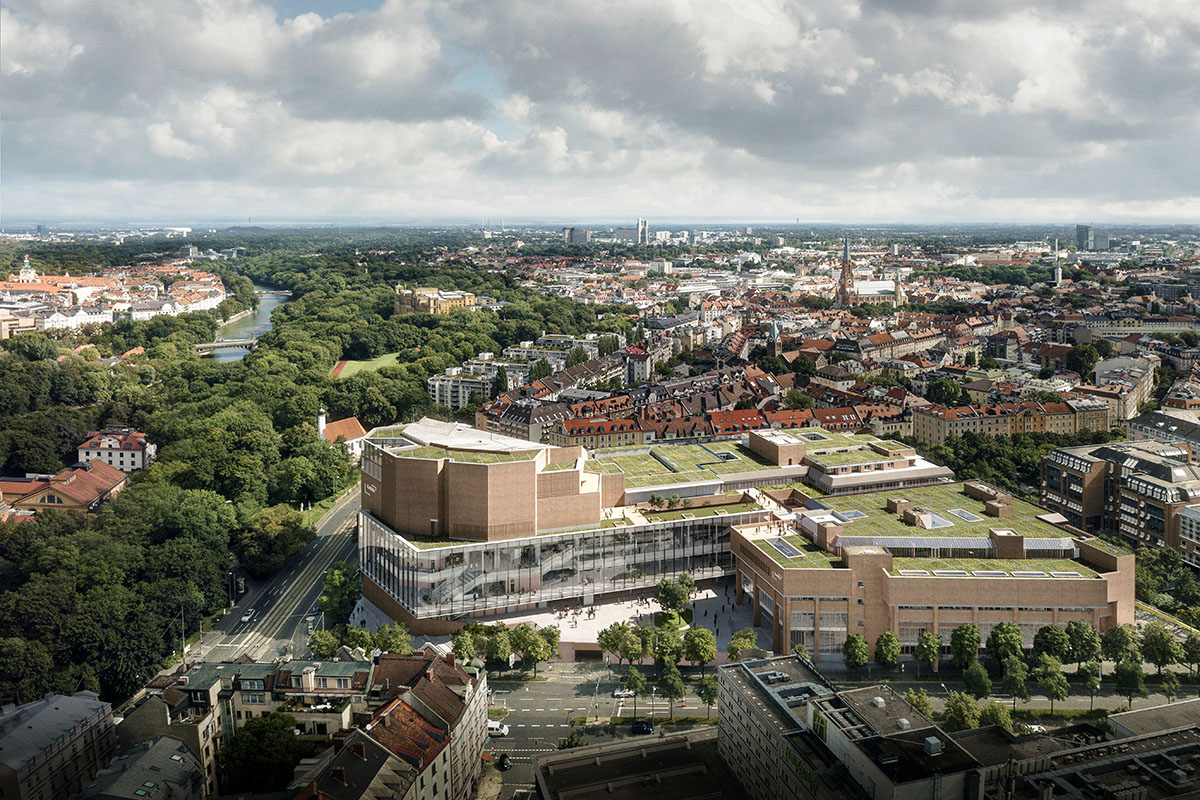 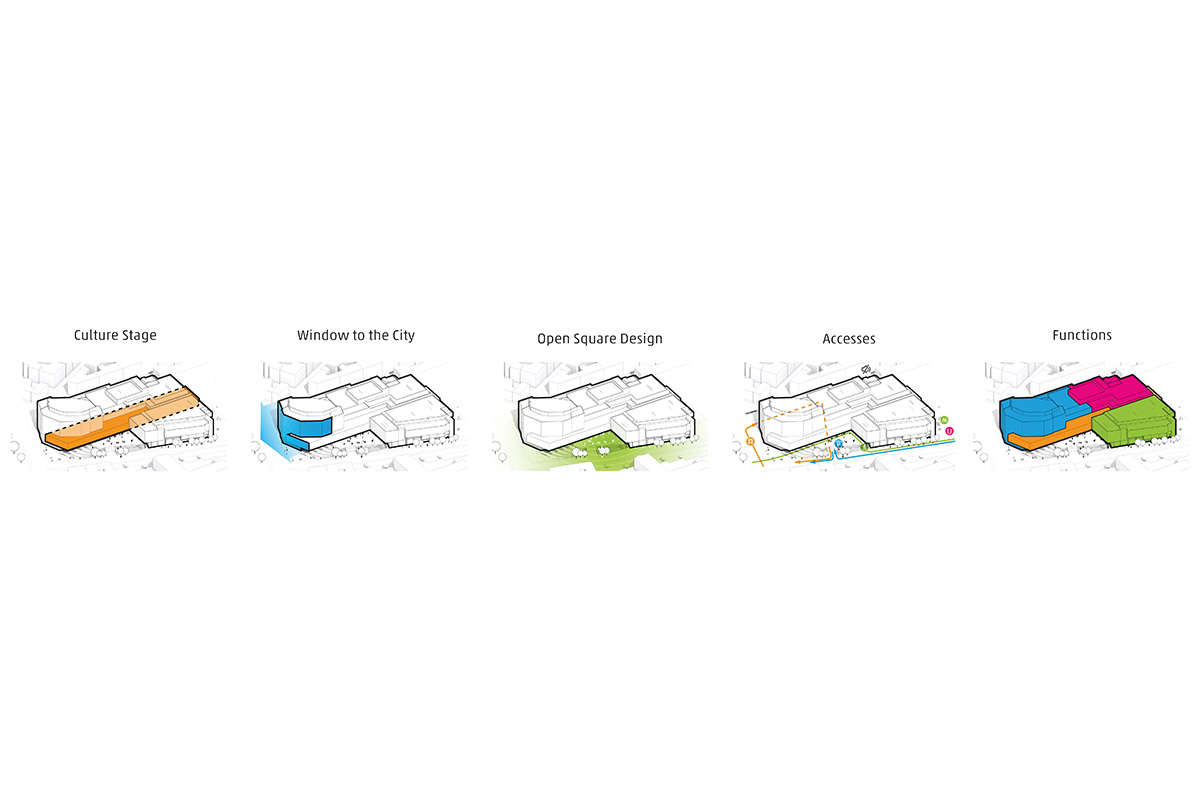 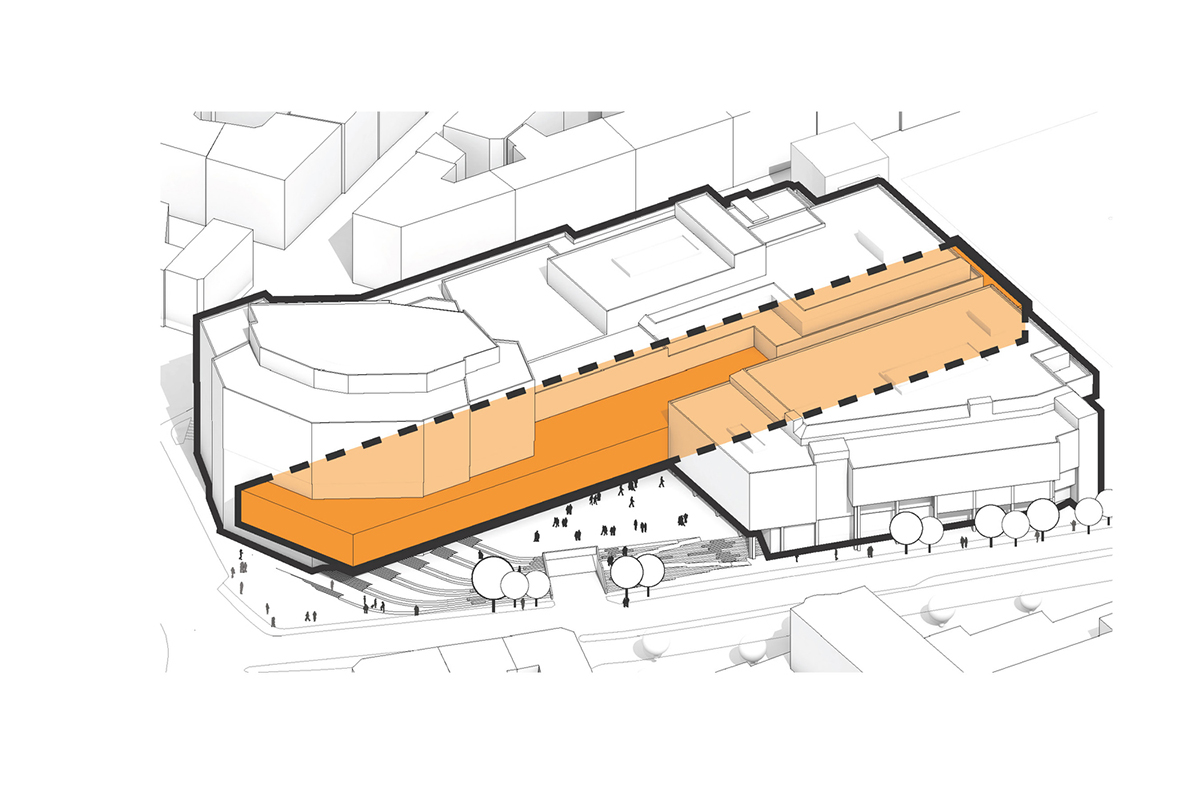 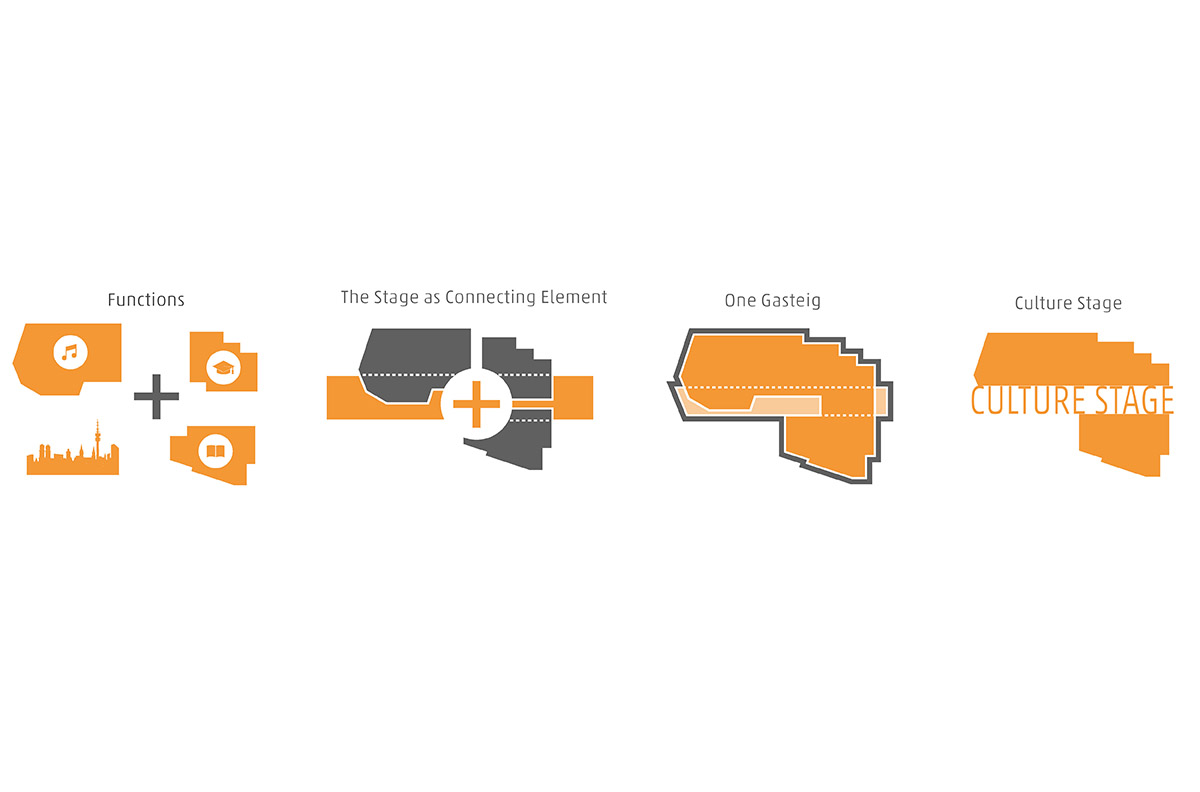 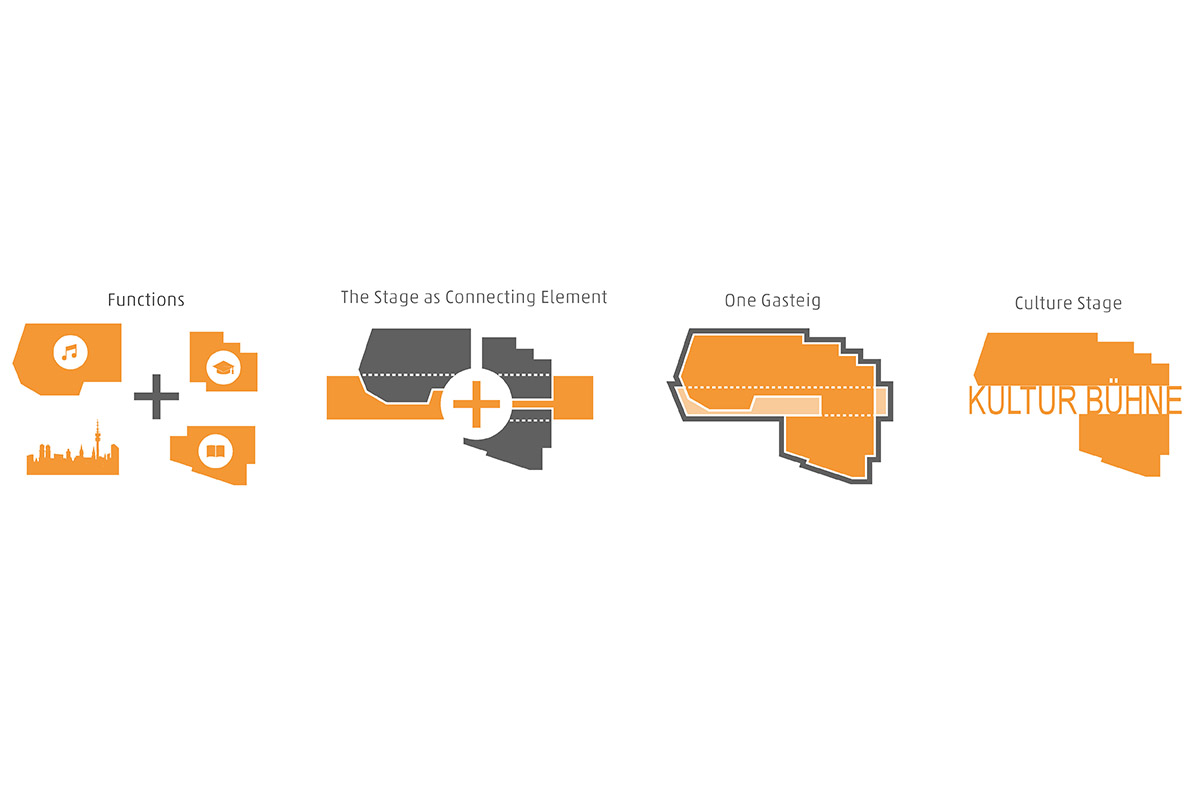 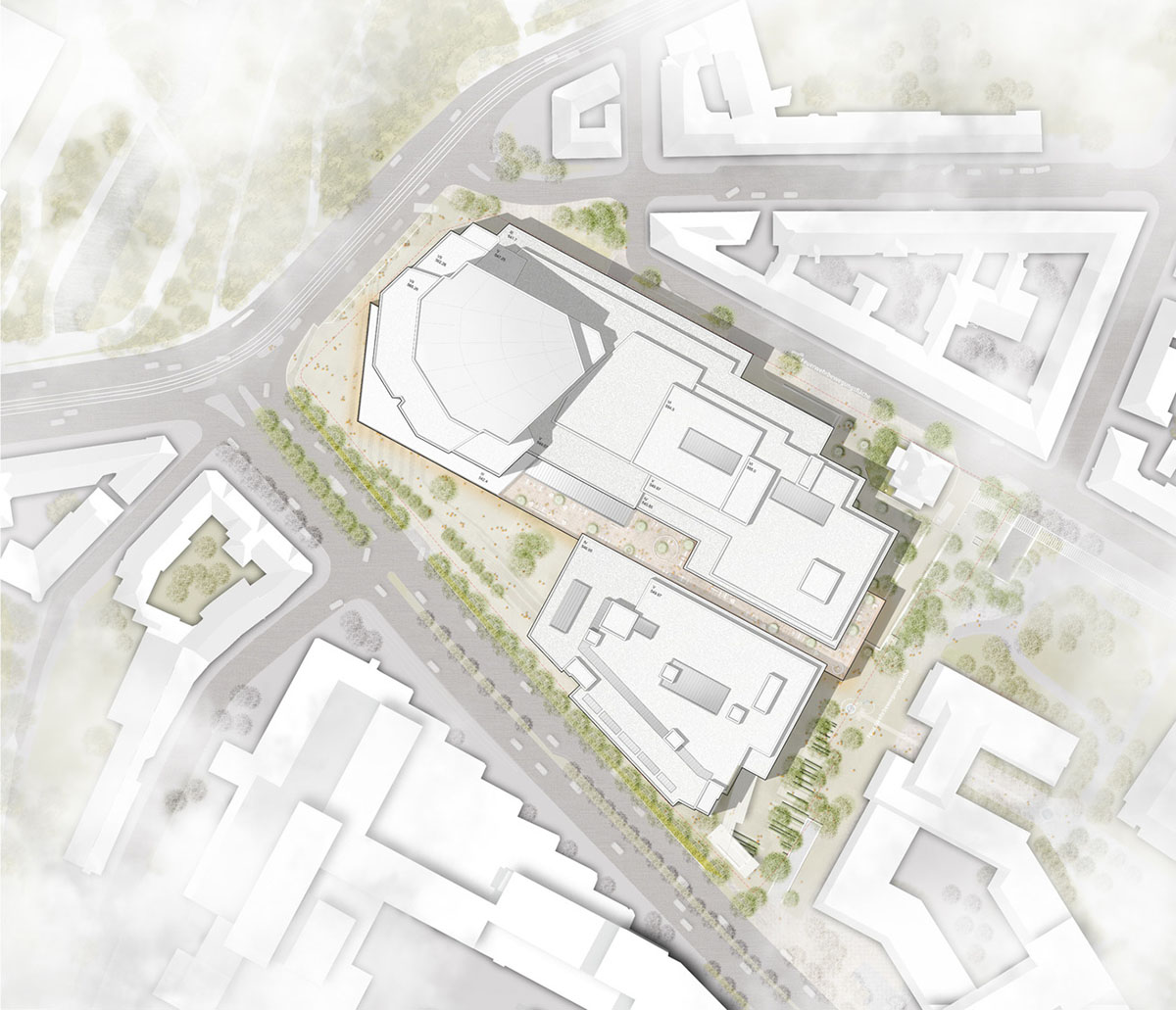 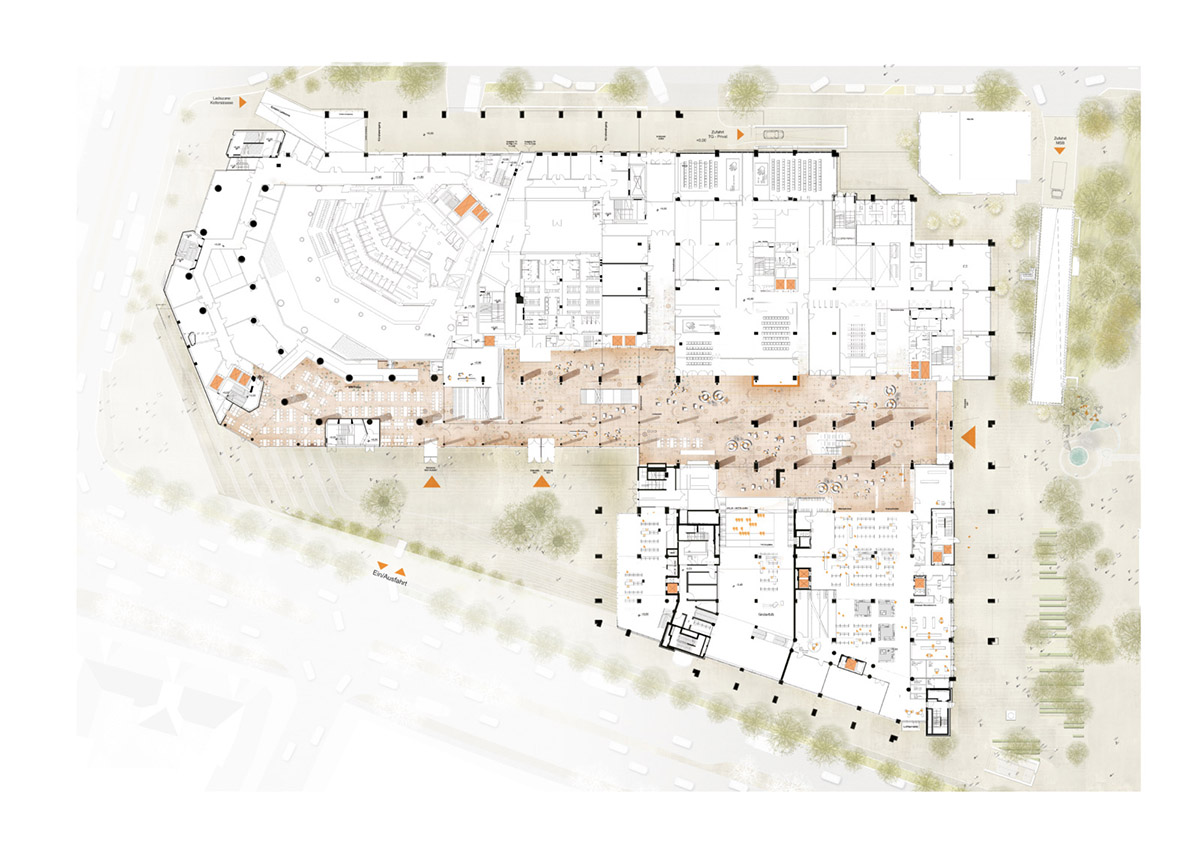 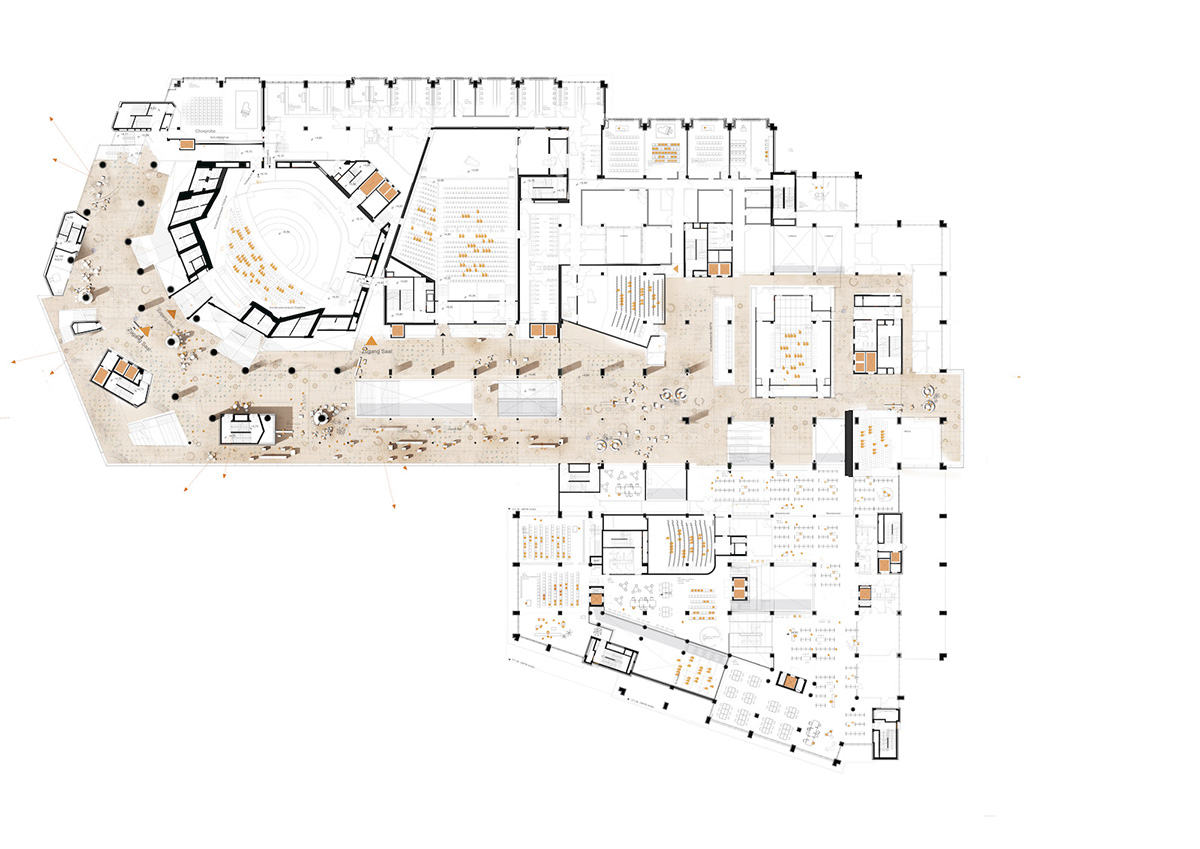 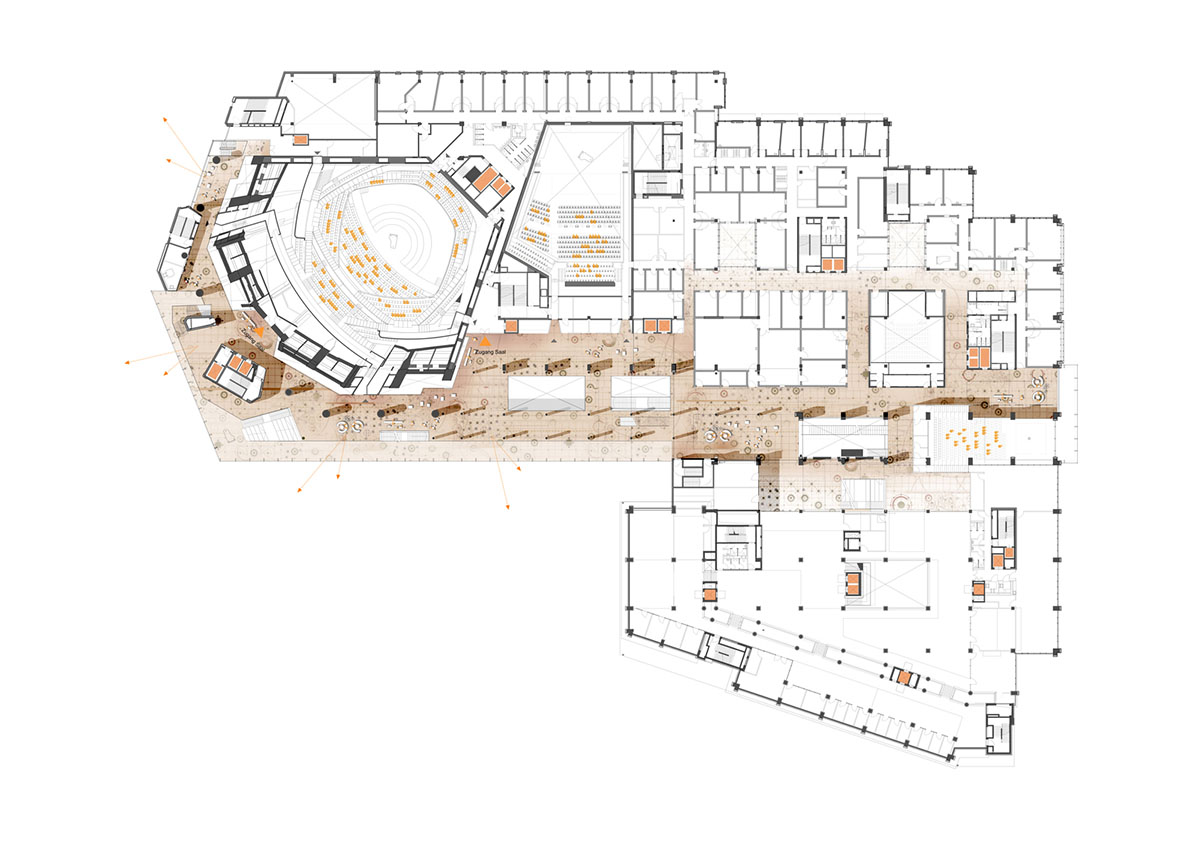 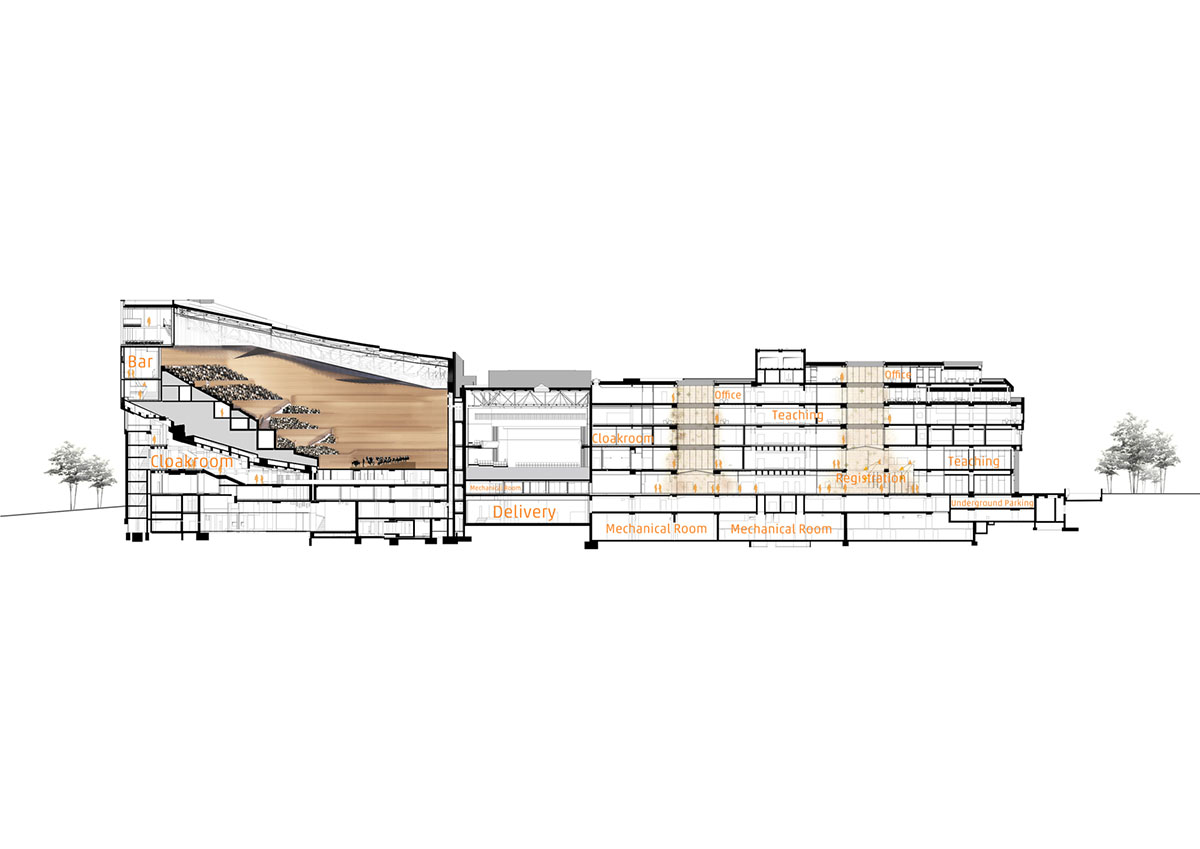 All images courtesy of HENN.