Meloso Restaurant has big arched door and a circular window that attributes to the region's vernacular architecture in Mexico City, Mexico.

Named Meloso Restaurant, the space was designed by arqaz arquitectura and t-unoauno and emerged in response to Mexico City’s earthquake on September 19, 2017.

The small restaurant is located in the town of San Luis Tlaxialtemalco, it is a town that originated from Mexico City that still preserves vestiges of the pre-Hispanic era such as cultivation on ‘chinampas’ (floating gardens). Taking simplicity and earth-toned textures and materials to the core of the project, the restaurant aims to reconstruct memories after the city's earthquake by elevating the concept of "back to basics". 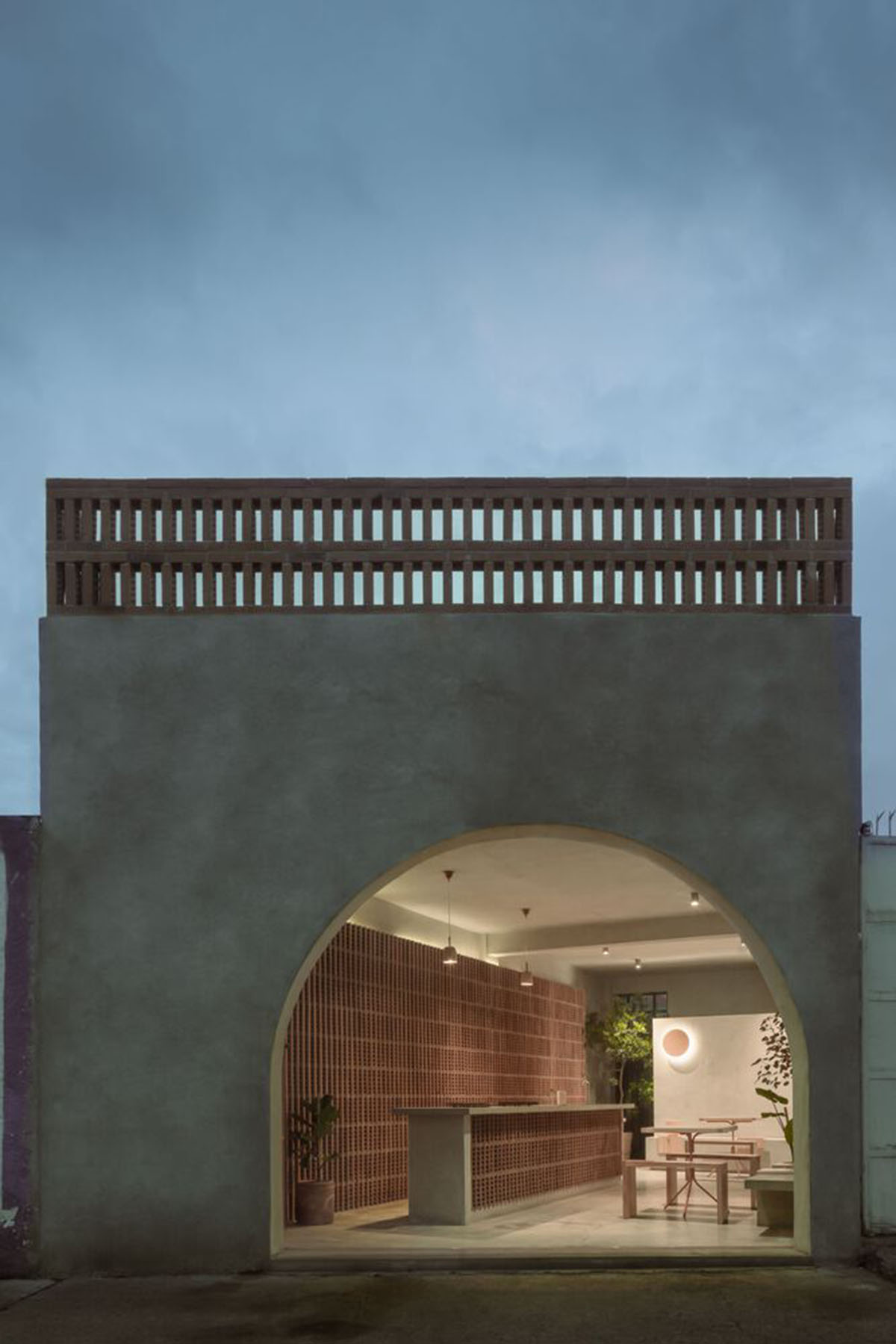 Drawn in a longitudinal layout, a big arch is the entrance of the restaurant where guests can see the bar/preparation stand from outside.

A special brick patterned-wall dominates one side of the space with the bar, while this pattern also complements the smoothness of other surfaces inside. It can be perceived a good balance between vernacular and contemporary. 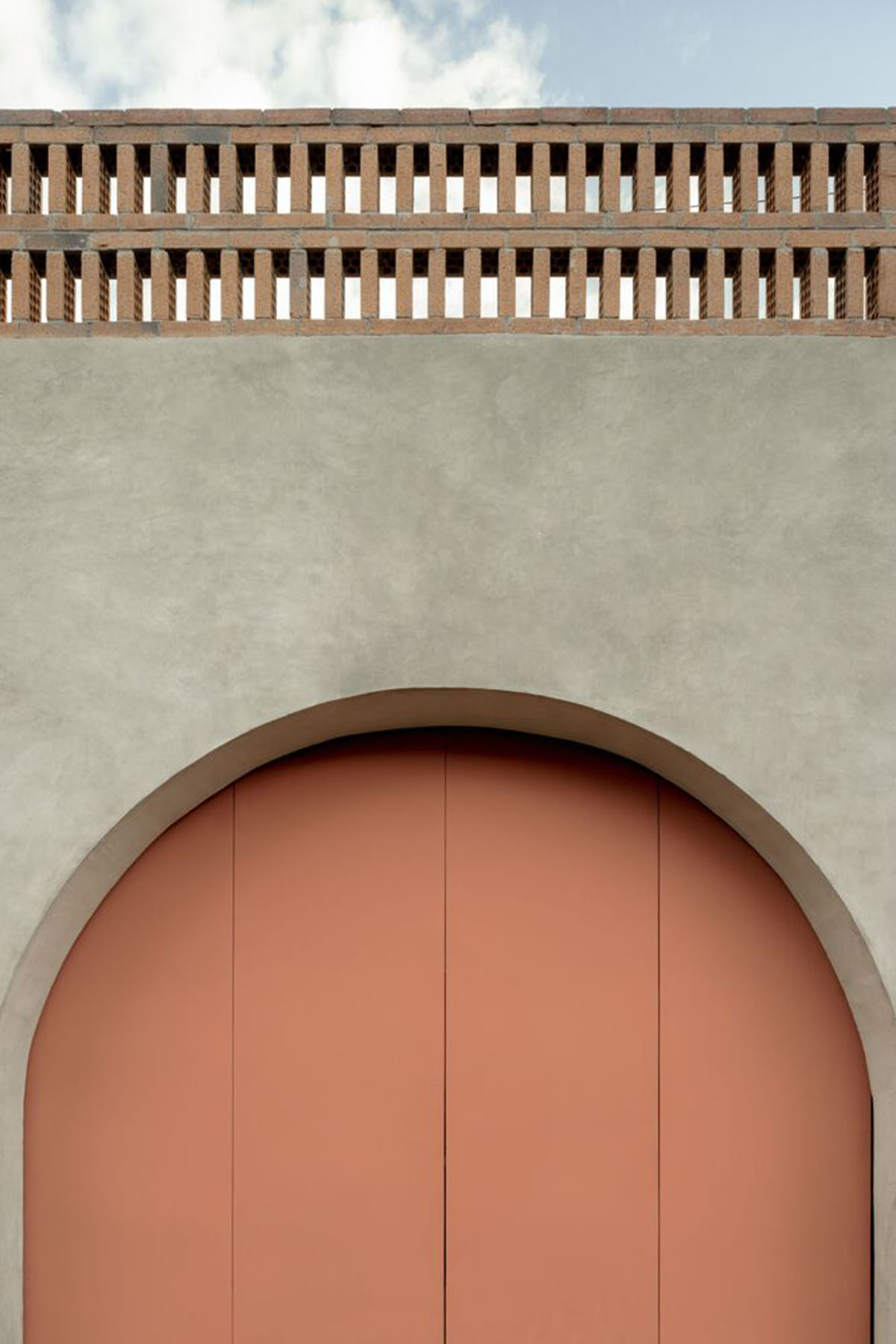 "This town and Xochimilco’s governorship, in general, were among the most affected by the earthquake," said the architects.

"The reconstruction of the government and some foundations is an attack on the memory, a landscape replacement, a substitution of the place with foreign constructions, they have put aside in their design, architectural identity and its inhabitant’s way of occupying associated with their forms of production and their social network that has been consolidated for decades through their patron saint festivities and coexistence in patios and smoke kitchens, imposing a generic housing model that does not take into account its sociocultural context and fractures the customs that give identity to the people." 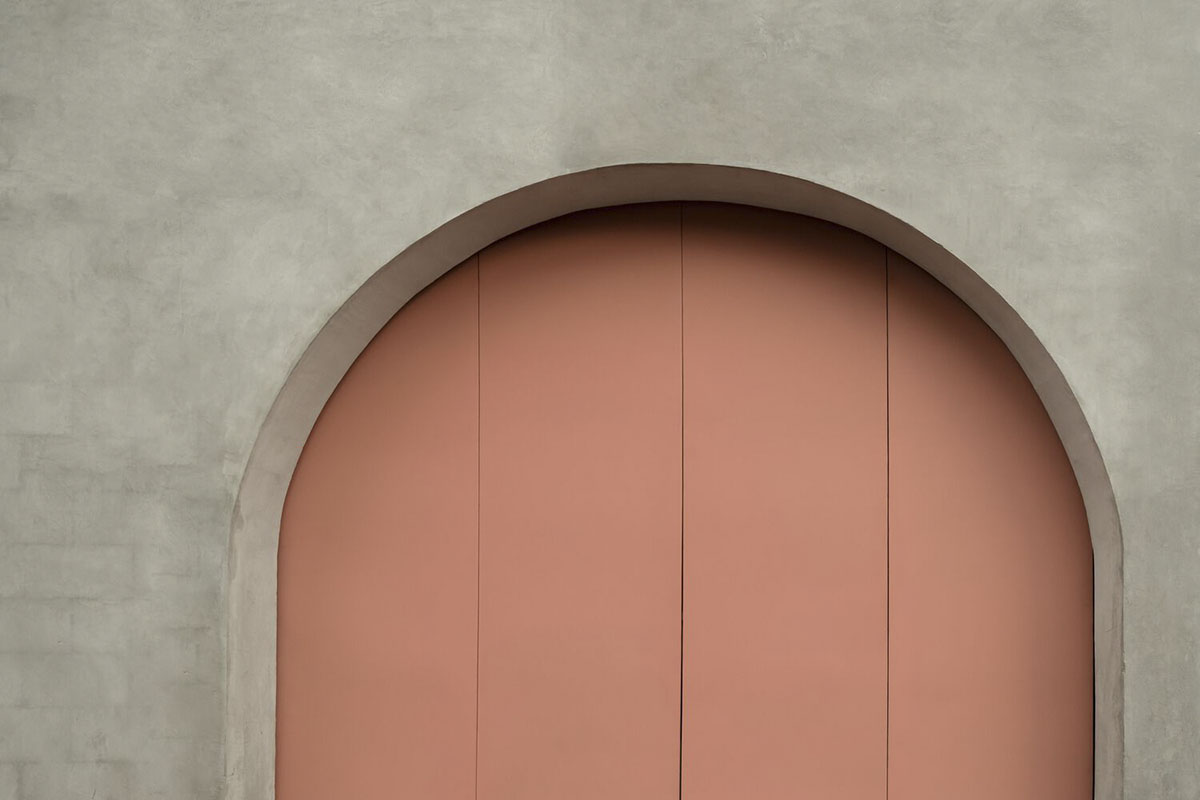 Narrow wooden seating places, tables are placed under a small circular window for guests. A wall at the rear side of the space acting like a separator hides a wc. It is almost a decorative wall, another seating place is attached to it. 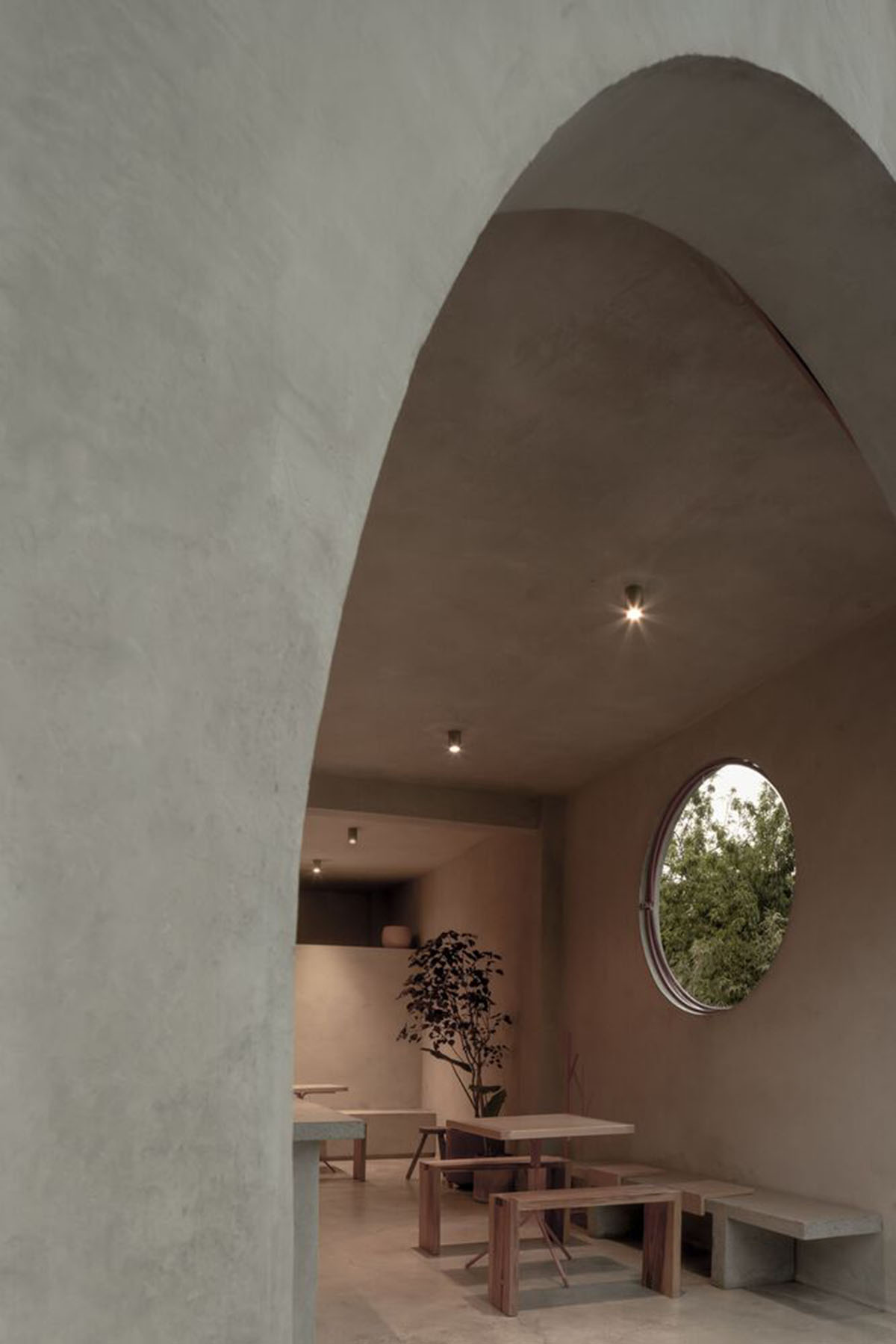 "The furniture refers to and is a tribute to their way of sitting at festivities, which consists in putting wooden planks on stacks of partitions," added the architects. 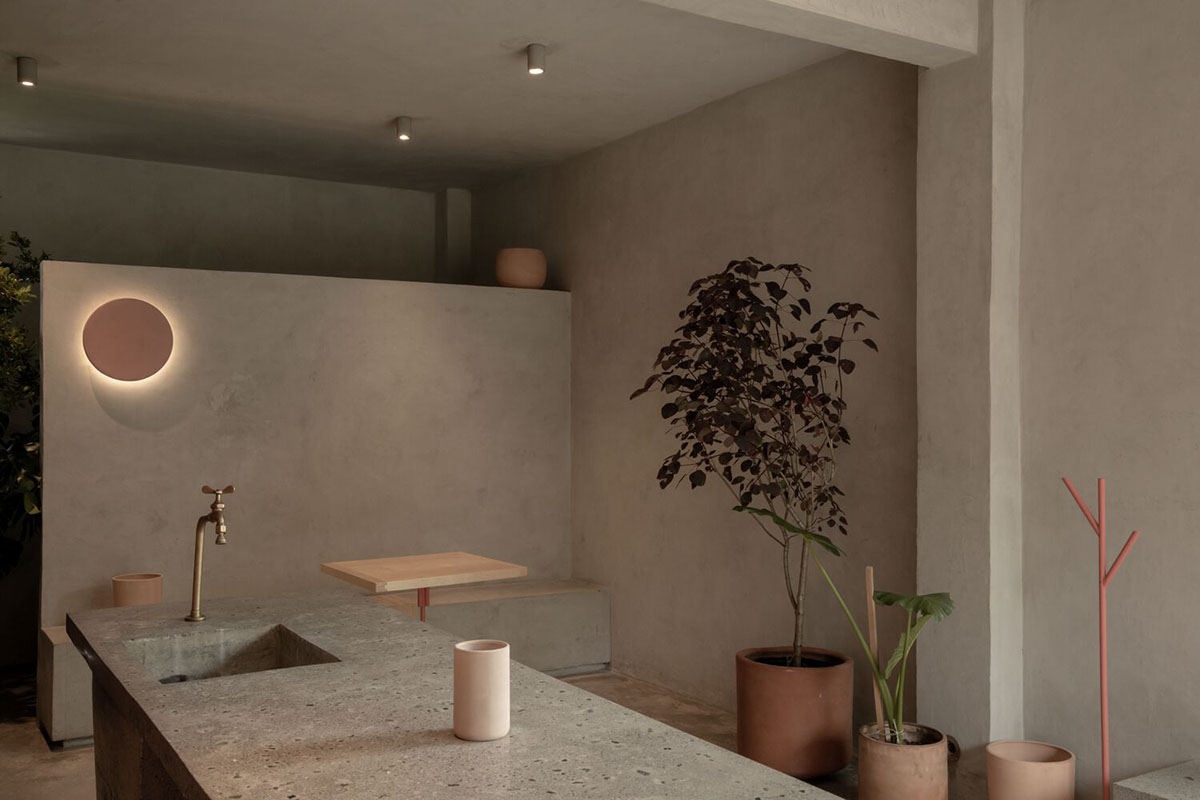 As the architects highlight, "Meloso's proposal arises from this reflection, which is why we pick up the thread of the site’s vernacular architecture gestures and take its tectonics up in the use of wide walls and mud that make up the raw material with which the space is intervened, giving new life to the materials and their possibilities of building elements are what make what is built contemporary, but at the same time timeless." 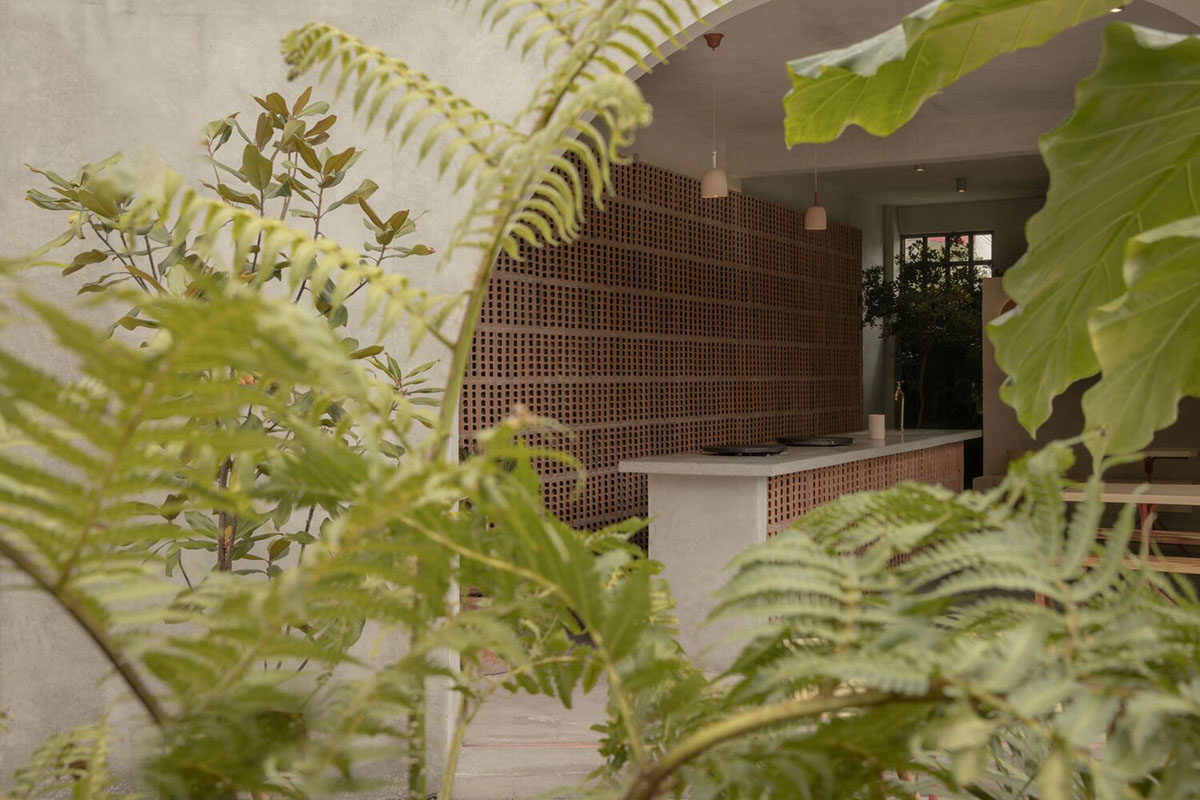 The restaurant is designed as a cozy and intimate place that seeks silence and reduces its design to the basics, the somewhat obsessive repetitive use of materials makes a synthesis of simplicity. 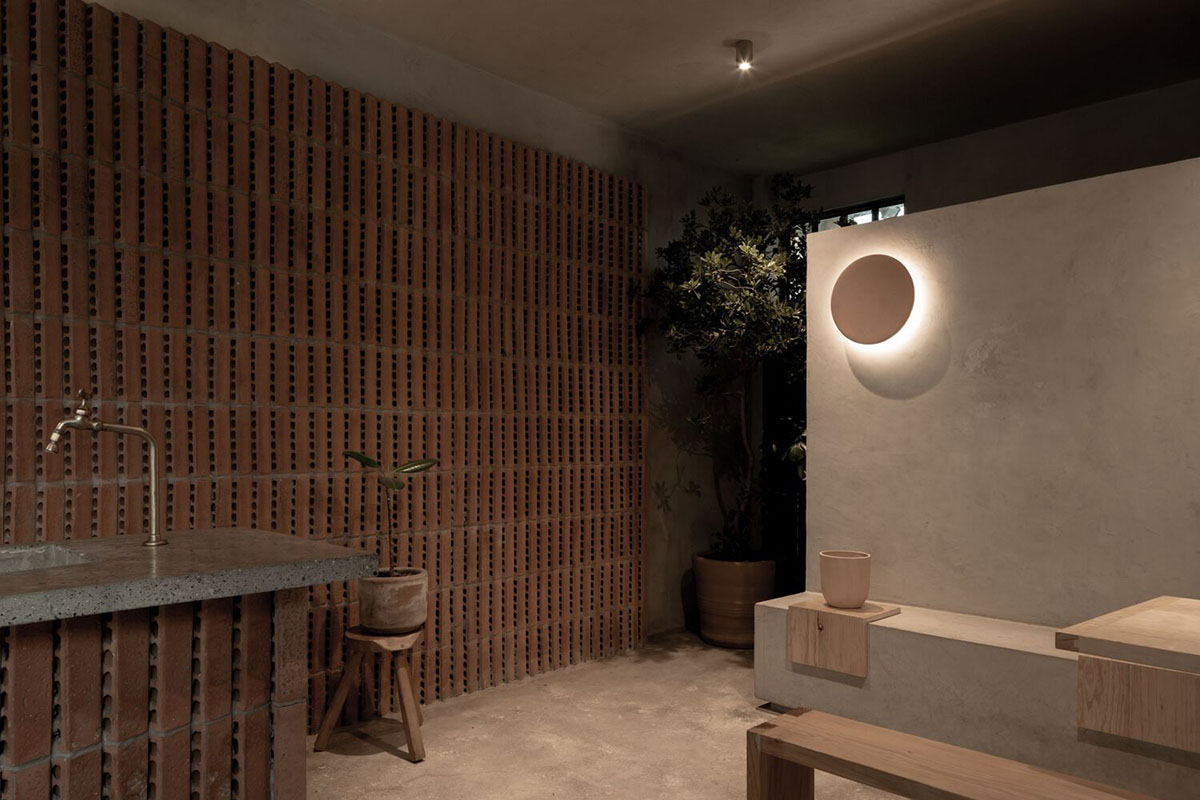 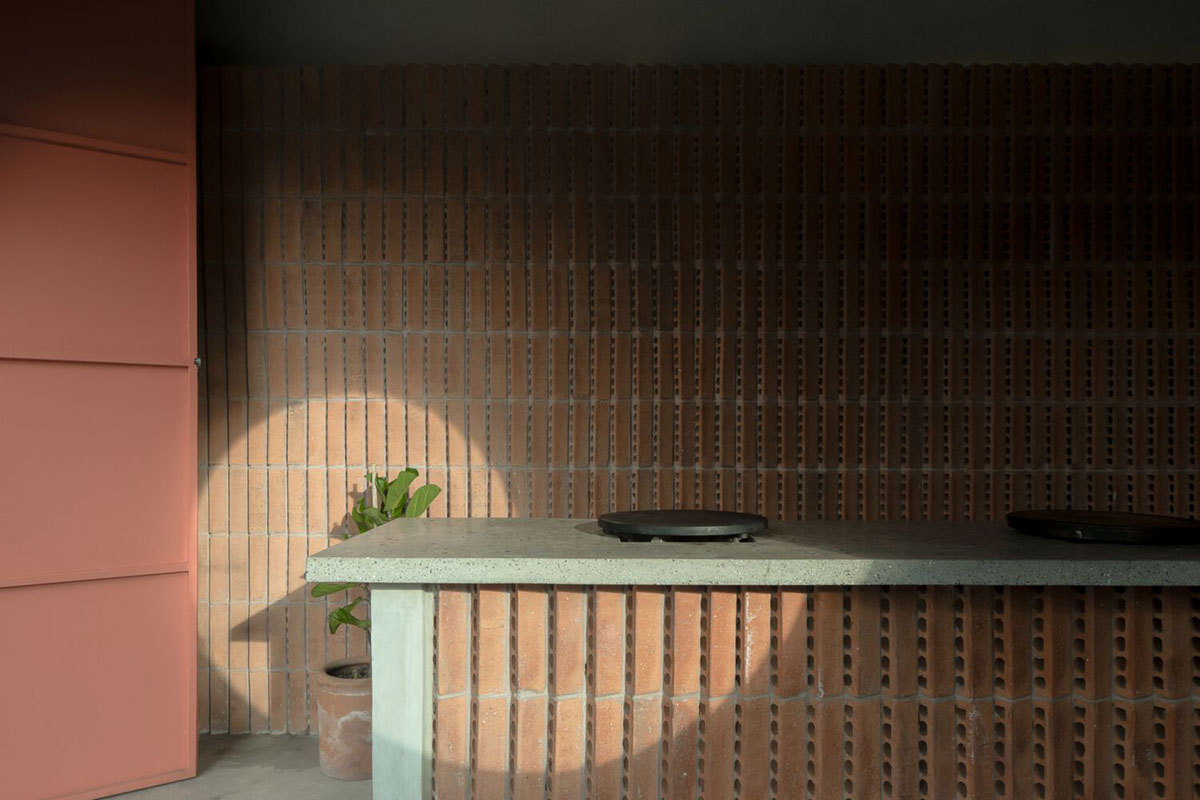 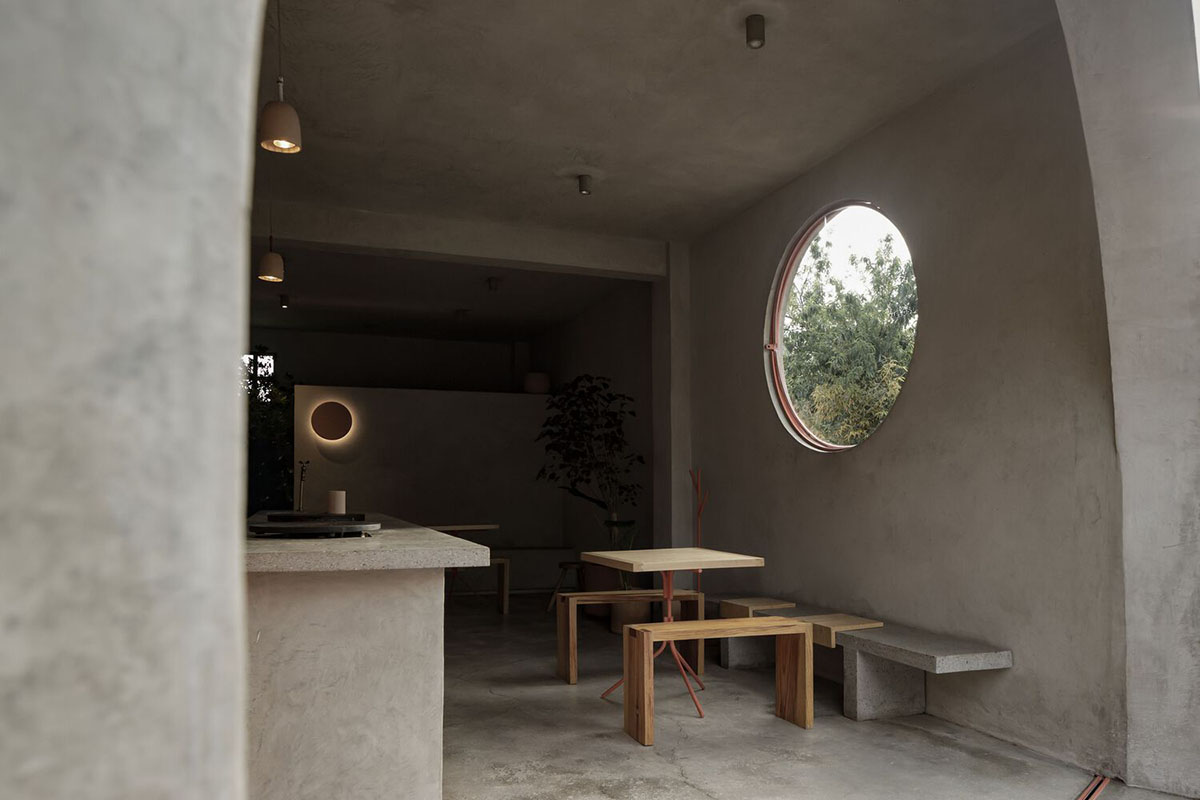 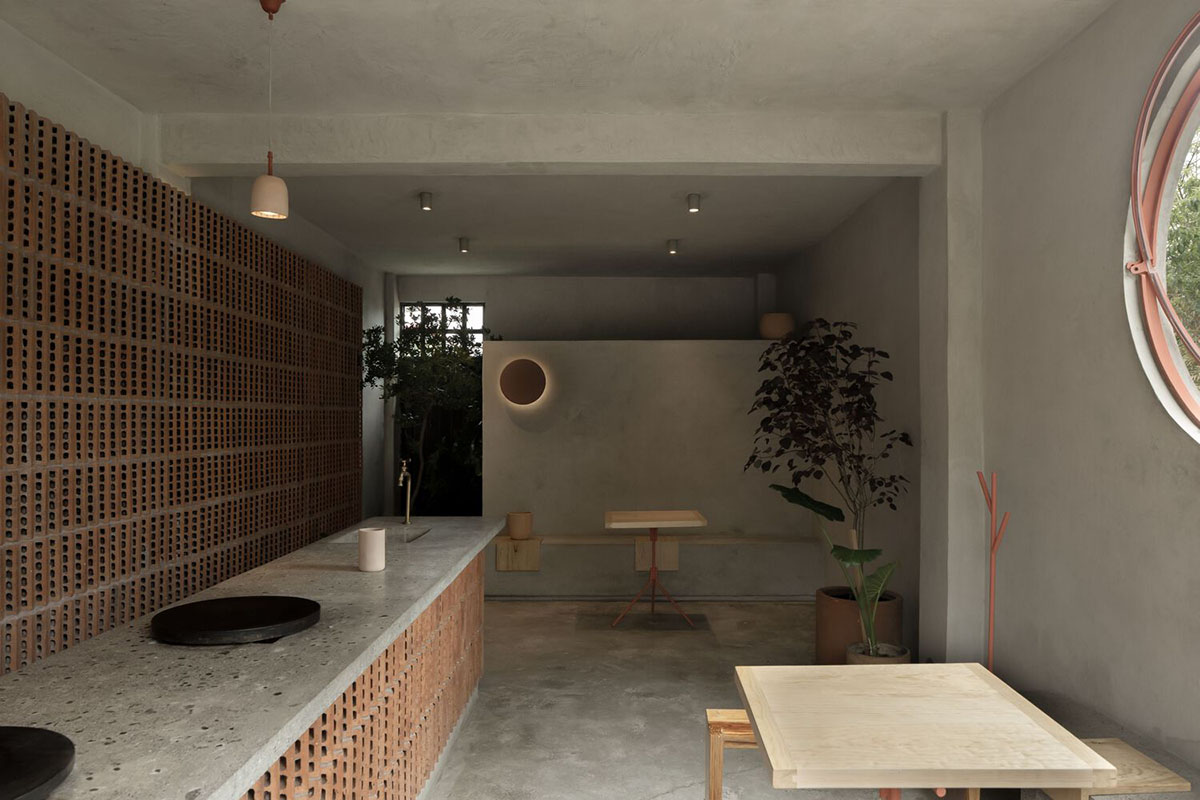 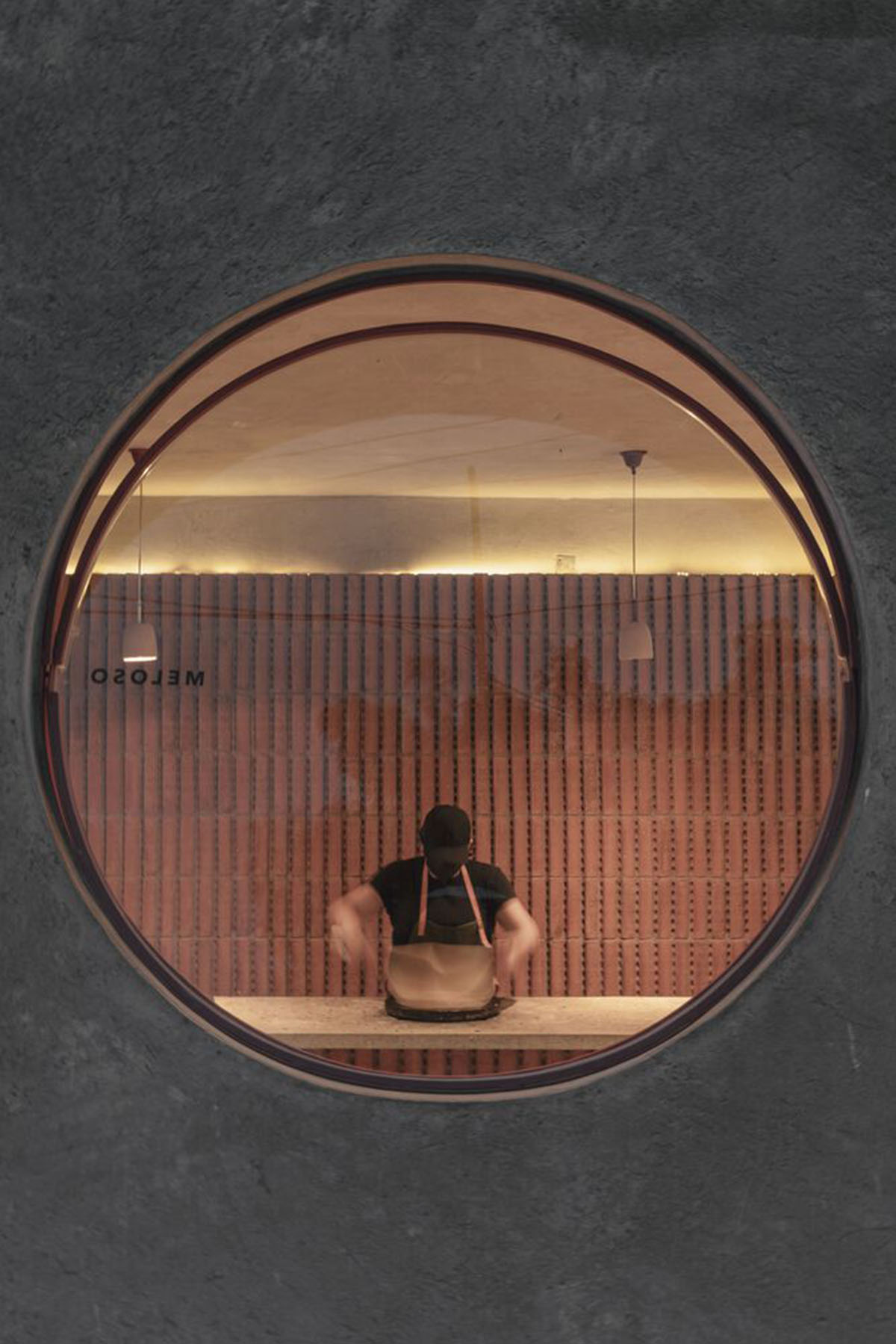 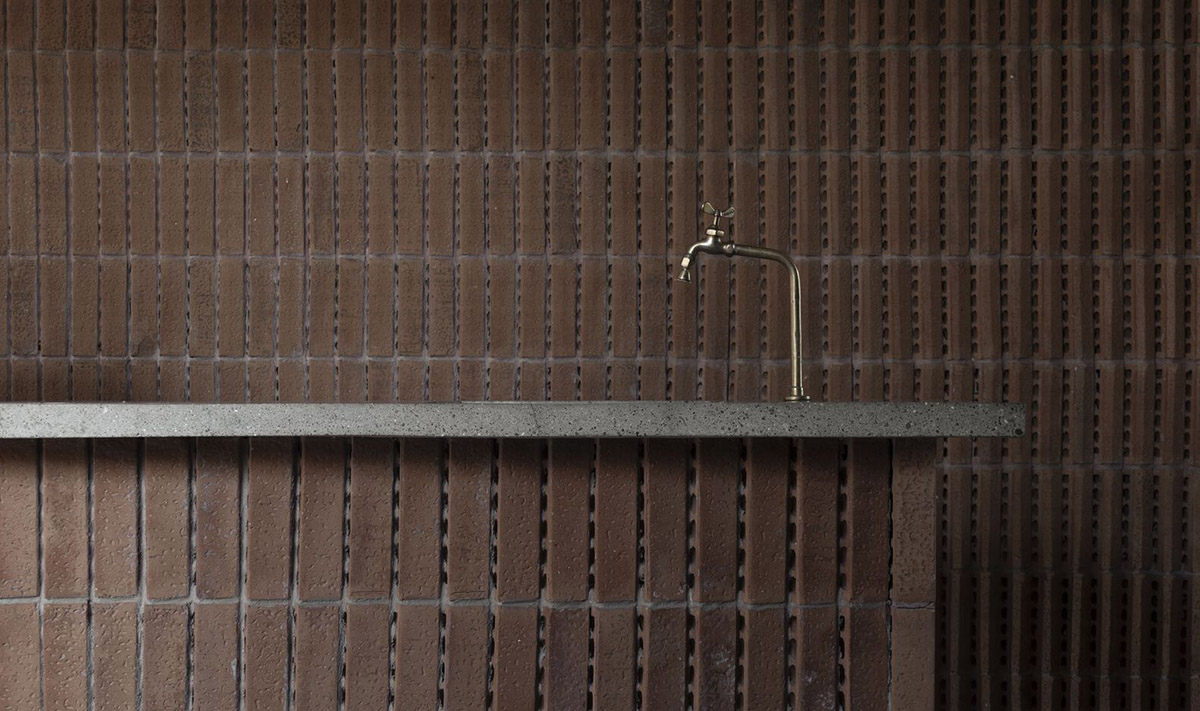 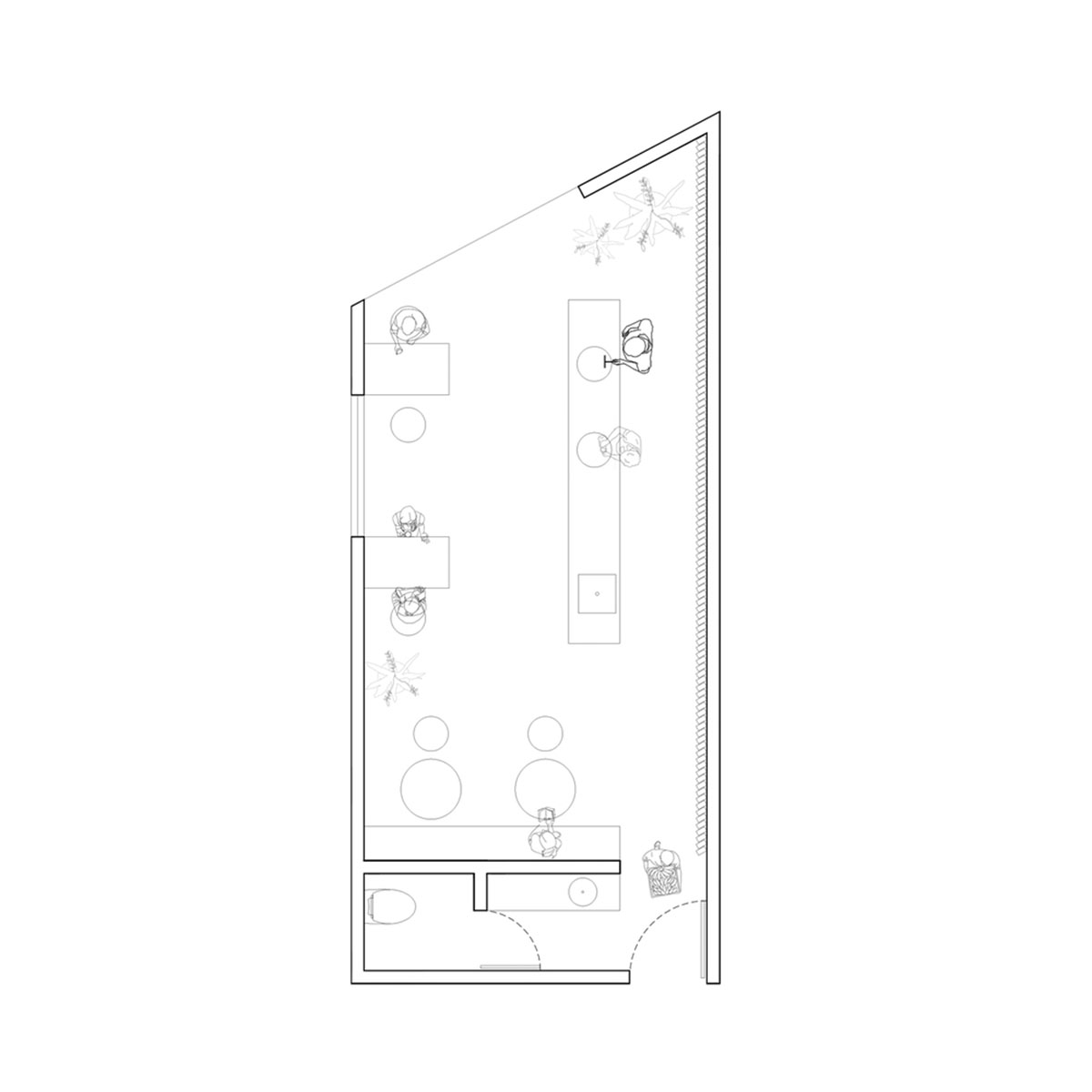 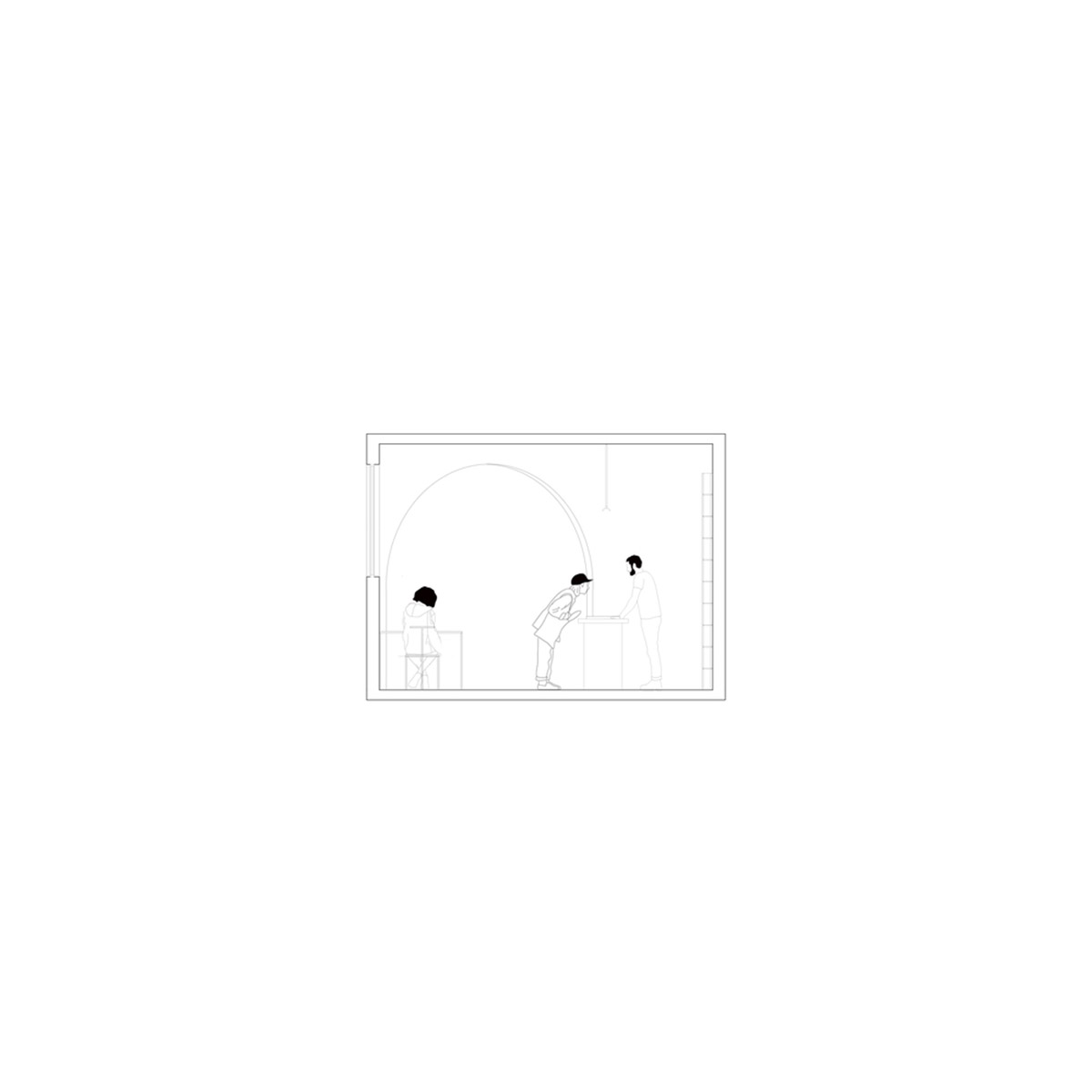 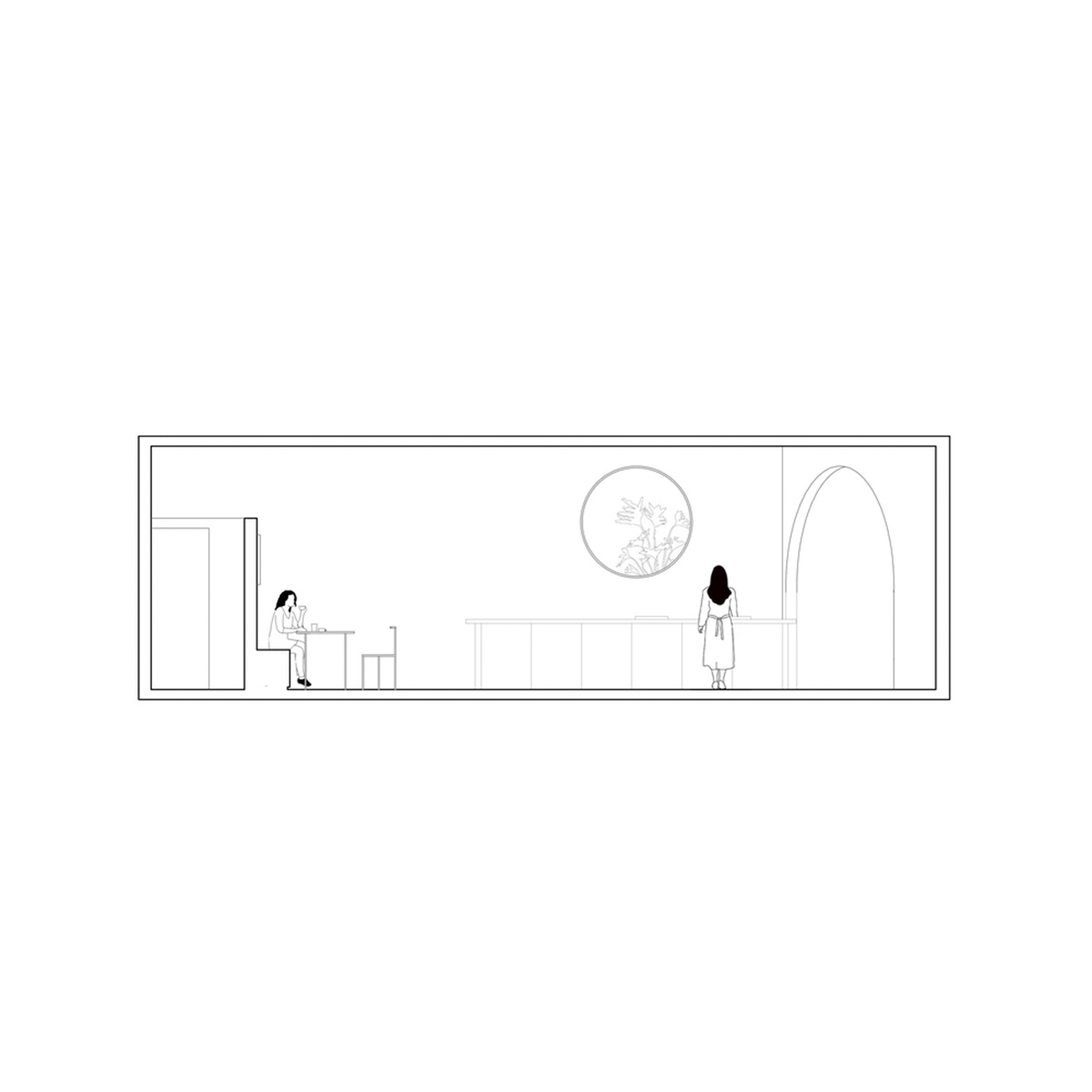 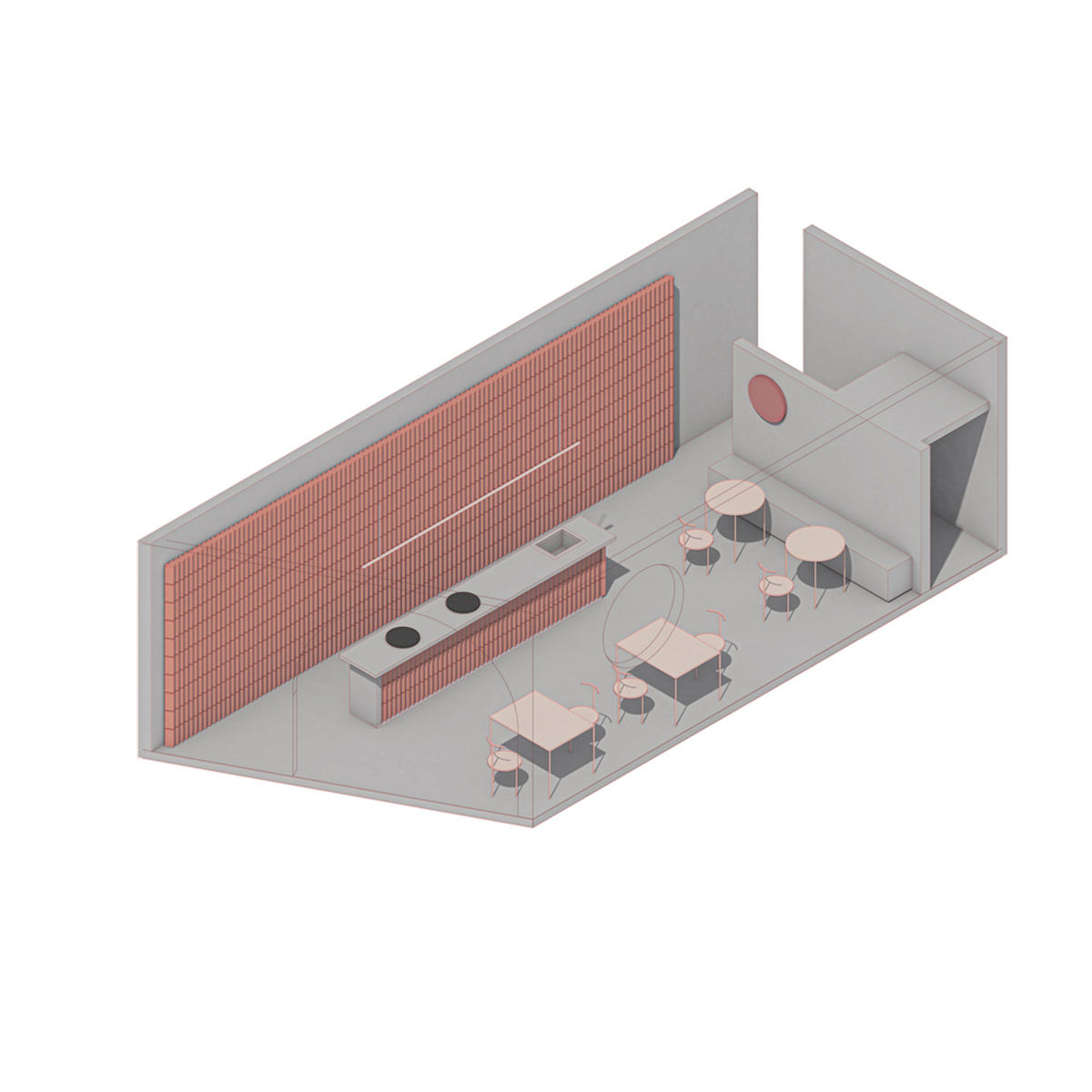 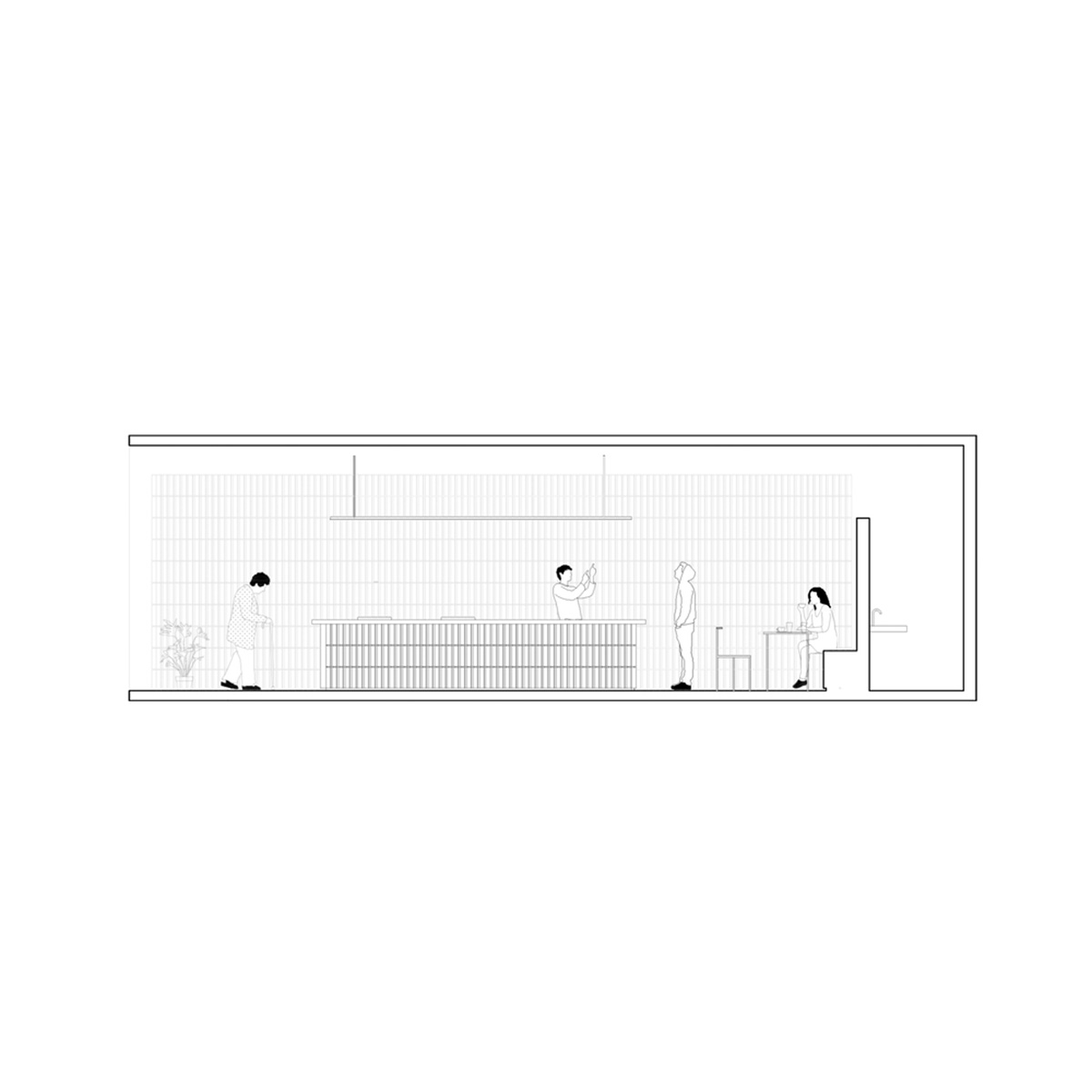 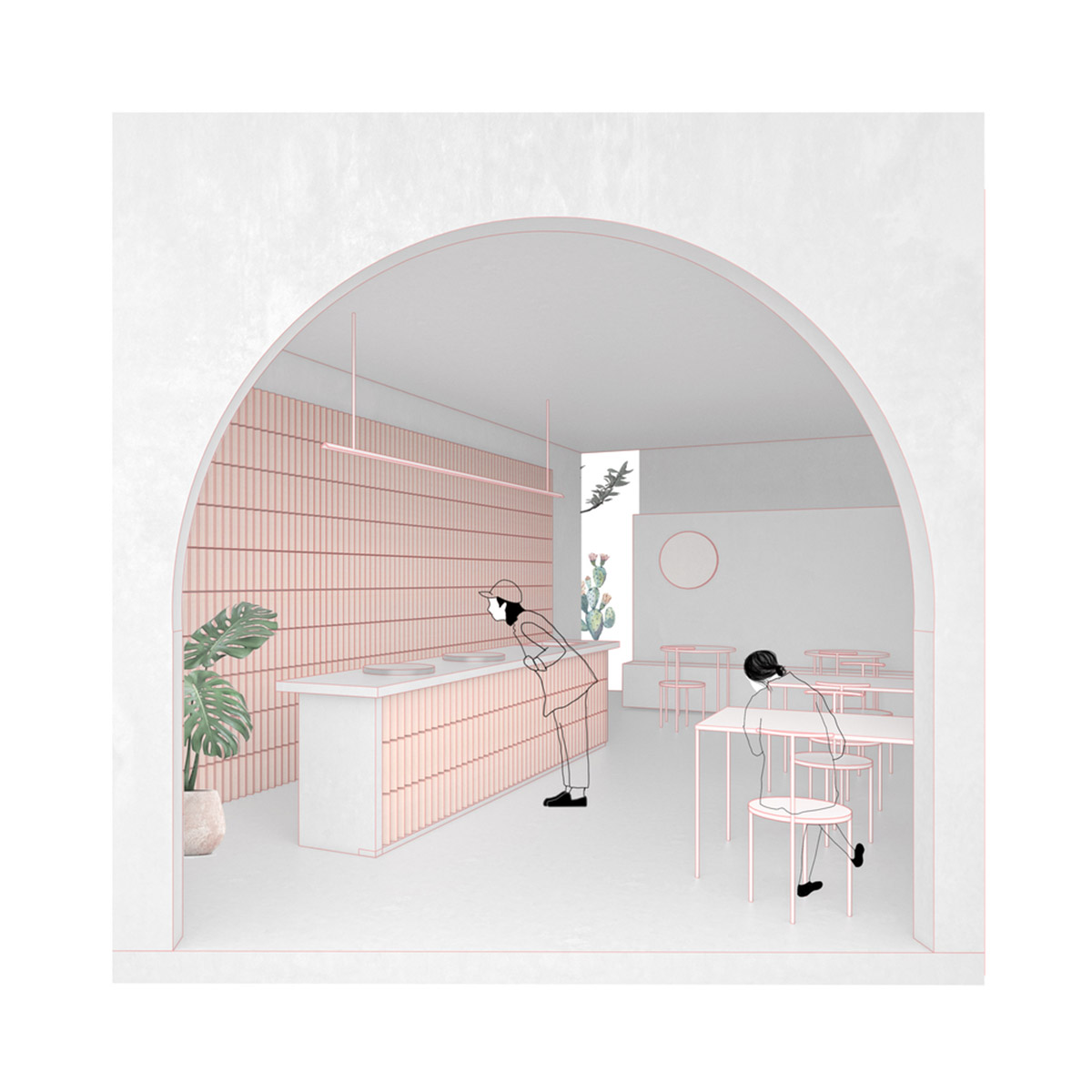