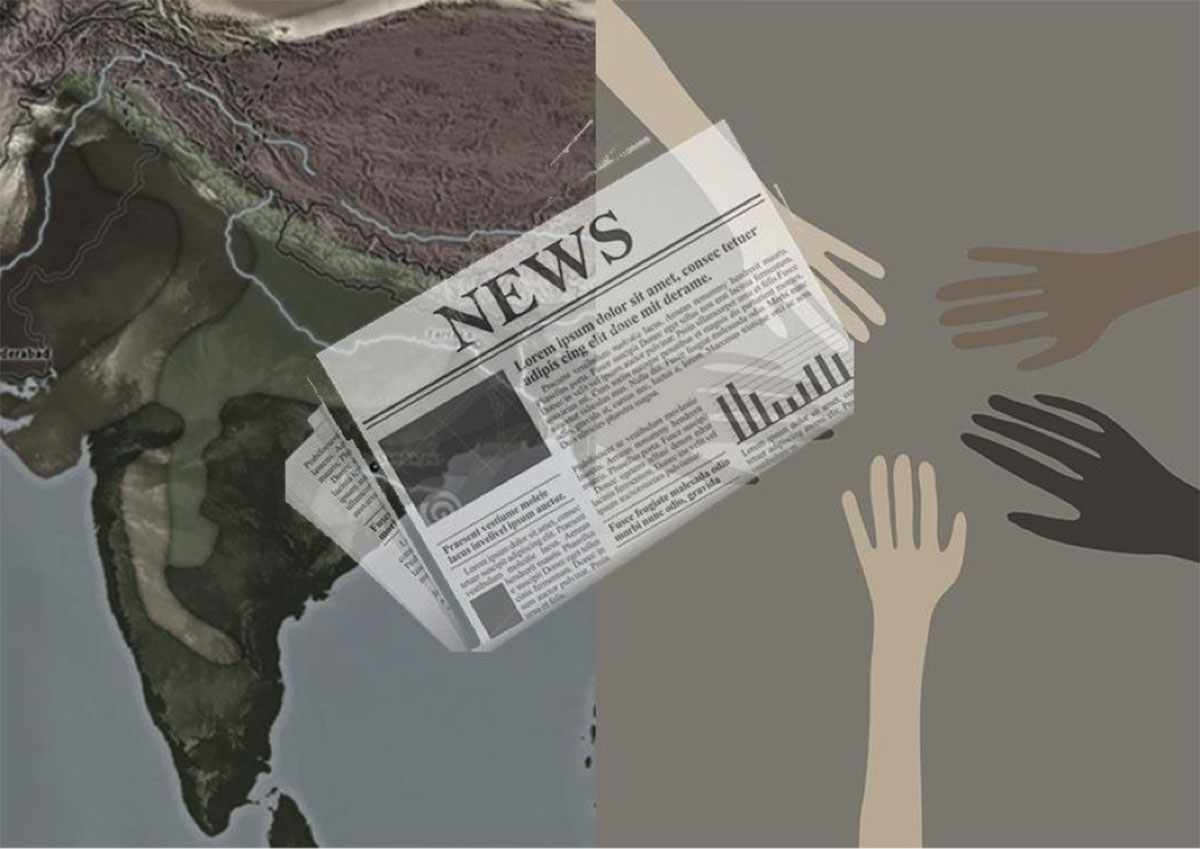 In this exclusive piece, WAC's former deputy chief editor Varun Kumar evaluates the importance of WAC's Country Editors/Reporters program, explains details why the program is important for emerging writers, while providing an overview about architectural journalism in India.

Being a writer within architecture, and in an Indian context, I feel that we lack sufficient coverage of our geography’s architectural developments. The Indian subcontinent promises a treasure trove of architectural variety in terms of pedagogy and practice. This is unlikely to be found in today’s trending and popular architectural media.

However, this opportunity may go away unnoticed by our community of architects who encourage writing. The result- we’re continually overshadowed by trending architectural media and they appear as the only space to work with.

Across India’s struggle for Independence, the pan Indian foreign supremacy and administration was gradually rooted out by several journalistic and literary publications that highlighted Indian essences. The foreign supremacy was dialled down gradually by unearthing its imperial intentions. Ever since India is known for its indigenous efforts to take the position as global and local experts in any field.

On that note, architectural journalism in India is marked by the large scale presence of expensive educational and non-fictional books, commercial magazines and digital content publication. We would all acknowledge how magazines and journals are havens of advertisements and project presentations that bore the charges of print media featuring. The design ethic and attitude today is driven by strife for commercial prowess without which presence in the profession in India isn’t sustainable.

It’s also a constant tear apart between commercial publishing to make a living and the want for artistic and social authenticity in our publications. Here, commercials tend to become the imperial entity we’re all saddled with, which needs uprooting by more written efforts about architecture specific to India.

In Indian architecture’s early days, print media was the sole informer of our profession. However, digital media’s take over has not spared architectural journalism too. Now, thanks to the pandemic, we have witnessed more print magazines going virtual. This only pushes print media to grow even more commercial for it to survive.

Overcoming tendencies to "Stagnate" is a booster

Evolving towards professional mastery of authoring skills may likely consume a sizable amount of career time and personal spirit. It’s not wrong for an emerging architectural journalist to feel lost or overwhelmed about the pending content that could be covered in India, being the mighty subcontinental entity that it is. And this feeling is likely to set in after the time that one saw through for reaching a level of authorship.

Wide coverage of Indian architecture can help break the many similar-looking bubbles of professional and educational practice that may exist here. A student would also agree that wherever they go across India, it’s not uncommon to find the same misgivings seen in architecture elsewhere in the country. We understand that such scenarios exist across all disciplines of study and practice thanks to the retrofitting of global growth trends.

On the positive side, these conditions are highly ripe to initiate illumination of what Architecture in India truly has been and can be. India has ever existed as a crucible of ancient and modern wisdom over which contemporary economic issues are sprinkled. One example is the long-stagnant design and construction industry against a churning of our architecture graduates. Almost like existing in a parallel universe, rural infrastructure in India lays neglected as it has been for centuries. The point to note is the coverage of architectural conditions specific to a subcontinent’s community, unearths the opportunities hidden in our problems.

Being tropical and subcontinental humans with roots in our culture and society, powering past the hesitations to reach fluency in authorship is one stagnant phase to overcome. Secondly, authors are faced with digital and print commercials accompanied by laborious content writing gigs that are the only monetary options for architectural writers. We certainly do have rich researching and built environment analyses to take up as a writer’s role. They are however fewer in number and may go past as uninteresting for the bulk of the large student mass in India’s architecture education. Do we hence need more opportunities that don’t require us to be privileged with skills and chances to be a part of the few authentic agencies that perform the art and not workout just the commercials?

The need for more literature and reporting in architecture

In India, over 500 certified architecture colleges have been functioning. The earliest of them, widely agreed as the best in the country for teaching and learning, opened in Ahmedabad, Mumbai, Delhi, Hyderabad and Chennai. Some of the stalwarts of the profession, over India’s recent history, have emerged from the academics of these places. Some of the currently popular architects and offices are also largely from these places, in addition to Kolkata, Bangalore and the state of Kerala. These are also the geographies where ‘textbook architecture can be seen.

India also has seen large scale urban infrastructure development drives in many cities and towns, that aren’t necessarily associated with this organically evolved inceptions of ‘textbook’ architecture education and practice in India. The development drives are the country’s market economy produced by capitalists and the government. In this background, Indian students bear half-hearted awareness of the profession and the relatively substandard educational years that just went by as they graduate. In addition, is the pending inter-personal growth for advancing themselves through their career.

These conditions also pose some important questions that have been perhaps unanswered and poorly communicated about to the younger bunches in Architecture in India. Is there enough didactic literature available in our architectural education? Do the profession’s practising and journalistic domains work together to portray comprehensible examples for the budding generation? Are Indian students and practitioners across a tray of cultures here united through any knowledge sharing resource?

Local reporting is not only about putting national news on the map, but also bringing a country’s regional news to greater light. We can find urban literature easily accessible thanks to its global character. We however need more encouragement to cover regional aspects of architecture in India and connect them with routine media consumption, thereby avoiding marginalization.

I found my passion for writing amidst the waves of sparkling visual presentations in architecture college. Visuals are best comprehended by humans as they tend to the senses. Literature however encourages our mind to develop images of what we read. Writing demands painting with words, unlike sketches and renders. And I learnt that words live longer than pictures.

My first and currently longest position as a writer was at WAC. The platform has provided all the time and space for a self-learned effort on the art of writing. The country reporter/ editor’s program was a space to learn writing by reporting and commenting on projects, events and affairs associated with architecture in India. As I conclude my term at WAC, I also understand that I am entering a bigger world of writing about our present state of society, the built and natural environments. Besides, I had the opportunity to collaborate with WAC’s chief editor, Berrin Chatzi Chousein, to coordinate the publication of international press releases while she was on journalistic travels.

My time at WAC was particularly suitable for me as a volunteer since I placed my writing activities here around my time in professional practice and higher study programs. The way it worked out for me, practice and studies have co-existed with writing at WAC, helping the three feed each other.

Since its founding too, WAC has been a catalogue of reports and essays on various architectural projects and discourses around the world. Besides its international news coverage, WAC’s catalogue of community-based architecture projects is constantly built by a network of volunteering architectural writers across many continents.

Being exposed to a unique program like this when my writing career was nascent, has reaped benefits for me in terms of nurturing my skills and developing promise as a journalist. As I pursue my following efforts as a journalist in a subcontinental location like India, I would be happy to provide resources and encouragement for aspiring writers. I believe this would contribute to building awareness about covering Indian architecture to its depths, which I am yet to see too. WAC’s writing program serves as an exclusive example of enabling skill nurturing for emerging writers from the pockets of geographies like India, which go unnoticed in contemporary trending news.

Cover Image © Wikileaks and Help Those In Need.

If you want to apply to the WAC's Country Editors/Reporters Program, you can read WAC's application details on this page and send your application accordingly.