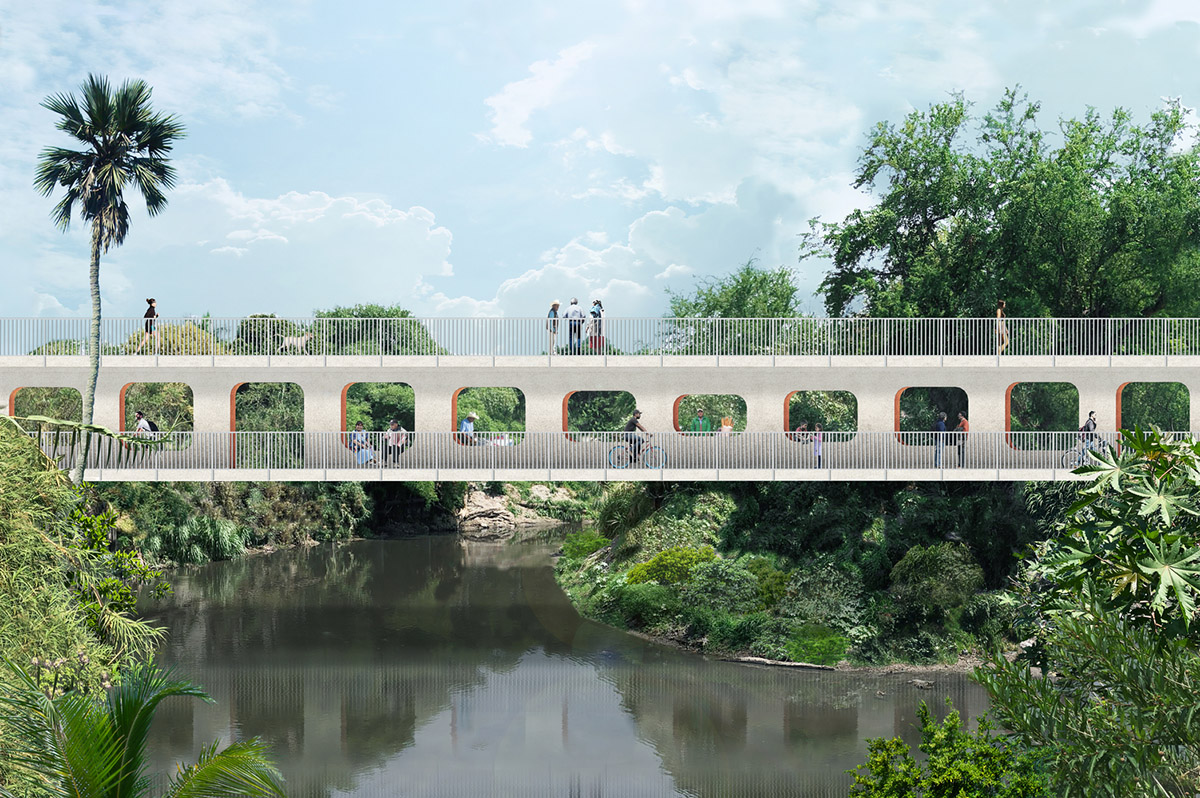 The 145-metre pedestrian bridge will connect the eastern zone and downtown Jojutla, which had suffered structural and environmental damage. OMA's project will mark the 4th anniversary of the earthquake in the development efforts of the project. 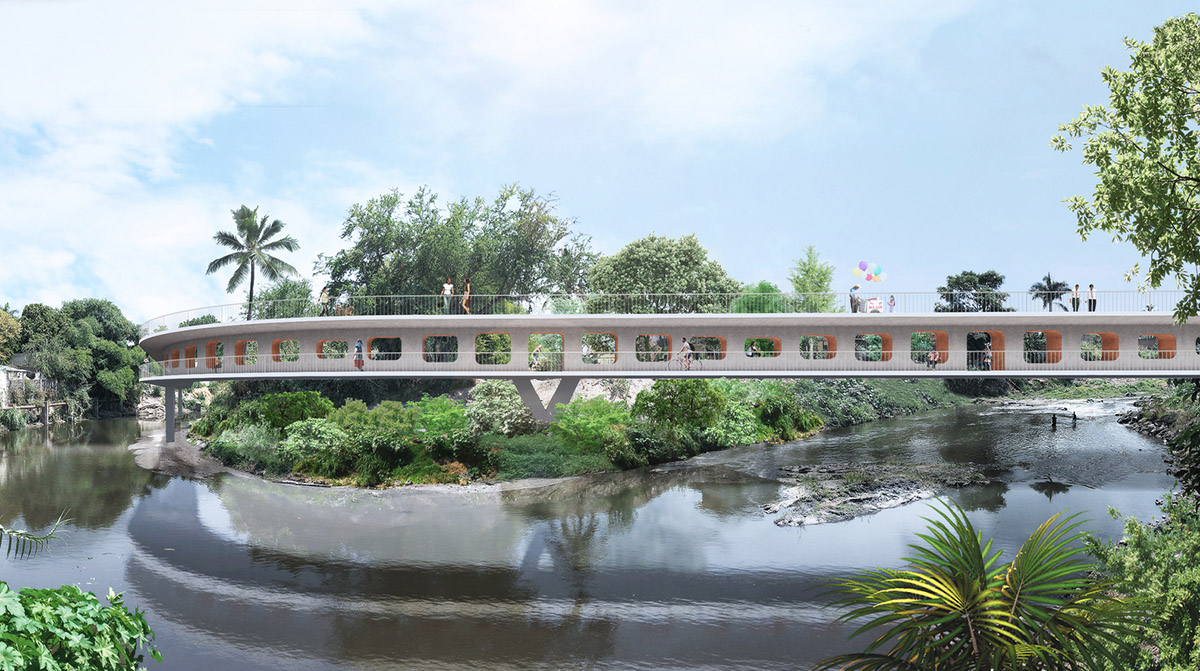 On September 19, 2017, the 7.1 and 8.2-magnitude earthquakes hit the weakened built structures on the edges of the Apatlaco River, running north-south, the damage divided Jojutla’s urban center, and the Apatlaco River was among the most affected areas.

The major drainage line of the city running over the river suffered persistent fractures and its segments destroyed; open spaces, that would otherwise serve as open public parks and amenities, were left behind and taken overcome with landfill; and preexisting lack of access to cross the river was exacerbated by the destruction of a main bridge, severing mobility.

The absence of intervention along the river edges leave the surrounding neighborhoods vulnerable to flooding. 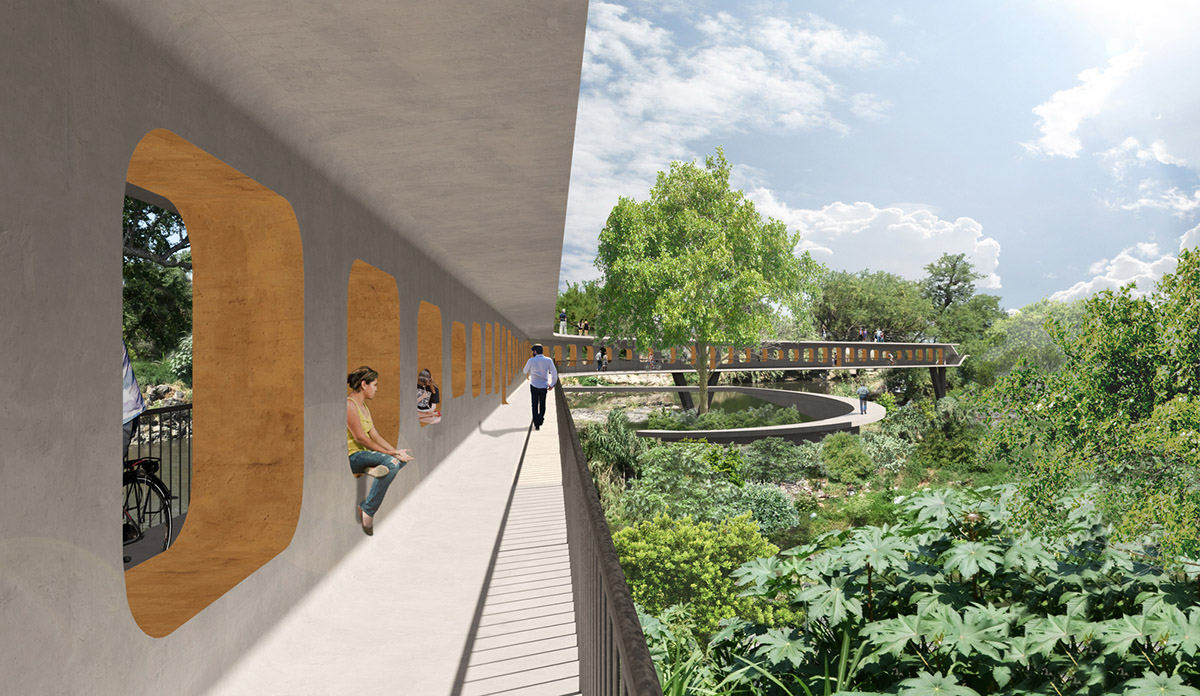 In 2018, OMA New York designed a bridge to facilitate a much-needed link between currently disconnected communities, create a new commercial axis, and transform the riverbank into a rehabilitated zone of activities in an effort to transform the Apatlaco River into a community resources rather than a threat.

OMA transforms a linear bridge by bending its structure into a new shape—"dodging private properties, crossing the river twice, and anchoring itself to three distinct points of the city: Panchimalco, a colony south of the municipal capital; the blocks at the bottom of Pacheco alley, in close proximity to the historic center; and the Juarez neighborhood, the most central but most damaged by the earthquake," as detailed in OMA's press statement. 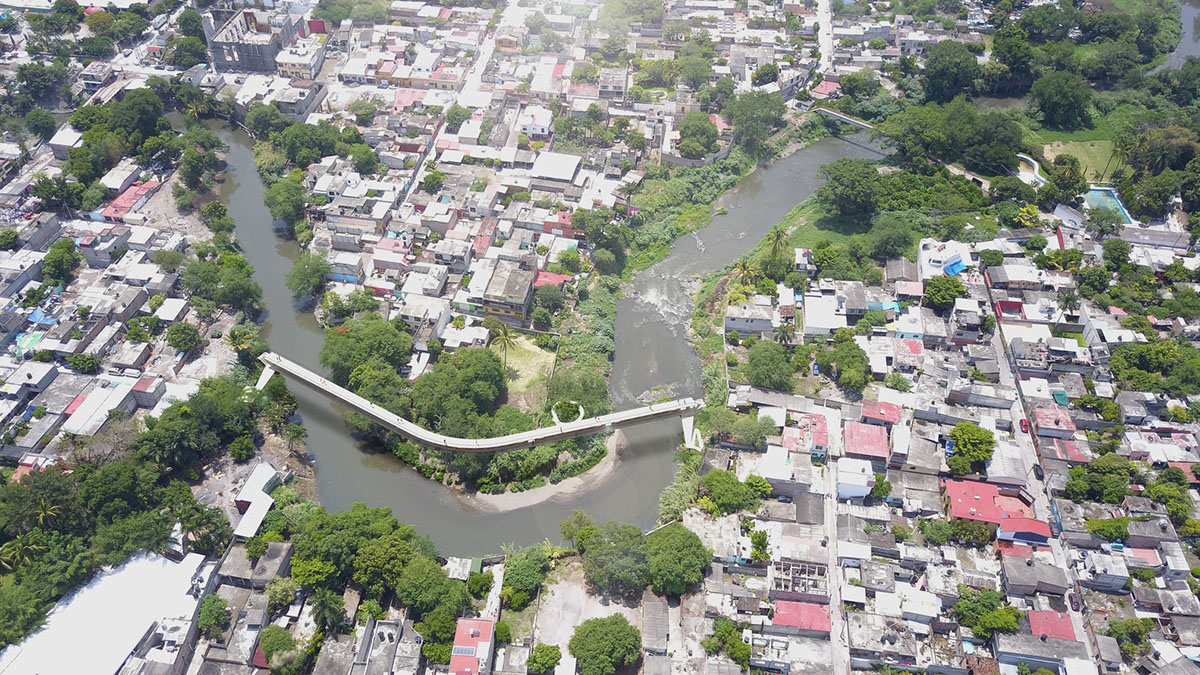 "We are beginning to face natural disasters more frequently and the wide-ranging impacts demand more public spaces and resources to be integrated into resiliency design. In the wake of Mexico’s recurring earthquakes, the Jojutla Bridge aims to restore infrastructure as well as the spirit of community," said Shohei Shigematsu, OMA Partner. 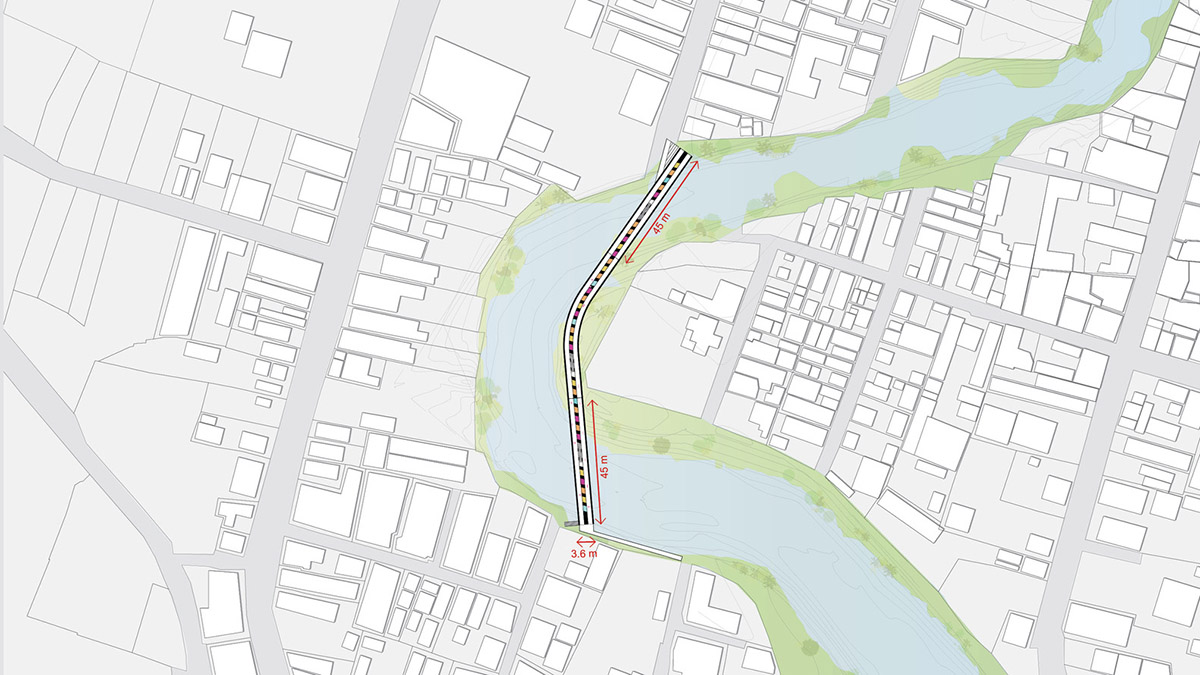 "Its form is akin to a large I-beam, giving way to a double-decker concrete structure," stated OMA. "Its upper deck simultaneously provides a higher datum in anticipation of water level rise and shade for the dedicated pedestrian and bicycle paths below."

"The “flanges” allow for a wide surface for occupiable spaces in addition to mobility. Along the entire length of the bridge, the I-beam’s “web” is perforated."

"Its habitable openings of various scale operate as undefined spaces, benches, stairs, and doors accommodate a diversity of activities, pace, and access." 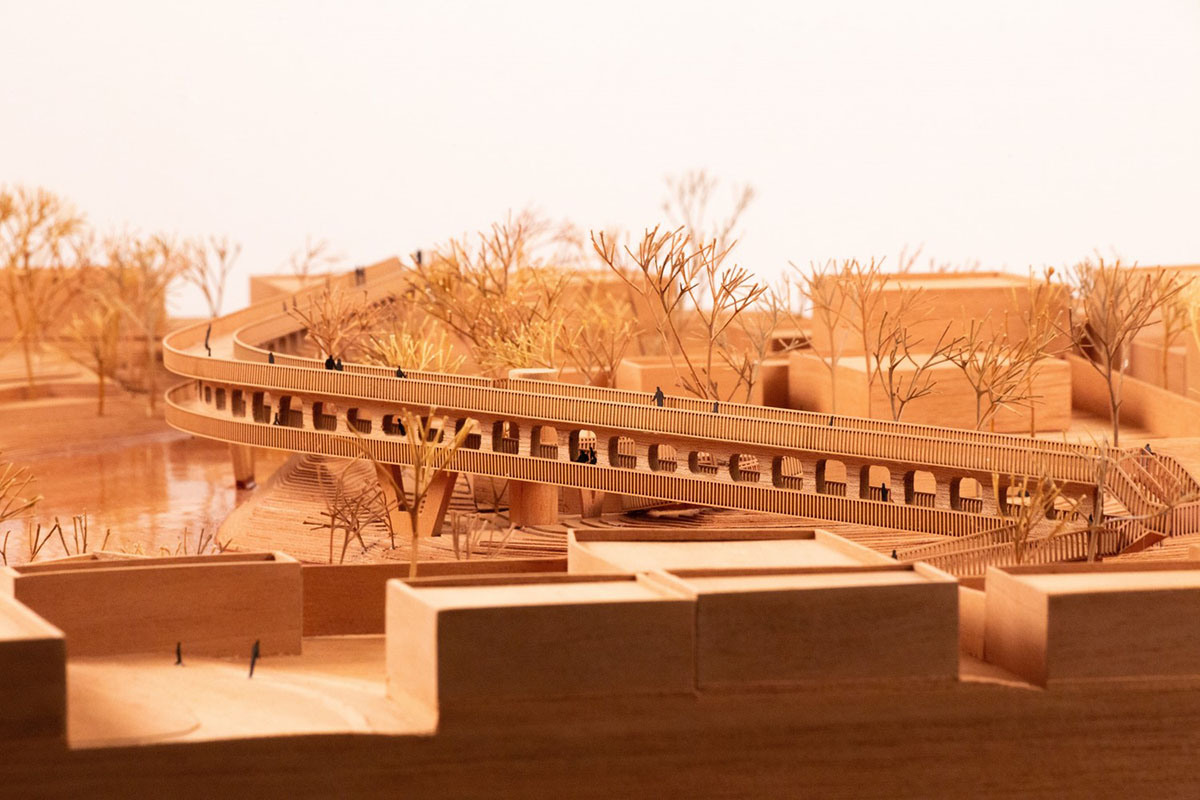 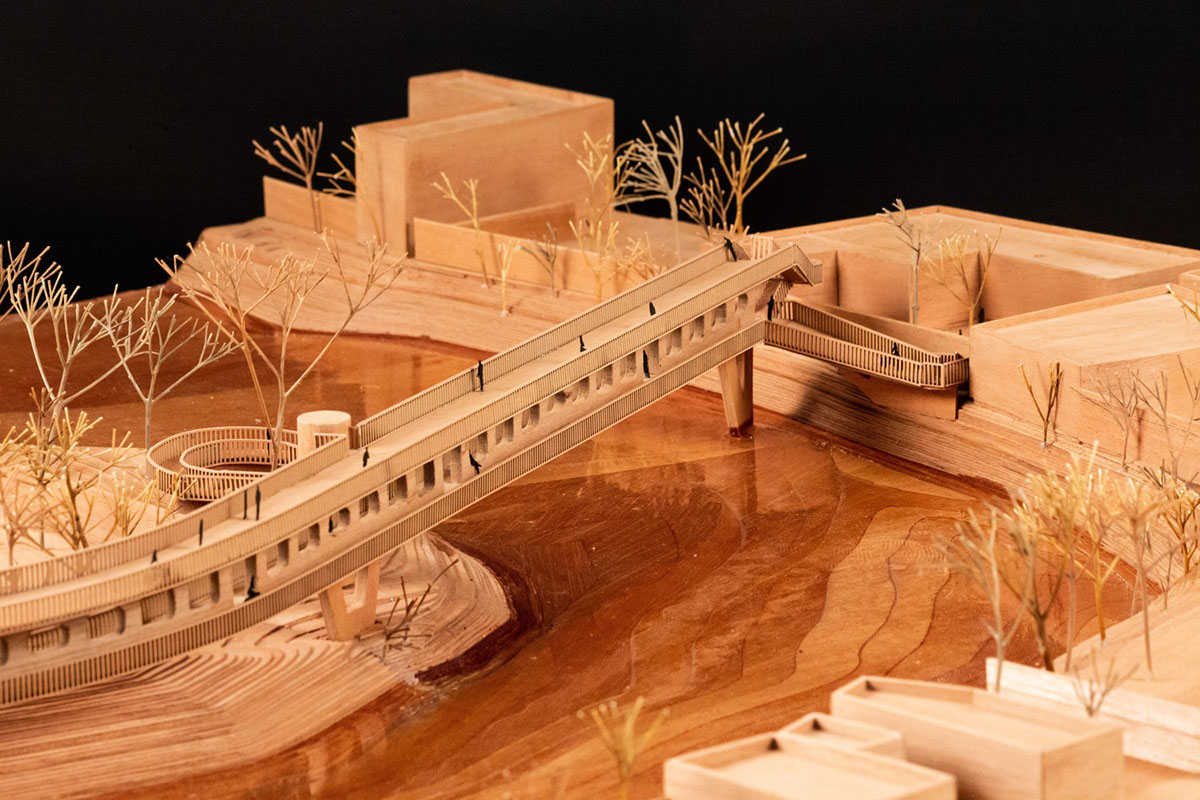 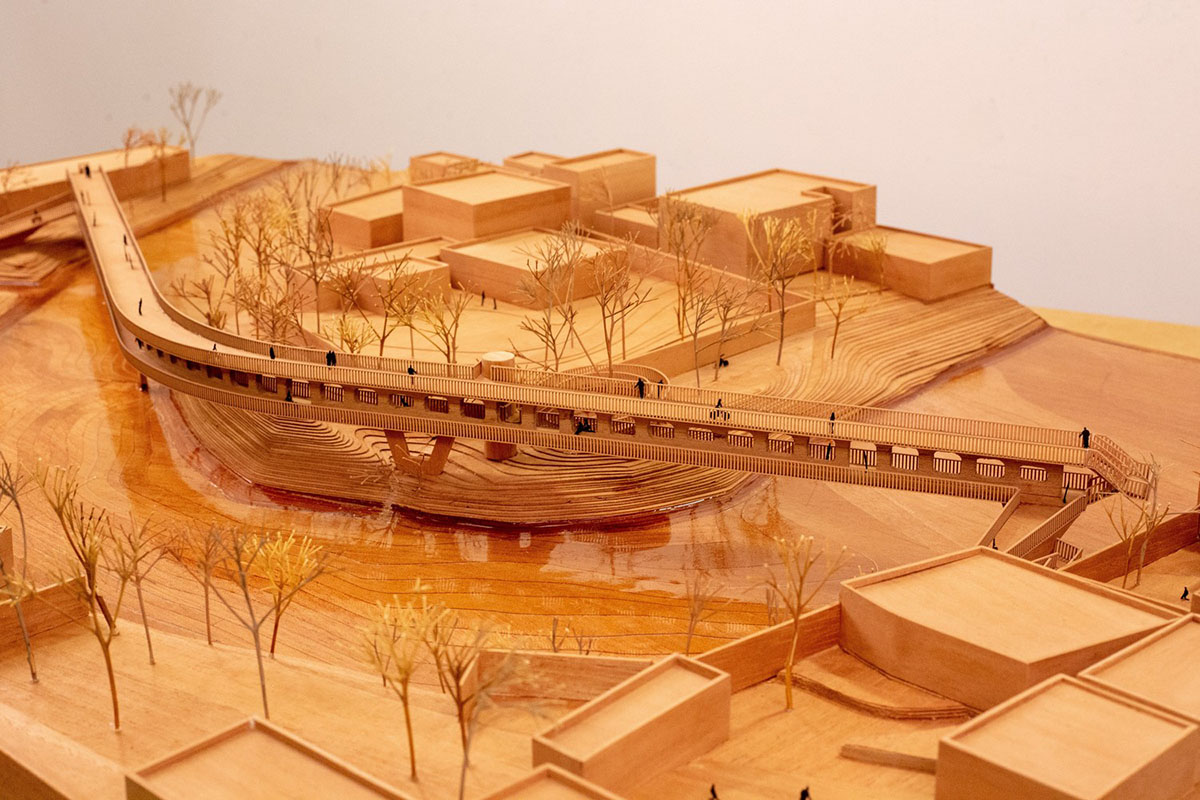 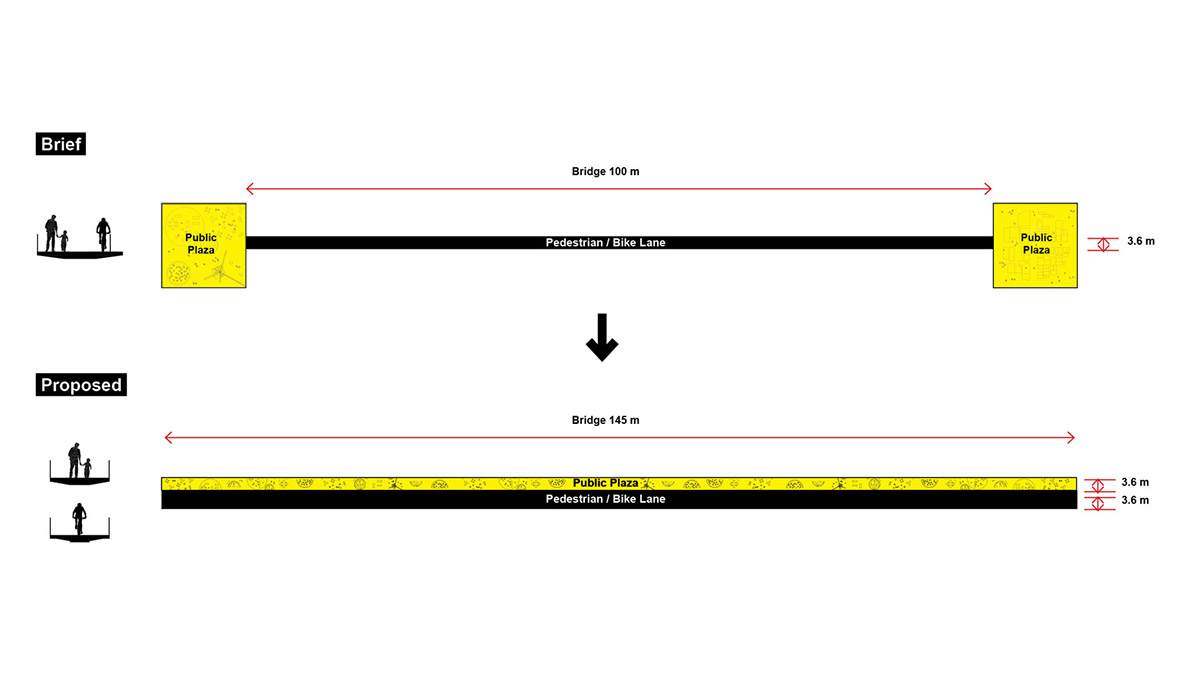 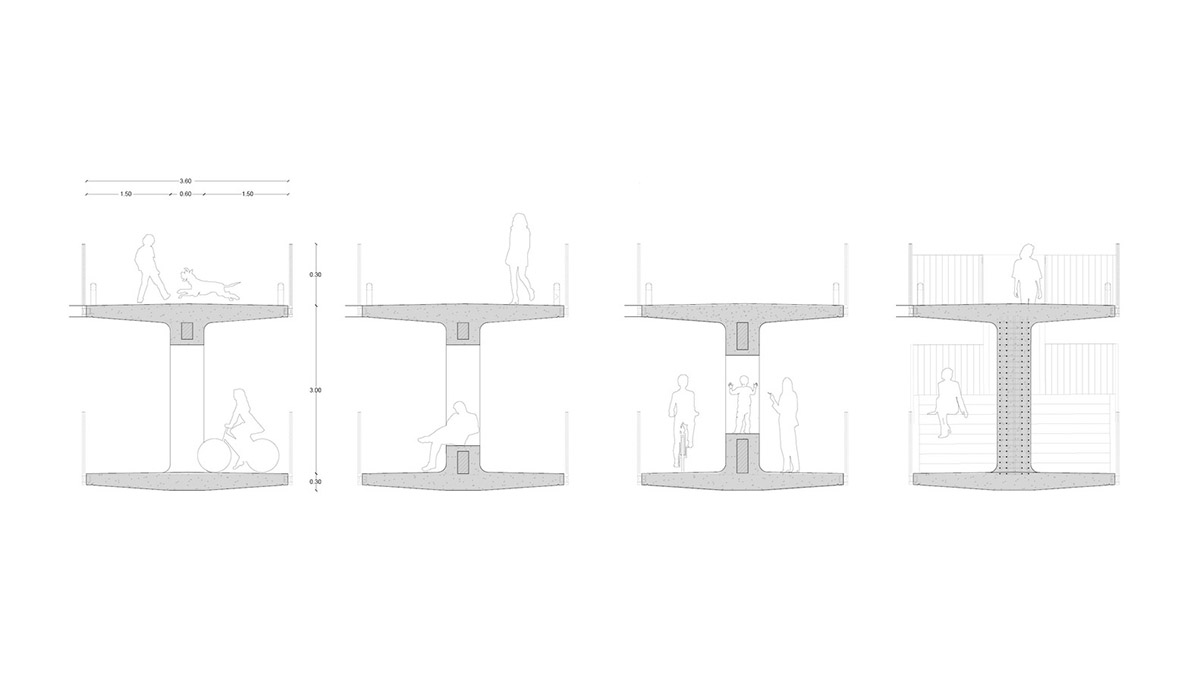 Thanks to its windows, the bridge opens up itself into the surroundings and frames the landscape around it. Providing an unobstructed view, the upper deck creates an opportunity to incorporate a linear park, plaza, and market aiming to encourage a new commercial axis as a connector of disparate communities.

All images courtesy of OMA New York unless otherwise stated.