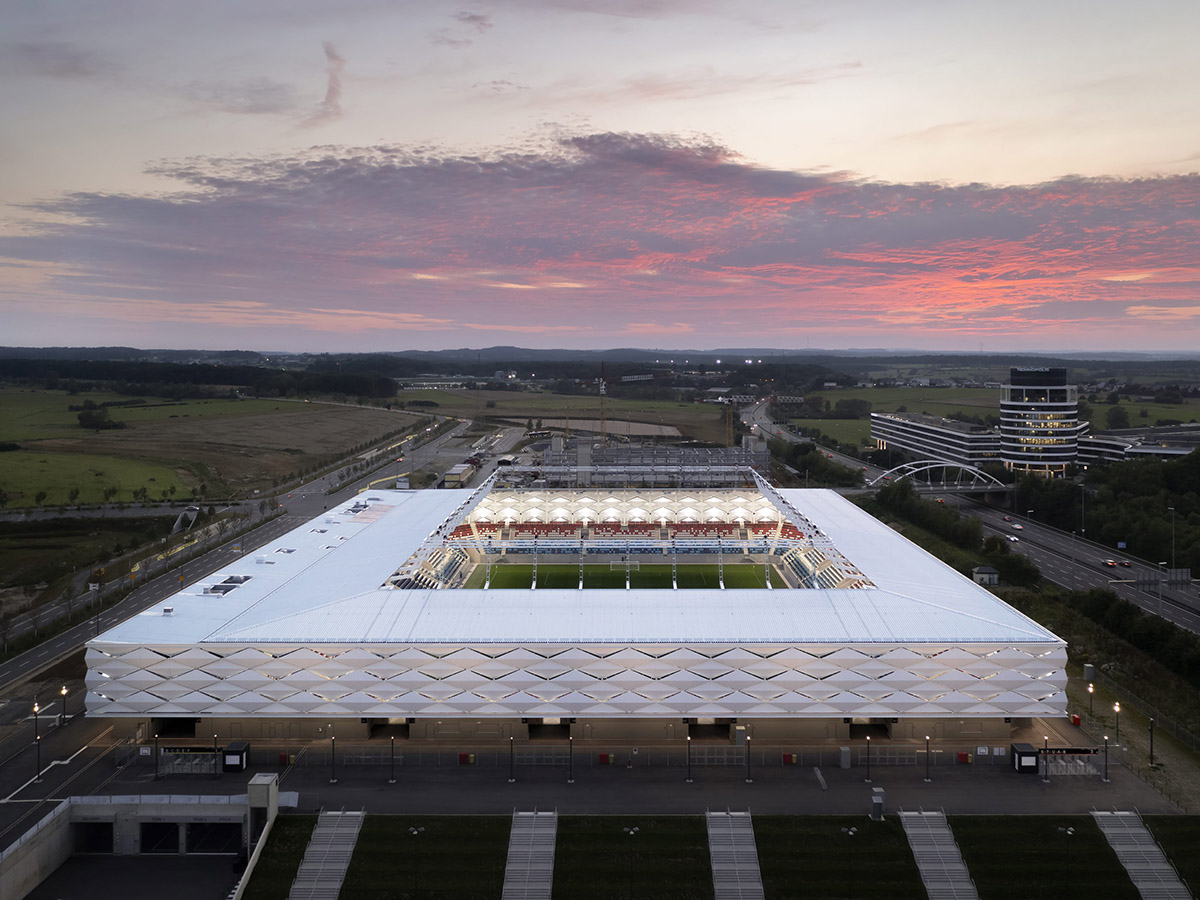 The team of von Gerkan, Marg and Partners Archi­tects (gmp) has completed the new Stade de Luxembourg football and rugby stadium in the south of the city of Luxembourg.

Replacing the outdated previous structure, the project was completed in cooperation with the local practice Beng Architectes Associés. The project was selected from amongst 25 competitors in the 2016 in a competition.

The qualifying match for the 2022 FIFA World Cup in Qatar between Luxembourg and Azerbaijan took place on September 1, 2021, and was the first official match to take place in the new Stade de Luxembourg football and rugby stadium. 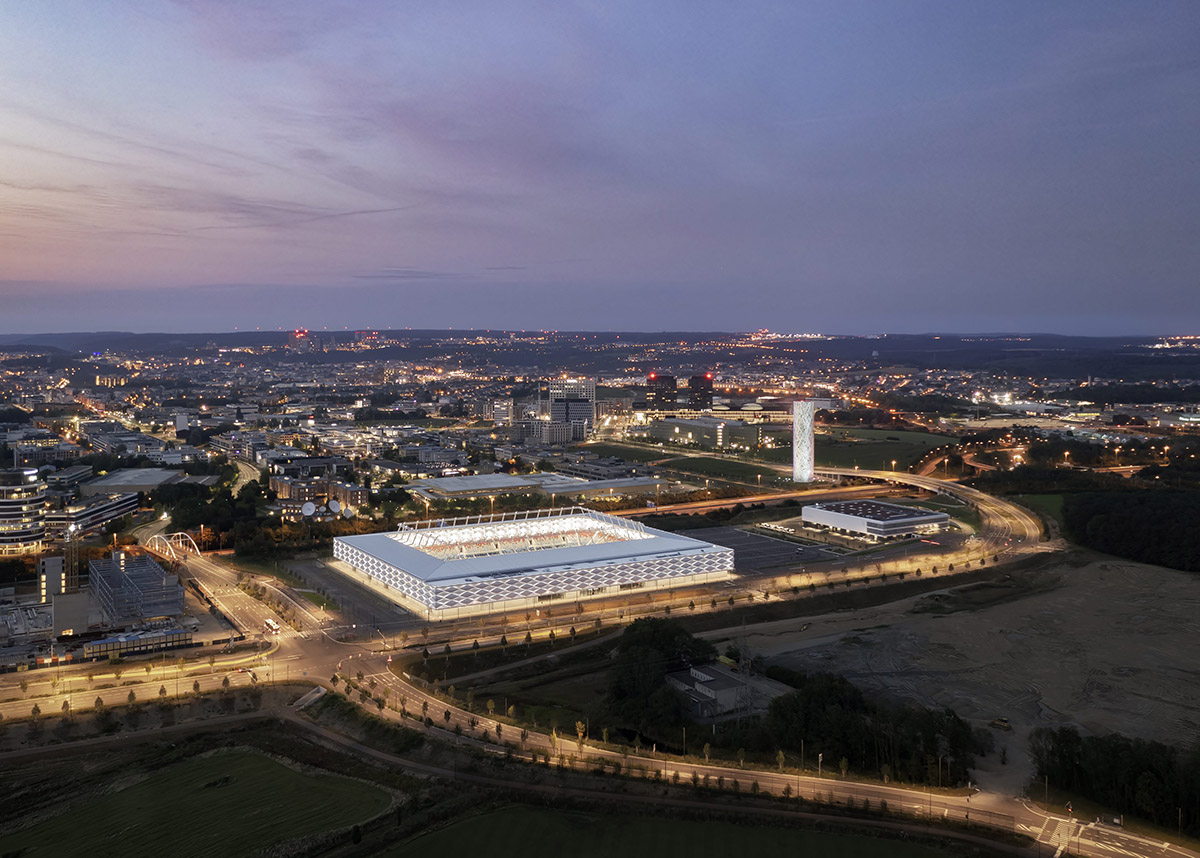 In addition to the design for the stadium itself, the project was developed as part of an urban masterplan for the site of about 8 hectares. The new national arena is located on a strip of land that runs from east to west, with the A6 motorway to the north and a planned new road and tramway connection to the south, the latter creating a central traffic and interchange hub close to the stadium.

Here, in addition to the sunken parking lot, gmp have also designed the new service building for the city of Luxembourg’s Service des Sports. 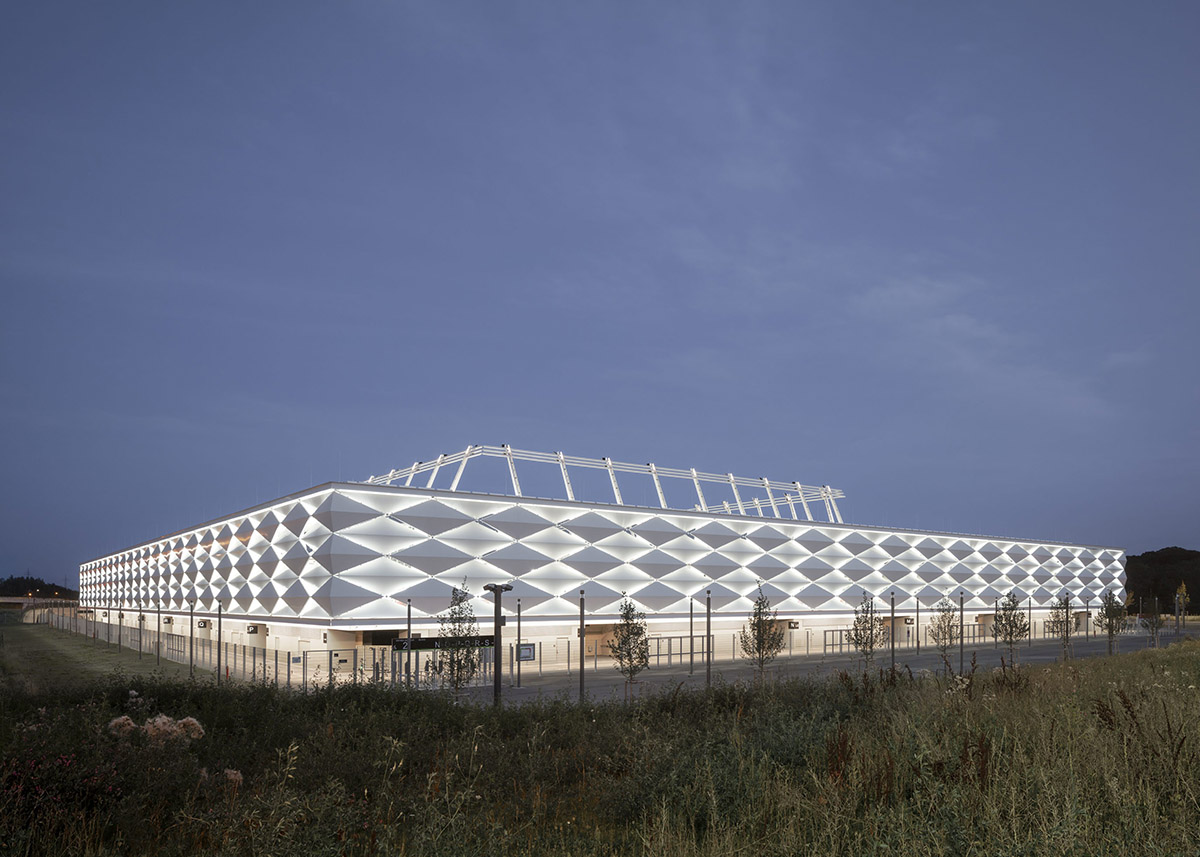 The size of the pitch and the facilities at the new arena follow international guidelines, meaning that both the top UEFA stadium category IV and that of the International Rugby Board (IRB) are achieved.

The stadium is drawn an orthogonal layout with a single tier and diagonally-truncated corner areas, with the grandstand reaching all the way down to the edge of the pitch. Towards the south, a building block accommodates the functional facilities for VIPs, the press, players, and officials. 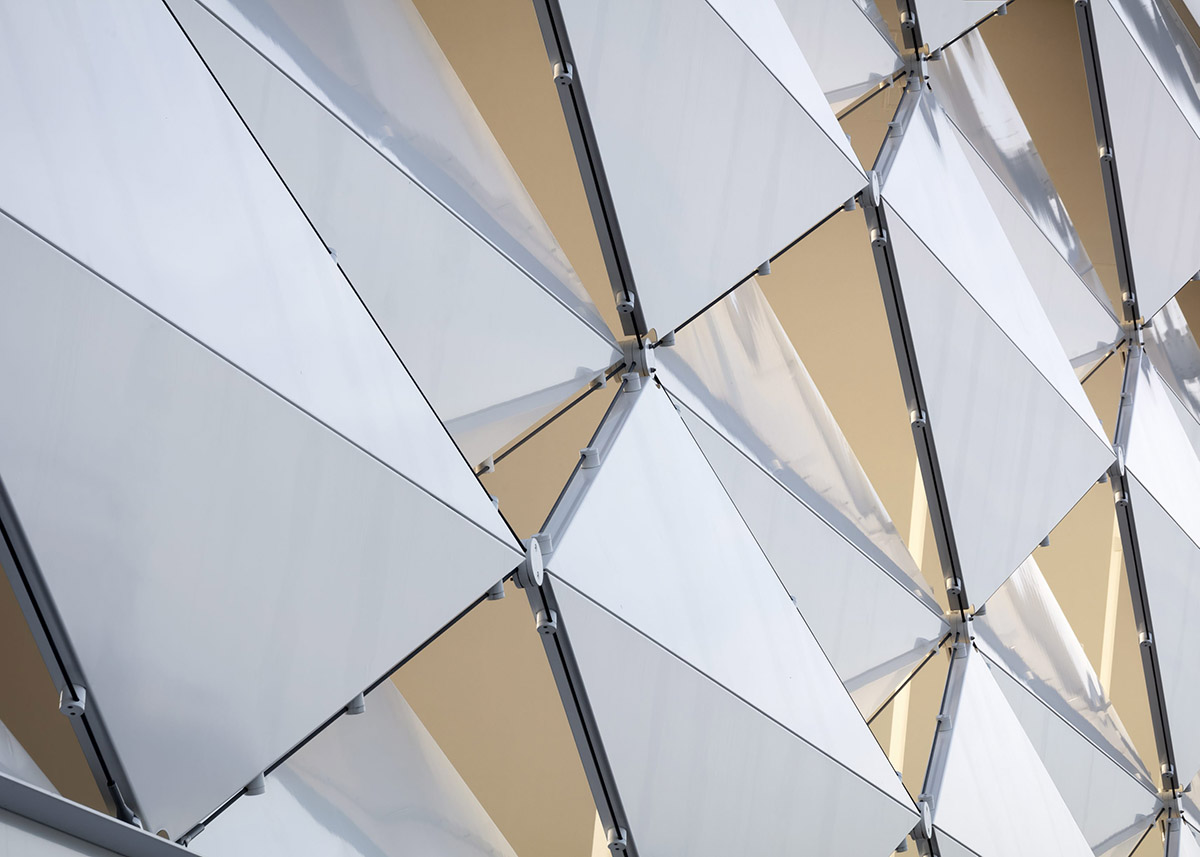 There, directly above the main entrance from the forecourt at the new Boulevard Kockelscheuer, is the access to the business foyer with adjoining press area and multifunctional room, which can also be used independently of sports events.

The load-bearing structure of the grandstand roof consists of a grid of double-angulated steel girders that are tapered to reflect the internal forces; the grid of girders rises from all sides of the arena and, at its highest point, carries the pitch lighting system. 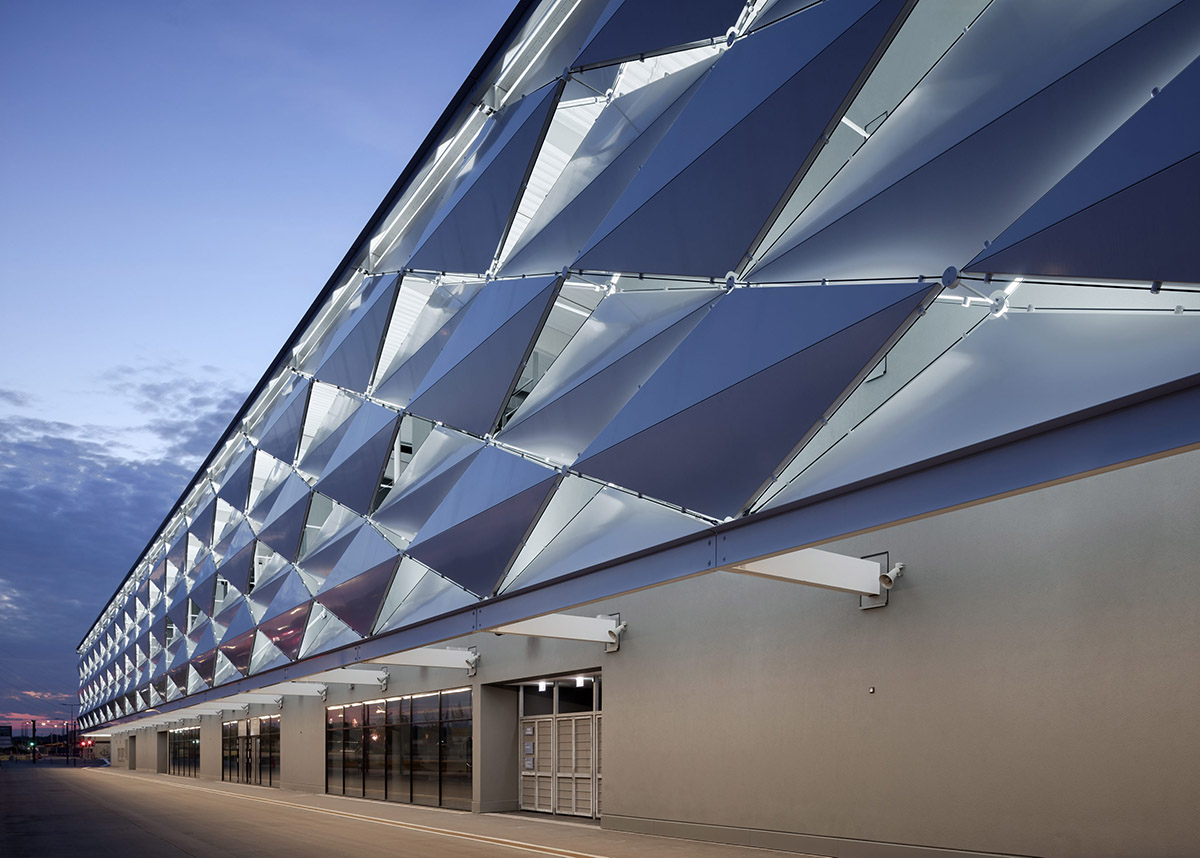 The stadium has a capacity of 9,900 seats, the new stadium is designed in a small scale in relation to global standards.

"For this reason, the design was aimed at creating the atmosphere of a football arena also at this scale while also, at the same time, achieving a significant presence in the urban ensemble," said gmp. 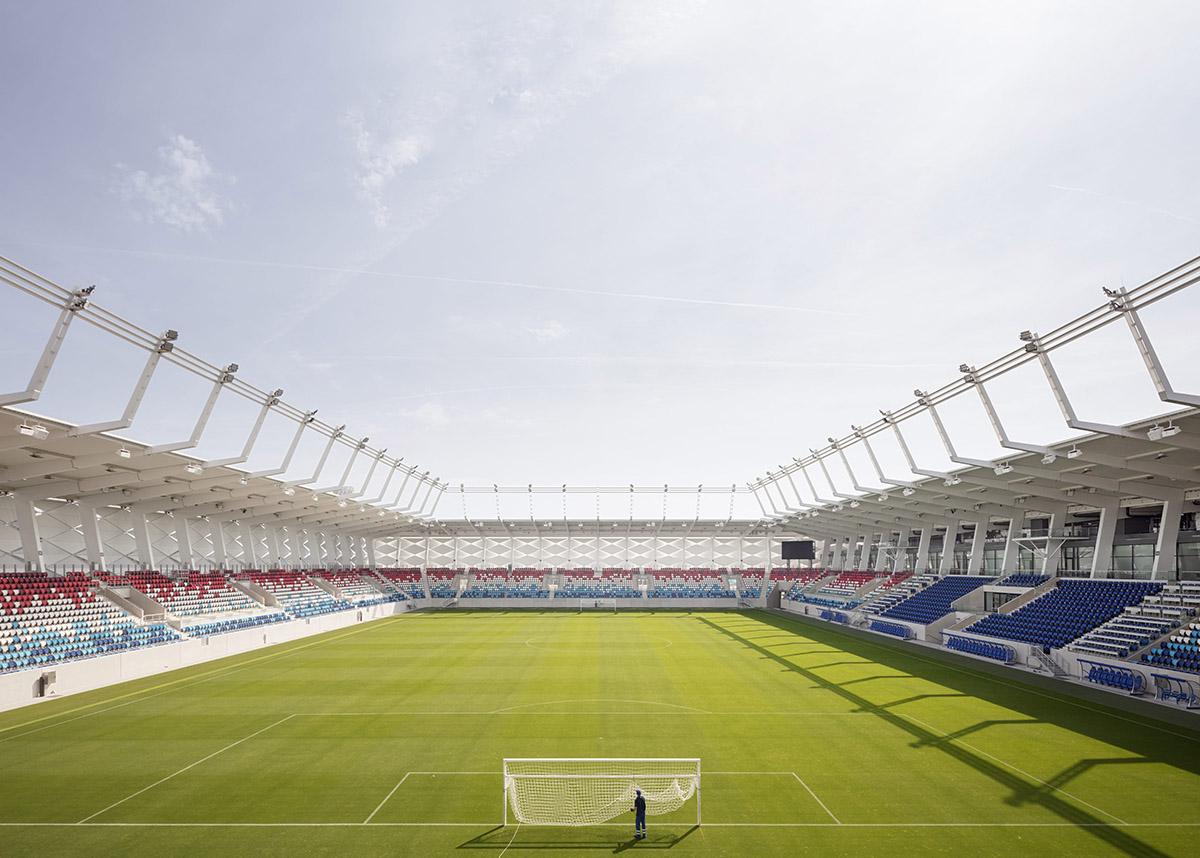 gmp developed a uniform facade structure, as well as a simple geometric loadbearing structure. Th team devised a diamond-shaped folded façade made of metal plates, the façade has a unifying effect on the overall volume of the building.

In addition, at the second level high above the building and seen from outside, the line of lighting fixtures marks the dimensions of the pitch. 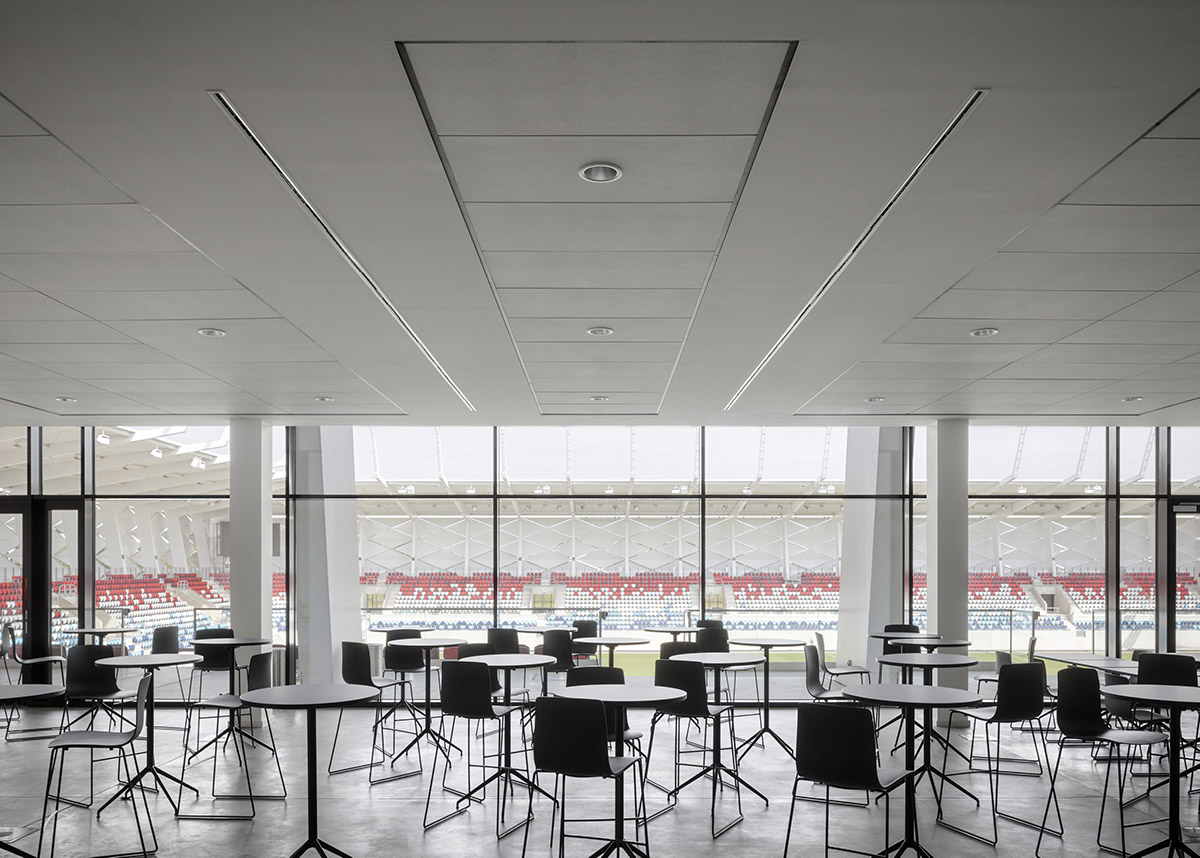 At this exposed site, this creates a dynamic and sculptural feature that can be seen by both stadium visitors and those driving by. The effect is particularly noticeable at night, when the pitch lighting and the illuminated facade structure radiate out to the city.

The official opening by the municipality and the Ministry of Sport has been scheduled for September 25, 2021 and will be followed by an “open door” event on September 26, 2021. 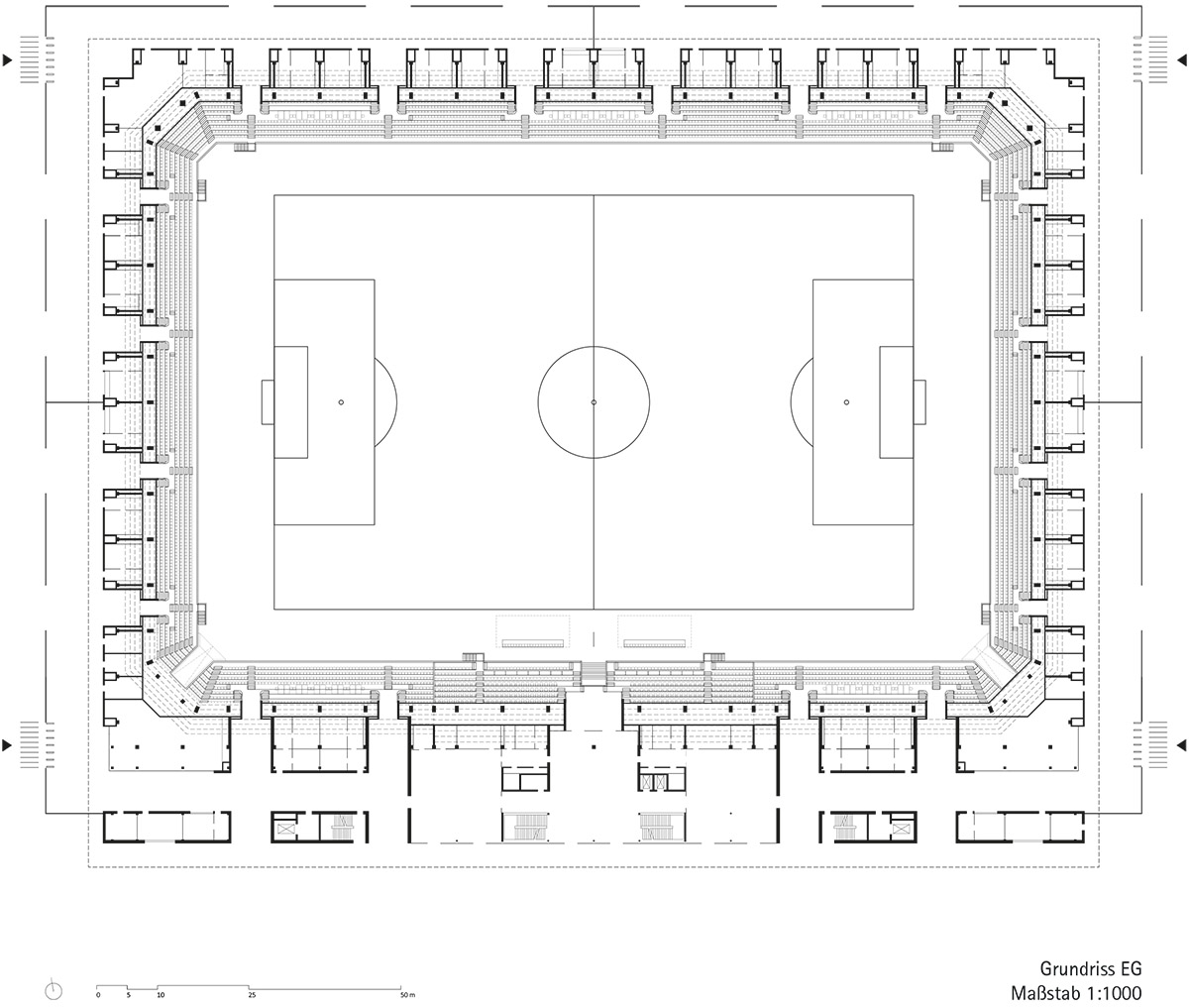 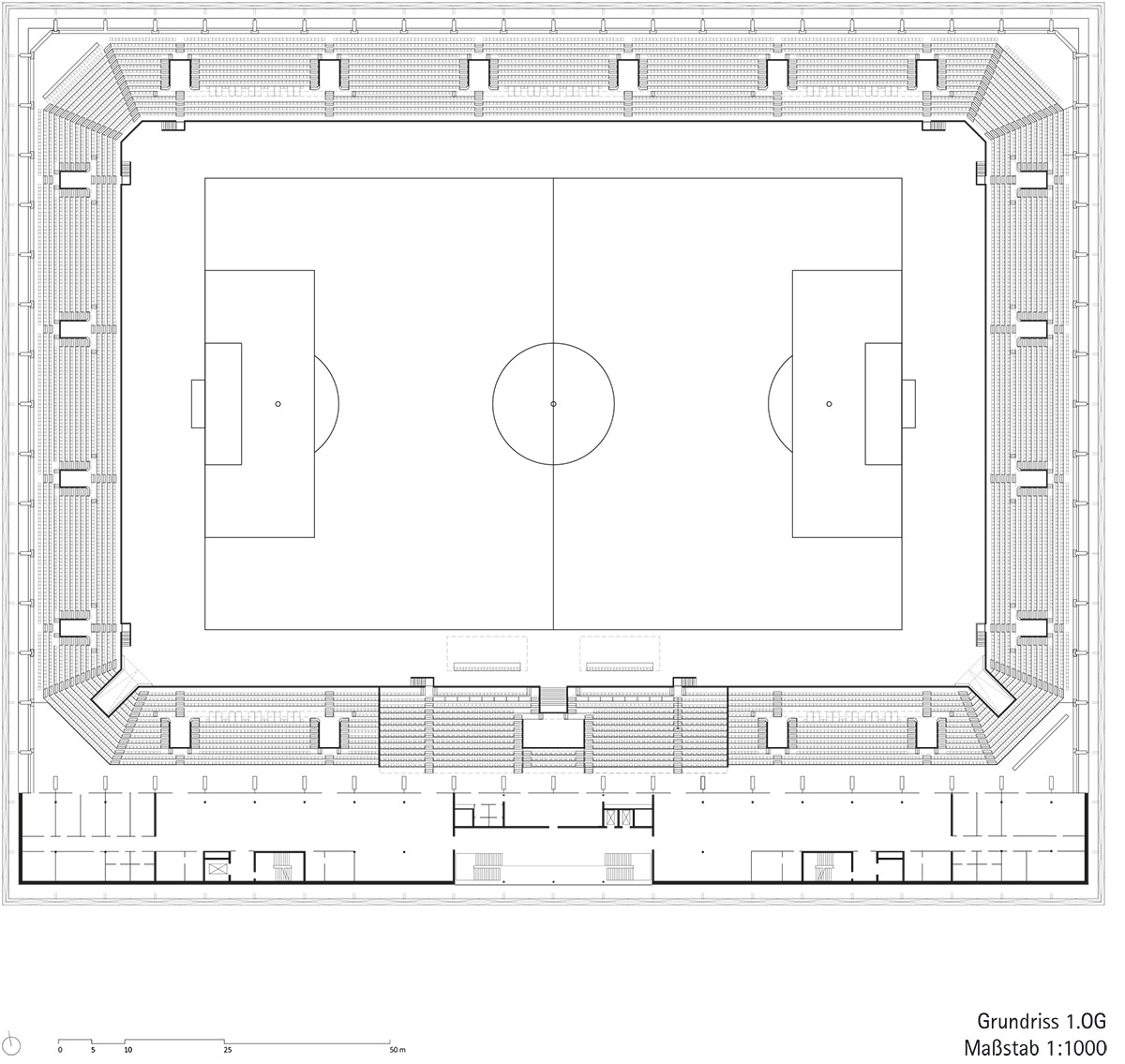 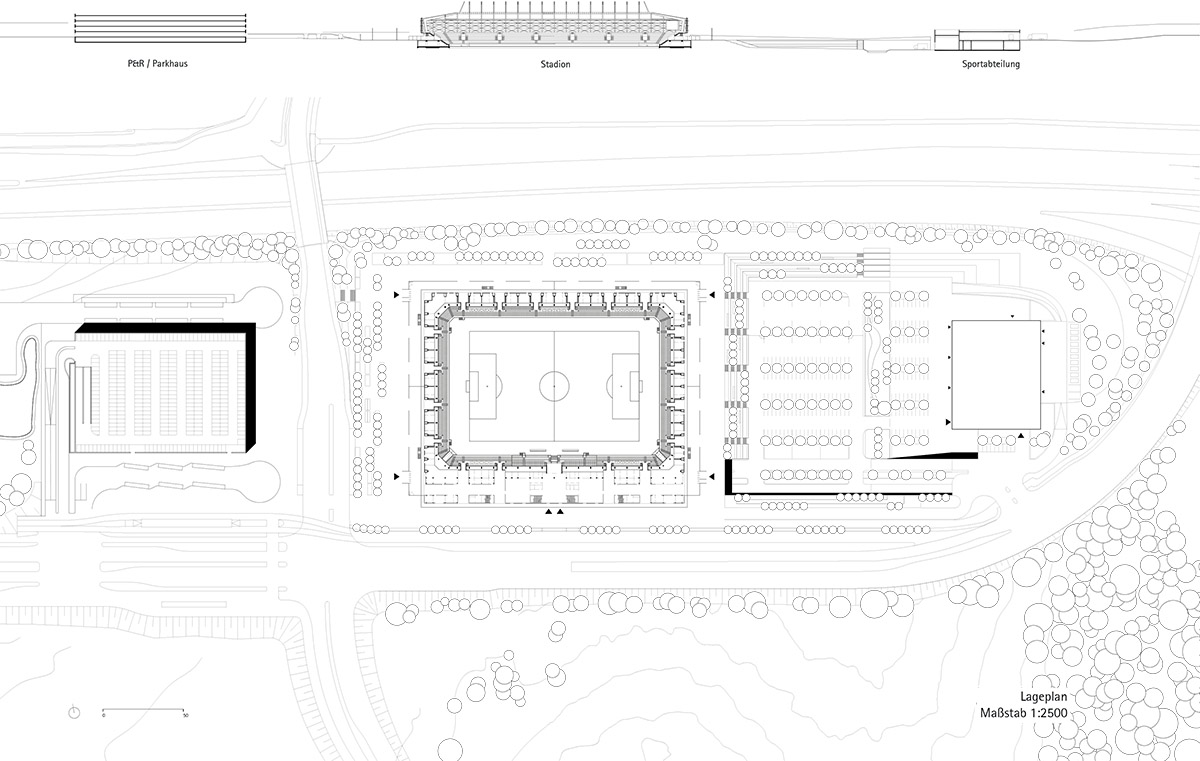 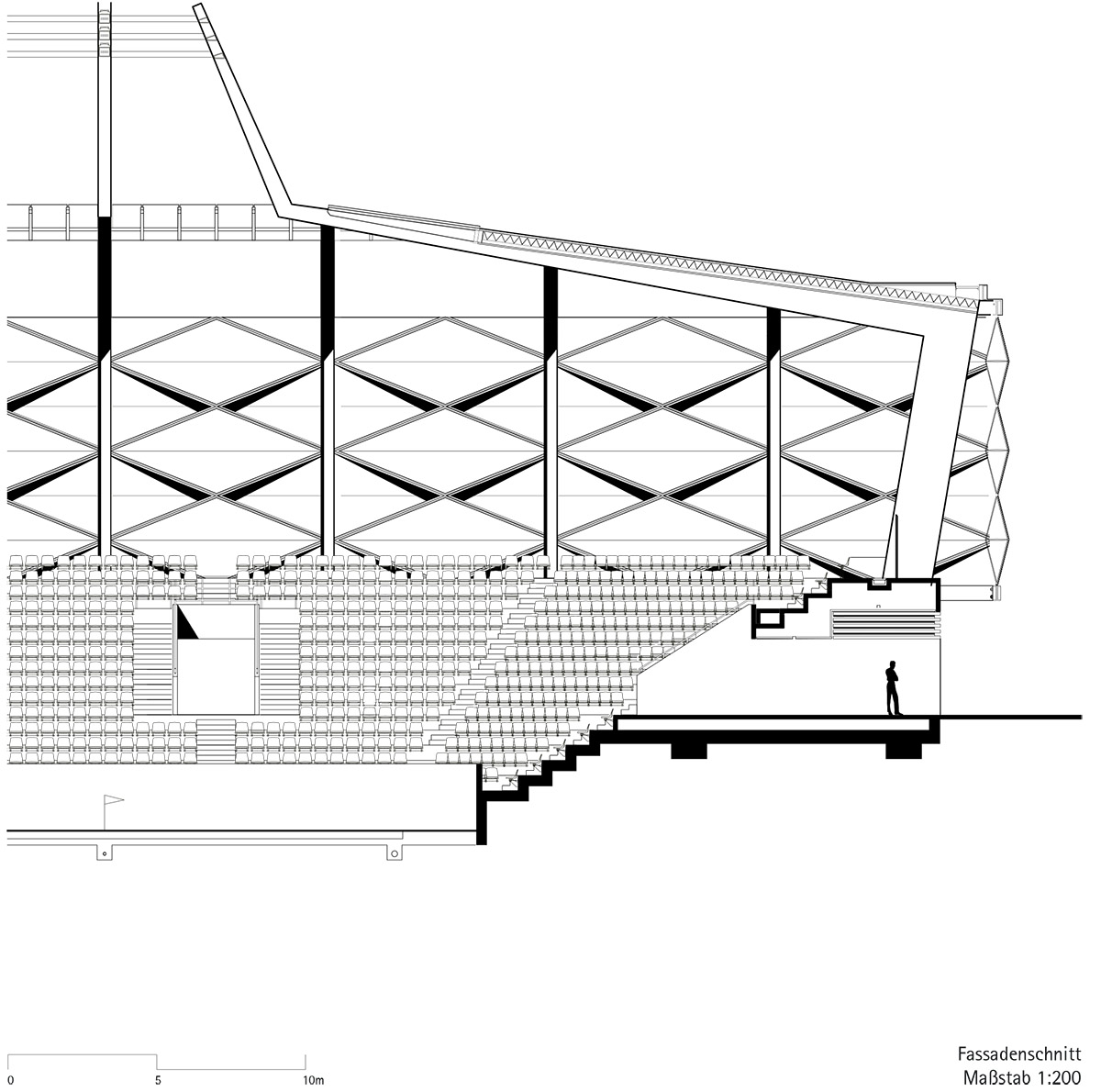