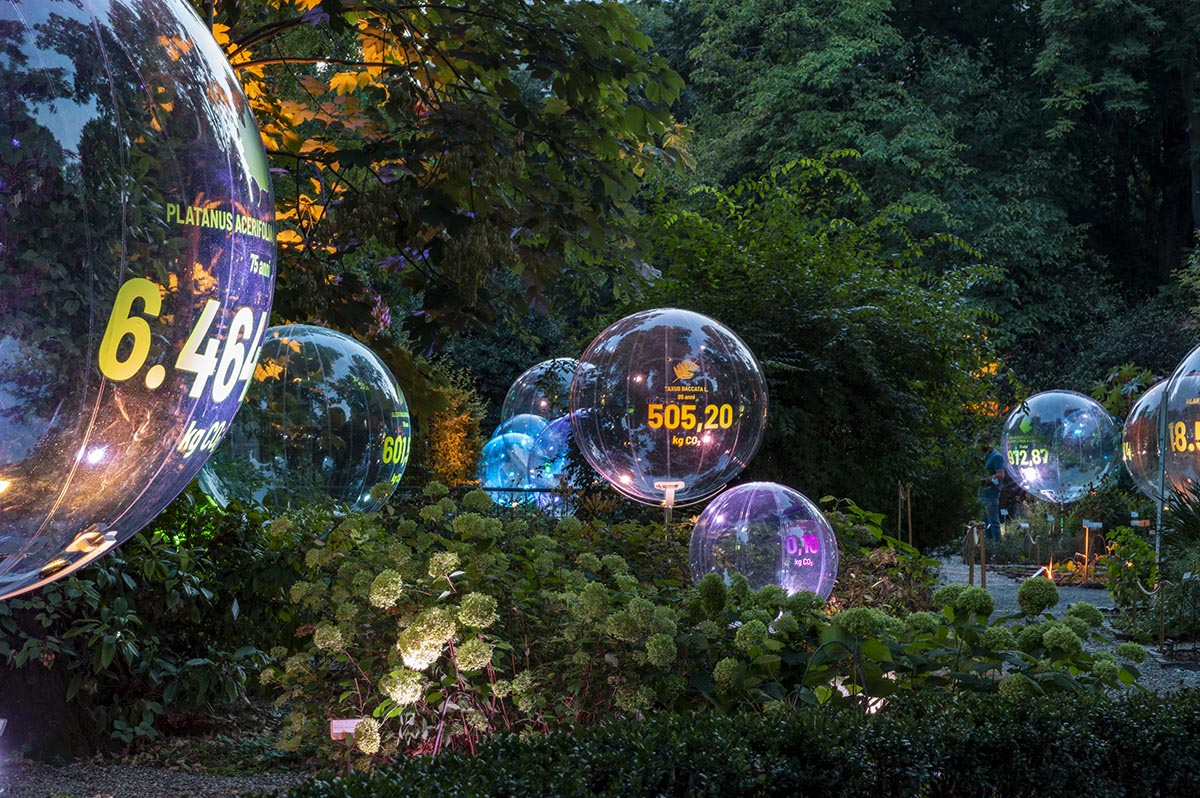 International design and innovation office CRA-Carlo Ratti Associati has collaborated with international energy company Eni to create an these floating bubbles to show how much carbon dioxide each individual plant can capture and store from the atmosphere.

Installed in the Brera Botanical Garden in Milan, Italy as part of Milan Design Week, the installation, called Natural Capital, illustrates the role of plants that can play in absorbing emissions to contribute climate change.

Ratti's installation matches each tree species with a sphere showing how much carbon dioxide trees can capture and store. The project will open to the public during the Milan Design Week 2021 from 4 to 12 September 2021 as part of INTERNI’s "Creative Connections" exhibition. The exhibition will be on view from from 4 to 19 September 2021.

Described as "one of the largest data visualizations ever produced", the project aims to demonstrate the key role that trees play in producing oxygen. 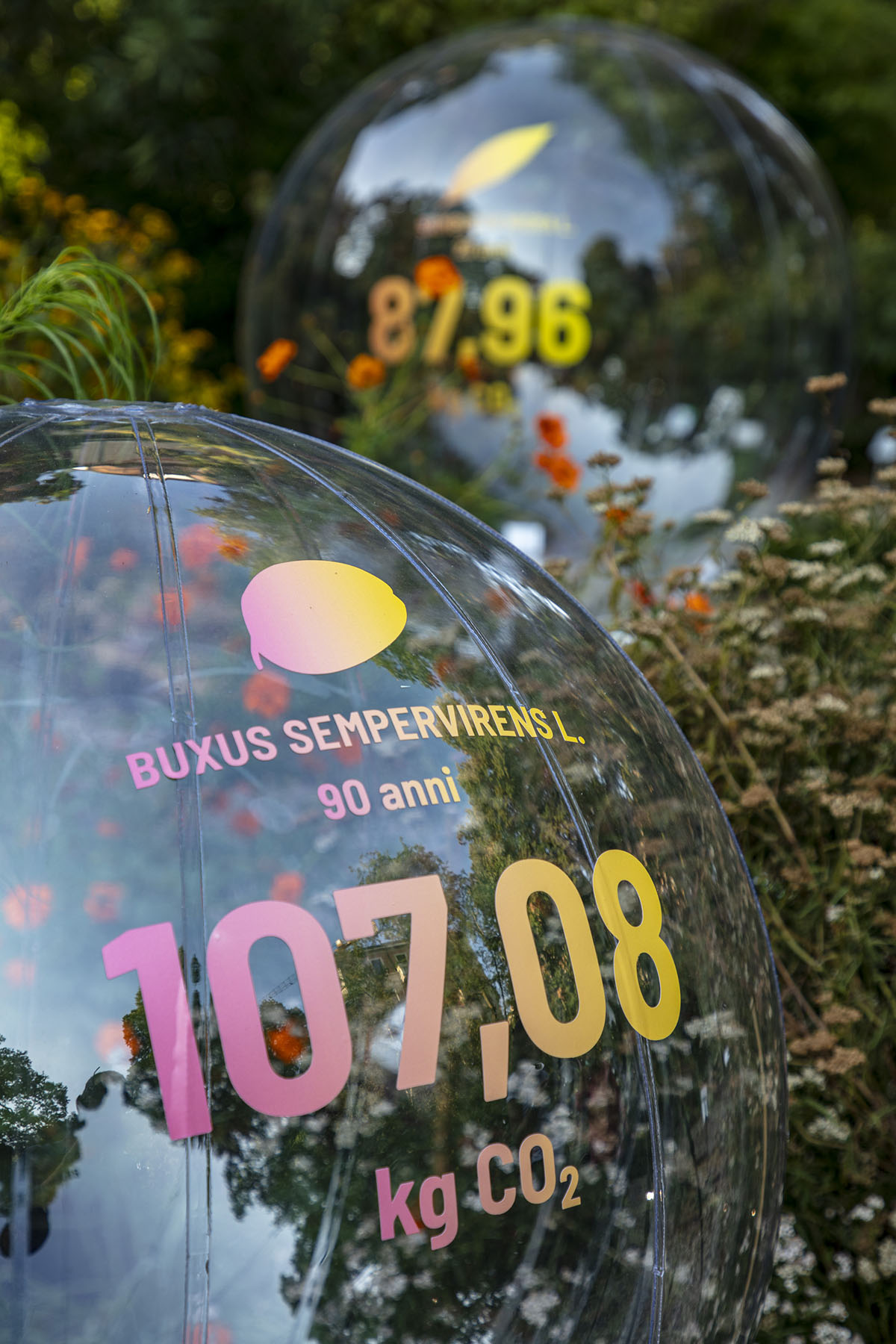 "The same amount of carbon dioxide would be released in the atmosphere if the trees were removed, thus making it crucial to promote forestry protection instead of deforestation," said CRA-Carlo Ratti Associati.

"Natural Capital aims to be one of the largest data visualizations projects ever produced, and also showcases Eni's commitment to forestry initiatives."

Eni, operating in 71 countries globally, is contributing to the energy transition to a low-carbon future, by promoting the development of energy produced from renewable sources. It is doing so by using new and increasingly efficient clean technologies and by applying the principles of the circular economy to all aspects of its activity. 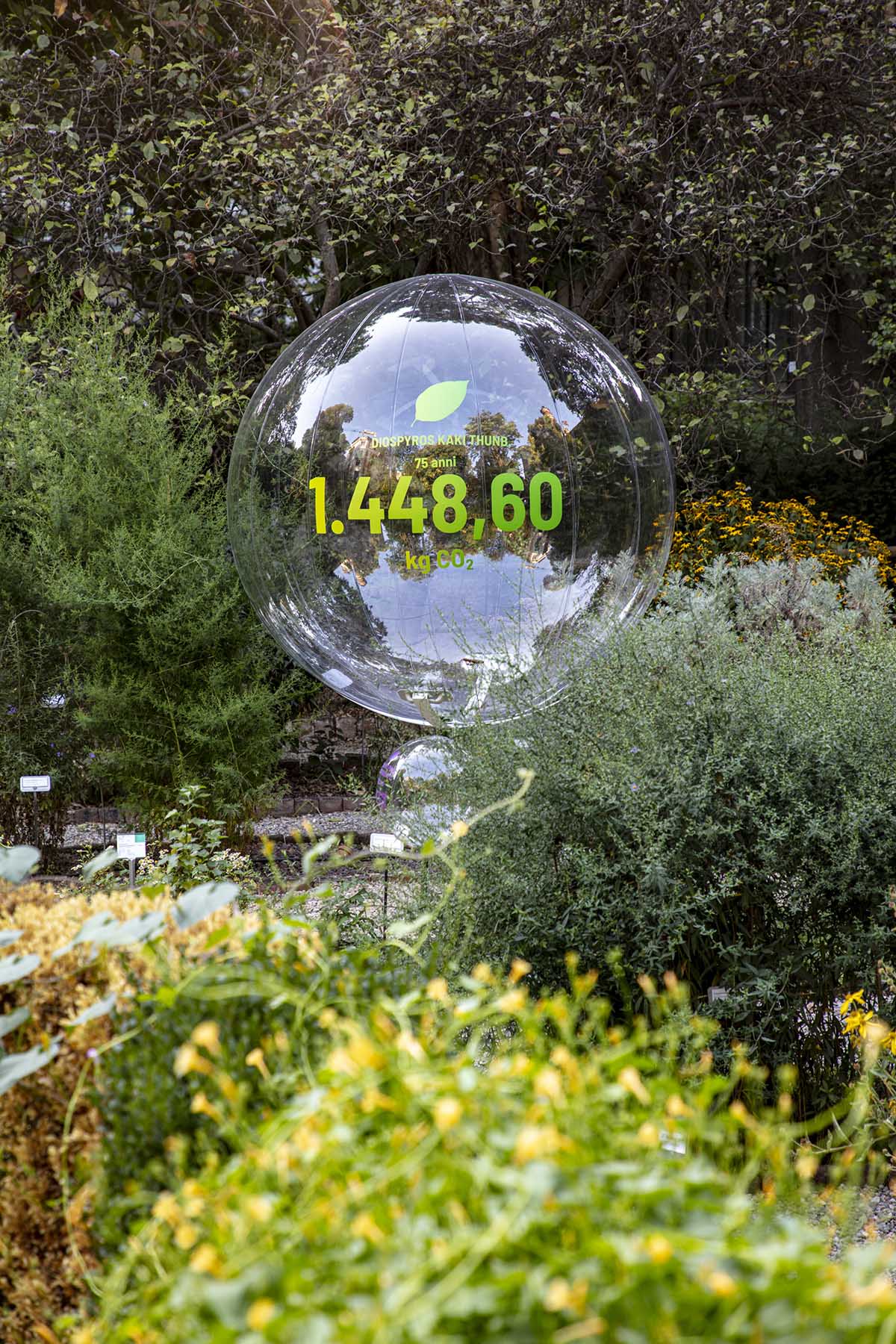 The installation experiments with a giant data visualization that extends over a 500-square-meter garden.

Ratti's team designed a series of floating bubbles nestled amongst the vegetation of Brera Botanical Garden, one of the country’s most fascinating urban gardens, which sits in the center of Italy’s design capital.

Each bubble has a different size – from a few centimeters to a few meters – in proportion to the amount of carbon dioxide that the corresponding trees can capture and store annually. 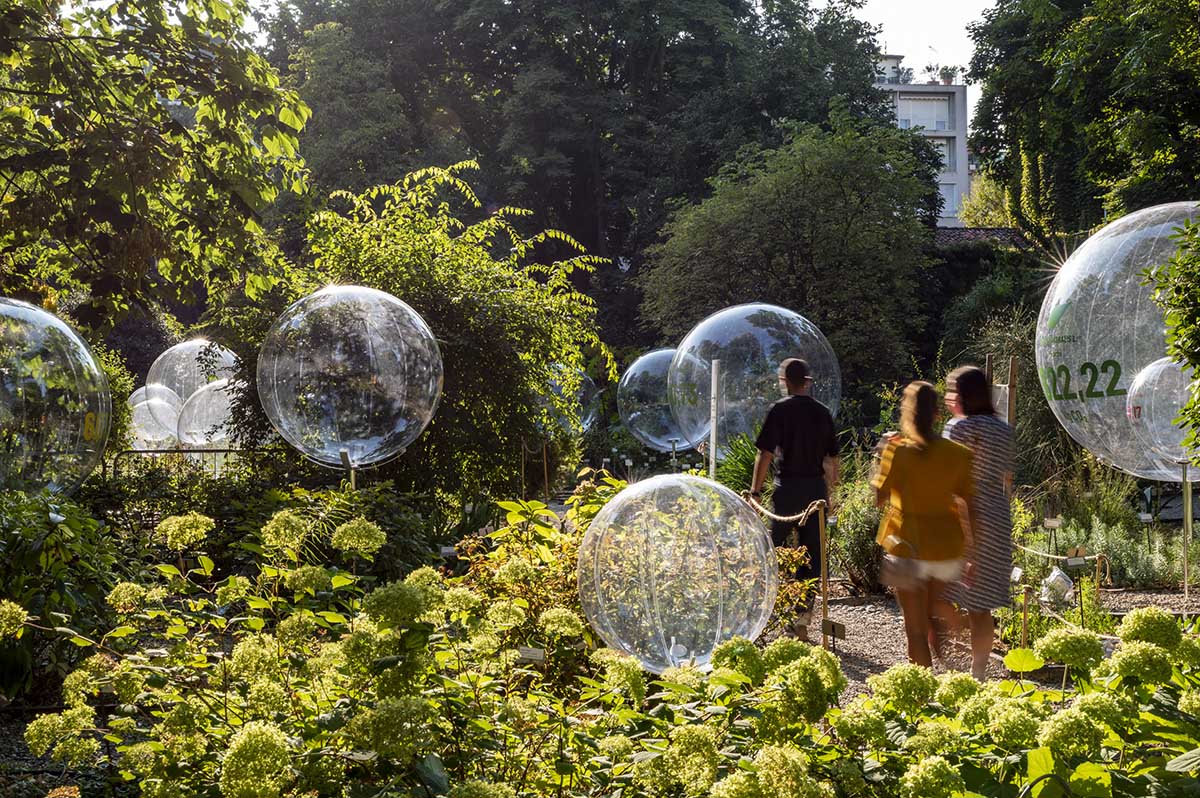 At the entrance to the garden visitors encounter a giant sphere, which lies on the ground. It represents the amount of carbon dioxide produced on average by the human body every month.

The contrast between the sphere and the floating bubbles suspended among the branches immediately illuminates the fundamental role that plants play in guaranteeing the planet's health and limiting global warming.

The comparison allows visitors to understand the symbiosis between humans and nature: the former produces carbon dioxide, the latter stores it. 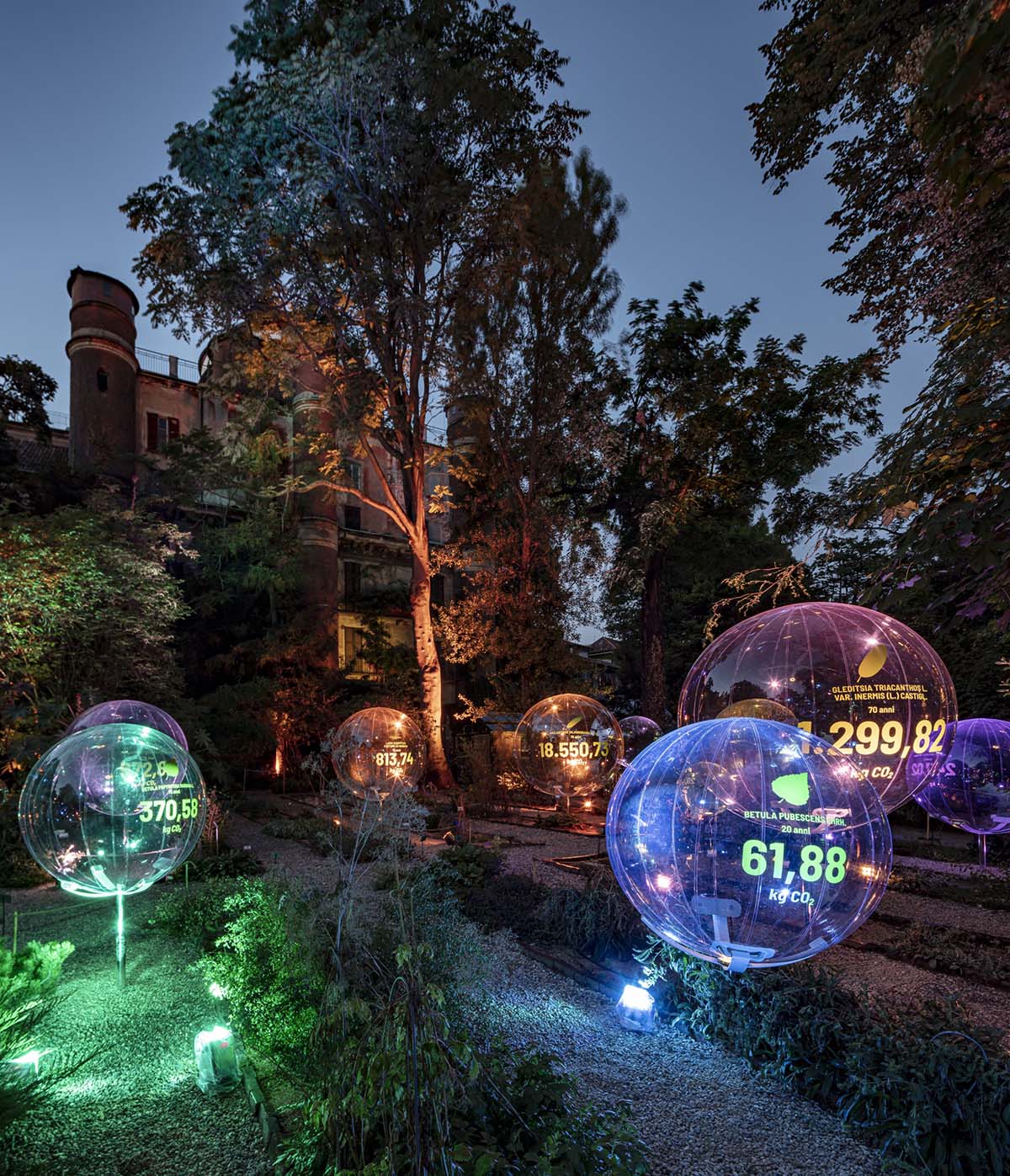 "We are all aware of the positive role that plants and forests play in absorbing carbon dioxide. But how can we better elucidate this connection?," asked Carlo Ratti, founding partner at CRA and professor at the Massachusetts Institute of Technology.

"Natural Capital aims to experiment with a new design medium, turning data visualization into a tangible, spatial experience, bringing the natural and the artificial worlds a little bit closer together," Ratti added.

The estimation of ecosystem services (e.g. carbon sequestration and storage, reduction of pollution, increasing of wellbeing) have been done by professor Alessio Fini of the Department of Agricultural and Environmental Sciences at the University of Milan. 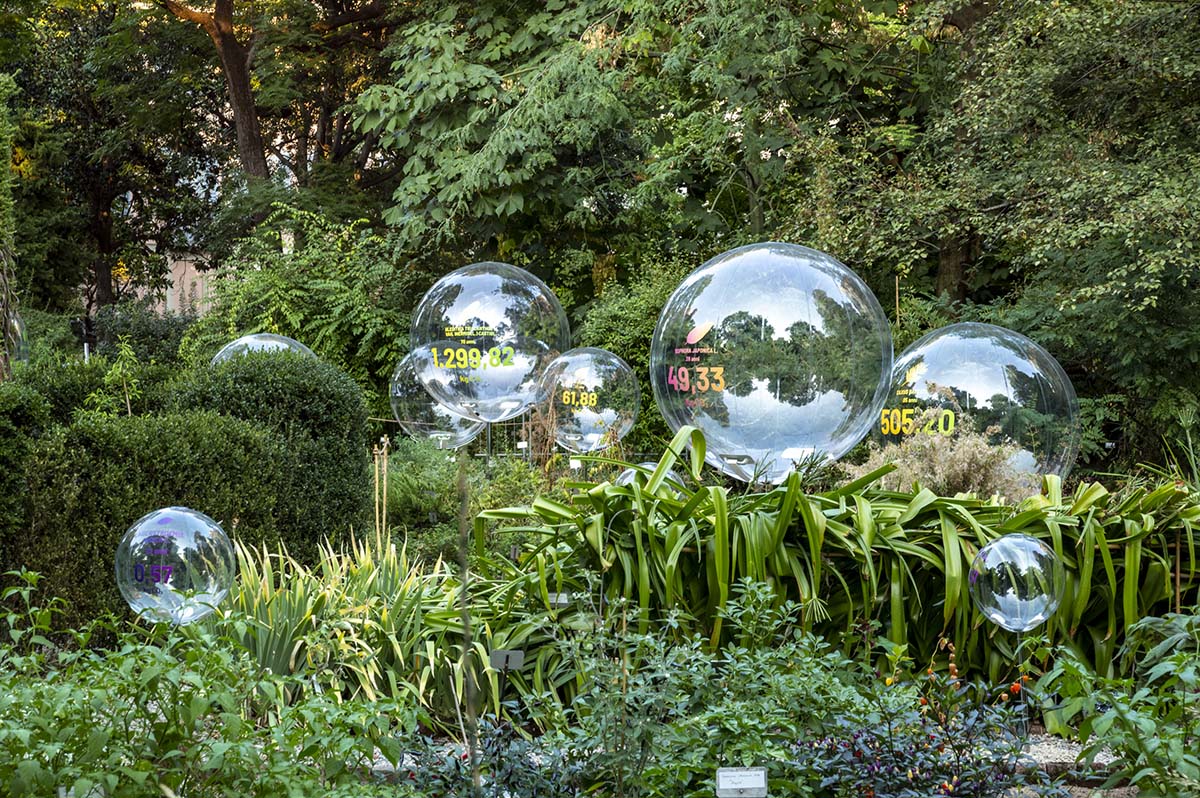 The studio stated that "the installation draws on Eni’s commitment to protecting and conserving forests as one of the pillars of its decarbonization strategy towards a sustainable world."

"Several initiatives led by the company follow the UN-designed REDD+ (Reducing Emissions from Deforestation and forest Degradation) scheme, supporting the development of local communities by promoting economic and social activities." 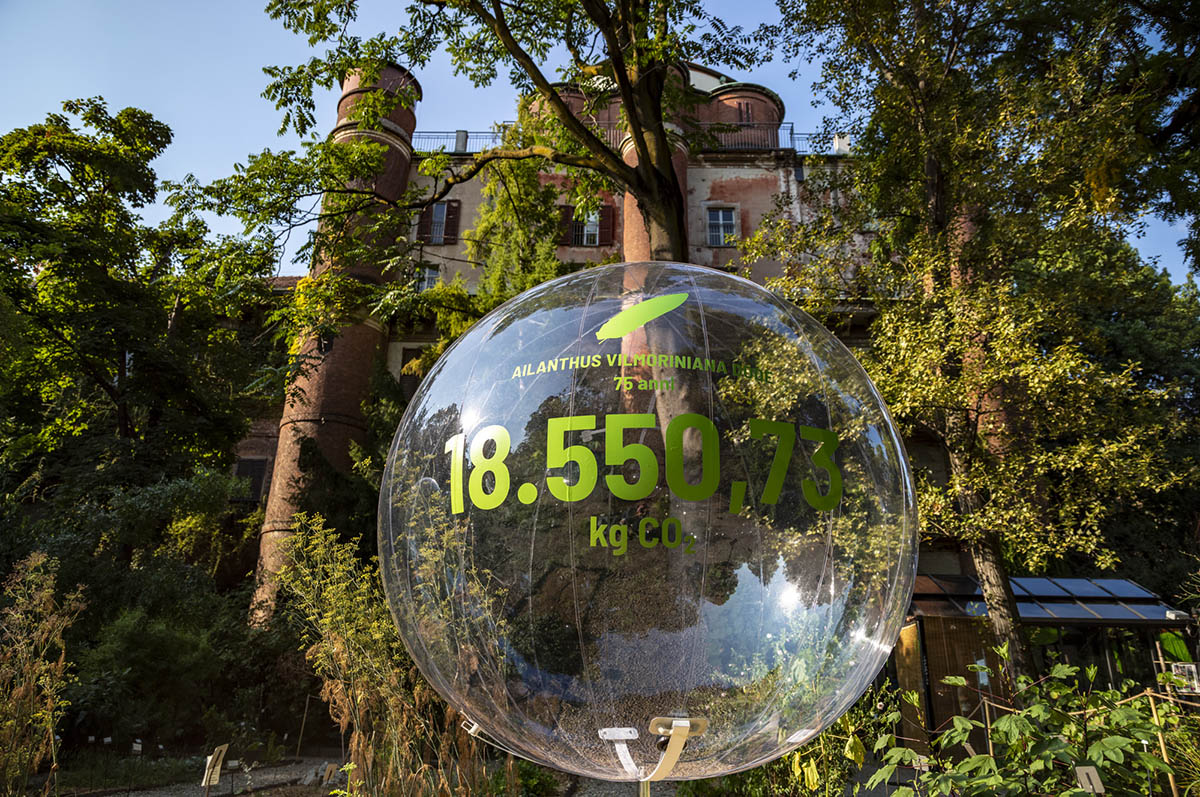 The installation advances the ongoing collaboration between CRA and Eni, whose objective is to explore new circular economy and sustainability paradigms.

Recent projects include the prize-winning Circular Garden at Milan Design Week 2019, produced in collaboration with INTERNI, which used one kilometer of mushroom mycelium as a recyclable building material to form a series of catenary arches interspersed among vegetation.

Later that year, CRA and Eni also presented Feel the Peel, a prototype of an orange squeezing machine that makes 3D-printed bioplastic drinking cups out of orange peels.

A project by: CRA-Carlo Ratti Associati for Eni

Where: Brera Botanical Garden of the University of Milan, Italy