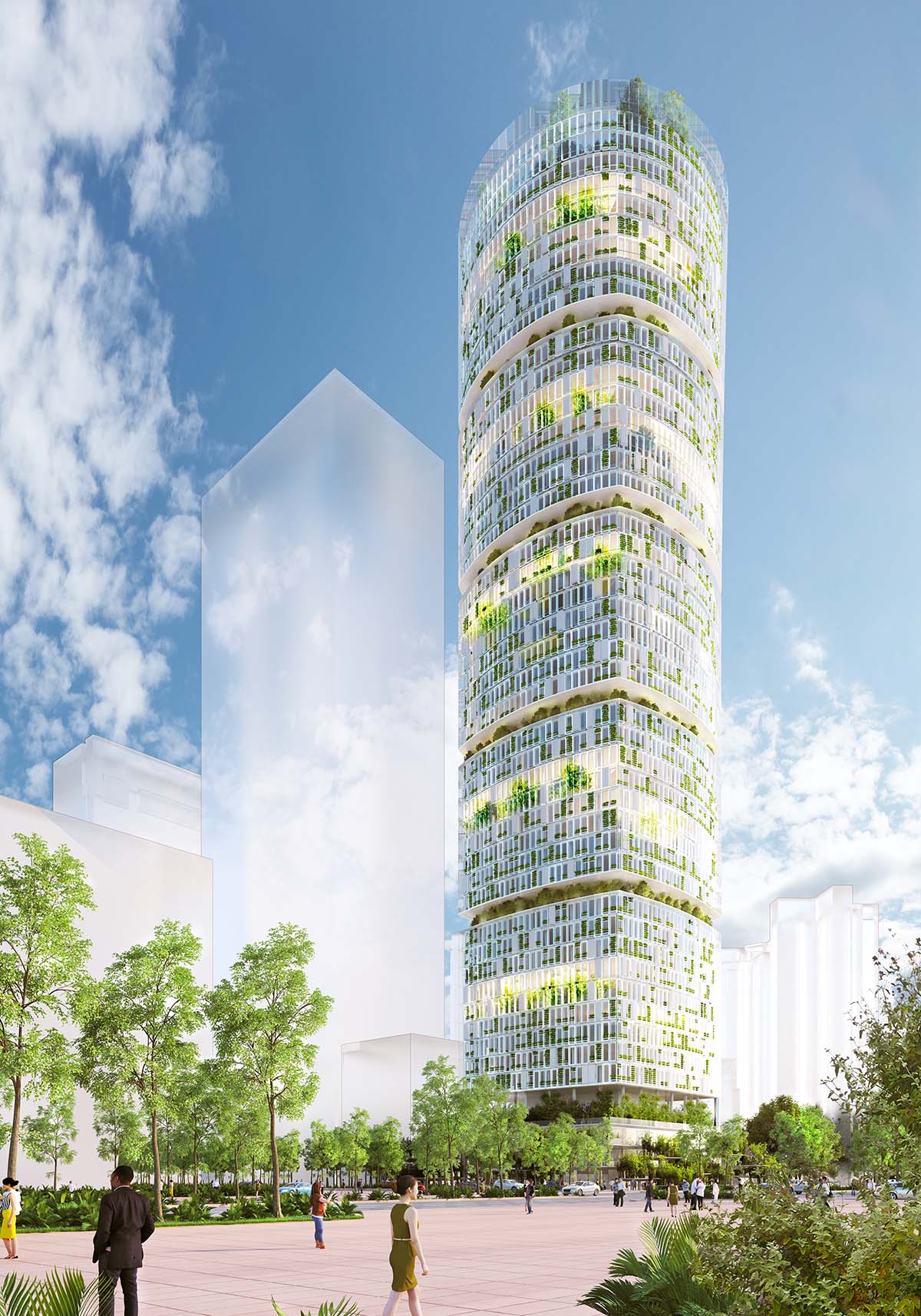 International design and innovation office CRA-Carlo Ratti Associati has unveiled design for a new office tower that will "become the world’s first "farmscraper", producing crops that can feed 40,000 people a year.

Called Jian Mu Tower, the 218-metre high building will be built in Shenzhen, China and will incorporate a large-scale farm into its 51-story structure. The tower will house offices, a supermarket and a food court.

Set to be located in the southern Chinese city of Shenzhen, the skyscraper was envisioned for an international competition organized by leading Chinese supermarket chain Wumart. 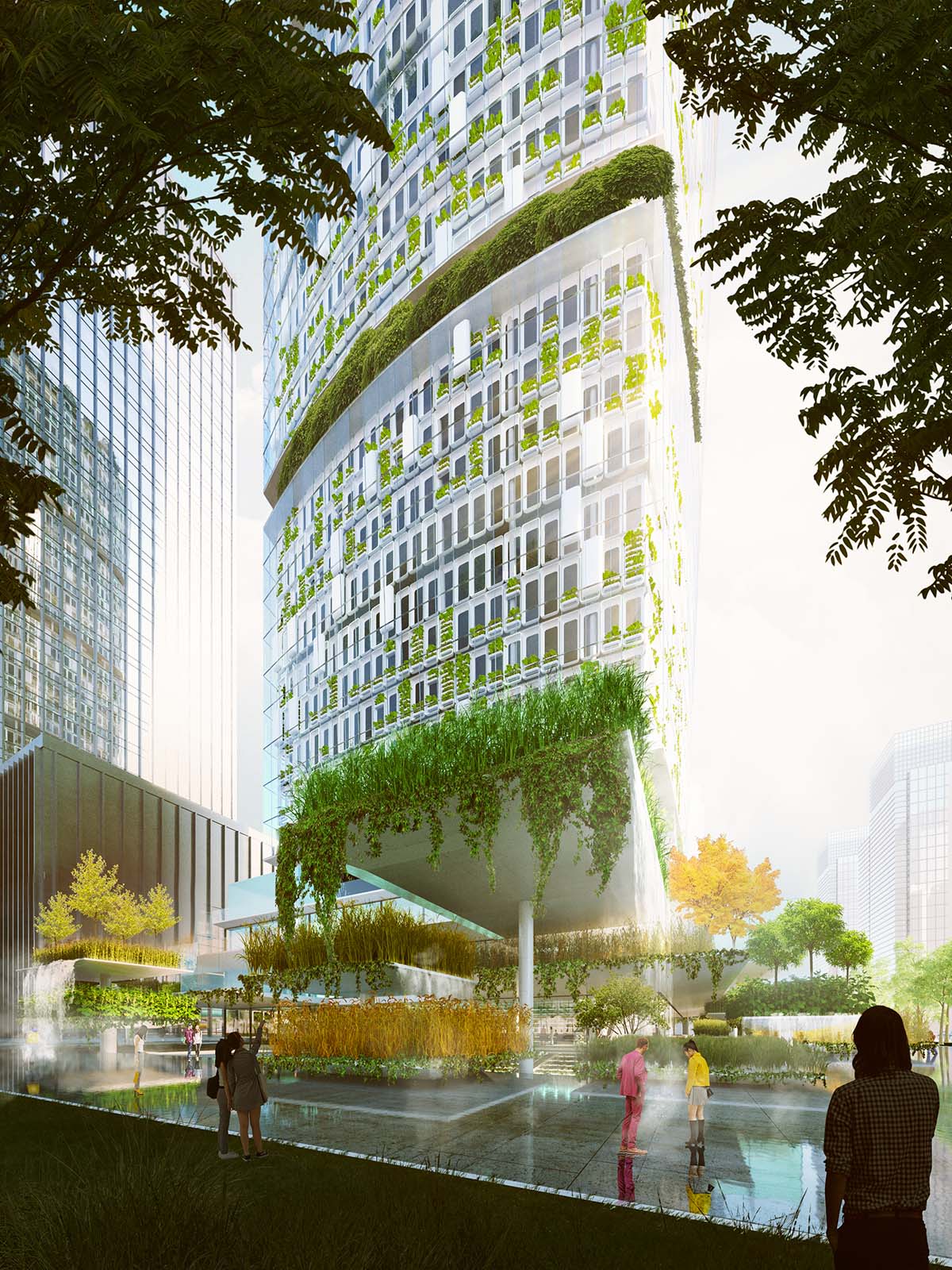 The tower introduces a new kind of skyscraper where the natural and the artificial closely overlap. The building’s design makes it possible for the building’s tenants to cultivate, purchase and consume fresh vegetables and fruits directly inside the tower.

In the tower, there will be a dedicated 10,000 square meters of space on its façade for the cultivation of crops. Through the integration of a vertical hydroponic farm, the tower is expected to produce an estimated 270,000 kilograms of food per year, which will be enough to cover the needs of roughly 40,000 people.

The tower will establish its own self-sustained food supply chain, encompassing the cultivation, harvest, sale and consumption of crops, all inside the same building.

"Small-scale urban farming is happening in cities all over the world – from Paris to New York to Singapore. Jian Mu Tower, however, takes it to the next level, Such approach has the potential to play a major role in the design of future cities, as it engages one of today’s most pressing architectural challenges: How to integrate the natural world into building design," said Carlo Ratti, founding partner of CRA and professor at the Massachusetts Institute of Technology. 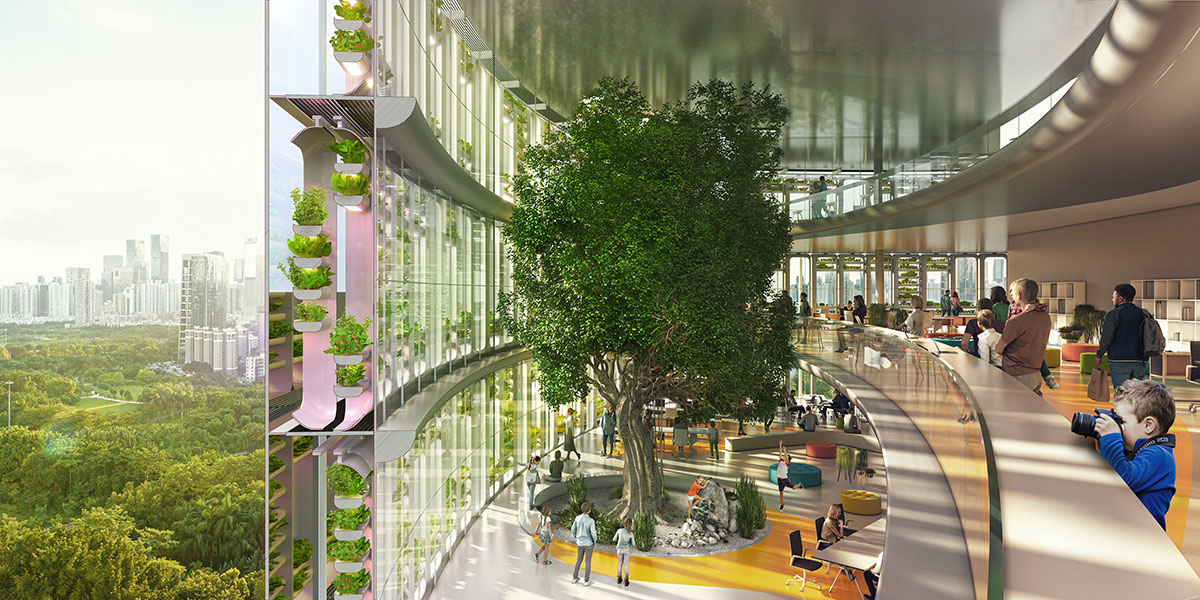 CRA takes the name of the tower from the mythical symbol of the “jian mu tree” which, in ancient Chinese folklore, connects heaven and earth. According to traditional belief, heaven is round while the earth is square.

The skyscraper's rectangular base echoes this principle and gradually morphs into a tubular form as it rises. The tower offers 90,000 square meters of space across 51 levels.

CRA is working with Italian-based company ZERO, who specializes in innovative approaches to agriculture, the tower’s farm will be optimized to produce everything from salad greens to fruits to aromatic herbs, while remaining efficient and sustainable.

In addition, the farm's day-to-day operations, managing irrigation, nutritional conditions, and other matters will be managed by an AI-supported "virtual agronomist".

"Apart from the vertical farm, the building’s natural and artificial elements work alongside one another in many other ways. On the tower’s outside, a series of landscape terraces house a wide variety of flora including water lily, fern and lychee," said CRA.

"These terraces promote biodiversity and take advantage of Shenzhen’s abundant precipitation in their sustainable irrigation system. In addition, the office workers inside Jian Mu Tower are able to utilize the inner gardens for relaxation and social interaction." 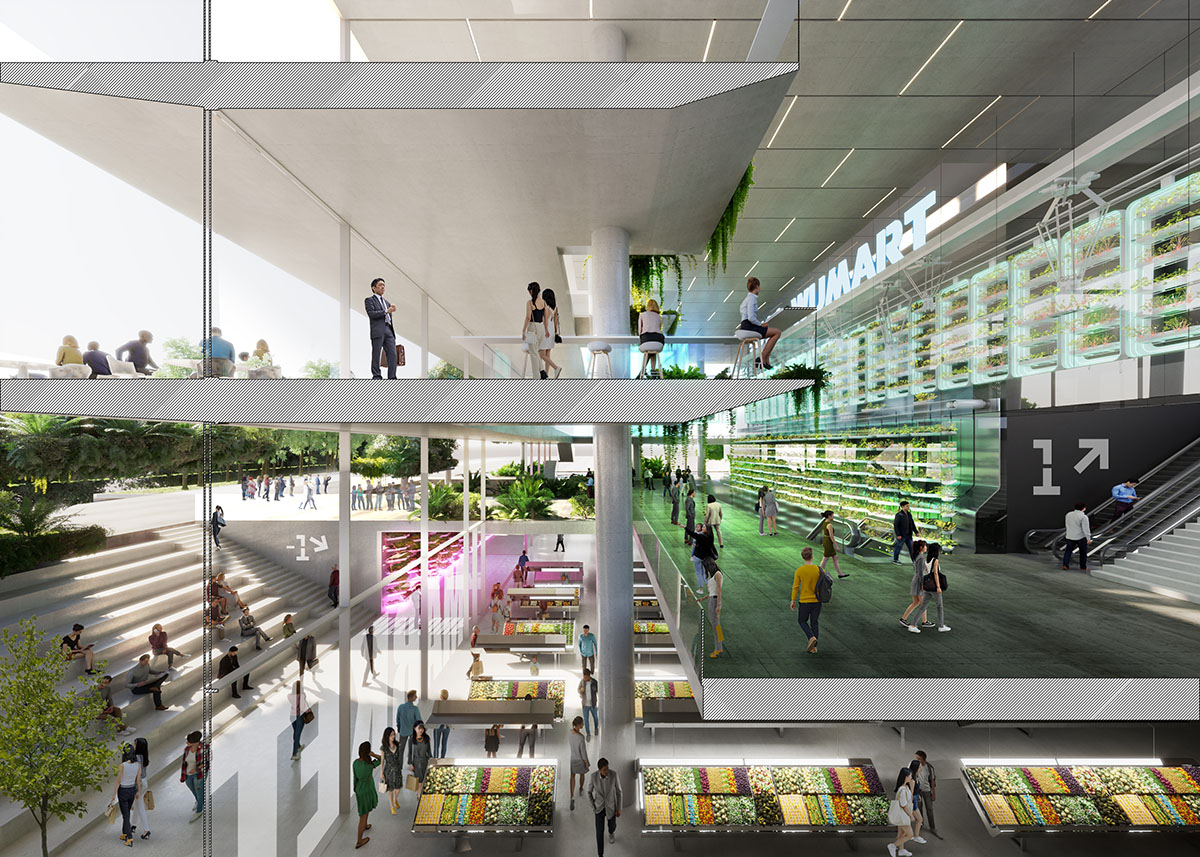 The skyscraper will have double-height gardens and will seamlessly be integrated into the interior spaces, allowing tenants to feel immersed in a natural setting.

The prominence of greenery on the building’s surface effectively reduces solar irradiance in indoor areas and the need for air conditioning. Furthermore, workers will be able to use a mobile app to customize the micro-climatic conditions of their offices. 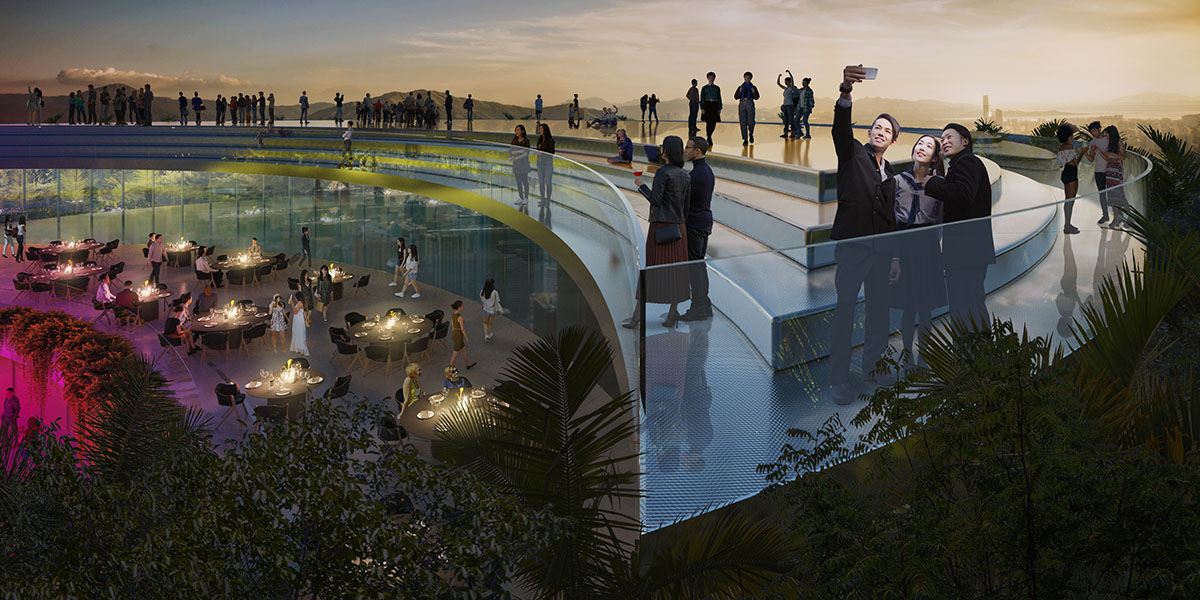 Jian Mu Tower is the latest example of CRA’s efforts to incorporate natural and agricultural systems into urban structures. Projects sharing a similar sensibility include Vitae, a building complex in Milan currently under construction for Covivio, which is anchored by a 200-meter-long vineyard accessible to the public.

In Singapore, the studio is collaborating with BIG-Bjarke Ingels Group to construct the CapitaSpring Tower for CapitaLand. The 280-meter high building, set to open in late 2021, features an indoor forest that stretches across several levels.

Finally, the Shenzhen skyscraper’s proposition for a smart supermarket was preceded by the Future Food District at the 2015 Milan World Expo, designed by CRA for Coop Italia, Italy’s leading supermarket chain.

Carlo Ratti was previously guest of WAC's Live Interview Series, the architect discussed the future of mobility and autonomous world. You can watch Carlo Ratti's live talk on WAC's IGTV.

A project by: CRA-Carlo Ratti Associati