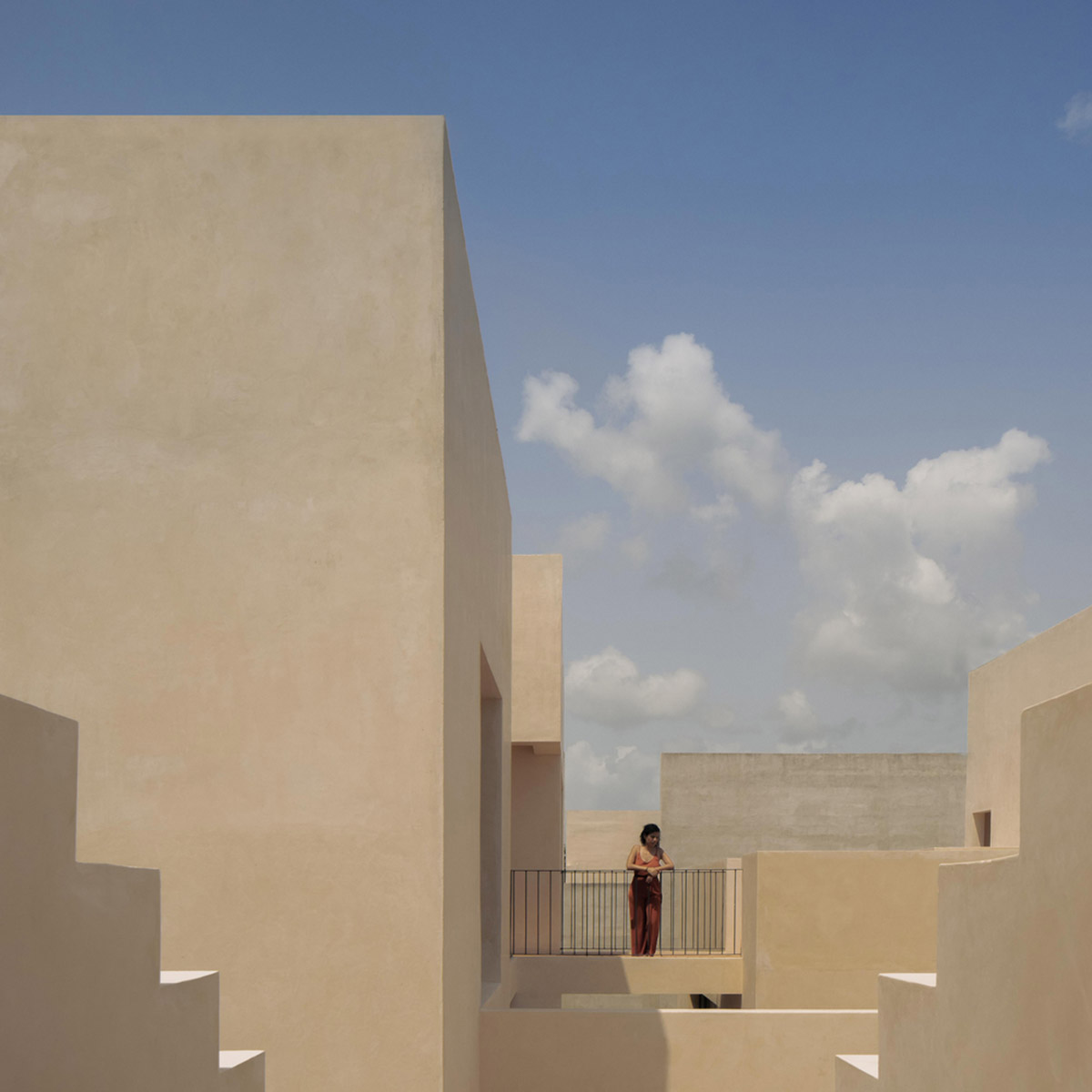 Named Cuatro cielos, the 811-square-metre apartments is situated in the south of Tulum on a 476-square-metre plot, inviting residents to a surprising spatial arrangement that is activated by narrow pathways and internal courtyards.

The design, led by architects Fernanda Rodríguez and Joel Martínez, includes four apartments and each volume has its own layout and offers character, while they all were planned to ideally respond to the environment and provide quality spaces. 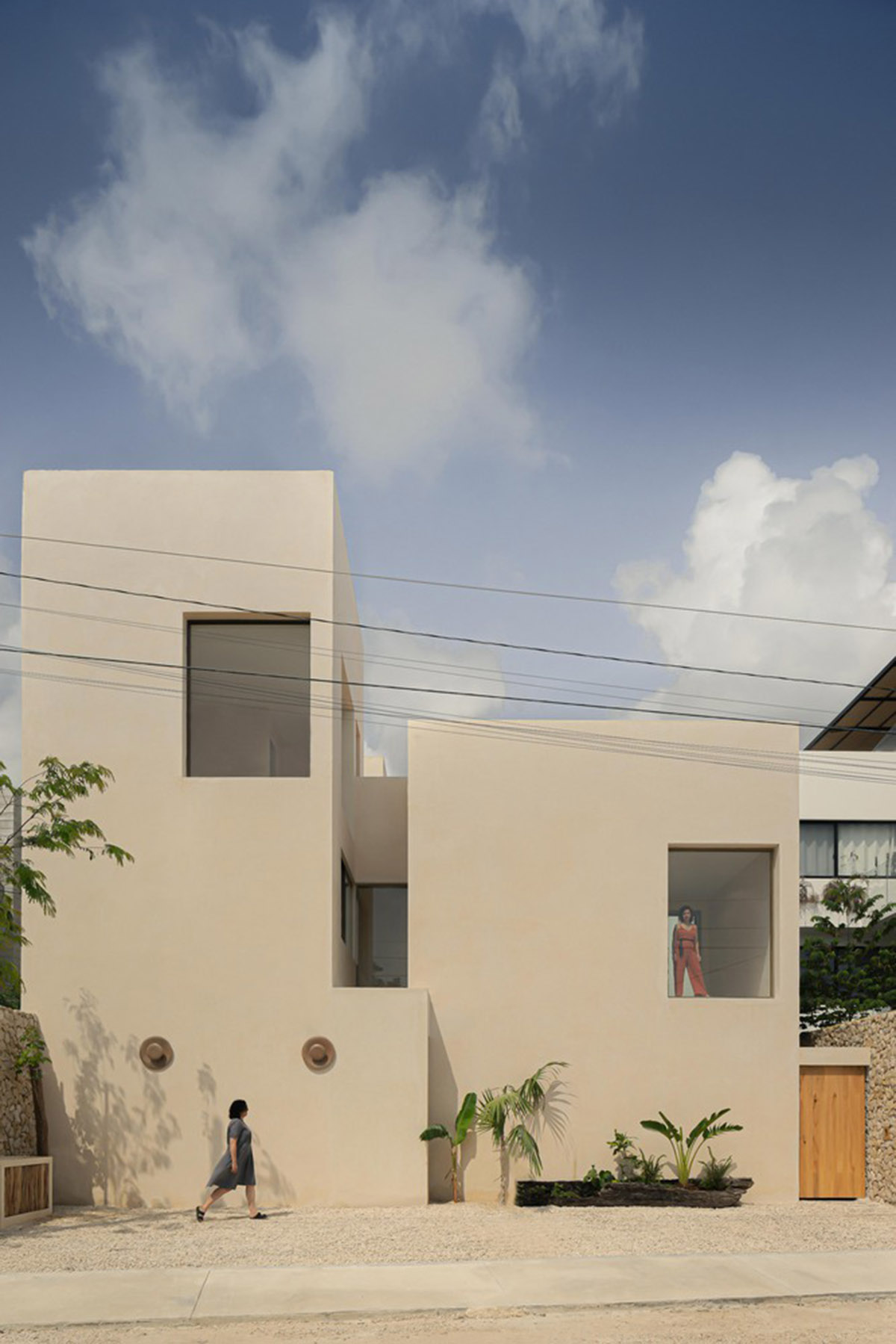 The complex features a discreet facade, for the project, the architects aimed to create development that would open inwards. Each volume should have create its own view and space.

Although the language of the complex is unified, the textures, colors, light, shadow and vegetation offer a surprising movement between the volumes and connect the volumes in a holistic approach. 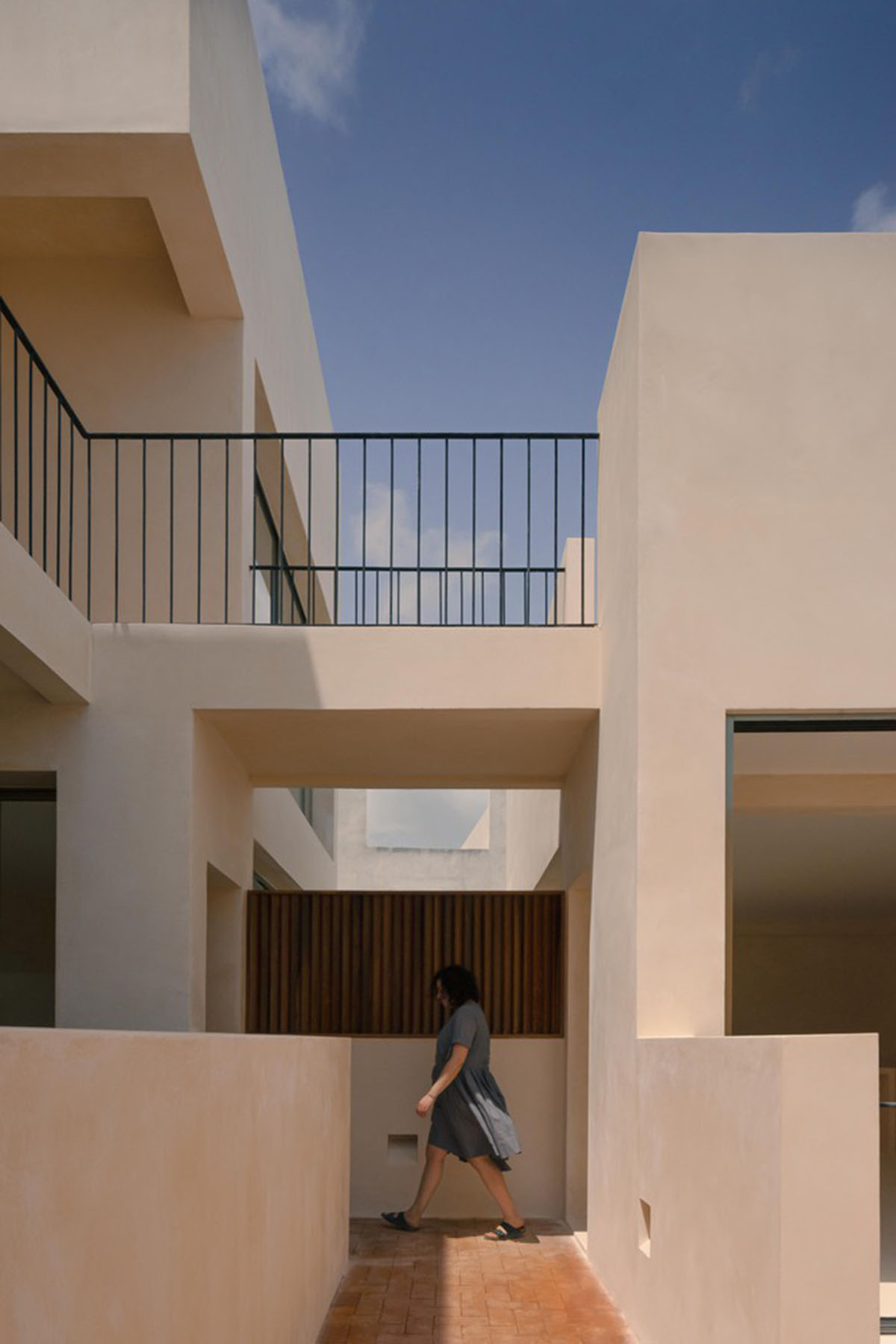 The complex has two private pool units on the ground floor and two terrace units on the second level. The four with two or three bedrooms, the four with a disposition that makes the complex uniform exterior before getting inside the next room.

"We wanted each apartment to felt different, we wanted people to identify with the place, to make the apartment of their own as they explored it," said the architect Fernanda Rodríguez.

"But it was also important to make sure they knew they were in Tulum, that they lived the jungle, the heat, the ambient humidity and, of course, the skies," added Rodríguez. 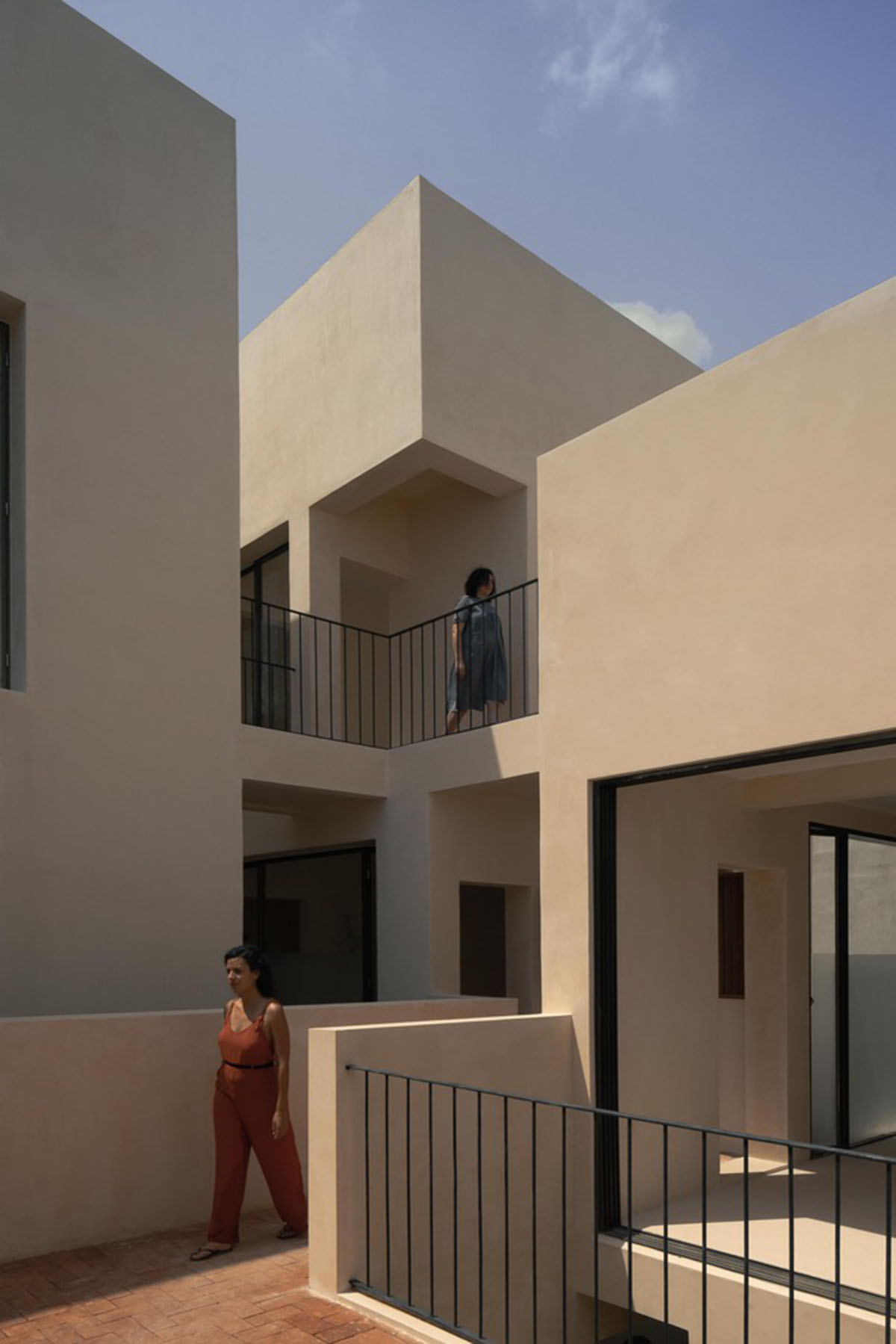 The studio stated that "along with achieving clear transitions between interior and exterior, another objective was to achieve a type of independence and privacy that wouldn’t require walls entrenching the residents or a development cut in four."

For the firm, it was important to create connections with inhabitant to the environment, while encouraging the interpersonal connections. 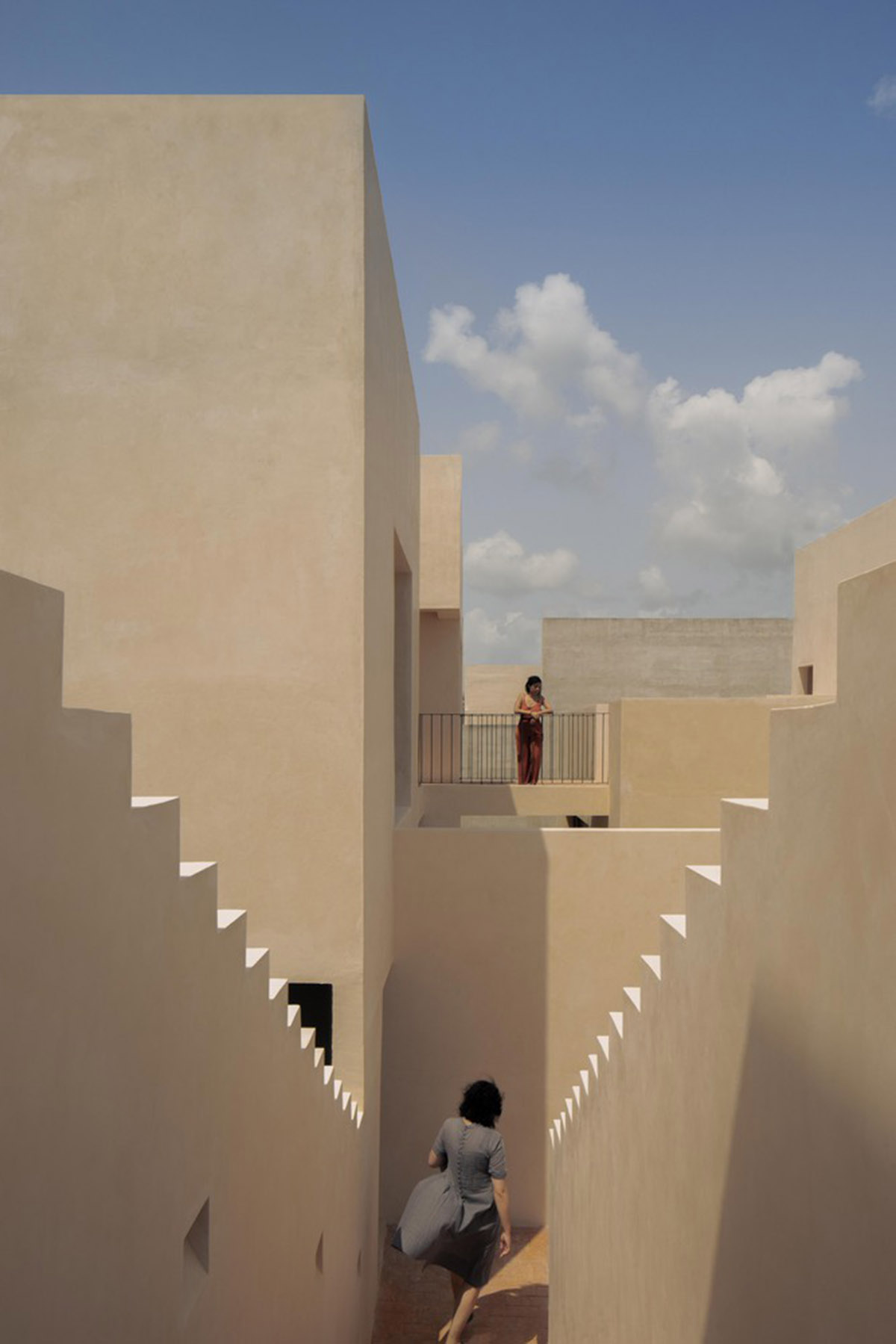 Considering these design parameters, the apartments were intertwined and connected to each other, activated with crossing passageways, bridges, and the matched angles.

"With the idea of experimenting views and natural conditions as plainly as it could be, Cuatro Cielos was built with local materials: chukum stucco for the floors, walls and pools, limestone –collected from the same digging– as gravel and exterior coating, Maculí wood and jiles fences," added the studio. 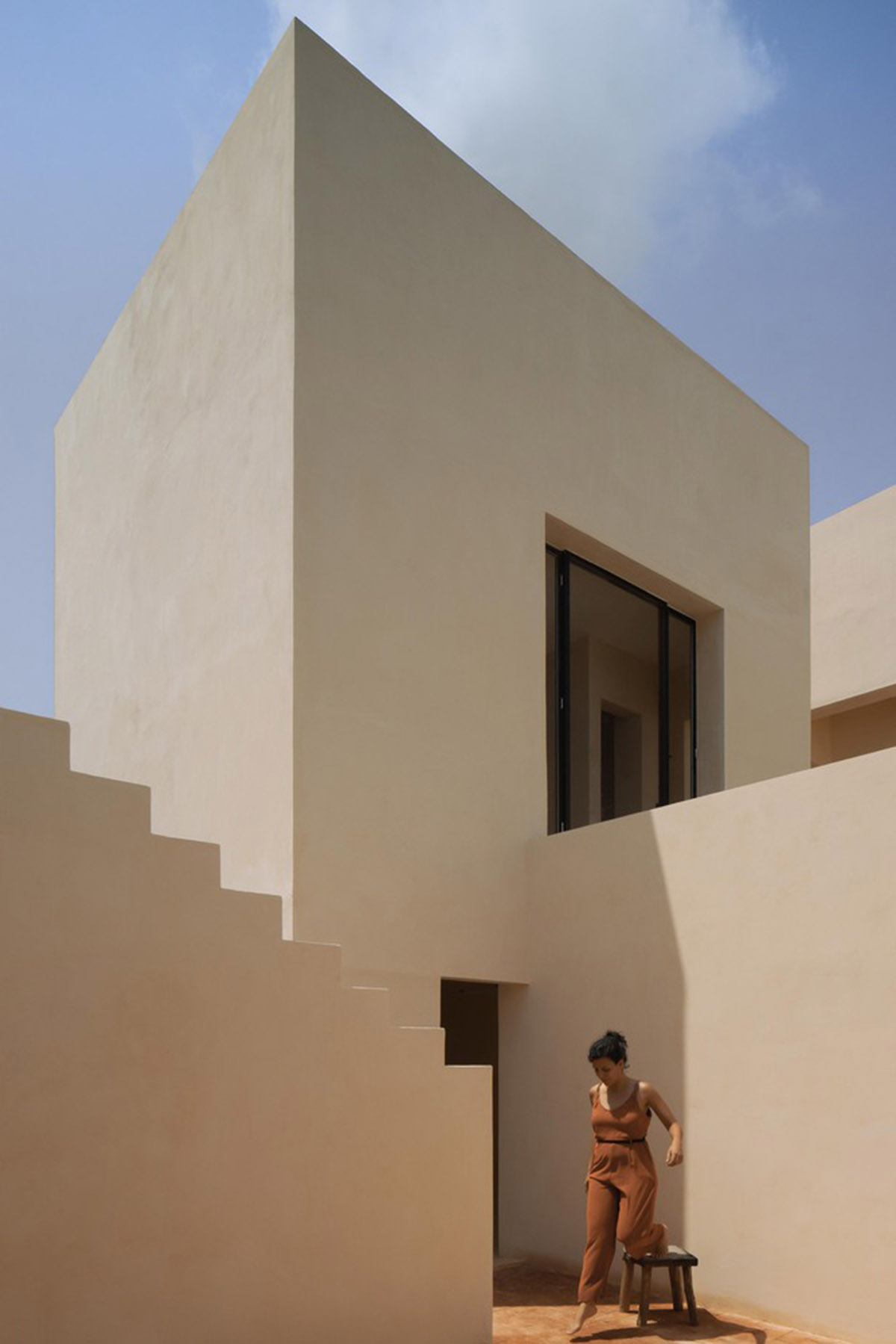 Apart from involving the use of local and traditional techniques, construction has the merit of giving the buildings good resistance for the site conditions: jungle, saltpeter, lots of sun and humidity. 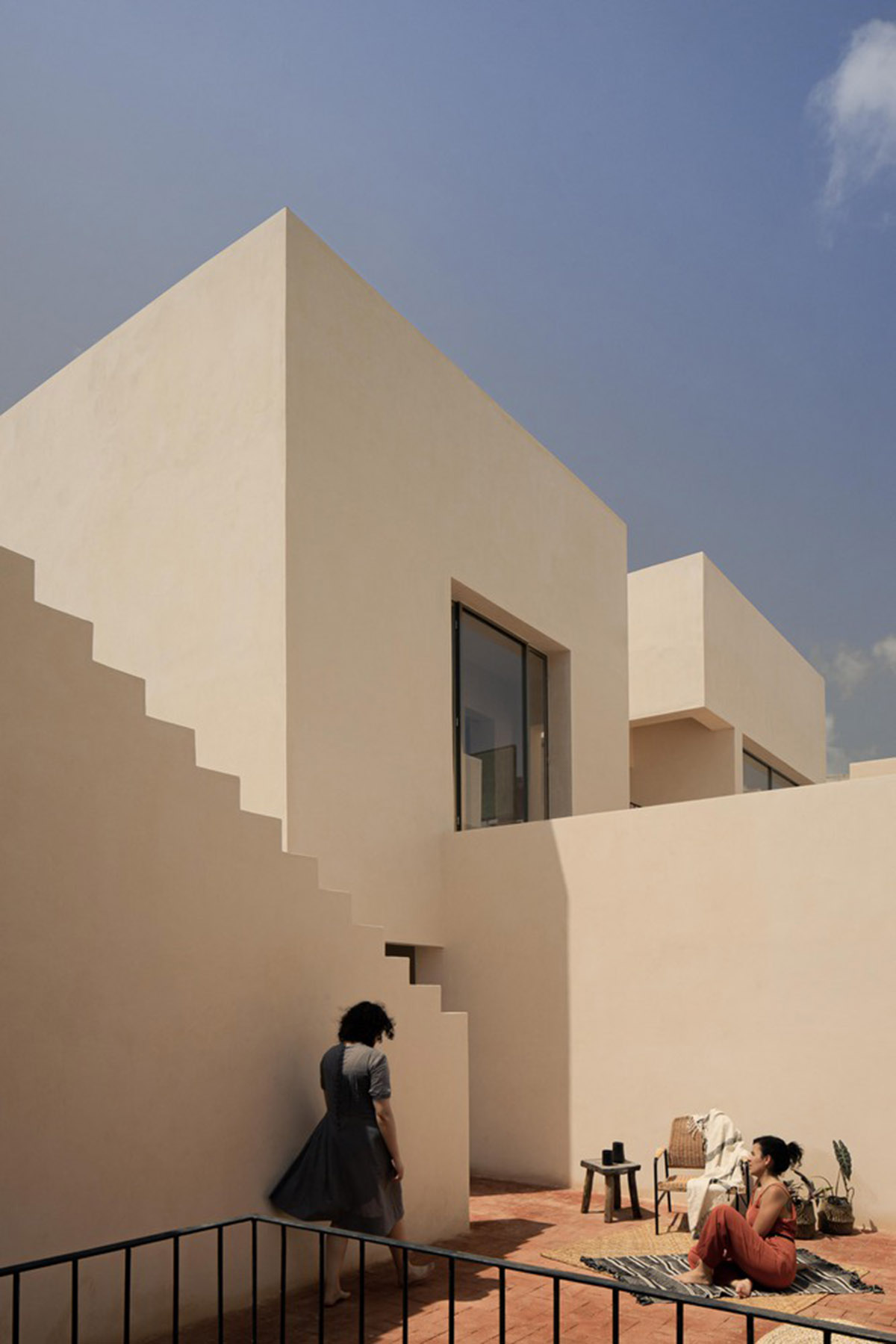 "Aesthetically, the natural character of those materials pay tribute to the beauty of Tulum’s jungles and beaches, and it exploits the impact of sunlight on its surfaces, turning out in colors, textures and entire atmospheres that change according to the hour of the day and the season of the year," added the studio. 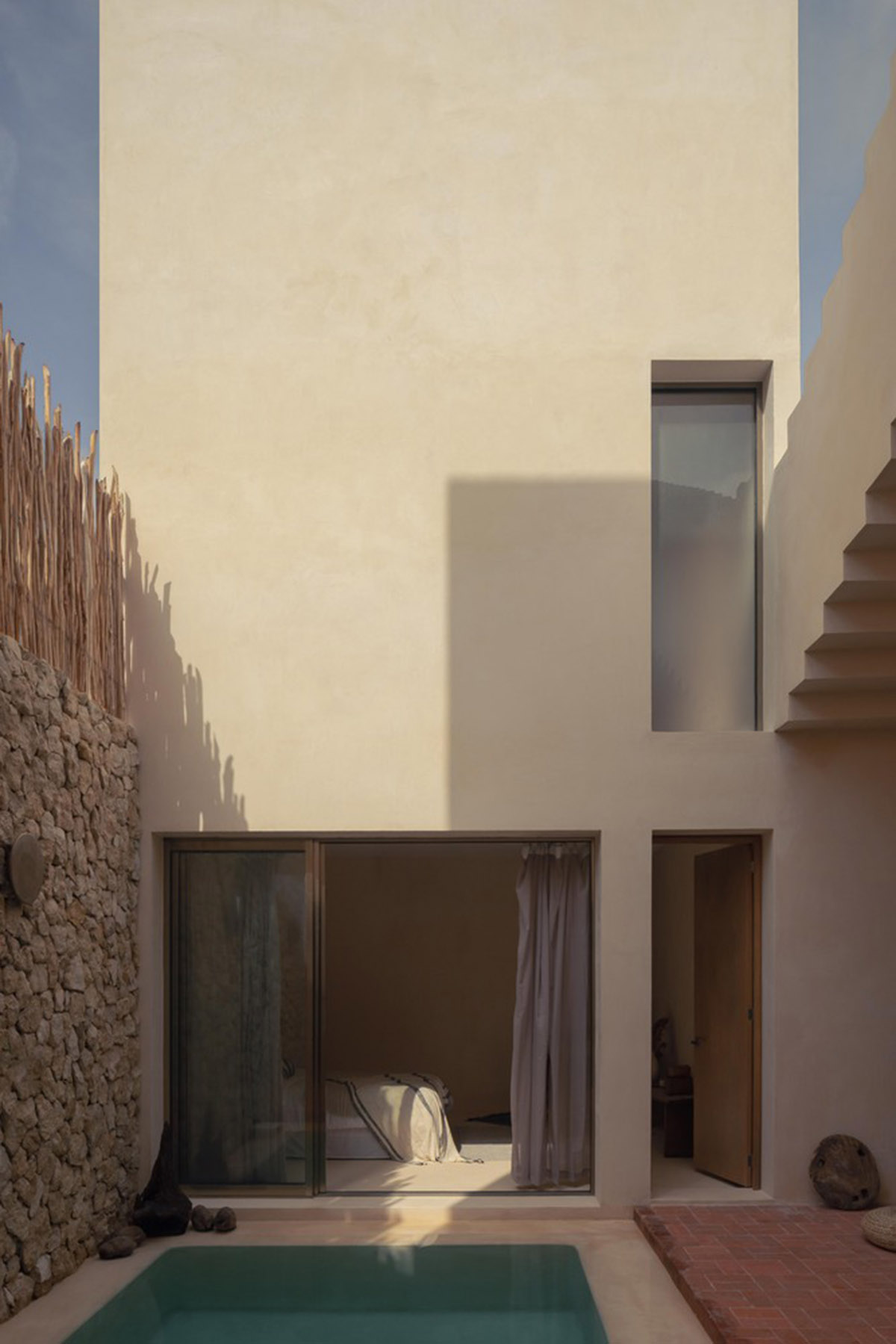 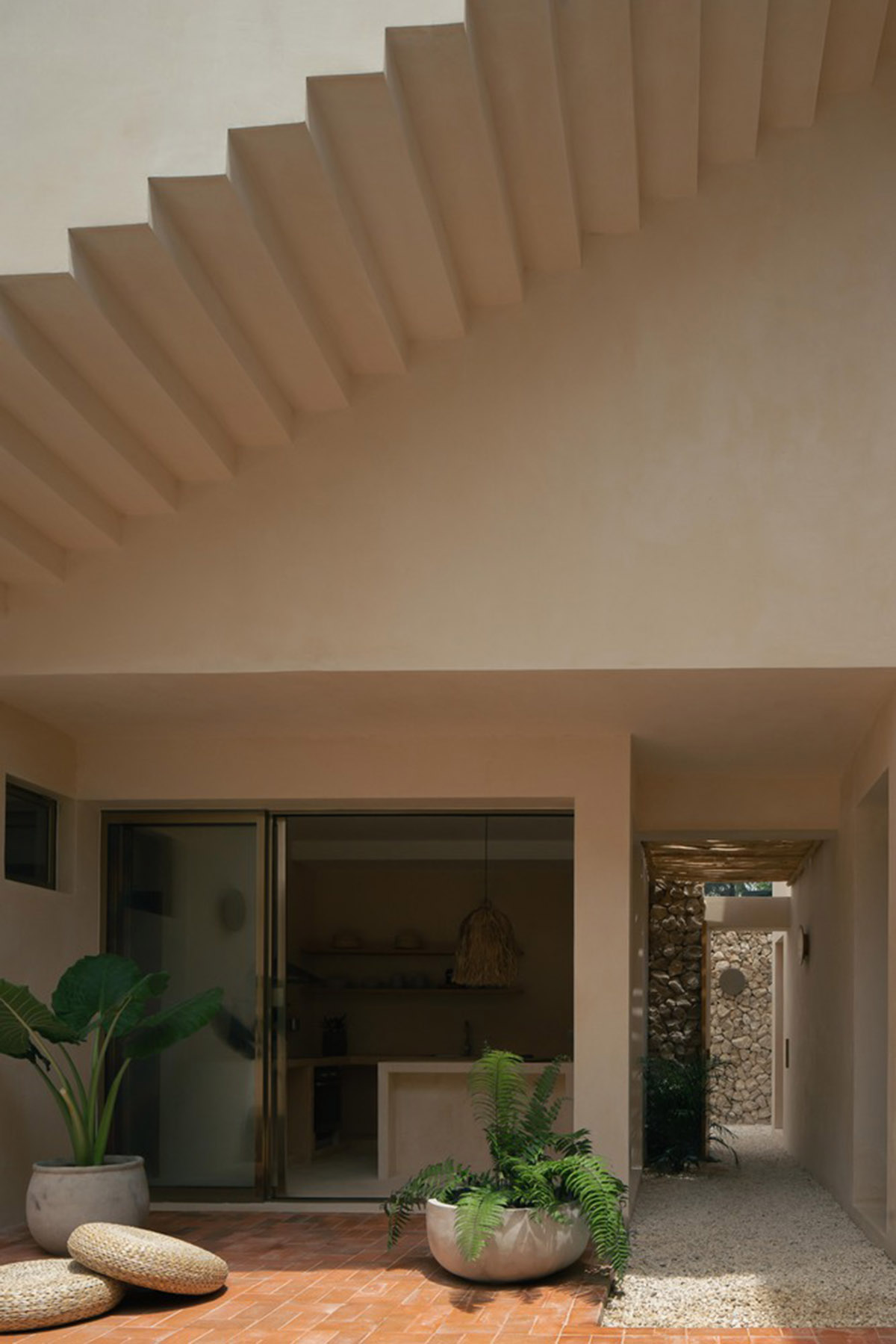 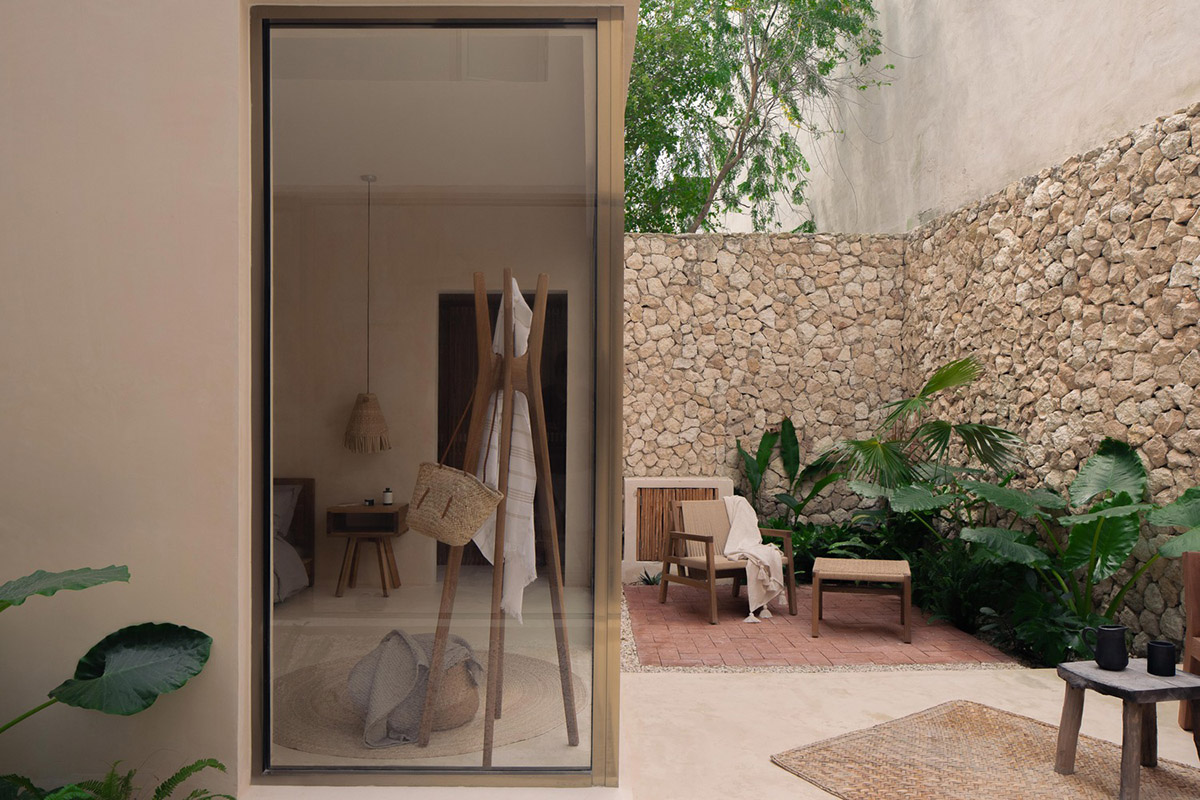 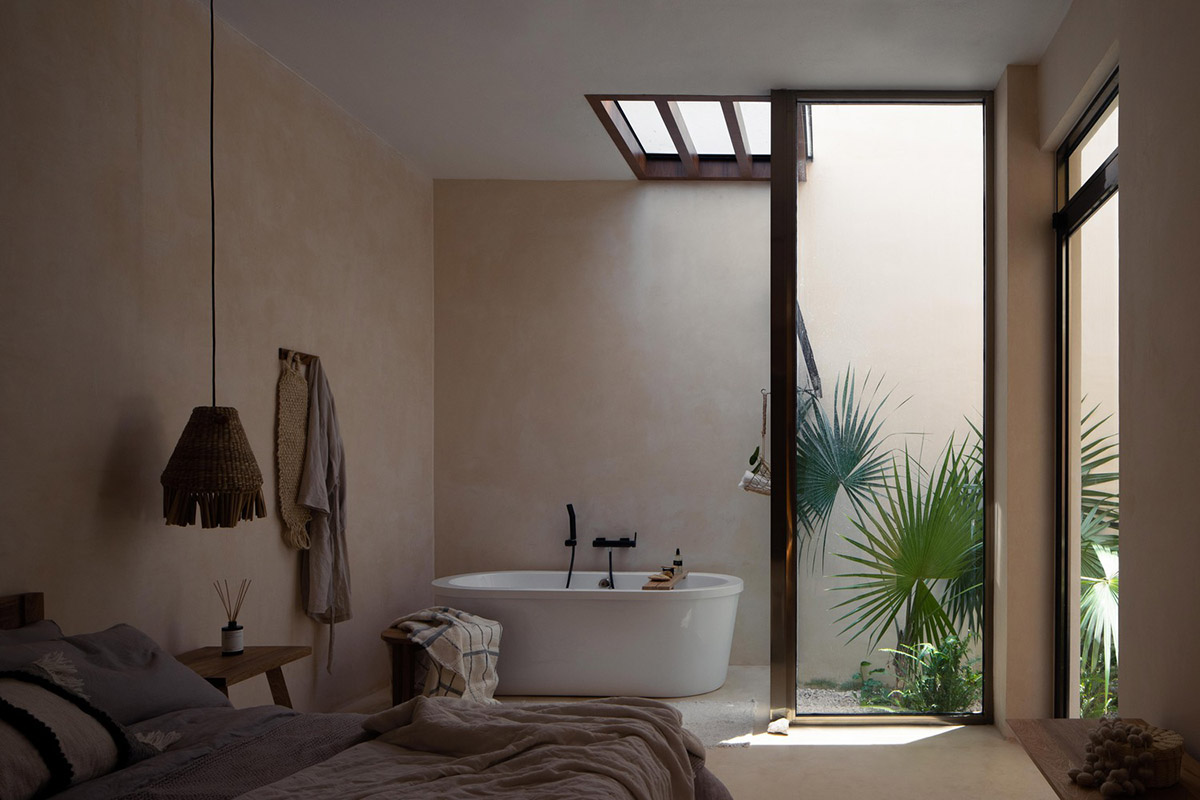 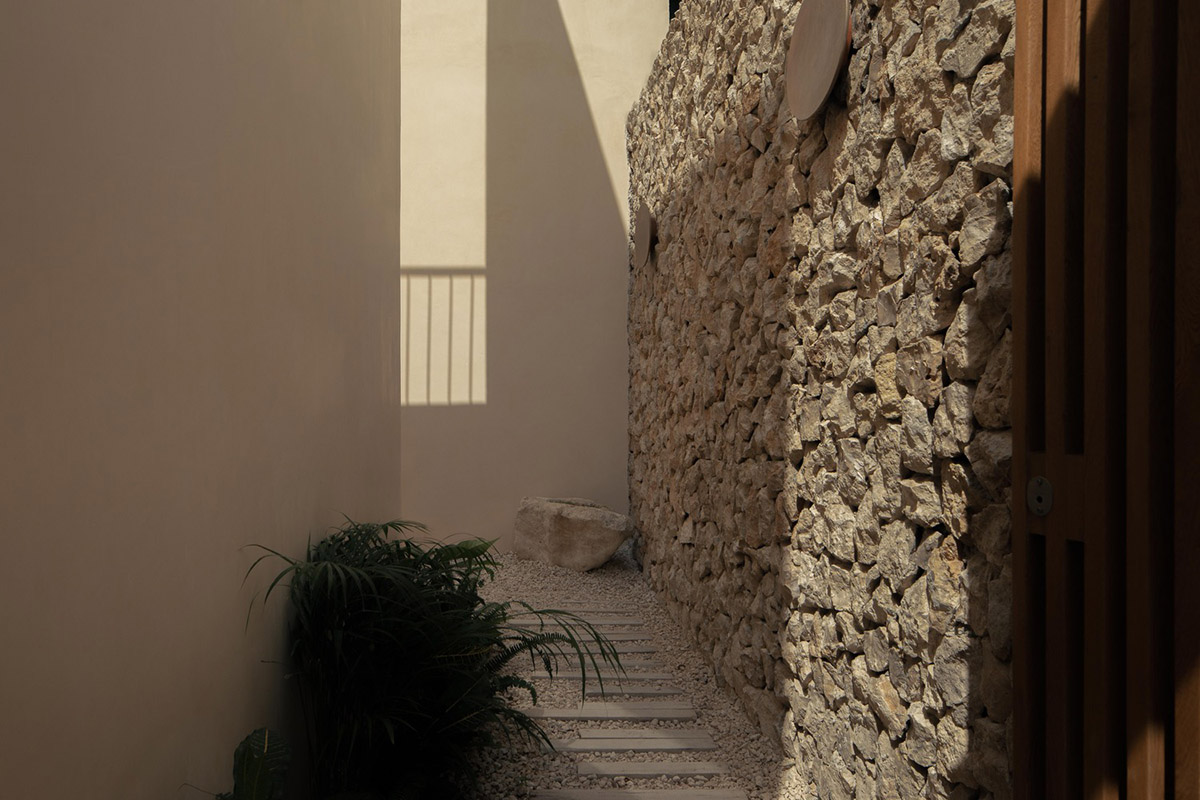 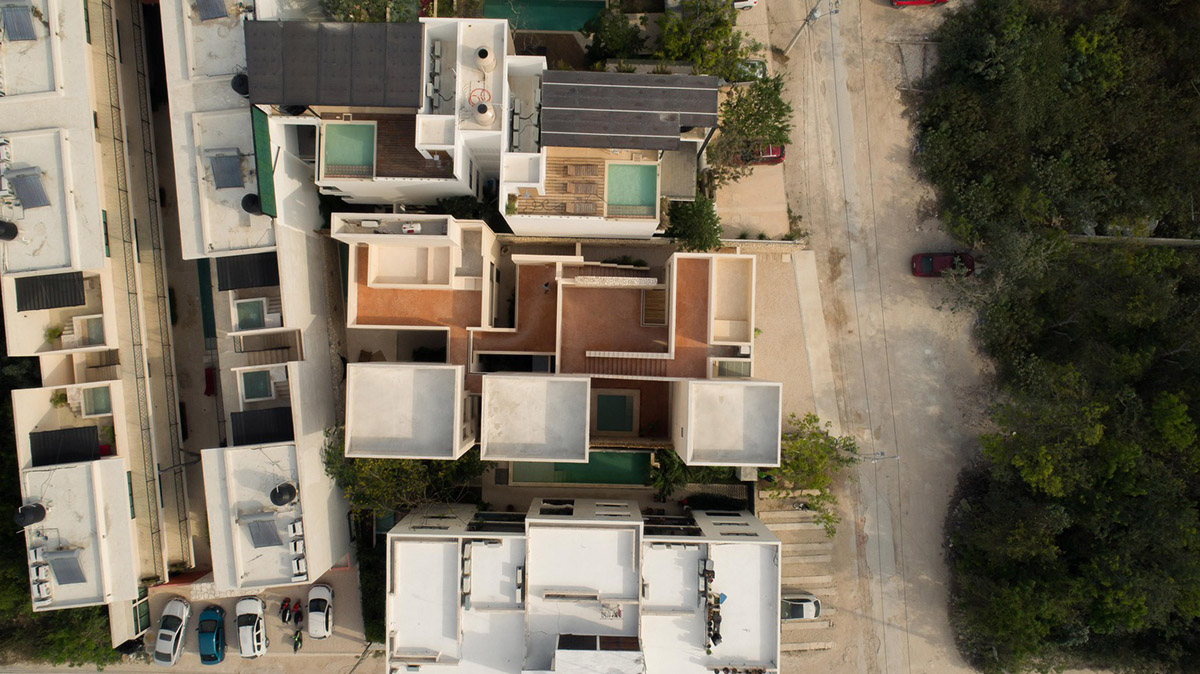 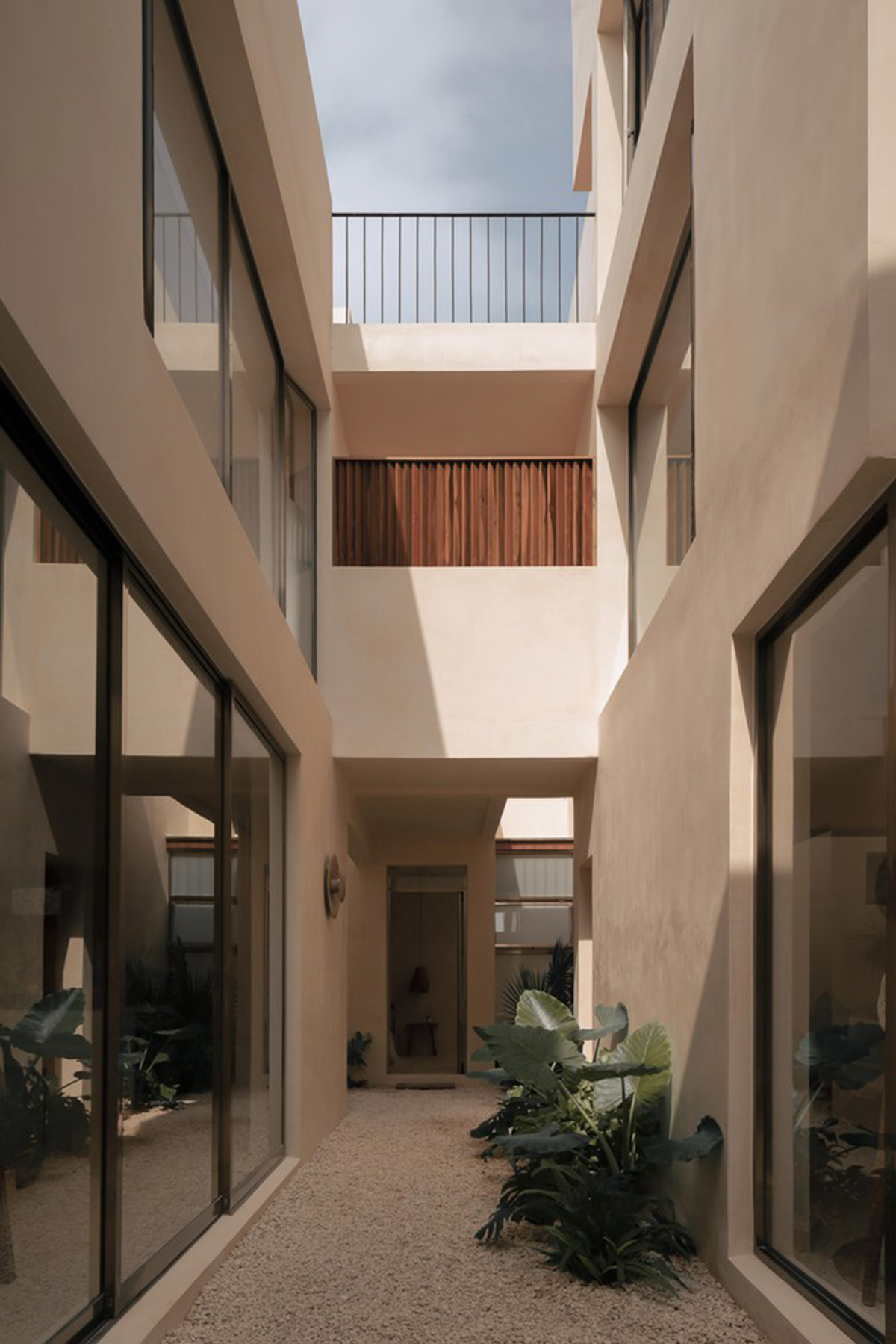 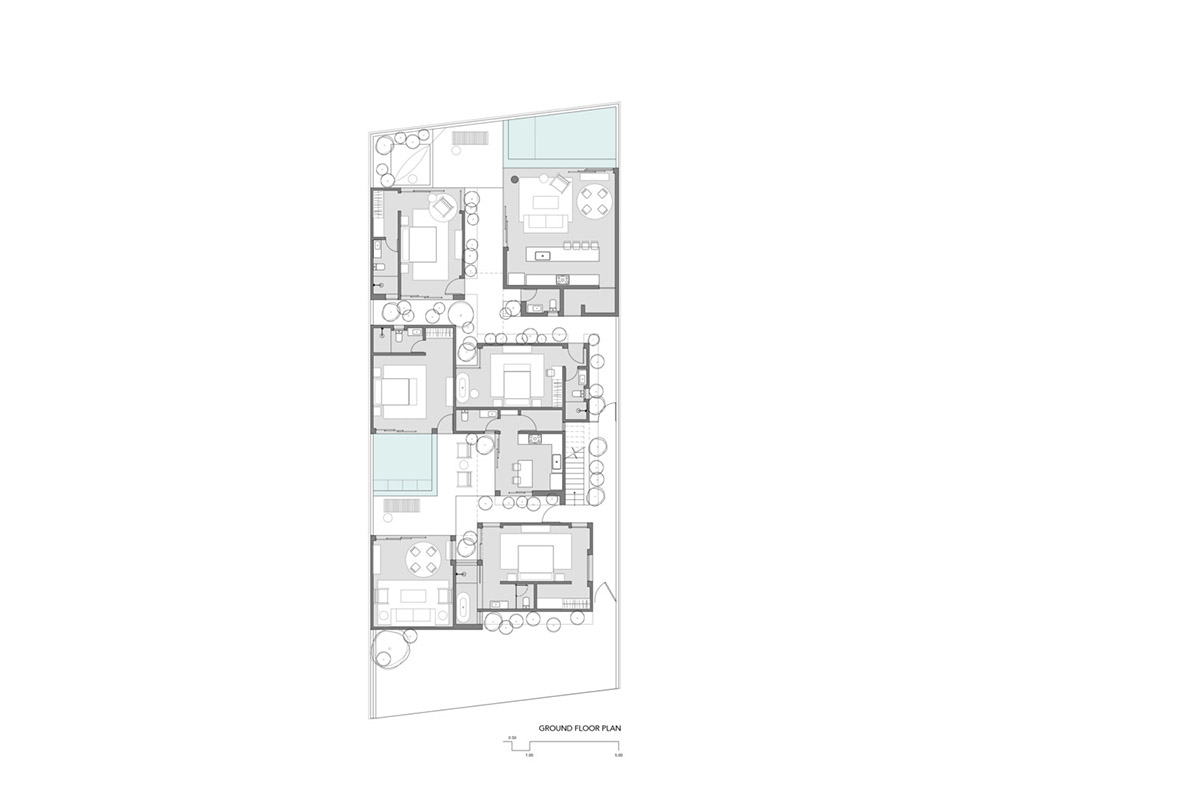 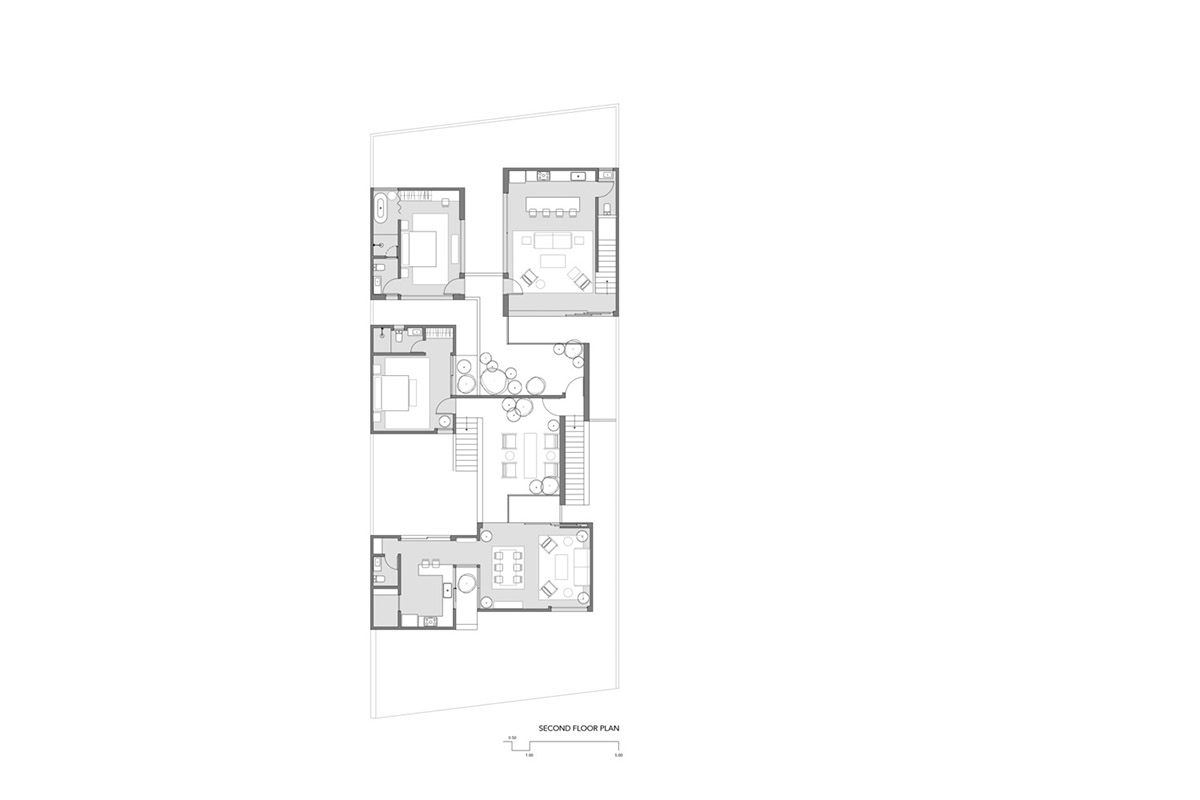 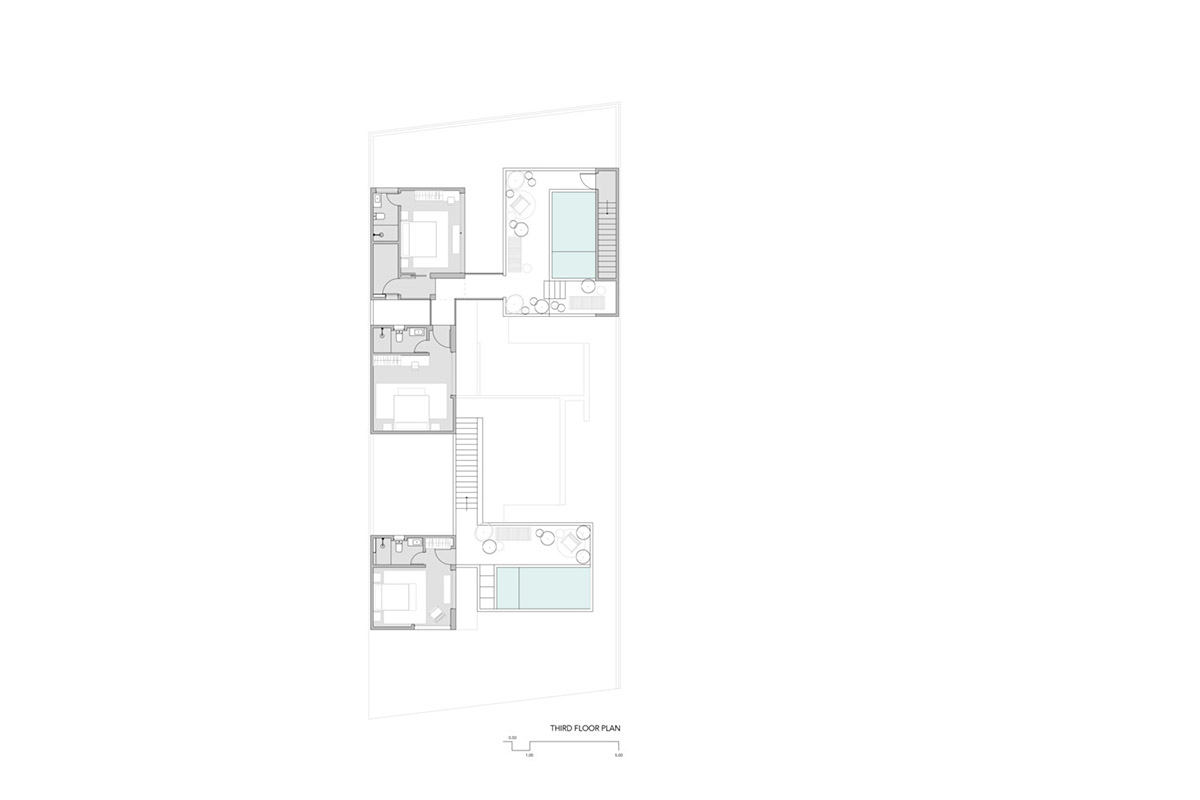