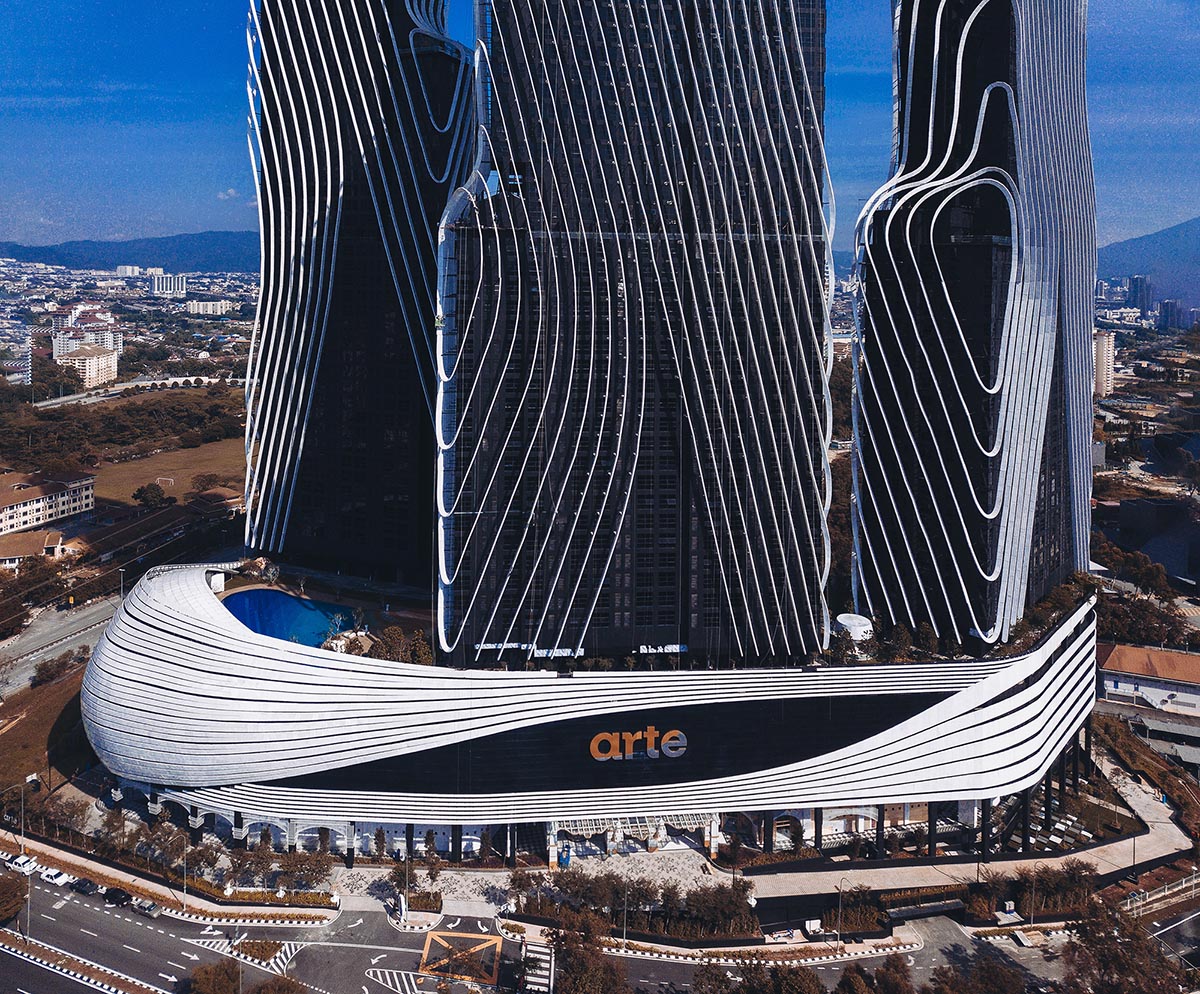 Singapore, Shanghai and London-based architecture practice SPARK has completed a trio of towers wrapped by aluminum ribs and manupulated with variations in façade.

The 200,000-square-metre development comprises two residential towers and a hotel, with retail amenities on the ground level. The cluster of three towers rise from the 7-storey podium, while one of the towers reach to maximum of 66 floors. 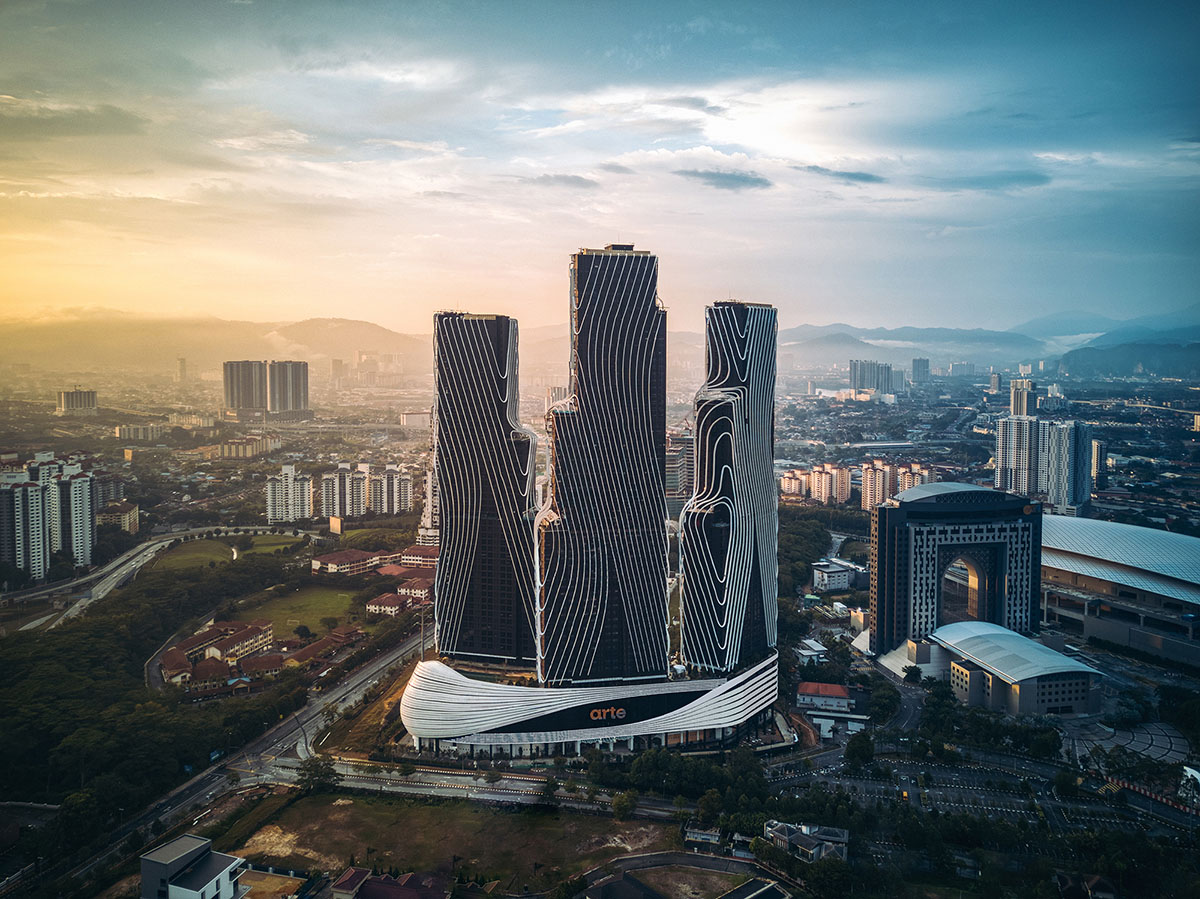 The interiors of the units are designed by Thomas Chan of Nusmetro in retro French Baroque style. 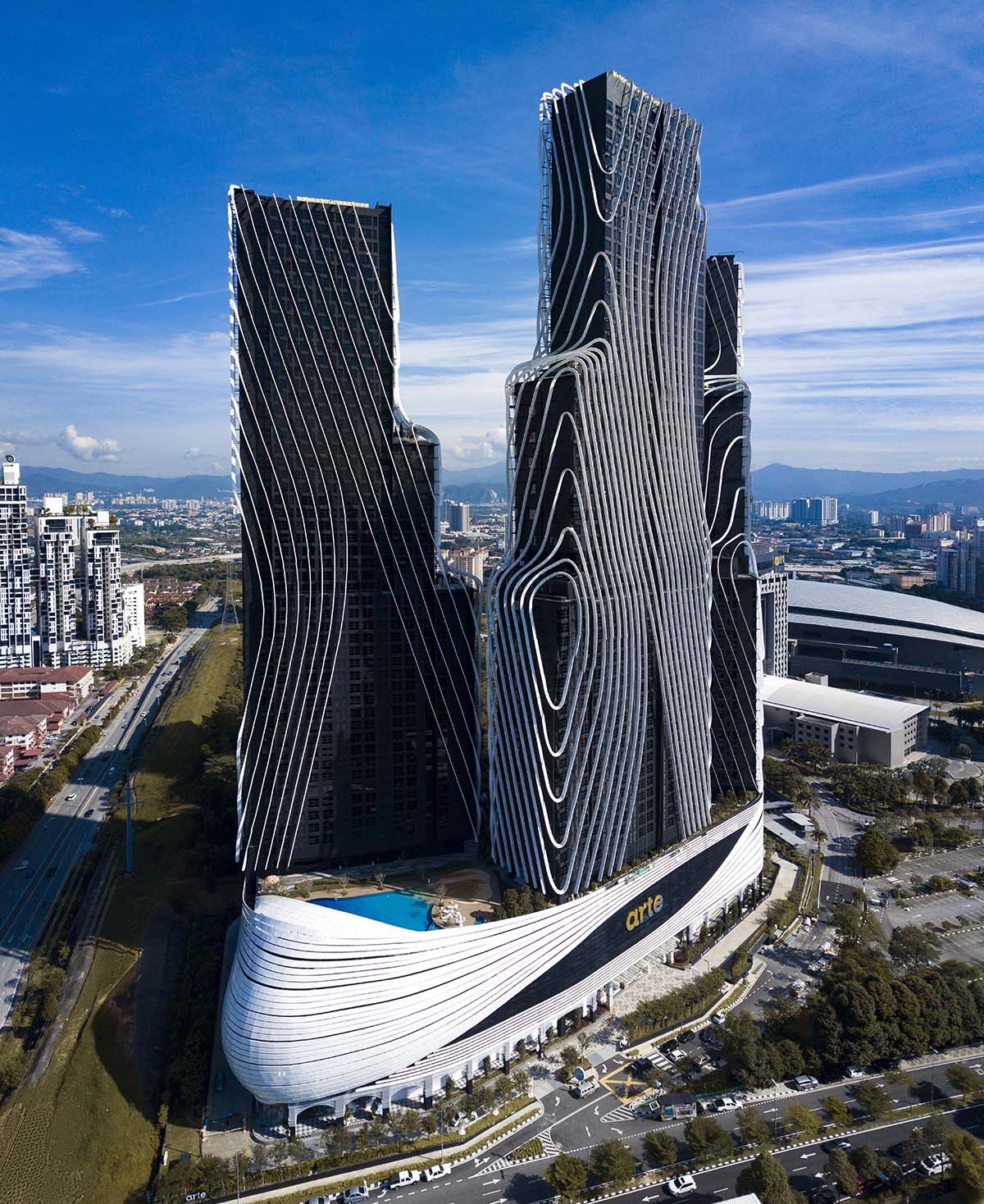 Designed for Malaysian developer Nusmetro, the main goal of the project was to design an integrated development with iconic spaces for all those who want to live, work, and play in the heart of the city and provide enclosures and structures that extend and connect the amenities together seamlessly with the architecture.

SPARK created a unique expression and transformation of the “local” standard residential typology. The pragmatic organisation of the residential towers is complemented by a series of ribs that provide the 60-storey buildings in a single homogeneous form. 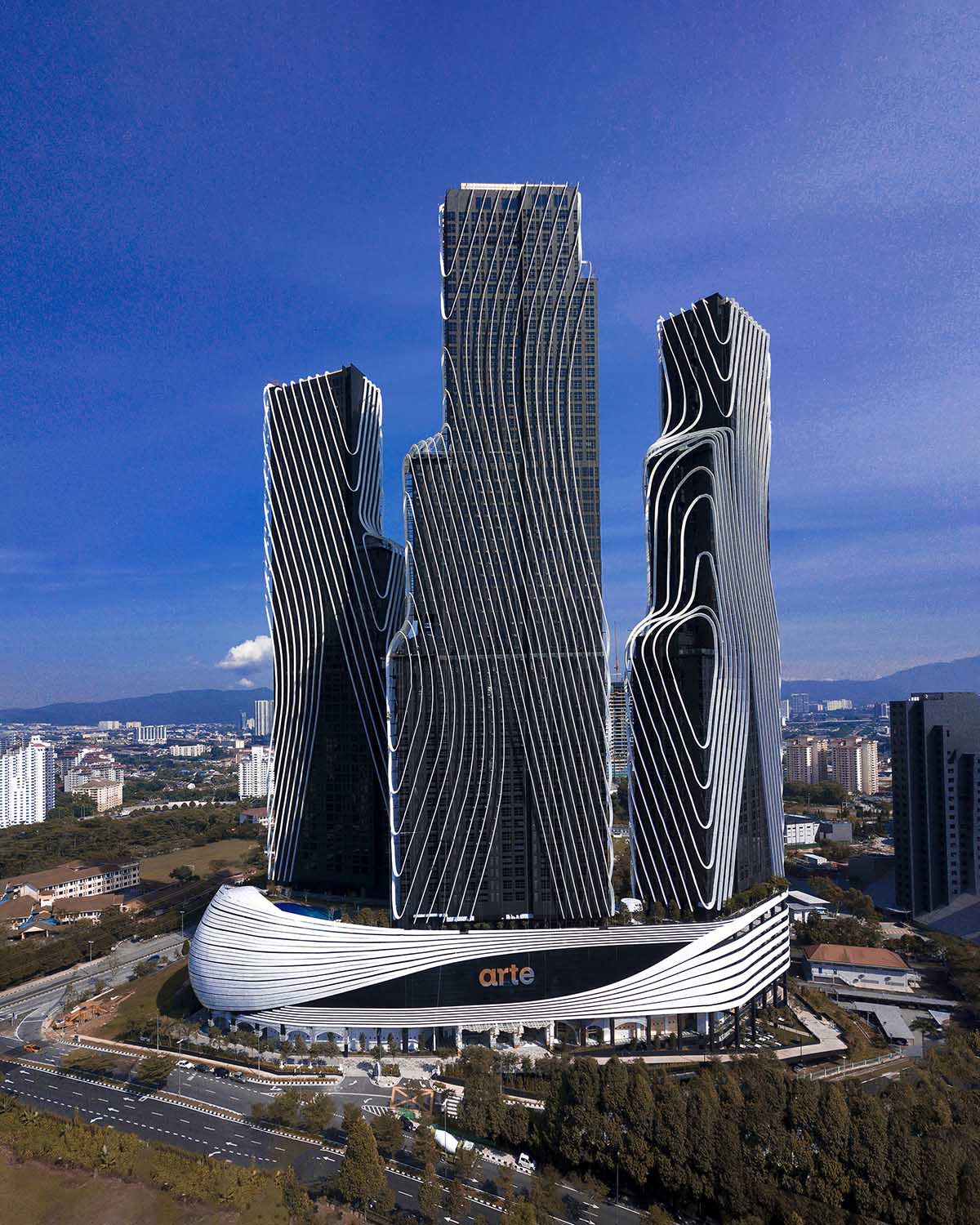 The ribs were inspired by the pattern of the client’s fingerprint, and provides the project with its unique identity of human DNA. The aluminum ribs manipulate the tower's envelope that radically transforming their appearance via the unique variation in shapes created by the relationship of the ribs to one another.

The three towers are raised on a 7-storey podium that is similarly shrouded with horizontal fins massaging the pragmatic functions into an organic exuberant expression of arrival. 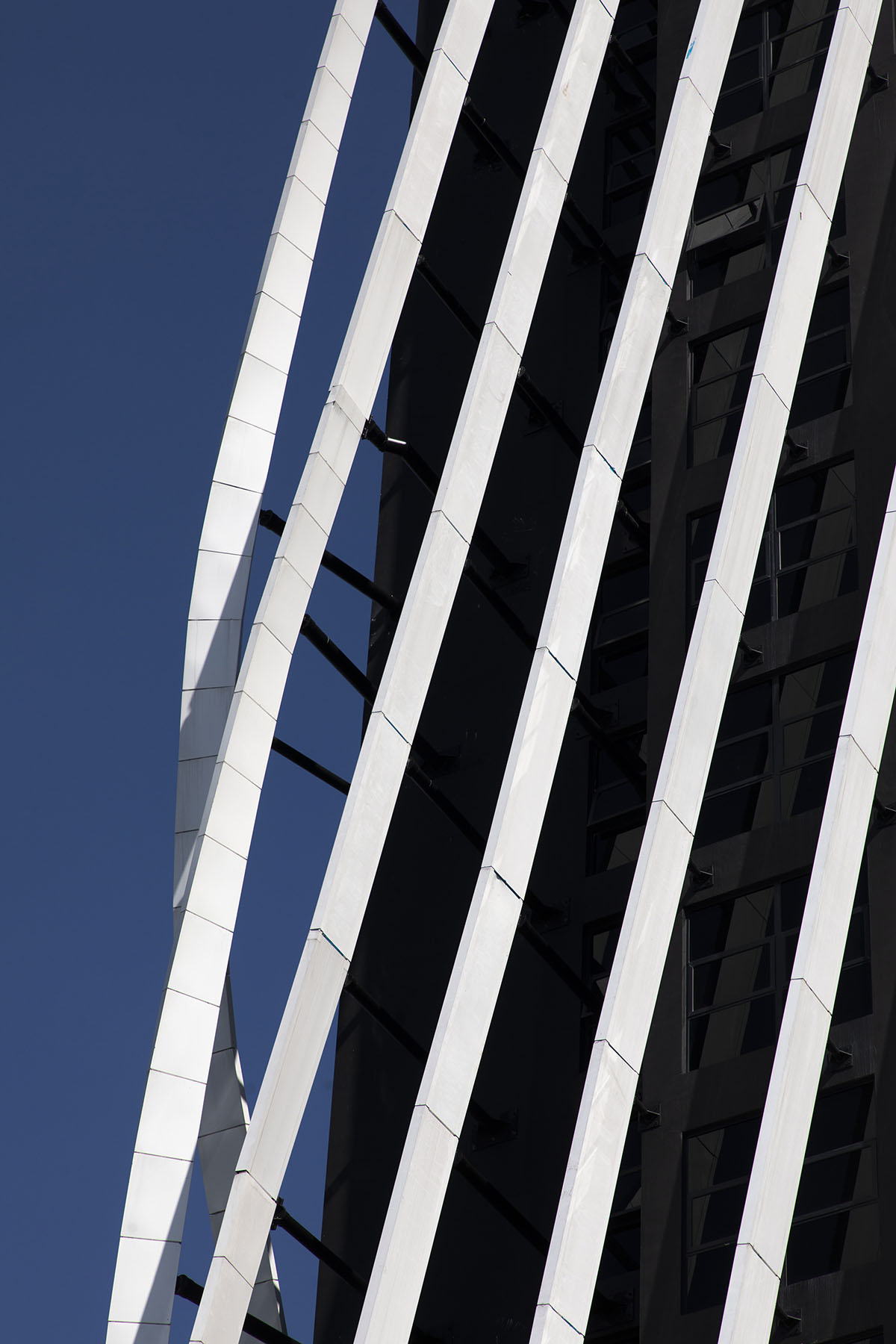 The notion of creating a complex of towers, united by a single podium base with entrances and address, retail, car parking and cultural amenities is realised at Arté MK to eschew the usual faceless car parking podiums of South East Asia.

"Arté MK’s organic podium becomes the building block for the transformation of the user experience and signature of arrival and threshold of Arté MK and the Kuala Lumpur metropolis," said SPARK.

"The logic of Arté MK like that of many Asian complexes depends on deftly tying the whole structure directly into the public infrastructure network and densifying the city, rather than occupying ever more “green belt” of the expanding KL suburbs."

"This is a plus from both an environmental and a social standpoint and no doubt serves to support Nusmetro’s wellness and sustainable objectives," added SPARK. 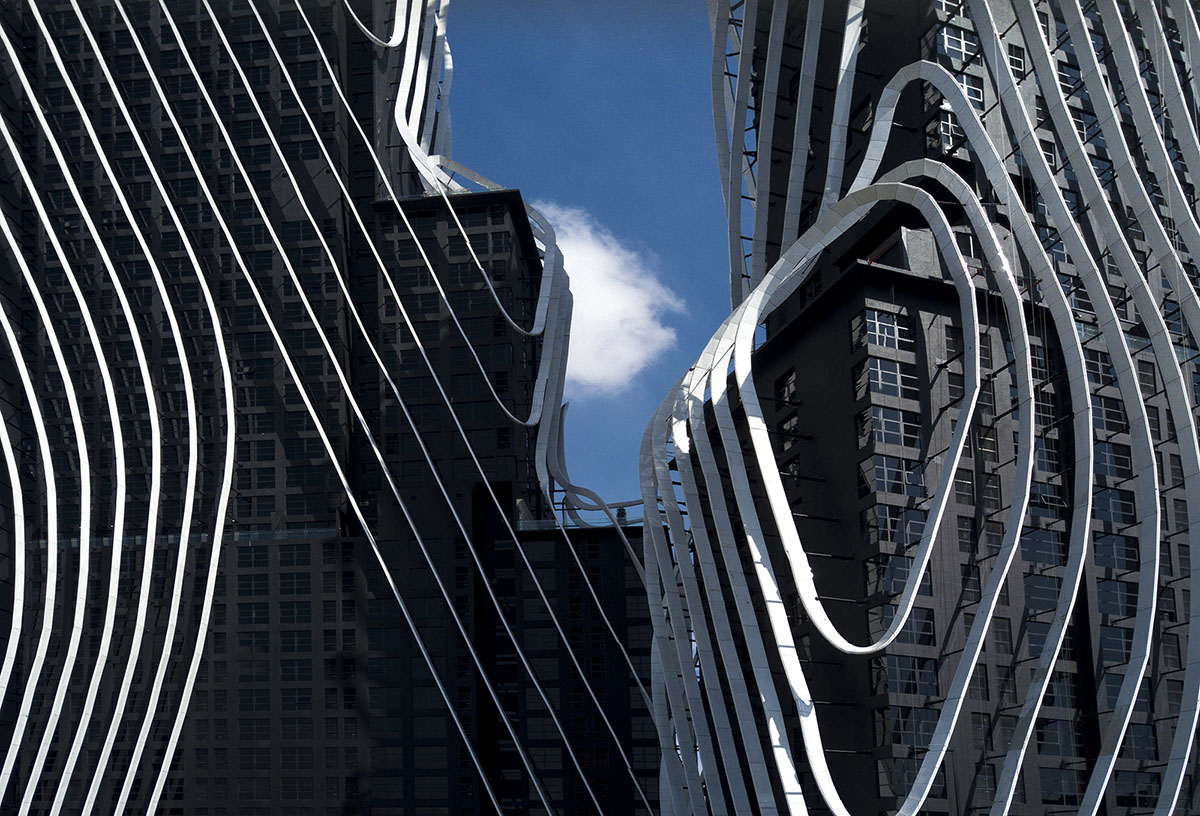 The relatively simple geometry of the tower plans is transformed by the sweeping shapes formed by the finger print ribs as they ascend to the towers. This morphing of the tower forms begins at the podium amenity gardens where the three tower programs interlock as an urban ensemble. 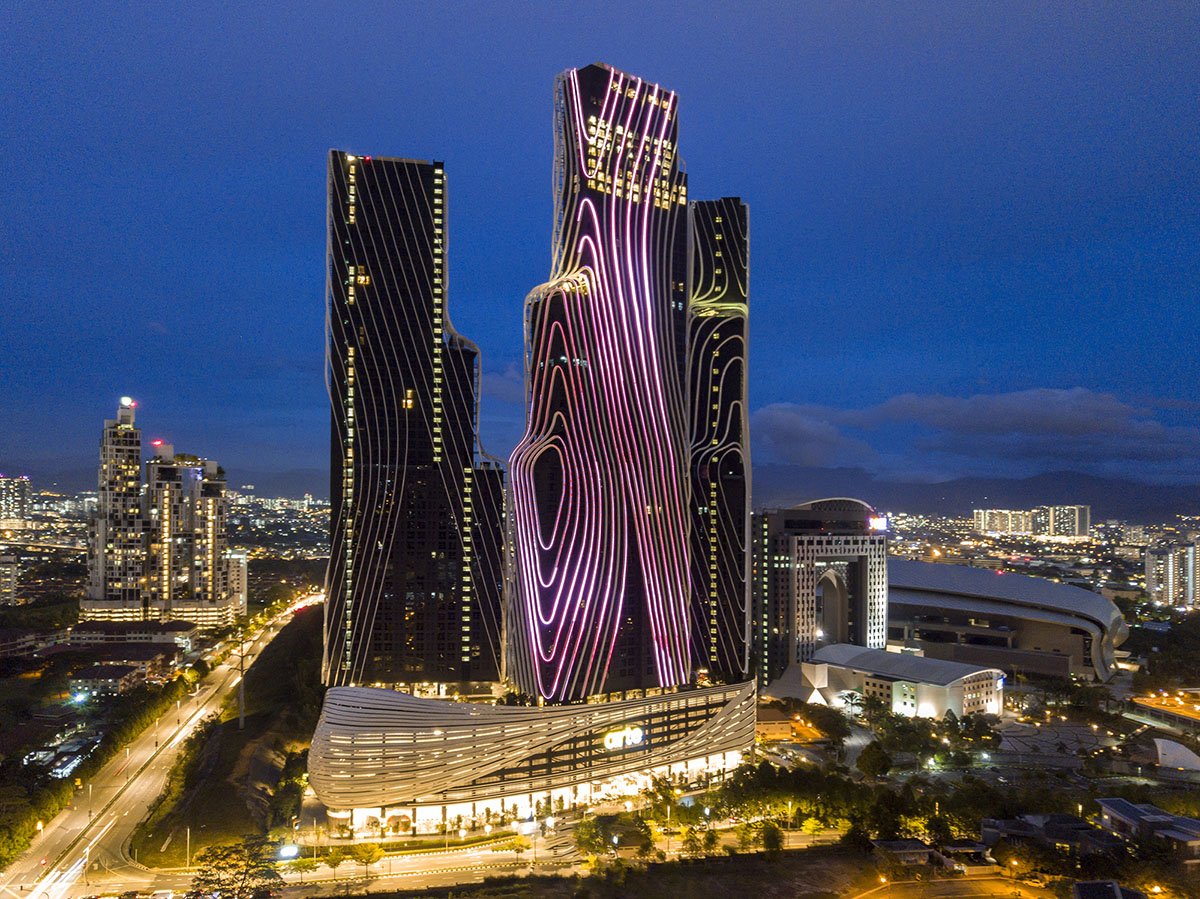 "Arté MK was designed specifically for the site context, its image and gateway ambition, and interrogated as to how we could make a memorable interface between the property and the “fast” image of the highways bounding the site," the studio continued.

The project ranks as one of Kuala Lumpur’s tallest residential developments with the tower forms making a dramatic statement on the city skyline, its gesture deliberately heroic in its plan. The towers all have panoramic views, a soaring lobbies, and Instagram worthy boutique spaces within its podium, roof terraces, public and private amenities. 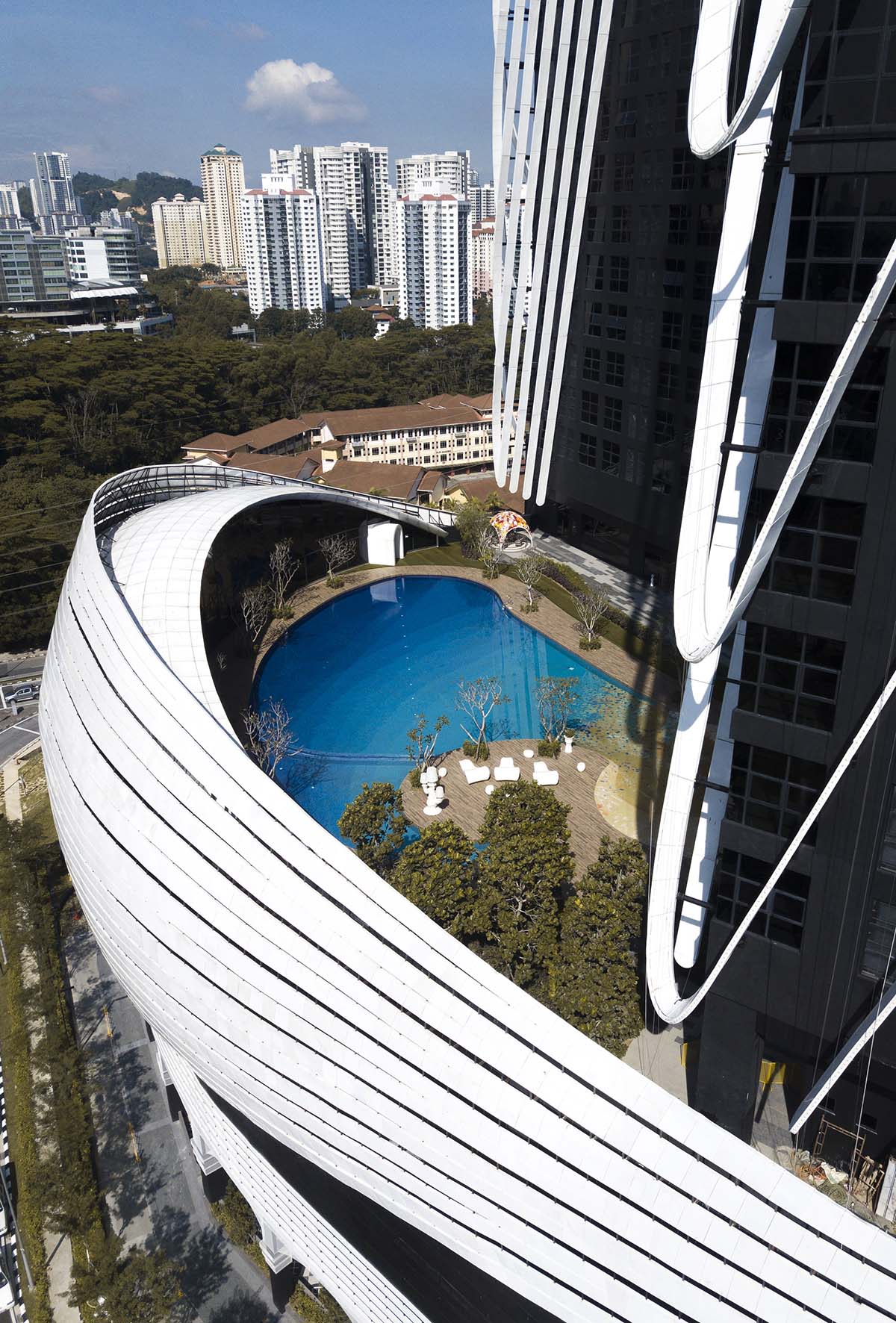 "In addition to the towers iconic twisting sculptural silhouette the development hosts a multitude of extraordinary amenities composed within it’s fluid urban gesture," said Thomas Chan, the developer of the project. 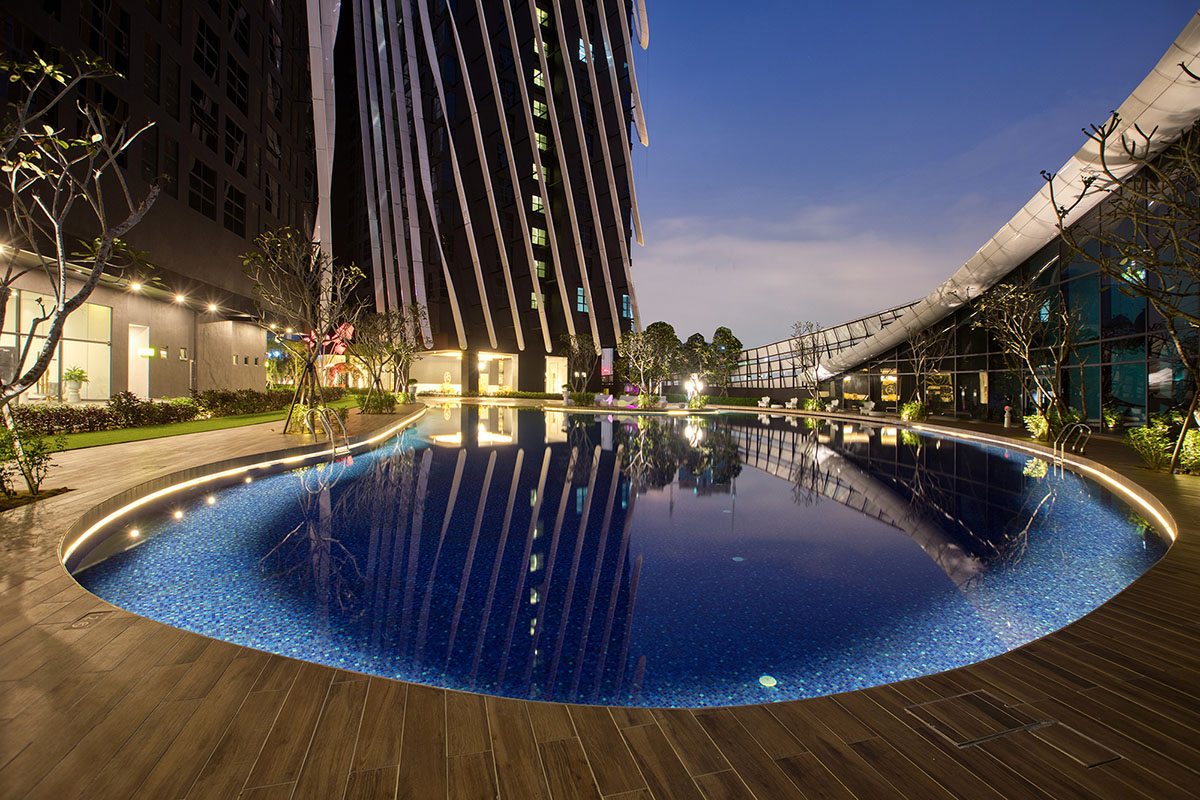 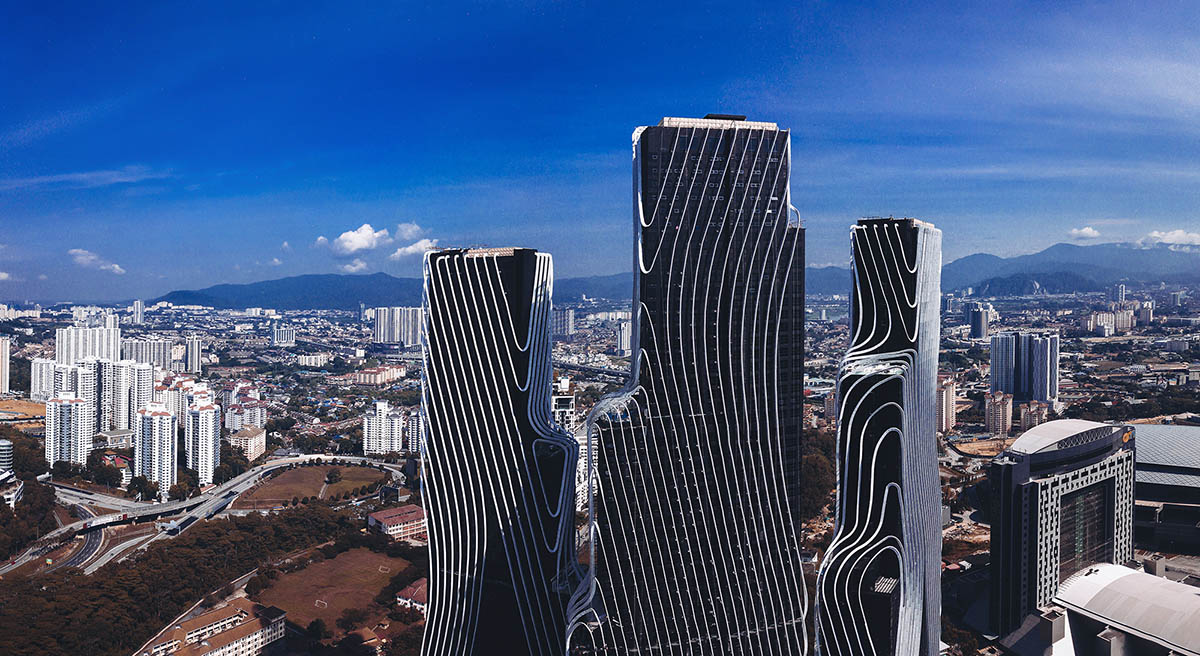 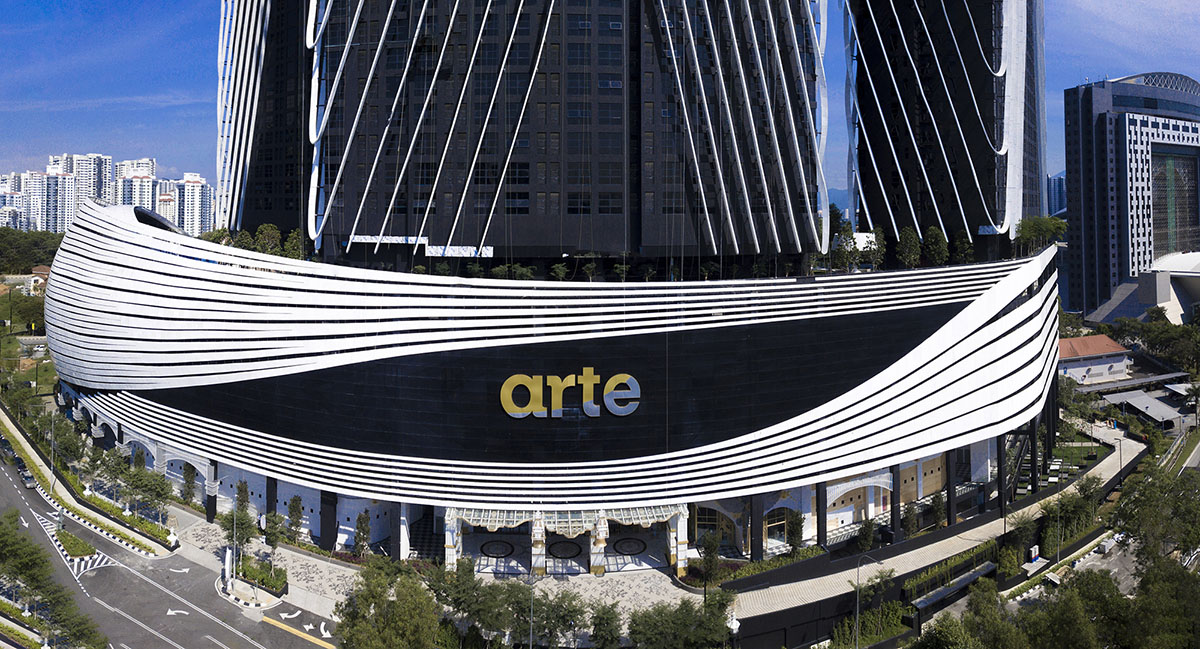 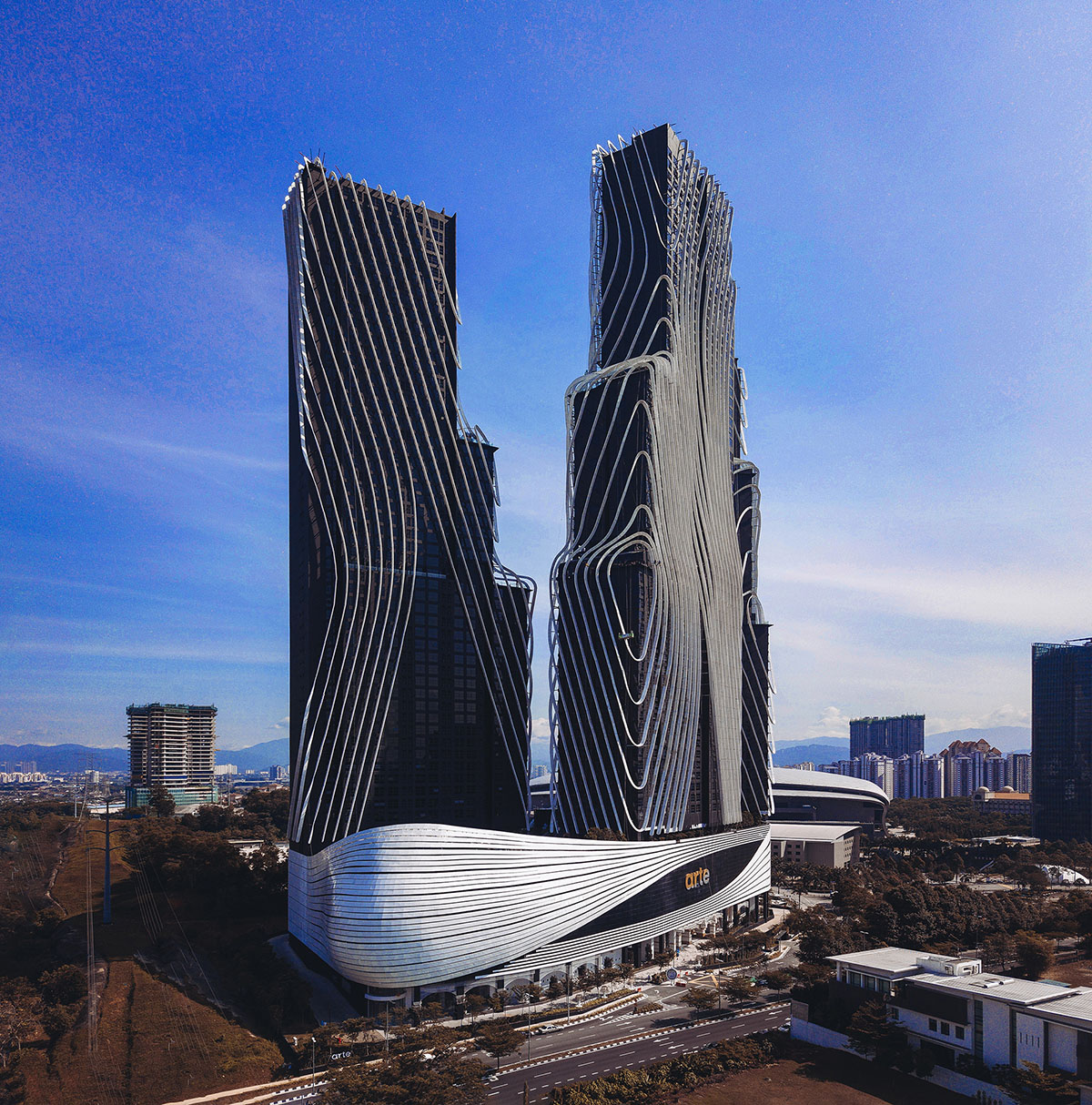 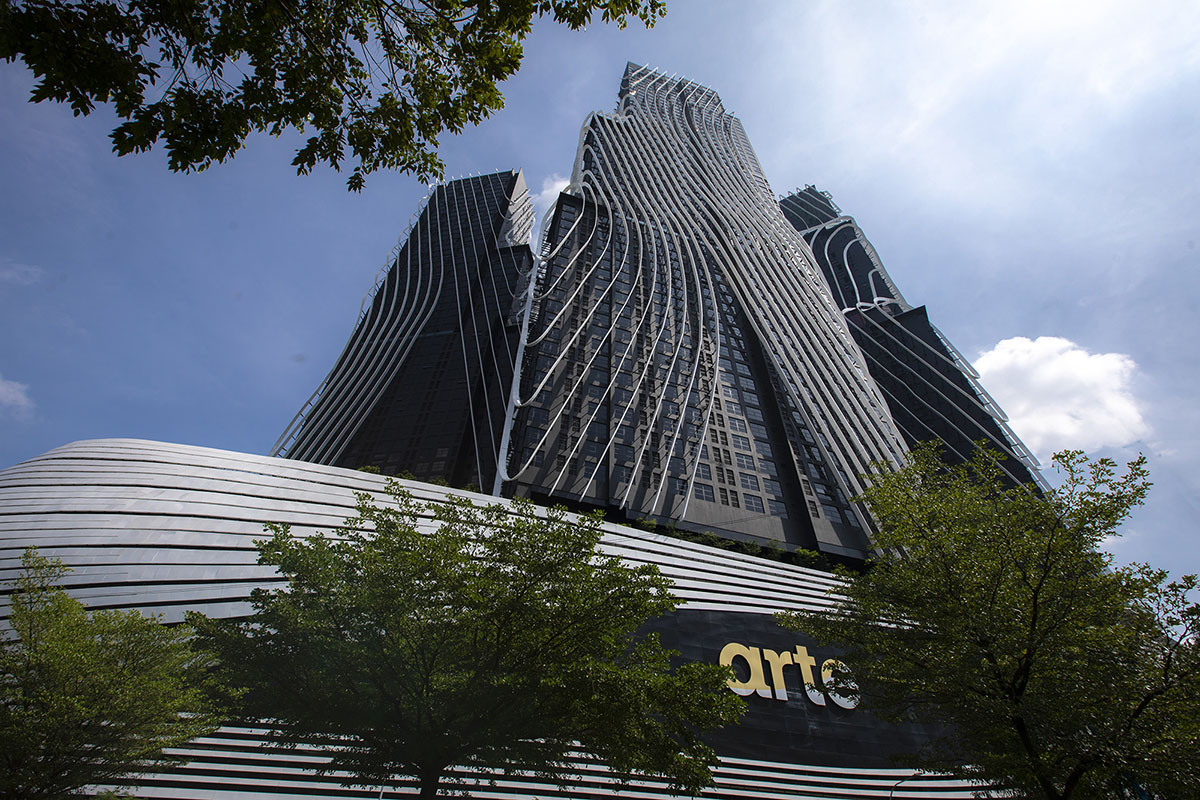 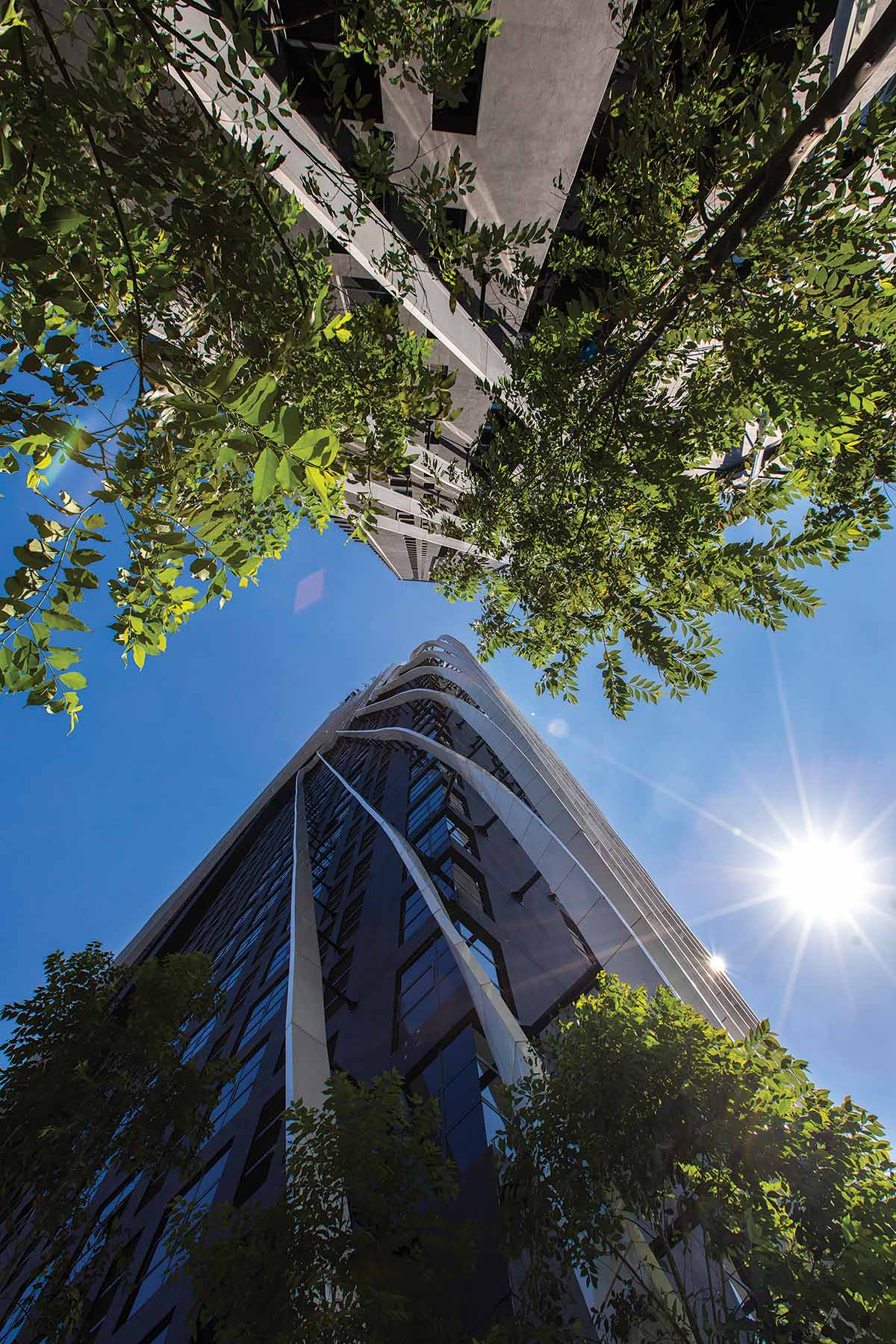 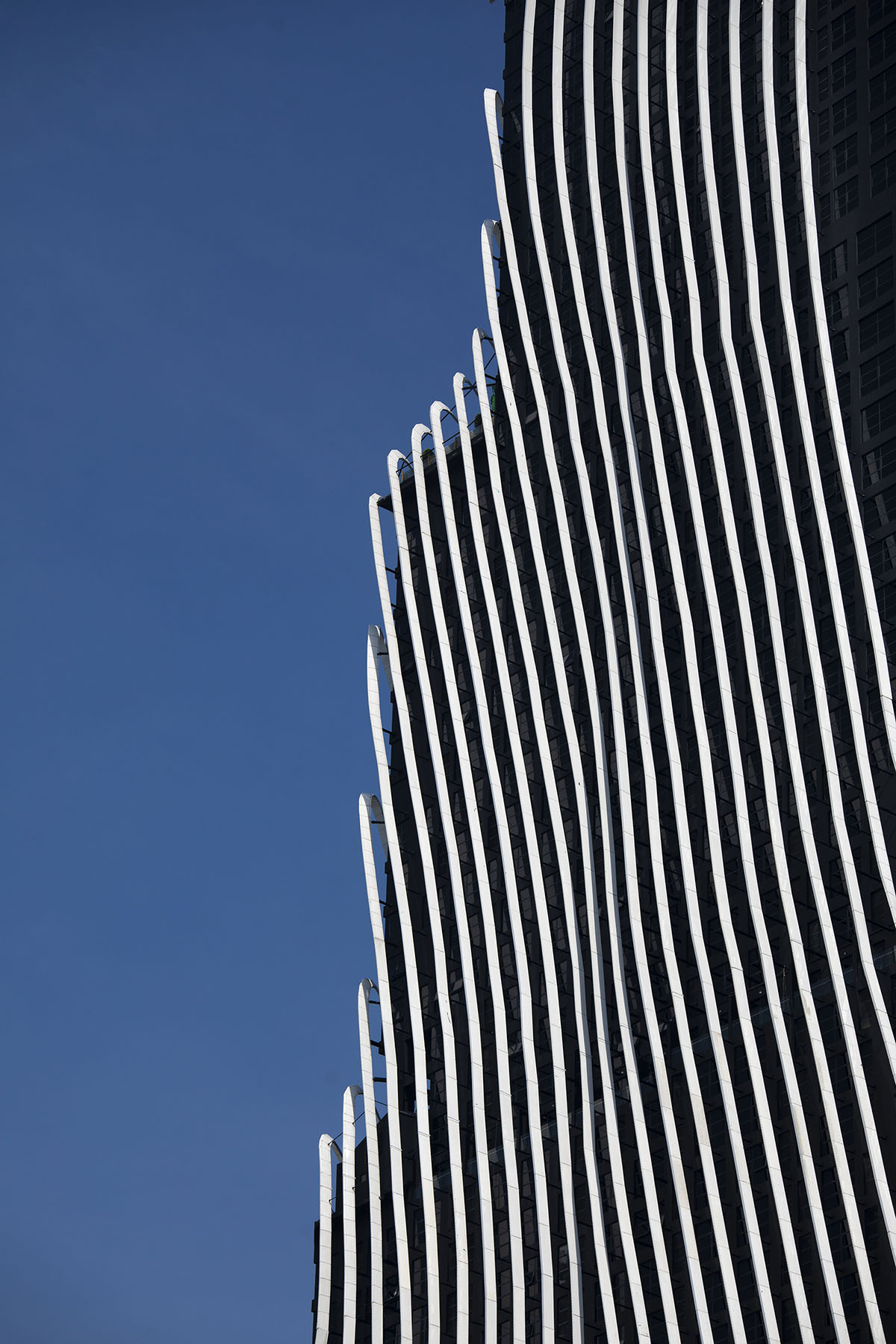 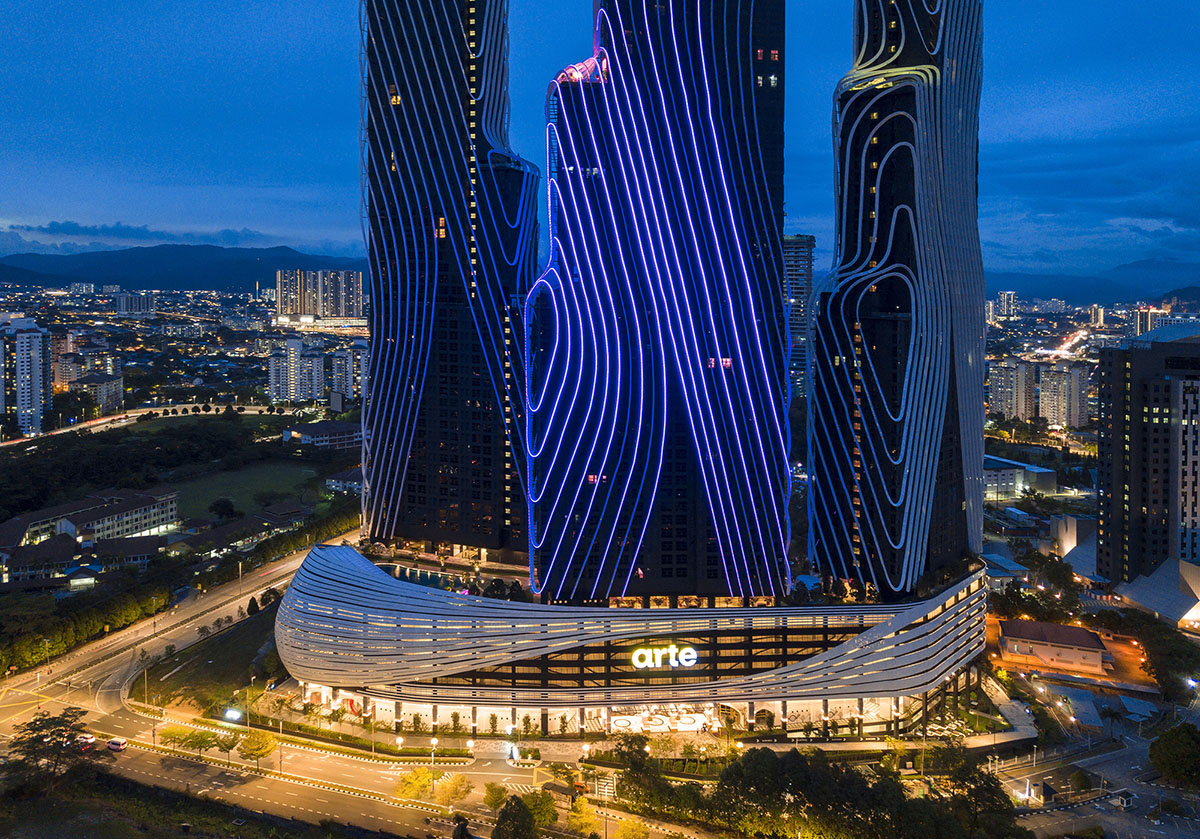 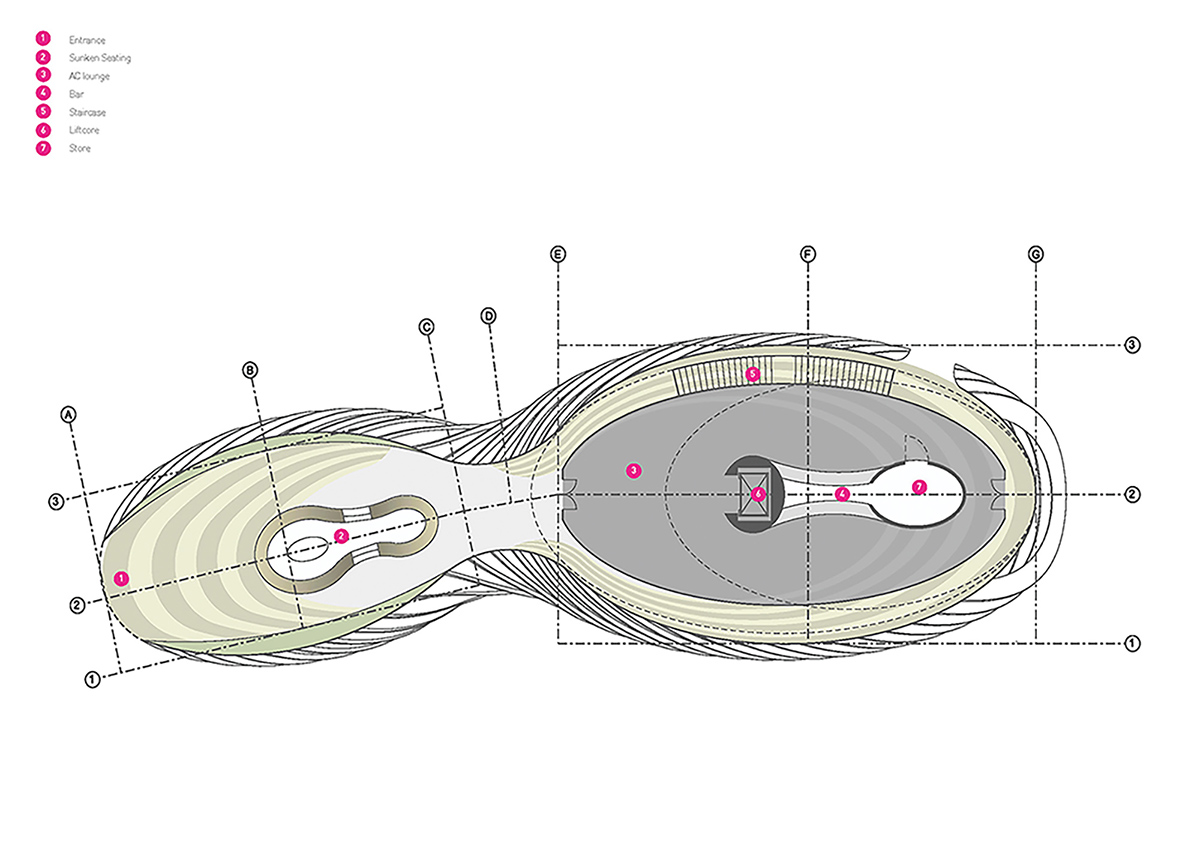 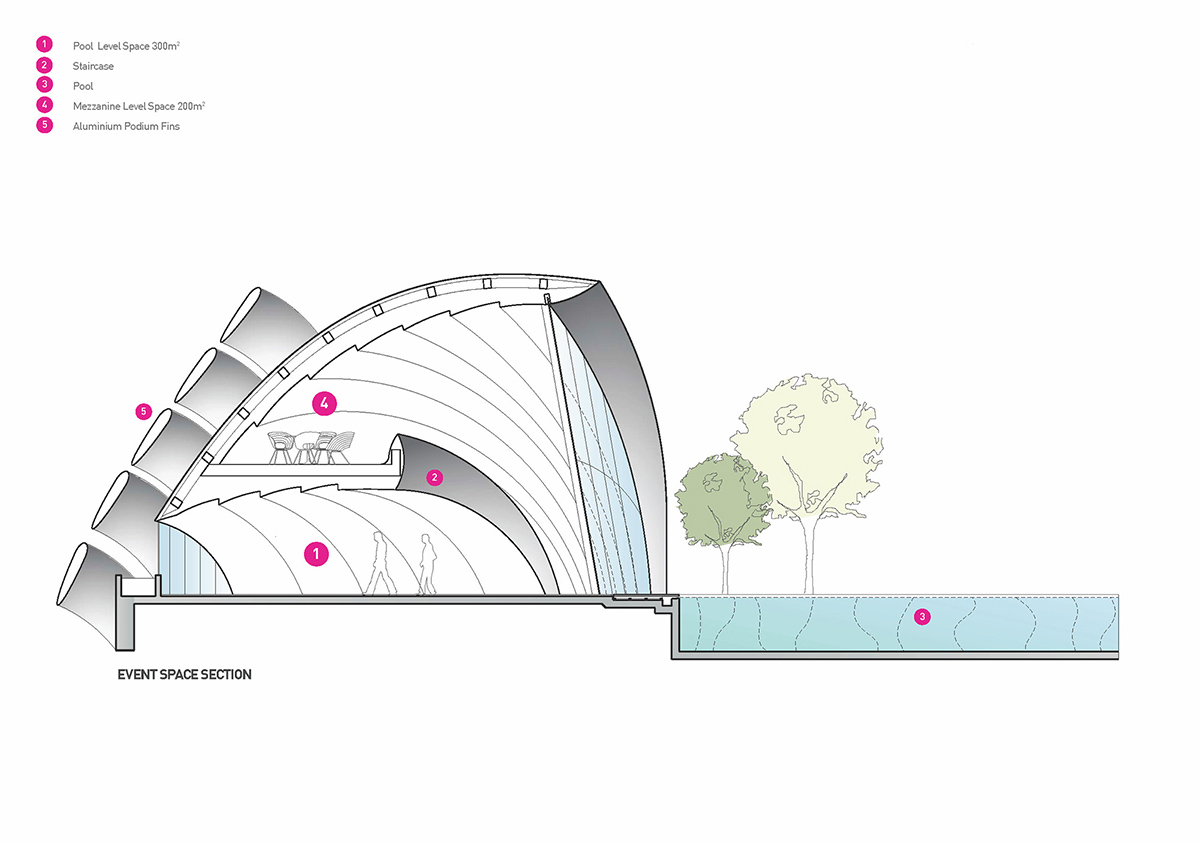 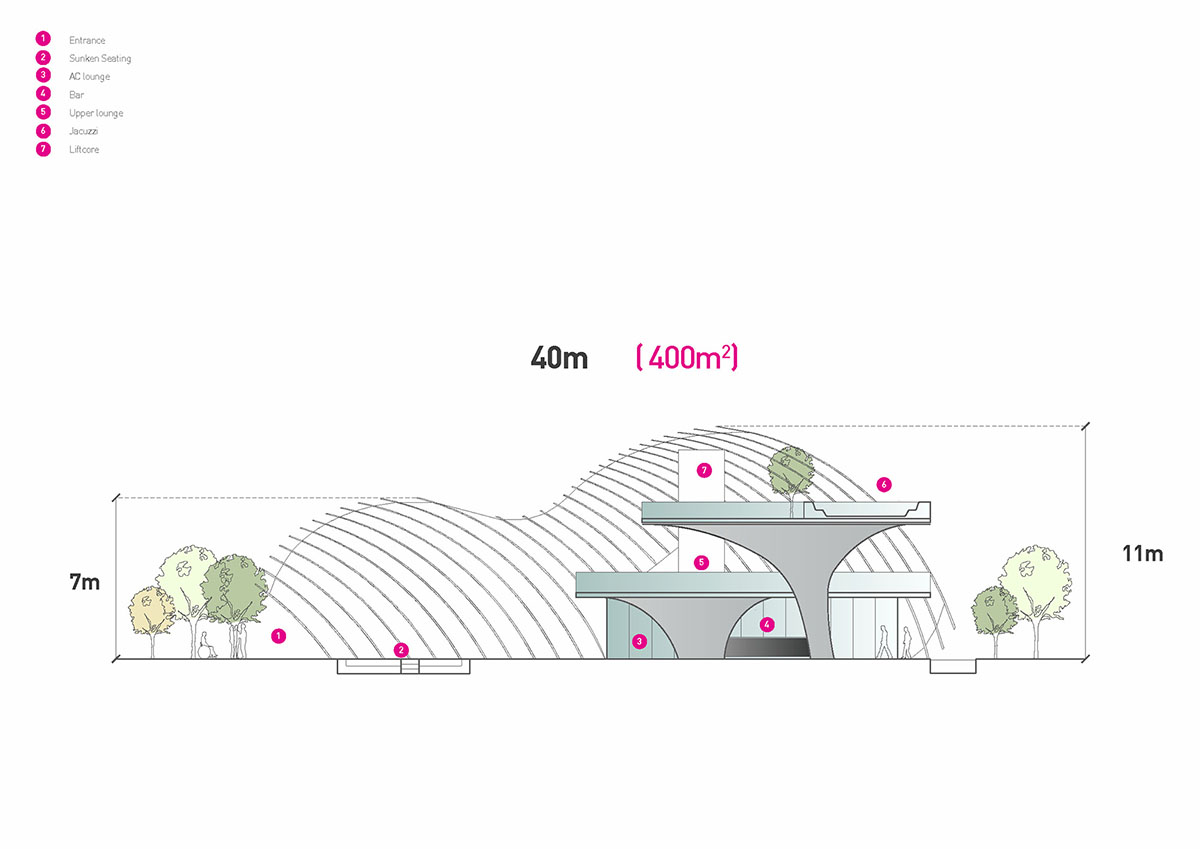 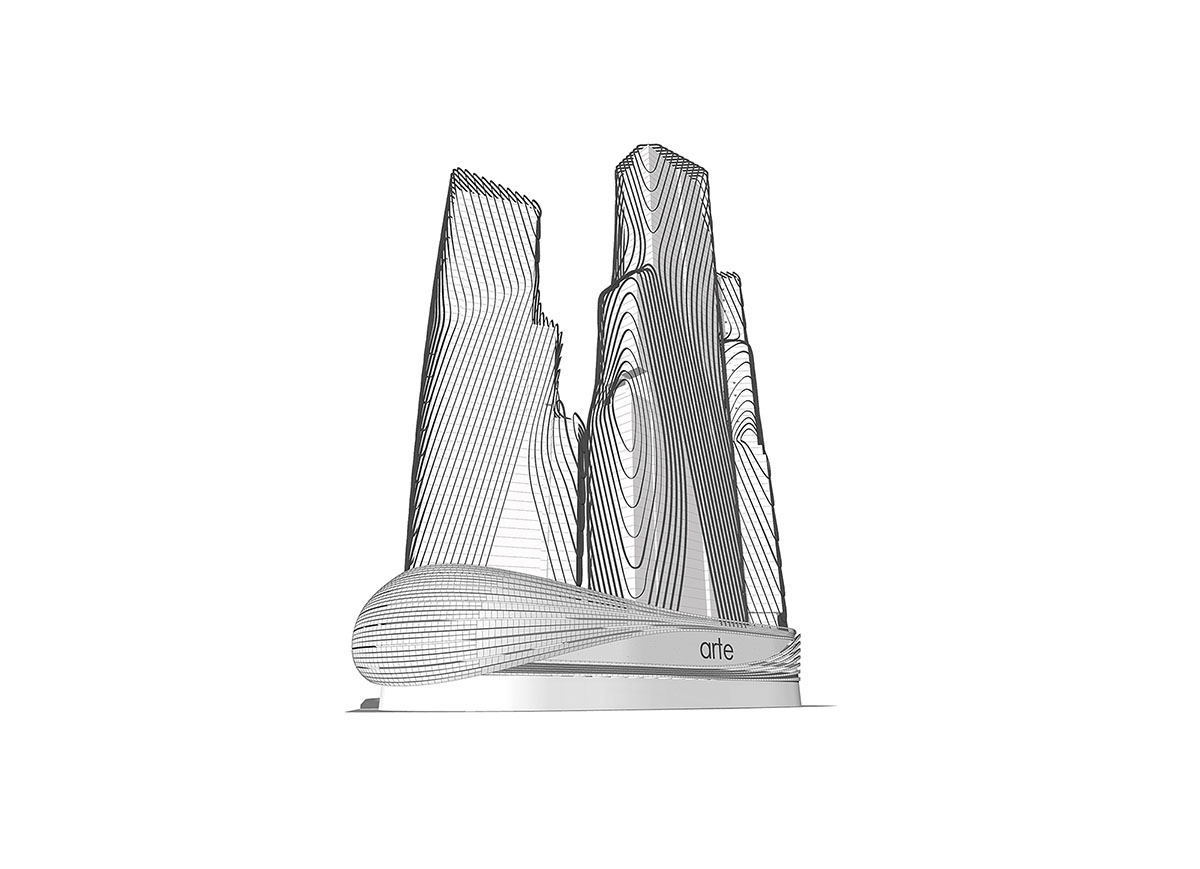 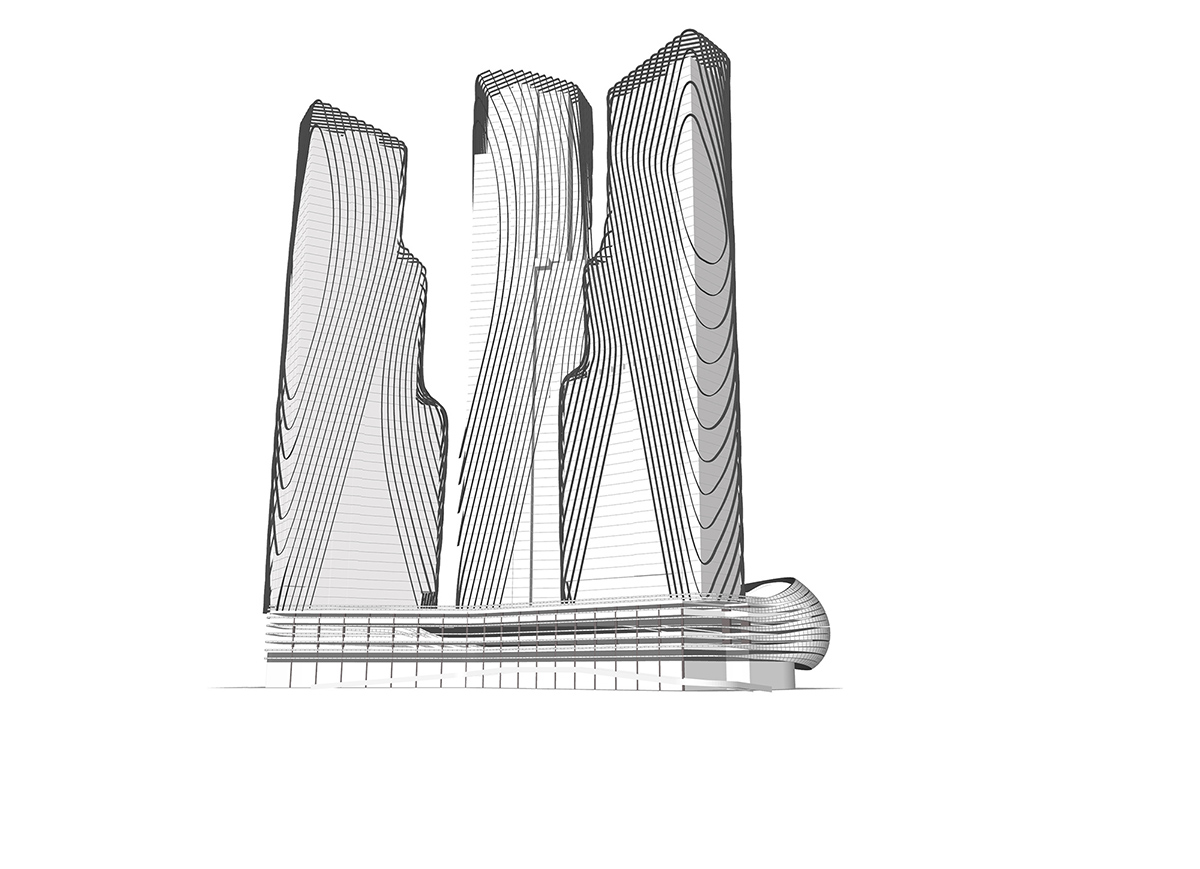 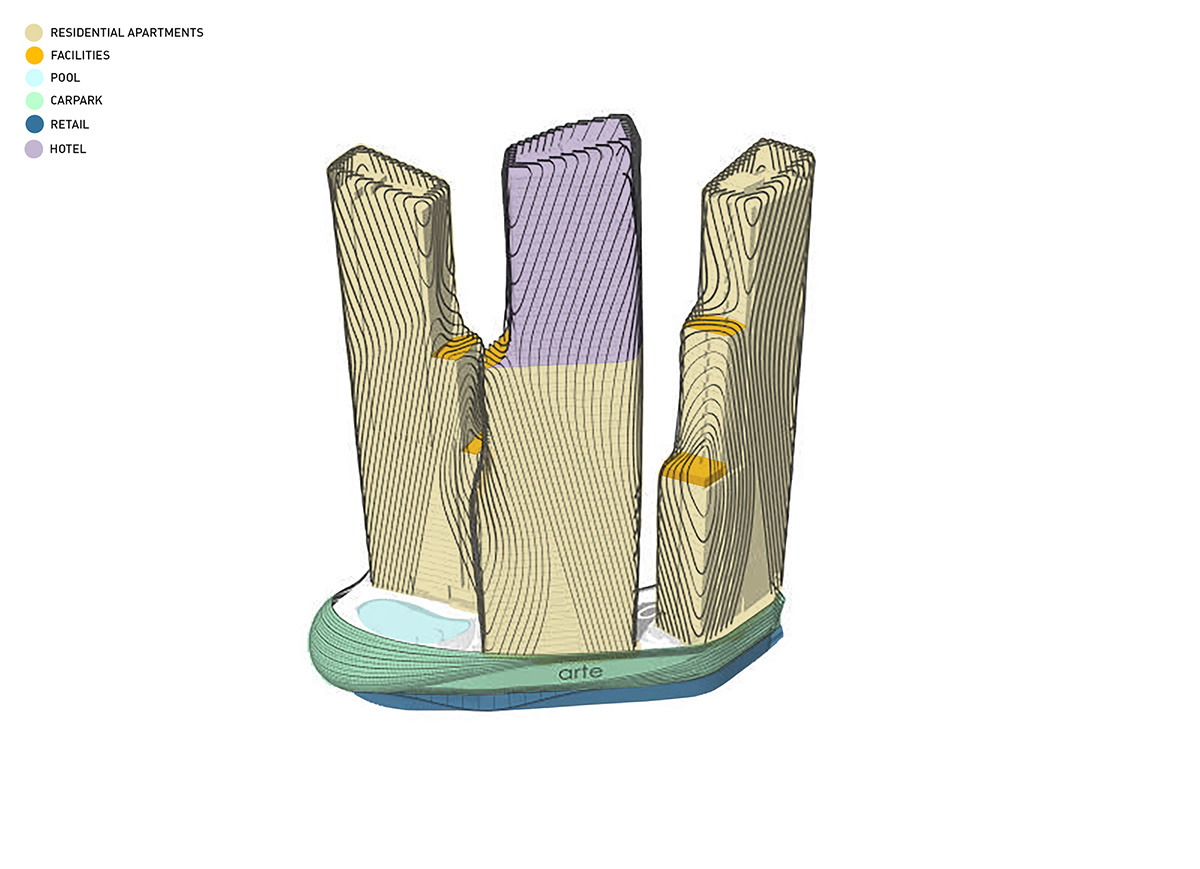 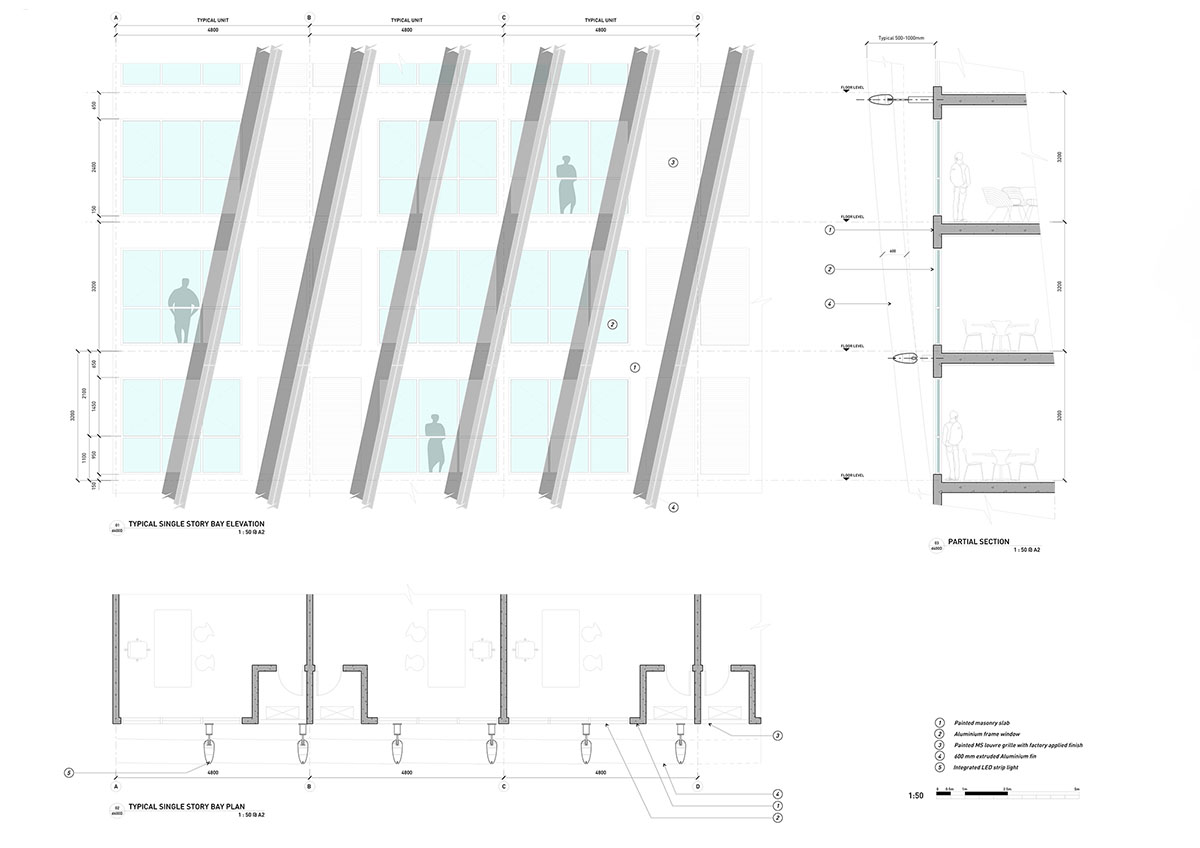 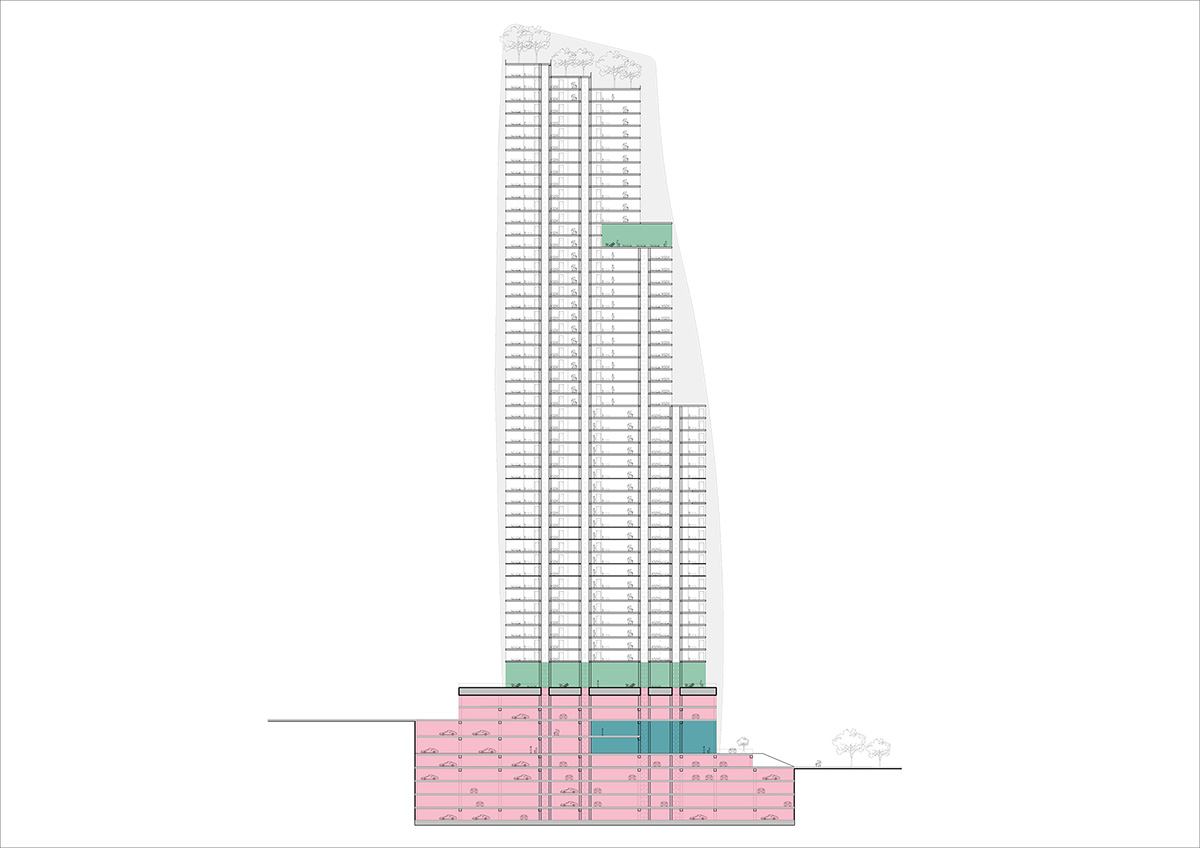 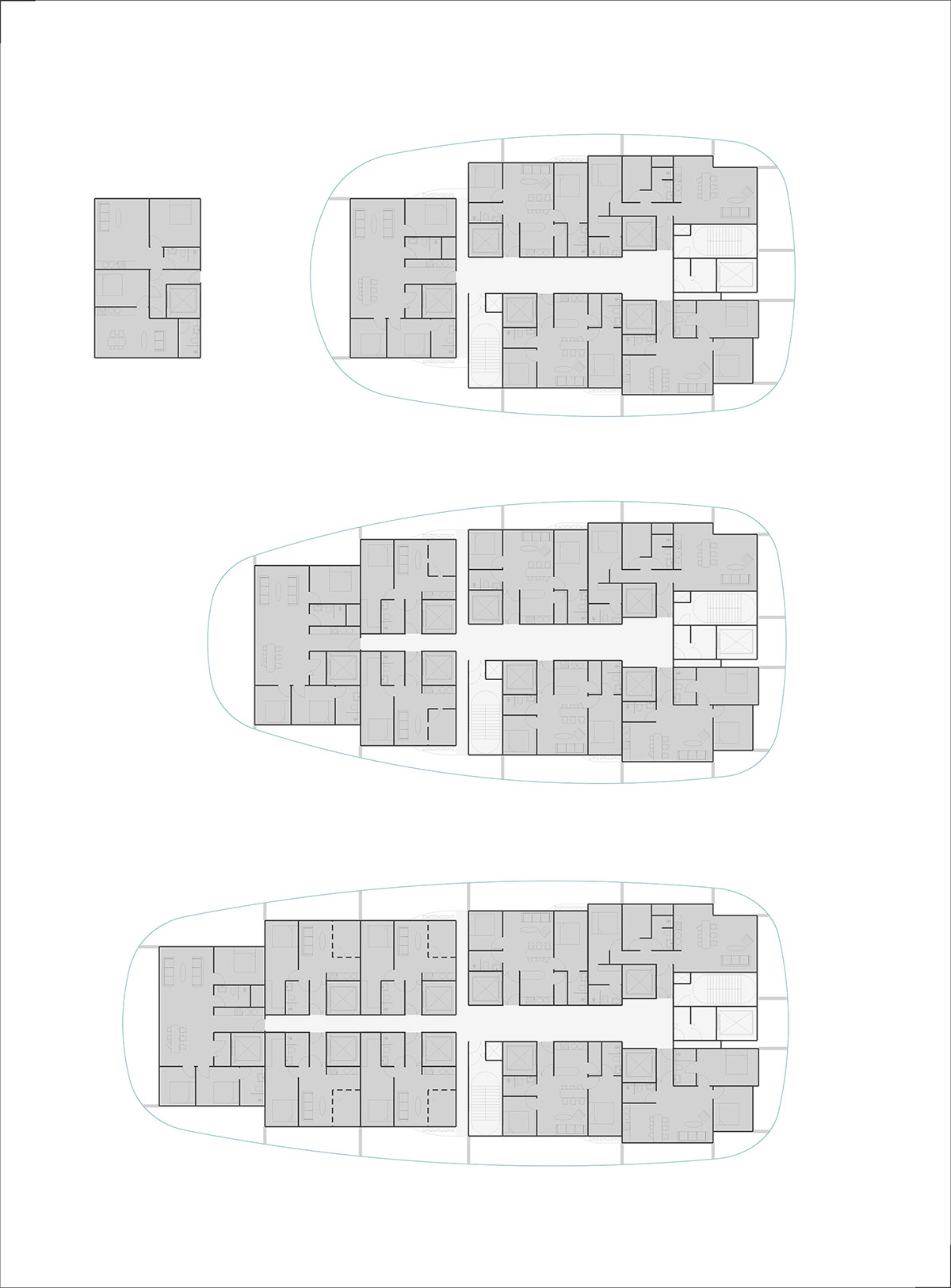