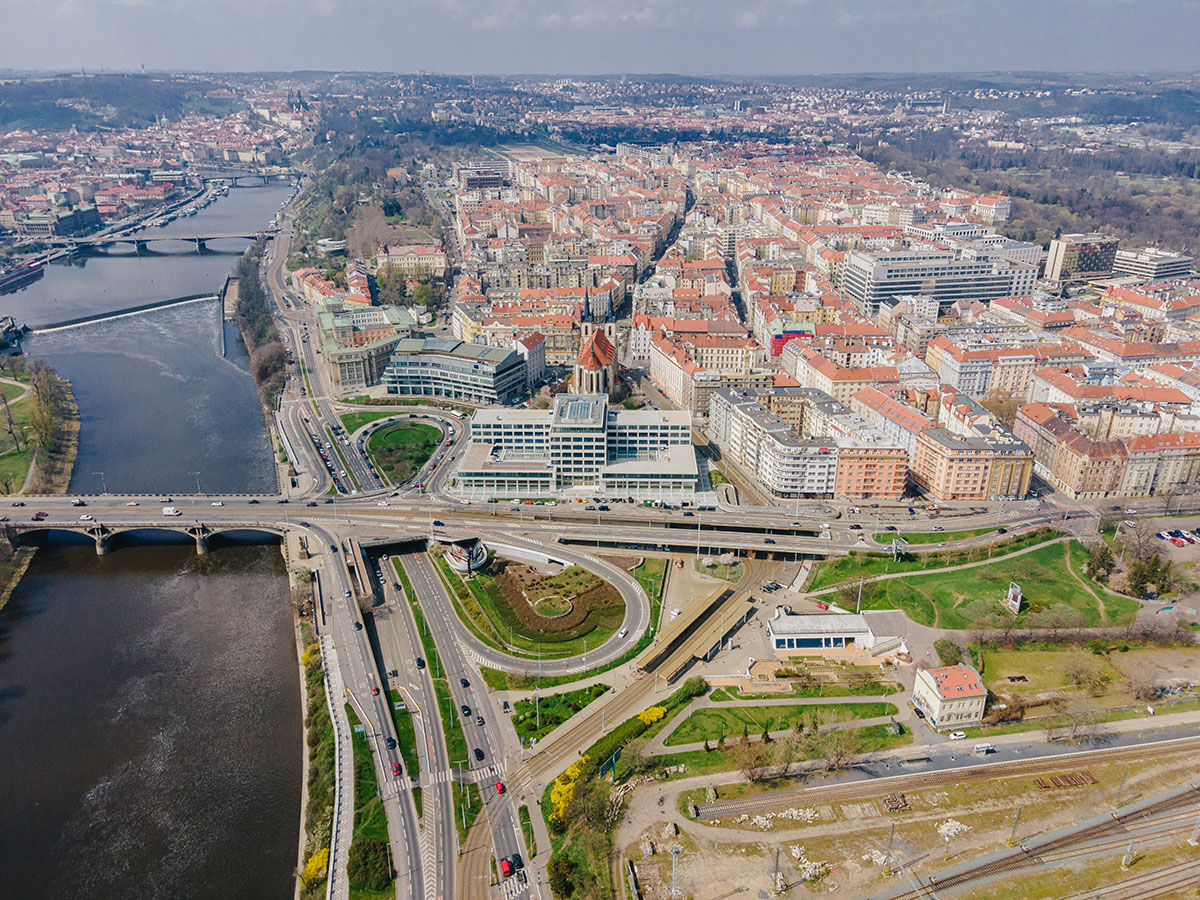 Architects worldwide are now turning even more of their attention to Prague. The capital city of the Czech Republic, together with its Institute of Planning and Development (IPR Prague), has officially announced an international architectural competition for the design of the Vltava Philharmonic Hall.

In May of 2022, the jury, headed by the internationally renowned Czech architect Michal Sedláček, will choose the winning building design for the new concert hall that will be standing in Holešovice in Prague, near the Vltavská metro station.

The competitors will divide EUR 707,500 among themselves in design and sketch royalties.

"We’ll know what the new Vltava Philharmonic Hall will look like in May 2022," said the organizers of the competition.

"Today at last, a big step has been taken towards adding another culturally significant building to Prague after more than 100 years." 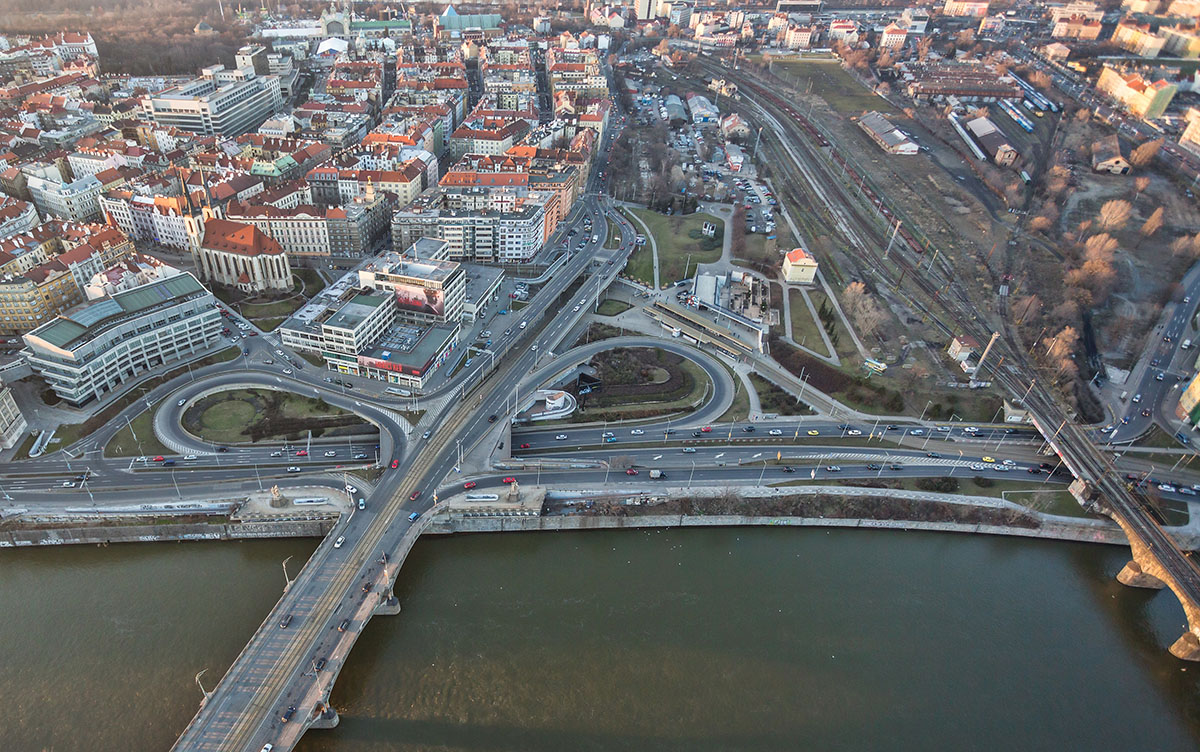 View from the project location.

The announcement of an international architectural competition for the design of the new concert hall building, the Vltava Philharmonic Hall, is of international import not just for Prague, but for the entire Czech Republic. Preliminary interest in participation has been expressed by about 60 studios from around the world, including from the Czech Republic.

"Starting today, all interested parties may officially submit their competition applications. Five entities, chosen primarily from among the most renowned architectural studios, will be asked to participate directly. These are Diller Scofidio + Renfro, Snøhetta, Ateliers Jean Nouvel, David Chipperfield Architects and SANAA," stated the Chairperson of the jury, Michal Sedláček.

"We also expect a strong showing from Czech architects, because as professionals we view this as an exceptionally open competition, which means they’ll have a great chance to win," Sedláček added.

Video of courtesy of CAMP PRAHA

The deadline for submitting applications is 30 September 2021. In October 2021, the competition jury will then choose a further 15 teams in addition to the five already chosen.

The competition will then continue with 20 teams in total, a rare number in comparable international competitions. Roughly six months later, in March 2022, these competitors will submit their architectural designs for the Vltava Philharmonic Hall and its immediate surroundings.

The jury will begin evaluating the submitted designs in April 2022 and in May 2022, a winner should be decided on and the competition officially ended. View from the project location.

The final jury selection comprises 11 regular members (with voting rights) and 21 alternates (taking part in all negotiations and joint meetings of the jury).

Apart from the aforementioned Chairperson Michal Sedláček, the regular members include Andreas Cukrowicz (notably the winner of the international architectural competition for a concert hall in Munich), Tina Saaby (notably a former Copenhagen city architect) and Peter Gero (he notably took part in the creation of Hamburg’s new Hafen City neighborhood).

Of the Czech architects, the members include Josef Pleskot, Marcela Steinbachová and Martin Krupauer (Team Leader of the Vltava Philharmonic Hall project).

The state and metropolitan municipal political representatives who will be present include, among others, the Czech Minister of Culture Lubomír Zaorálek, Mayor of Prague Zdeněk Hřib and Deputy Mayor for Spatial Development and the Land Use Plan Petr Hlaváček, alongside Czech Member of Parliament and Prague representative Jan Čižinský.

More information on the jury, including a short bio of all of its members, can be found here.

"It’s also good to be aware that without this new Prague architectural icon resulting from this competition, we’d have real problems starting up a transformation of the whole unattractive area of Bubny–Zátory. The intimate connection of the Vltava Philharmonic Hall building to the Vltava river will, on the one hand, continue the tradition of placing important public buildings on the riverside while, on the other hand, it will emphasize the importance of a new and significant architectural focal point for the town. This has been borne out in the practical experience of other countries and cities, whether Hamburg, Copenhagen or any other city," added Deputy Mayor Petr Hlaváček.

Aside from the basic goals of the commissioning body, the construction program design based on the recommendations of the feasibility study by Henning Larsen, AEA Consulting and Buro Happold, as well as other materials, the supporting documentation for competitors also contains the results of the public participation and a sociological study. These were prepared from information provided by the Prague public through direct interactions at the location where the Philharmonic Hall will stand (for example walks with commentary), and in other ways, including a poll. Between March and June 2021, there were several workshops with Prague City District 7 and local cultural and community actors.

Significant outputs from this participation include requests for community spaces, because both local groups as well as the city district would welcome a space to host community events within the Vltava Philharmonic Hall (VPH). Music schools (primary-level and conservatories) would like to use the concert hall, rehearsal rooms and facilities.

There is also a very interesting demand for public outdoor spaces to meet people, relax or set up different kinds of events. All of these things should be part of the Vltava Philharmonic Hall project.

A sociological study was also carried out on a sample of 1500 over-15s by the same polling company, Median, between the middle of June and July this year. The results of the study will be included in the competition documentation. All of the three queried groups of respondents, meaning citizens of Prague apart from Prague 7, residents and frequent visitors of Prague 7 and the group of audience members (people regularly visiting cultural events in Prague) and subscribers (regular concert-goers), agreed about the main findings of the survey.

The Vltava Philharmonic Hall project (to produce a building with interesting architecture in the neglected space surrounding the Vltavská metro station) has the significant support of all the aforementioned groups for all parts of the study sample (between 60–70 %). Looking at potential supplementary functions of the Vltava Philharmonic Hall, respondents would welcome coffee shops and restaurants, while in the immediate surroundings they preferred places to sit, relax and meet with friends.

Conversely, they disliked the idea of office space. Another supplementary activity with the highest support was public film screenings. Concerning the frequency of visits to the Vltava Philharmonic Hall, three quarters of residents and visitors to Prague 7 confirmed their interest in stopping by the Vltava Philharmonic Hall at least once a quarter (one tenth of Prague 7 respondents would even like to come once a week). Of the remaining Prague citizens, two thirds would head over at least once every three months, and among subscribers, four out of five would like to visit the VPH at least once a month. When visiting the Vltava Philharmonic Hall, the addressed target groups agreed they would like to feel above all dignified, elegant and festive. For the respondents, the least appropriate use of the indoor spaces of the building was as workplaces.

On the completion of the architectural competition and the conclusion of the contract with the winner, work will begin on the project documentation and on obtaining the building permits necessary to begin construction. If everything goes according to plan, the entire second phase of the project should be completed in 2025. The estimated costs are 750 million crowns.

The final, third stage should start with the choice of a building contractor in 2026. Construction is slated to begin one year later, in 2027.

The direct construction costs of the Vltava Philharmonic Hall itself were estimated at 4.9 billion crowns in January 2021. Economic analyses recommend the best option would be to divide the investment between the state, the capital city and the private sector. According to estimates, this brings the total costs to build the Vltava Philharmonic Hall as high as 6.1 billion crowns.

The new concert hall should be finished in 10 years, meaning in 2031.

The Vltava Philharmonic Hall in Prague should have a total of three auditoria: the main concert hall for about 1800 persons, a smaller hall for chamber music with a capacity of 700 seats and a multifunctional hall for other genres and events with a capacity of up to 500 seats. The main concert hall should offer state-of-the-art acoustics, excellent spatial and visual characteristics and facilities corresponding to 21st century standards. The building should also accommodate both of the significant Prague orchestras – the Prague Symphony Orchestra (FOK) and the Czech Philharmonic.

The building should also integrate the music division of the Municipal Library of Prague and other creative spaces, which are to be another important pillar in the building’s construction program. The bold architecture of the Vltava Philharmonic Hall on the bank of the Vltava river will spearhead the revitalization of the Bubny–Zátory brownfield. As a result, the Vltava Philharmonic Hall will become a new cultural center for Prague and the entire Czech Republic.

You can download all competition materials from here: https://vltavaphilharmonichall.com/en/download.

August: 2021: Call for submission of applications (requests to participate)

September 2021: Deadline for submission of applications

April 2022: Selection of the winning design