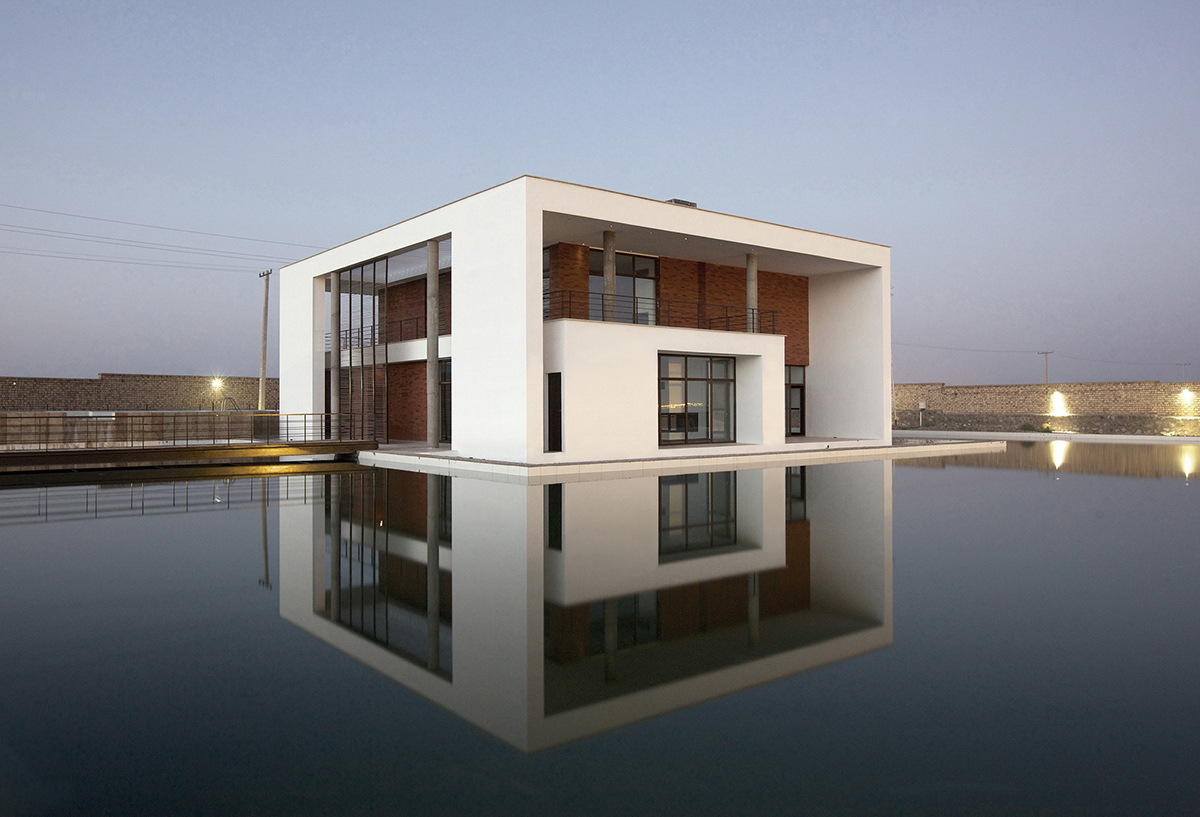 Located near Saveh, 70 km from Tehran, Iran's capital city, Shams Villa sits on a 6,015 square meter land in a village. The client is a journalist who requested a recreational house close to the family farm. The intention was to design a modern building reflecting the Iranian identity. Pursuing the client's needs and desires and considering the site's warm and dry climate, Koushk, a Persian traditional summer house, was redefined. Koushk, like a pavilion, is a kind of extroverted architecture that is commonly located in a garden with semi-open balconies. 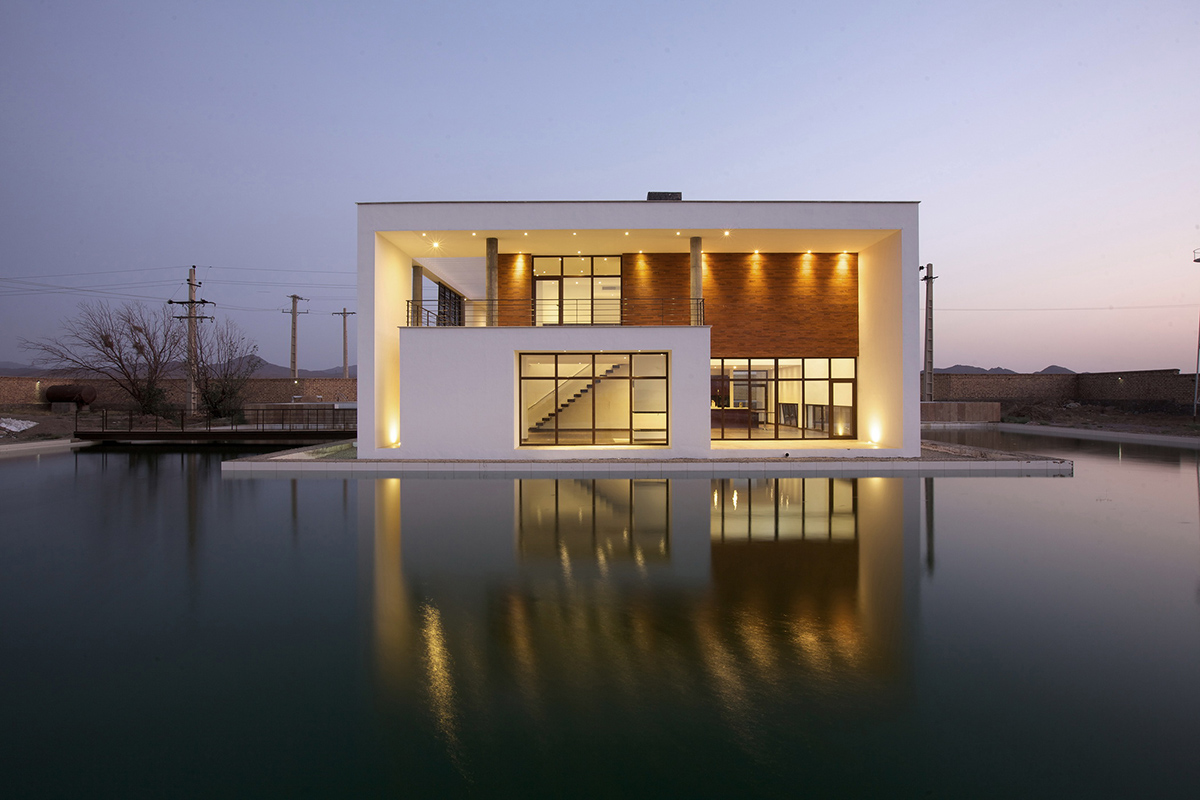 As a first step, the four natural elements (fire, earth, water, wind), the most dominant characteristics, symbols, and attributes of Persian culture and architecture, were considered as the studio's initial concept. Among these elements, water has been considered a natural element that is pure, clean, and purgative. So irrigating water on site was used as an architectural element and designed as a ringed pool surrounding the building footprint. In addition to the environmental aspects of the water, it will reflect the building image as well as the day-light in-to-the-house.

Following the Koushk design principles, four walls (symbolizing the four natural elements) were used in every corner of a pure cubical structure to form the main enclosure to encompass all the closed and semi-open spaces. The inner spaces set back from the outer envelope for protection from direct exposure to the sun. Furthermore, the facades of the inner spaces were distinguished from the main shelter to emphasize the contrast between solid and void spaces. The natural vistas, on the other hand, led to the creation of an L shape terrace on the second floor, expanding from the south side to north, reaching the shell to form a continuous surface. 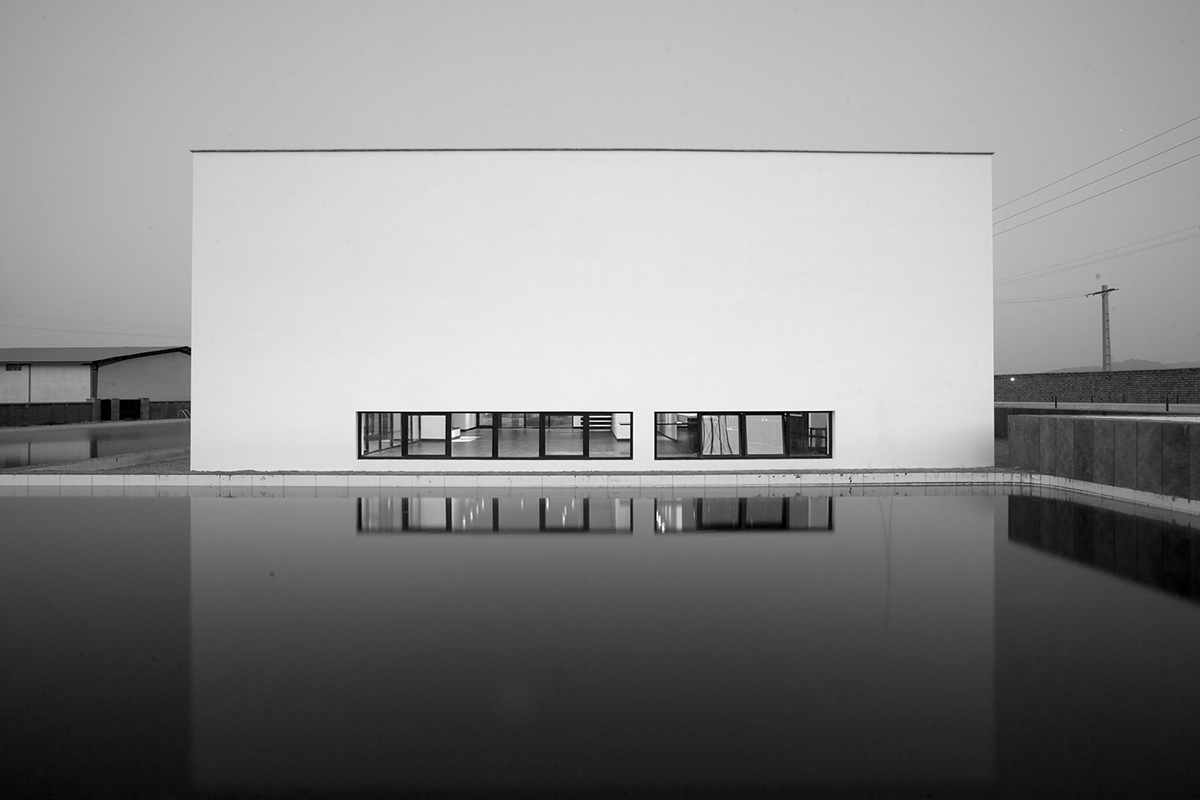 The east elevation and the way the entrance of the house is encountered were great important features of our design. The principles of entrance in Iranian traditional buildings were reworded using the two symmetrical walls and columns on each side, while two other elements, curtain, and bridge, challenged the symmetry. The upper terrace receded back from the main façade to layer it up. 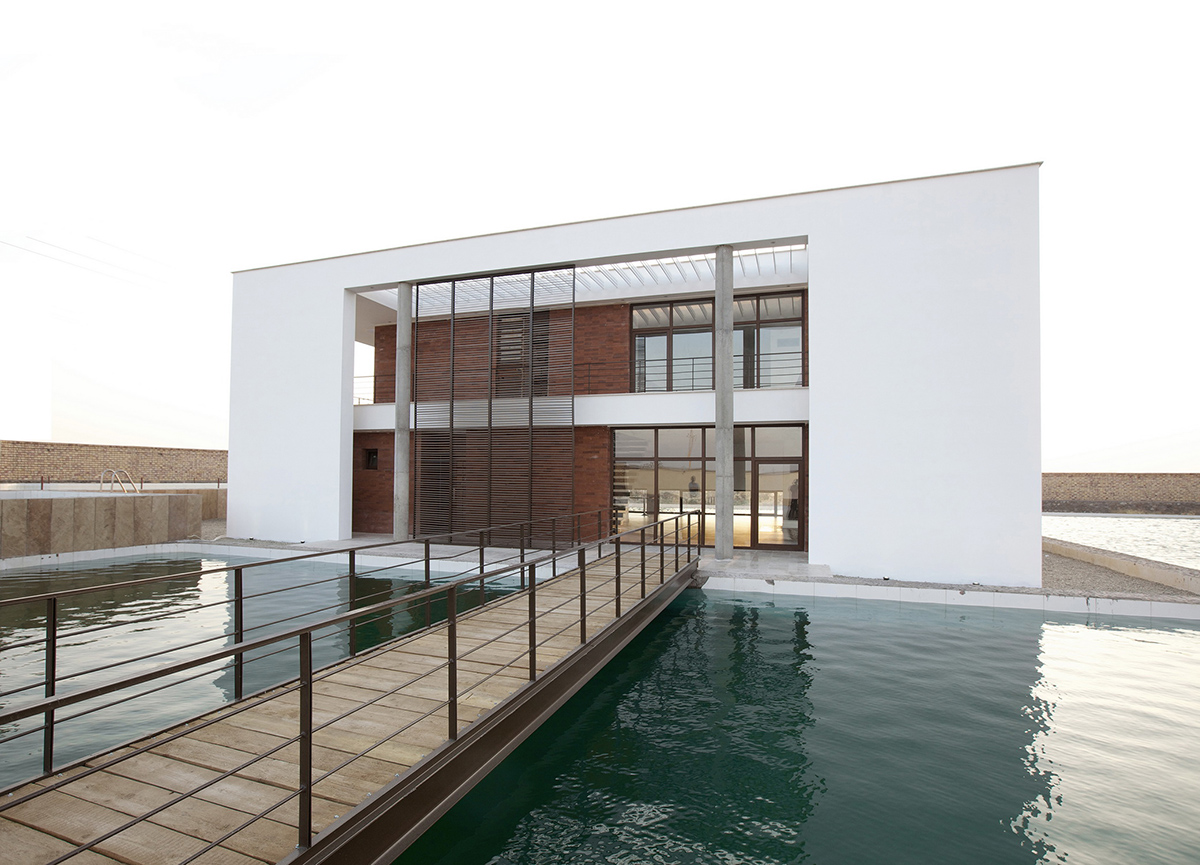 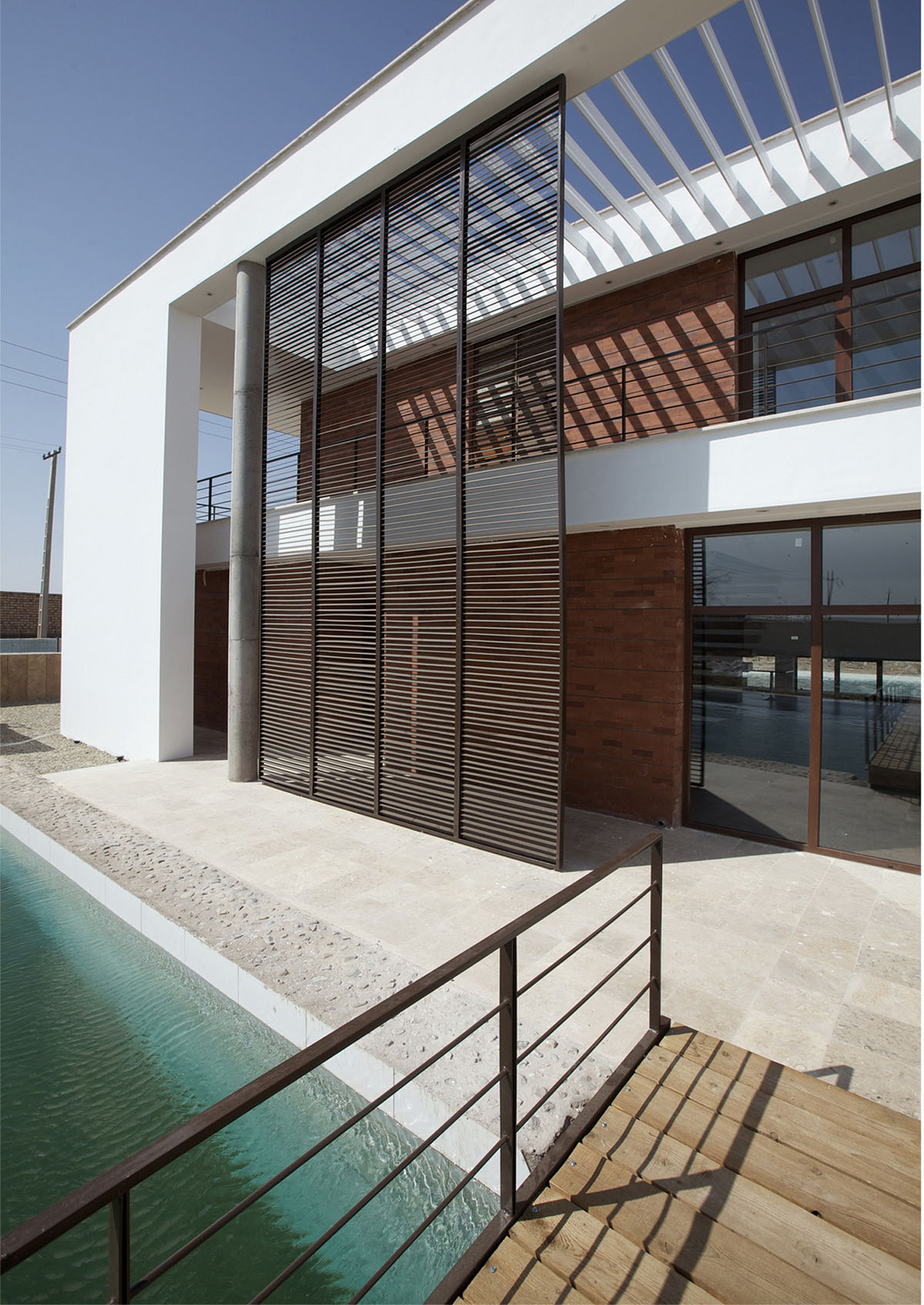 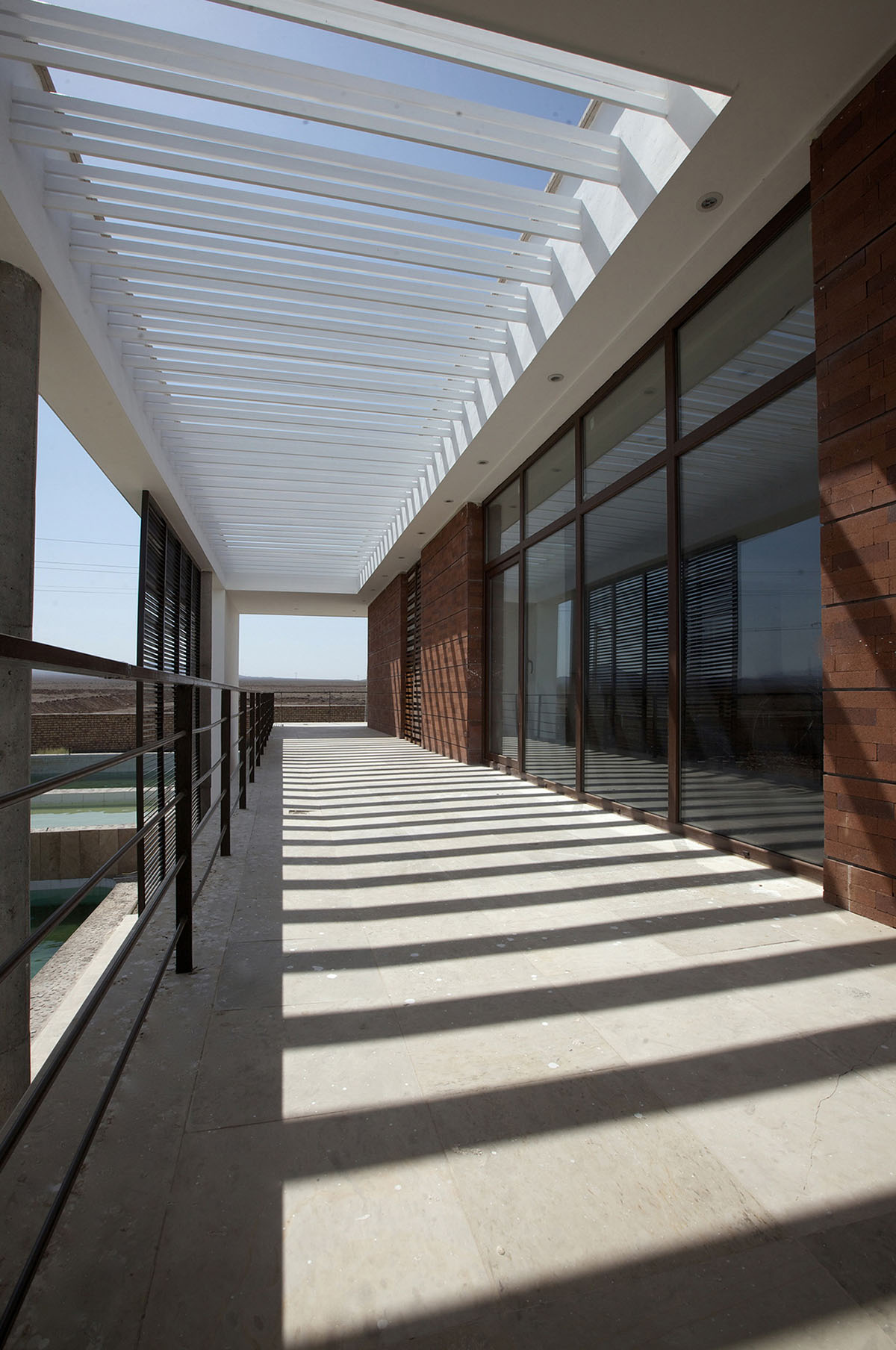 To protect from cold winds and to reduce glare and overheating, the west side has low height windows functioning also as paths through which natural light- reflected from the smooth water-can enter the house. The house consists of two stories. The first floor is a social area, including a kitchen, a living room, a guest room with a bathroom, and a service area, accessed through the rear terrace. At the upper level are the bedrooms with a bathroom and the private living room. The internal void expands to external balconies to provide the spatial different inner views for both interior and exterior. 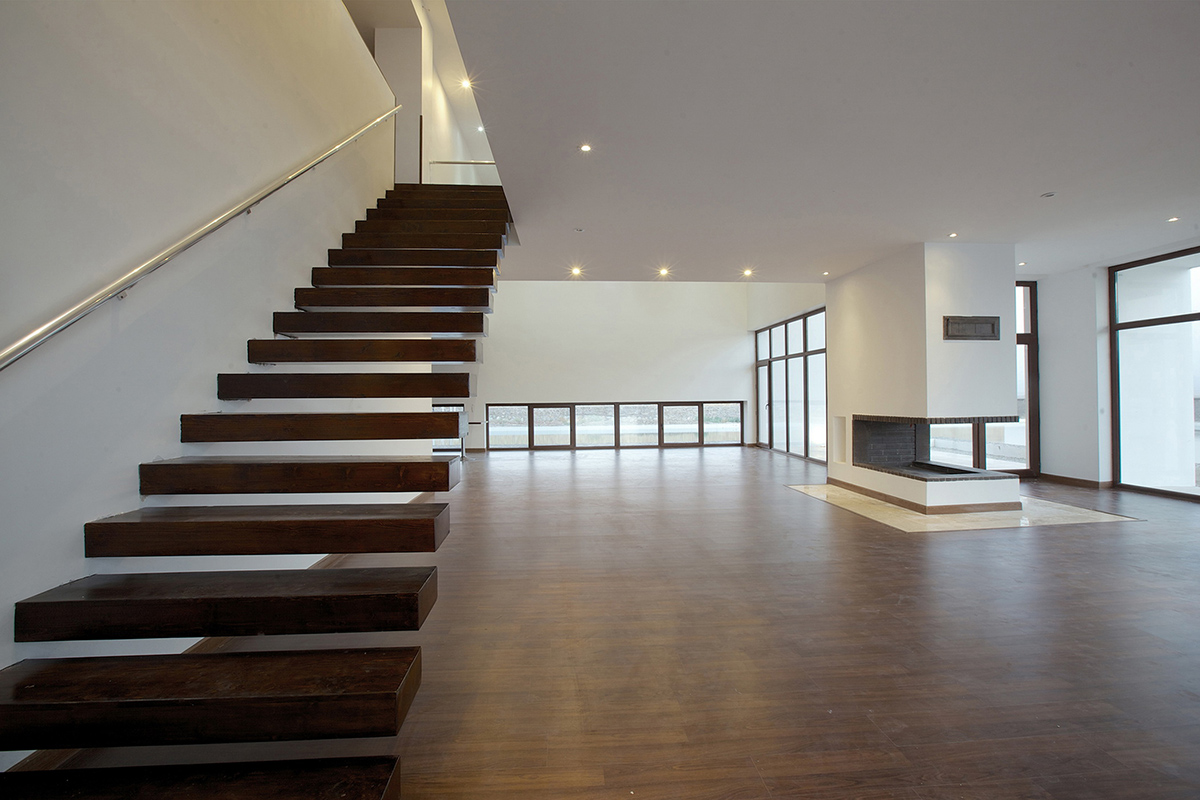 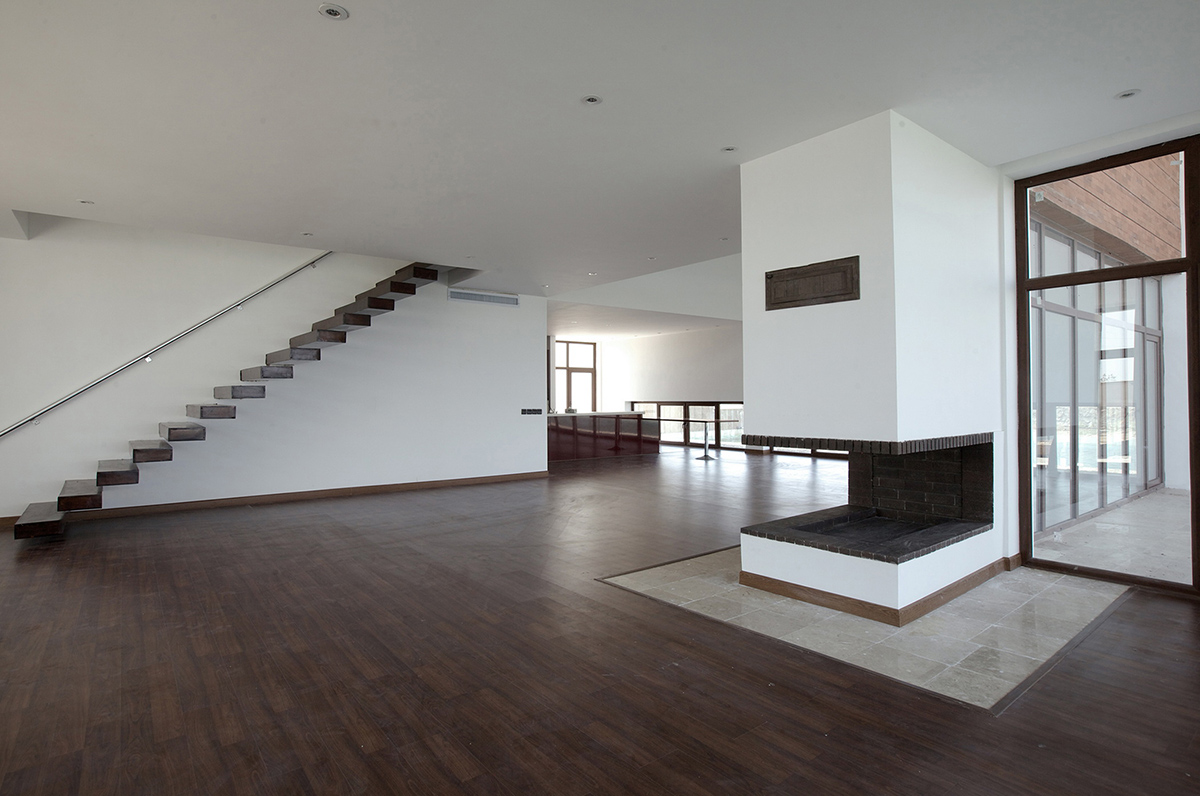 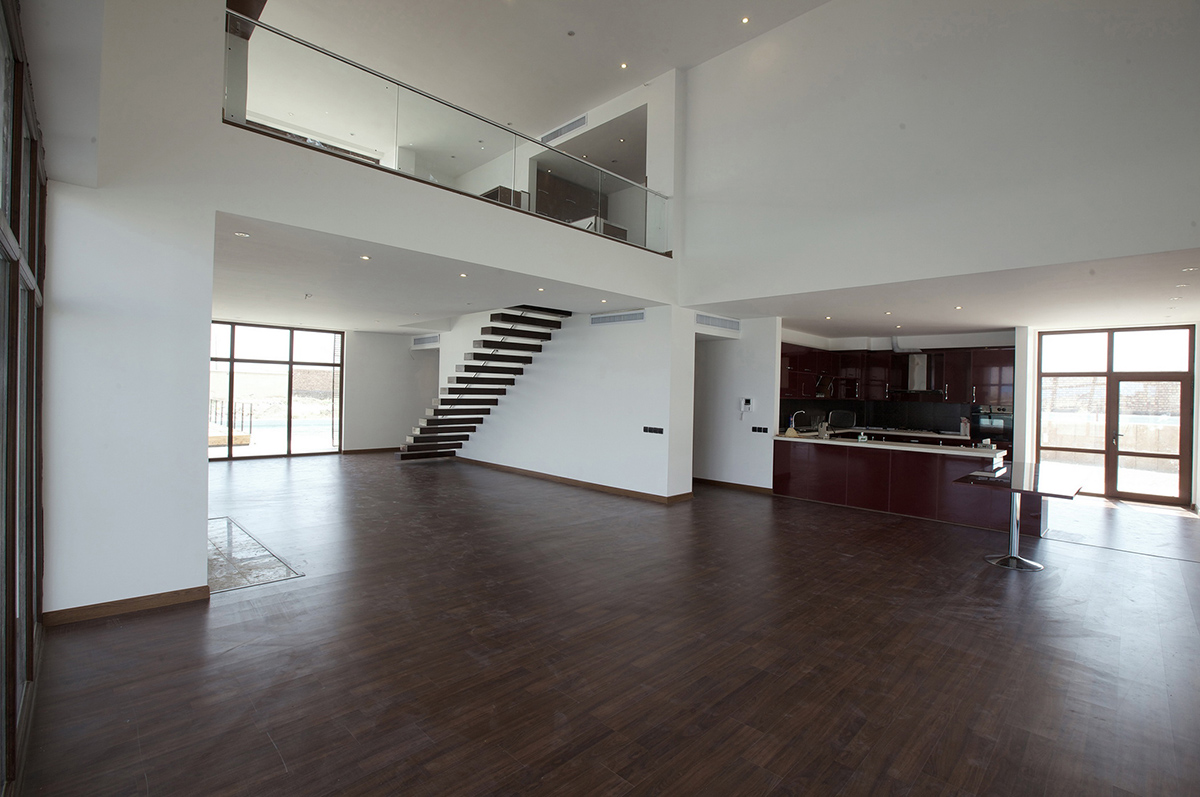 Due to the remote location of the project and considering the limitation in transportation and access to professional executive teams, the local materials, and simple details were used. Finally, instead of imitating the traditional forms, simple lines and finishings were implemented in the concept of the building to create a sense of contemporary Iranian architecture. 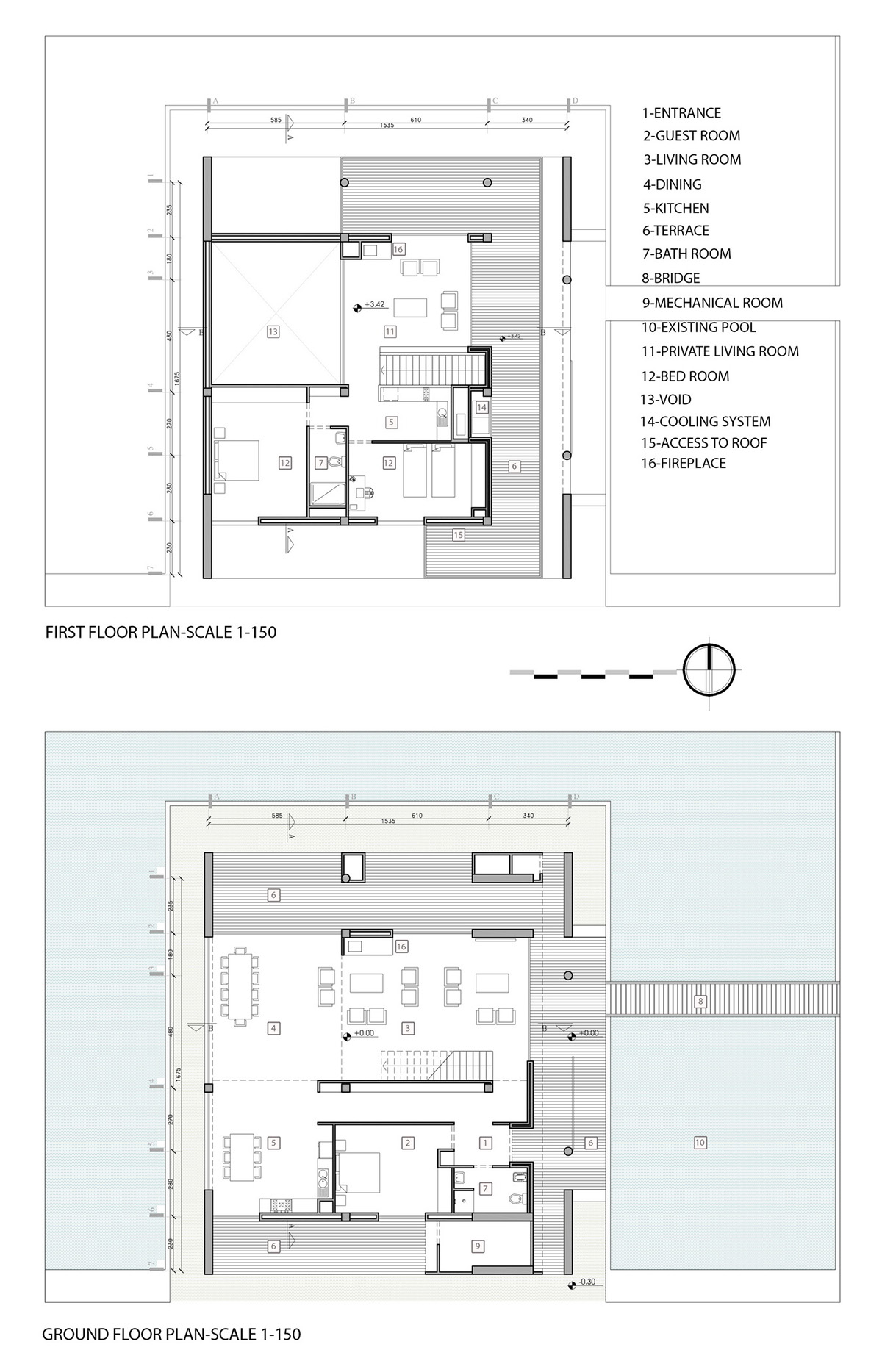