Maltese architect Chris Briffa, founder of Chris Briffa Architects, has converted an old house, dating back to 17th century, into his home and studio by combining soft and hard materials with light and shade and solids and voids in Malta.

Chris Briffa purchased the 17th-century property after he lived next door to this property for eight years. Staying as dilapidated and structurally unsafe and abandoned for years, the architect has renovated the building according to his own needs.

Before renovating the house, the budget should have been kept in minimum, as the architect explains. "After purchasing the property, budget was lacking, and subsequently the first phase involved restoring the building to its original design, save a giant skylight in the sala nobile," said Chris Briffa.

"While the lower levels embrace the existing structure and features such as tiles, apertures and textures, the penthouse is a contemporary counterpart, defined by contrasts between soft and hard materials, light and shade, solids and voids."

The four-story building serves for his private house and the architects' own studio. The first two floors are used as his studio, while the second floor acts as buffer zone. 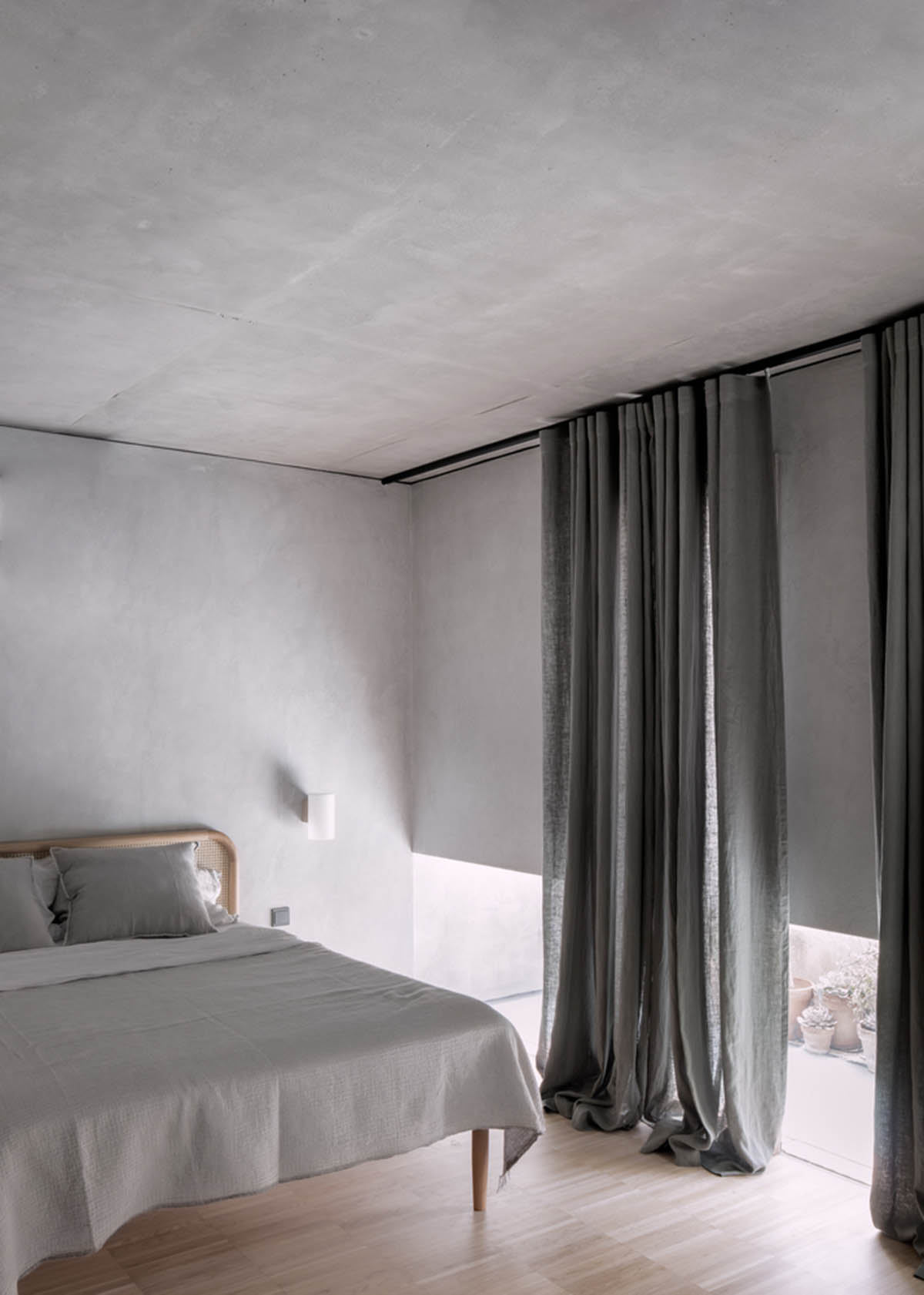 With this combination, the architect tried to achieve a formal and informal character of this house. The Sala Nobile, which is described as a space without strict function, serves as an architectural library and a music room, a home theatre and a presentation facility, a place for power naps and late night chats. 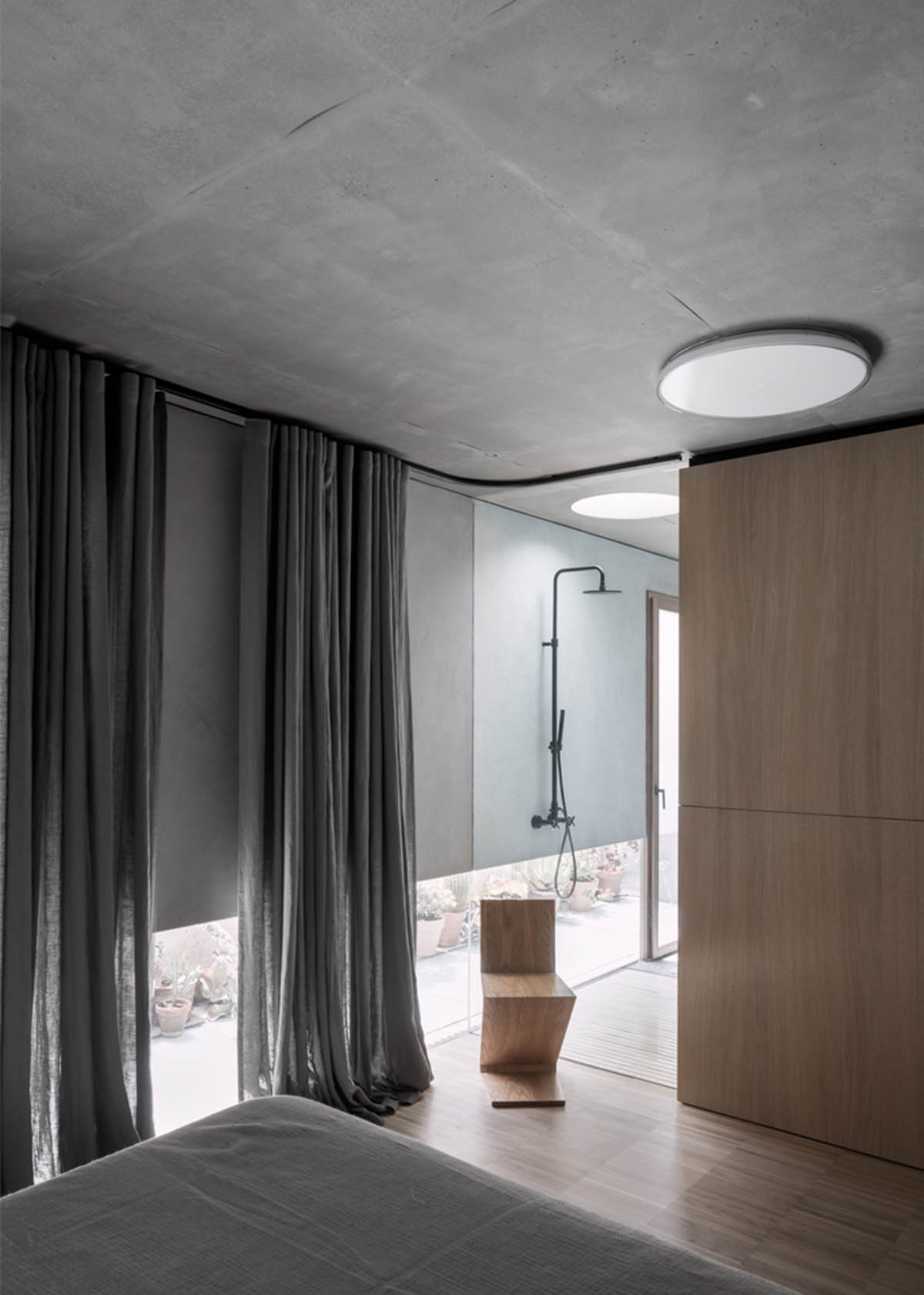 During the construction of the upper levels, a lift enclosed in a steel and wired glass cage, which was placed within the courtyard, framing composed views as users ascend.

"The concrete slab in the Sala Nobile is thus able to withstand a dance party of thirty people in motion. It is a space without strict function, an architectural library and a music room, a home theatre and a presentation facility, a place for power naps and late night chats," said the studio. 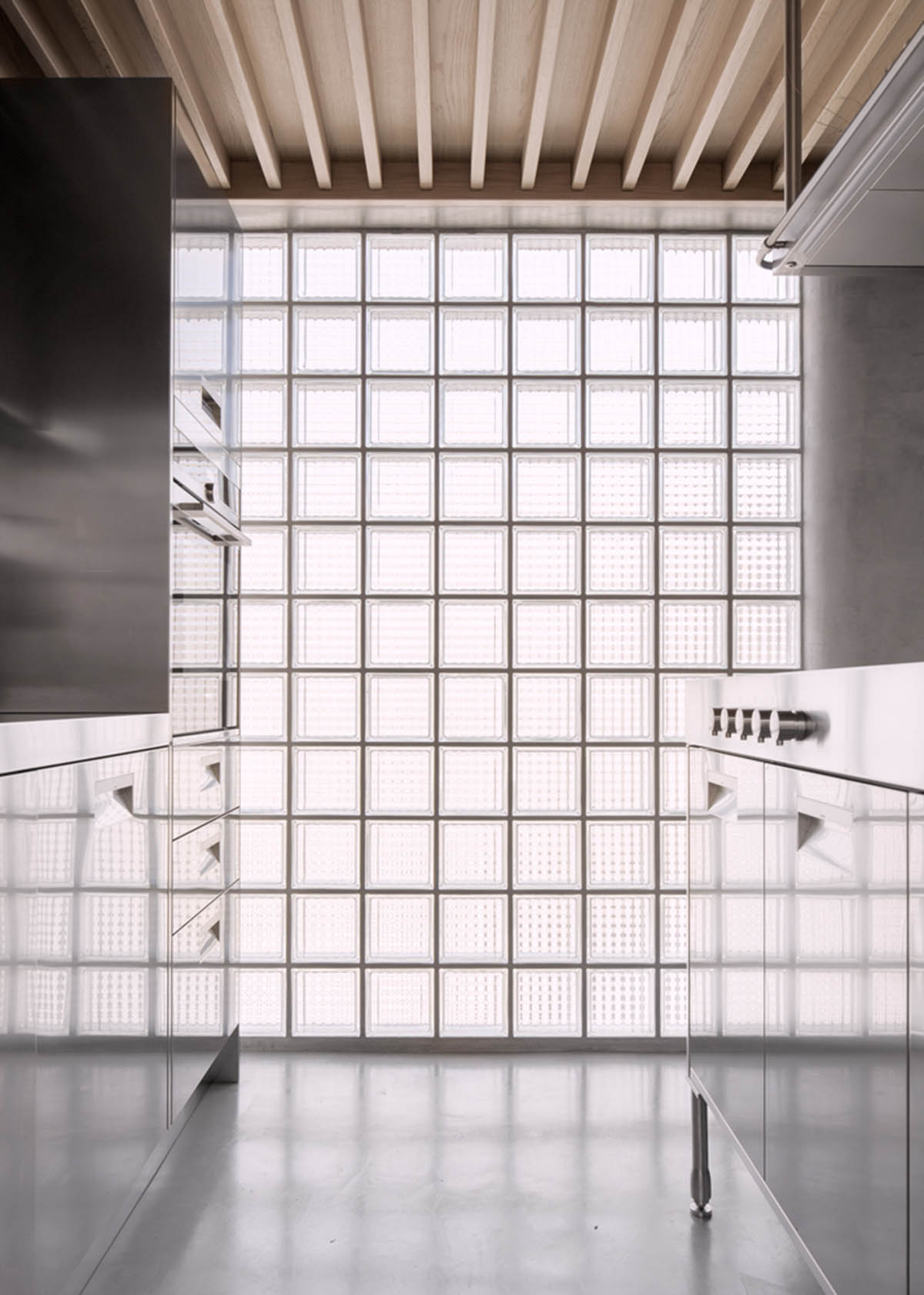 The new extension is placed on two pre-cast concrete beams, these beams shift the entire weight of the penthouse onto the side party-walls, thus it frees up the house from any additional load.

"Their inclusion was central to the transformation, but with it came various concerns," continued the architect. "Cost aside, they were especially difficult to transport and install on a restricted site, surrounded by historic buildings and narrow streets."

"Considering their narrow, ribbed form, they were also not easy to design in terms of structural proportions and external skin."

"The insertion of the beams was the culmination of excitement as they were slotted in, Lego-like. Subsequently, there was the designing and fitting of the steel railings, which follow the direction of the serrated edges of the beams," added the studio. 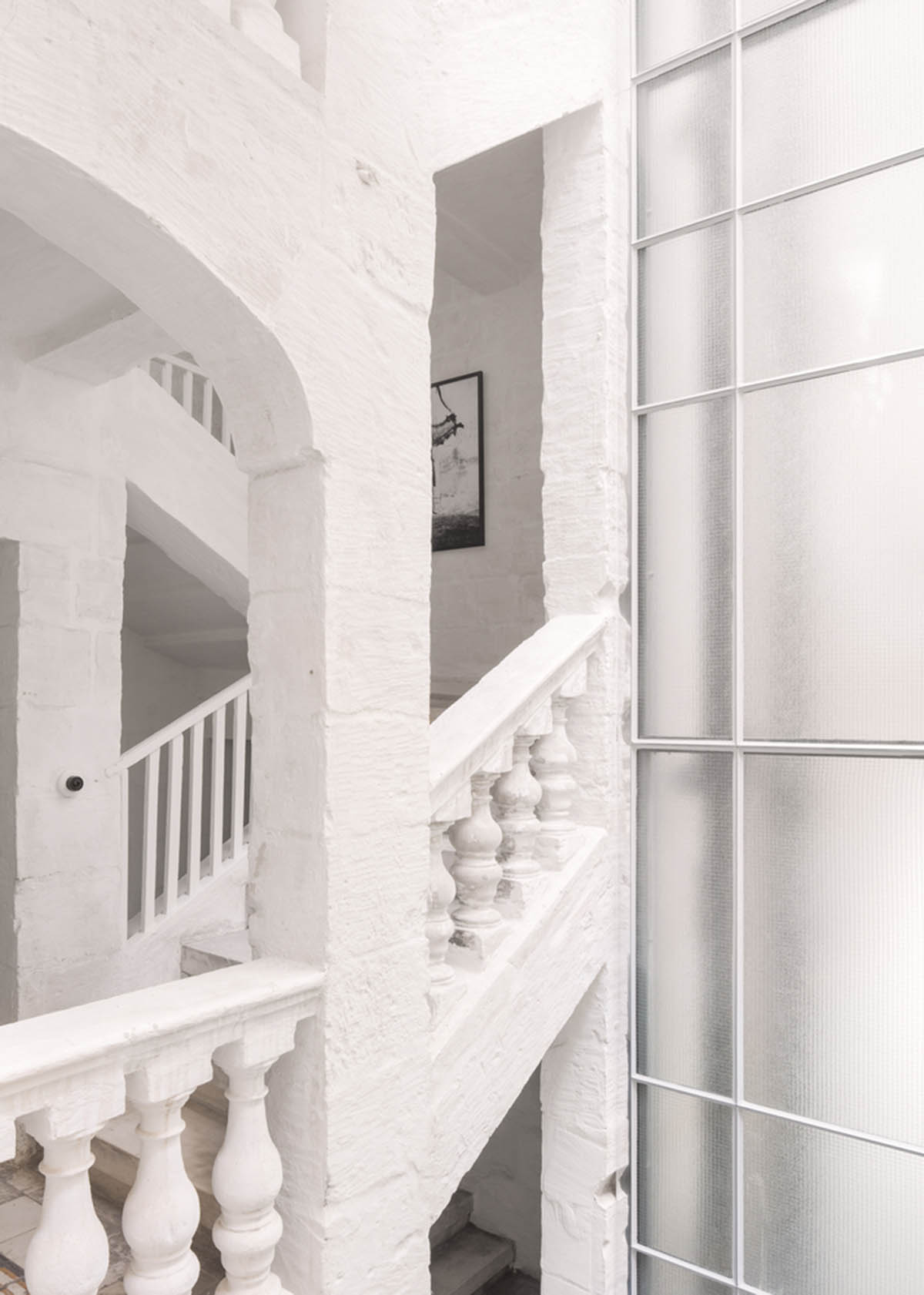 The master bedroom, situated on the upper level, is continuous, low window to reflect a sensitive mood, with morning light bouncing off the oak floors, and a ten-metre long line of cacti, users are compelled to look outwards, whether in bed or taking a shower.

The architect placed the penthouse on the top level, above the bustle of the street to feel like expansive, liberating. The folding living room doors are packed up in a steel-unit which blurs the line between interior and exterior. 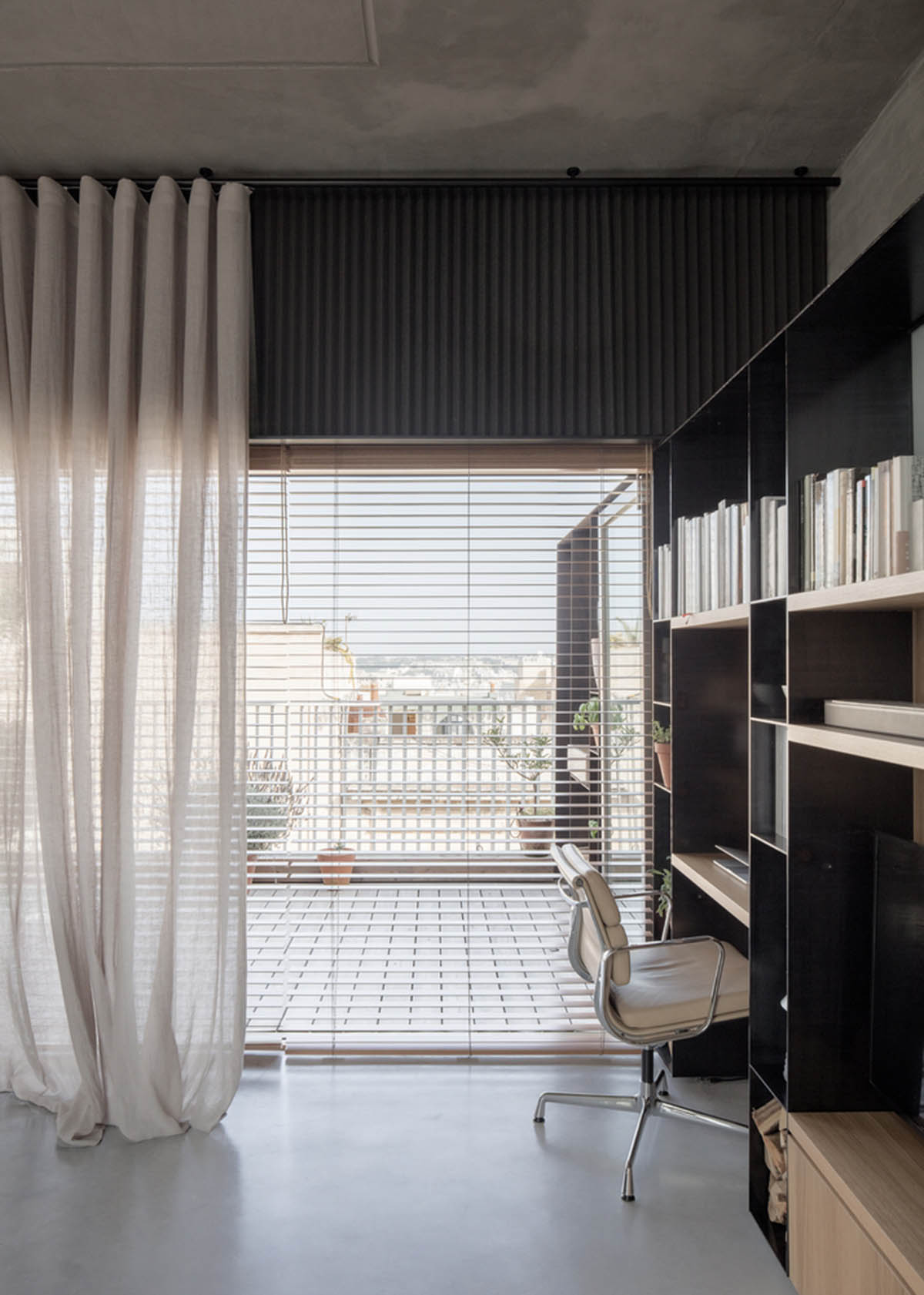 "Natural light fills the entire space from every wall, foliage and trees frame the roof top views, with both harbours beyond," added the firm.

As the architect explains, "the sense of playfulness is demonstrated in the ‘tree house’, a low space located above the kitchen, where the children can be close by."

The kitchen is situated the heart of this home, with a stainless-steel workbench that allows the cook to access tools in an efficient cooking-work triangle. 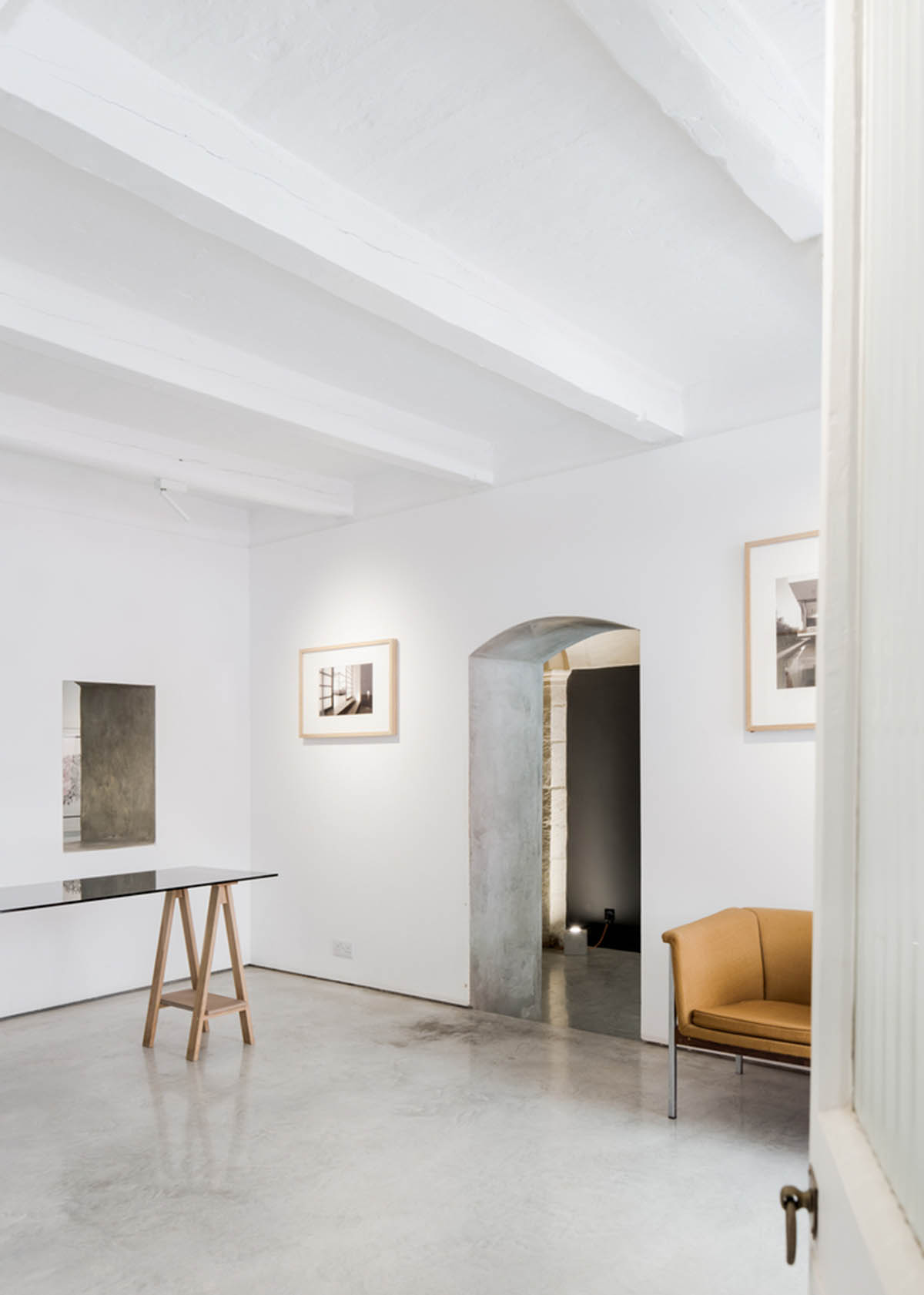 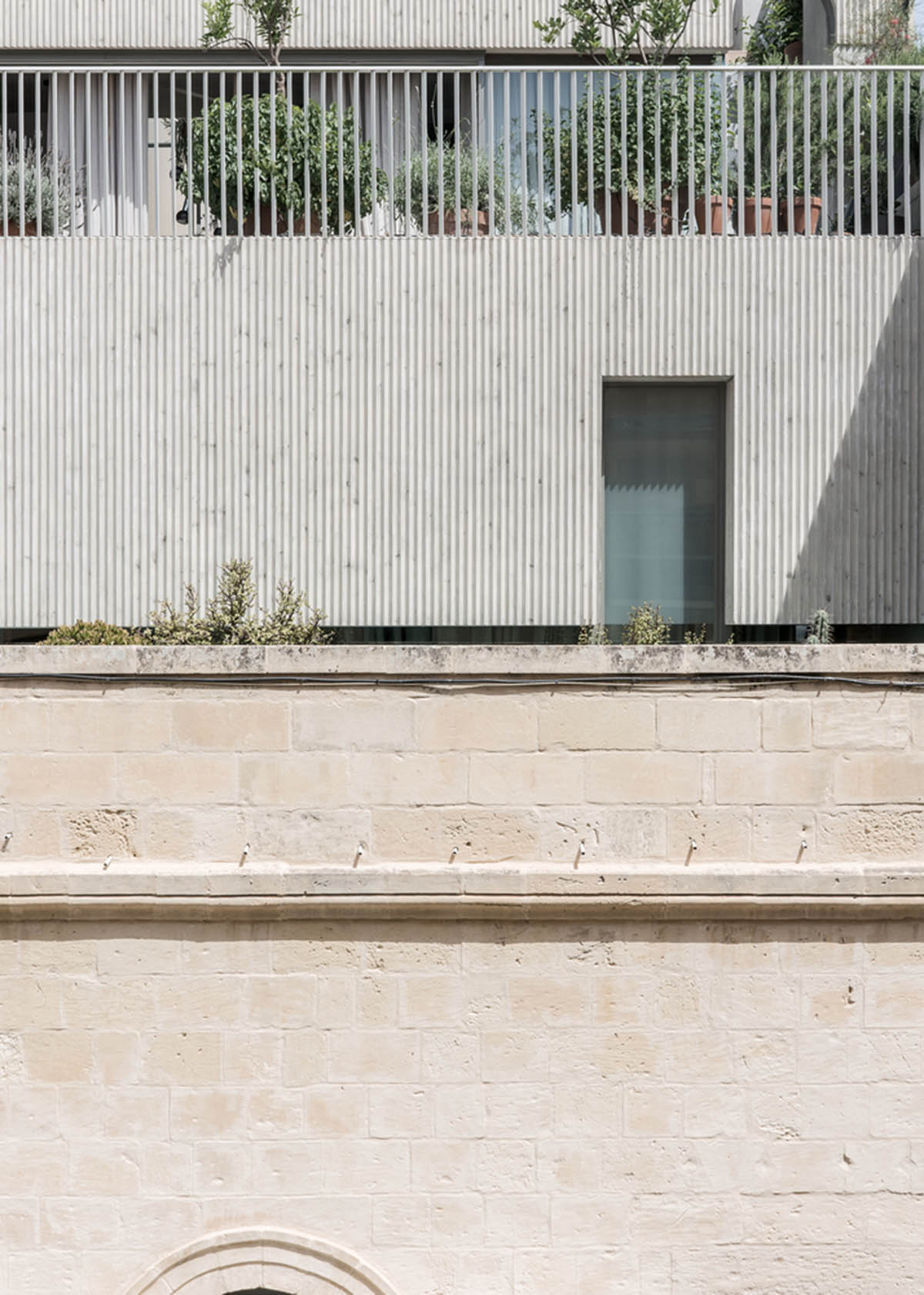 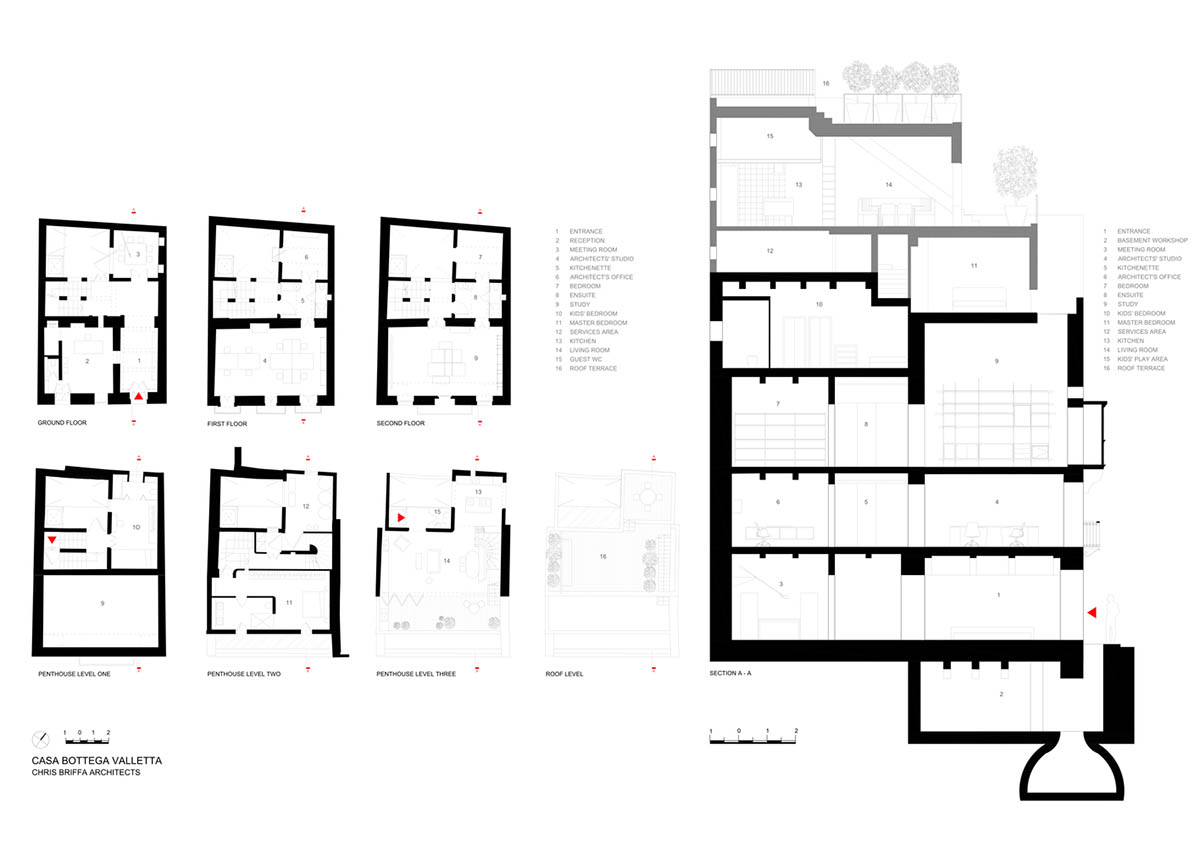 Maltese architect Chris Briffa established his own firm Chris Briffa Architects in 2004 in Malta. His work has become synonymous with skilful design which moves away from stylistic mannerisms and is more concerned with proportion, materials and detail.