Known as La Poste du Louvre, the building was originally built from 1878 to 1888 by the architect Julien Guadet to serve for the needs of the National Post Office, this building, emblematic of the Parisian construction sites of the Third Republic, fits perfectly into the typology of the Haussmannian arteries of the 1st district of Paris.

The site, owned by the Poste Group and its real estate subsidiary Poste Immo, will incorporate a vast program to modernize the building, which is adapting the building to its current times, opening it up to the neighborhood and welcoming residents, tourists and new users.

As Dominique Perrault Architecture explains, in 2012, a consultation process was launched for the project management. Out of 70 French and international teams that submitted their applications, five were selected for the final phase for the project.

Dominique Perrault’s team was chosen as the winner in 2012 to modernize the building. After gaining a building permit in 2013, work began in 2016, led by Bouygues Bâtiment Ile-de-France. In 2021, the various spaces are planned to be made available to tenants. Dominique Perrault Architecture has shared the latest images from the building, which also show details from inside. 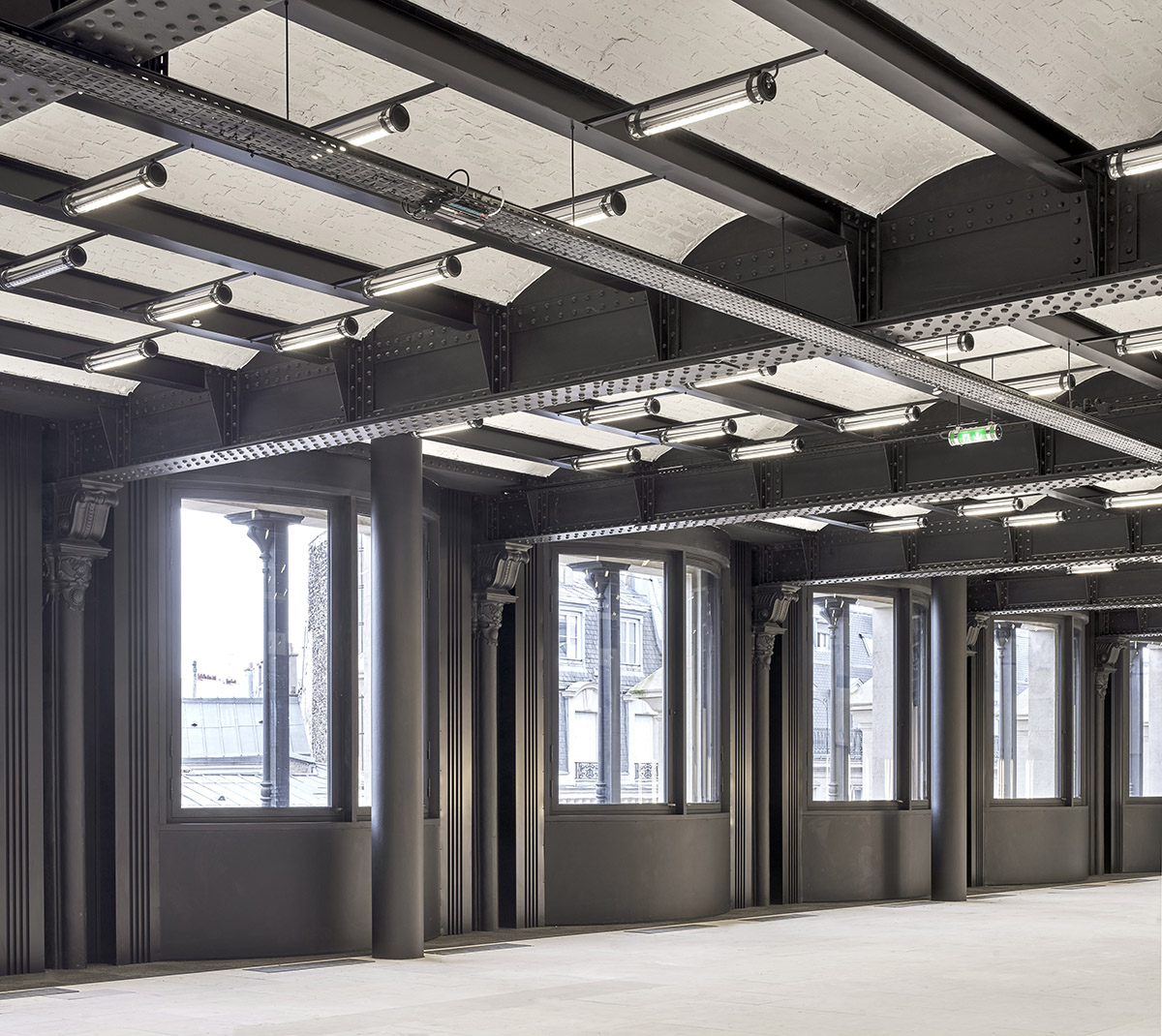 Dominique Perrault Architecture's design scheme aims to create a “permeable” building, with its strong connections to its environment, The new Poste du Louvre will now offer a mixed- use program connected to the functions of its neighborhood. 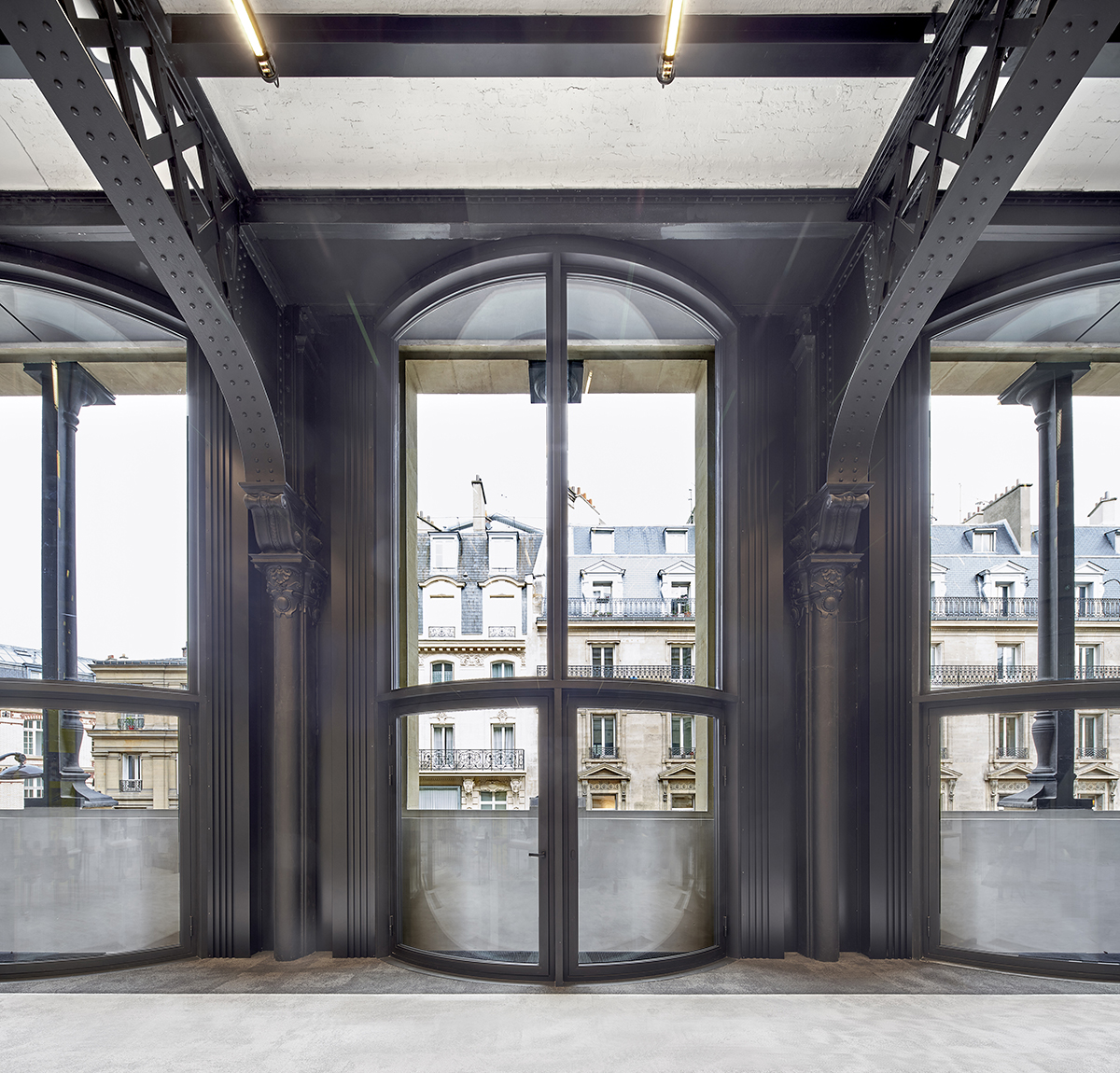 The new building will welcome a 5-star hotel with 82 rooms, a restaurant and a panoramic rooftop bar, as well as offering shops, social housing, and offices, numerous services, including the preservation of the historic post office, the creation of a police station, a childcare center, and an urban logistics hub in the basement.

The organization of the various programs is based on horizontal layers, in the tradition of Haussmann buildings. 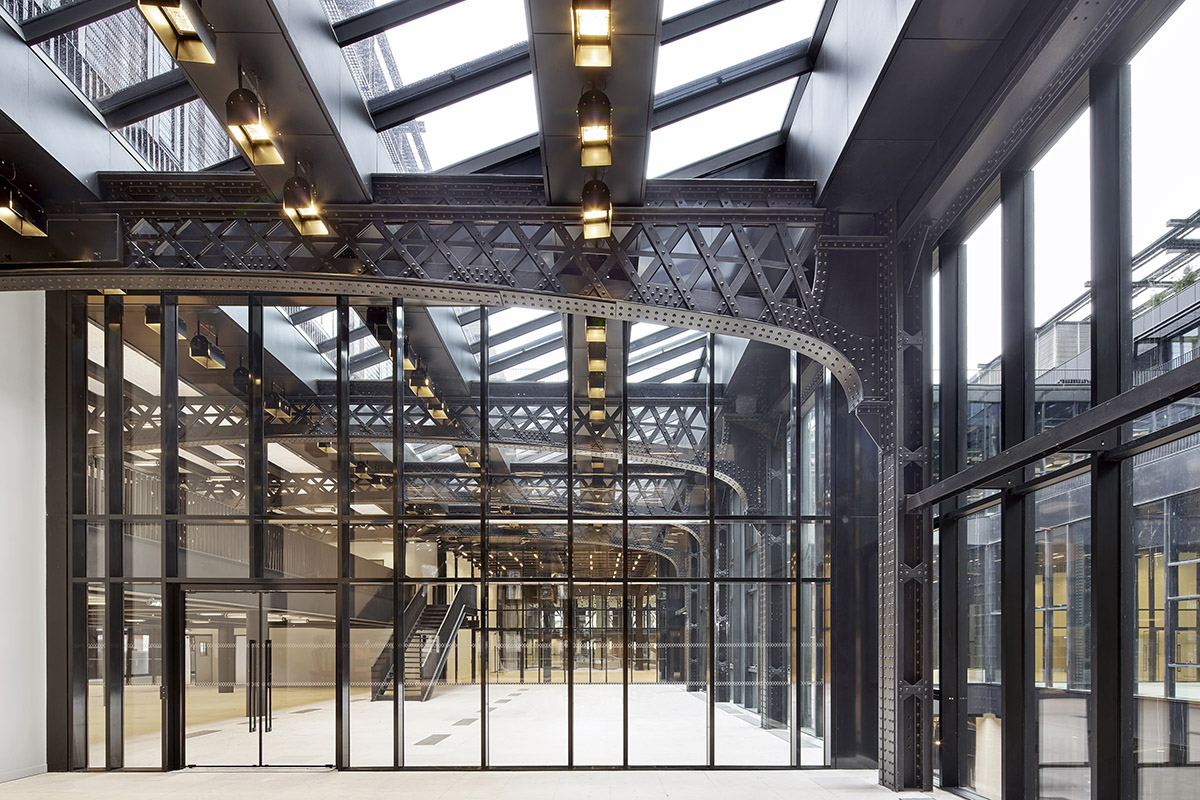 "The urban and architectural concept consisted of reintroducing this legacy complex into the life of its neighborhood and making it a real place of sociability and services, accessible to all," said Dominique Perrault Architecture. 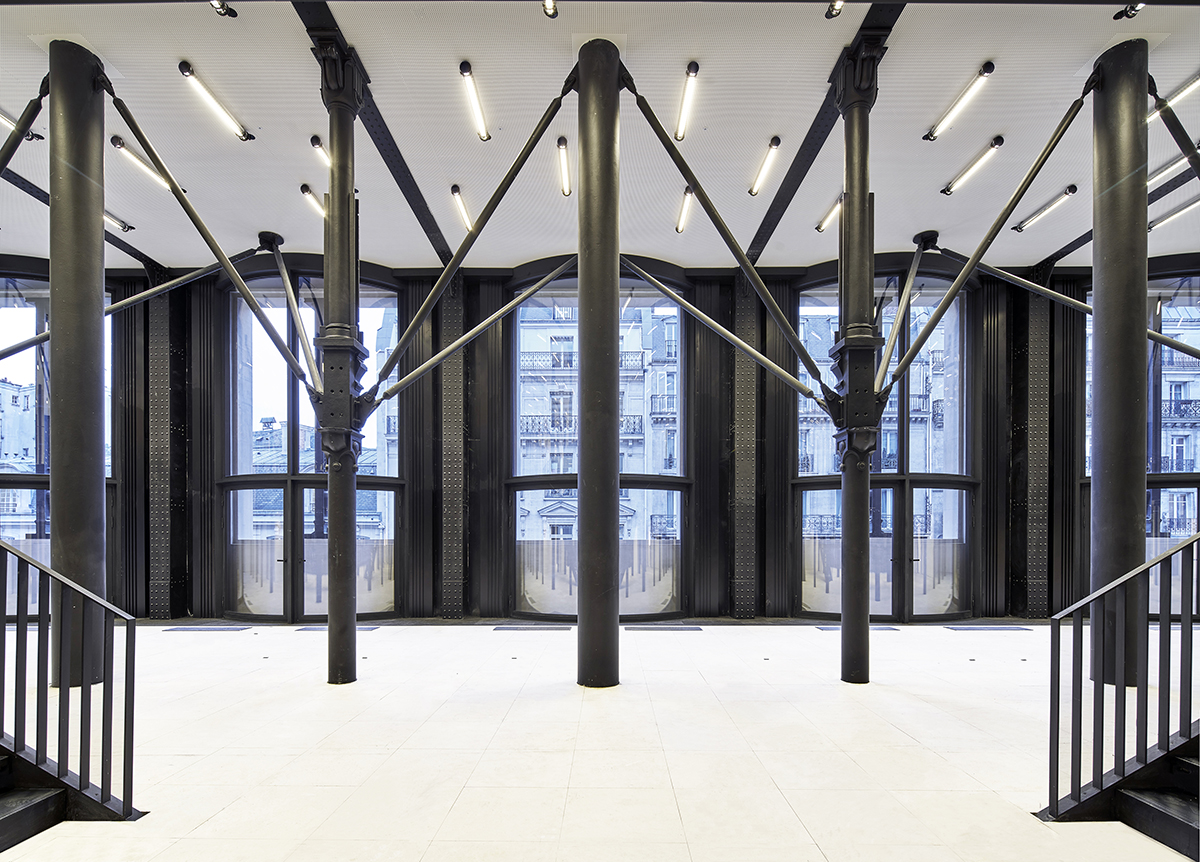 From the outside, on its stone facades, the project favors the urban integration of the volume. The monolithic island is made “permeable” and connected to its environment, by the creation of a network of porches, arcades and galleries, openly inspired by covered passages, including the famous neighboring Vivienne or Véro-Dodat shopping arcades. 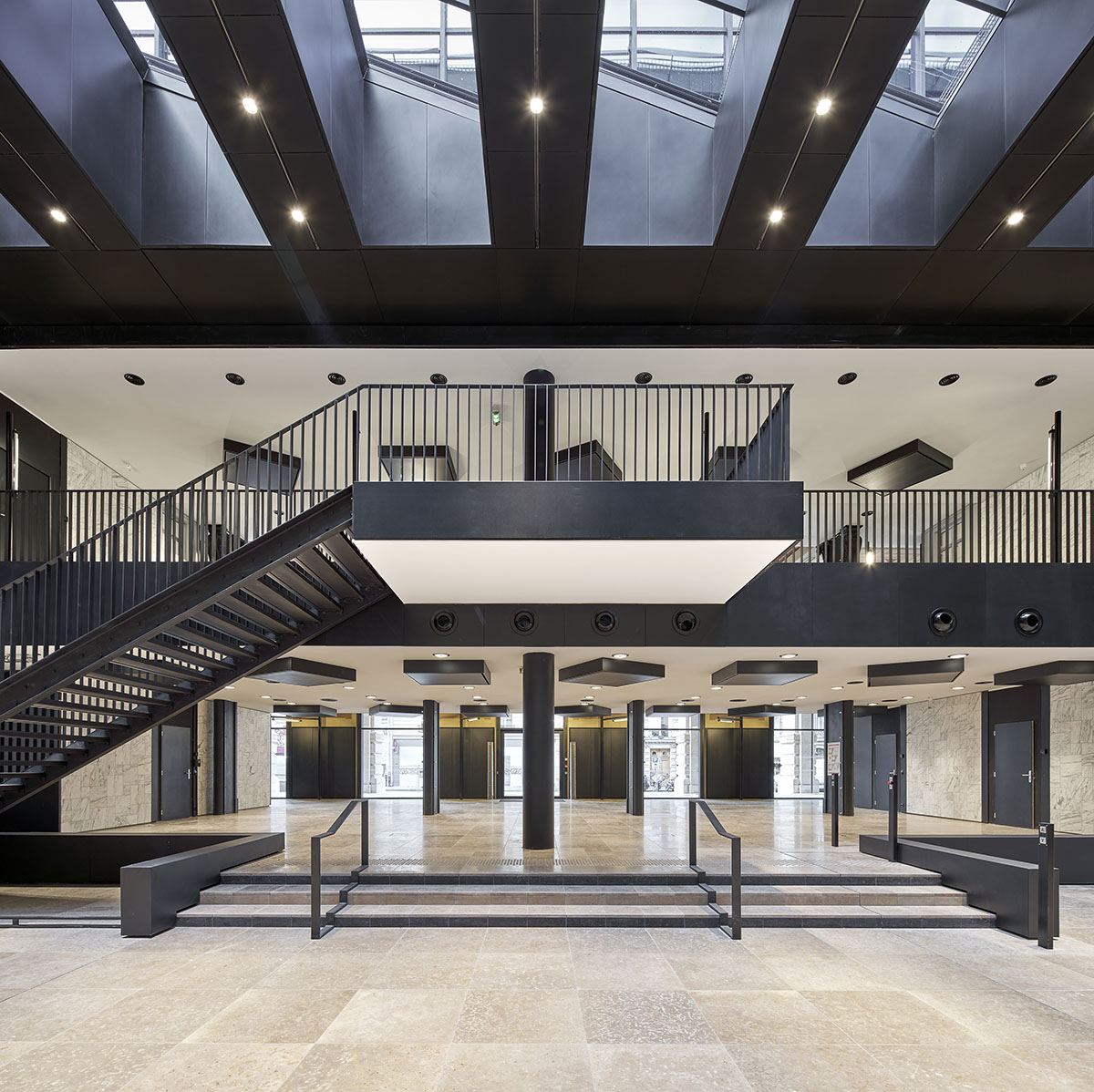 Introducing five passageways, they now converge towards the heart of the block, from the streets of the Louvre, Jean-Jacques Rousseau, Etienne Marcel and the Gutenberg passage. They converge on a central courtyard, designed as an open-air industrial courtyard, around which shops and services will open.

La Poste du Louvre is opened up to the city and serves as the setting for a new urban square, allowing a maximum of natural light to enter its heart and revealing to all the impressive volumes and the interplay of the historic metal structures. 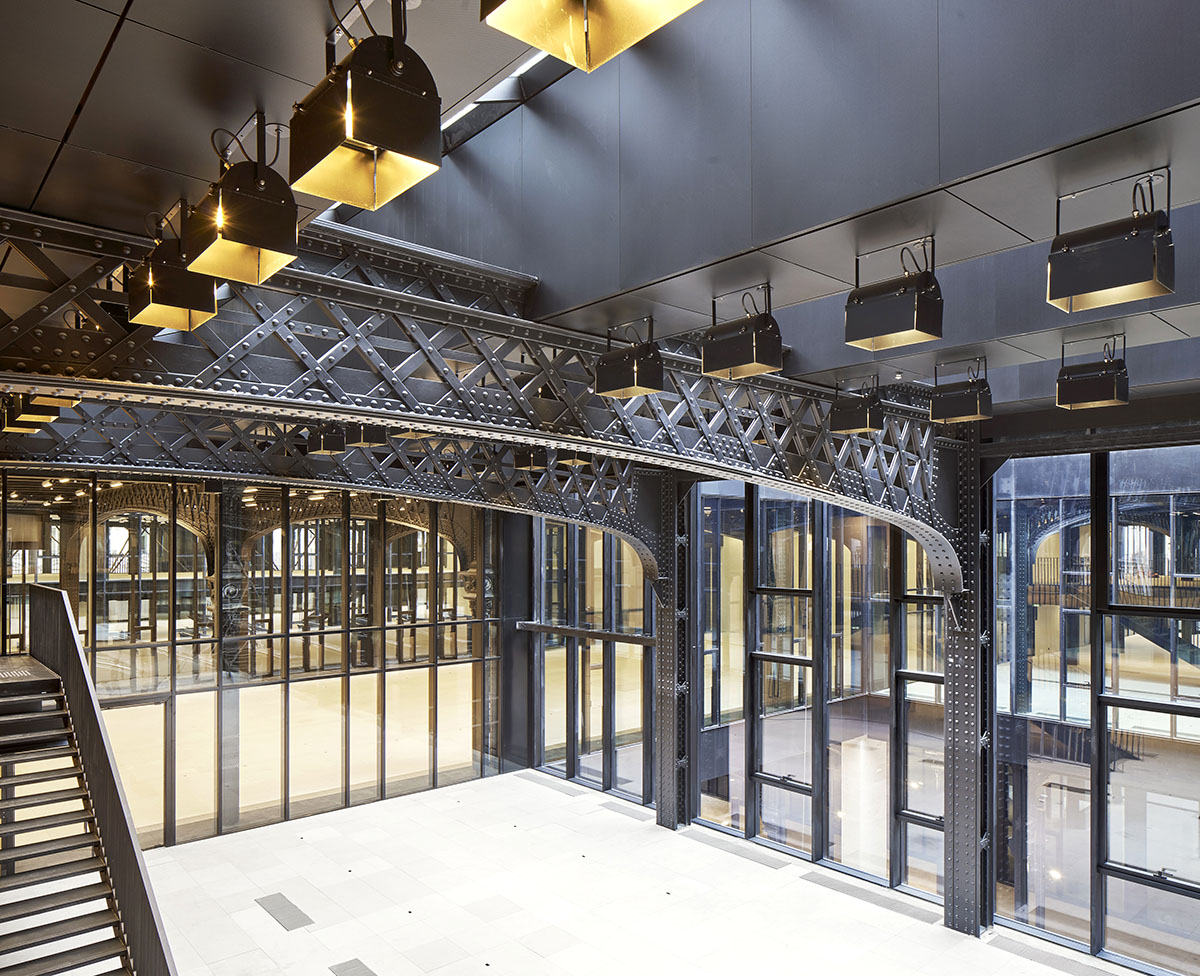 "La Poste du Louvre will find a new life. The idea is to offer the building an "augmented reality" in terms of use and identity," said Dominique Perrault.

"Heritage must be inhabited and live in its social dimension, otherwise it declines, and it is the mission of the architect to adapt, the existing to the inevitable evolution of our time, to live and work better, in a better environment." 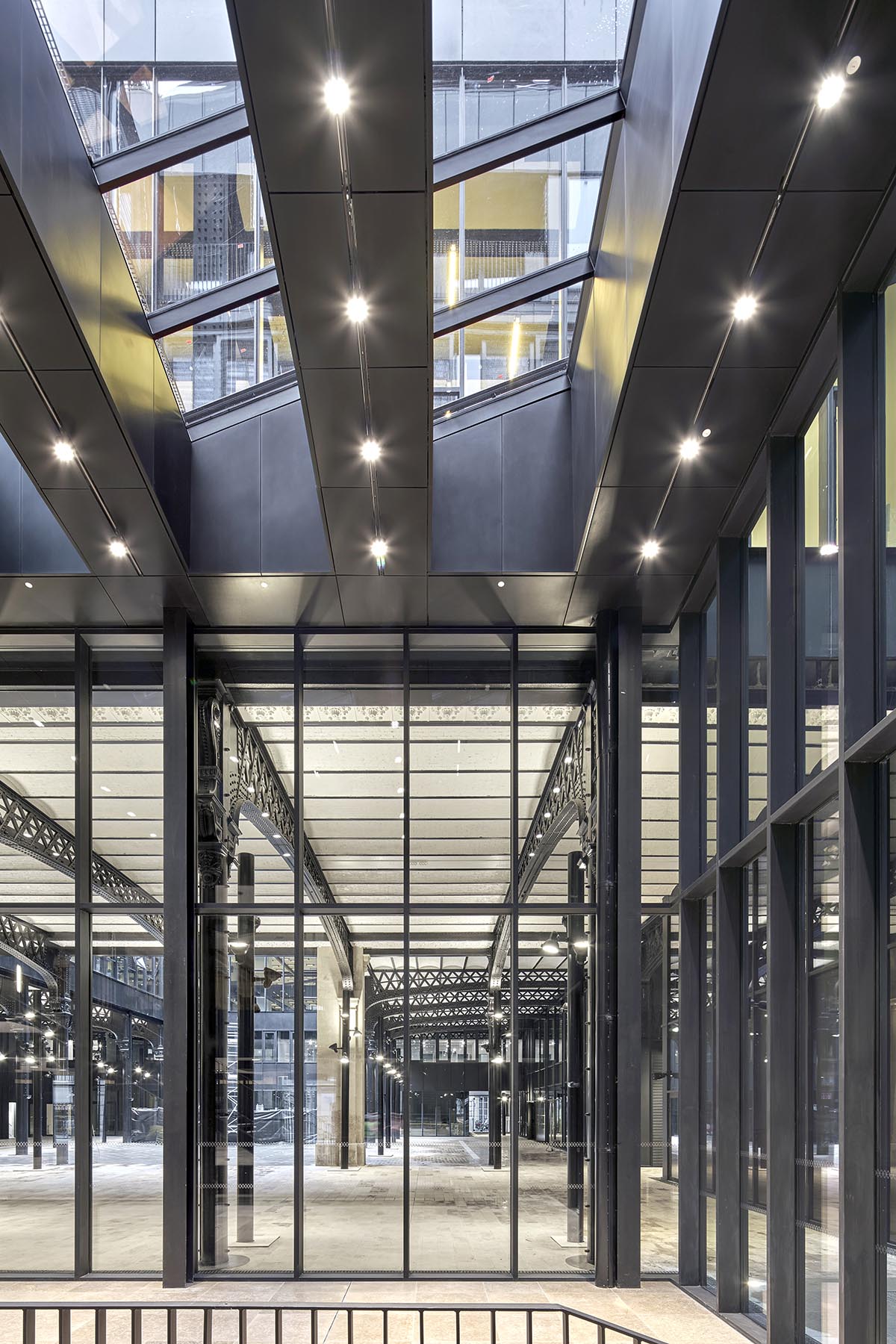 The preservation of the building’s heritage elements focused on the conservation, restoration and exposure of the stone and metal architecture of Julien Guadet’s original building.

The studio is working with in collaboration with Jean-François Lagneau, chief architect of the Monuments Historiques, the work of highlighting the stone facade, the metal frames and the great heights, contributes to the of the project’s success by establishing a new harmony between heritage and modernity.

The design preserves and enhances the concept of Julien Guadet’s “versatile building”, with a constant concern for respecting the historic building, while integrating strong elements of modernity. 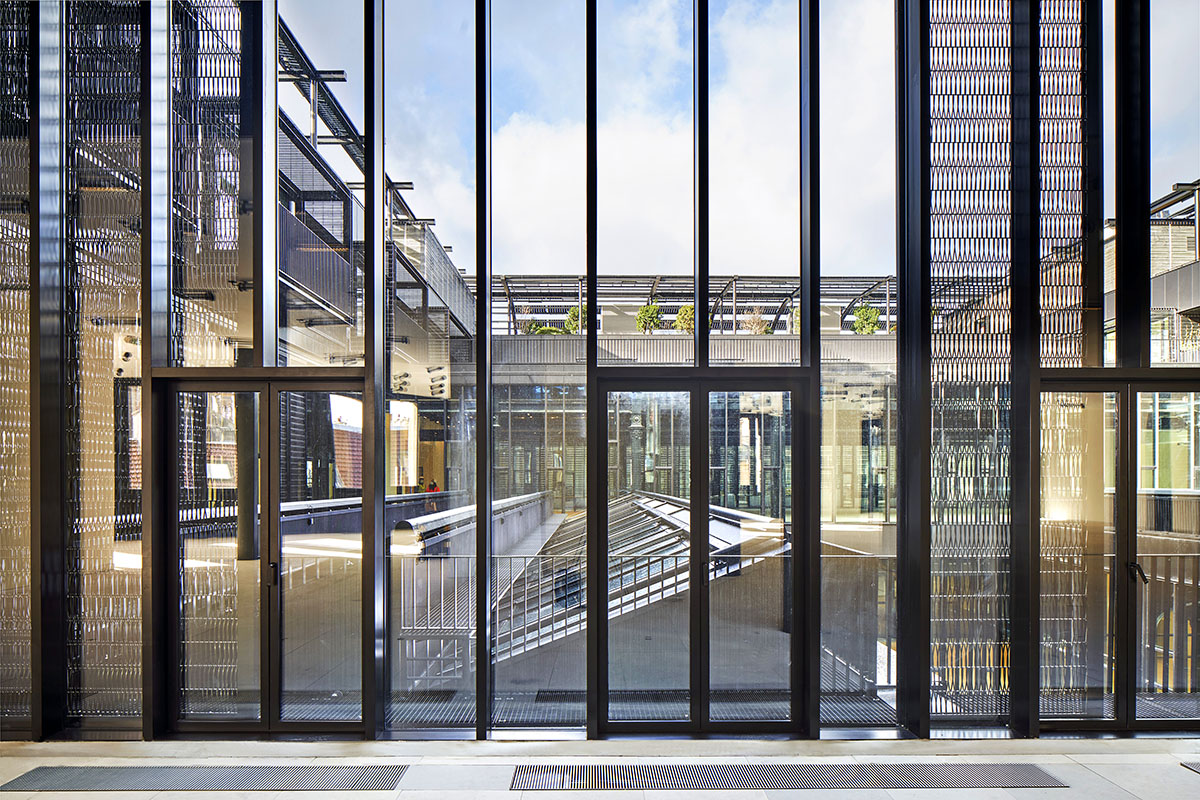 An emblematic work of this monumental architectural style, the large stone facade has been restored to its initial architectural quality. A work on the openings, with the creation of joineries worked in curves towards the interior, give the building a new modern appearance.

The project restores the original great heights and all the metal frames, some of which had been modified or hidden, by the creation of offices and sorting areas and the mezzanine dedicated to the reception of vehicles in particular. 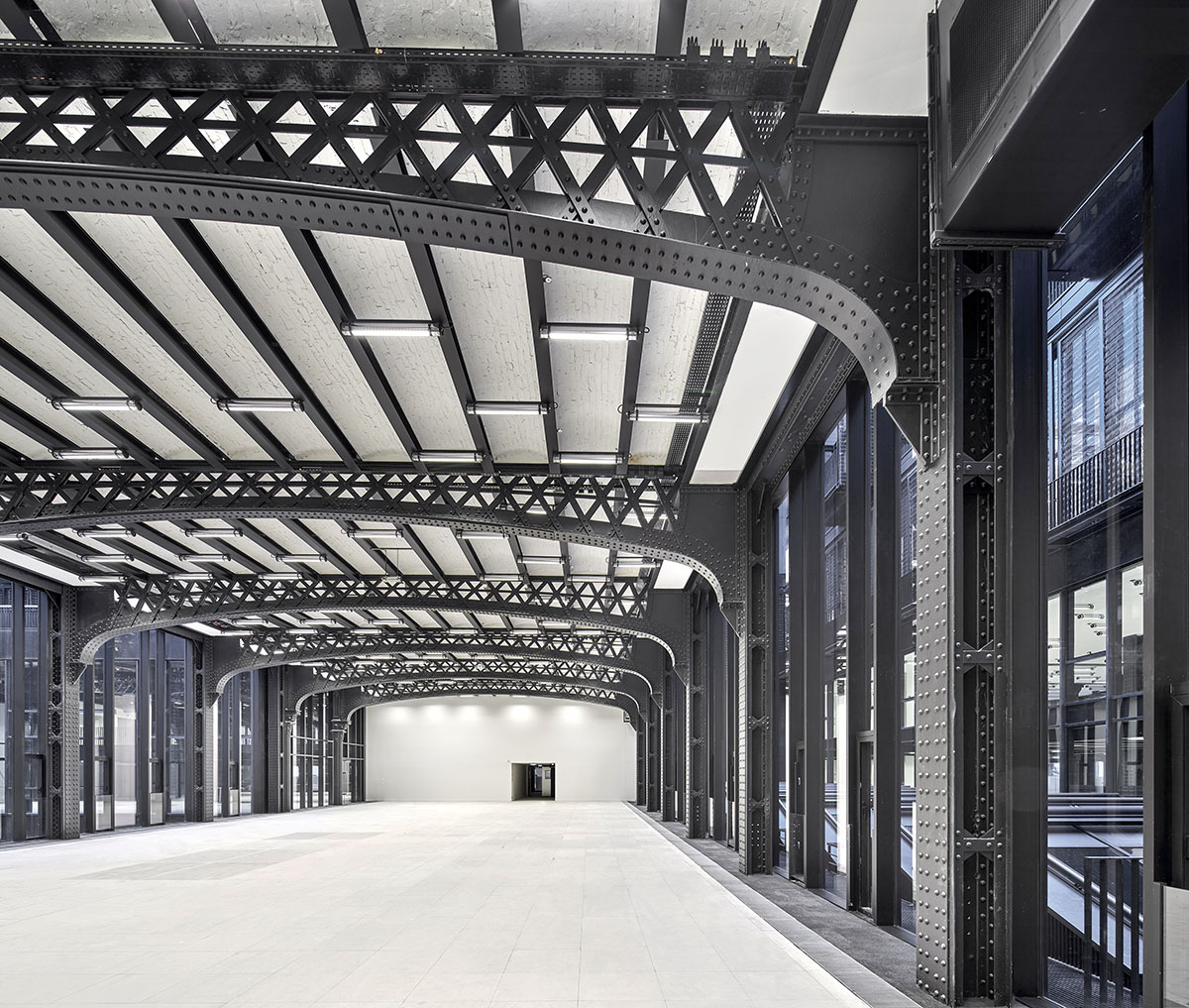 The primary structure of the existing building, with its metal posts and beams, is mostly restored and reused. a new self-stable structure, totally independent of the structure designed by Julien Guadet, is also introduced into the existing volume in order to support the new loads and to ensure the requirements of fire control on the levels concerned (particularly for the hotel). 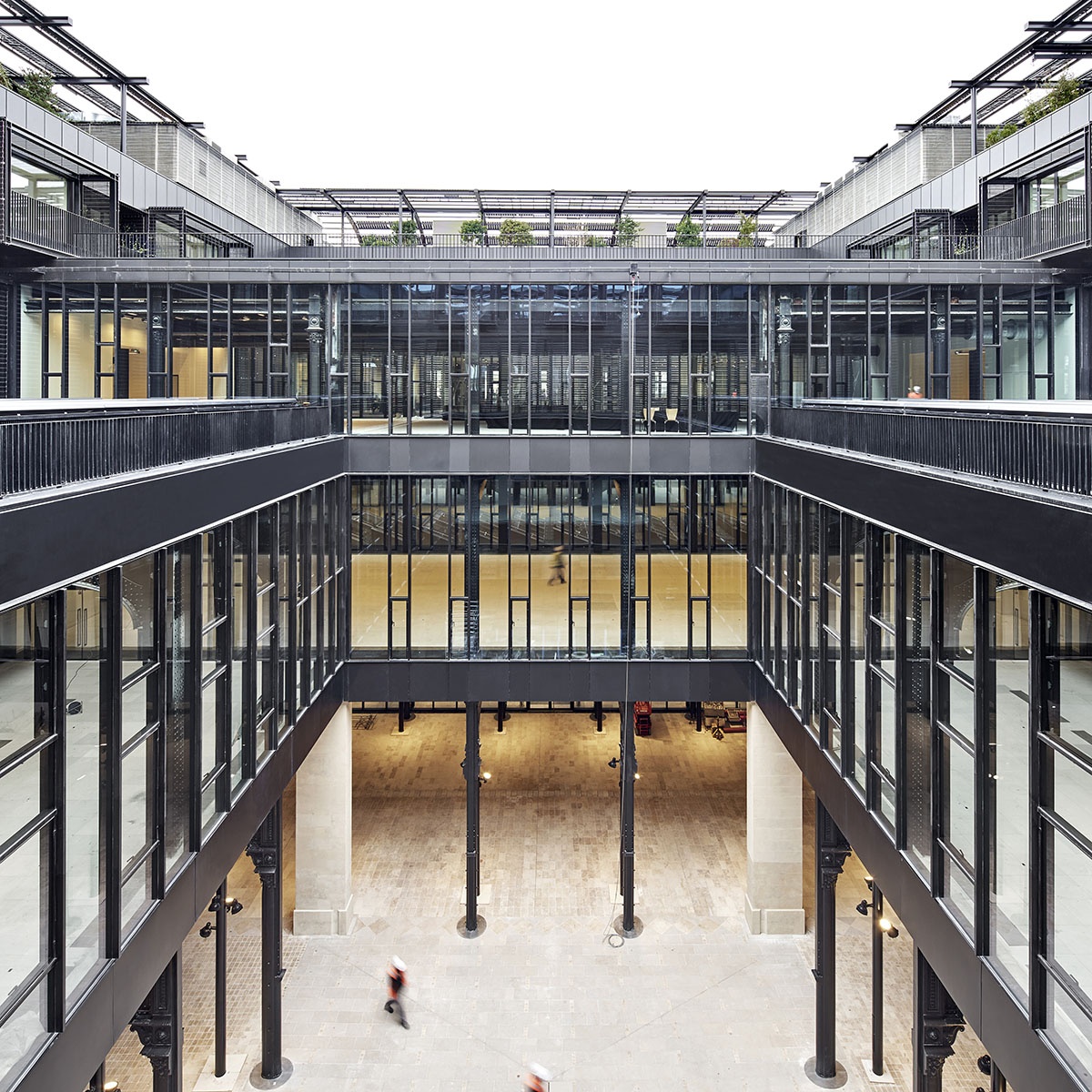 External textile blinds are also installed on these windows to ensure better comfort. These large glazed surfaces have been carefully designed to meet the required objectives in terms of acoustic and thermal quality and fire resistance. 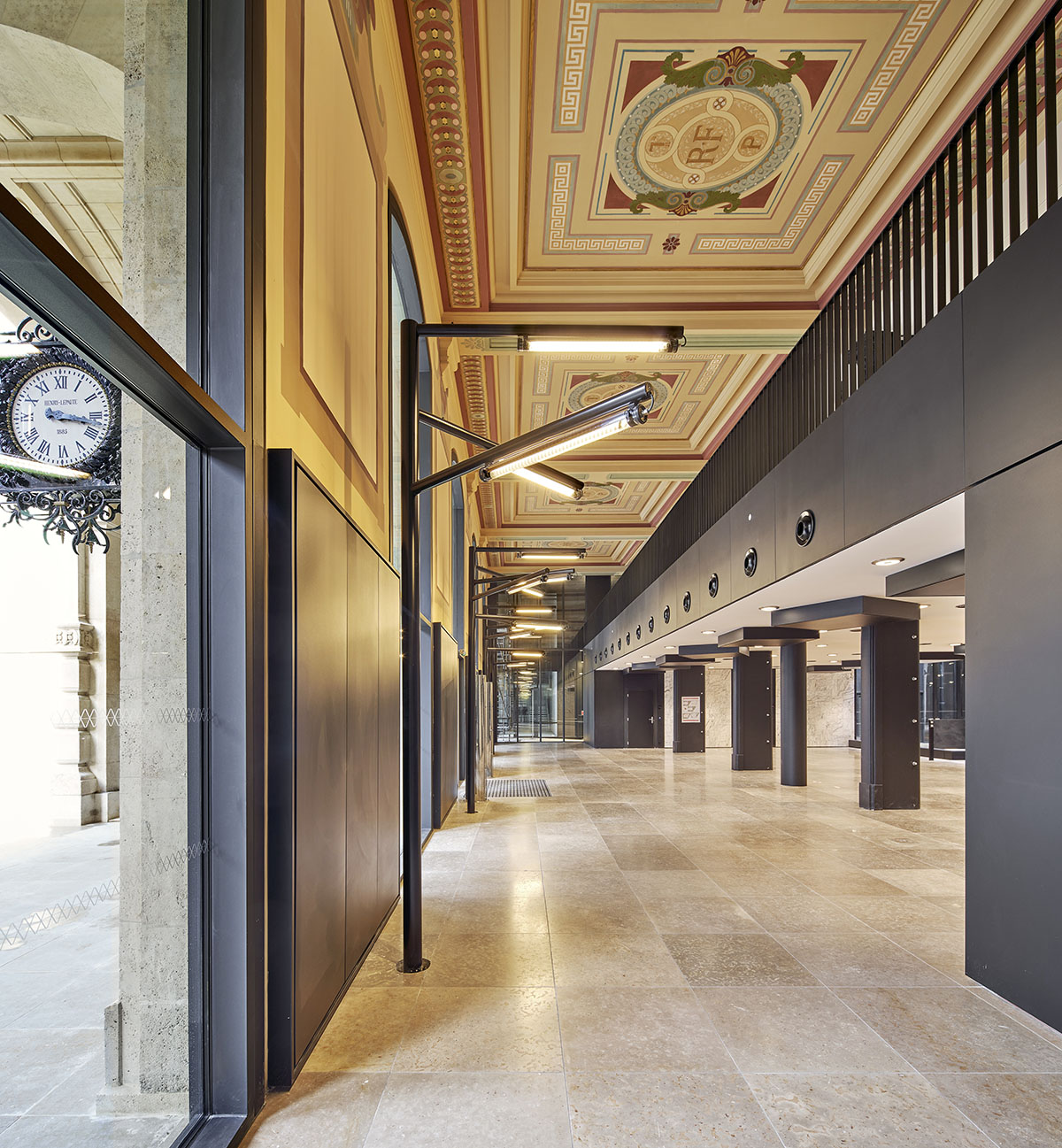 In collaboration with Dominique Perrault, the designer Gaëlle Lauriot-Prévost developed a comprehensive design integrating lighting and various other elements ensuring the harmonious implementation of technical elements such as acoustics and ventilation. 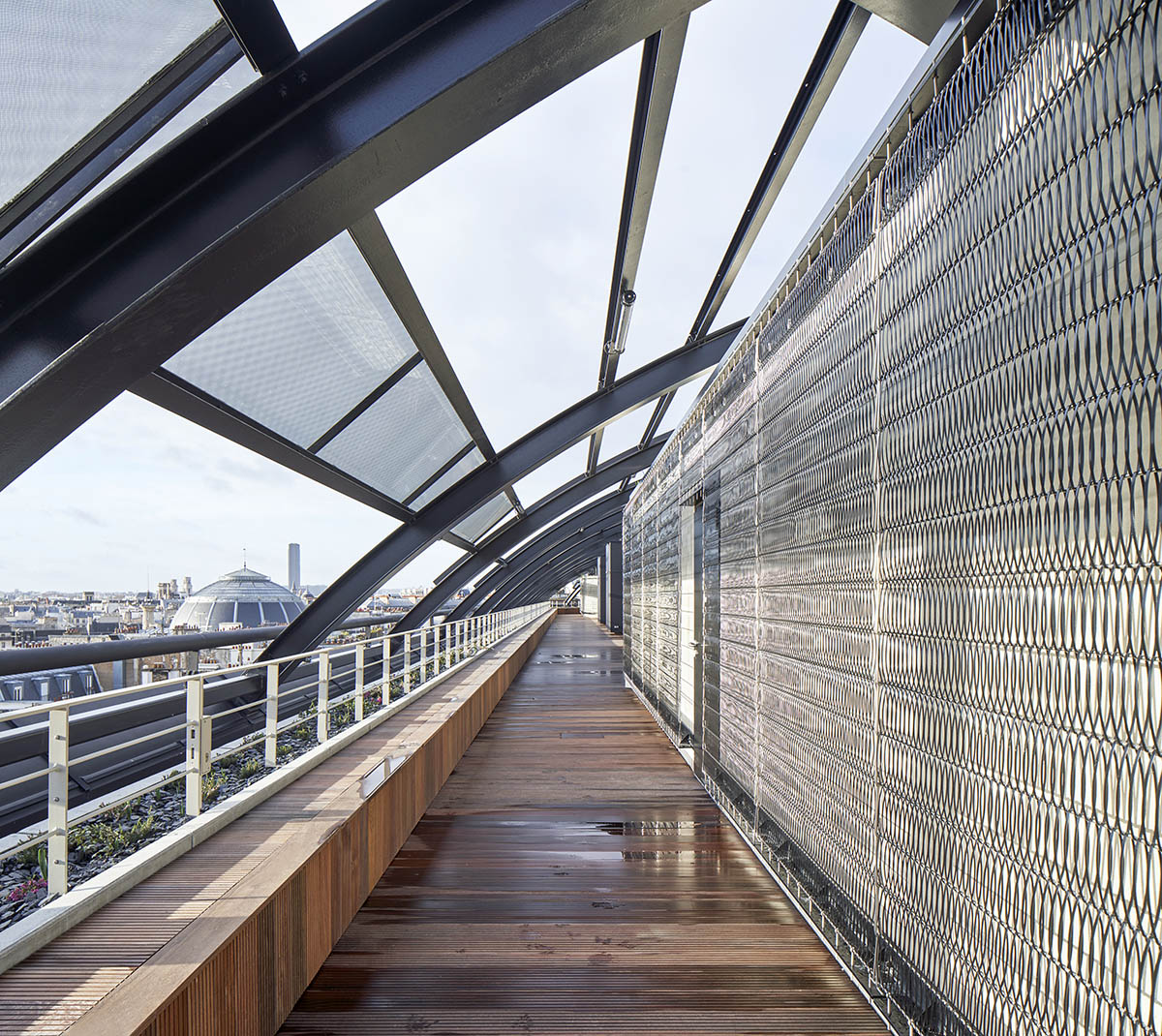 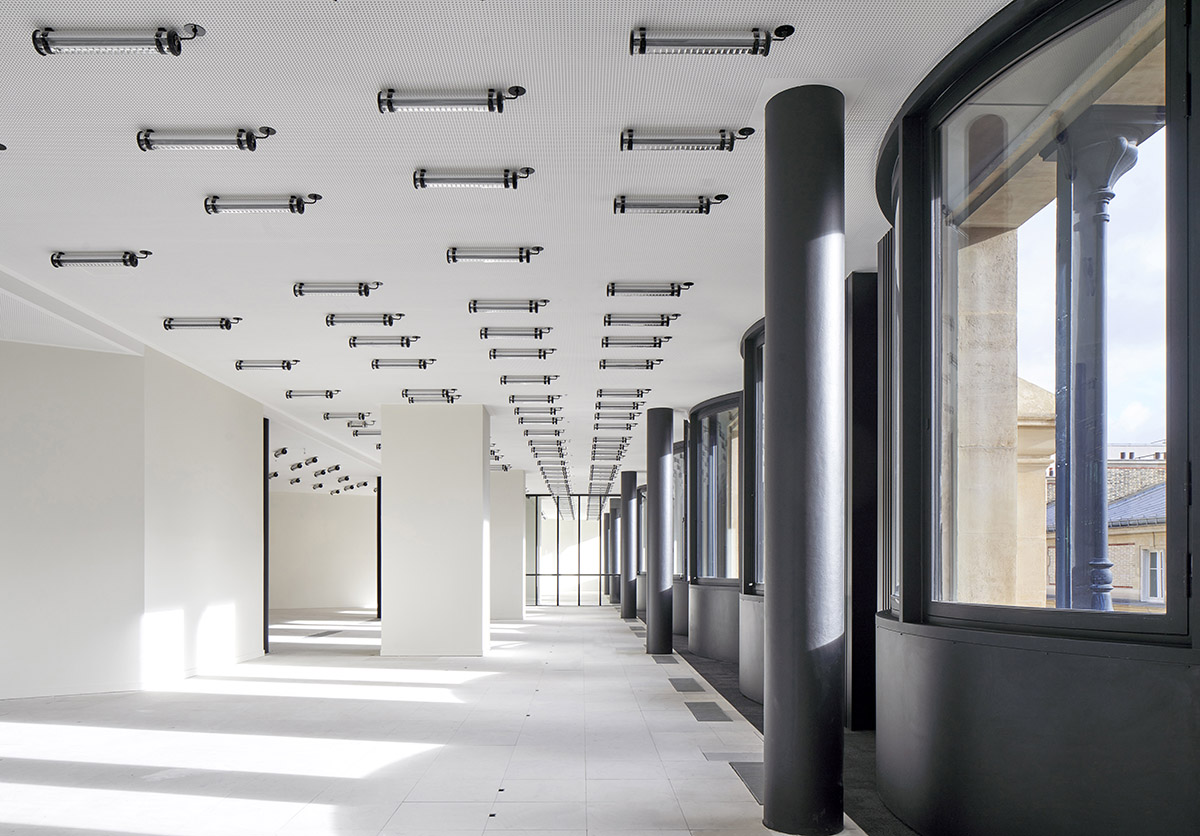 You can watch Dominique Perrault's live talk on WAC's IGTV.