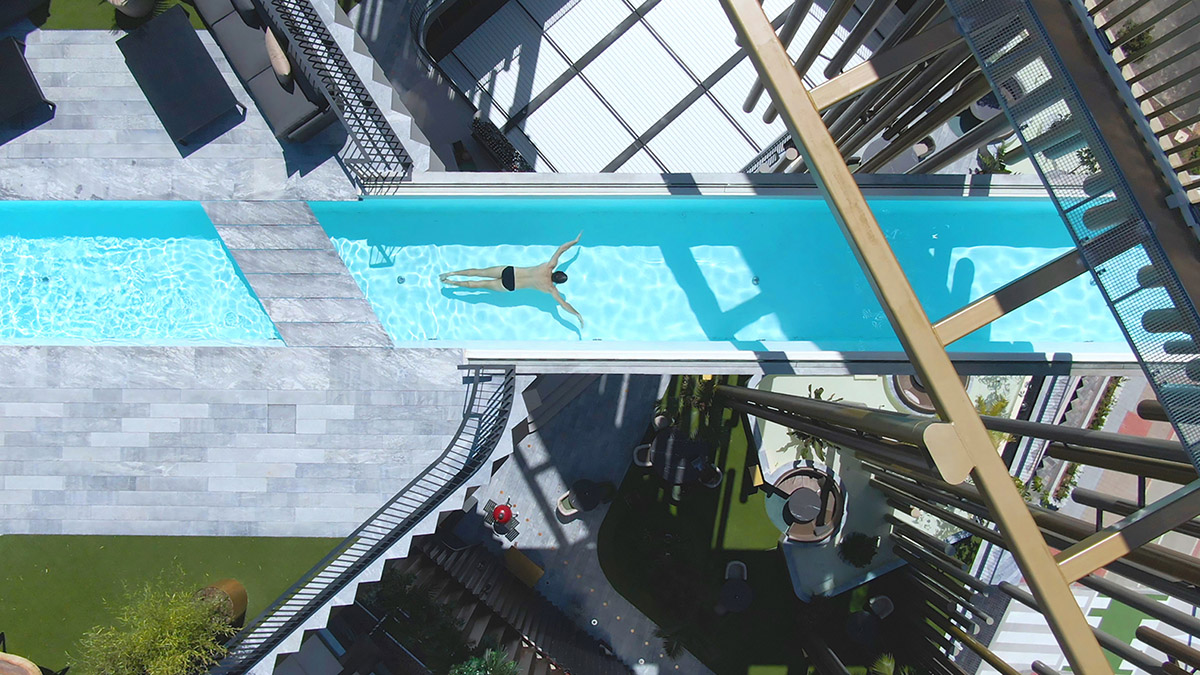 US and Spain-based architecture practice Clavel Arquitectos has designed a leisure complex that features a swimming pool cantilevering 22 metres from each side of its central concrete cores.

A 44-metre-long swimming pool is crossing the terrace on both sides and is perceived from the street.

Named Odiseo Gastronomic and Leisure Center, the 15,500-square-metre complex has emerged as a big urban leisure complex, including various program elements such as two restaurants, a nightclub, a performance hall, a casino, and a sports bar, as well as two parking levels underground. 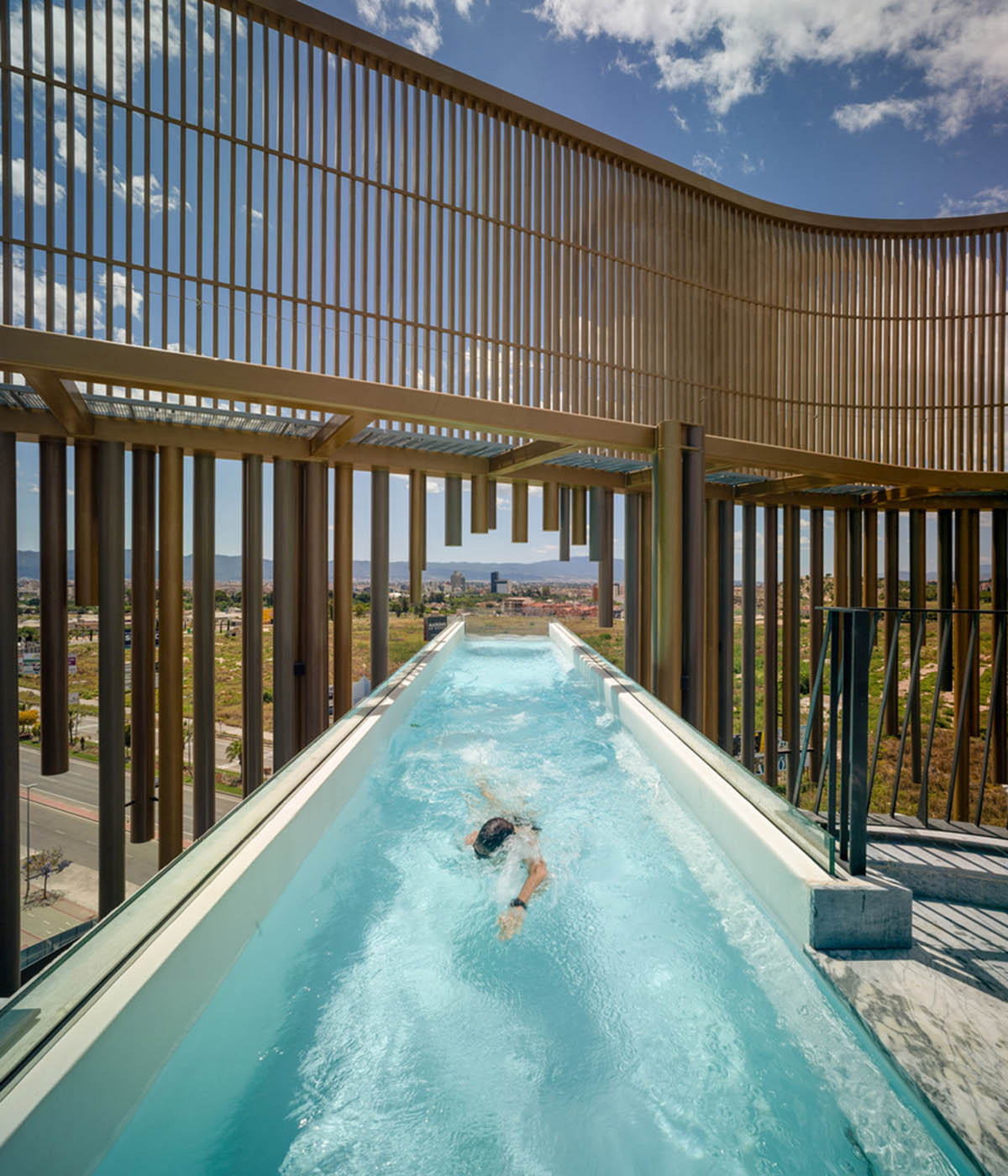 The complex was aimed to become a reference, not only for the city of Murcia, but for the entire southeast region of Spain. Its floating swimming pool is another key component of design that marks the building.

The complex creates like a cinematique feeling that you find yourself in a Hollywood movie. The boiling is located in one of the main entrances to the city, surrounded by high-speed roads - where the landscape is dominated by the billboards and logos of shopping malls and other businesses. 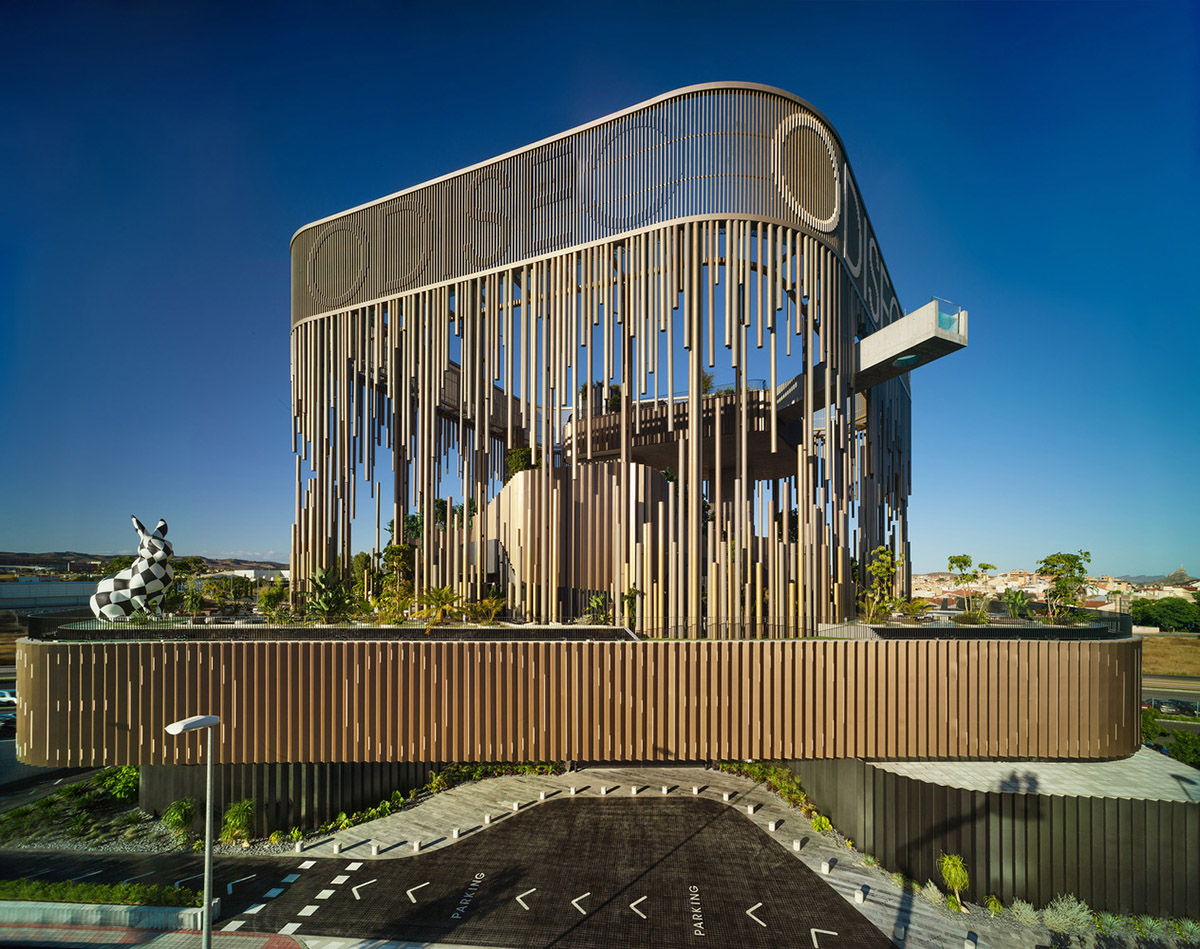 As the studio highlights, the building wants to visible as much as possible without appealing for external sign poles, becoming a colossal totem that houses air and vegetation, designed to be appreciated in motion and from a 360-degree angle.

The three-storey building is composed of two-level plinths, which are slightly shifted from each other, generating a large terrace on its roof. A pavilion-like restaurant is placed on the terrace where guests enjoy the city view. 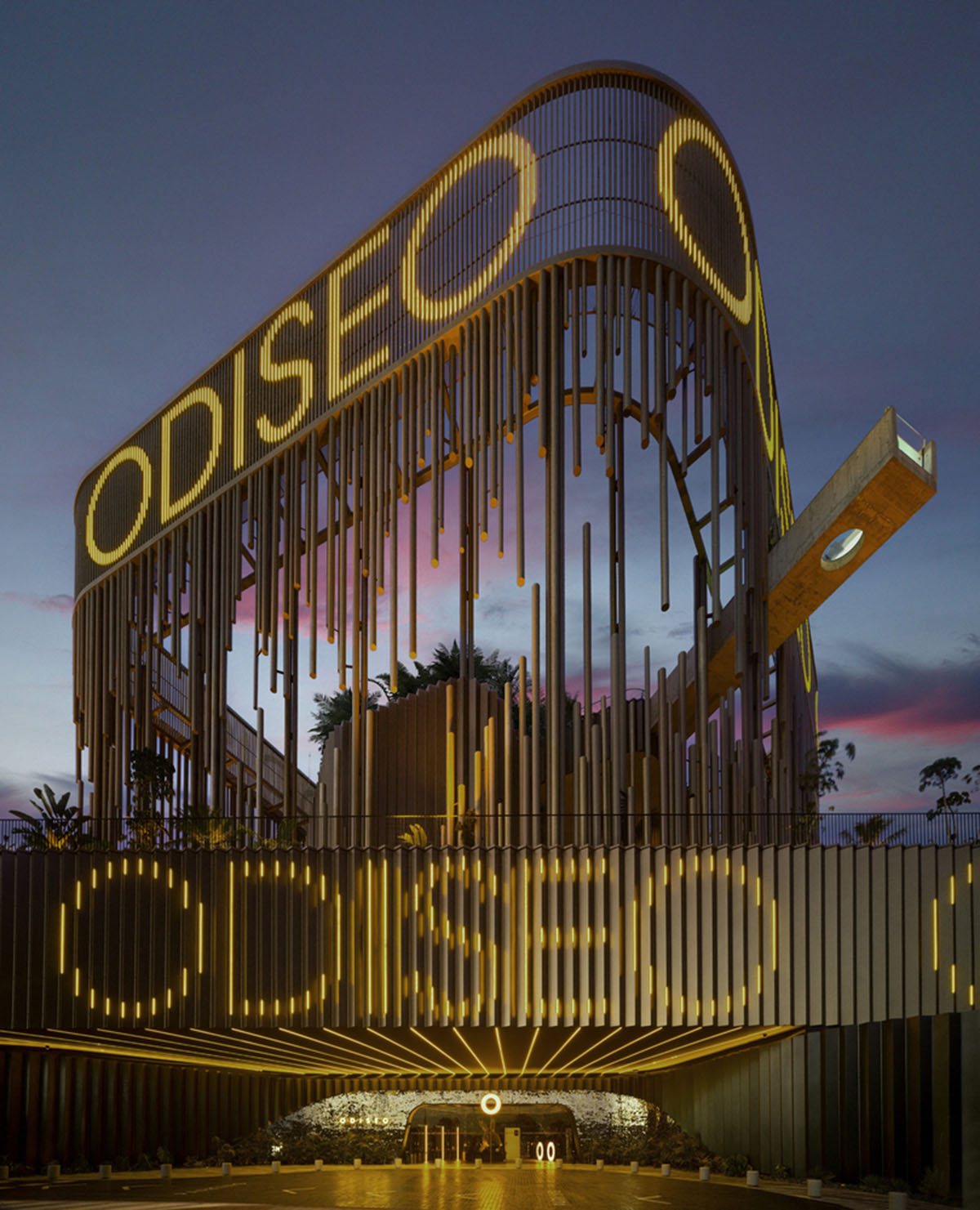 For the project, the architects put the user experience at the center of design apart from its main function of a leisure center.

The complex evokes feelings from the purely sensorial (comfort, the sound of water, reflections, textures) to the psychological (curiosity, amazement, expectation, surprise, smile ...). 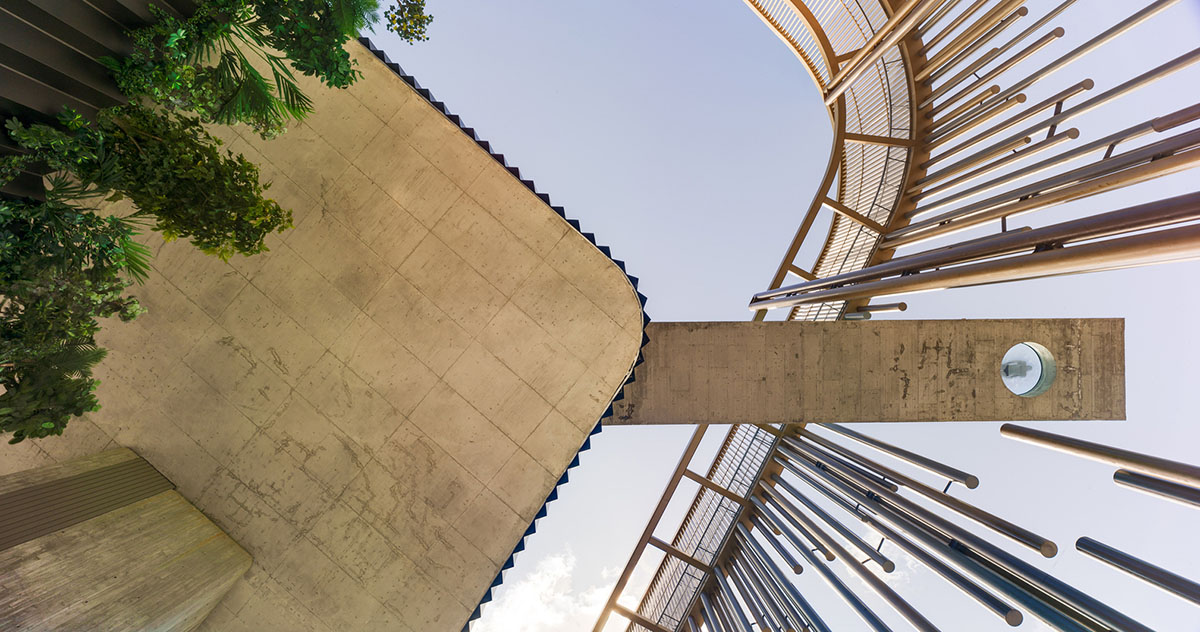 On top of the building, the studio wanted to create a “totem” shaped by a large latticework of metal tubes supporting the sign that crowns the building.

A cantilevered swimming pool is designed as part of the terrace, crossing the terrace on both sides, and supported only by two central concrete cores, generating flights of up to 22 meters in length. 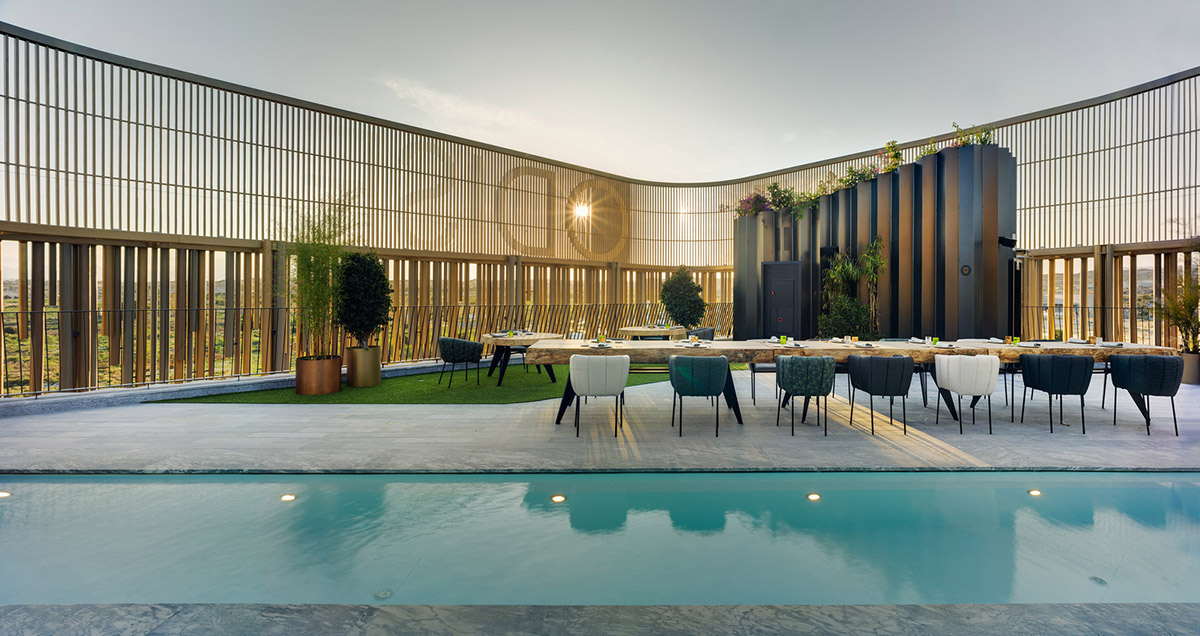 "A challenging and complex structural design, where singular structural resources become conventional, is ultimately used to generate a raised forest: sheets of water, vegetation, shade, ventilation... combine to create an ecosystem that defends the building from the strong climate of one of the sunniest cities in Europe, very focused on tourism," said Clavel Arquitectos.

Inside, the studio aimed to create independent worlds that are cozy, bold and dark textures, juxtaposed with each other, led by the restaurant space. 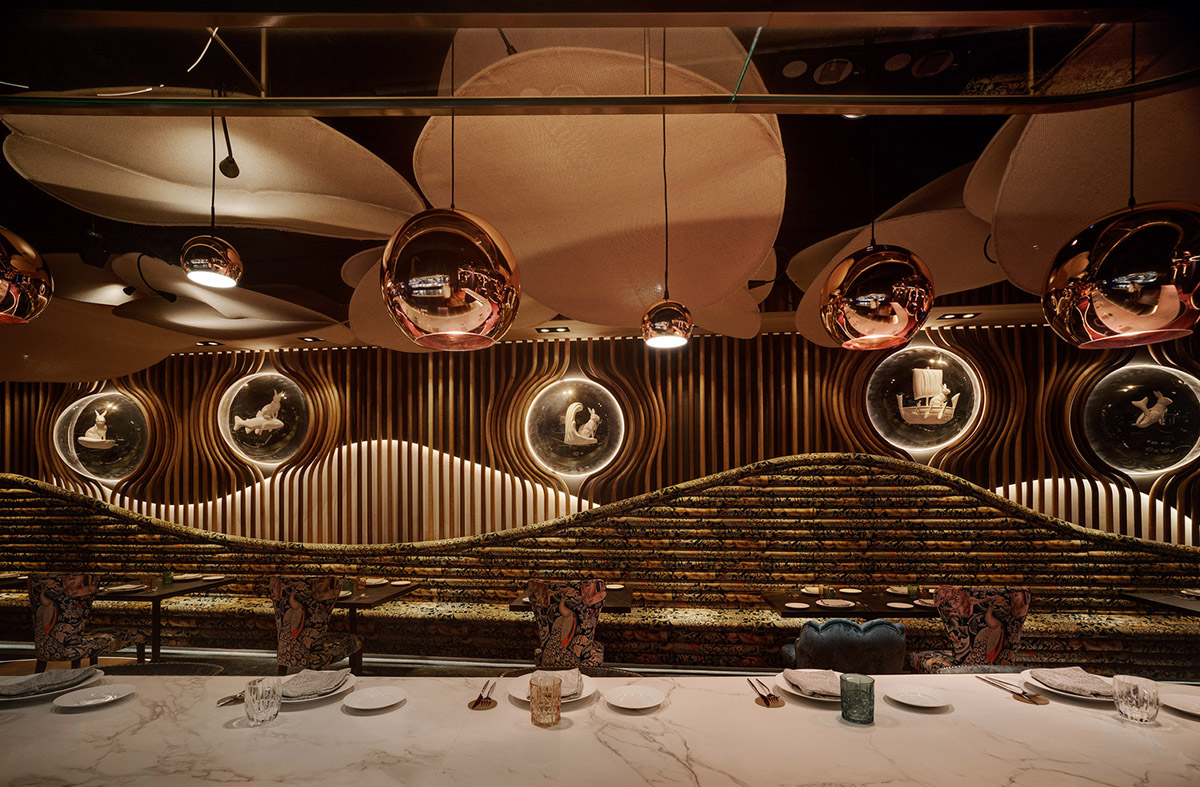 Inspired by the Mediterranean elements and Greek mythology, these two aspects also guided the design of the kitchen, while Greek mythology forms an accumulation of textures such as woods, gold and bronze, natural fibers, velvets, artisan ceramics - all are blended under deeply warm lighting and transmit to the user different perceptions of the beauty of this concept. 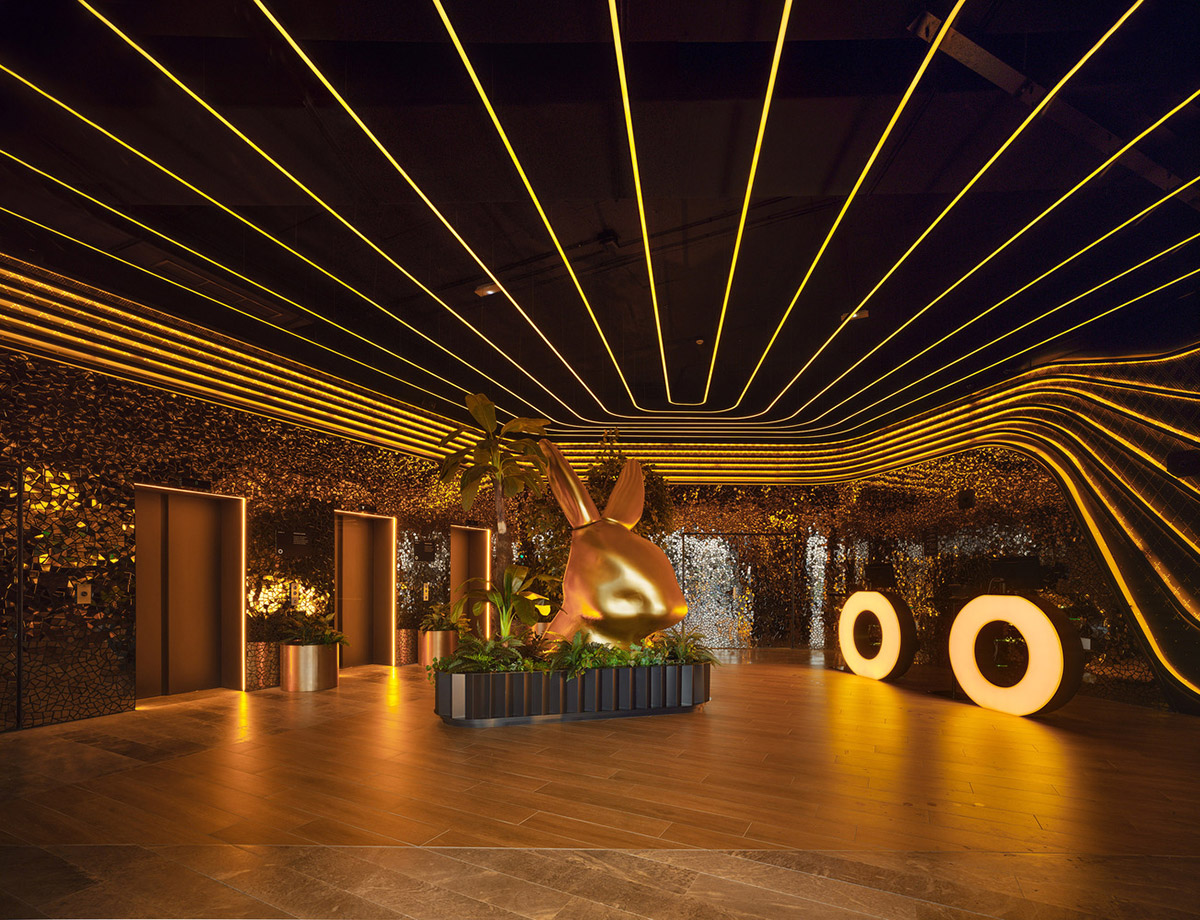 "The construction, financed exclusively with private money, has counted to a large extent on local talent and workers, based on a spirit of economic responsibility with the small city in which it is located, badly hit by the previous crisis," said the firm.

"Architecture, communication, and nature overlap to give character and livability to a previously inhospitable and charmless area of the city, creating an urban oasis with a domesticated climate open to all citizens." 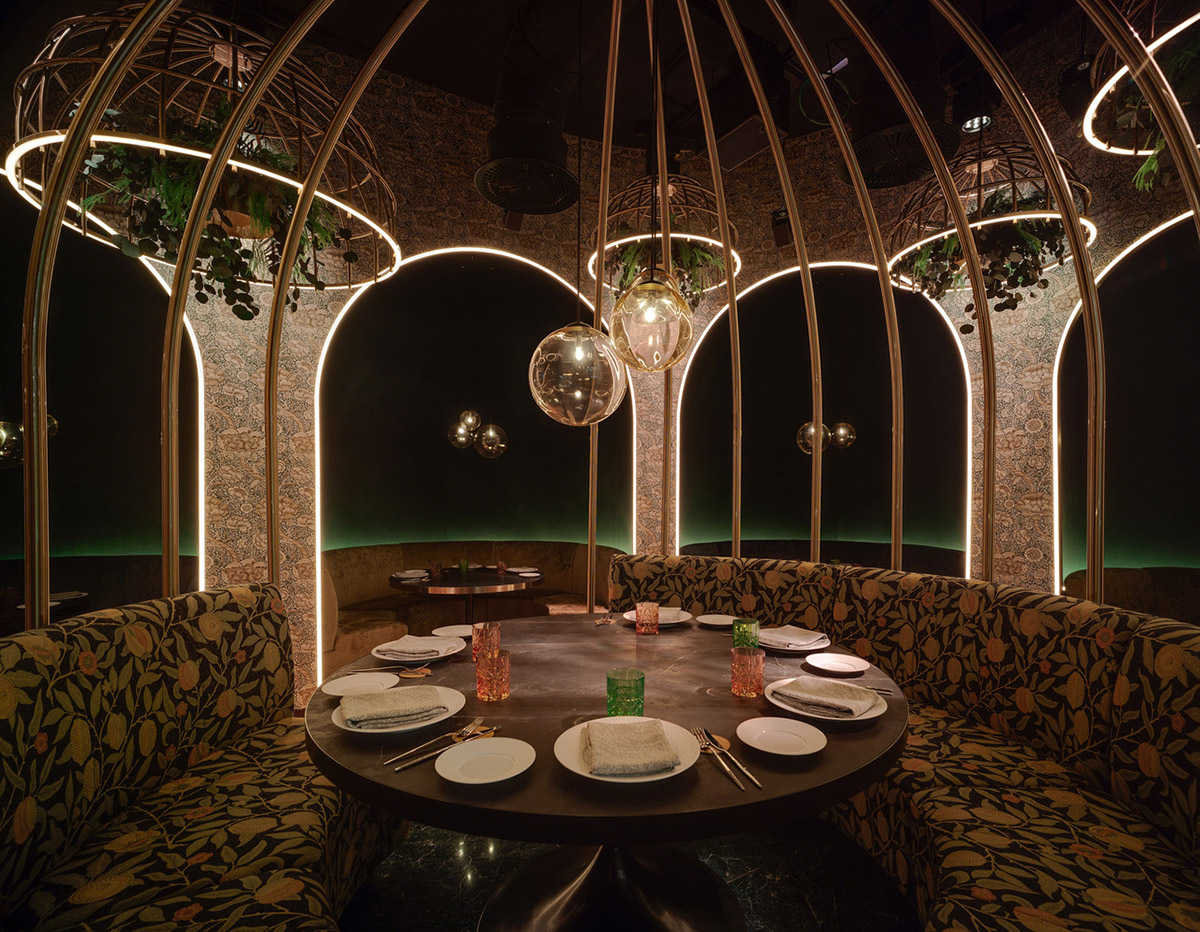 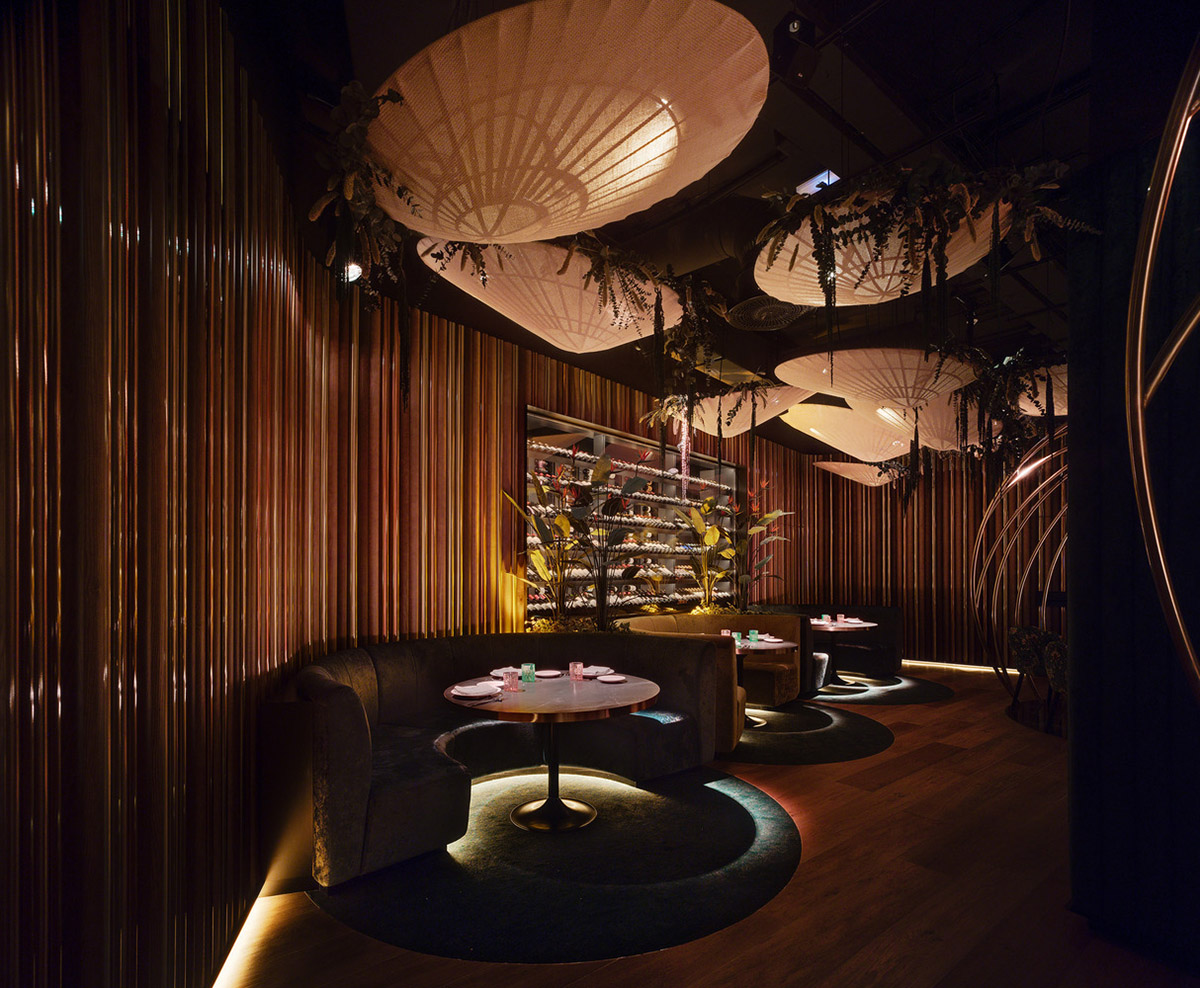 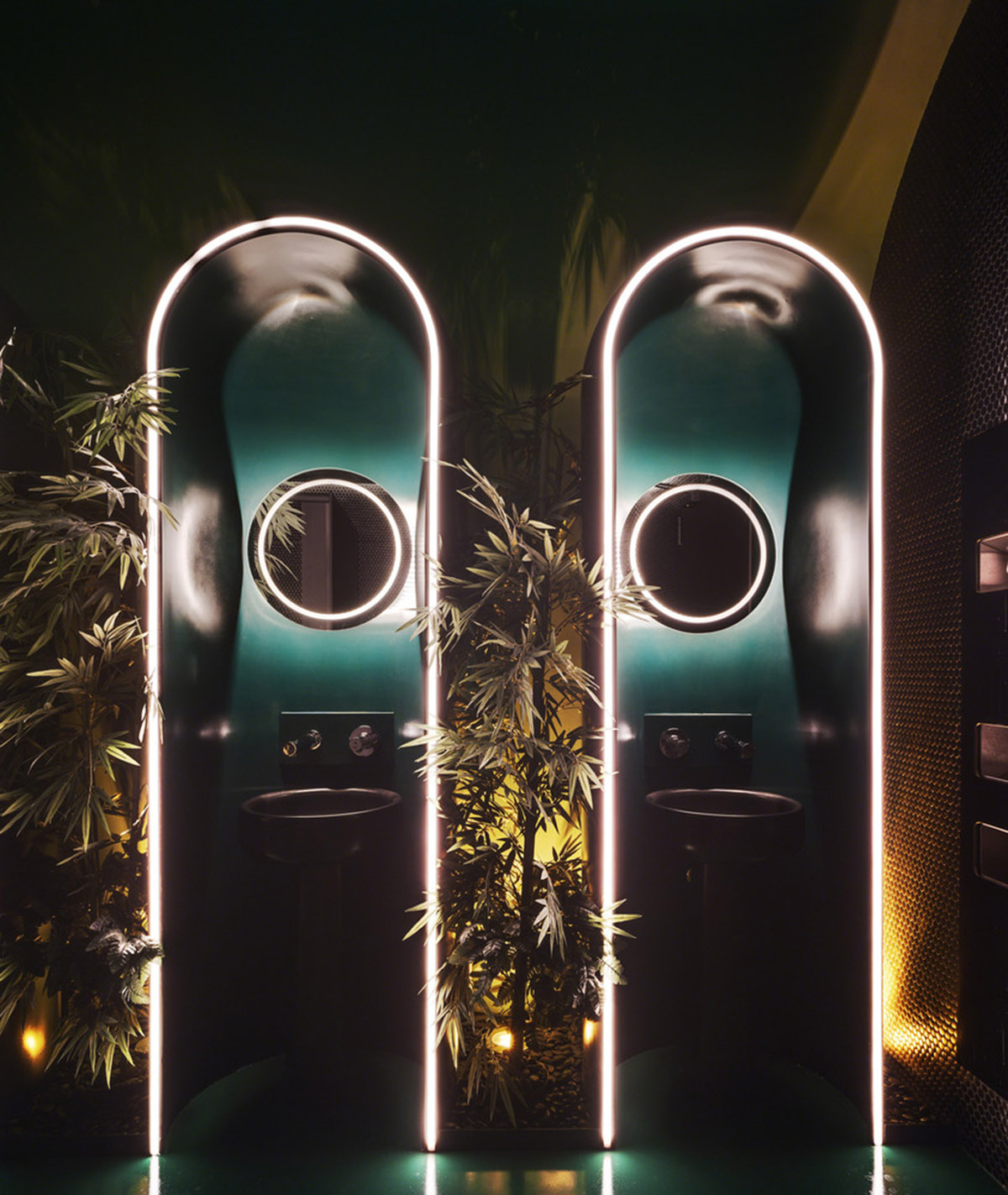 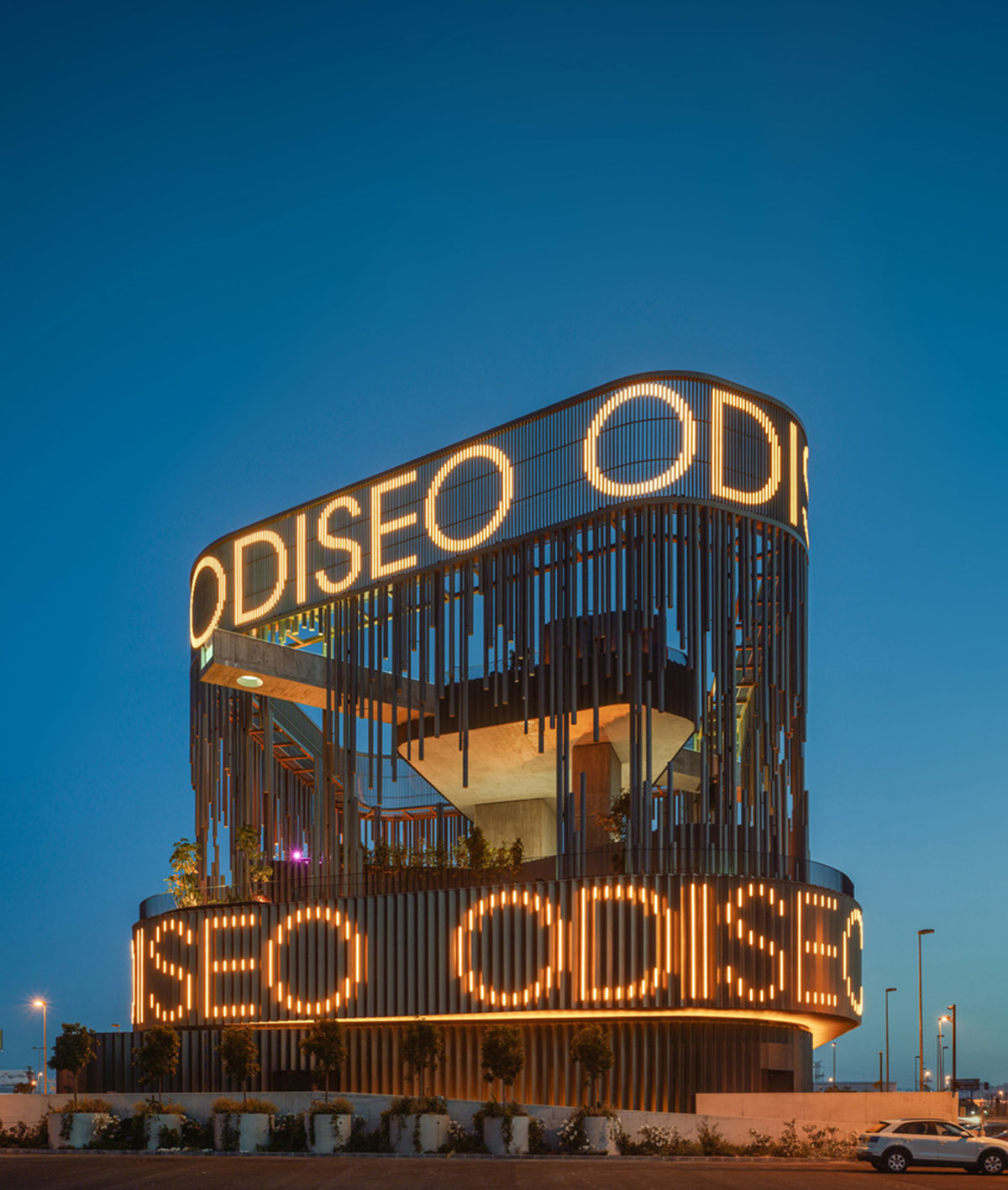 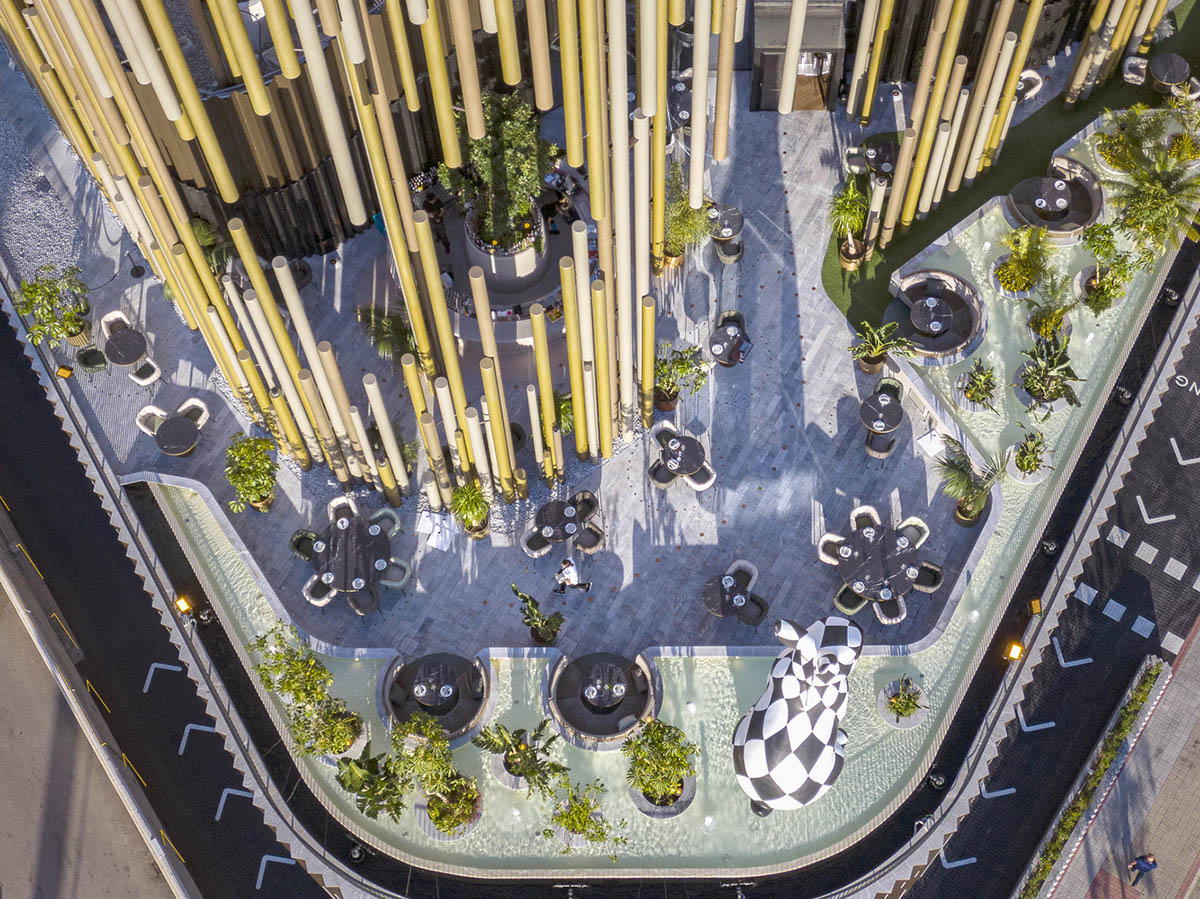 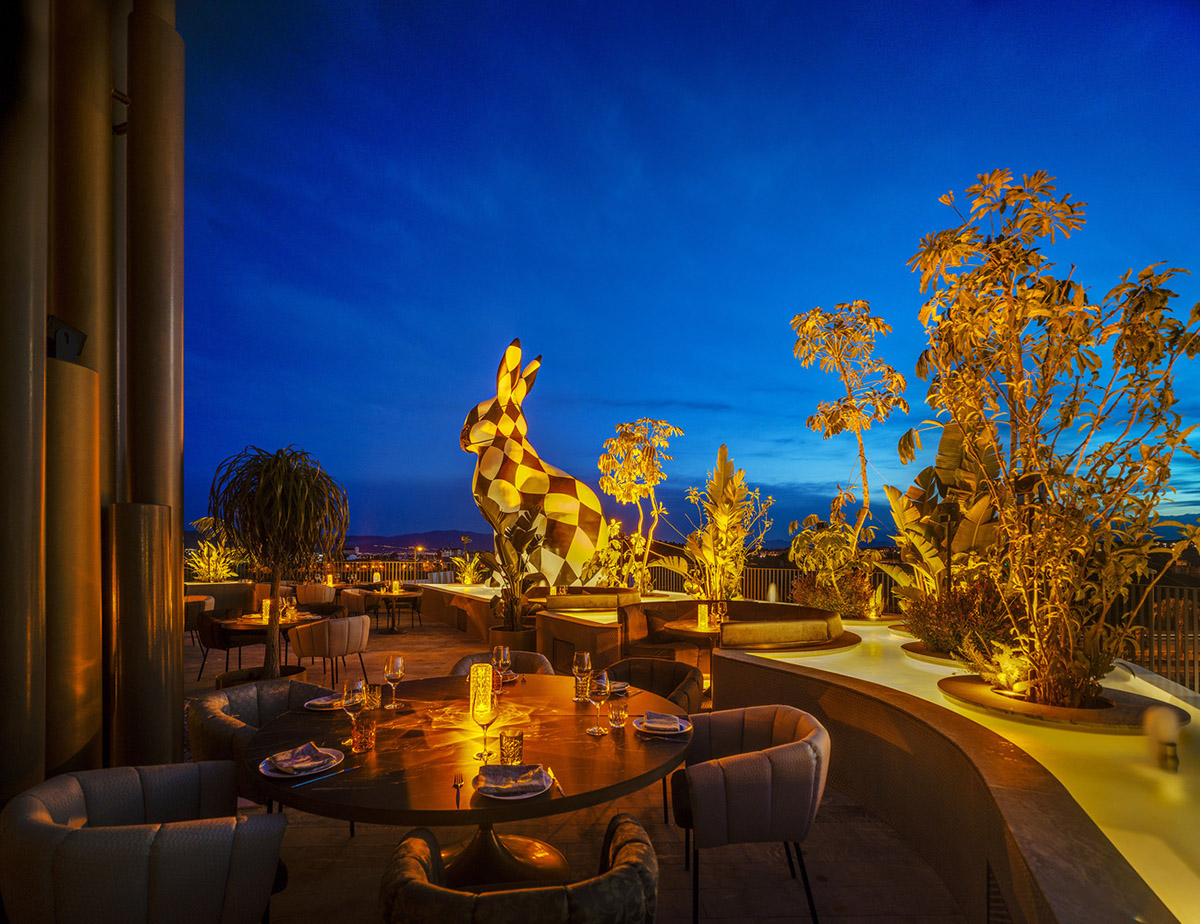 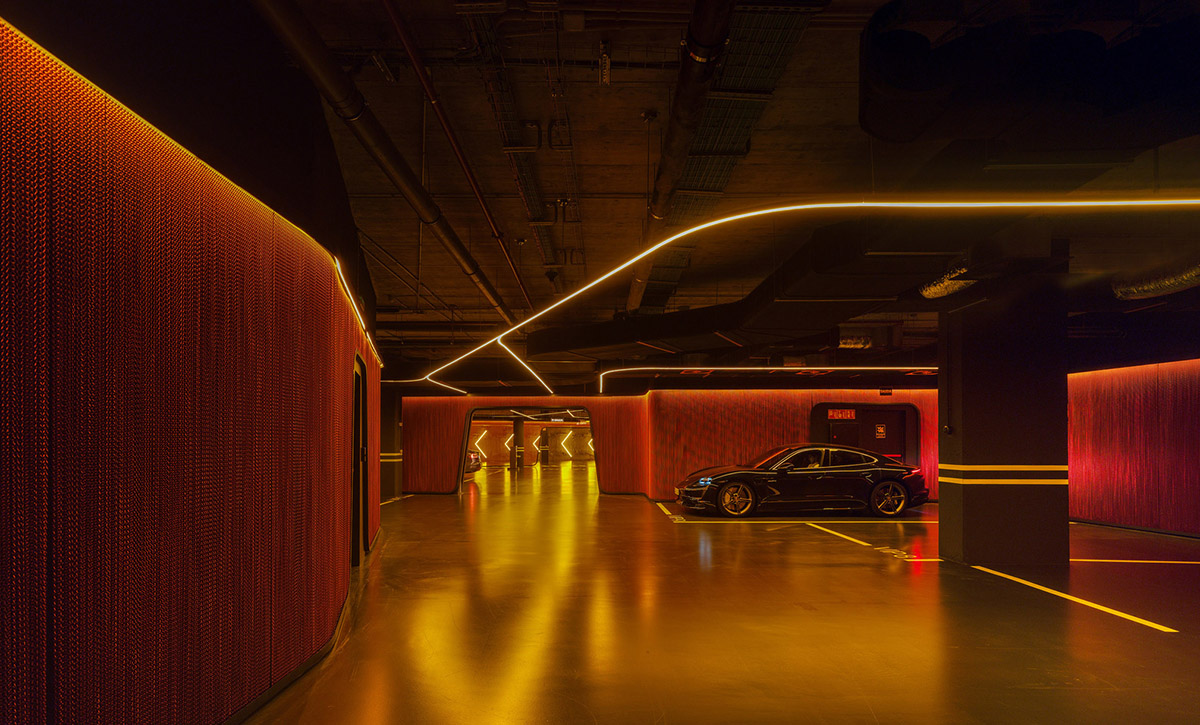 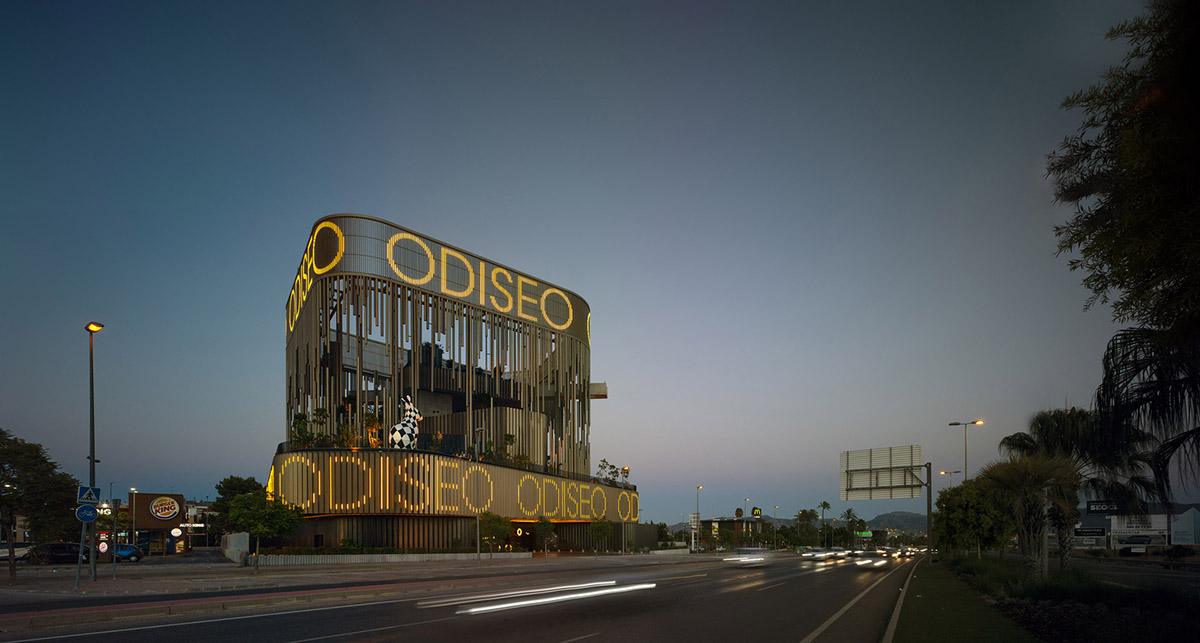 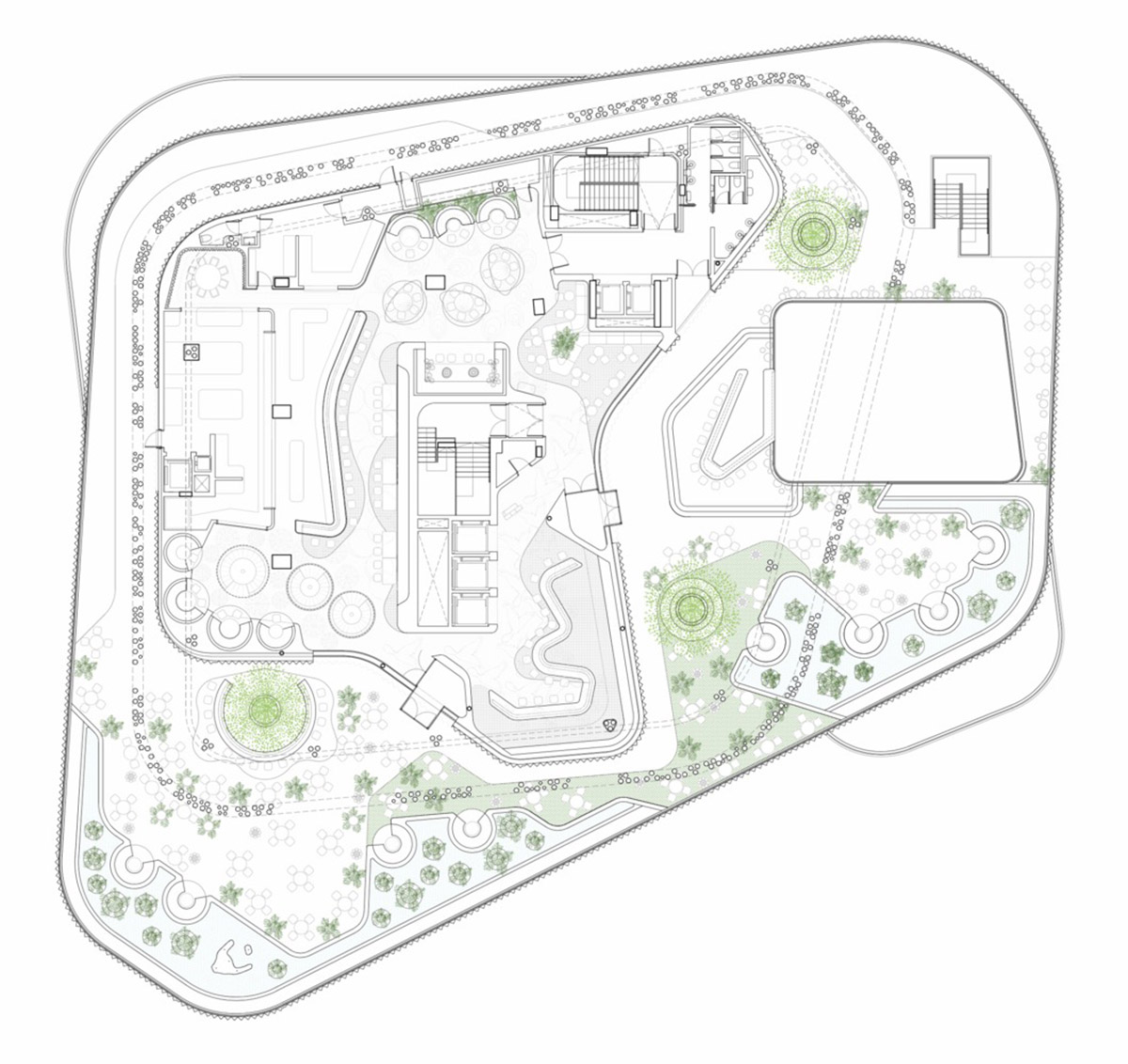 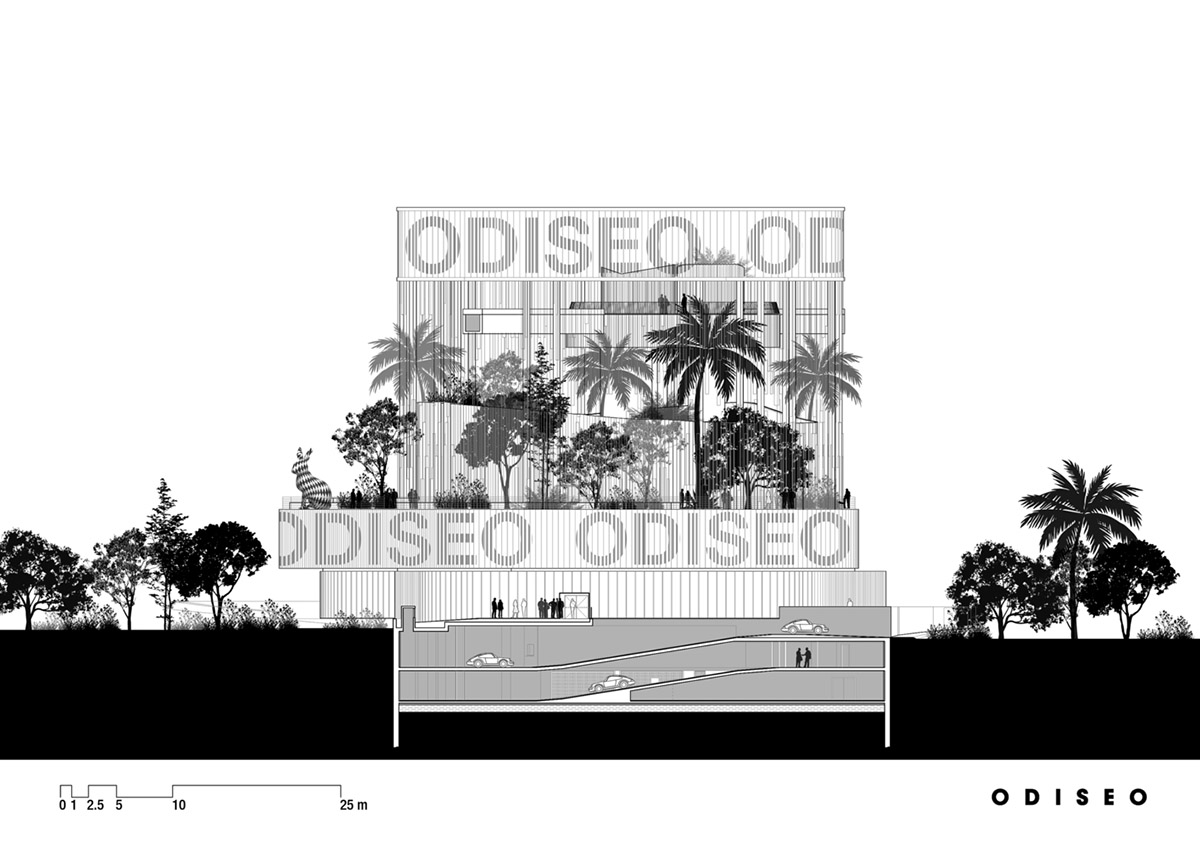 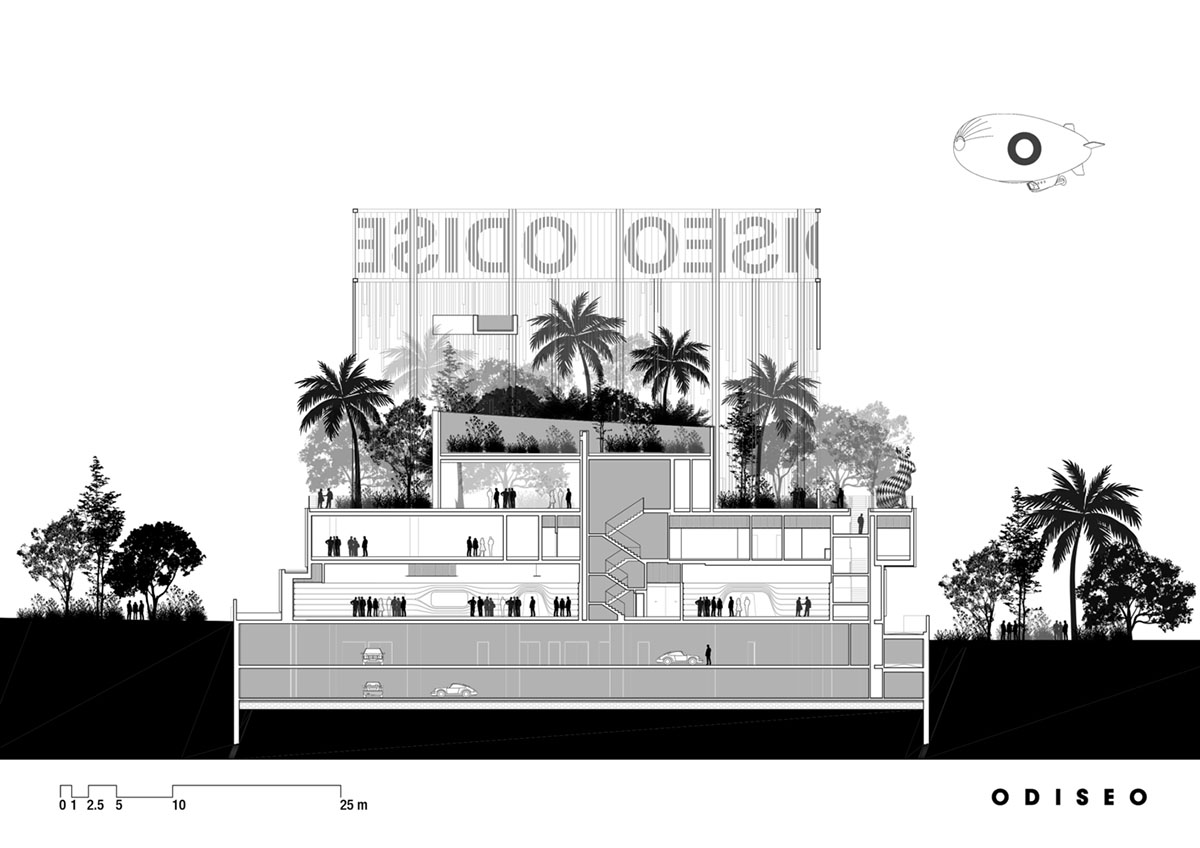