Richard Meier's name removed from the studio as firm restructures 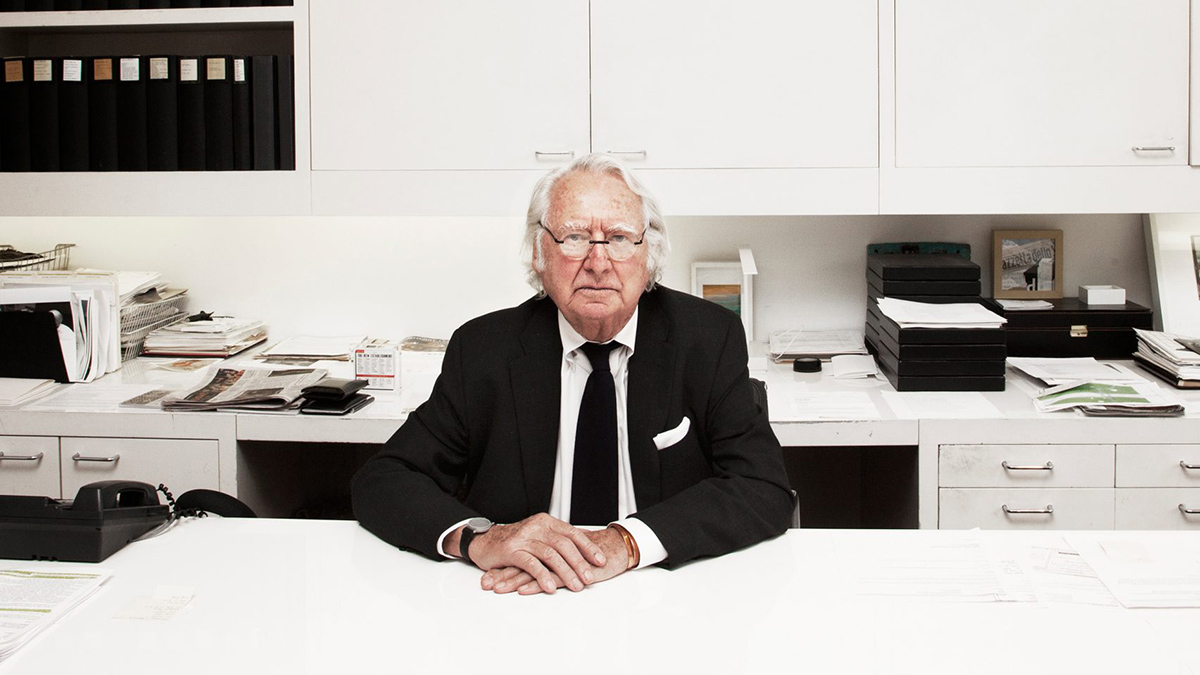 Pritzker Prize-winning architect Richard Meier's name has been removed from the studio and the firm announced the retirement of Richard Meier from the practice.

Previously known as Richard Meier & Partners Architects, which was founded by Richard Meier in 1963, the studio has restructured and changed its name to Meier Partners.

The major news, announced by the studio, came three years after Richard Meier was accused of sexual harassment claims by five women. In March of 2018, Meier temporarily left the firm for six months, and then in October of 2018 it was announced that he permanently stepped down his firm.

The rebranding of the firm sees significant changes with a new leadership structure. According to a press statement, this major change signals "an important new phase in the evolution of one of the world’s best-known architecture firms."

While Richard Meier will be available for consultation by clients upon request, Dukho Yeon has been named partner and lead designer of Meier Partners after 30 years of distinguished work at the firm.

"As leaders of Meier Partners, Yeon and Miller will expand on the firm’s rich legacy of more than half a century of visionary design. They remain committed to creating uplifting architecture, distinguished by the features that have long been the hallmark of the practice: an emphasis on lyrical composition, a passion for exquisite materiality, and a reverence for natural light," stated Meier Partners.

"Each Meier Partners building will continue to engage in an eloquent dialogue with its surroundings, striving for a positive social and environmental impact on the community in which it is built."

Within thin rebranding, Ana Meier, Richard Meier's daughter, furniture designer, will continue to serve as an advisor to Meier Partners and will spearhead a new research initiative in collaboration with Dukho Yeon.

Palladino will continue to collaborate with Meier Partners on select projects as a consulting partner.

"It is an honor to have the opportunity to help lead this legendary firm. Meier Partners stands for a design ethic that remains as vital as ever, realized today by a diverse, energetic, and extraordinarily talented staff of professionals who are enthusiastic about applying the firm’s deep base of knowledge to forward-looking purposes," said George Miller.

"I am excited to see the remarkable work being done under a vanguard of designers led by Dukho Yeon," Miller added.

"The future we envision at Meier Partners will build on our proven record of exceptional architecture to create work that is both relevant for our time and meaningful to society," said Dukho Yeon.

"We are committed to creating studio-crafted designs that become immersive architectural experiences that bring back optimism and inspiration, especially after the past year of global challenges. Our talented and fast-growing, reinvigorated team is working on a new generation of projects that I am confident will evolve our legacy and redefine the firm and the industry as we move forward," Yeon added.

"Over the last two decades, our Los Angeles studio has designed a broad range of buildings in the United States and overseas. Along with state-of-the-art drawing, modeling, and rendering tools, our team relies heavily on sketches and hand-crafted models to communicate our vision through all phases of the design," said Michael Palladino.

"The name change to STUDIOpractice represents a way of working and is an acknowledgment of our dedicated team of architects and designers, who have worked together for years with a shared vision for inspiring architecture. We look forward to continuing the relationship with our colleagues in New York through targeted opportunities and collaborations," added Palladino.

The firm has projects recently completed and currently on the boards in South America, Europe, Asia, and across the United States, including 685 First Avenue and 1 Waterline Square in New York City, a corporate headquarters tower in Seoul, a resort master plan in Marbella, Spain, with hotels, condominiums, townhouses, and villas; residential buildings in Jesolo, Italy; and Solol Museum for Modern Art in Gangneung, Korea.

After these accusations, Richard Meier had said that "I am deeply troubled and embarrassed by the accounts of several women who were offended by my words and actions." “While our recollections may differ, I sincerely apologize to anyone who was offended by my behaviour."

Richard Meier, 86, was born in Newark, New Jersey. Meier is one of renowned modernist architects who is best known for his prominent use of the colour white on the buildings' facades.

When he won the Pritzker Architecture Prize in 1984, he was the youngest architect, who received the prize at the age of 49. Meier was awarded the RIBA Royal Gold Medal in 1988, the AIA Gold Medal and the Praemium Imperiale in 1997.