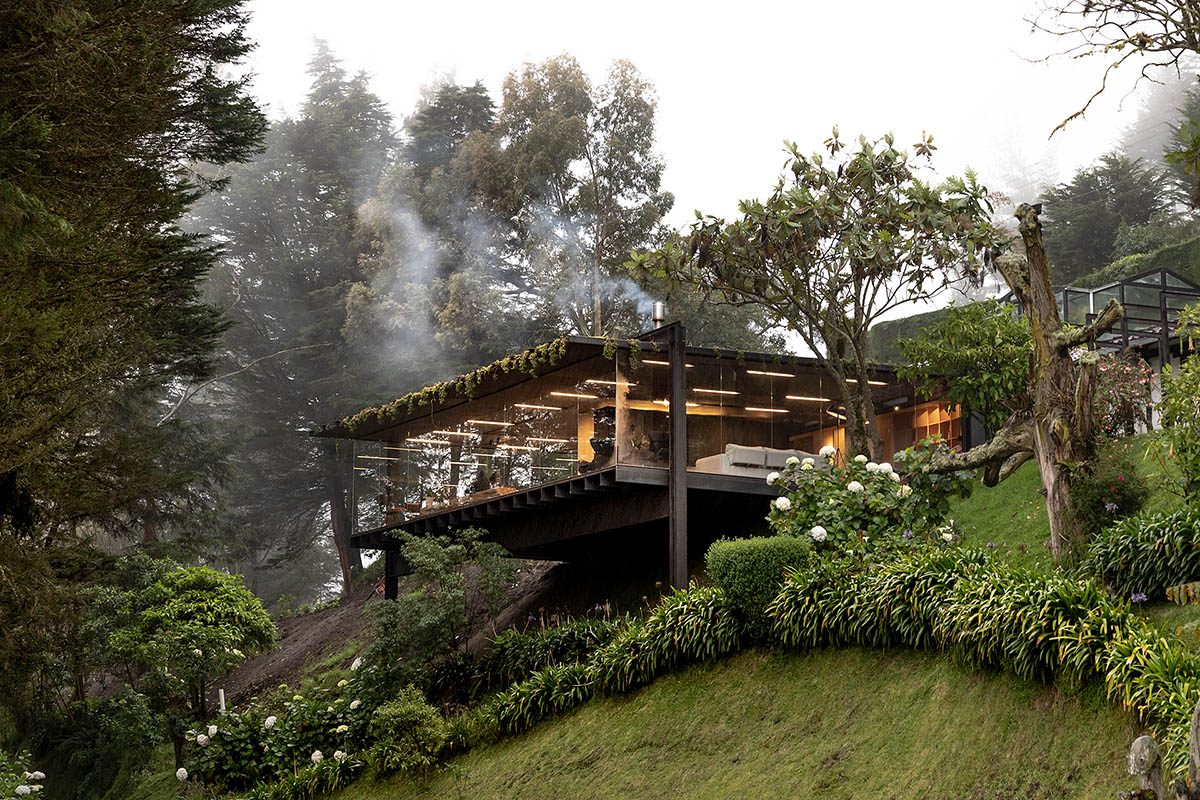 Quito-based architecture practice RAMA estudio has built a glazed retreat that gently sits on a slope overlooking the lush valley in Pichincha, Ecuador.

Named Mirador House, the 190-square-metre house was designed for a family who want to stay longer in a new place during the lockdown. The first conceptual idea of this house emerged in the covid period in which it allowed many families to reevaluate their lifestyles and connection with nature.

The owners of this house maintained a “nomadic” lifestyle and they were visiting Ecuador for short and sporadic periods of time. They were staying in a small 65-square-metre suite, in which they had a room with a full bathroom and a multifunctional space that included a "bedroom" for their two daughters. 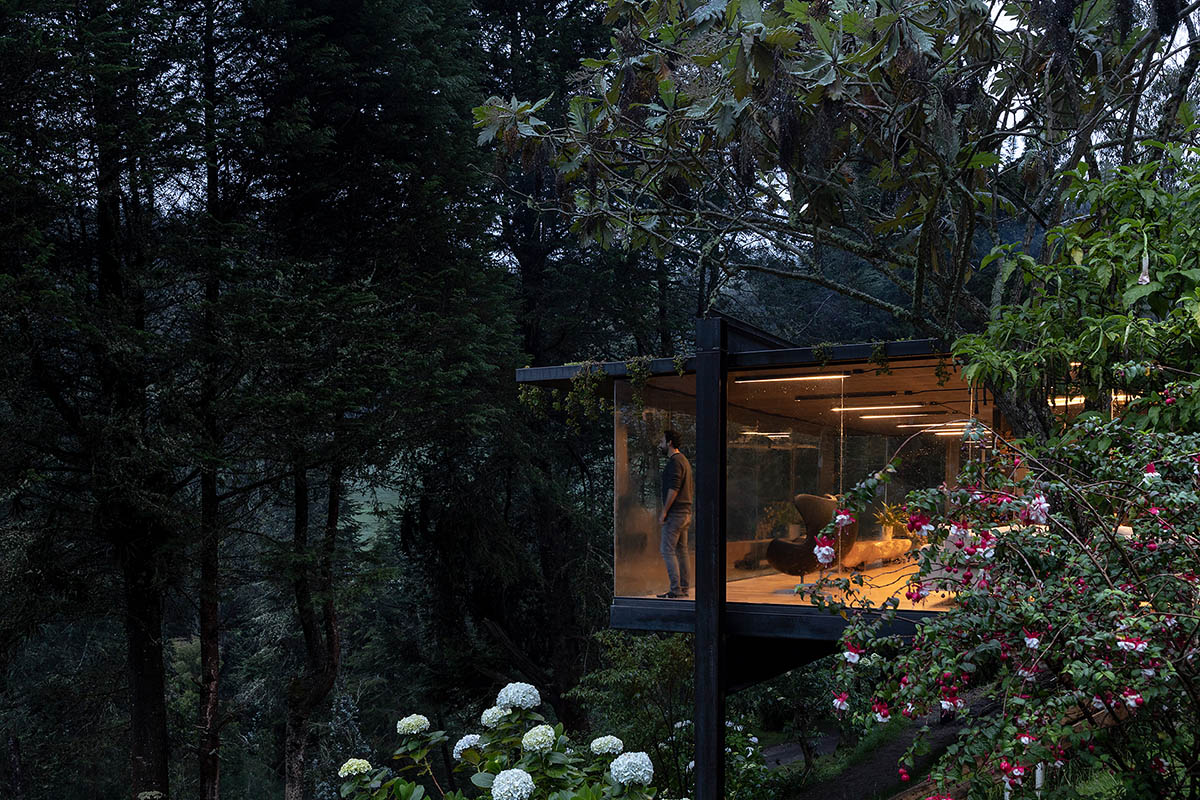 The family commissioned RAMA estudio to expand their existing house for social areas, include comfortable and independent bedrooms for the daughters, and take advantage of the view of the site.

As RAMA estudio explains, "as a special requirement, the work had to start immediately and had to be built in no more than three months." 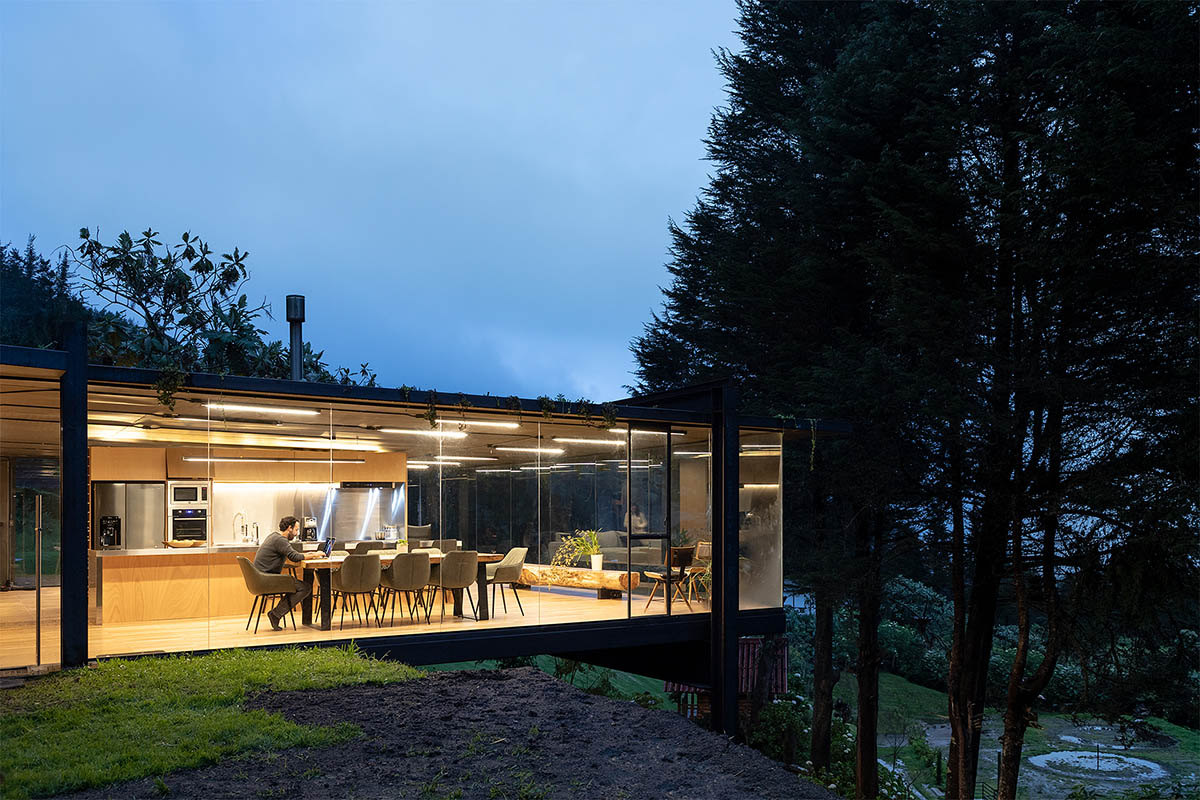 "We thought about an industrially prefabricated piece that blends well with the environment and subtly sits on the ground, attaching itself to the existing construction," said RAMA estudio.

"The natural environment is understood as an envelope of the building which is placed over the slope overlooking the valley. There is no soil disturbance nor vegetation degradation." 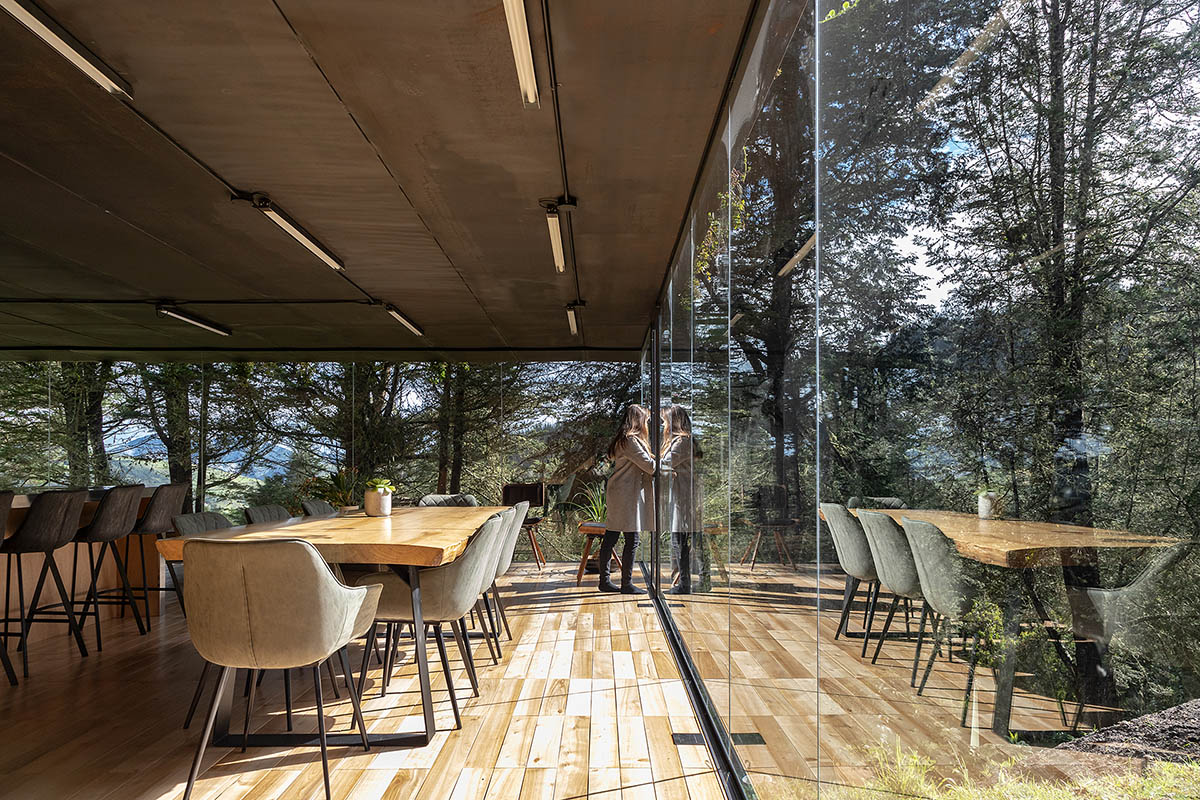 Comprising a single volume, the house has been manufactured and installed quickly while the intervention in the existing building is prompt and efficient. Once the construction is complete, the architects placed all furnitures and paneling for each space considering the elegantly use of space. All the furnishings should have complemented the space.

The team designed a system of metal channels supported by two porticoes for the house. "These channels work as the structure for both the floor and the roof which is thermally insulated and allows for vegetation to grow," the studio added. 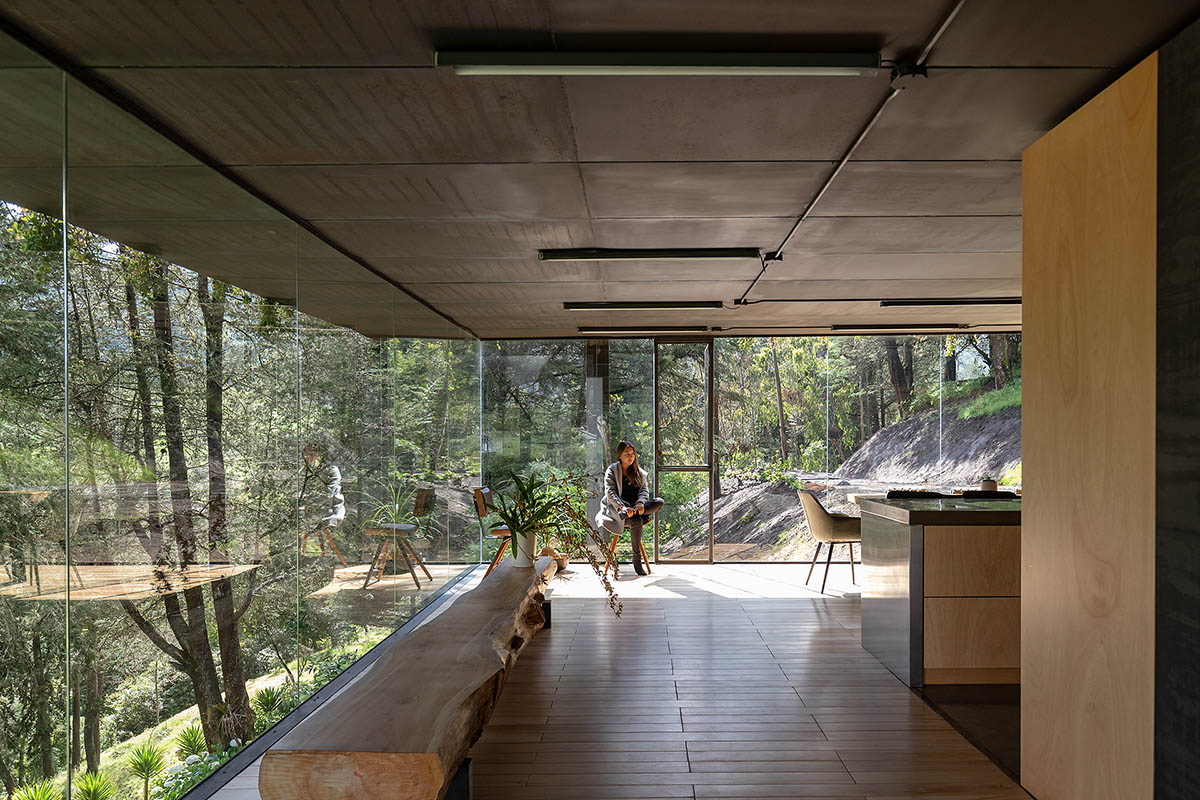 As this structure requires a minimal foundation, the house almost doesn't create a soil disturbance. Considering a tight schedule for for construction, there was very little time for its manufacturing and assembly.

Mirador House has three openings that are covered with tempered glass. Floor and ceiling elements frame the view and allow the nature of the environment to surround the space. The existing vegetation generates enough privacy to maintain transparency around the entire perimeter. 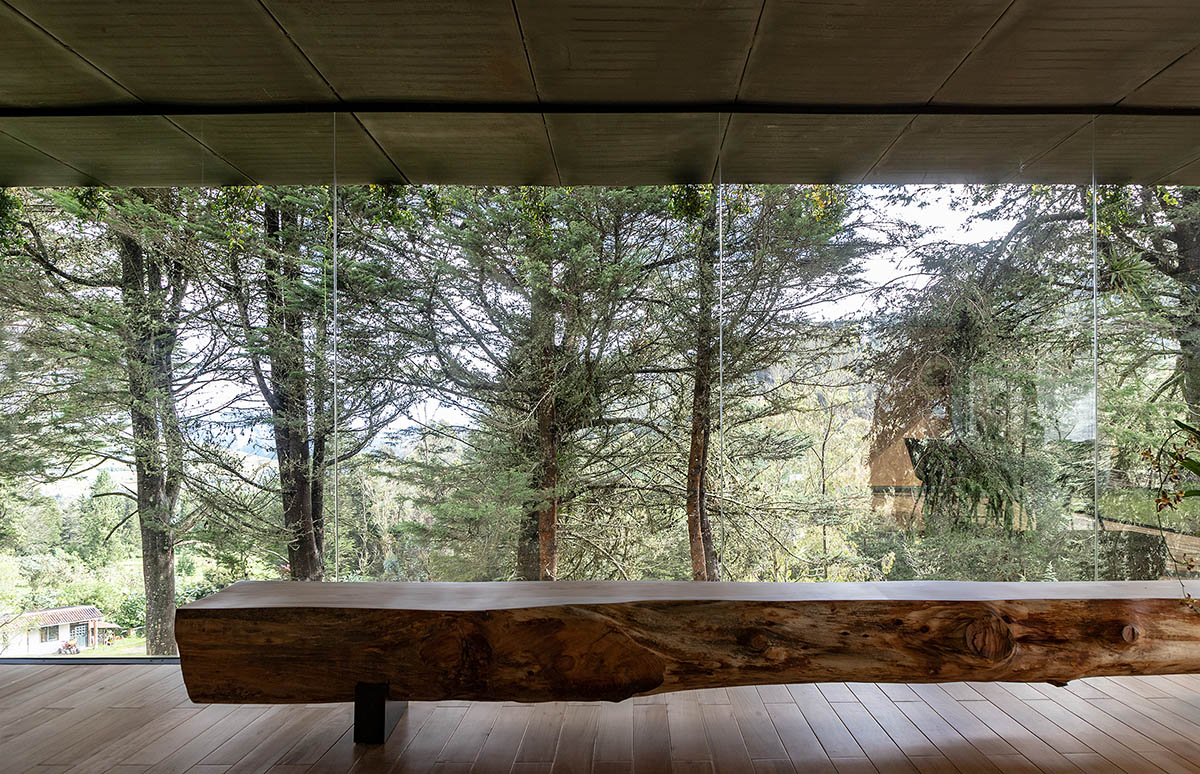 At the same time, the walls of the front façade of the existing construction are eliminated to create a space that links to the new construction.

This space is a series of regular modules build with plywood panels that run from end to end to generate storage, decorative surfaces, as well as a permeable and semi-transparent screen towards the bedrooms. Five sliding panels of the same material are installed at the front of this furniture and can be placed anywhere according to the needs of the users. 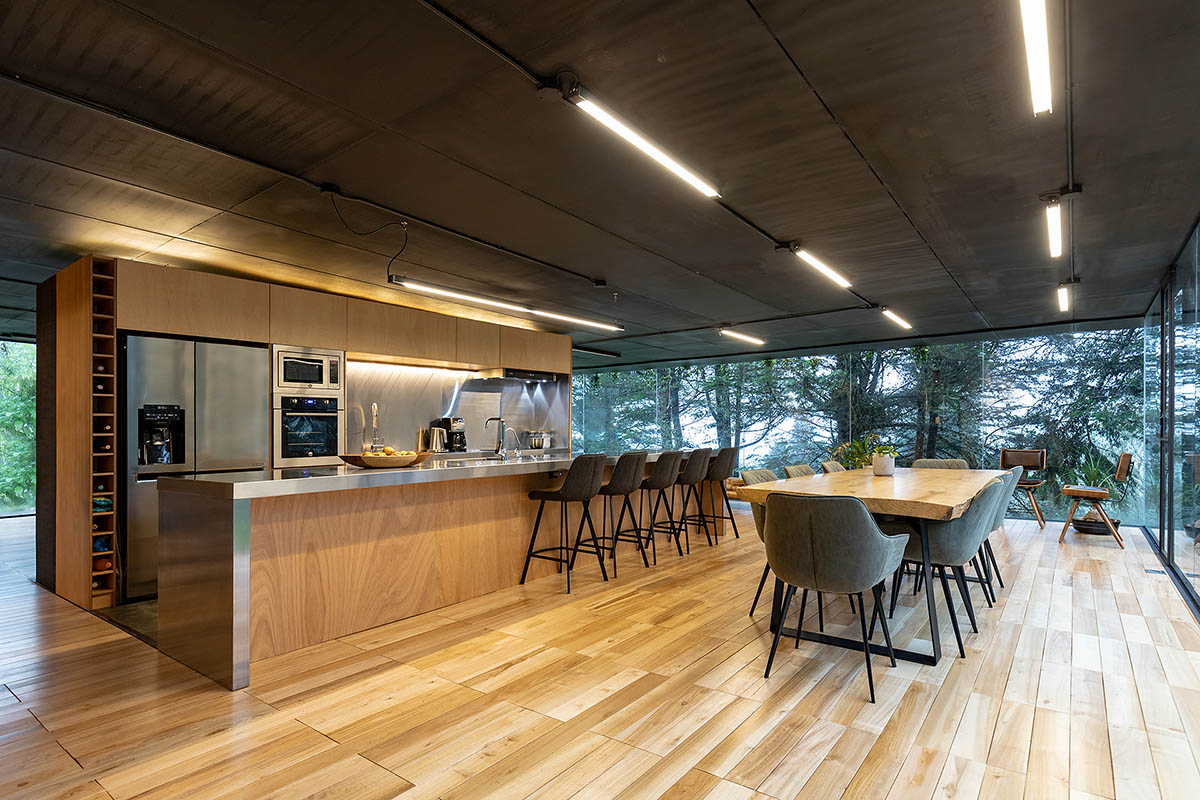 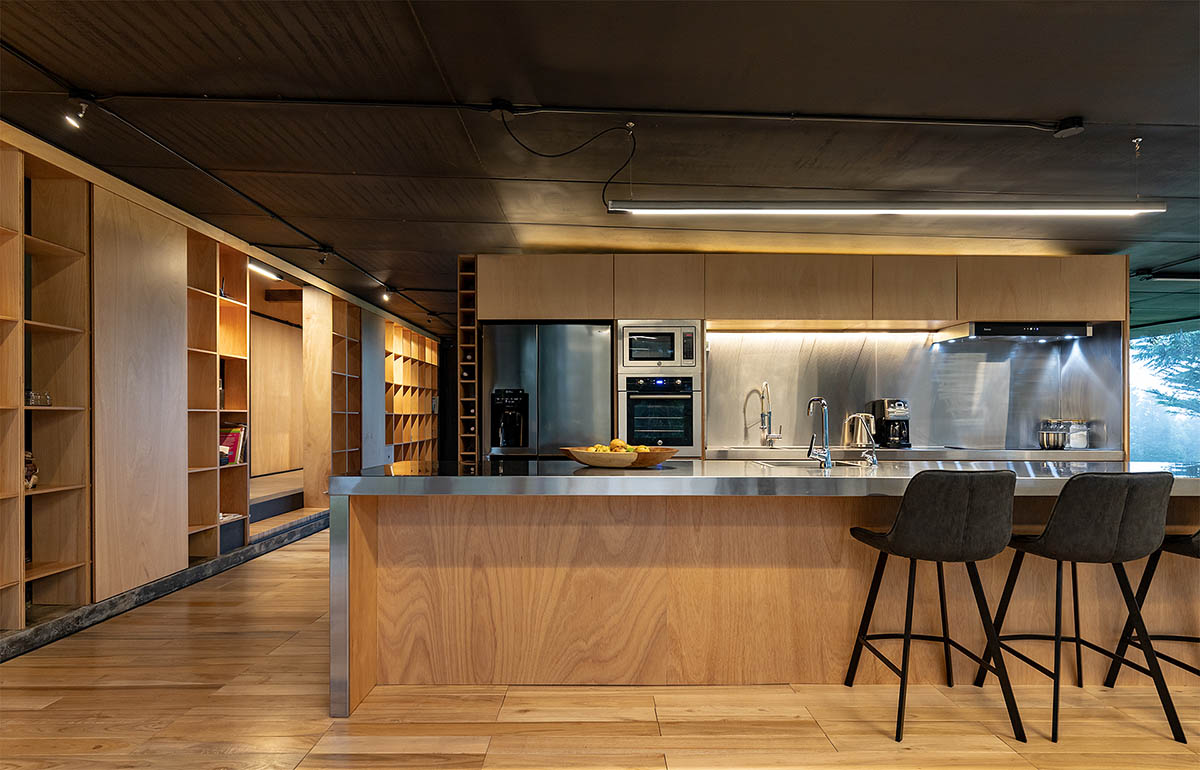 The kitchen consists of one module, which contains all the appliances and cabinets, as well as an island that works as a countertop and a dinette. This central piece of furniture allows for fluid and continuous circulation throughout the space, and for all the installations to be centralized inside this piece. 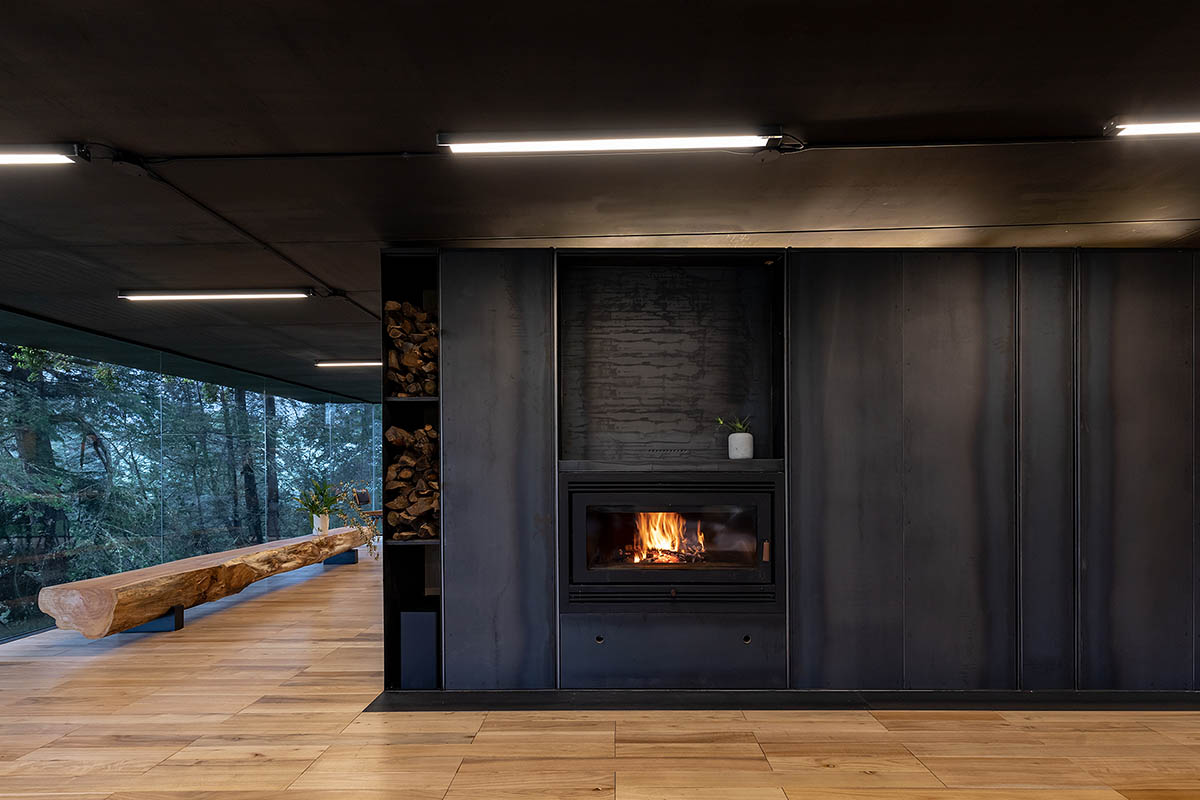 Regarding the intervention in the existing construction, the bedrooms and bathroom are configured by light paneling made of plywood and metal sheets. This paneling contains thermal acoustic insulation to improve comfort in bedrooms and bathrooms. Within these areas, there is placed a single piece of furniture that contains a desk, storage space, and a murphy bed to take advantage of the internal space of the bedrooms.

The house has an underfloor heating system in the social area and kitchen to maintain comfortable temperatures in the space without sacrificing the transparency of the facades. The project was completed in only three months and ready to be inhabited. "During construction, no vegetation was damaged, and no material was wasted," said the studio.

"All material that could be reused from the demolition of the façade was sorted for later usage and the rubble was used to improve the ground in areas surrounding the building. Doors and windows were also carefully stored." 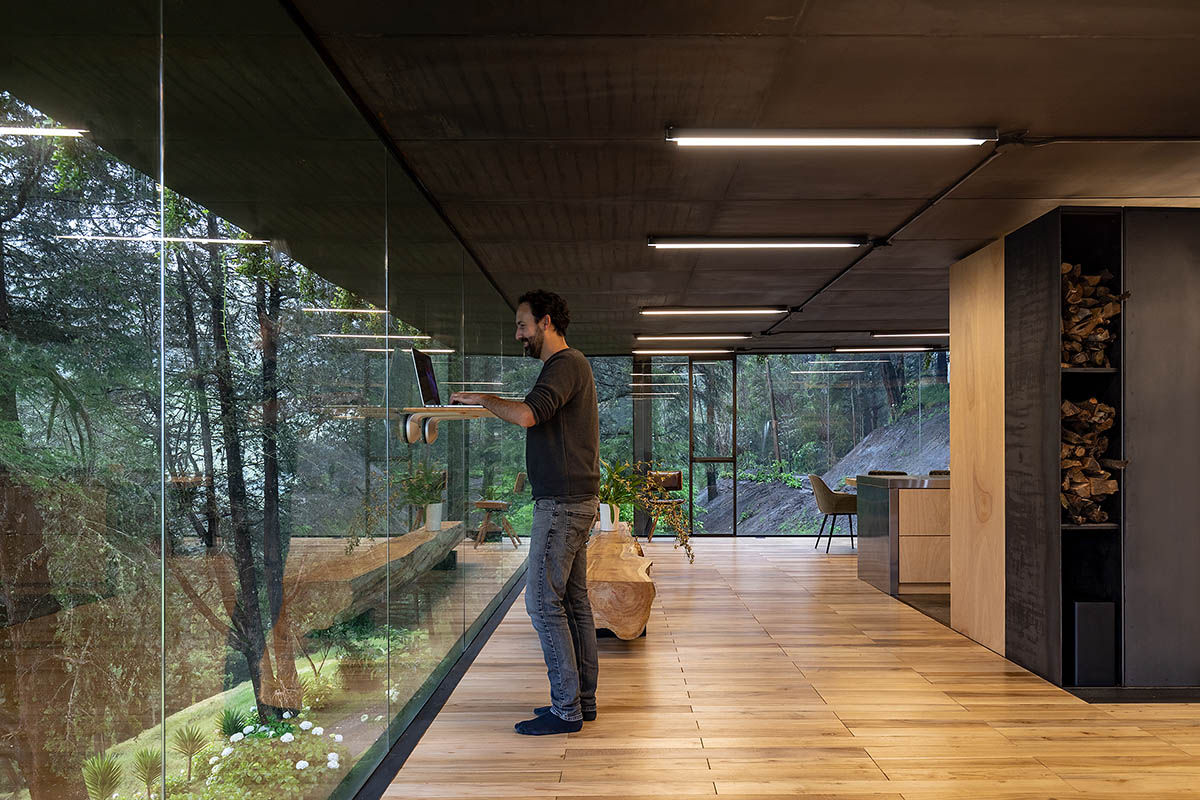 The house has also a septic tank for wastewater, which makes it independent from the sewage system, and a stormwater system that improves the drainage of rainwater in the surroundings. 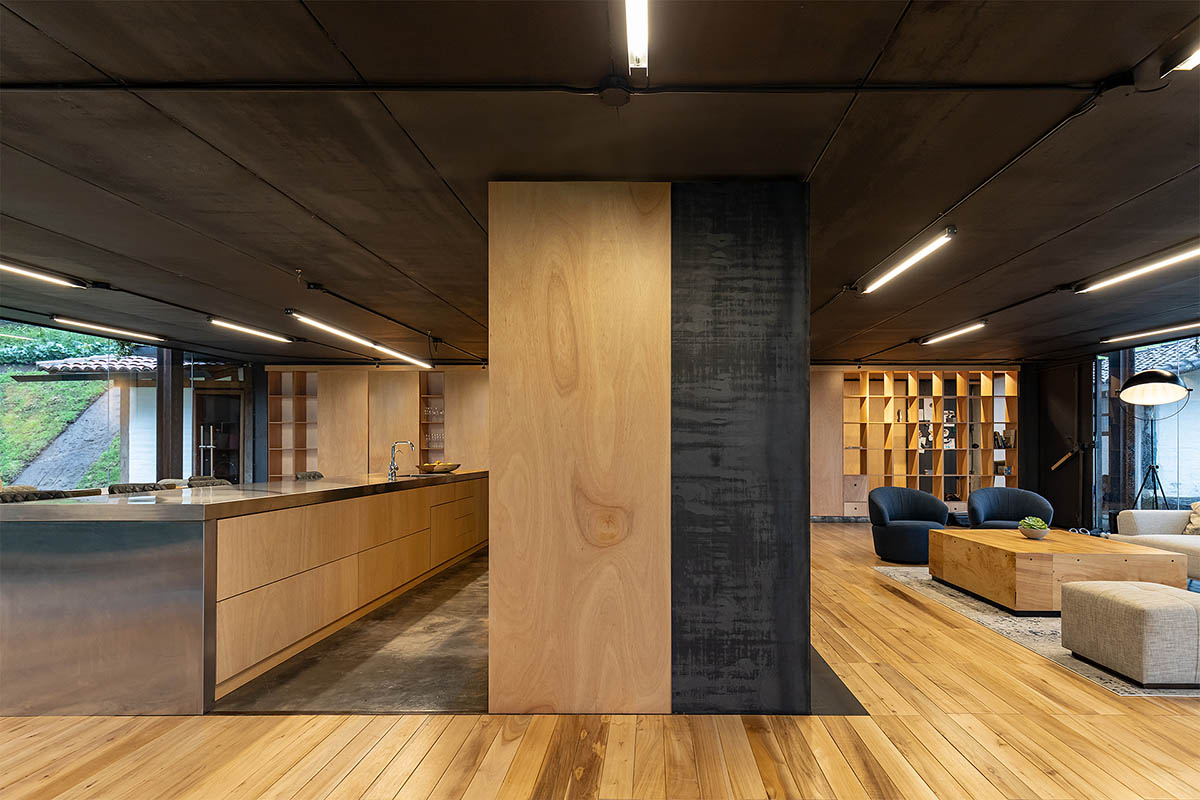 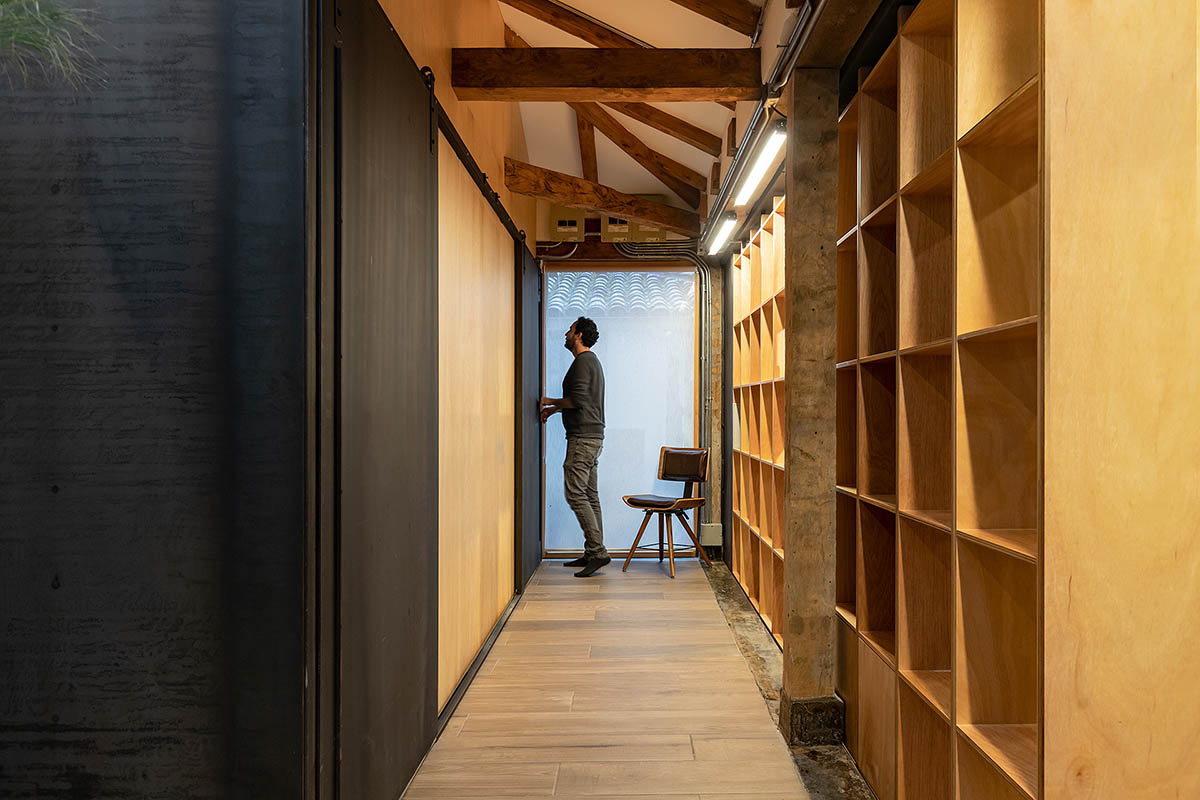 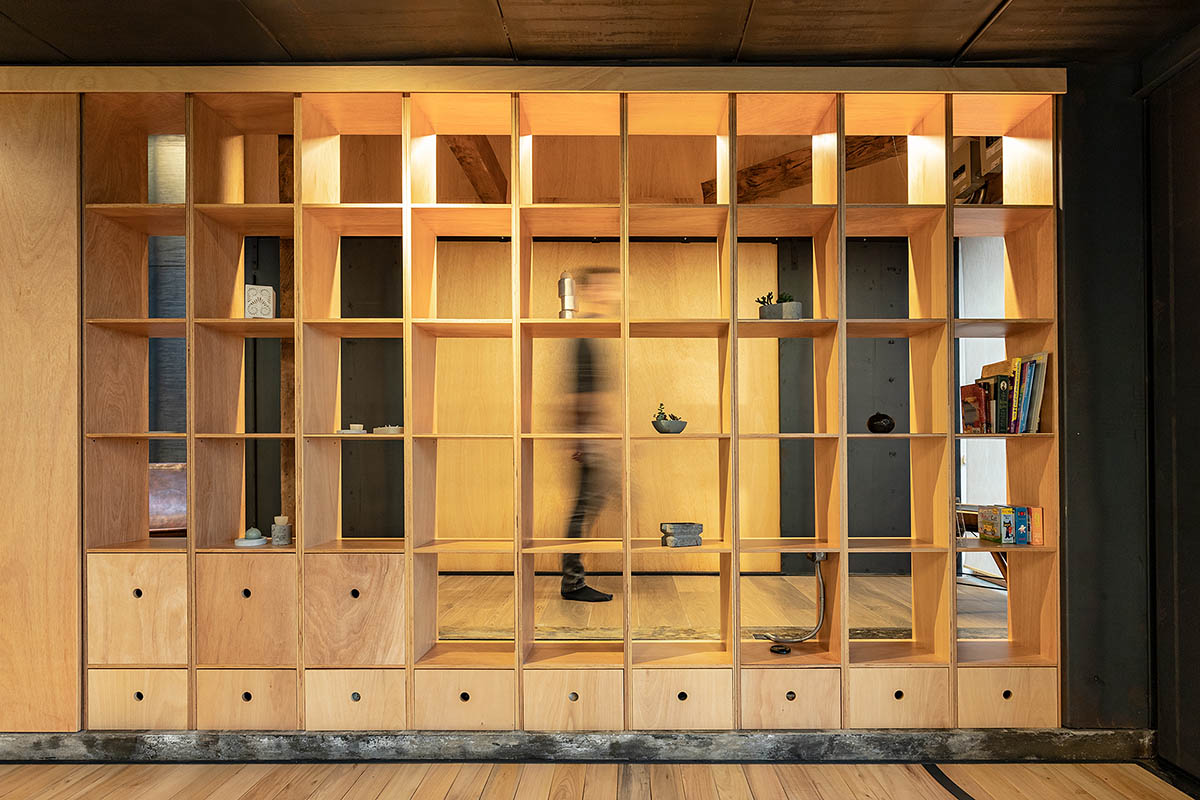 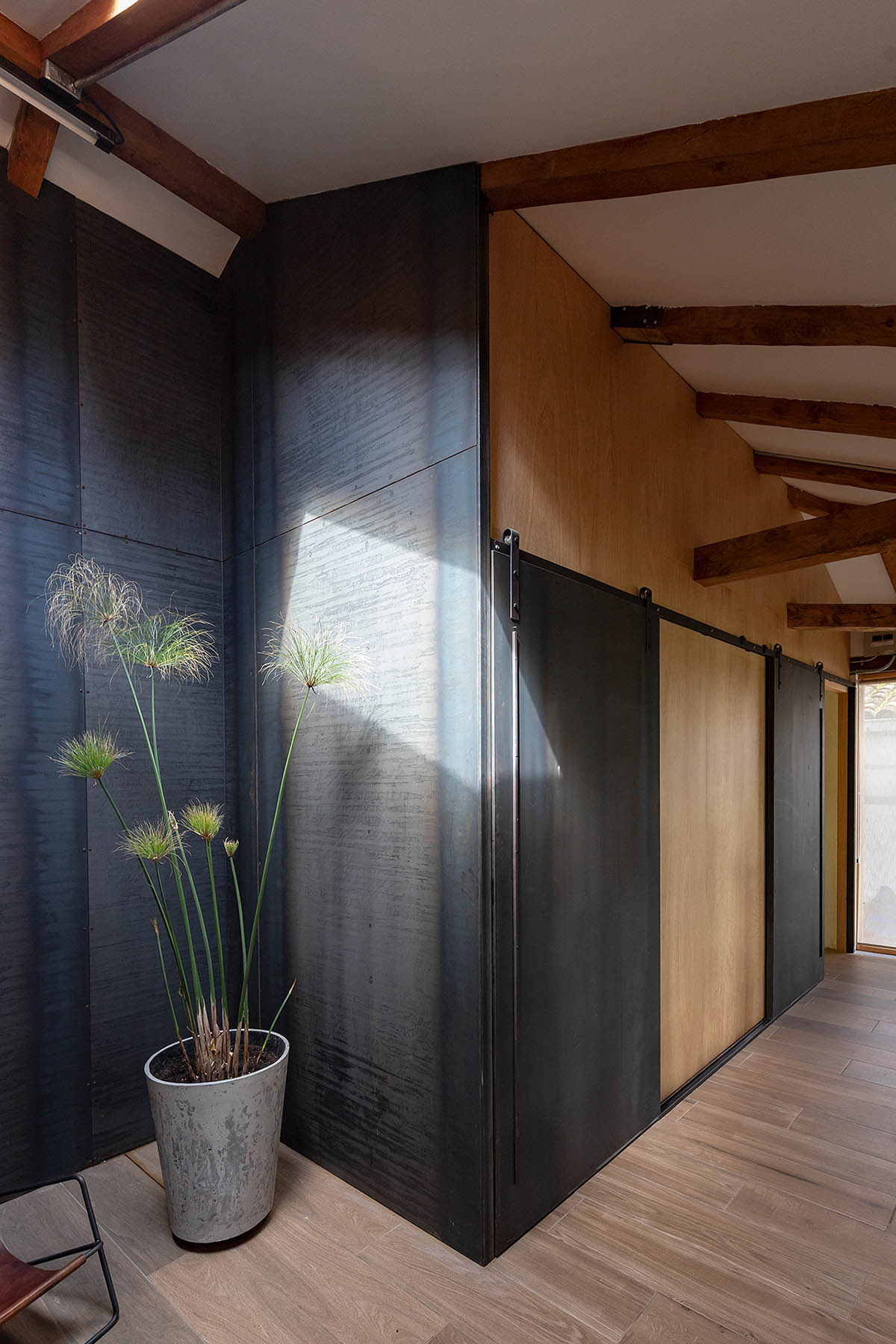 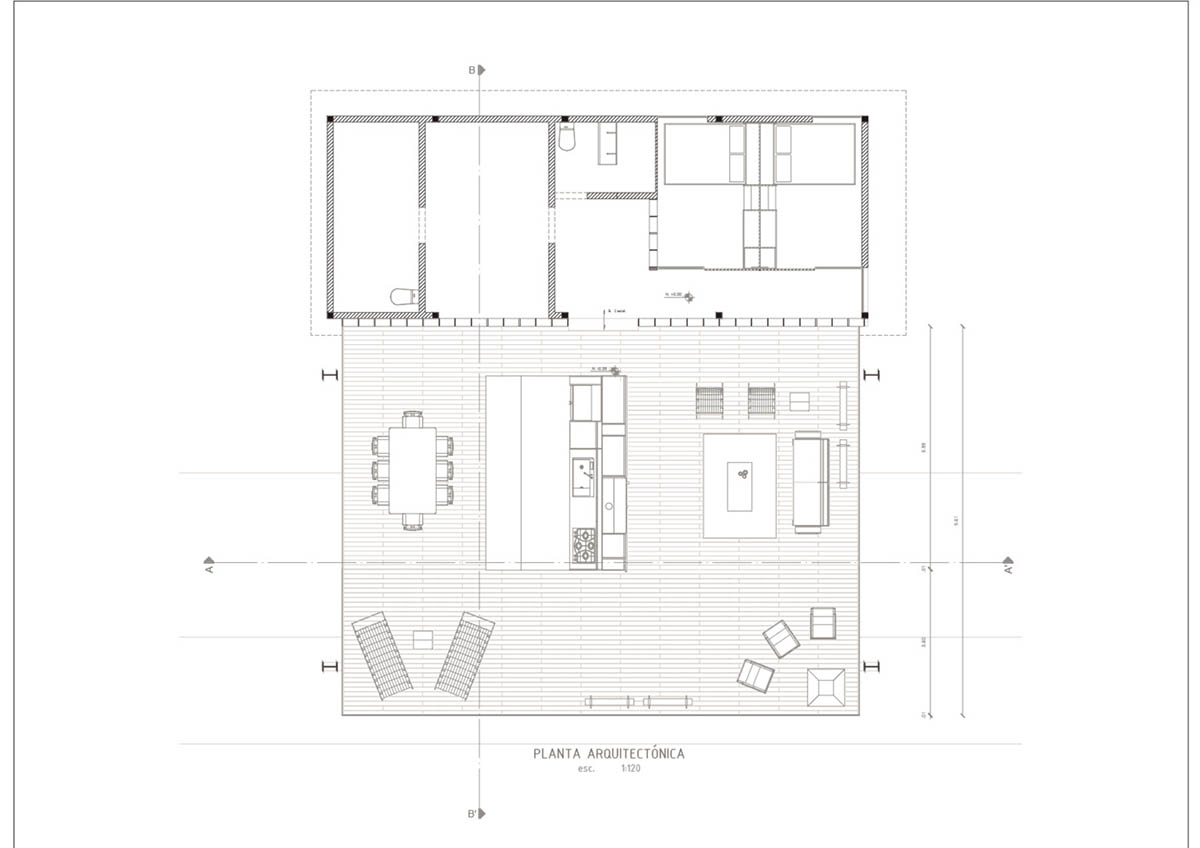 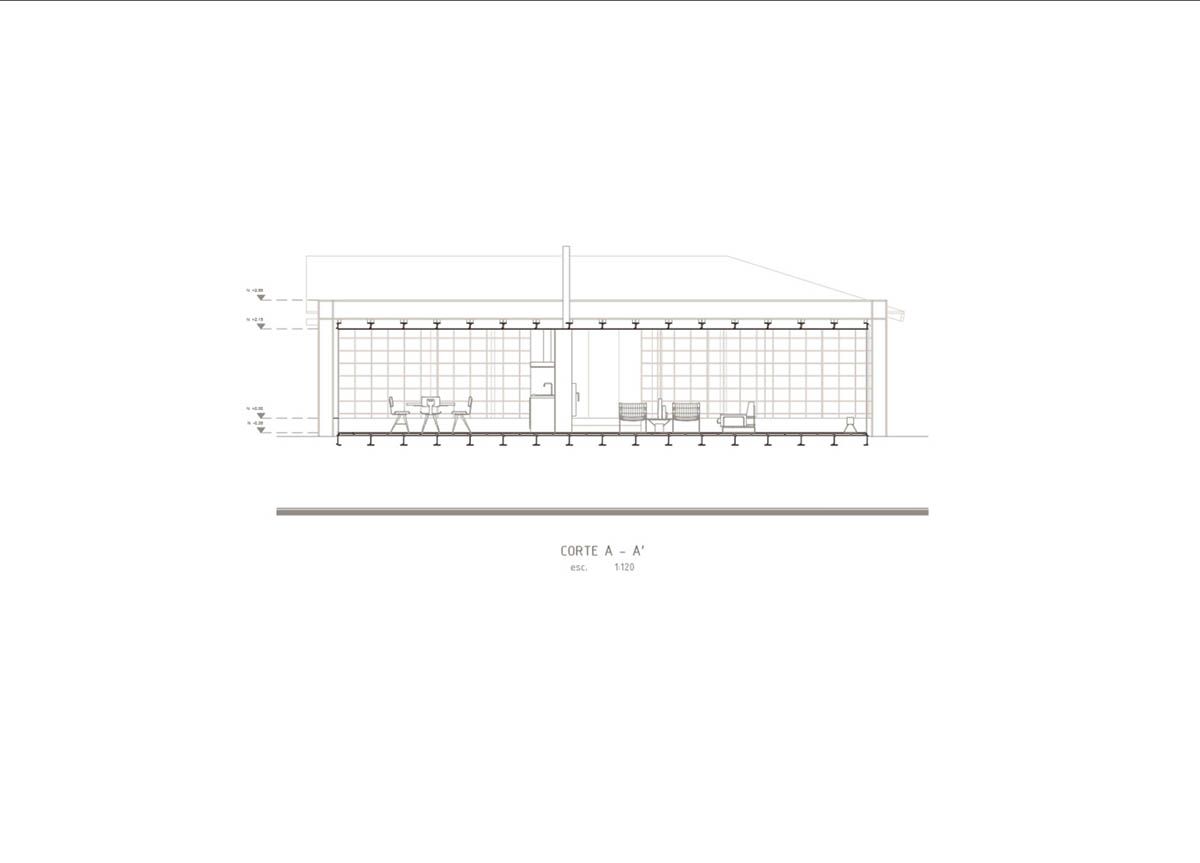 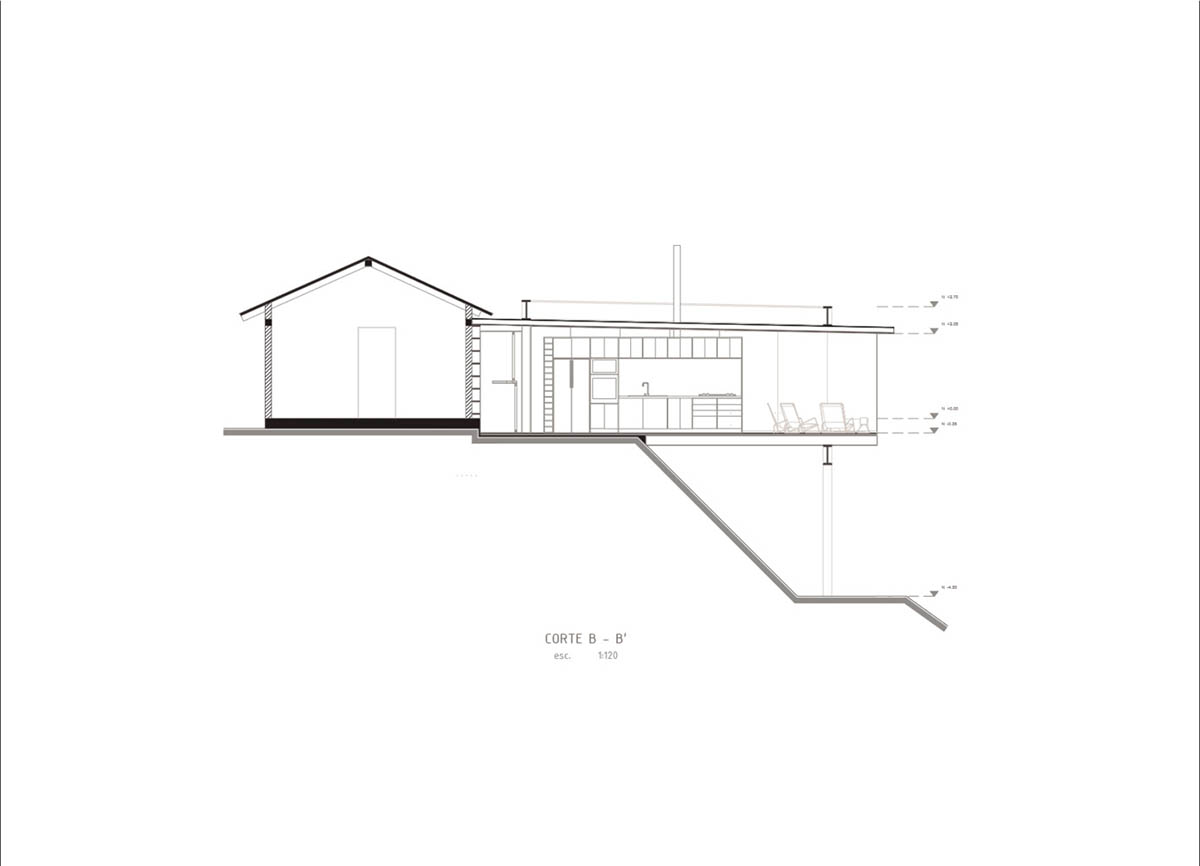 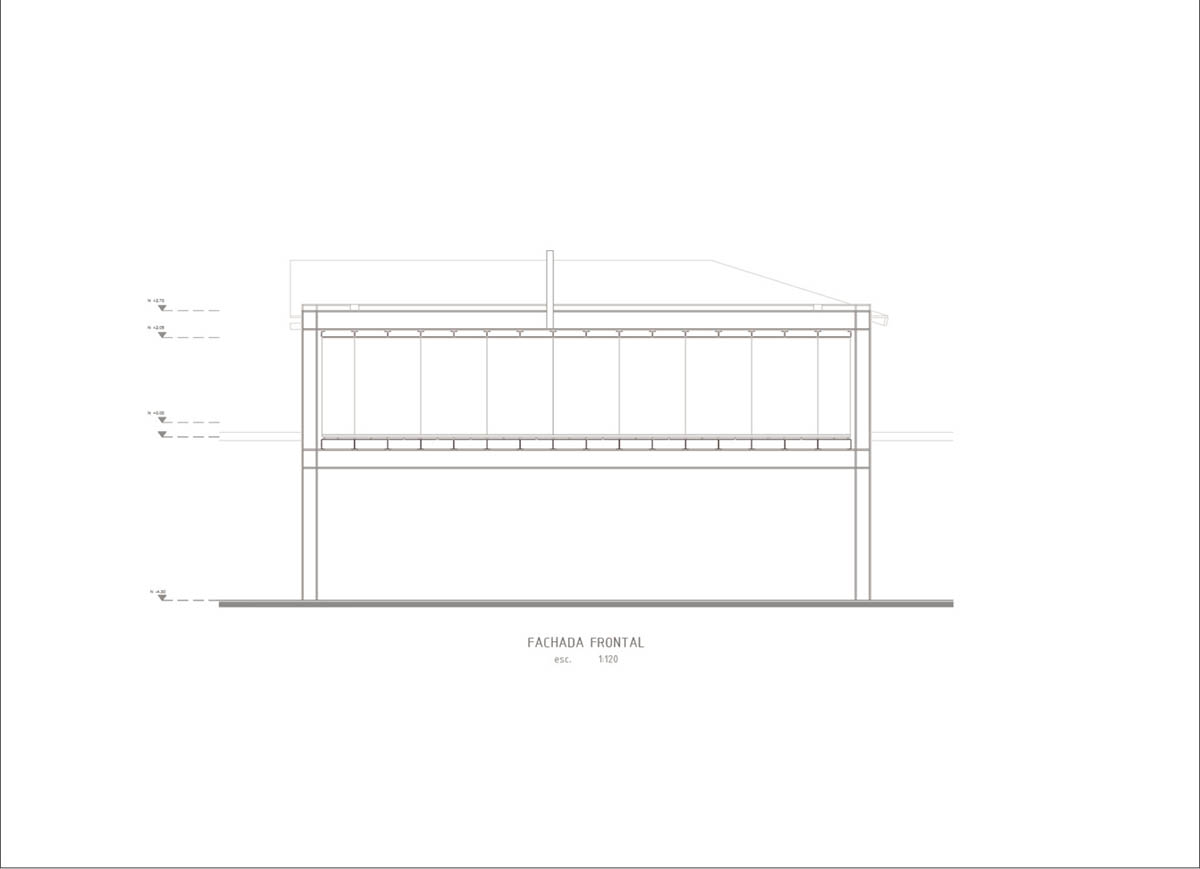 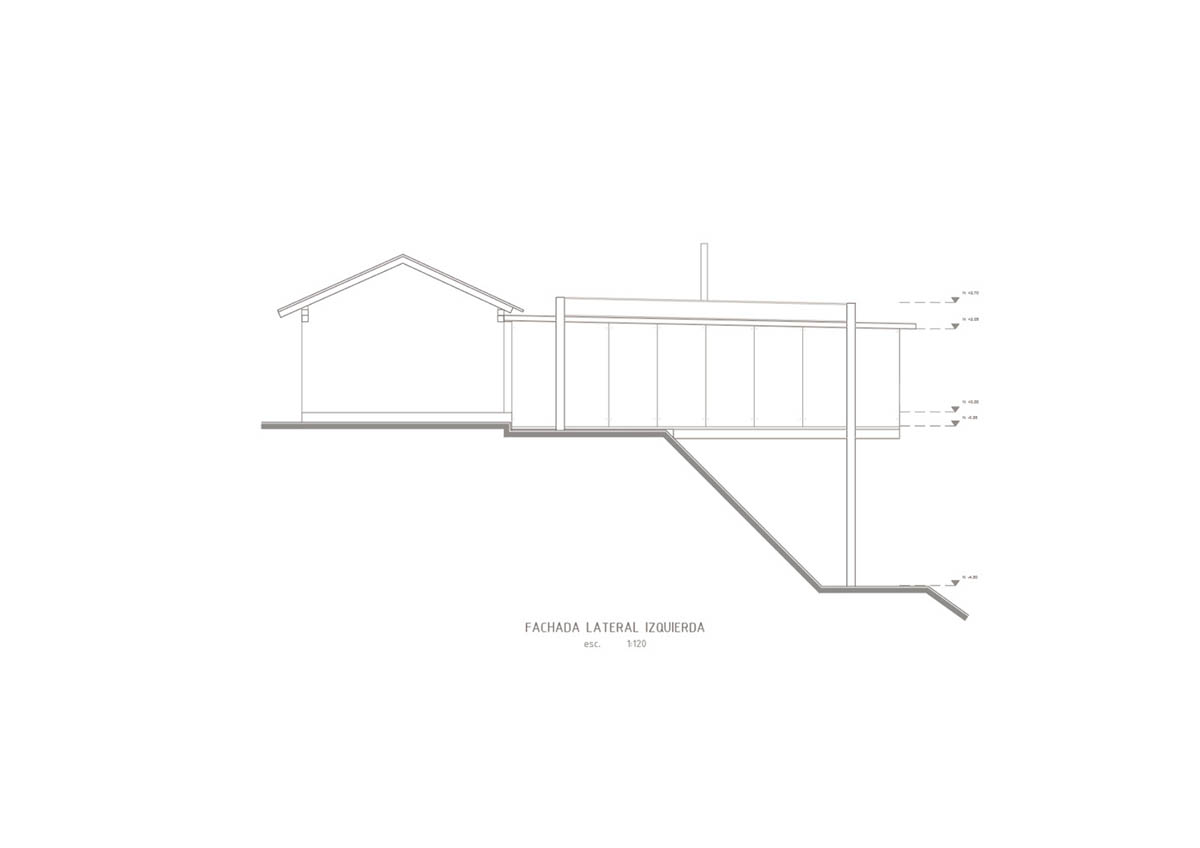 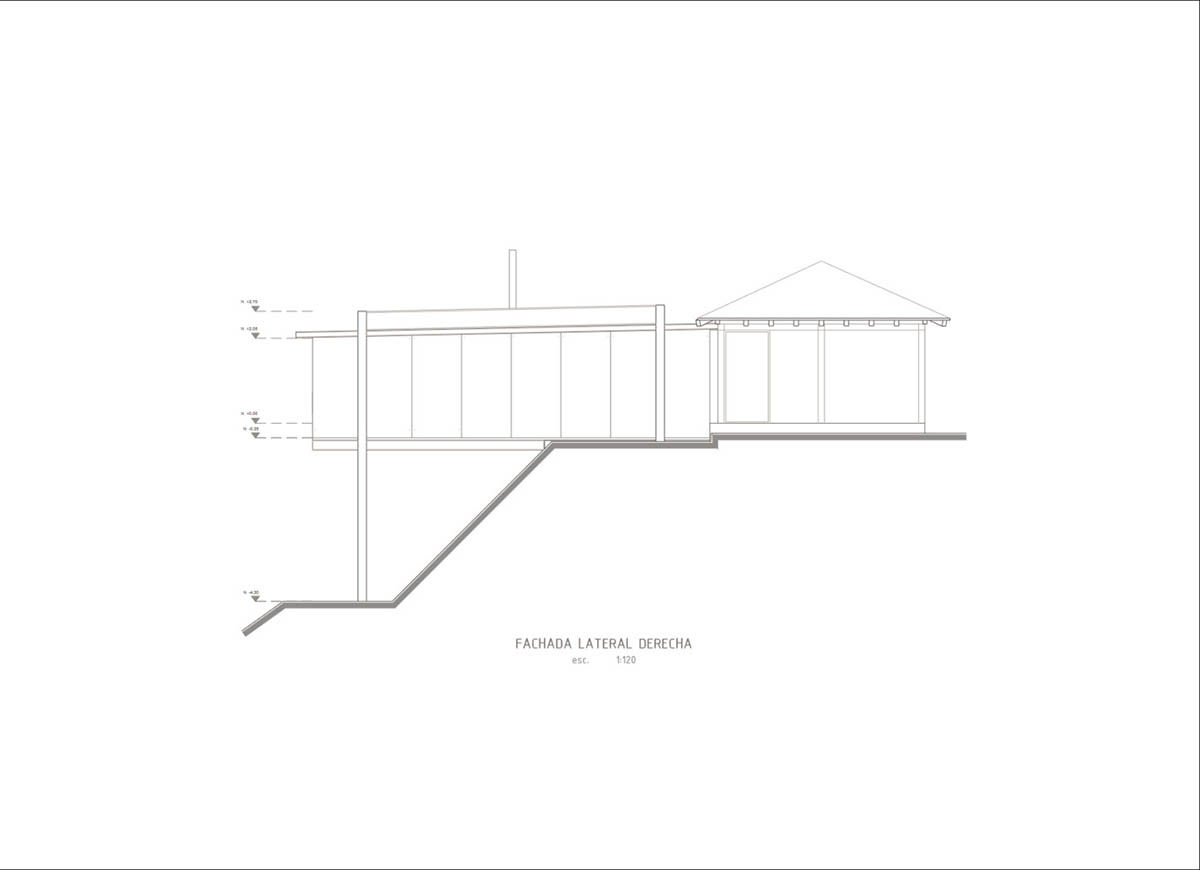 RAMA Estudio was founded by three architects Carla Chávez, Felipe Donoso and Carolina Rodas in Quito. The firm is an architecture, design and construction studio that focuses on the optimization of resources through experimentation.