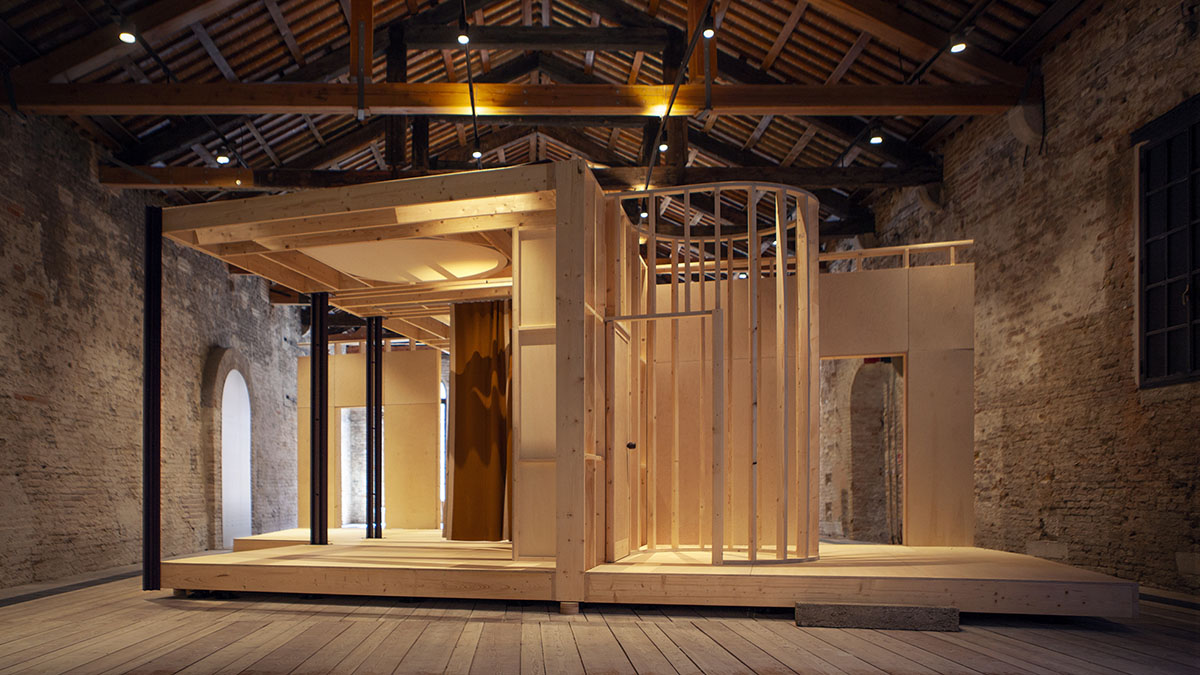 The Luxembourg Pavilion has installed several mobile housing units tackling with the housing crisis, the exhibition predominantly focuses on the relationship between architecture and land, urban and rural, interior and exterior, home and work/study, built environment and nature at the 2021 Venice Architecture Biennale.

Themed as Homes for Luxembourg, the exhibition, located at the Arsenale’s Sale d’Armi, is curated by LUCA Luxembourg Center for Architecture and designed by Sara Noel Costa de Araujo (Studio SNCDA).

Alongside wooden and scattered modular units, the exhibition features a residency program with series of events organised in Luxembourg and Venice. 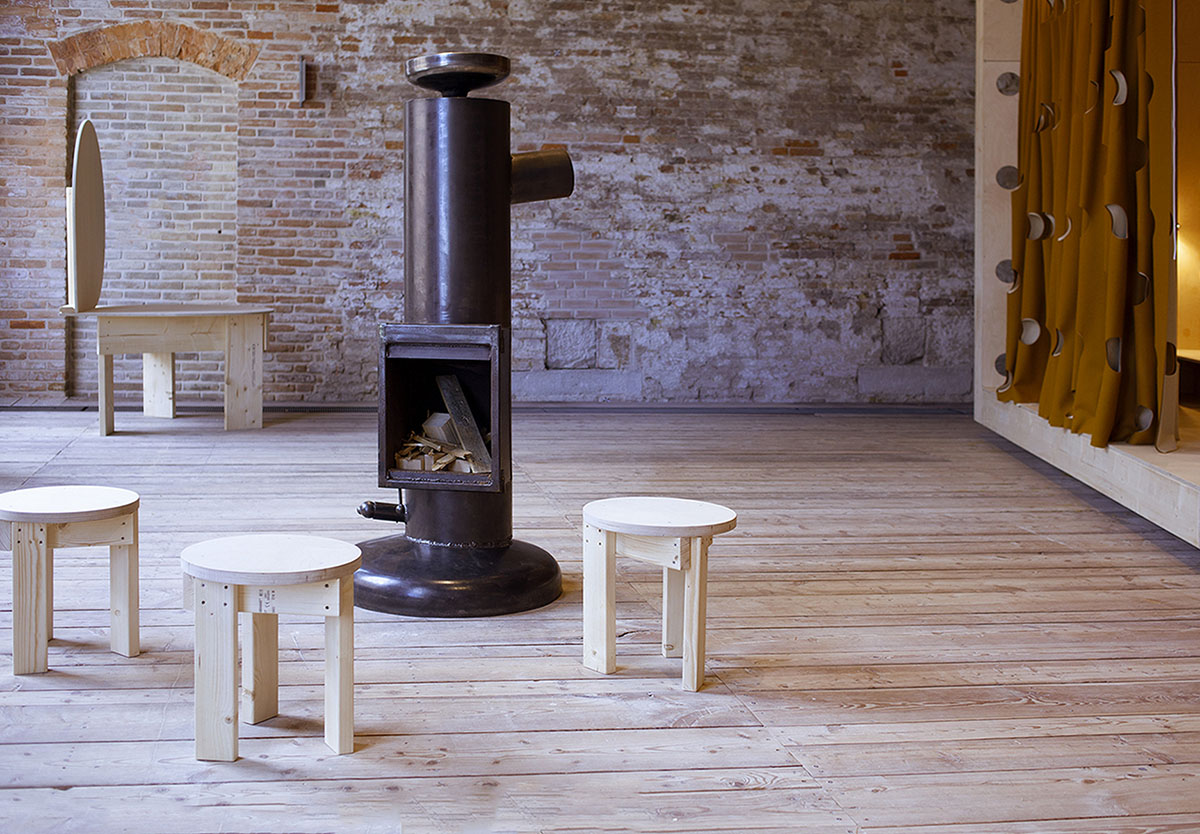 The Luxembourg Pavilion's exhibition, responding to Hashim Sarkis' theme "How will we live together?", reflects a common phenomenon on these dualities, such as the relationship between architecture and land, urban and rural, interior and exterior, home, home and work/study, built environment and nature. 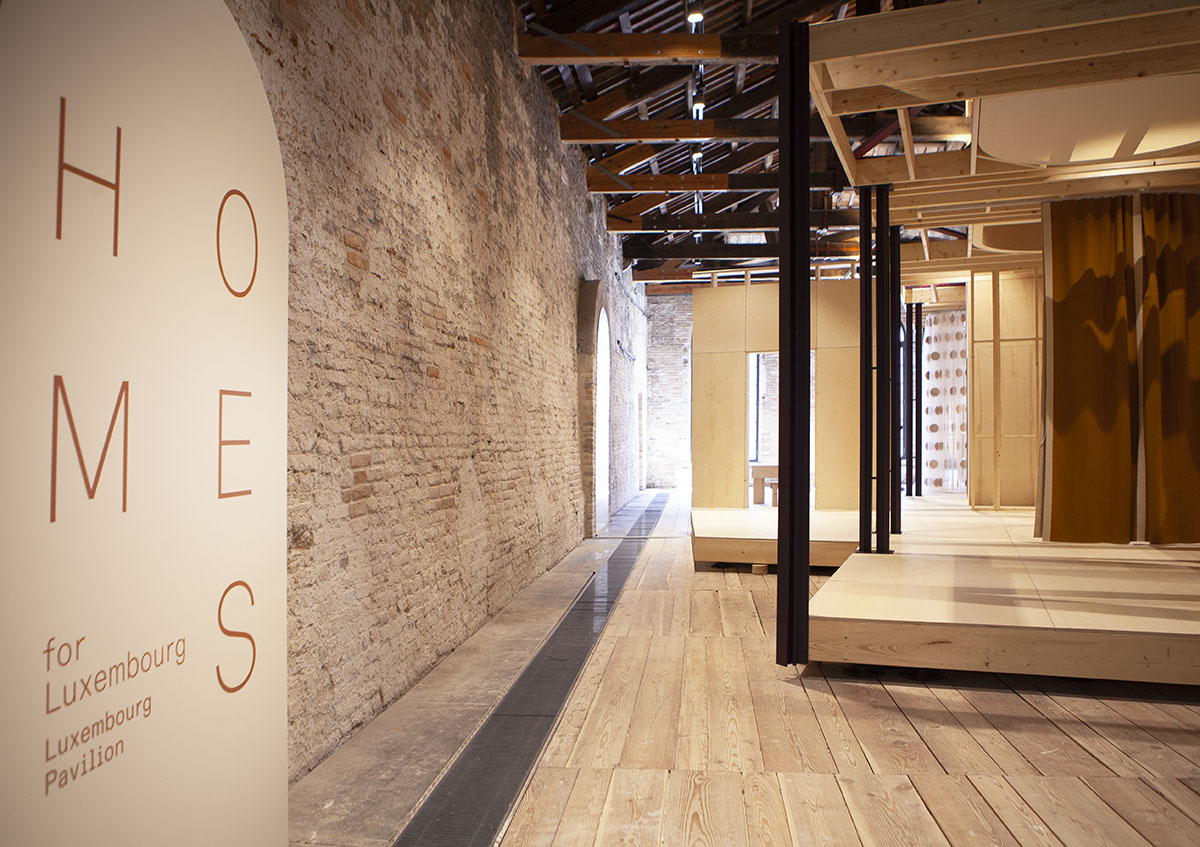 While the modular installation in the Arsenale’s Sale d’Armi - designed by Sara Noel Costa de Araujo (Studio SNCDA) on behalf of the curator and organiser LUCA Luxembourg Center for Architecture, the exhibition also features several contributions to the architecture magazine Accattone and explores ways of reversible living, offering a vision for a model of repurposing land as new urban commons, providing new forms of togetherness. 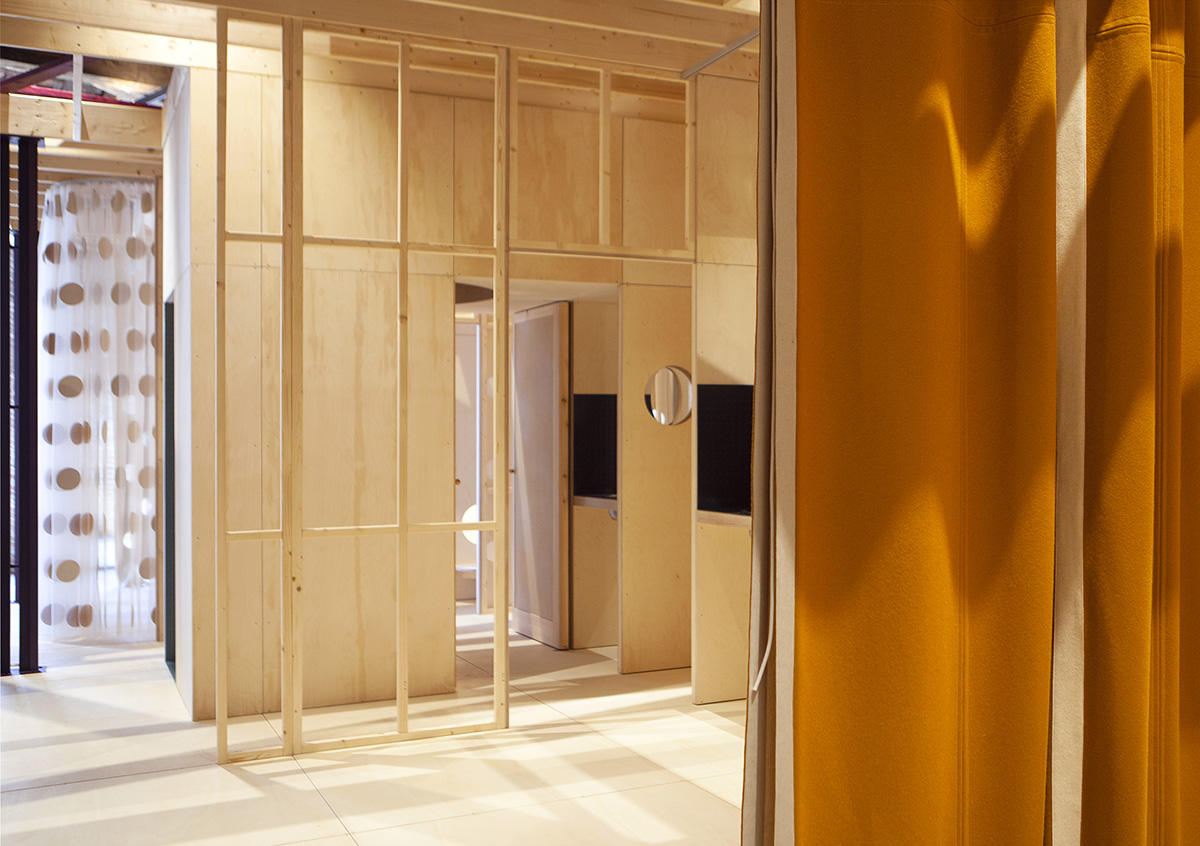 As the second central element of the Pavilion, LUCA initiated and set up Luxembourg’s first-ever curatorial residency program at La Biennale di Venezia.

Emerging curators, mediators, scenographers, authors, bloggers, and activists in the field of architecture will have the possibility to explore this year’s Architecture Biennale, and they will get a first-hand overview of the current state of international discourse, gain a deeper understanding of the challenges and opportunities of contributing to the world’s most important architecture exhibition, enhance their professional abilities, and establish important contacts and develop ideas for own projects. The Emerging Talent Program will be launched as soon as sanitary conditions permit it. In the exhibition, Studio SNDCA responded by overlapping the curatorial approach with the actual design of modular, mobile housing units to be set in clusters on the many vacant plots of building land in Luxembourg.

This speculative project can thus be read as an engaged attempt to match the international exhibition with domestic concerns about the housing crisis. 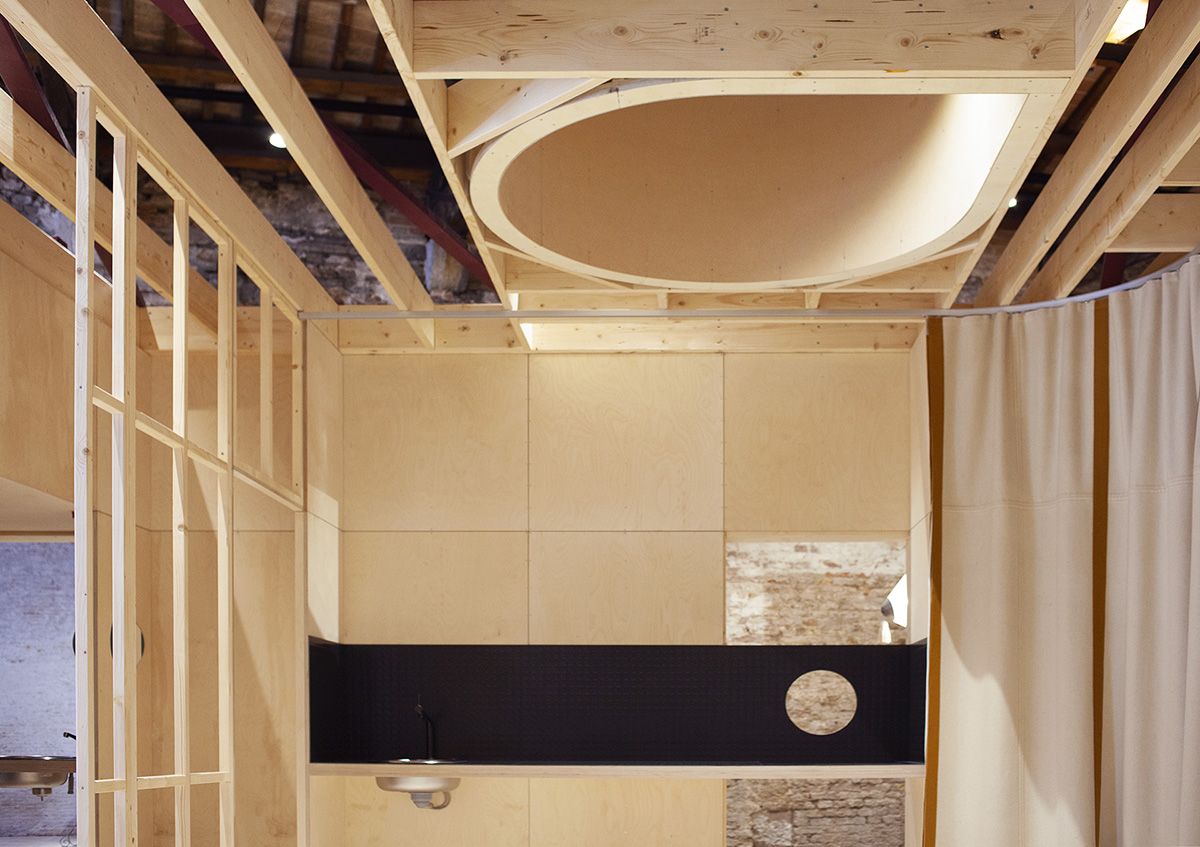 To carry out this project, this 'Gesamtwerk’! as they call it, Studio SNCDA has entered into a close collaboration with some architects, an artist, a photographer, a curator, a textile designer, a researcher and a structural engineer. 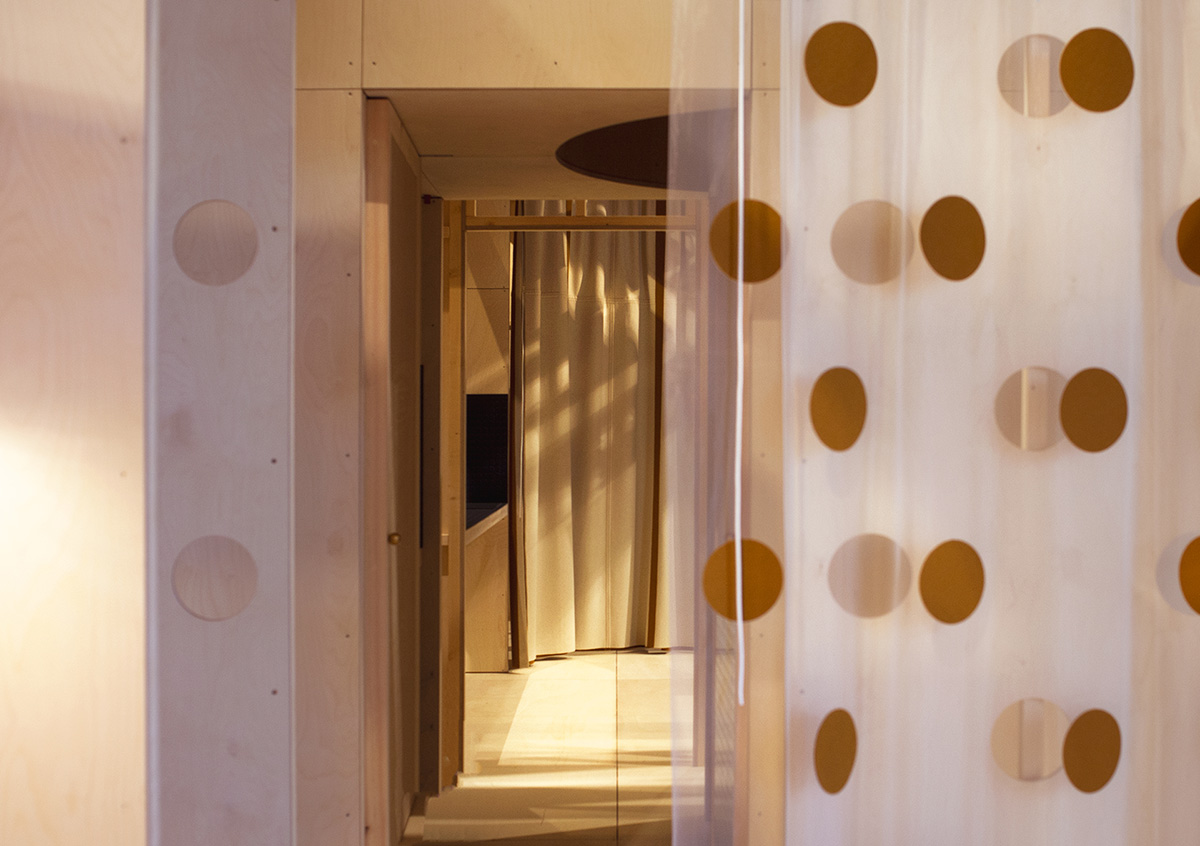 They are not the first to develop visions, estimates and models of mobile housing units. What is striking, though, is that they are designing temporary housing, not on account of war, poverty or another disaster, nor even as a result of lifestyle choices, but for financial reasons. 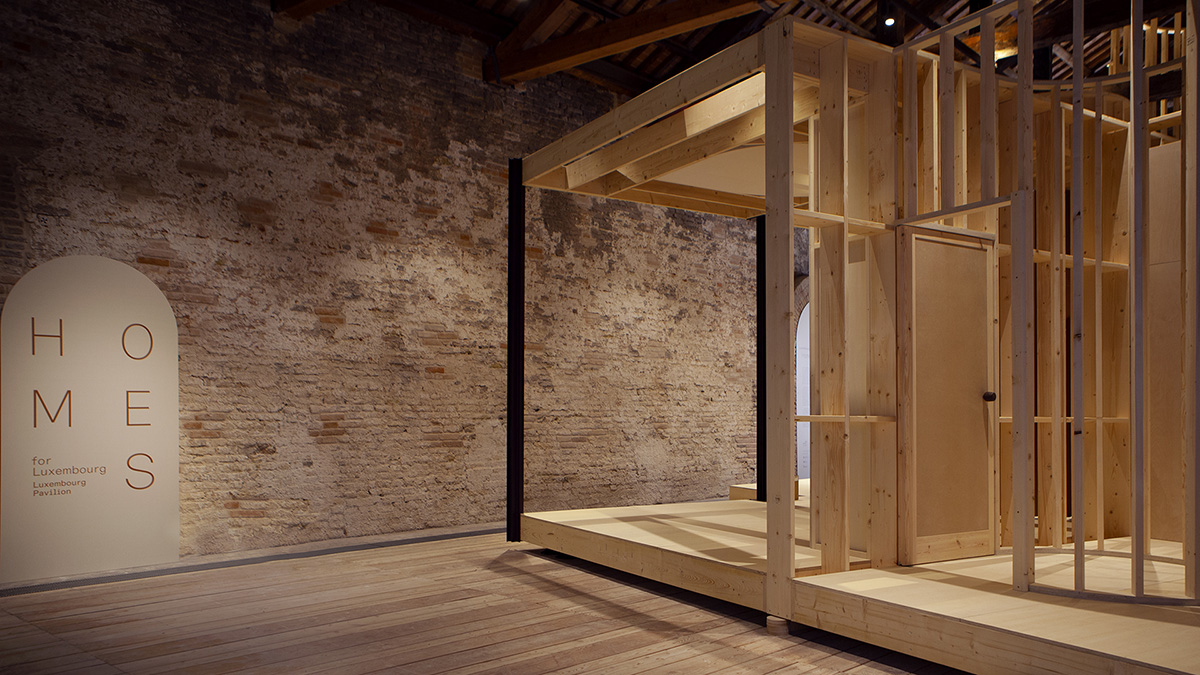 The price of building land in Europe’s richest country is indeed prohibitive. Most landowners don’t even develop their land because it is in itself already the best financial investment one could possibly dream of, steadily rising in value due to very generous yearly rates. And when land is sold to a developer, the housing built there is unaffordable for a growing part of the growing population, the result being a country of (cross-border) commuters with poorer social and urban qualities.

As the curatorial team asked, "is such nomadic, reversible living desirable? What would it look like? Where and to what extent could it be implemented?." 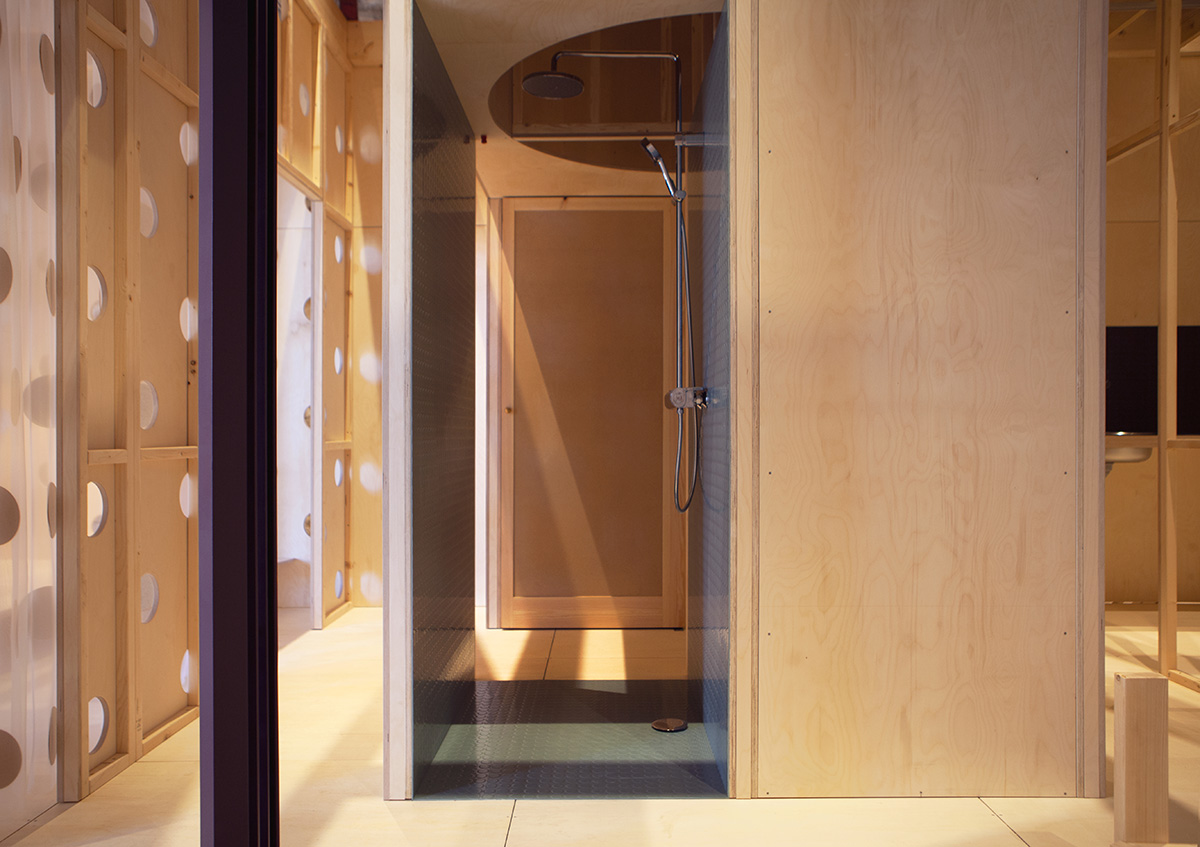 As an exhibition the Luxembourg Pavilion shifts from theoretical research to a truly hands-on approach, and from the scale of the territory to that of the body, the project uses architectural design to condense these multiple dimensions and stimulate a response from the population, the authorities and other stakeholders. Herein lies its political drive. 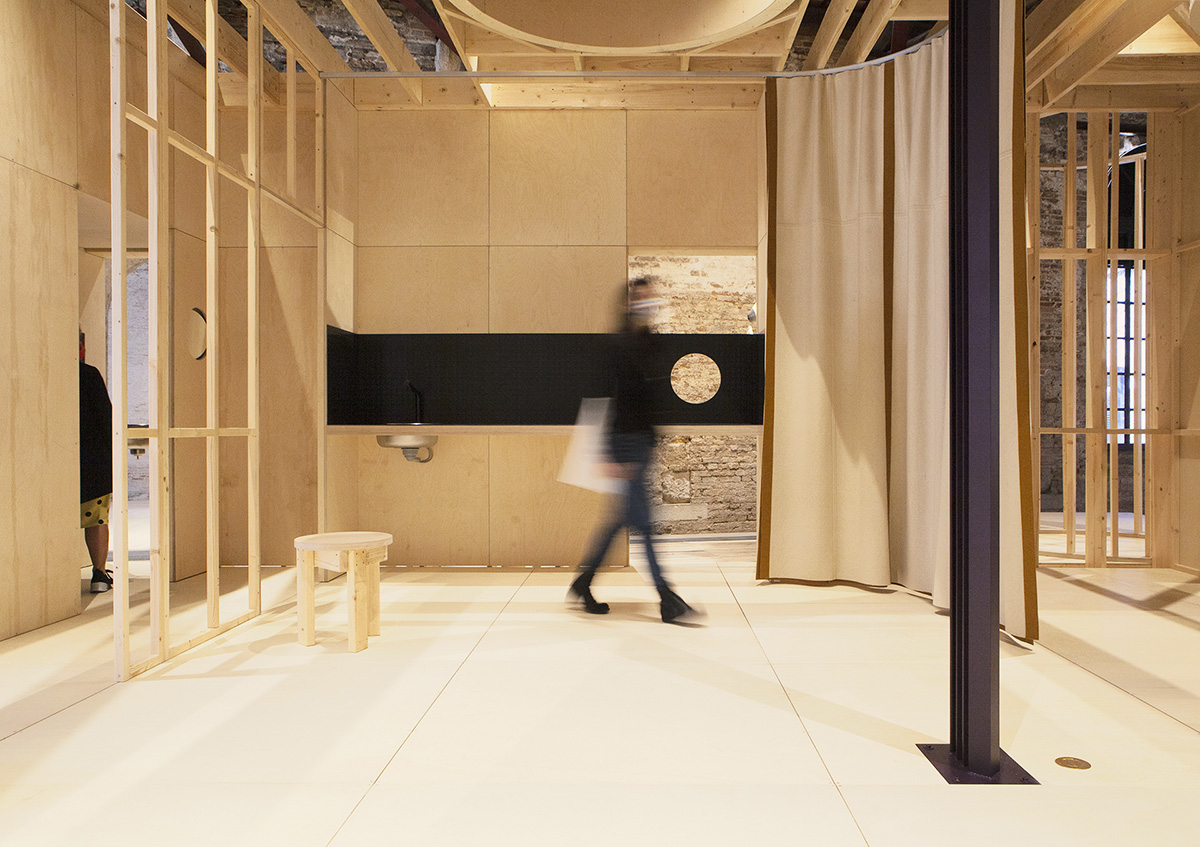 Studio SNCDA’s design for modular housing units walk a tightrope between other typologies: minimal in space requirement yet fully equipped, they refuse the concept of “tiny houses”.

They should neither look like emergency containers nor be piled up like a dense housing block. Tapping into the local desire for individual houses on a garden plot, they need to look like fragile villas landing gently on the ground – no need for deep foundations – yet comfortably petit bourgeois, to accommodate both the inhabitants and their neighbours. 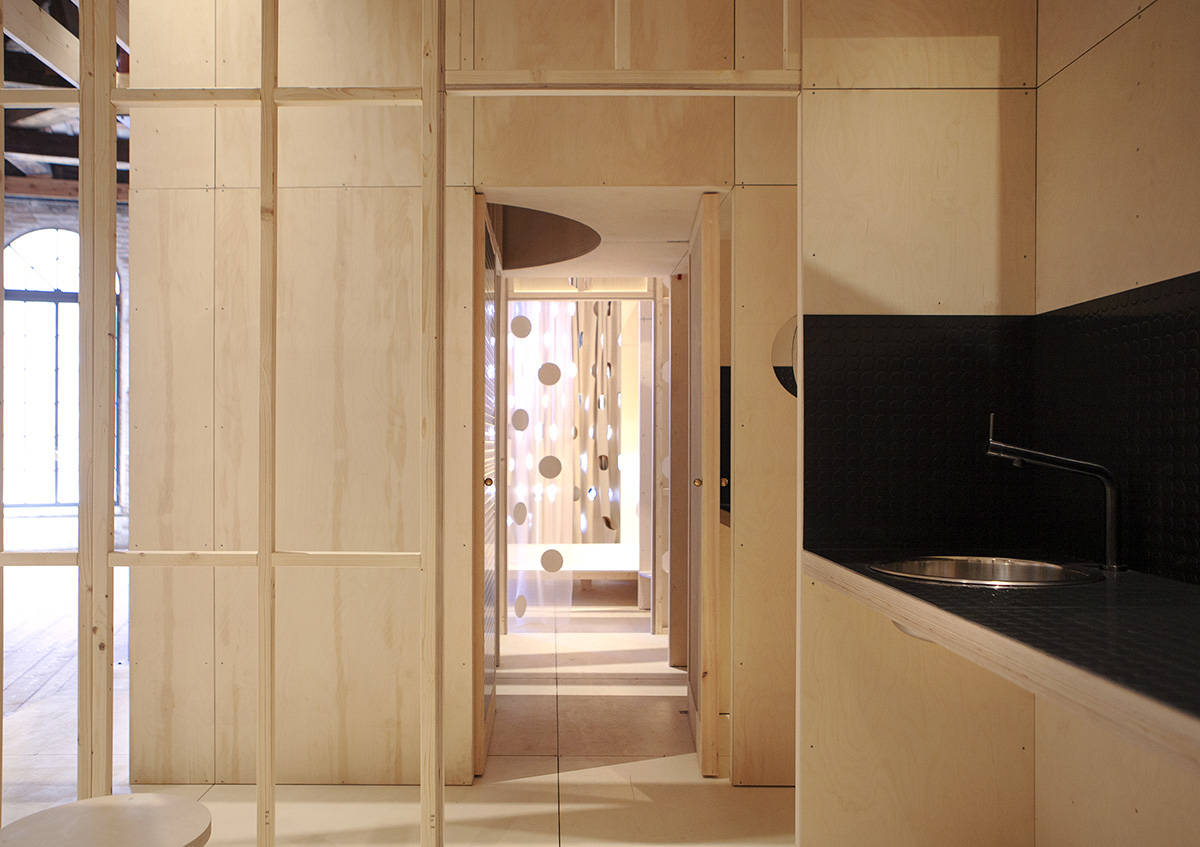 The units are thin and slender: the basic 52 m2 configuration measures 3.9 by 14.4 m,1 with a glazed façade running along three sides and a back wall integrating storage space, the kitchen and smaller openings. 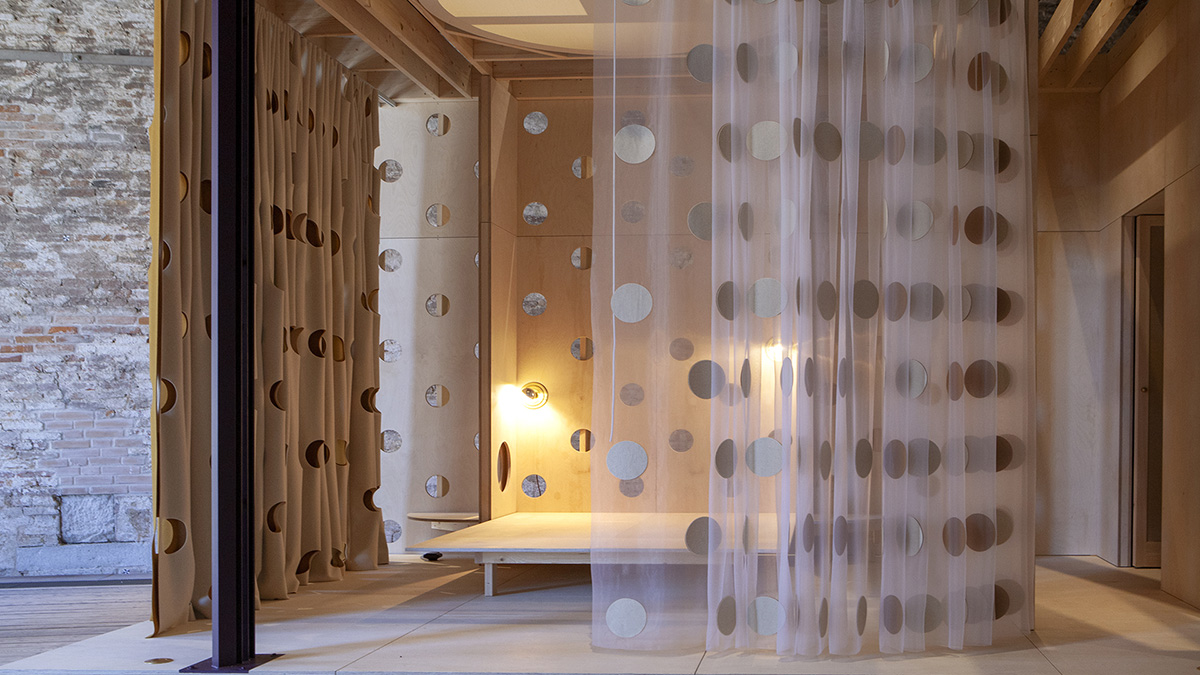 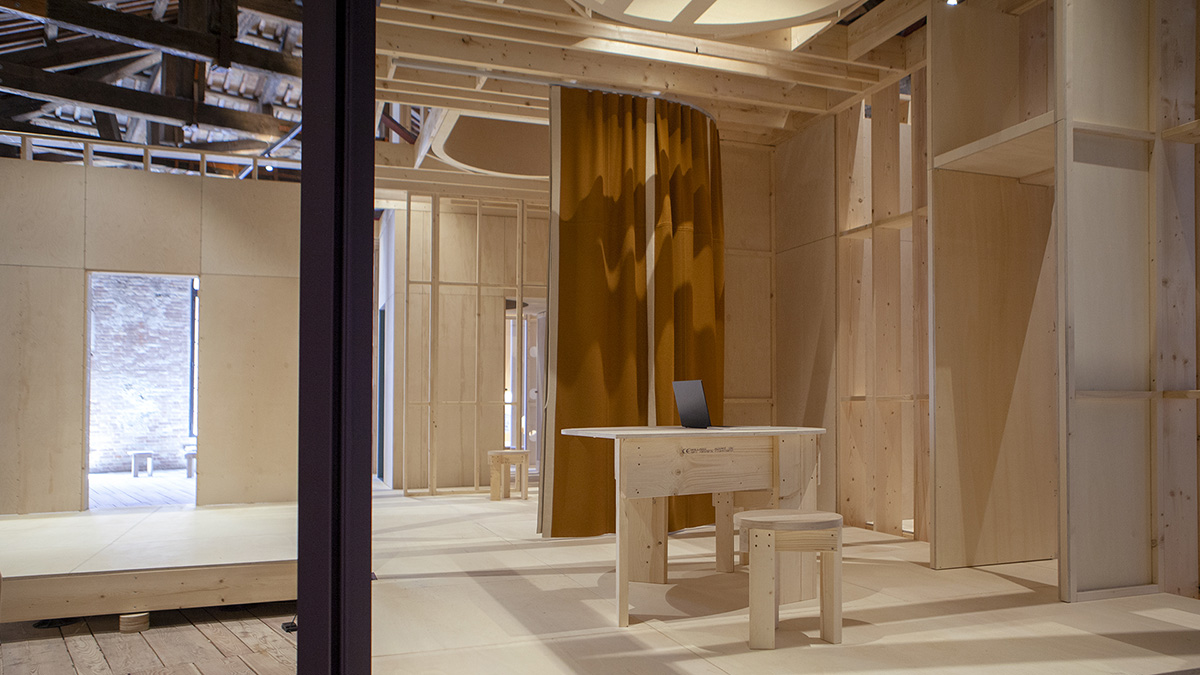 The interior is an open space, only partitioned by the bathroom block, which mediates access to the bed, and by two curtains: the first encircles the bed, the second hides the kitchen worktop or, when drawn, divides the living area into two equal parts. With such minimal housing, inhabitants are projected outside.

Depending on the size of the plot, several units can be deployed and accommodate different households and domestic programmes: singles alone, singles sharing, small or larger families, students or workers. 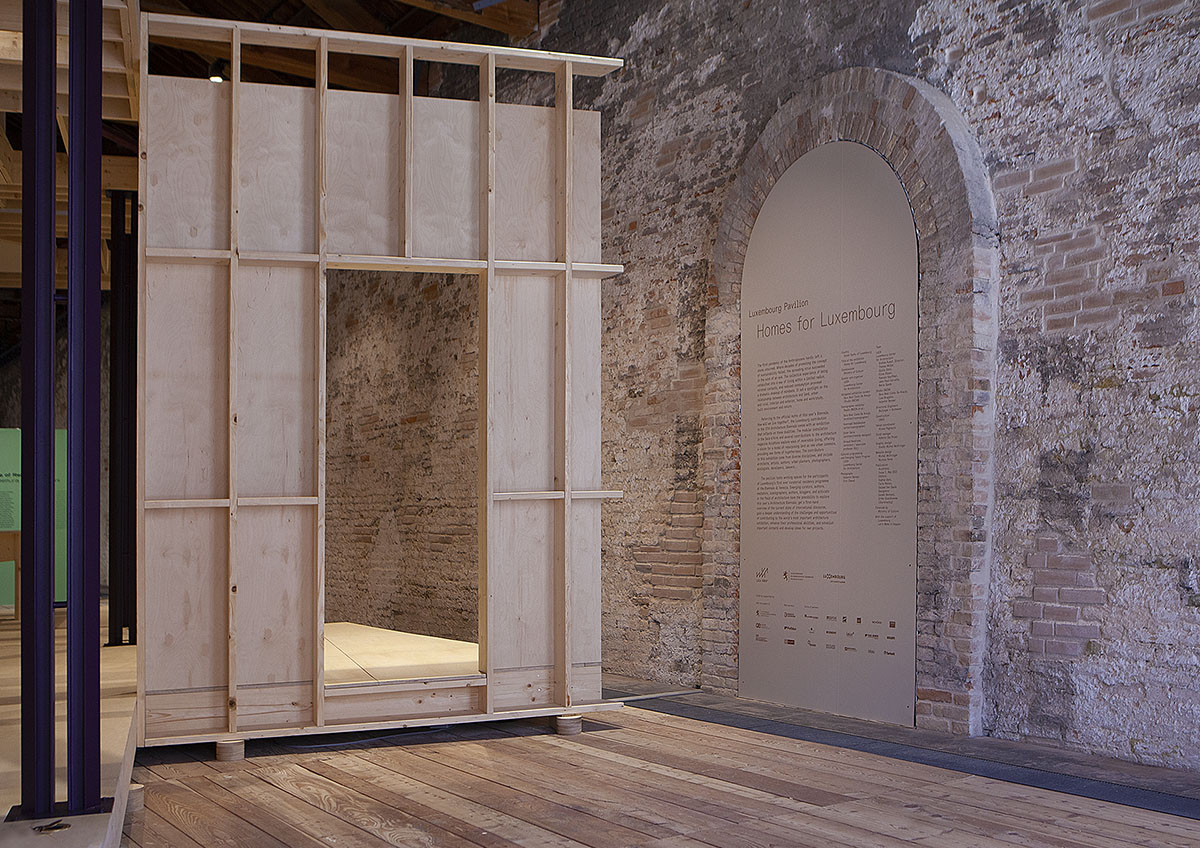 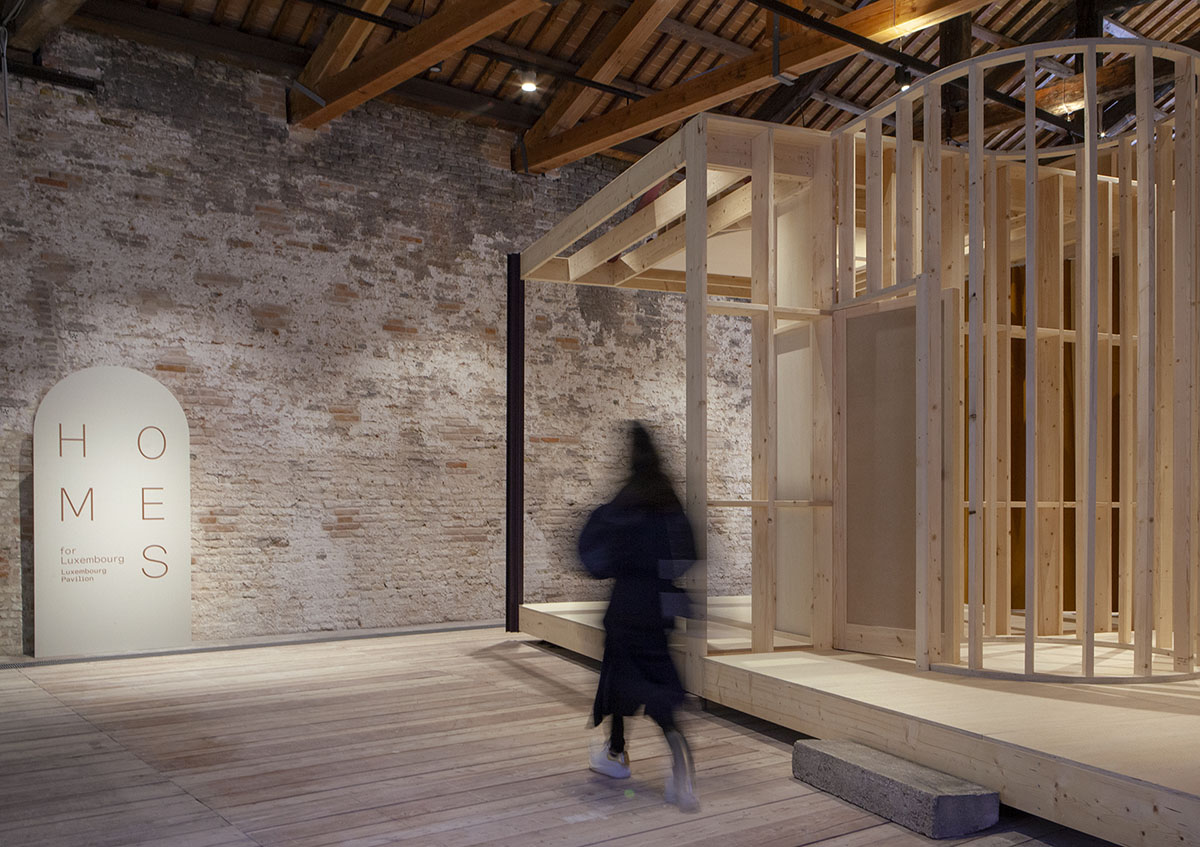 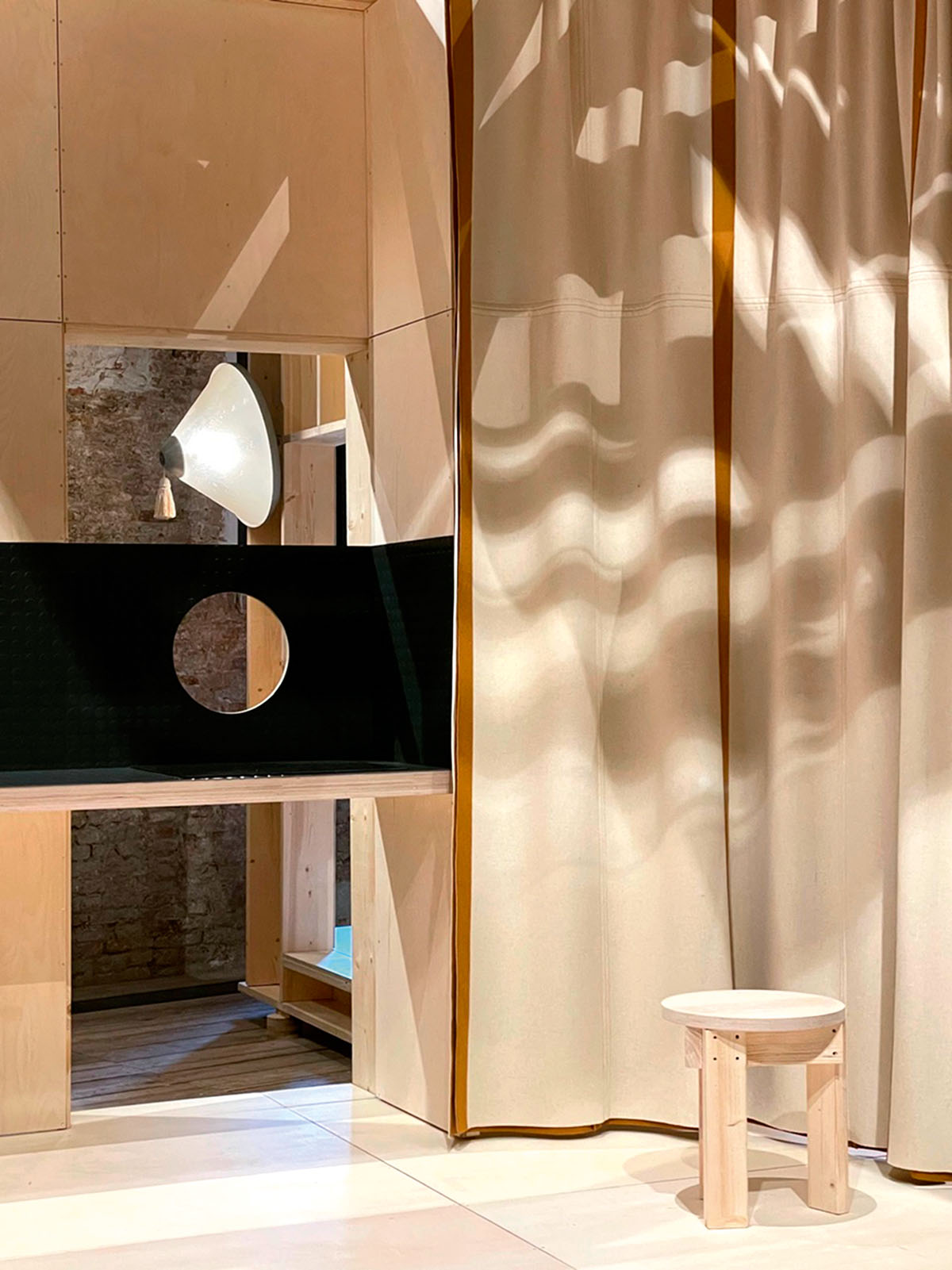 1 Building regulations vary for each municipality. In Luxemburg City, the minimum surface for any housing unit is 52 m2.. Source: Accattone #7 (May 2021) pp.107-108 Homes for Luxembourg Studio SNCDA et al.

All images © LUCA unless otherwise stated.