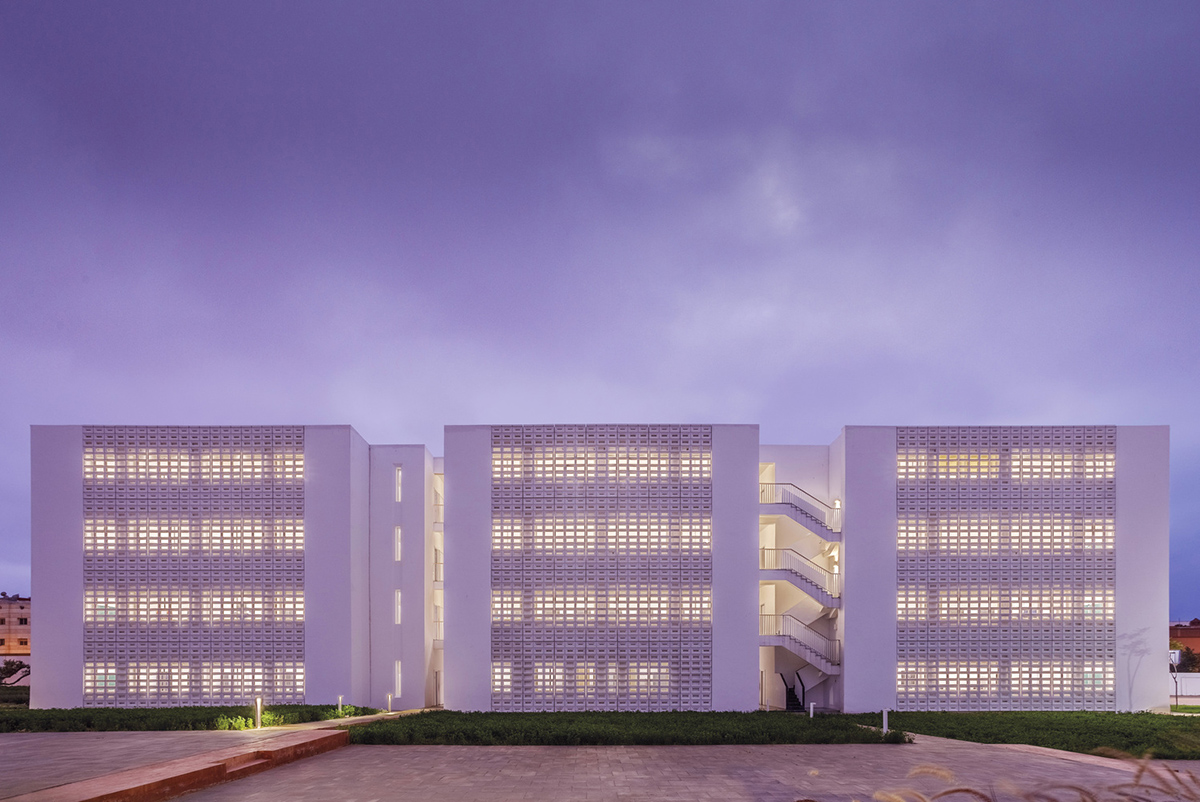 The offices Tarik Zoubdi Architect and Moubir Benchekroun Architect, have designed this project as a "space dedicated to knowledge forever engraved in concrete" as stated by the architect Tarik ZOUBDI. It is the OCP Institute for Socio-Educational promotion. This high school resulted from the will to provide a new teaching building, adapted to the education of the 21st century, for the children of the workers of the OCP group in El Jadida, following an increasing number of primary and secondary school students in the recent years. 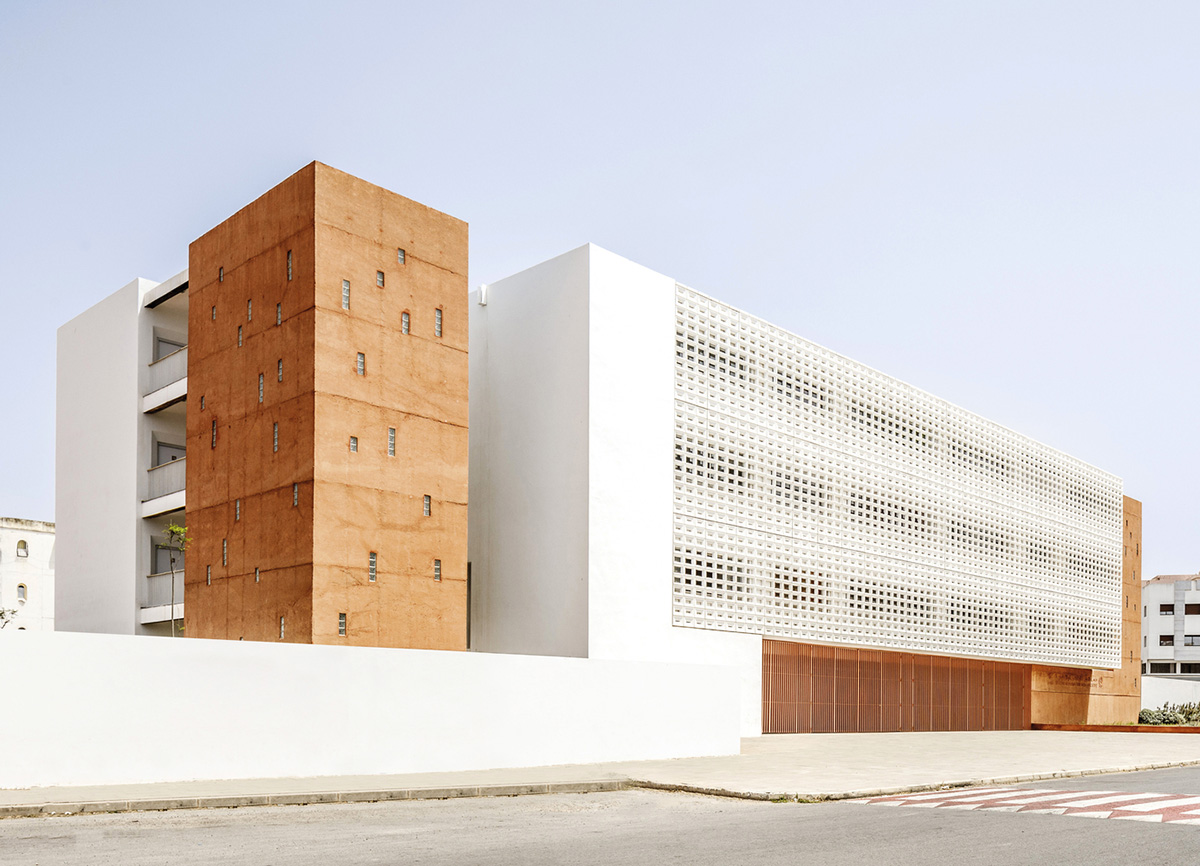 This new project was designed to connect the old middle school built in 2017 under the direction of the same agencies and the nearby OCP residential developments. Its vision is to encourage learning, sharing and interaction.

The parking lot was planned to be set away from the main entrance of the school to ensure student safety and reduce traffic flow. The designer creates a pedestrian-priority route that provides a fluid circulation between the buildings.

Connecting the site efficiently was a priority in the development of the project. Students are encouraged to use the sports hall and auditorium of the adjacent high school. An outdoor sports area was placed in the middle of the two schools to allow for sharing. 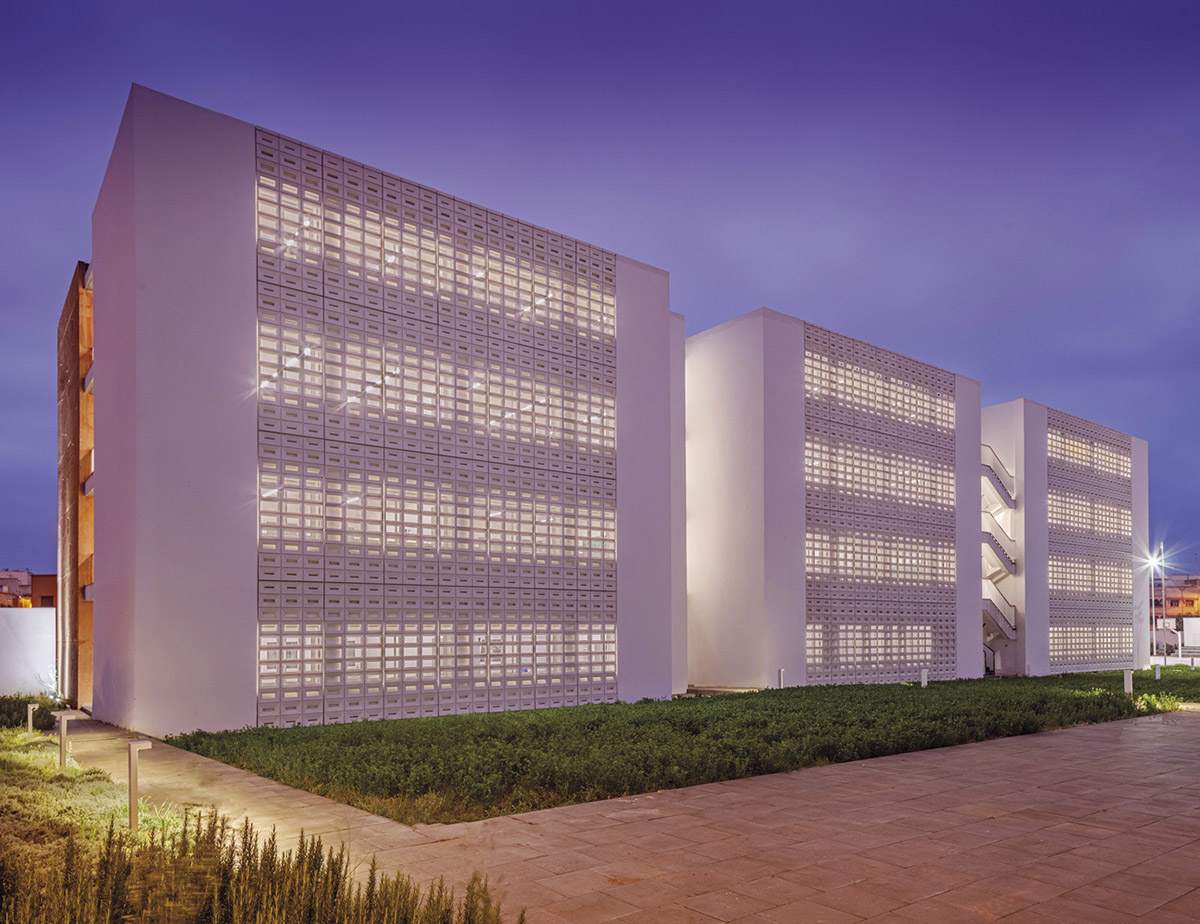 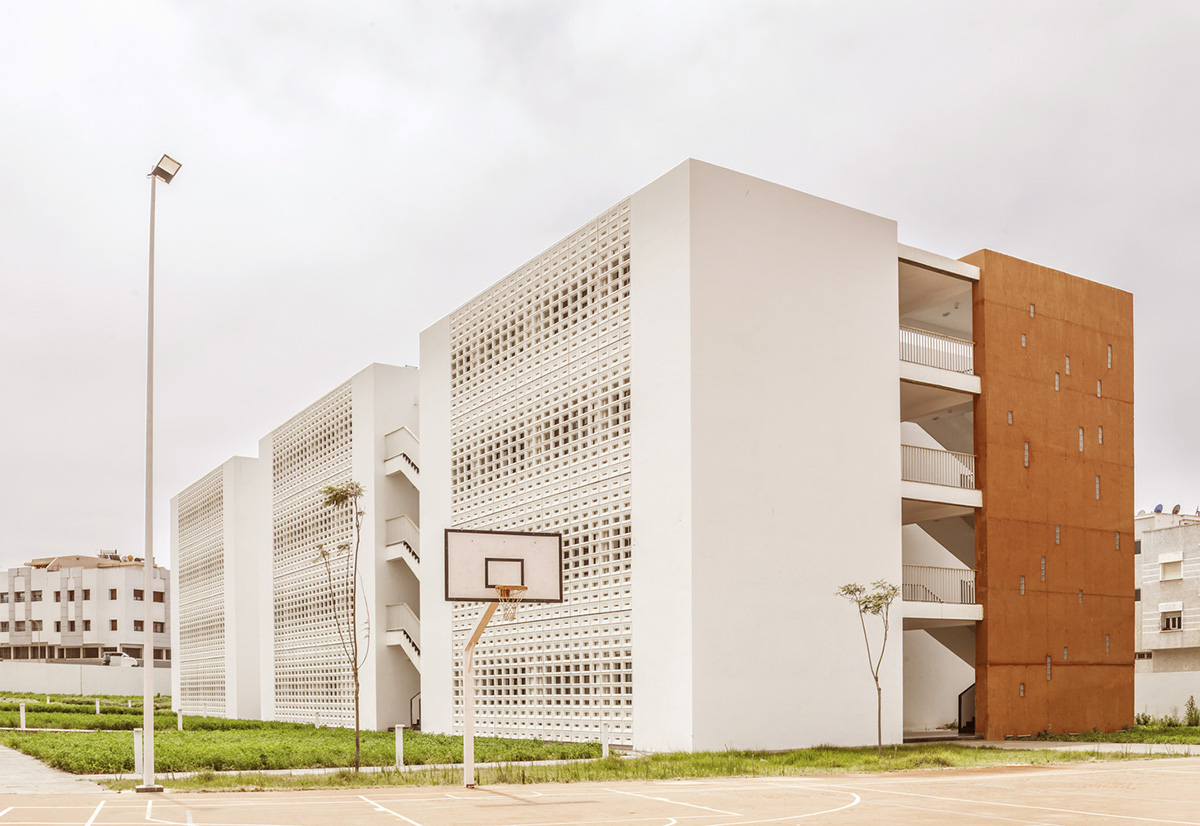 The teaching building has been positioned to offer unobstructed views from all the existing buildings, particularly from the workers' apartments located nearby. It contributes to de-densify this area and to ensure a good cohabitation between "neighbors".

The designers wanted this building to be compact, which shortens the distances users have to travel. This effect is particularly present on the second floor, where intermediate passageways have been created along the central corridor, connecting the two main stairways. 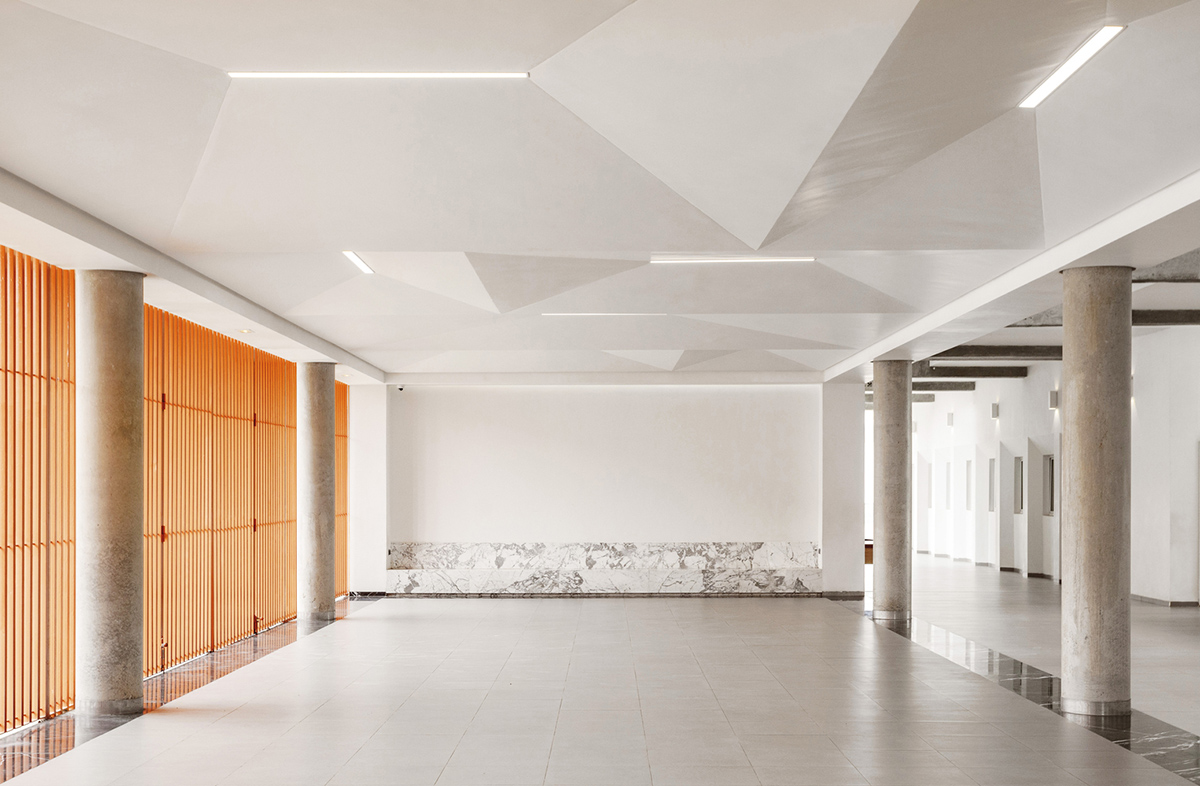 Just like the esplanade at the entrance to the middle school, a large entry square acts as a transitional space between the high school and the outside environment. This arrangement encourages social interaction while providing a safe space for children away from vehicles when leaving classes. This large void also serves to highlight the architecture of the building. 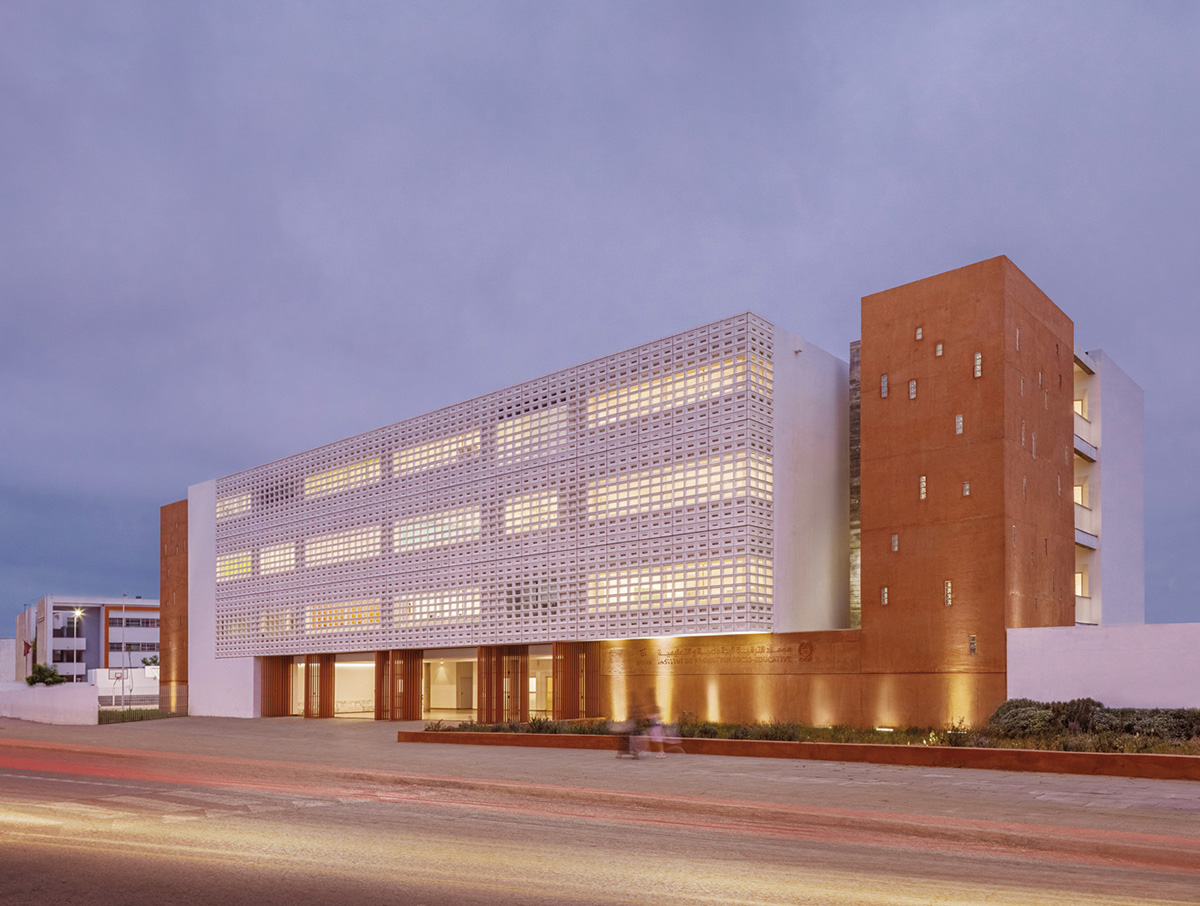 The architecture of the project is inspired by the local heritage of the "Portuguese city" (the flagship monument of El Jadida, Morocco), to integrate as well as possible in its context. The staircase, which is inspired by the city walls, takes on the vertical movement as a symbolic existence. This symbolic appeal creates a force of attraction that allows the project to generate interest and admiration even from the outside.

Adaptation to the climatic context was also a very important point in the design of the building. Thus, the elegant white envelope made of GRC panels plays the same function as the mashrabiya. It protects from the excessive heat of the sun and sculpts the daylight, creating poetry and spirituality in the interior spaces. The interior "alley" that crosses the building reminds of the narrow and shady streets of the Medinas. It is the thread that connects all the spaces. 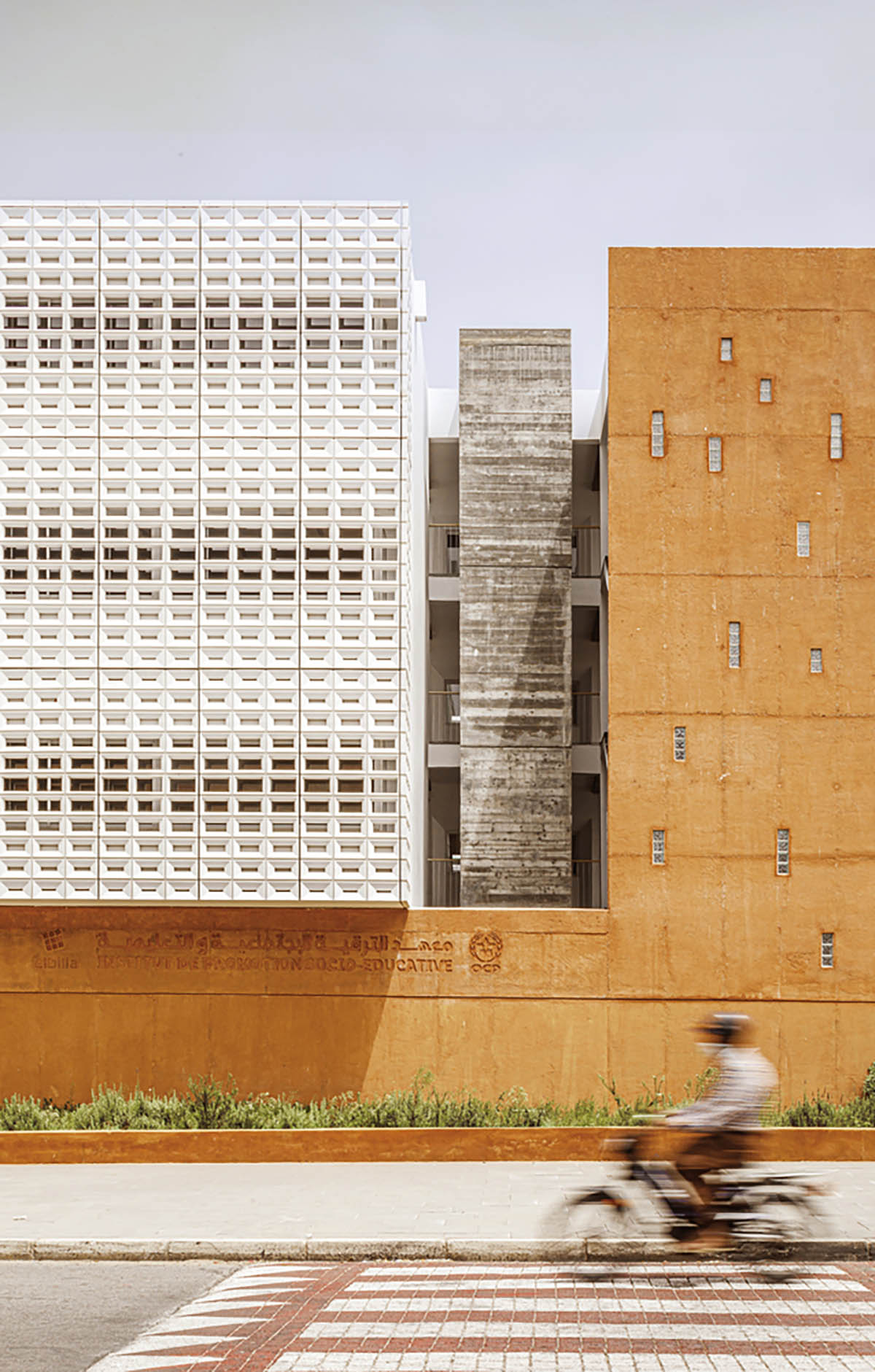 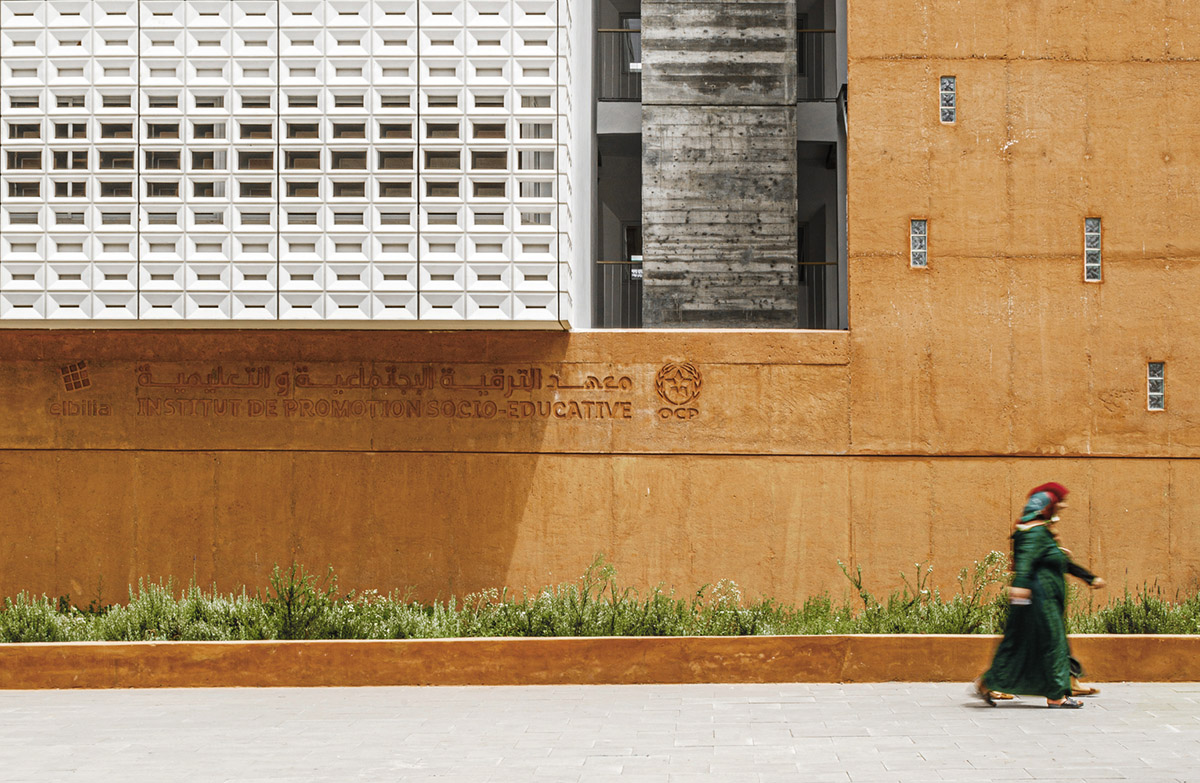 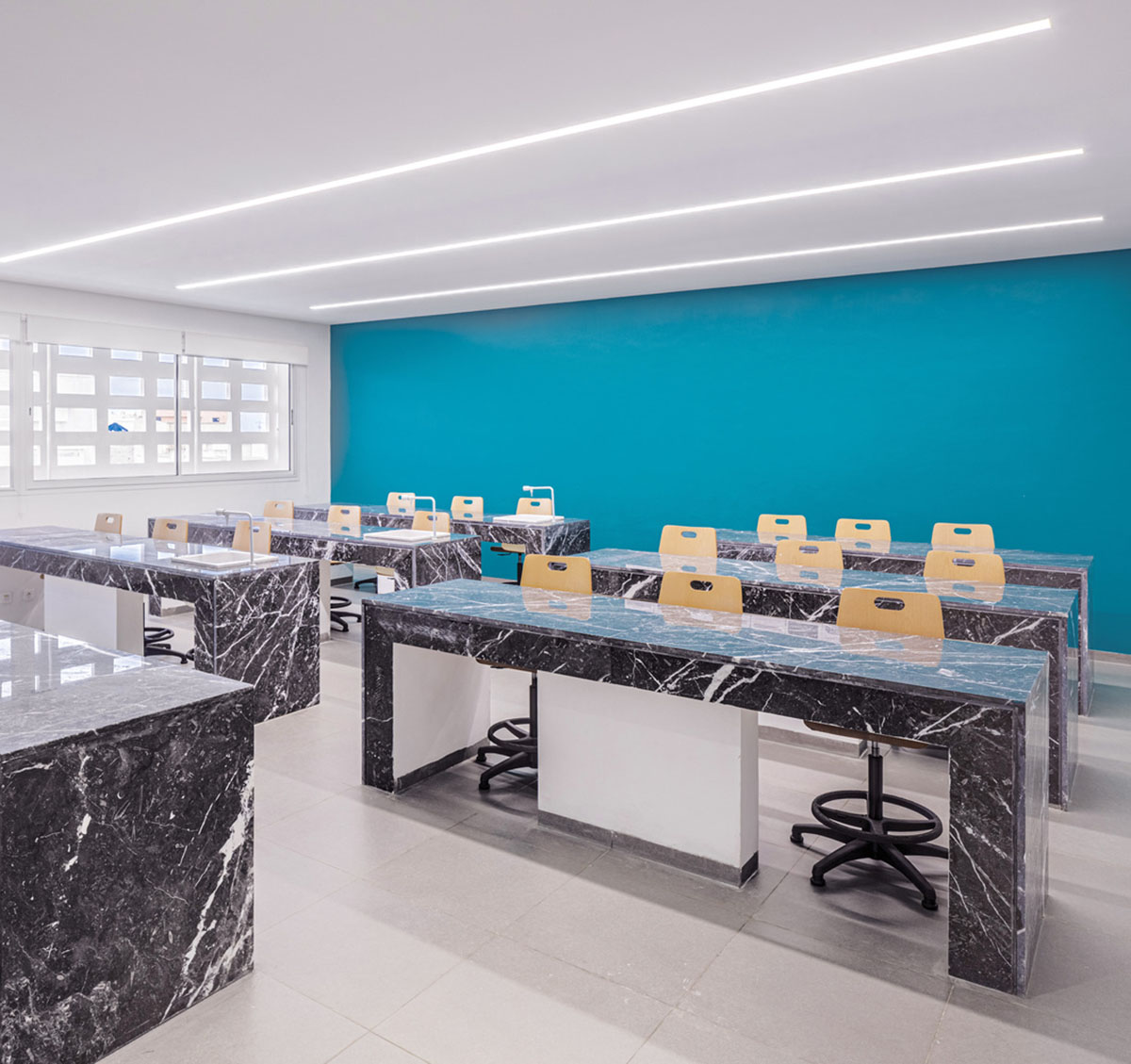 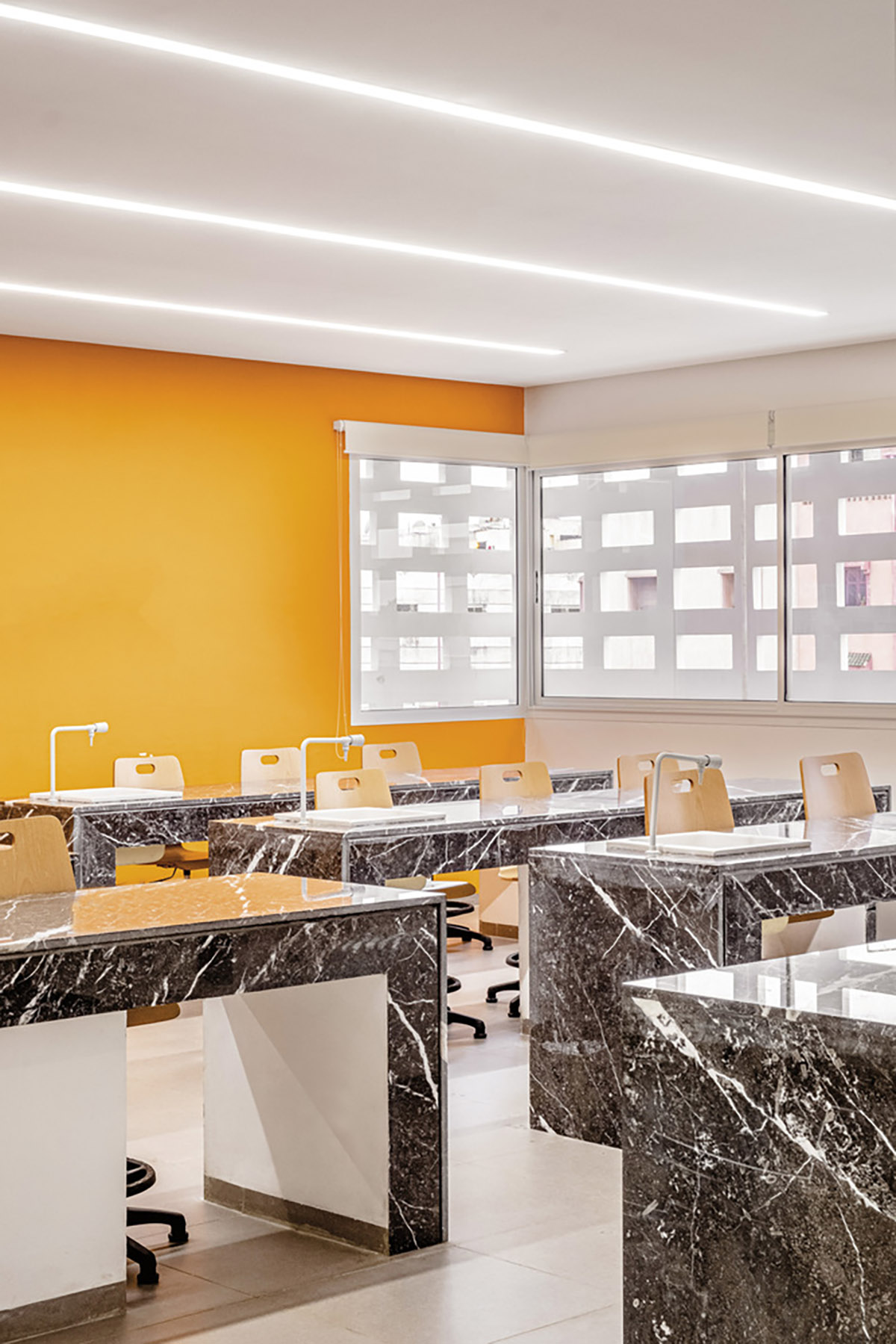