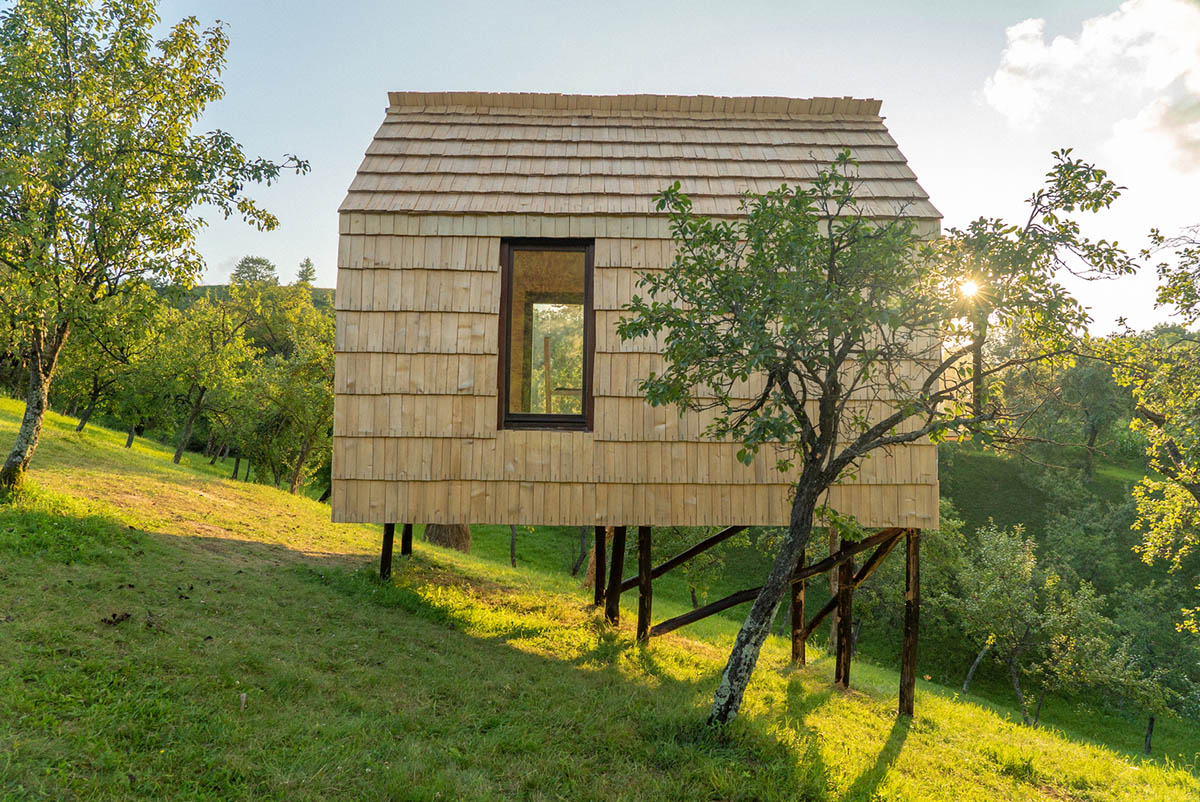 WeWilder, a WWF Panda Labs prototype, has built a “tiny house” developed through voluntary efforts in an orchard, in the Old Village of Armenis in Romania to experience nature overlooking this amazing views.

Named MuMA Hut, the 15-square-metre house, designed by the architect Miodrag Stoianov, invites guests who want to experience nature both outside and inside the cottage with an audacious window onto the landscape.

The project of Muma Hut has been developed as a prototype for the WeWilder Village Campus, comprising a set of cottages and a community space in the making, with a role of co-working in nature and nudging a nature sharing economy. 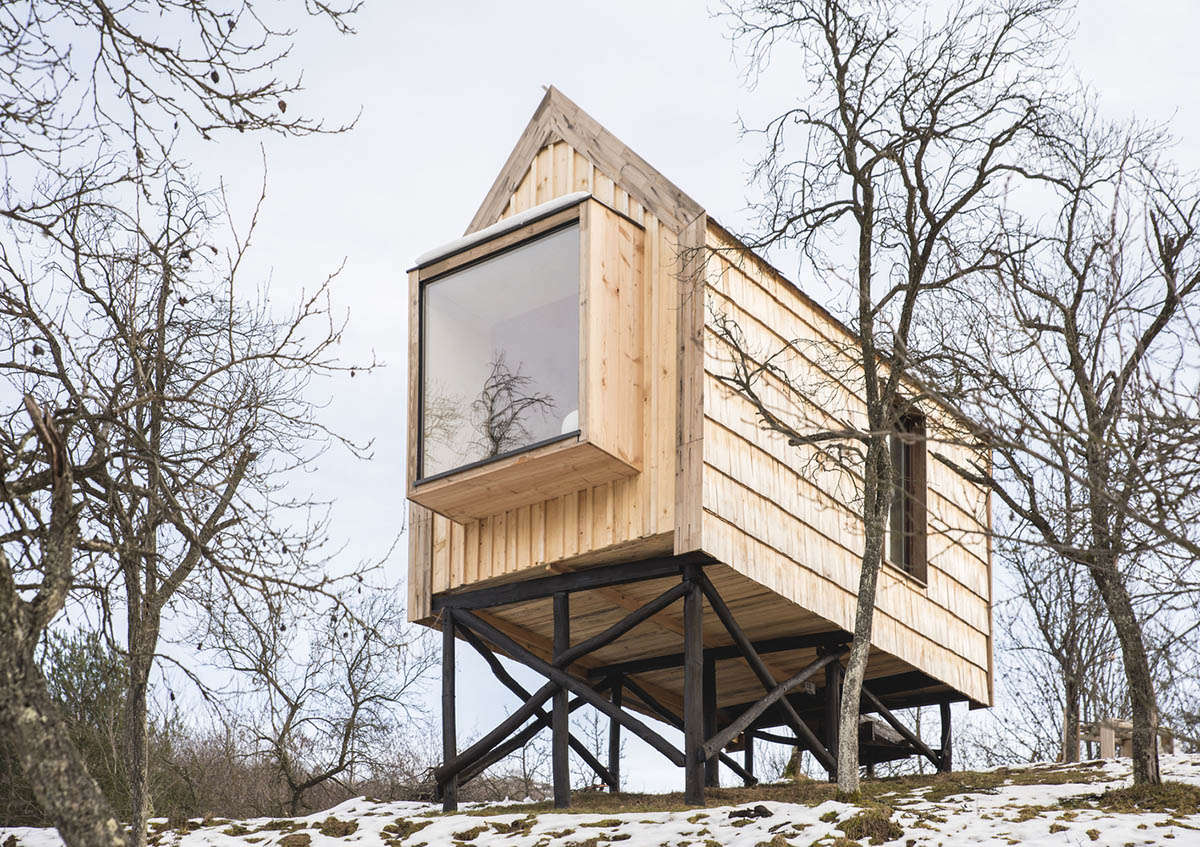 Raised on structural wooden legs, the tiny hut is a one-room space that contains a bed and a table and a big window that frames this beautiful nature.

Th project has emerged through a “design+build” workshop over several weekends between May and August 2020, as the team explained.

The project was constructed with local volunteer efforts, which gave locals increased confidence in their own strengths and possibilities. "The work sprint reminded me of the old days when the community got together and contributed to the raising of houses," added the studio. 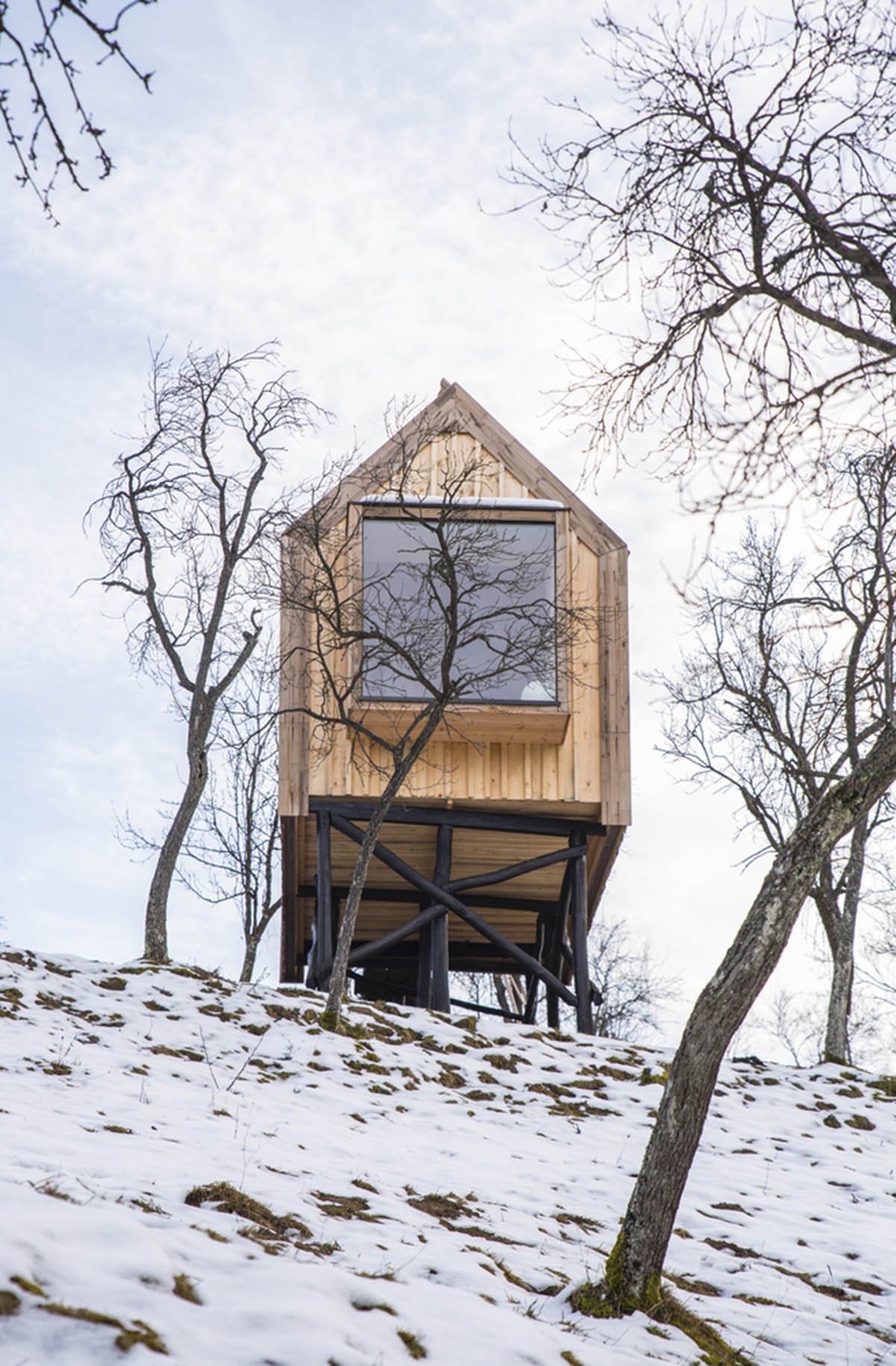 The hut was made of local materials collected from the area, with the aim of revitalizing traditional practices, the structure intended to be an example of shape - like an “orchard room” emphasizing this approach. 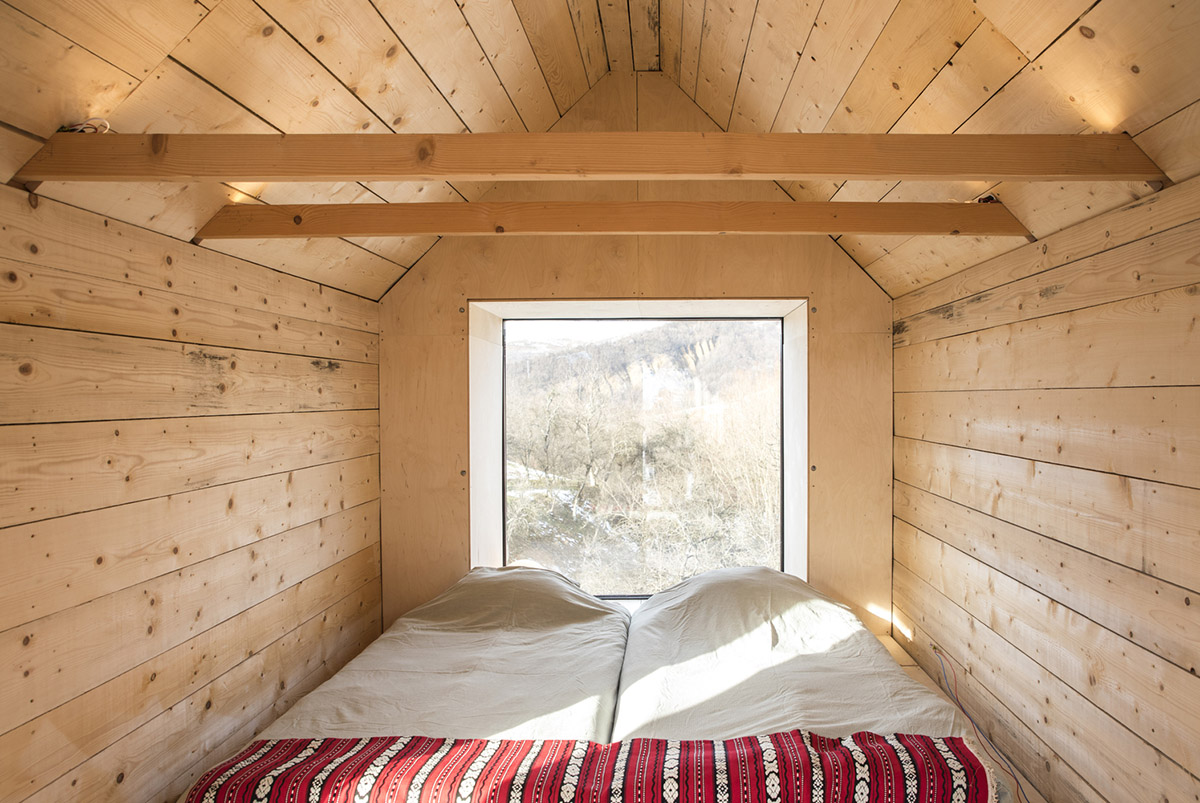 The team used wood for the structure/enclosures as well as shingles, made locally by the nephew of an old craftsman. As the team noted, the local people also provided food and transport for the volunteers, giving them a taste of traditions. 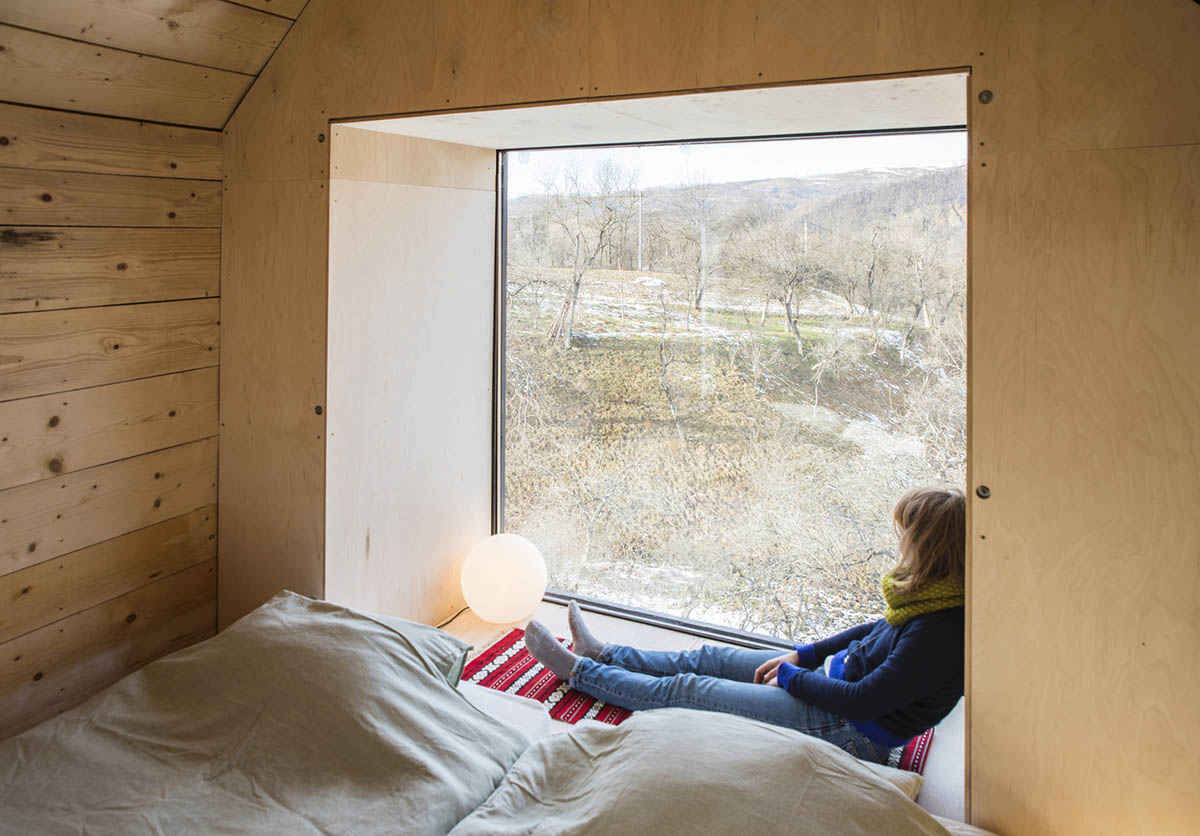 "The idea was sparked by Danu’s dream, a local ranger who envisioned rebuilding his childhood tree-house and was set in motion when architect Miodrag Stoianov offered his support to the WWF initiative in the area, where around 80 bison were reintroduced to roam freely in nature," said WeWilder.

"Rewilding has been fundamental for the development of ecotourism, and Muma Hut has the role of catalyst and example for the infrastructure necessary for the longevity of nature-driven sustainable development." 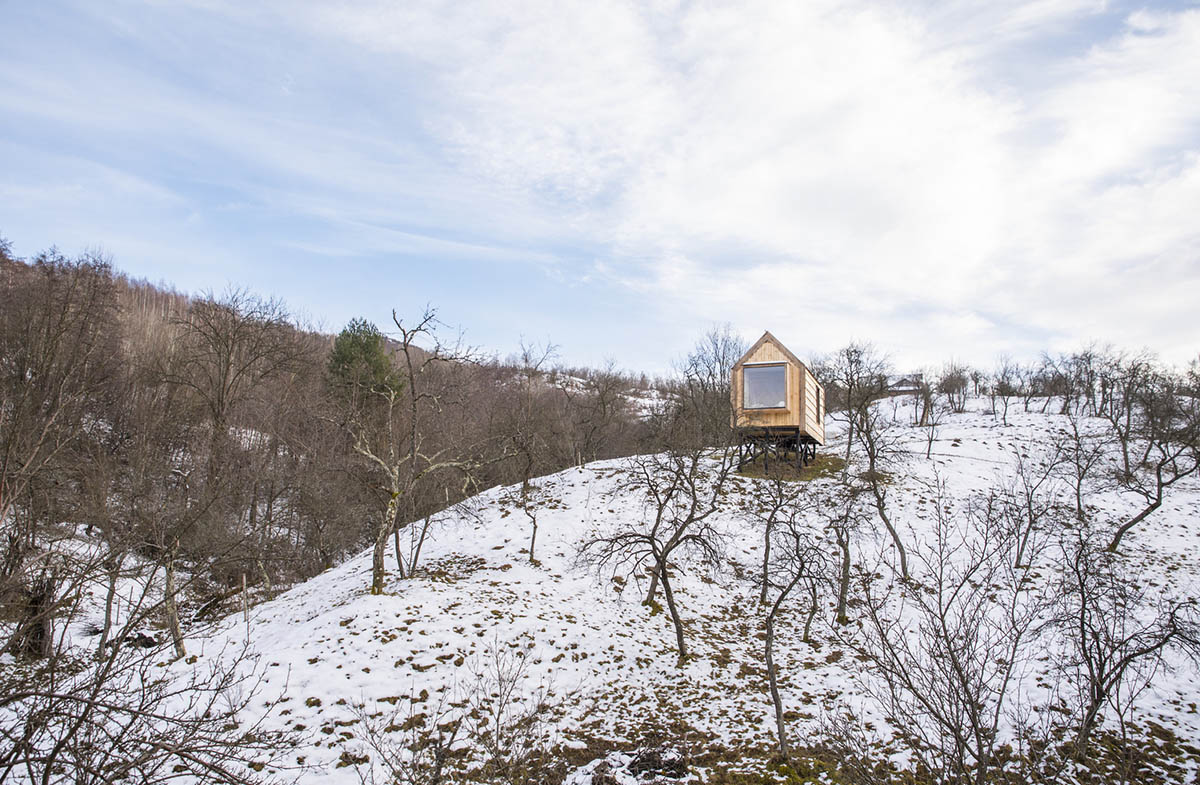 MuMA hut embodies an experimental approach of bringing together unusual allies to short-circuit the economic and financial barriers that rural areas and society face. 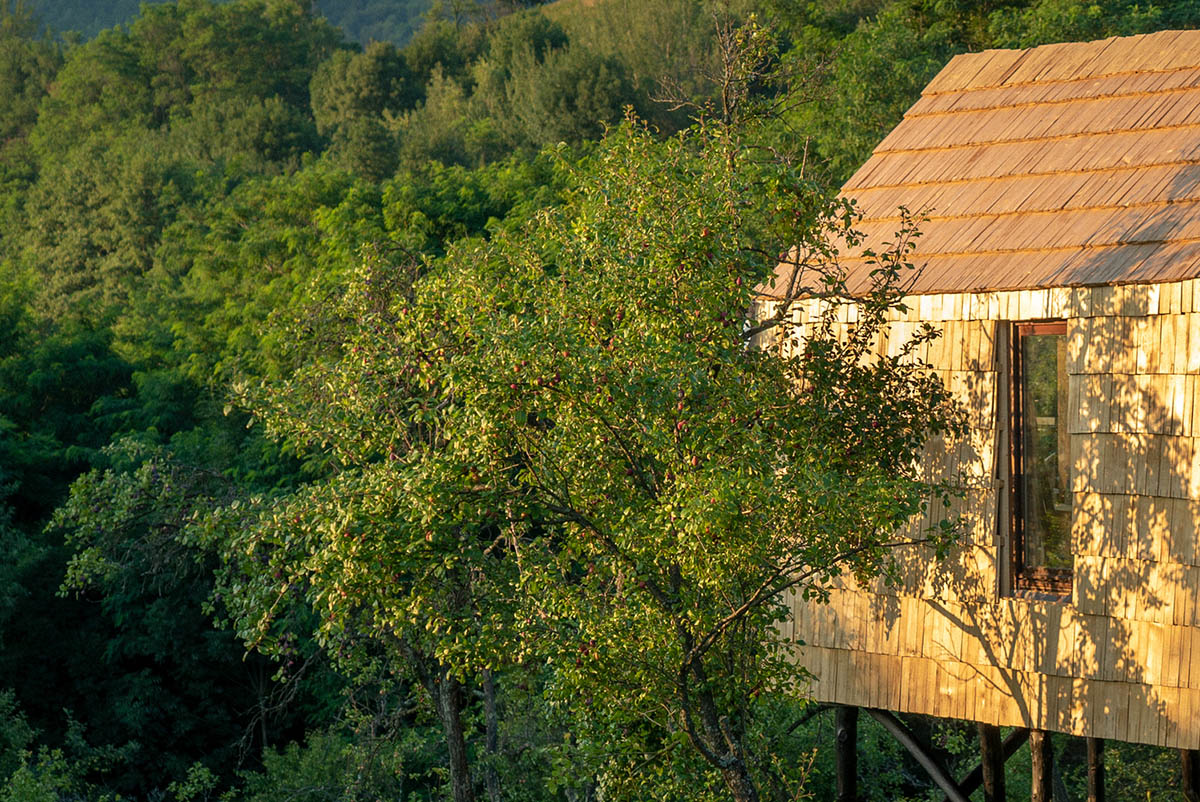 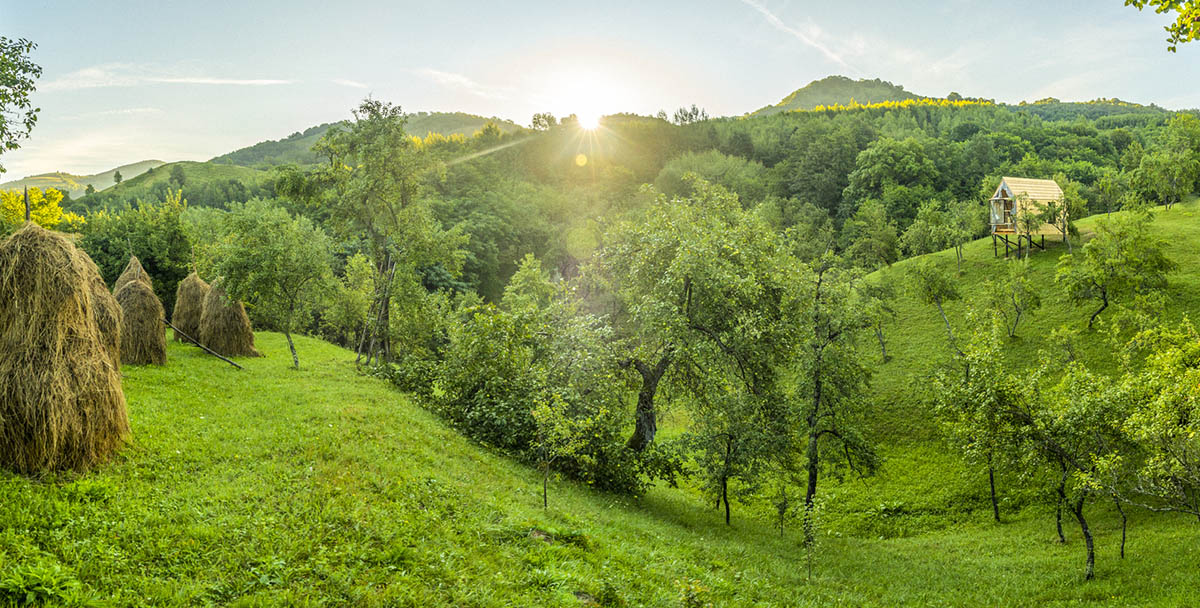 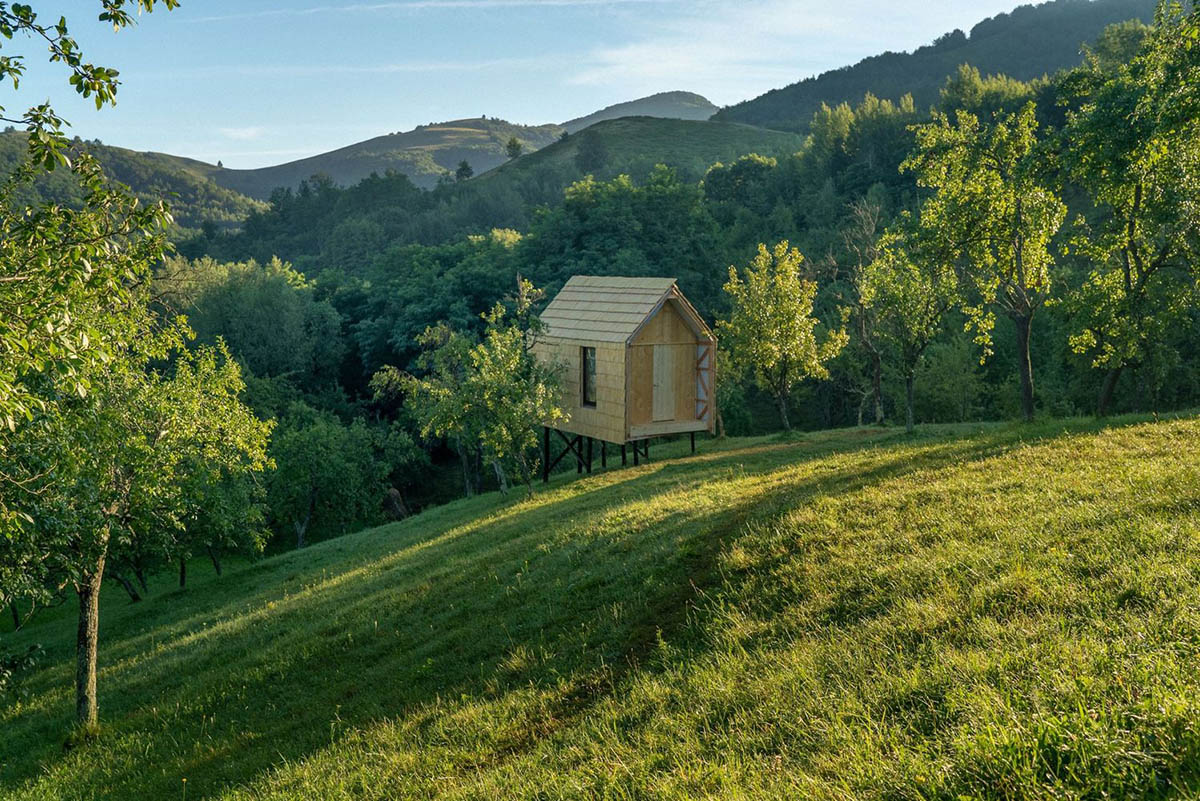 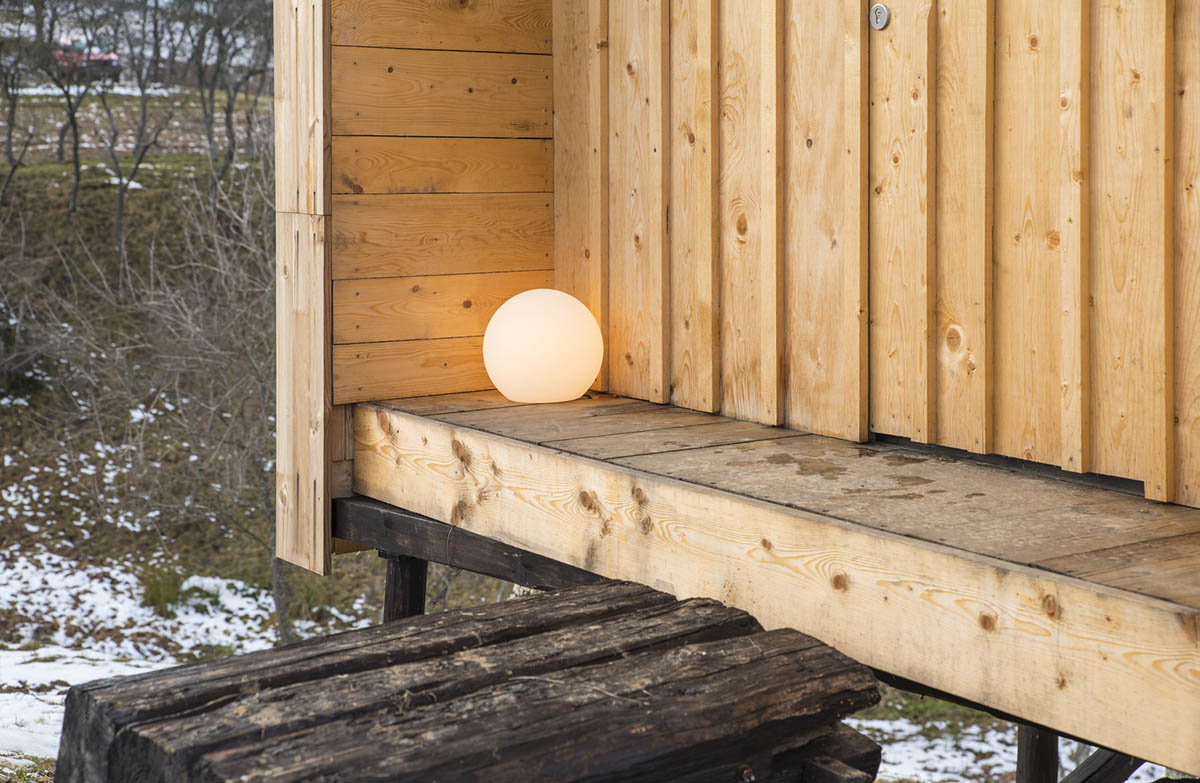 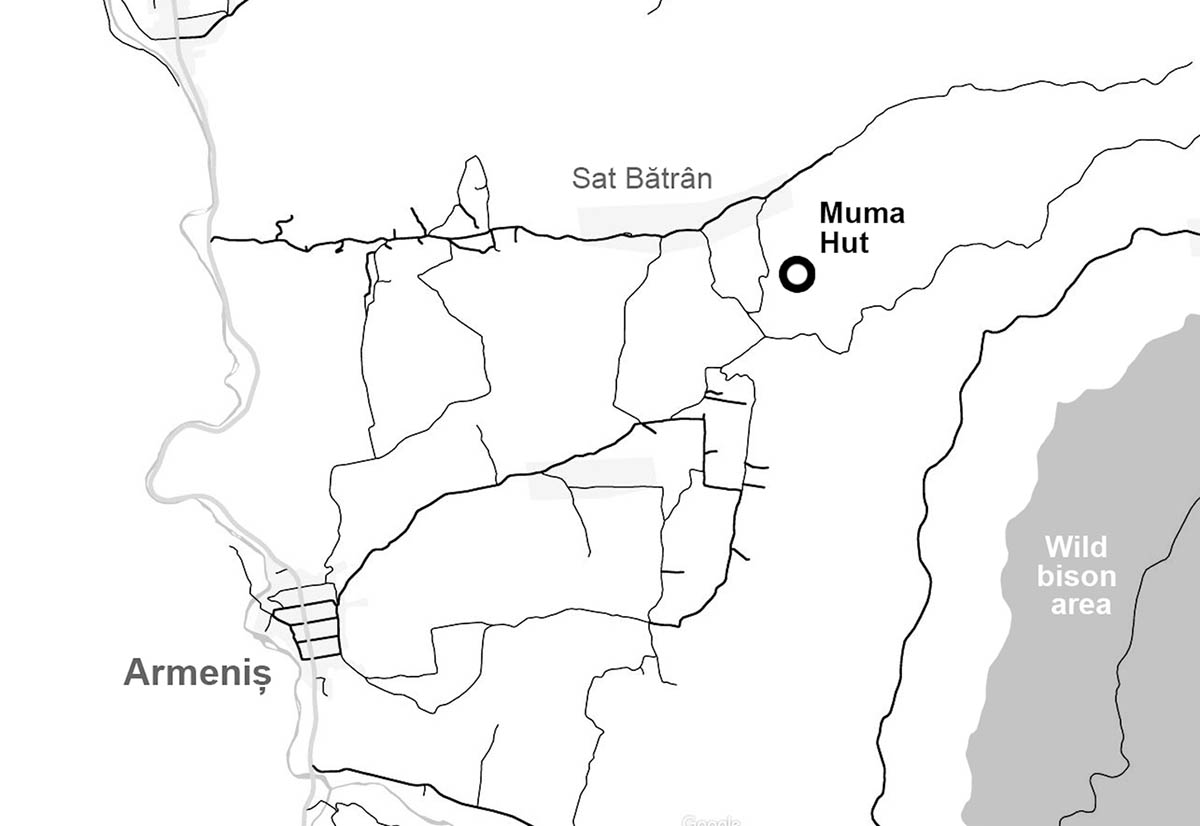 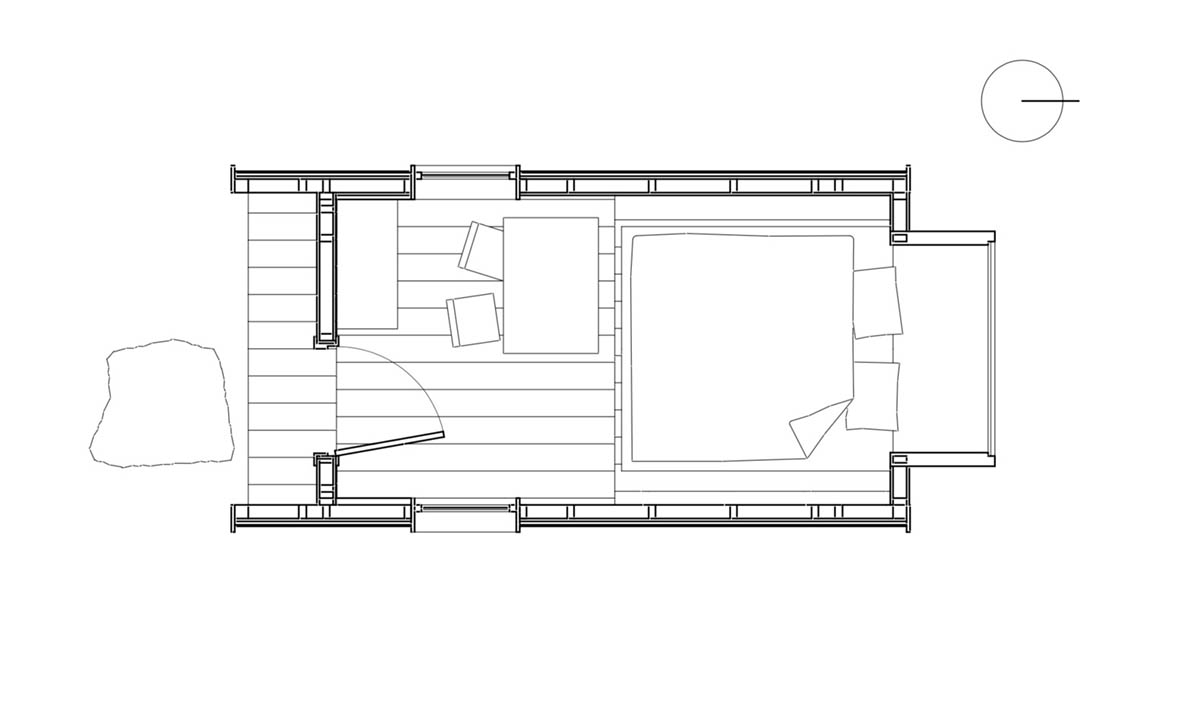 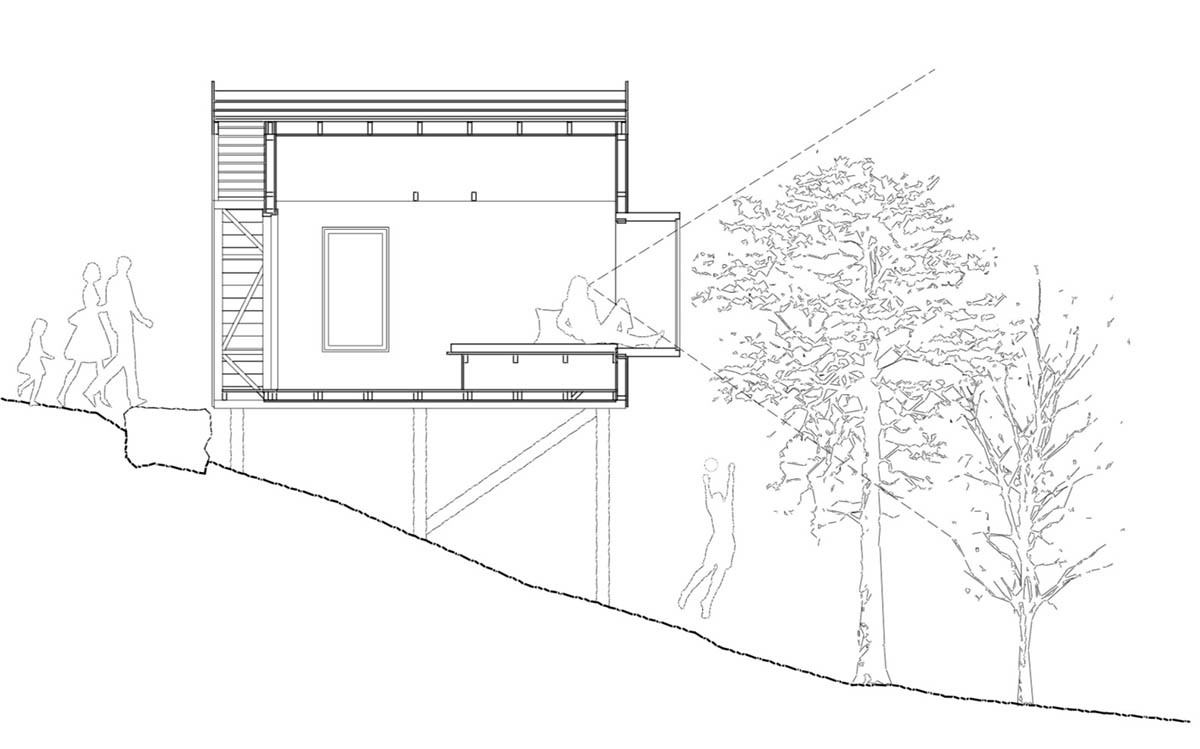