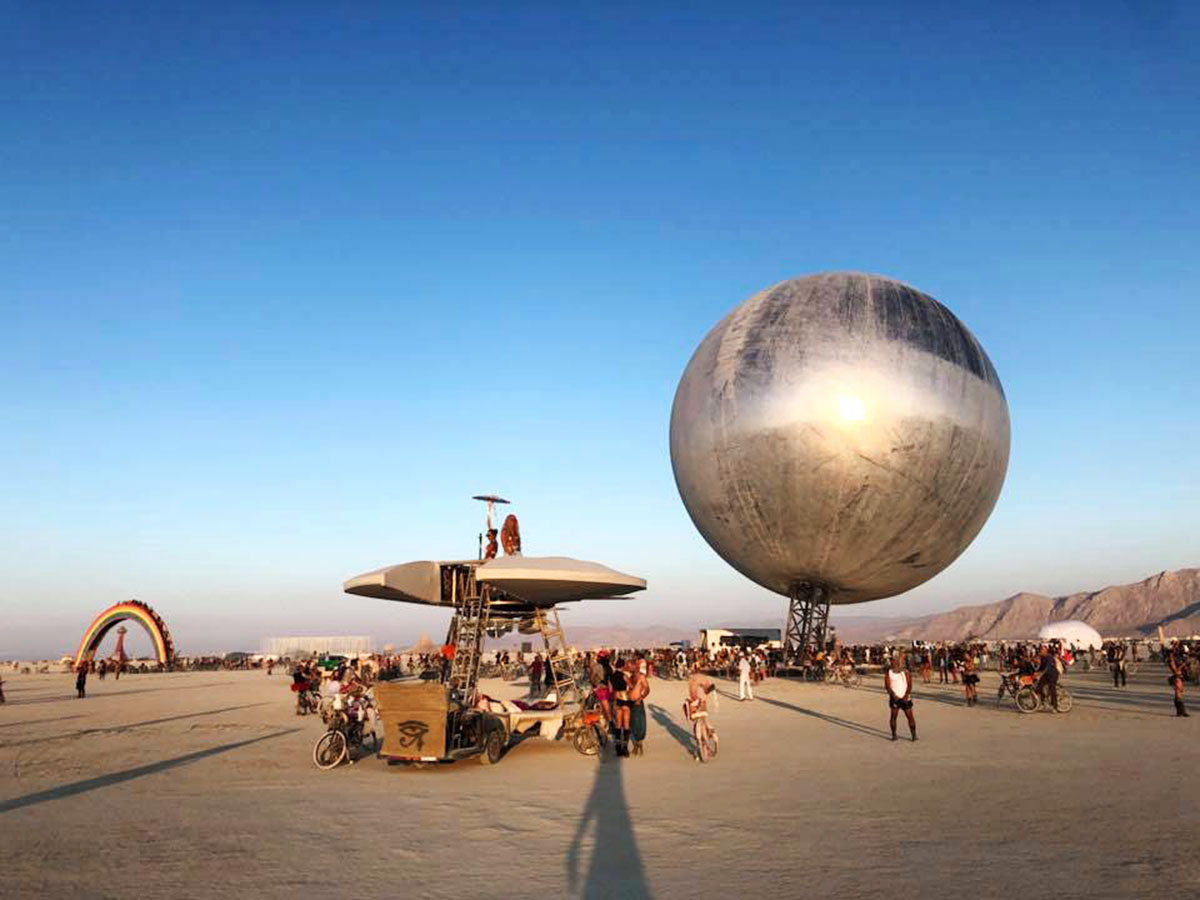 Bjarke Ingels and Jacob Lange's giant mirrored Orb has started to rise at this year's Burning Man, the Orb will be one of hotly-anticipated installations in the Black Rock Desert of Nevada. BIG's Partner Kai-Uwe Bergmann has shared the first images of the installation during its preparations in the heart of the desert.

The 2018 Burning Man has finally kicked off on August 26, 2018 with the theme of "I, Robot". A series of mesmerizing art installations will invade Nevada that forms a desert city until September 3, 2018. 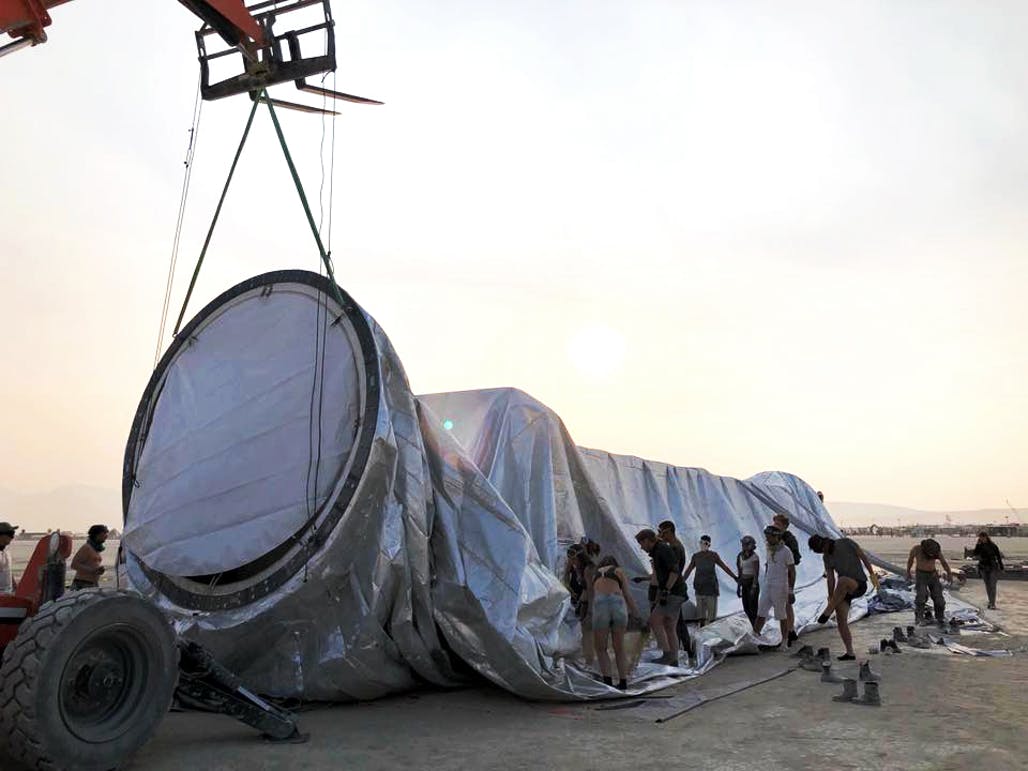 Bjarke Ingels and Jacob Lange launched a crowdfunding campaign earlier July to install this giant mirrored sphere at this year's Burning Man, and the partners have reached $34,251 USD, targeting $50,000 in total for materials and construction.

Although the campaign is still ongoing, the newly published images show that the Orb has already reached enough budget for installation and material needs. Unlike previous years, the organization started a live broadcast showing the installations and preparations of the Burning Man.

Ingels and Lange aimed at creating a mirrored environment that can interact with every sci-fi fan, a wayfinder for travelers. Described also as "a huge disco ball", the giant sphere will provide an eye-catching party environment to those who love a good party at the heart of desert.

The ORB is a completely mirrored sphere, scaled to 1/500,000th of the earth’s surface, with a diameter of nearly 100 feet (30 metres) and is raised from the ground by a 32-metre inclined steel mast. The ORB looks simple, but actually consists of 5 main parts: Sphere, Mast, Baseplate, Foundation anchors and Installations (Fans ETC.), as explained in its crowdfunding website. 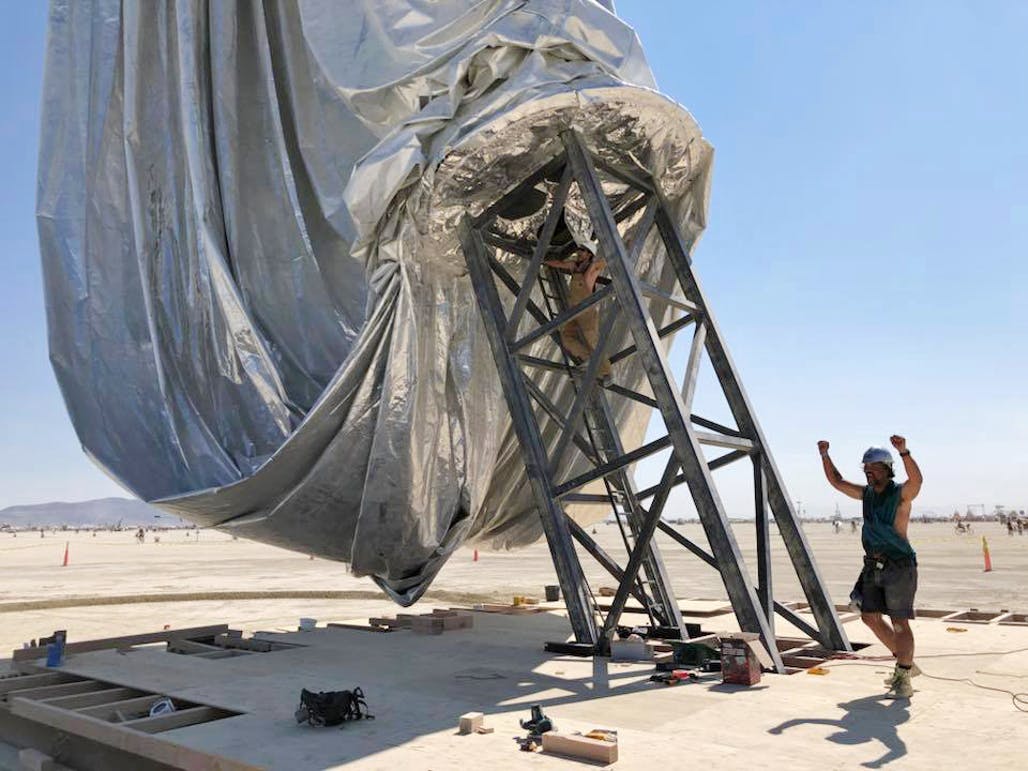 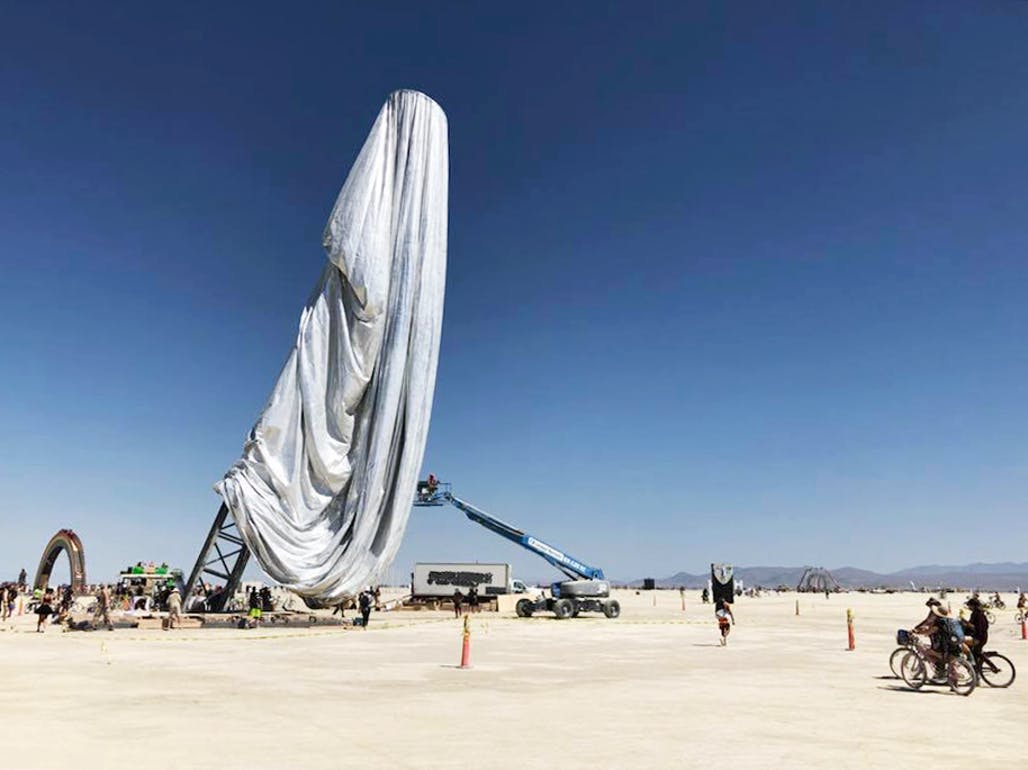 At Burning Man, this year’s art theme "I, Robot" will focus on the many forms of artificial intelligence that permeate our lives; from the humble algorithm and its subroutines that sift us, sort us and surveil us, to automated forms of labor that supplant us.

"Are we entering a Golden Age that frees us all from mindless labor? Everything, it seems, depends on HMI, the Human-Machine Interface. In a world increasingly controlled by smart machines, who will be master and who will be the slave?". 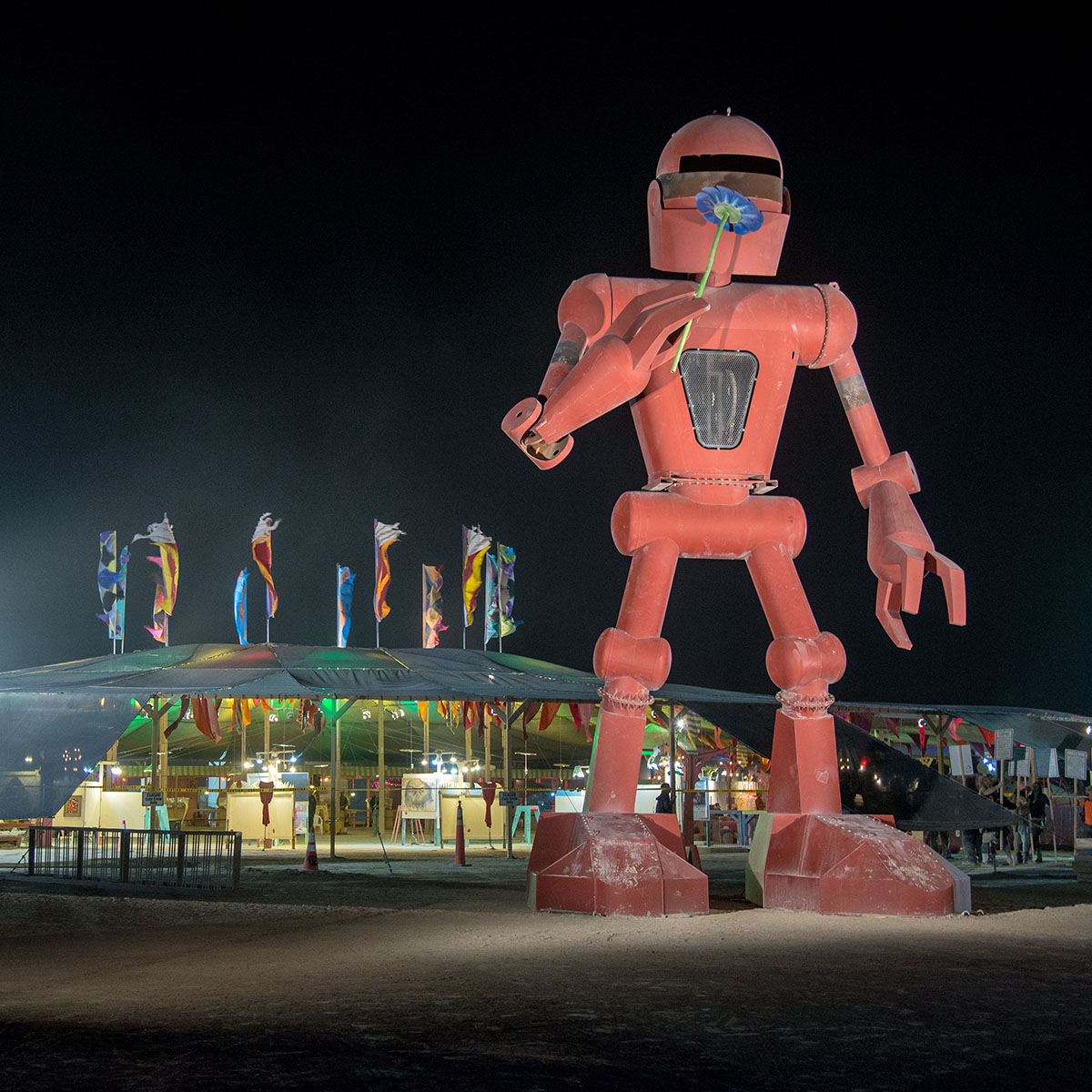 Burning Man invited participants to use their native genius to create expressive robots of all kinds. They also welcomed art that examines how it feels to live in a world that is filled with robots. This is a science fiction theme, as described by the orgnization. 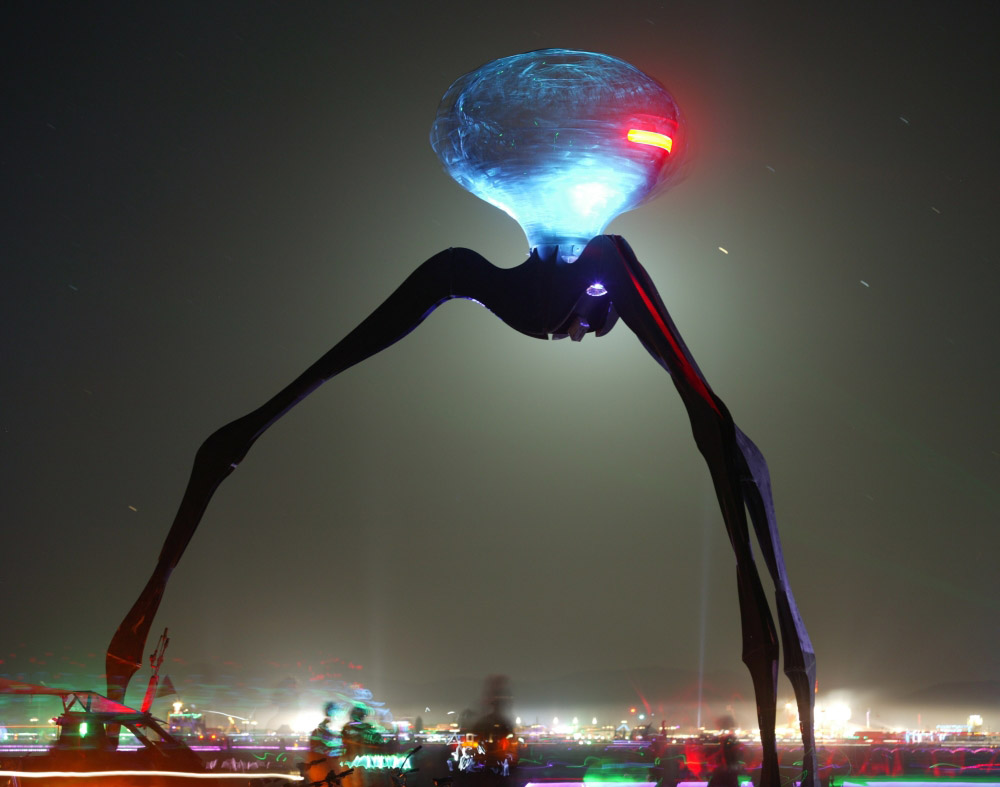 "Burning Man has been pioneering the post-work world for decades. What would you do if you could do what you wanted? And not what you had to do to make a living?," said Burning Man.

"Reawakening those desires is a transformative experience; relearning how to dream, how to play, how to have desires that arise innately from your being, rather than selected off a shelf of preprogramed experiences — and perhaps most importantly, to do all this in a community that brings you into living contact with your fellow human beings."