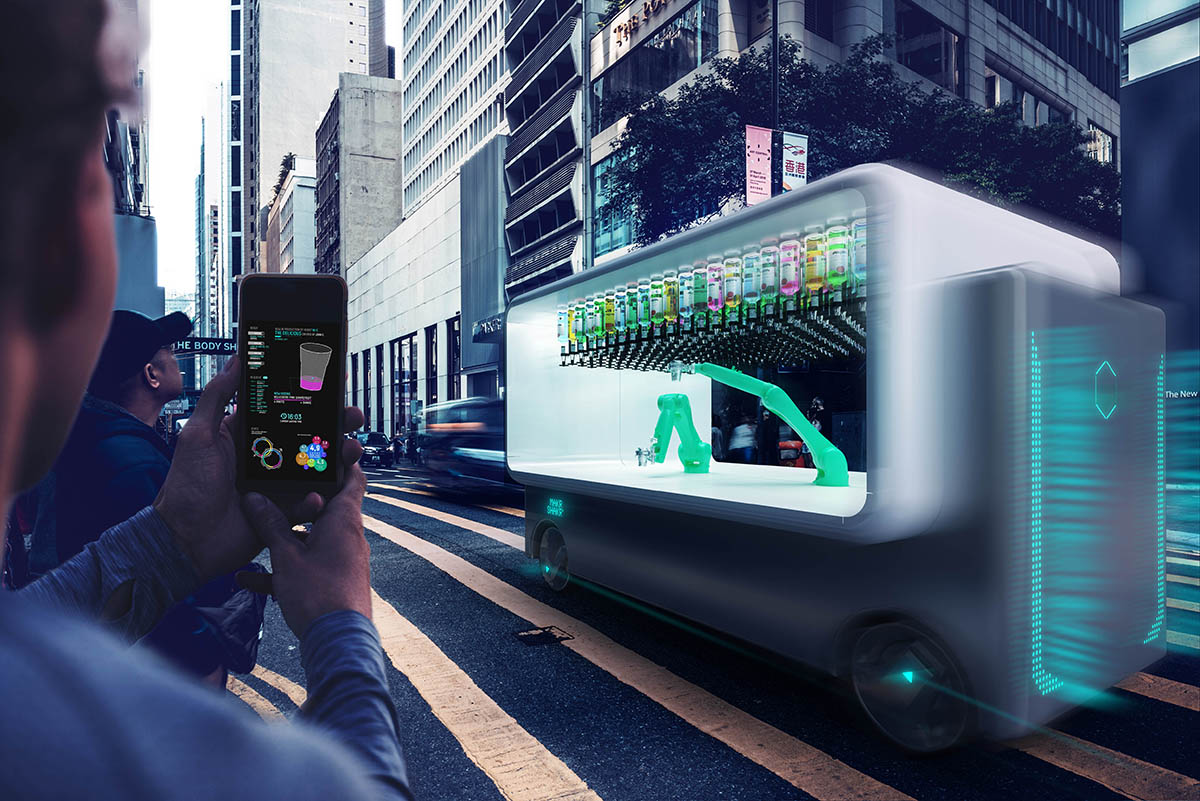 International design and innovation office Carlo Ratti Associati (CRA), in collaboration with Makr Shakr, has unveiled design for a driverless robotic cafe, which will be the world's first self-driving bar unit.

Dubbed GUIDO, the project has been developed for Makr Shakr, the world’s leading producer of robotic bartenders, and aims to propose new on-demand ways to enjoy leisure in cities.

The project is made of a unit featuring two mechanical arms that can precisely prepare and serve any drink combination in seconds, mounted over a self-driving vehicle platform.

GUIDO can move around autonomously on wheels, thanks to self-driving technology. An app will allow anyone to book it and wait till GUIDO comes to where they are – almost like in drink-hailing mode. When it arrives, you can order a drink with the app, and the robotic bartender will source the cocktail’s components from the bottles atop the counter and craft your drink. The system will be able to verify people’s ages through their IDs and let them pay via mobile phone. GUIDO (a popular Italian name that also means "I drive") is more than an experiment in combining new technologies: it is also a way of imagining new social opportunities in the metropolis. Right now, in many cities, small central areas are full of life while only a few steps away more peripheral areas are empty and lifeless, and sometimes unsafe.

GUIDO offers an alternative, imagining that different parts of the city can be activated by the opportunity to enjoy one’s leisure time on their streets. There is also the potential to create new social dynamics, for instance with one person’s decision to call over GUIDO, creating serendipitous, smaller hubs of activity, and uniting neighbors and passerby who might not otherwise meet.

"GUIDO is the application of a city-on-demand paradigm. By matching Makr Shakr’s robotic bartenders with the mobility systems of the future researched by CRA, we can put forward a new idea for the experience of leisure," said Emanuele Rossetti, CEO of Makr Shakr:

"Our company has always encouraged a paradigm of participation when it comes to making your own drink. Now, what happens if you extend the same approach to the city? With GUIDO, we show how technologies can make cities more responsive, and ultimately more fun." 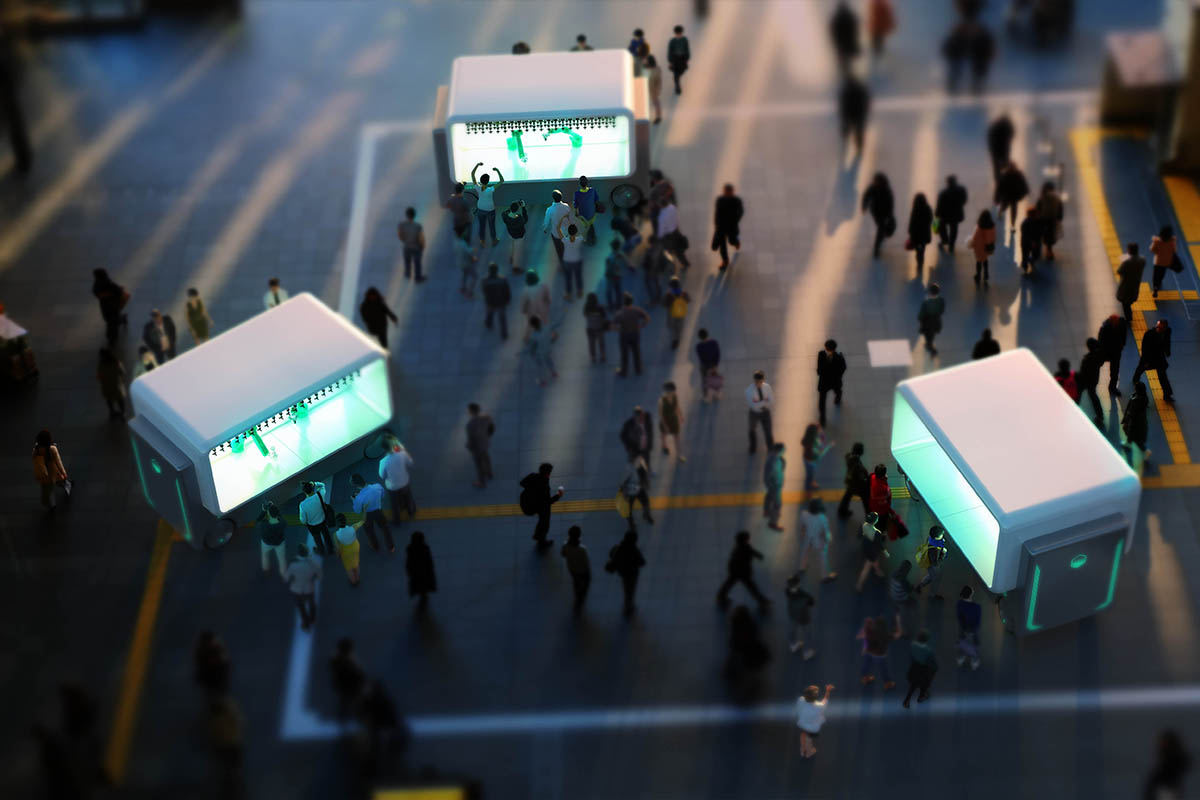 GUIDO is a new collaboration between CRA and Makr Shakr, the world's leading manufacturer of robotic bartenders, which in the last 4 years has been serving 1.200.000 drinks all around the world, aboard Royal Caribbean cruise ships as well as in casinos in Las Vegas and throughout the United States. Earlier this summer, CRA designed Makr Shakr 3.0, the first version of the robotic bartender catered for the mass market, with a reconfigurable machine available for purchase at 99.000 euros.

This project continues CRA’s long-time interest in autonomous mobility. Recently, CRA’s master plan for an innovation district on the ex-site of the Expo Milano 2015 included streets and roads designed for a future of exclusively self-driving vehicles. Furthermore, the Senseable City Lab at MIT, directed by Ratti, has done extensive research into the way self-driving will change the urban experience, from designing Roboat, a self-driving boat piloted on the Amsterdam canals, to studying the impact of future shared mobility models. In a paper published in Nature in spring 2018, a team of researchers led by Ratti addressed the “minimum fleet” issue by calculating that a city’s mobility demand could be satisfied with a central dispatching system that would allow a 40% reduction in the number of taxis needed.

Currently a concept, GUIDO will be developed in the course of 2019 in collaboration with international municipalities, to create a new on-the-go drink experience.