Due to popular demand and late comers, we have decided to extend the participation deadline for the World Architecture Community's WA Awards 10+5+X competition, all architects are expected to submit their entries until October 24, 2018 (at 23:59 GMT).

This will be the last extension to showcase your work on the well-reputed and acclaimed WA Awards 10+5+X.

WA Awards is completely FREE for WAC Professional Members and Students. Participants can upgrade their accounts from their WAC accounts or here (Subscribe As A WA Professional Member), which will give them free entry, as part of their membership benefits, with 1 project in each Cycle. In addition, these easy instructions will help participants to sent their projects in 4 (+1) Easy Steps. 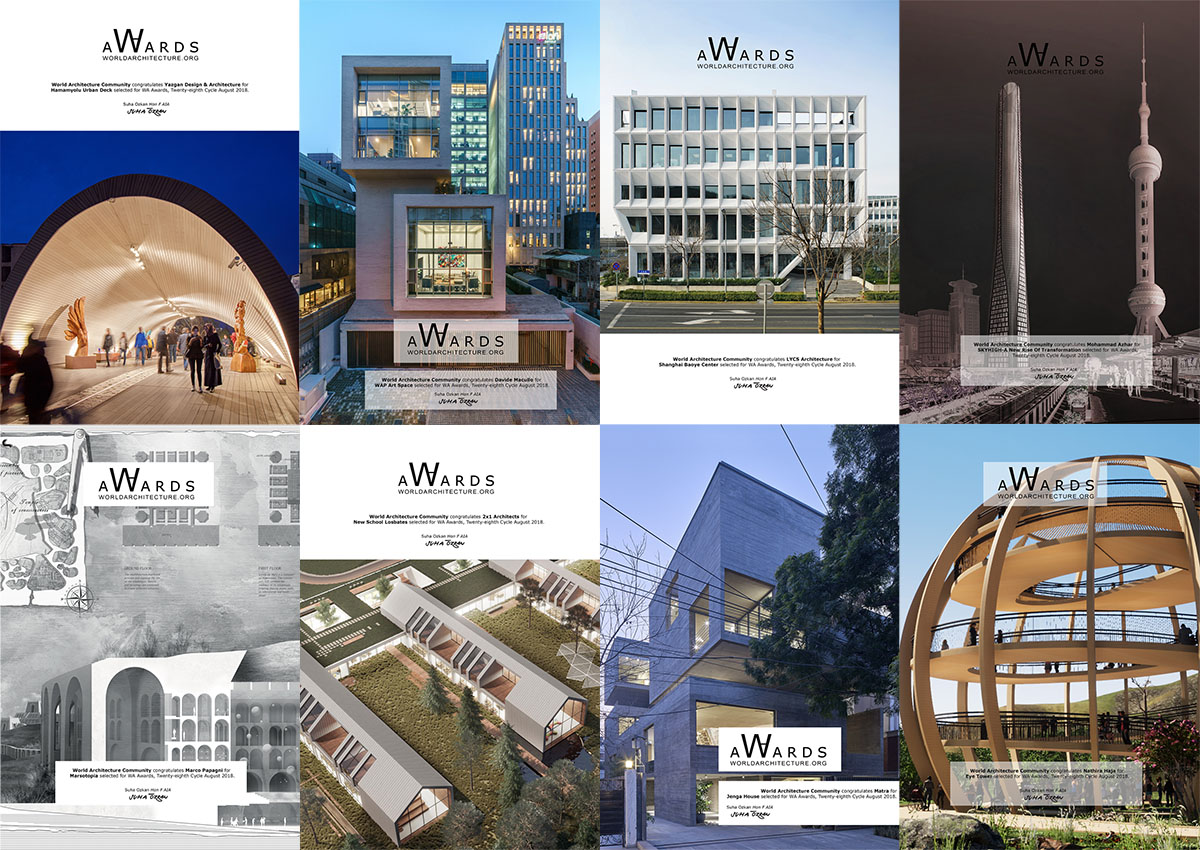 All pricing details and benefits for WAC Professional Members can be seen from here. You can peruse WA Awards' previous winners for the 28th Cycle.