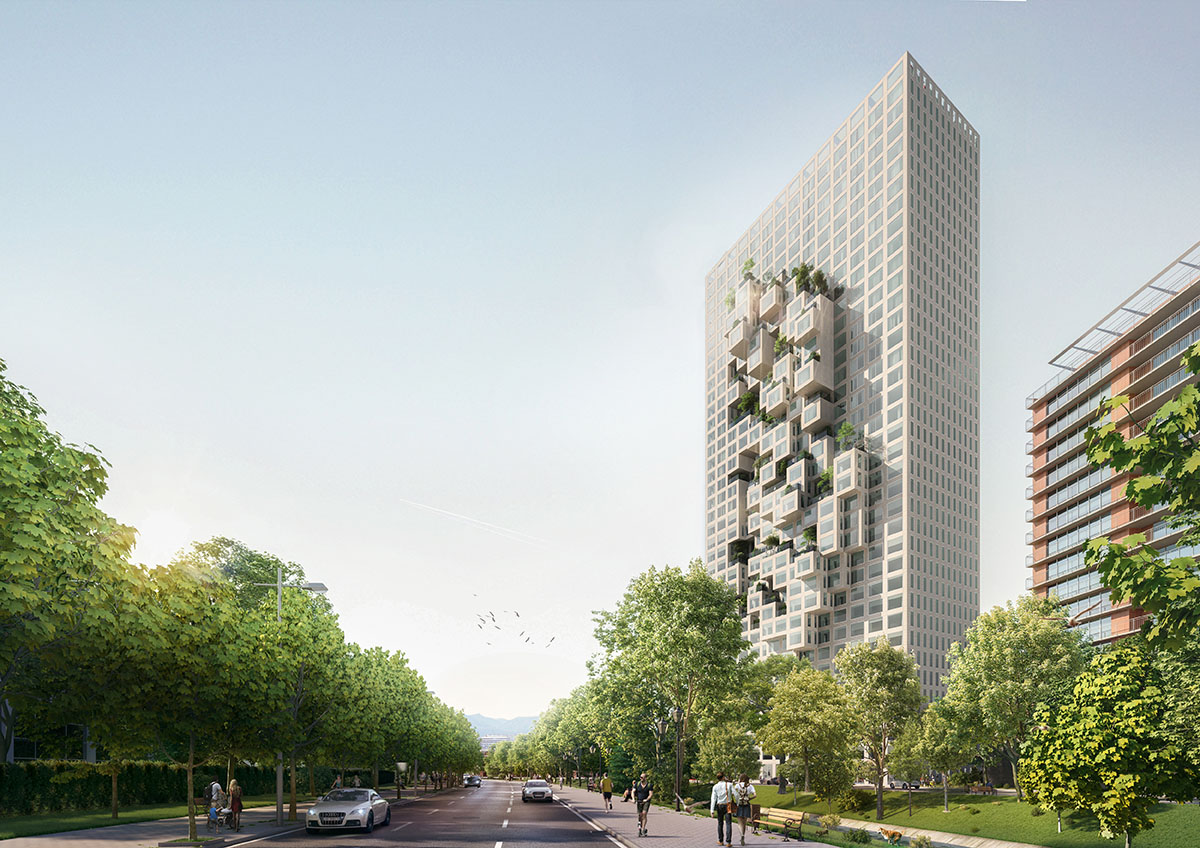 MVRDV has released design for a new tower in Tirana, as the construction work has already begun at site. Called Downtown One, the 140-metre-tall mixed-use skyscraper will become Albania’s tallest building in Tirana.

The most striking element of the 37-storey tower is its relief of cantilevered houses and offices, which form a pixelated ‘map’ of Albania, each representing a town or city, turning this building into an icon in the heart of Tirana, Albania. Developed by Kastrati Construction, the building is expected to be completed in 2024.

Located in central Tirana on the Bajram Curri Boulevard, to the south of the Lana River, Downtown One is envisioned as an expression celebrating the progress of Albania. 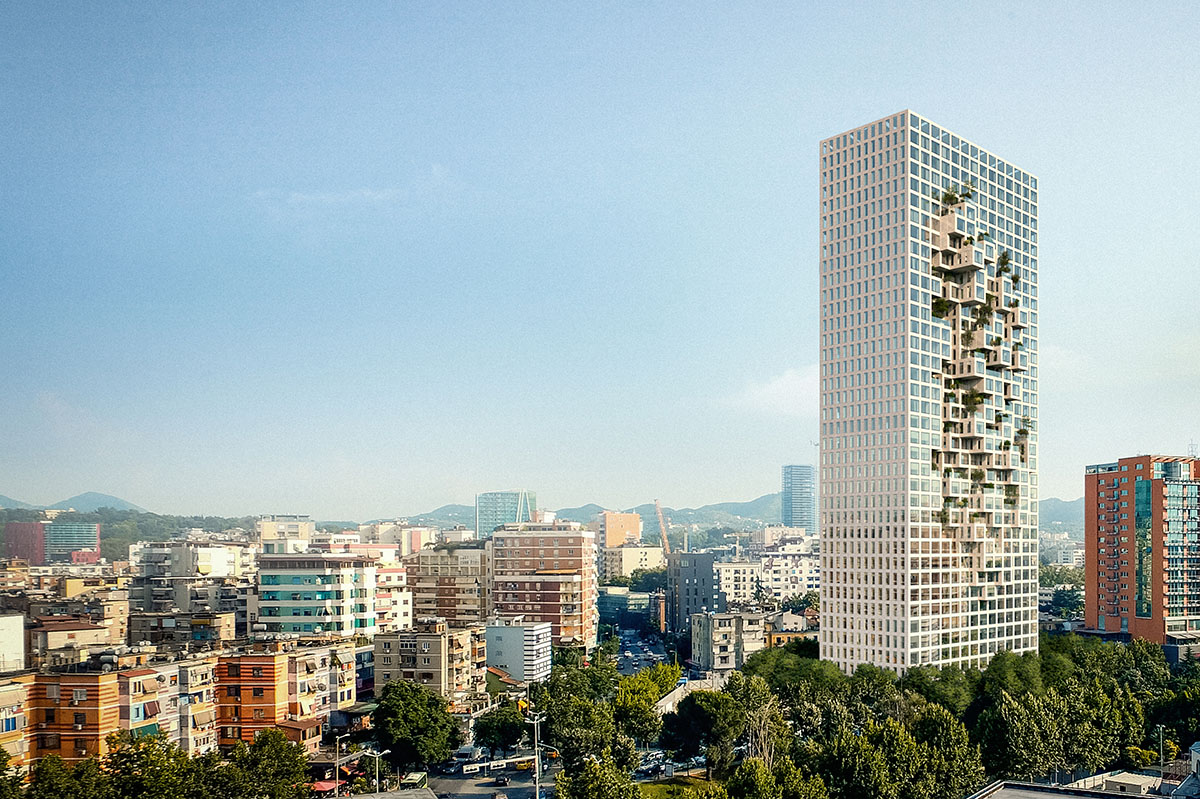 On its principle façades, the 140-metre rectilinear tower features a series of cantilevered houses and offices, forming a relief pattern on the building’s surface. Every house or office represents a village or town, so that when viewed from a distance, these cantilevers form an abstracted map of Albania.

"The importance of the cantilevers is not only iconographic; for occupants of the building, the projecting bay windows offer spectacular panoramic views of the city and the mountains, while the terraces created enable communication and connection between residents to give the feeling of a vertical village," said MVRDV.

"Residents will also be able to identify their home by reference to the geography of the Albania: somebody will live in the ‘Tirana pixel’, somebody else in the 'Durrës pixel', and so on."

"Albania has come a long way. Ten years ago it was the poorest country in Europe. Now it is a country with energy and ambition, working towards great economic improvements. We want to express this with our building," said Winy Maas, co-founder of MVRDV. 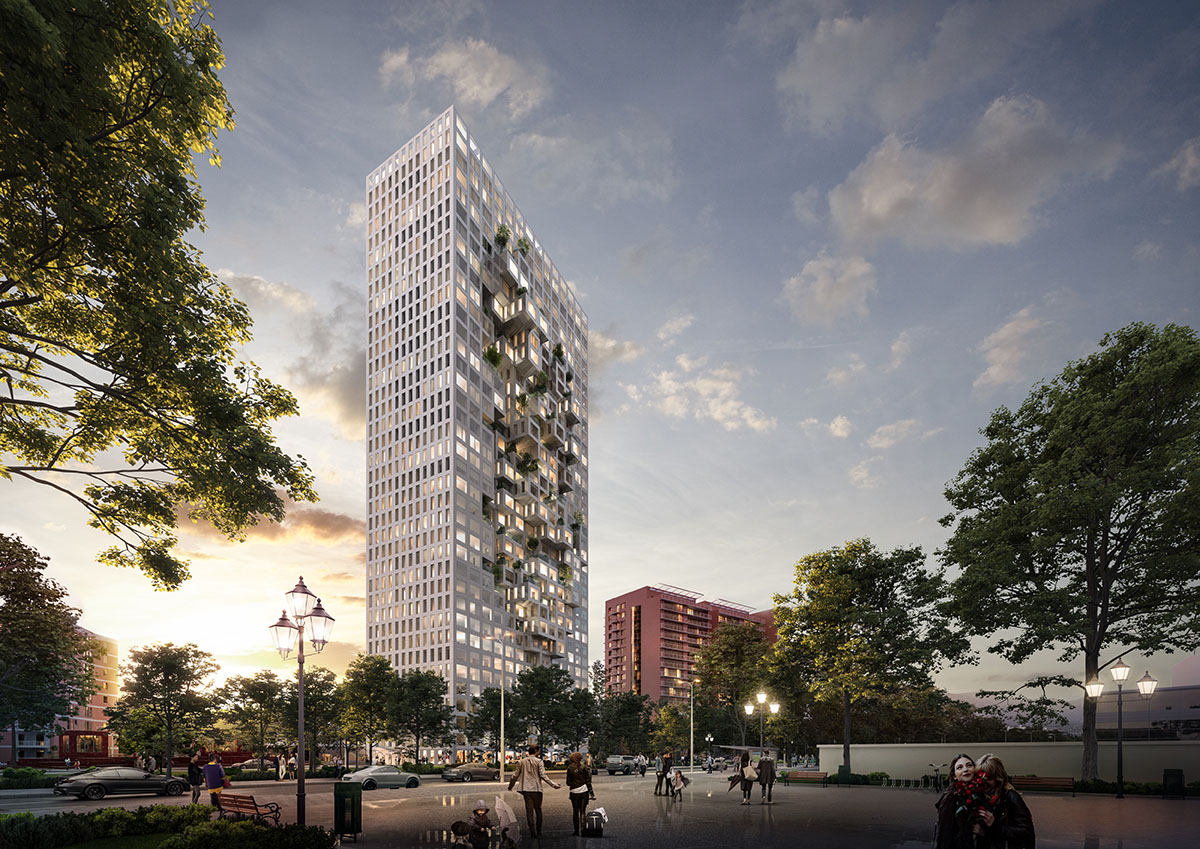 "The tower brings the feeling of a vertical village to the busy city centre, individual housing where communication with the neighbours is encouraged. Maybe it could even be seen as a vertical country! Every house or office adopts a town or city, together forming this map of Albania."

"The building will be visible from the nearby Skanderbeg square at the heart of the city. It forms part of the ensemble of towers that surround the square, the epicentre of the country," Maas continued.

Encompassing a total of 77,000 square metres, Downtown One will give the centre of Tirana an important boost through the mix of apartments, shops, offices, and restaurants. The 37-storey tower does not sit parallel to Bajram Curri Boulevard, but is rotated on its plot so that its principal façade faces toward Skanderbeg Square. 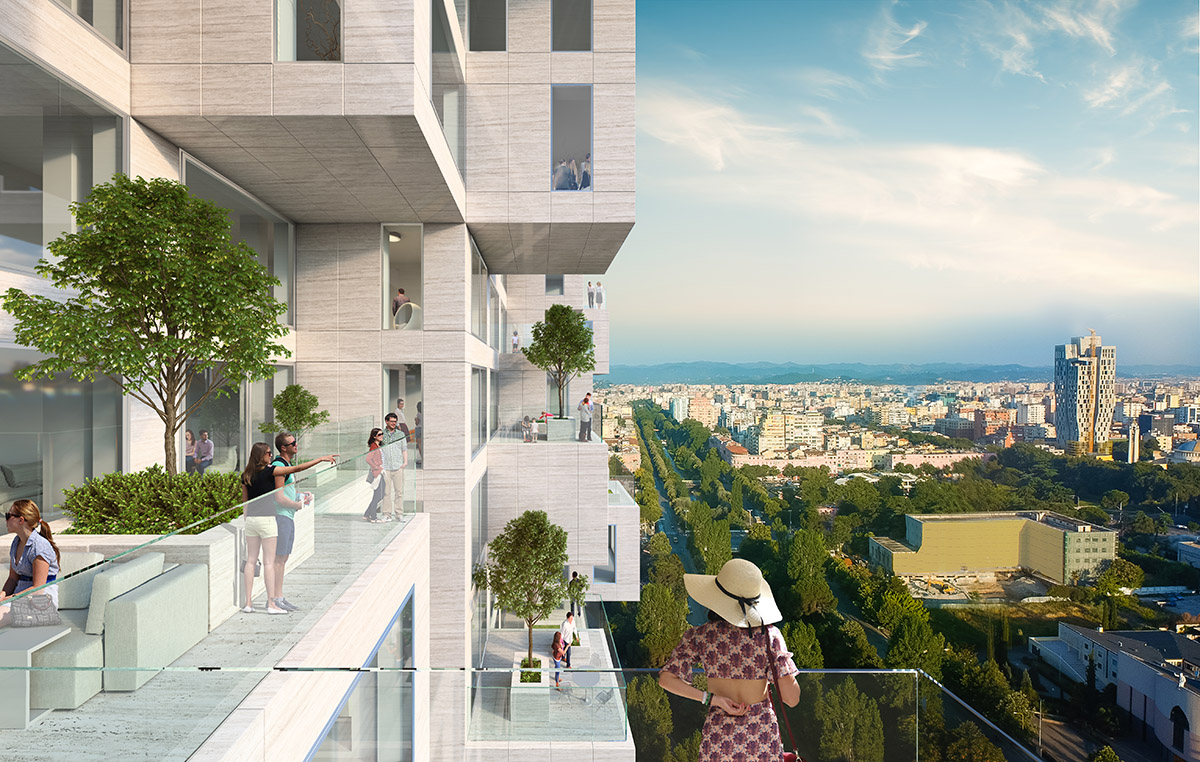 At its base is a park with local vegetation and an educational playground, while the inside of the building is divided into several layers: above the ground floor commercial spaces and underground parking, the lower half of the tower is devoted to office space, while apartments occupy the top 18 floors.

MVRDV believes Albania is a region with tremendous potential for progressive development. The tower is just a short distance from another project by MVRDV which will transform the face of Albania’s capital city: the Pyramid of Tirana. 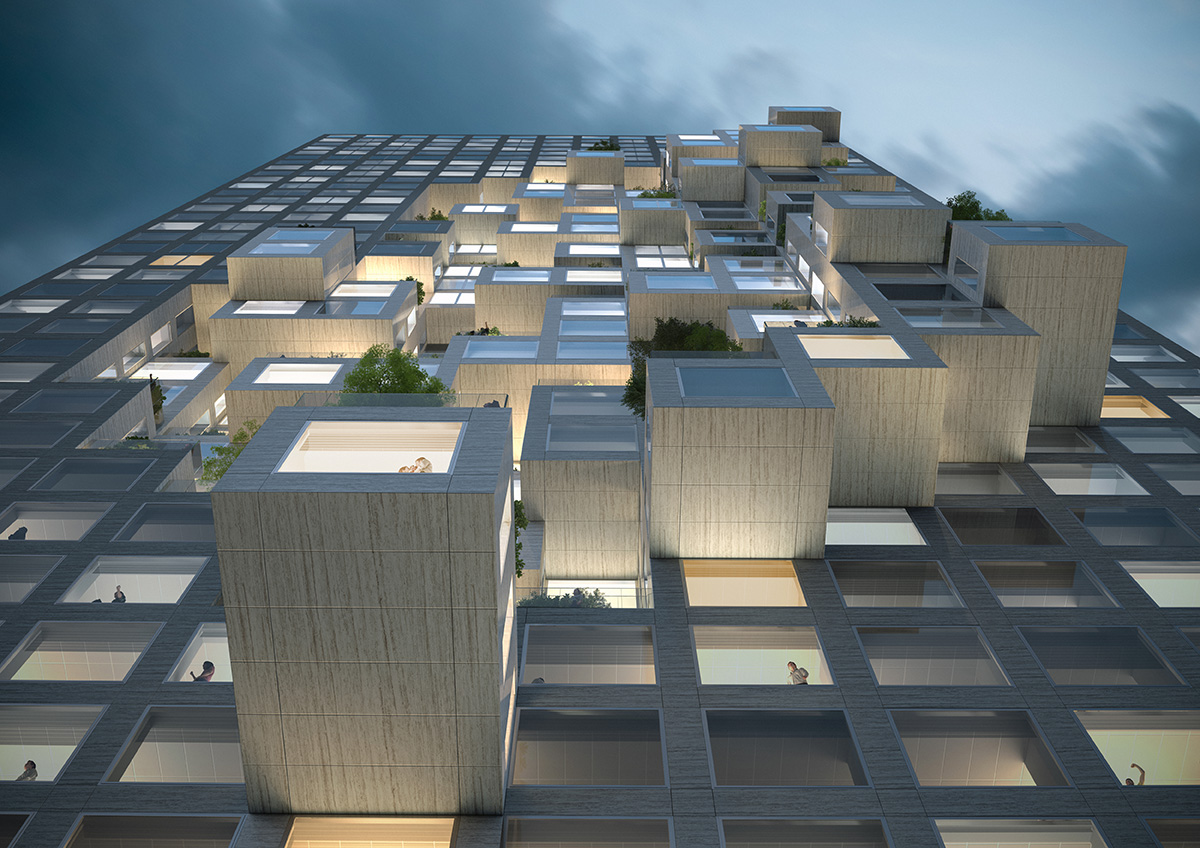 In both projects, the Rotterdam office seeks local architects and engineers as partners, and works with them according to the latest BIM guidelines. As the area is earthquake-prone, work is carried out according to the strictest European building standards and quality.

MVRDV designed Downtown One on behalf of Kastrati Construction, a company of Kastrati Group. Arup is the supervisor for structure and MEP, with Albanian firms Elteknik as MEP engineers and LEAL as structural engineers.