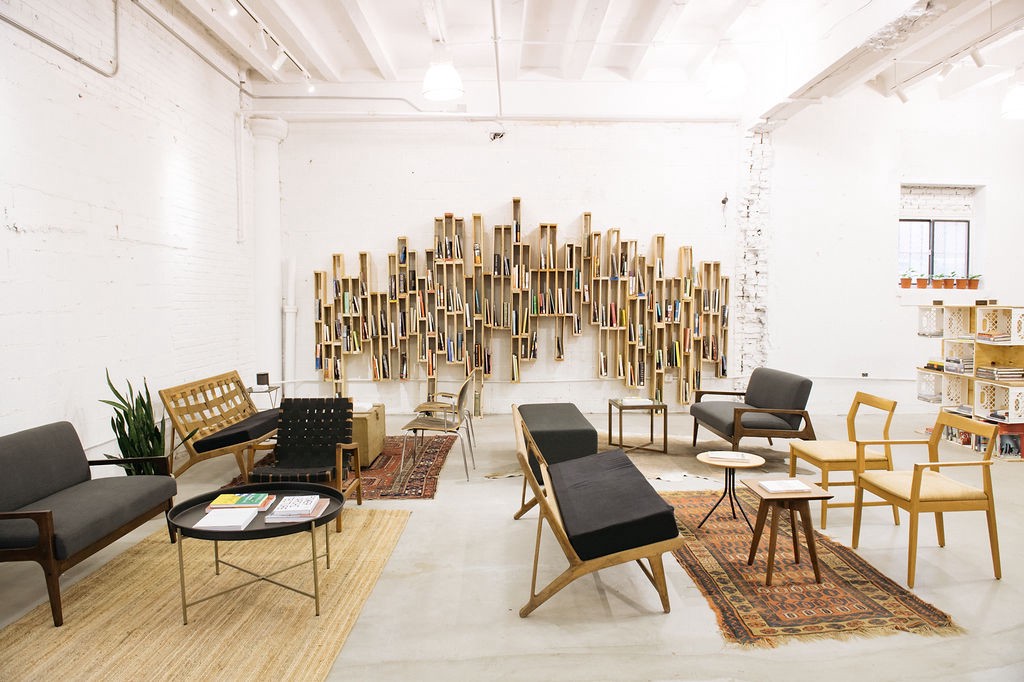 If people won’t come to you, go to the people!

Visitors can now check out the pop-up design library, “Resource”, while visiting Union Market in Washington D.C. It is located at 1287 4th St. NE, a former warehouse space in the city’s historic district that is being transformed into exhibition space.

"The design scene in DC consists of both corporate and independent designers and what I think could be unique is the opportunity for the two to meet and work together more often," Form Function Principal Alison Beshai said in an interview with 730DC.

"We strongly believe in D.C. as a creative place, and Gensler wants to do everything we can to promote the ingenuity and imagination that abound in our city," Gensler design director and senior associate, Yukiko Takahashi said in a press release. 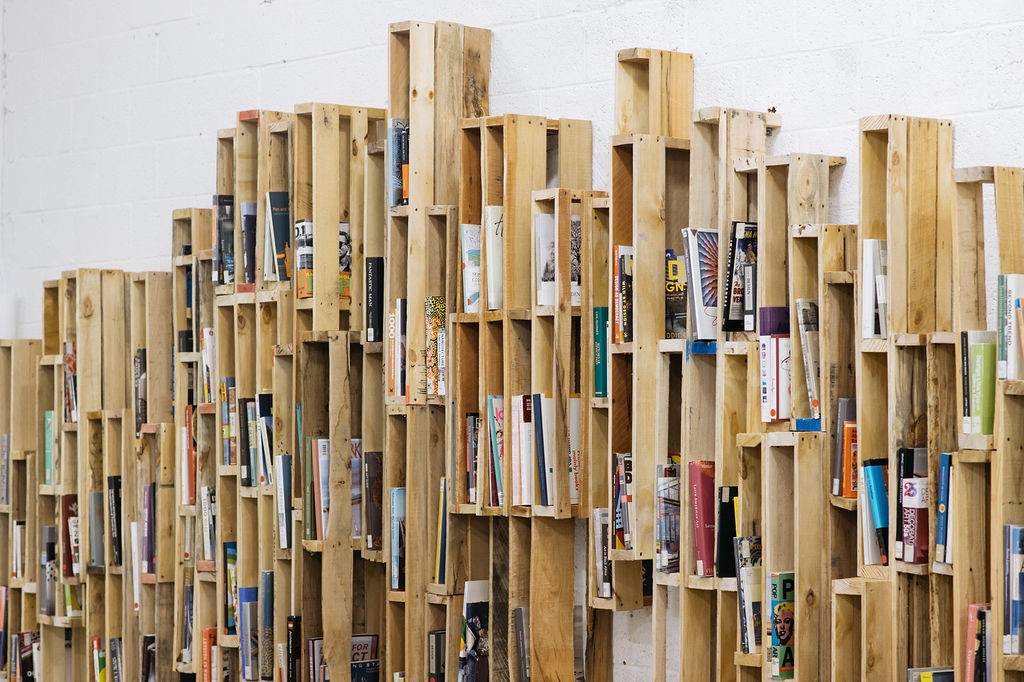 Form Function studio partnered with Gensler, creative studio Composite Co., Gallaudet University, the Union Market District, and D.C. Public Library (DCPL) to open this library with more than 500 design books, magazines and periodicals that might otherwise be expensive or hard to find. The place will also play host to an array of design events, panel talks and workshops, making people think about all the design around them, in their everyday life. The pop-up’s intent is to showcase that there is a lot more to design than just architecture or graphics.

“If we can start by exposing people to the impact of design and showing the power of creative and non-consumer-driven spaces, maybe they will start to demand that of other spaces and experiences in the city as well. If enough people want something, businesses will figure out a way to give it to them — so I think the change starts with us", Form Function Principal Alison Beshai said in an interview, with 730DC.

"Everything we see and touch in our world is designed. It can inspire, provoke, or simply be ignored, and we rarely talk about it. Resource will create a forum for conversation about design and we are proud to be part of that effort at Union Market." - EDENS Managing Director Bill Caldwell who leads the design team for the Union Market District said in a press release. 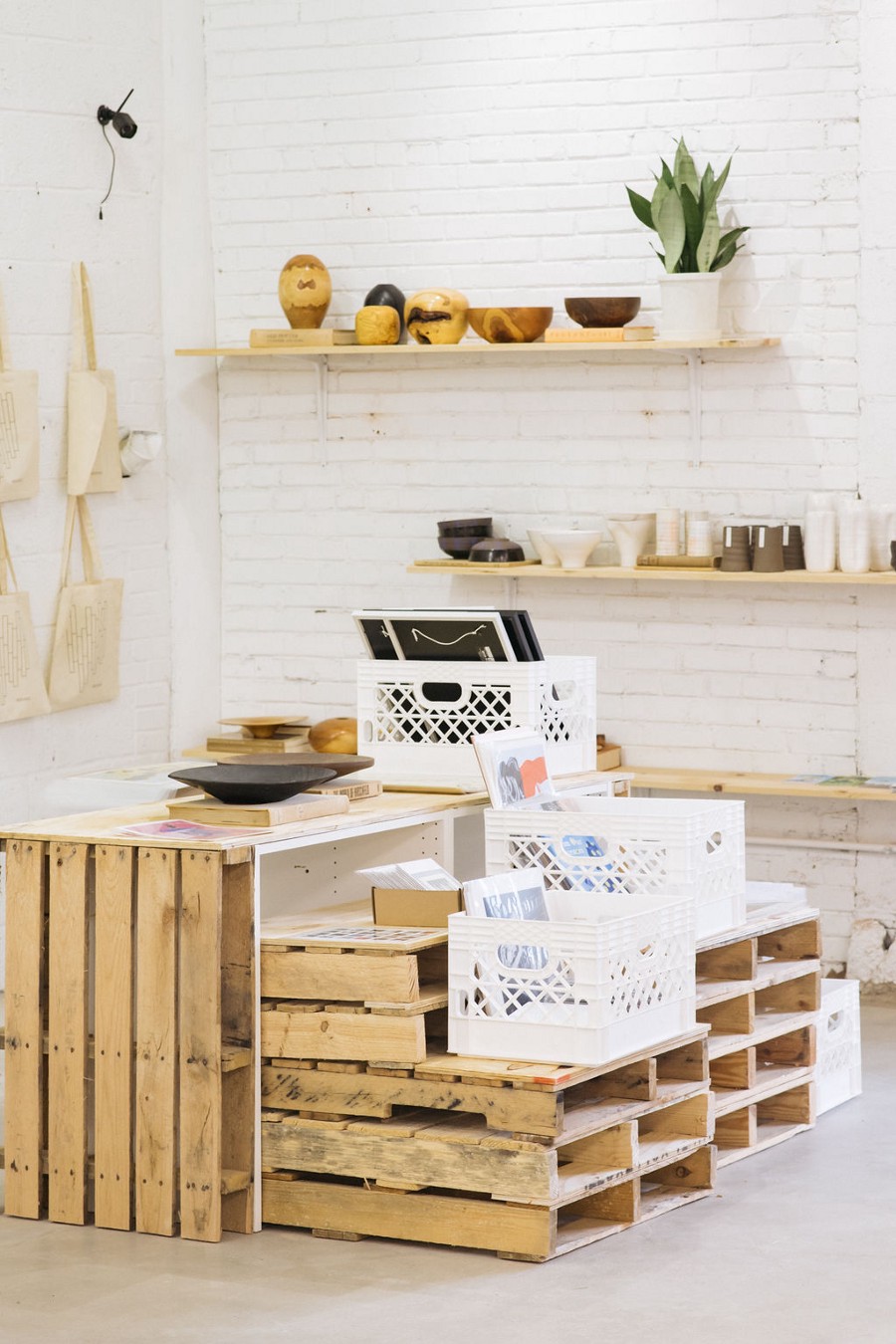 In an effort to show that design doesn’t have to be inaccessible or obscure, "Resource" serves as a communal gathering space for the district’s design community and everyone who is interested in diverse topics related to the use of space and its impact. Everything that has been built is made from re-purposed material. 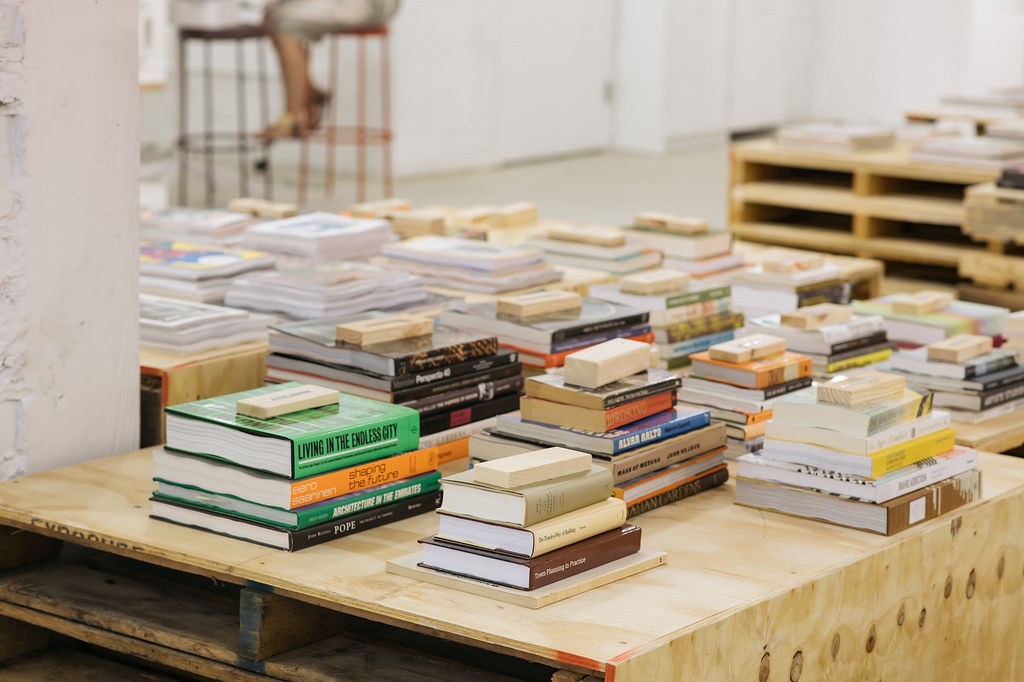 The shelves and tables are made using shipping pallets, milk crates and plywood. In continuation with the theme of the space that is inside the warehouse and outside, the designers engaged the existing community and used the material waste they donated to accessories the industrial warehouse. 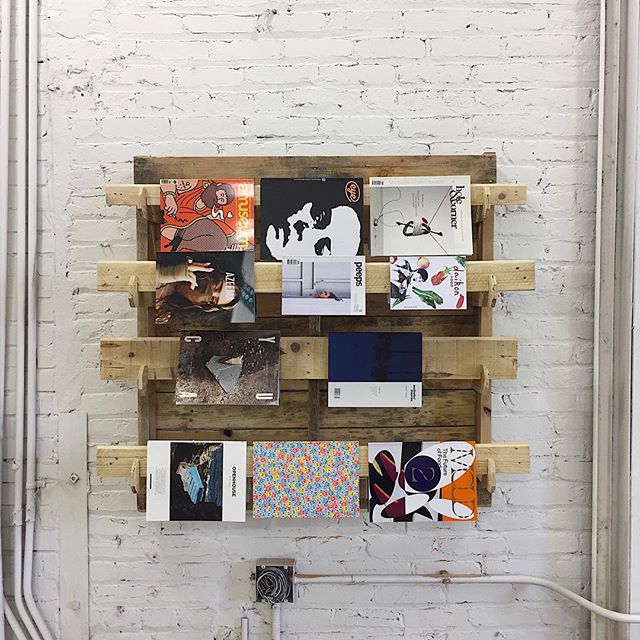 "I wanted to create a space where design print was accessible for free. Design books and magazines can be expensive, but that creates a higher barrier for entry, especially for non-designers looking to learn or explore," said Form Function Principal Alison Beshai said in an interview with 730DC.

With pop-ups being the latest concept in global trends, it is defiantly infiltrating a wide variety of ventures and social movement. While "Resource" is an effort towards filling the gap between general libraries and spatiality bookstores, it is primarily acting as a tool, allowing for proof of concept for an idea by providing it with momentum for a permanent home. "Resource" is open to the public for free, and it will run through Nov. 18. "Resource" is open on Wednesdays and Thursdays from 1 p.m. to 6 p.m. and on Fridays through Sundays from 11 a.m. to 6 p.m.

Top image © medium.com/ The library bringing design to the masses