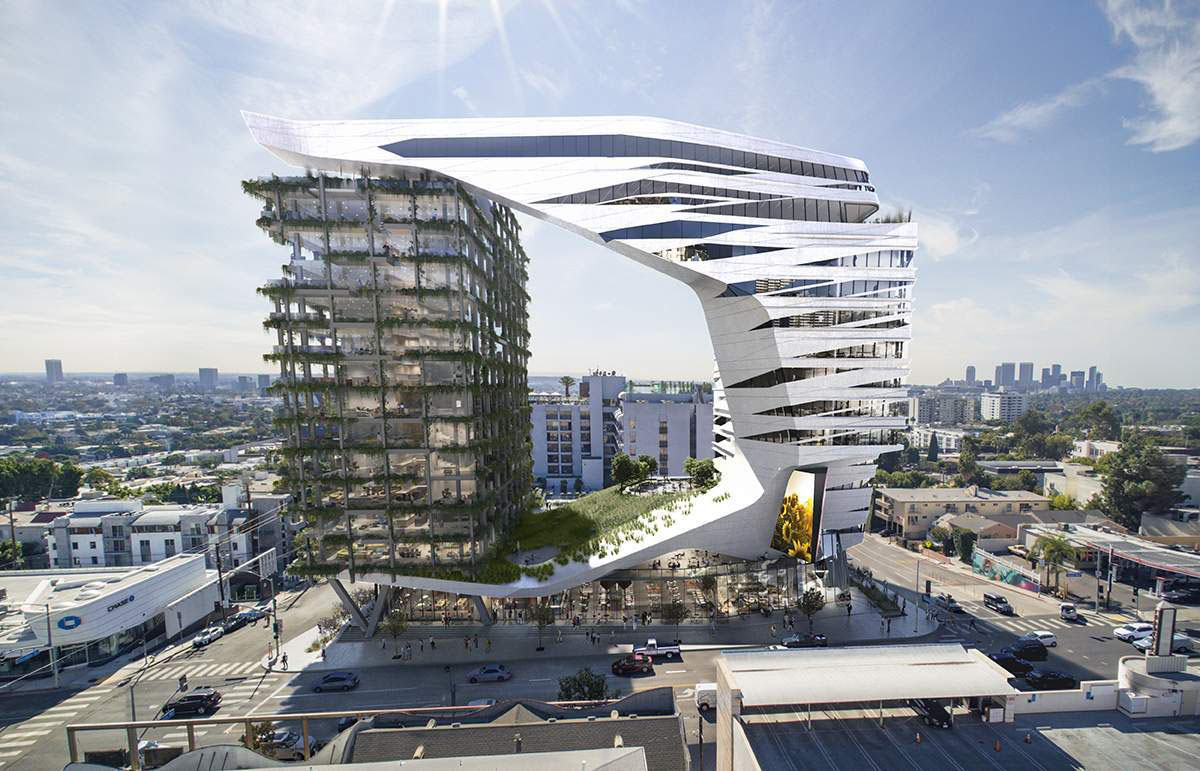 Pritzker Prize-winning architect Thom Mayne's firm Mophosis has unveiled design for a "sinuous" hotel at Sunset Boulevard of Los Angeles, which will be a new icon along the Sunset Strip in Los Angeles with its sculptural form.

Urbanize Los Angeles reports that the 15-story hotel design comes after four months after the Silver Creek Development Company purchased the site and property of the Sunset Strip's Viper Room for $80-million.

Reaching at 200 feet high (60 meters), the new hotel will contain 115 guest rooms, ground-floor commercial space, and various guest amenities. The proposed design will also include 31 condominiums, 10 units of affordable housing, and parking for up to 300 vehicles.

Comprised of two connected towers, the building creates two distinguished language, while the left tower presents much more an iconic view and flowing design with its striped façade.

Reportedly, Plus Development, representing property owner Silver Creek, Morphosis was selected as the result of a design competition that began with submissions from 12 architecture firms. The is bordered by San Vicente Boulevard and Larrabee Street, Morphosis' design will include a new space for the Viper Room.

Official planning submissions are expected to be submitted to the City of West Hollywood shortly, and they will be considered by the West Hollywood Planning Commission's Design Review Committee for feedback.

A timeline for the proposed development has not been announced.