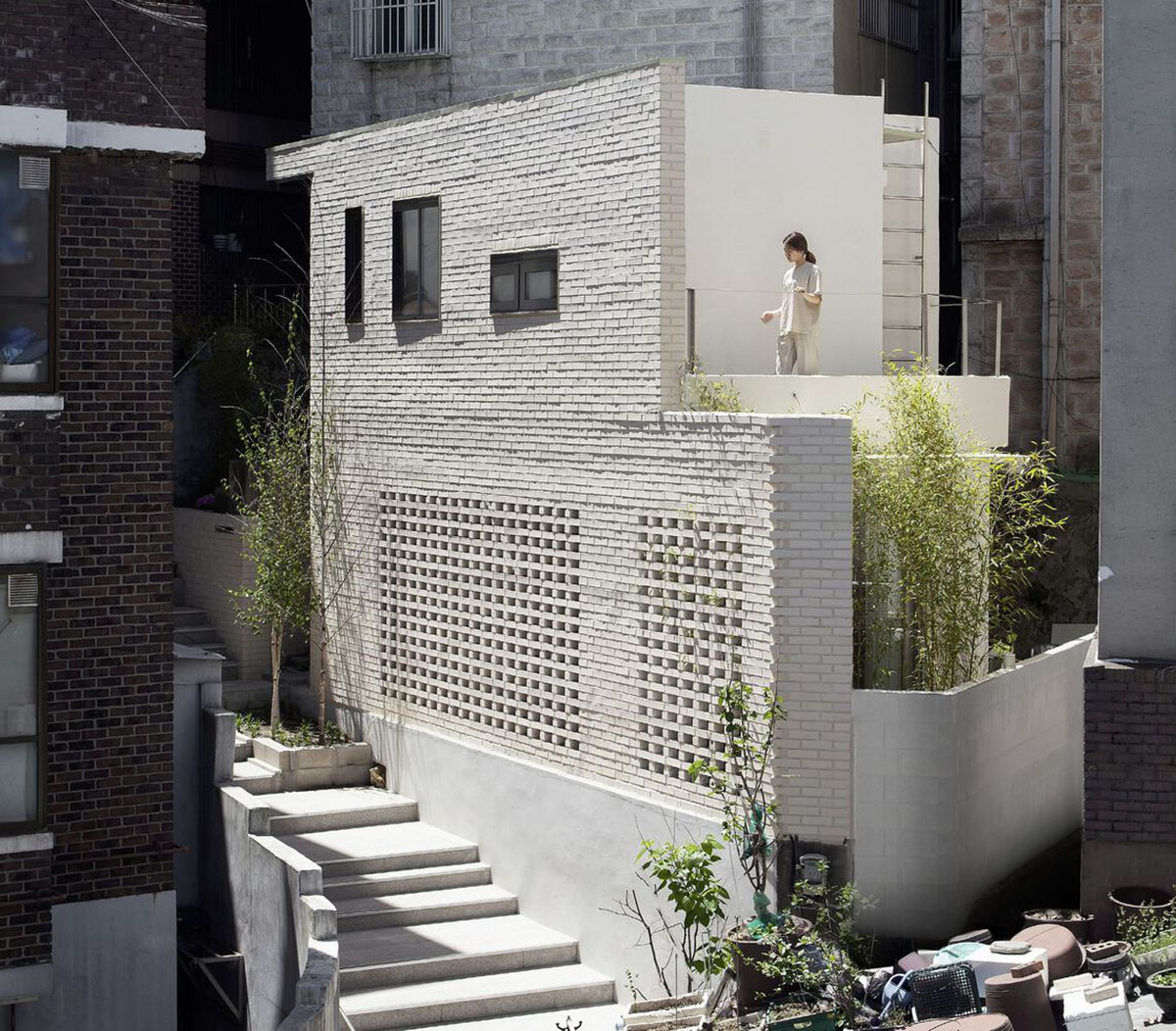 Atelier ITCH has built a home that can be used for living and workspace for a space designer couple with white brick on a triangular site in South Korea.

Named ITCH House, the 50-square-metre building is located in an alley in front of Seonggwak Park in Sindang-dong, Jung-gu and rising on the site as a porous structure. 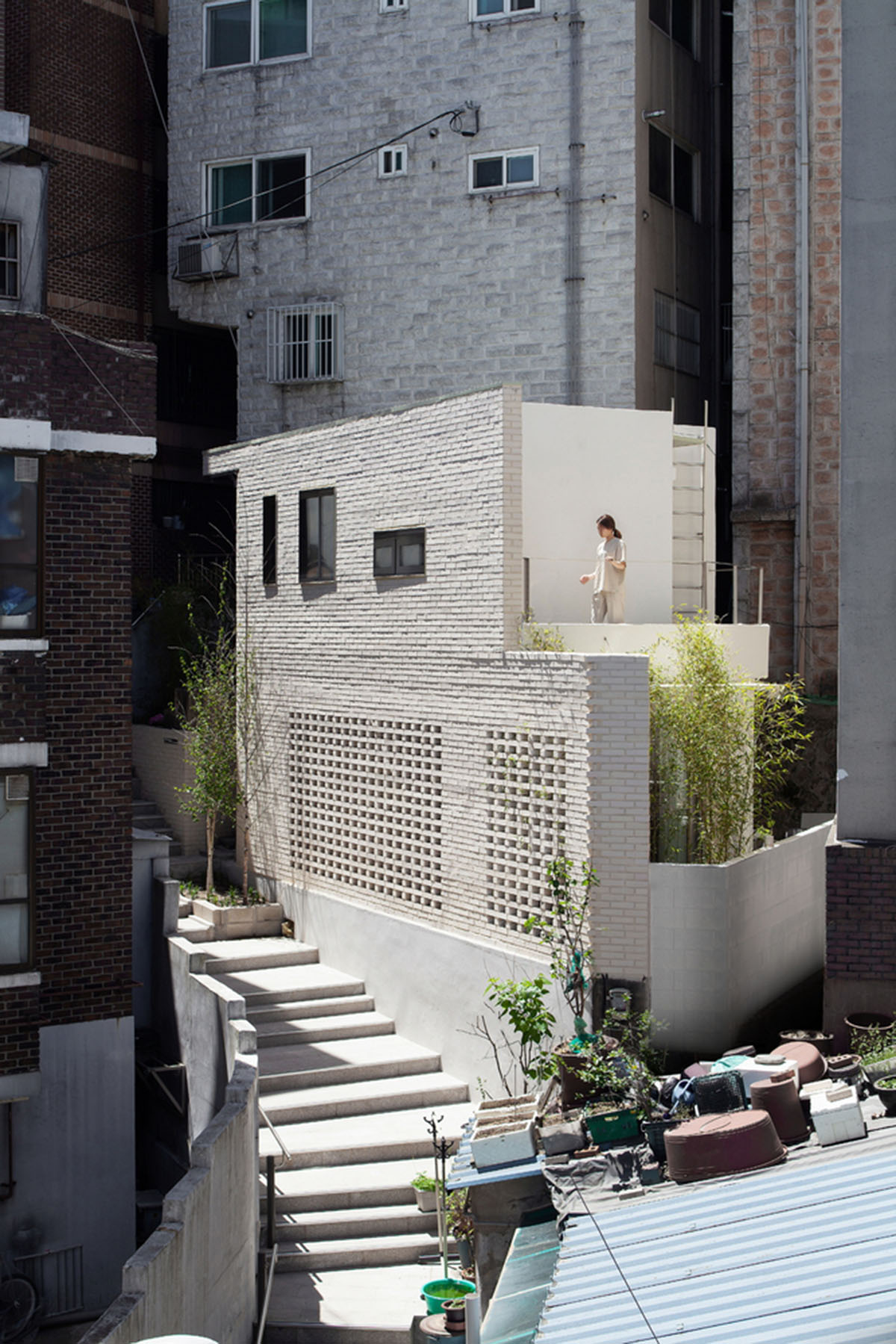 The house serves for a space designer couple who want to combine two purposes on the same space: living and working.

The studio designed the house for two people who have different styles, but to achieve one purpose. 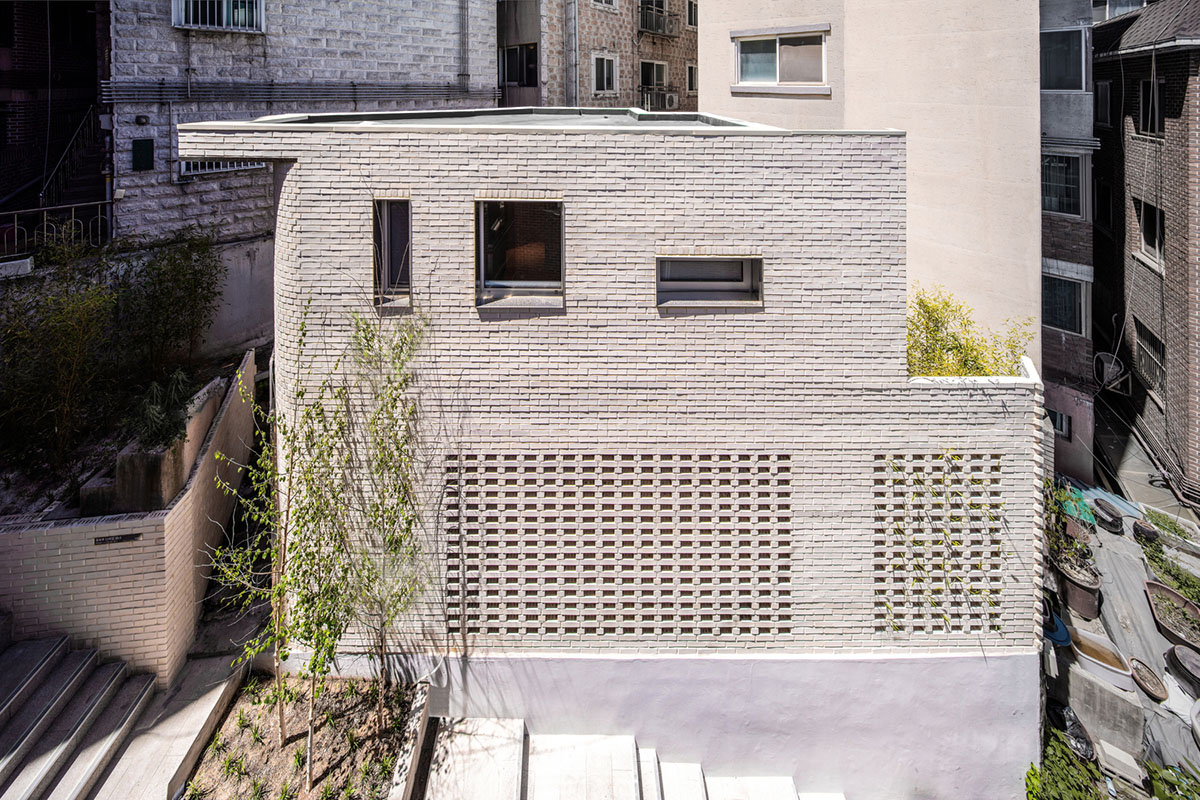 The house follows the shape of the house, a triangular plan and looks like a castle with its rigid appearance and vertical walls.

On the first floor, the architects placed an entrance, living and meeting area, kitchen, utility room and terrace. On the second floor, a bedroom, toilet, bathroom and terrace are defined private areas. 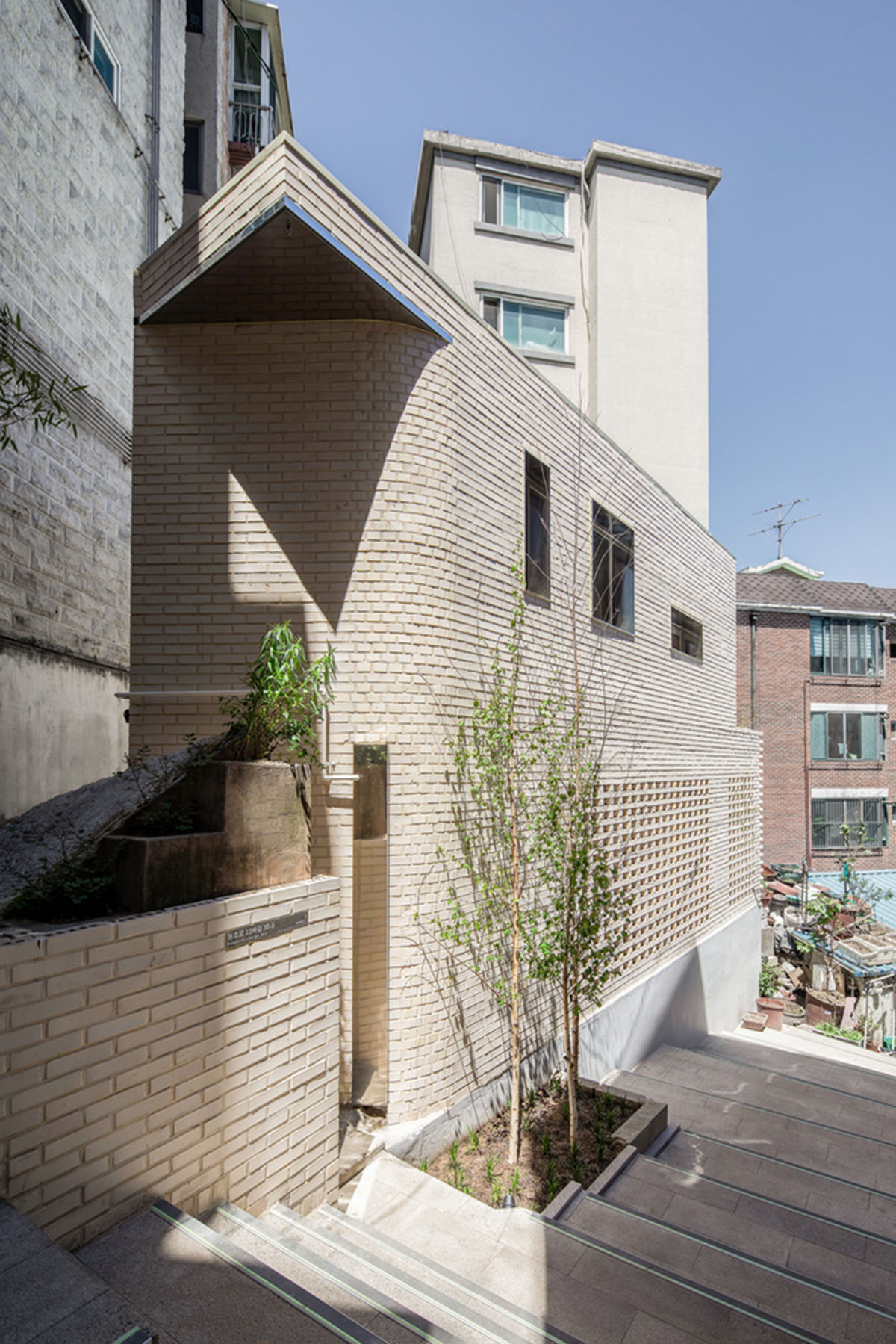 "The ITCH House is located between dozens of households, between high and dense buildings around it," said Atelier ITCH.

"Due to the nature of the location, which can only be reached through narrow and high stairs, this small house, located among the crowded buildings, had to be a building with a comfortable atmosphere where you can catch your breath." 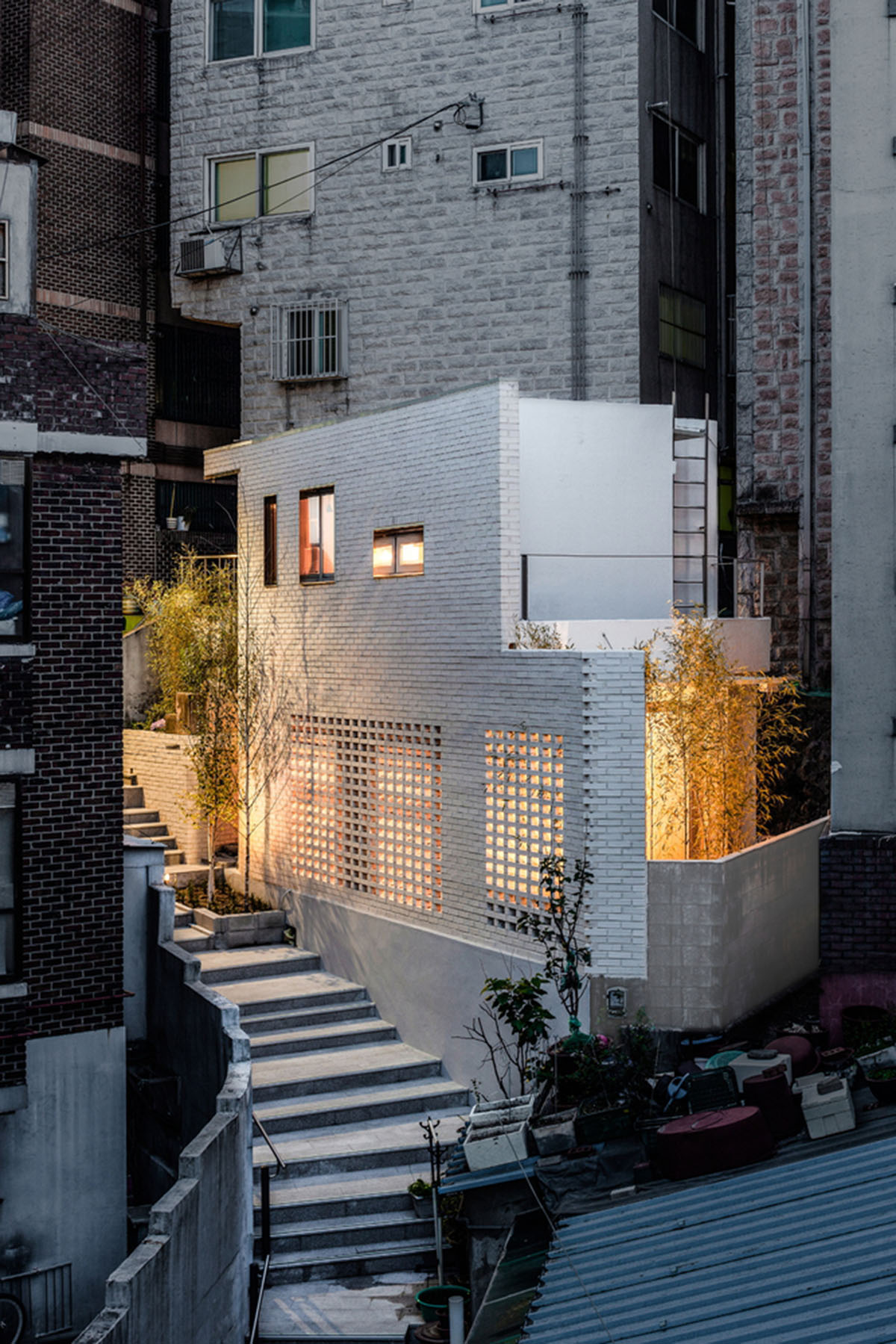 The studio hoped that using the bright ivory bricks could light up the surroundings, and the light leaking through the bricks. In addition, a small garden could offer a breathing experience.

"The designer's work inside of the first floor is reflected to the outside, and the planting and vitality of the terrace are exposed to passers-by through space stacking, thereby expanding the sense of space," the studio added. 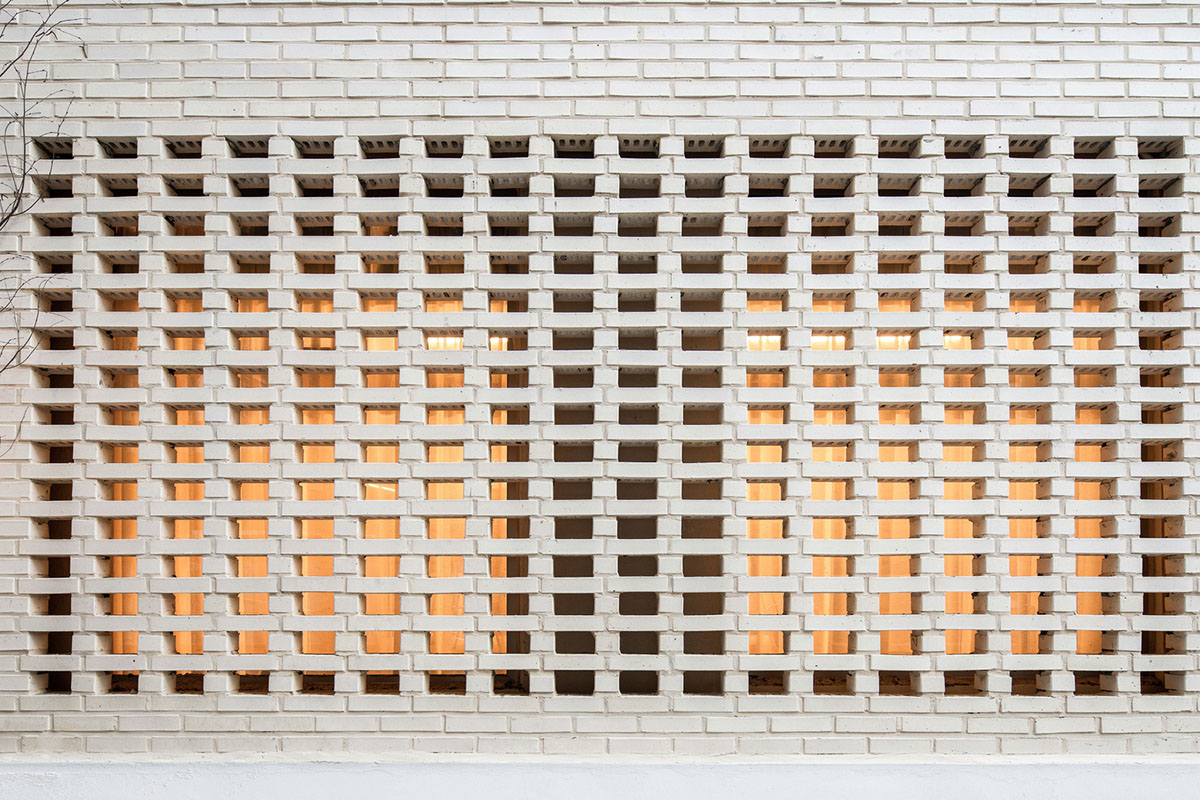 Since the entrance to the existing building was looking at the path through which people passed, the opening of the front door could be seen through the windows of several dozen houses around it and it would prevent privacy of the house.

To maintain privacy, the studio allowed people to return to the back of the building through the narrow alley surrounding the house. 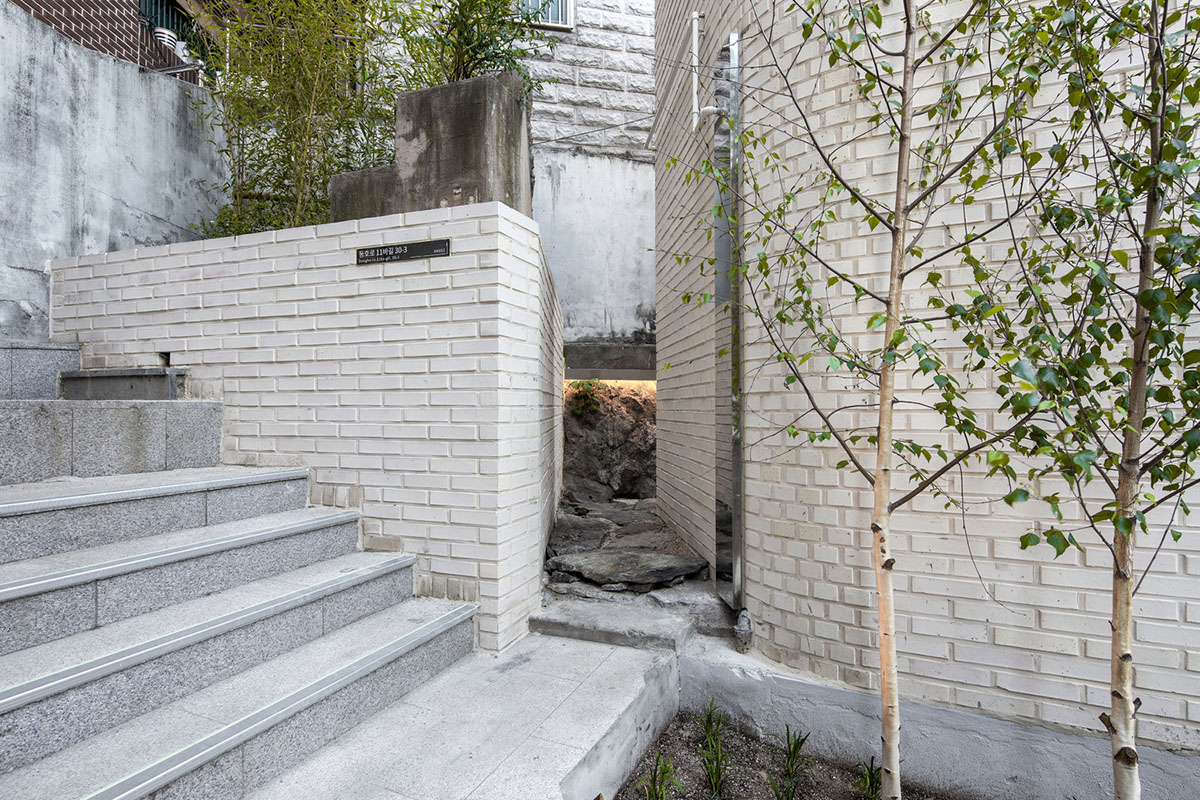 While the facade of the building is achieved with only bricks, and the balustrade was also made of an exterior material to widen the facade to create a sense of presence.

"In addition, the old Gudeuljang, which has been constituting the building since ancient times, was reused to create an entrance with timeliness," the office added. 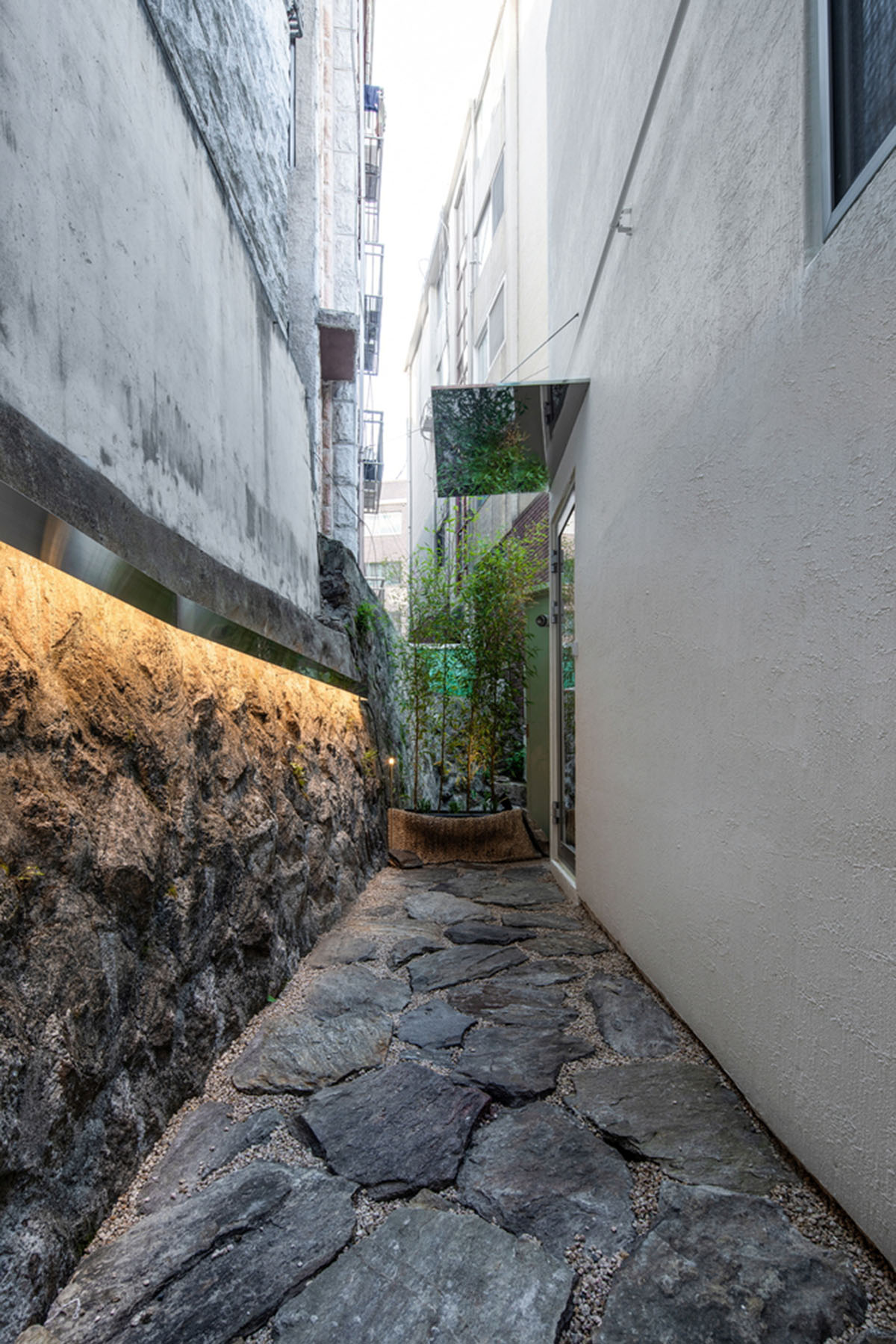 The studio reduced the kitchen space on the first floor for those who spend more time working and inviting people than cooking, and placed a long table that can seat up to 12 people.

"At the end of the table, it opens to a terrace, allowing the greenness and light of bamboo to enter the space, giving a sense of expansion," the office added. 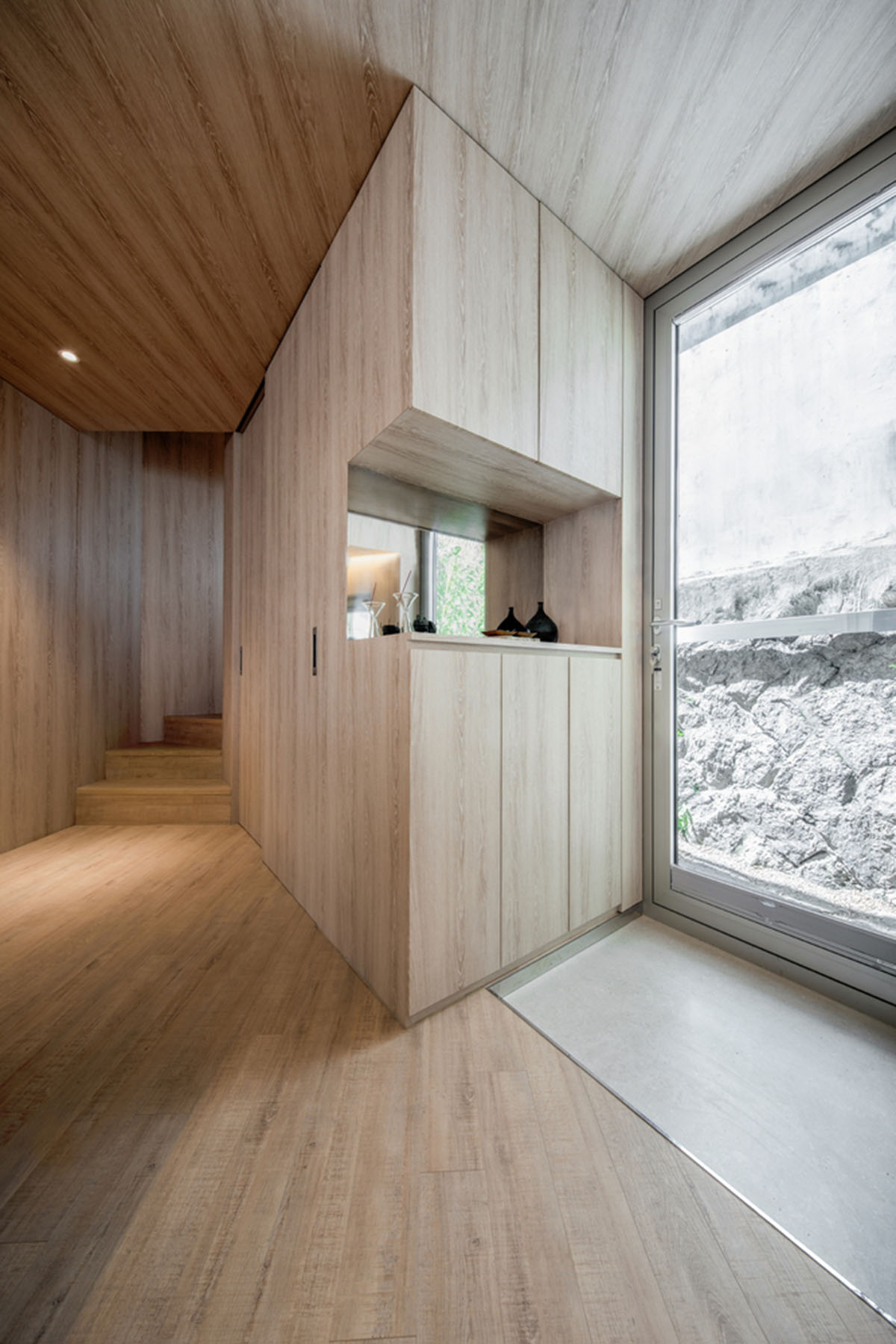 Inside, the architects used the same wood on the floor, walls, and ceilings to add a sense of expansion and comfort, and they hidden all furniture and electronic devices inside the wall to create a larger space. 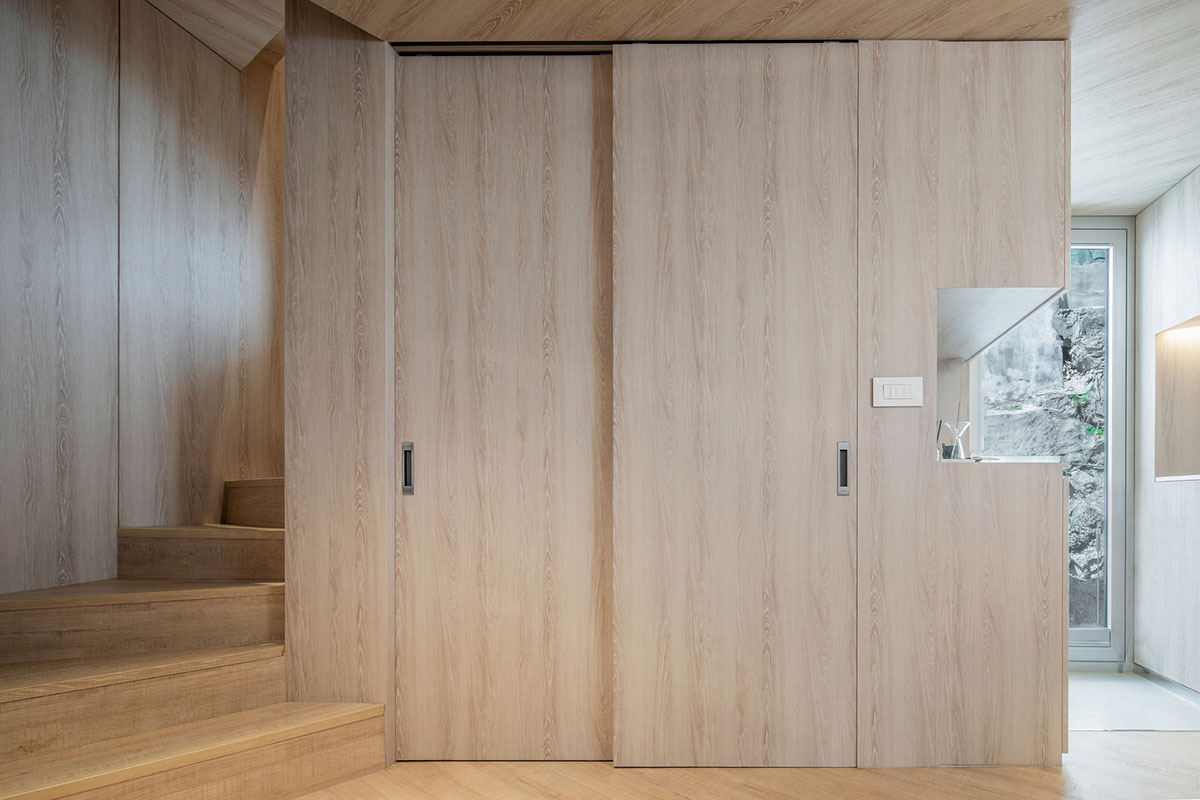 "The couple, who think that the time in the shower space at the beginning and end of the day improves the quality of life, realized a large bathtub space by dividing the dry toilet and the wet bathroom, although it is a small space," the office continued.

The architects added that "recently, while feeling skeptical about apartments and houses built in the same shape as factories, we tried to design a space where we can realize our own lifestyle as a new home." 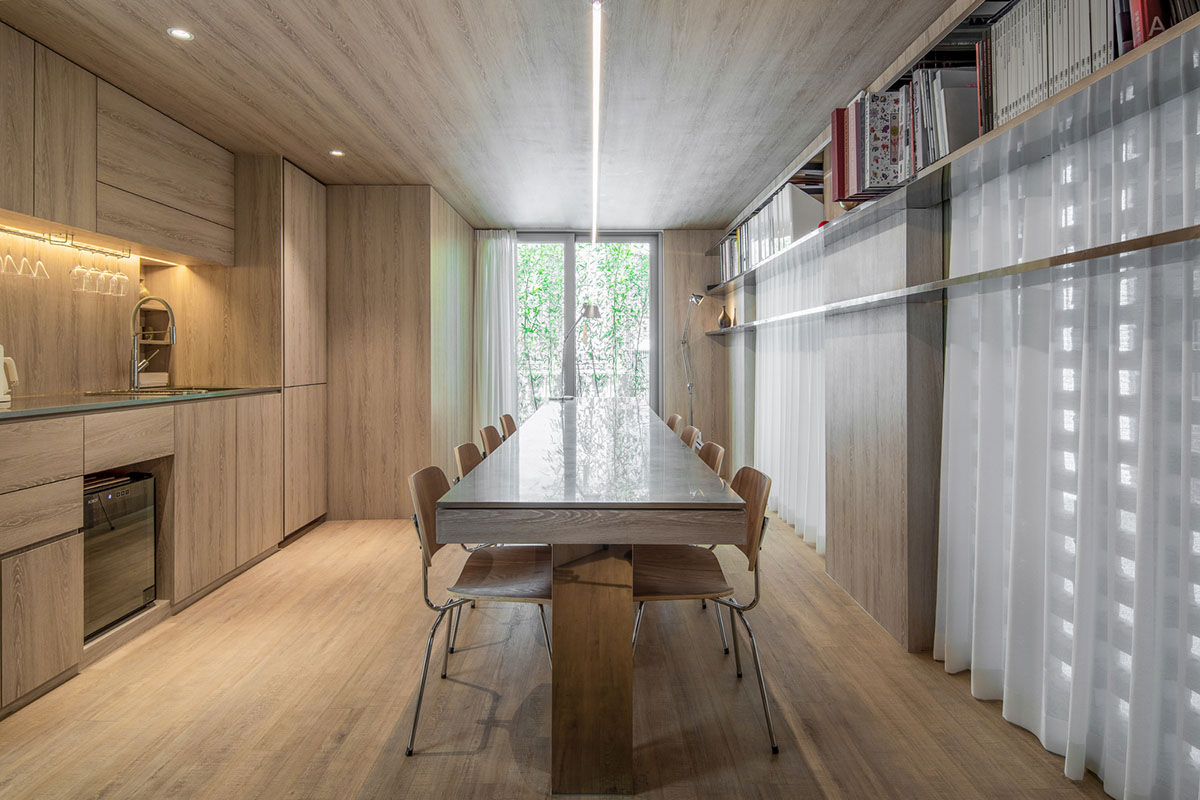 According to the studio, the design of the house can reflect the tastes of its occupants and influence their way of life.

"Considering this lifestyle, I hope this small house will be a building that can have a good influence on couples drawing the future," the office added. 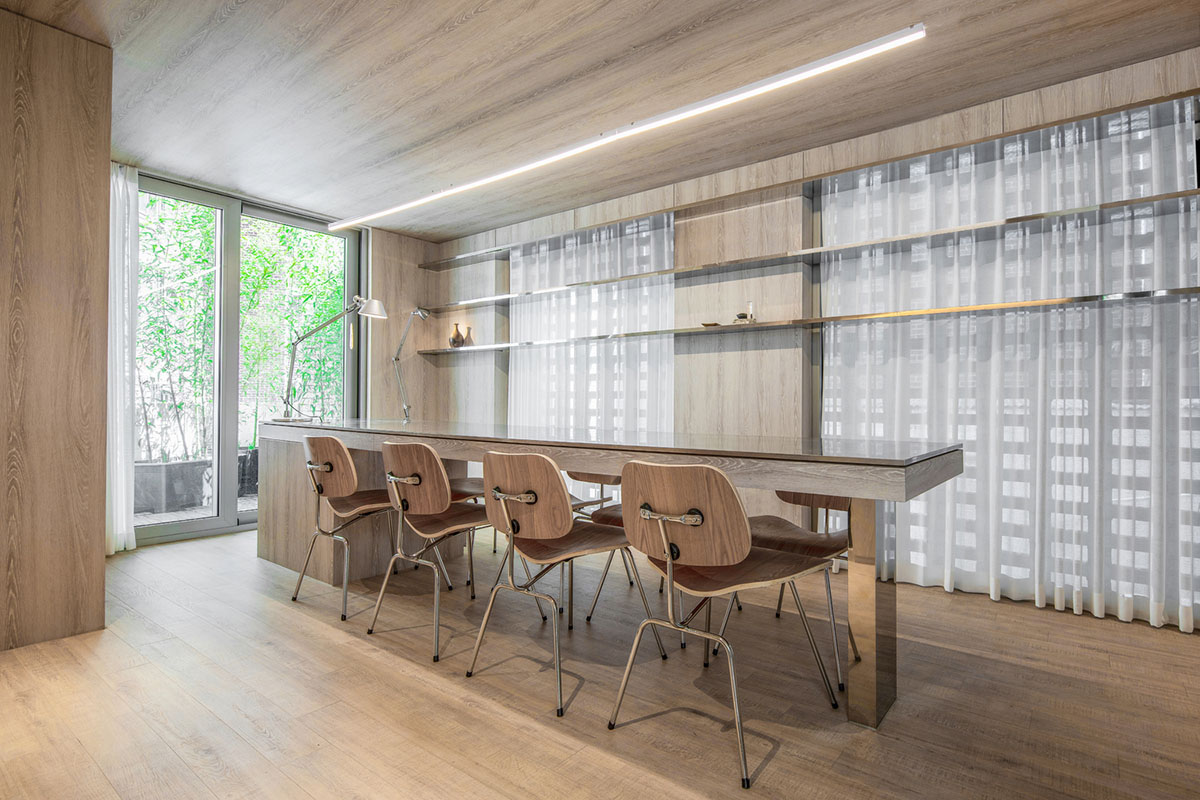 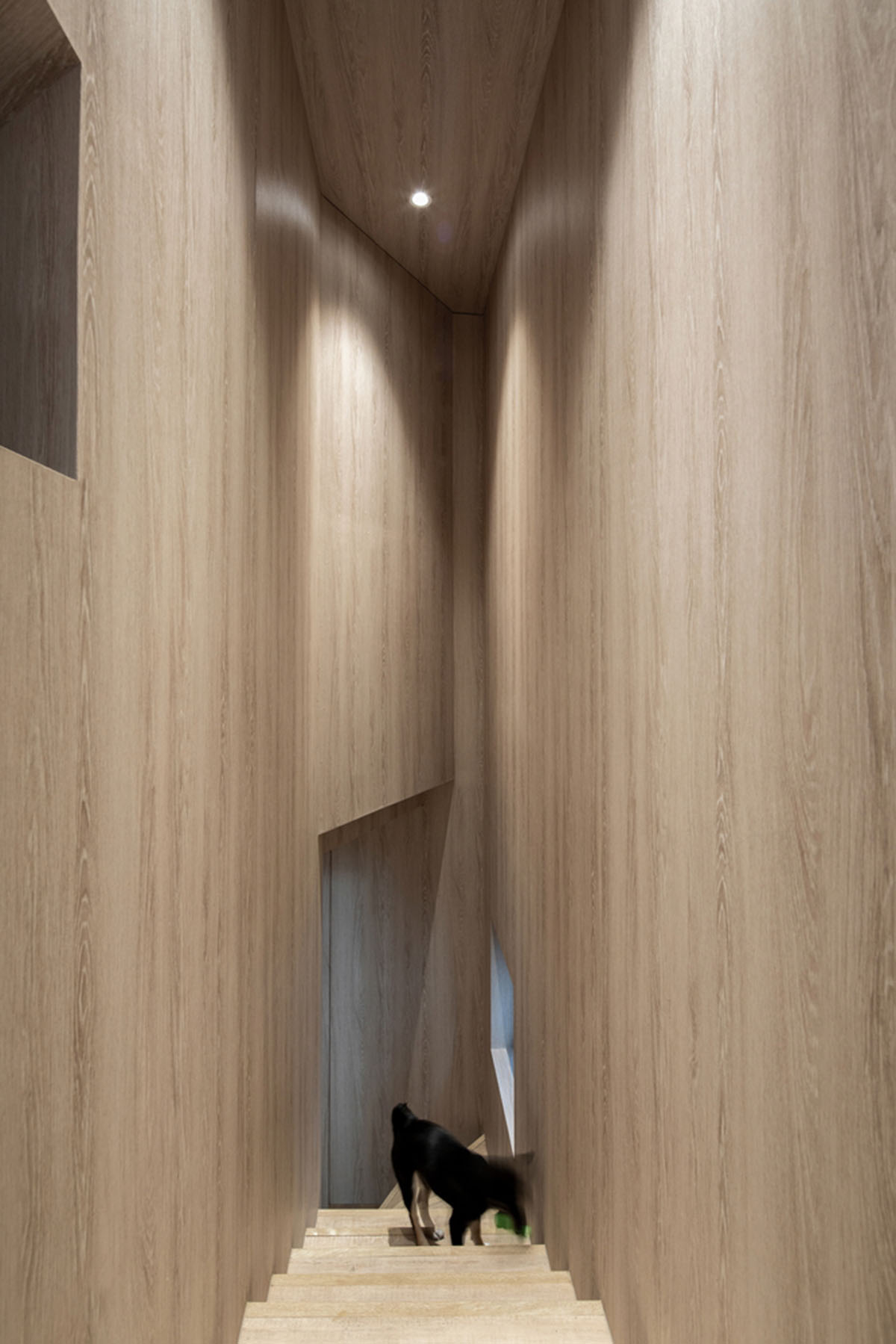 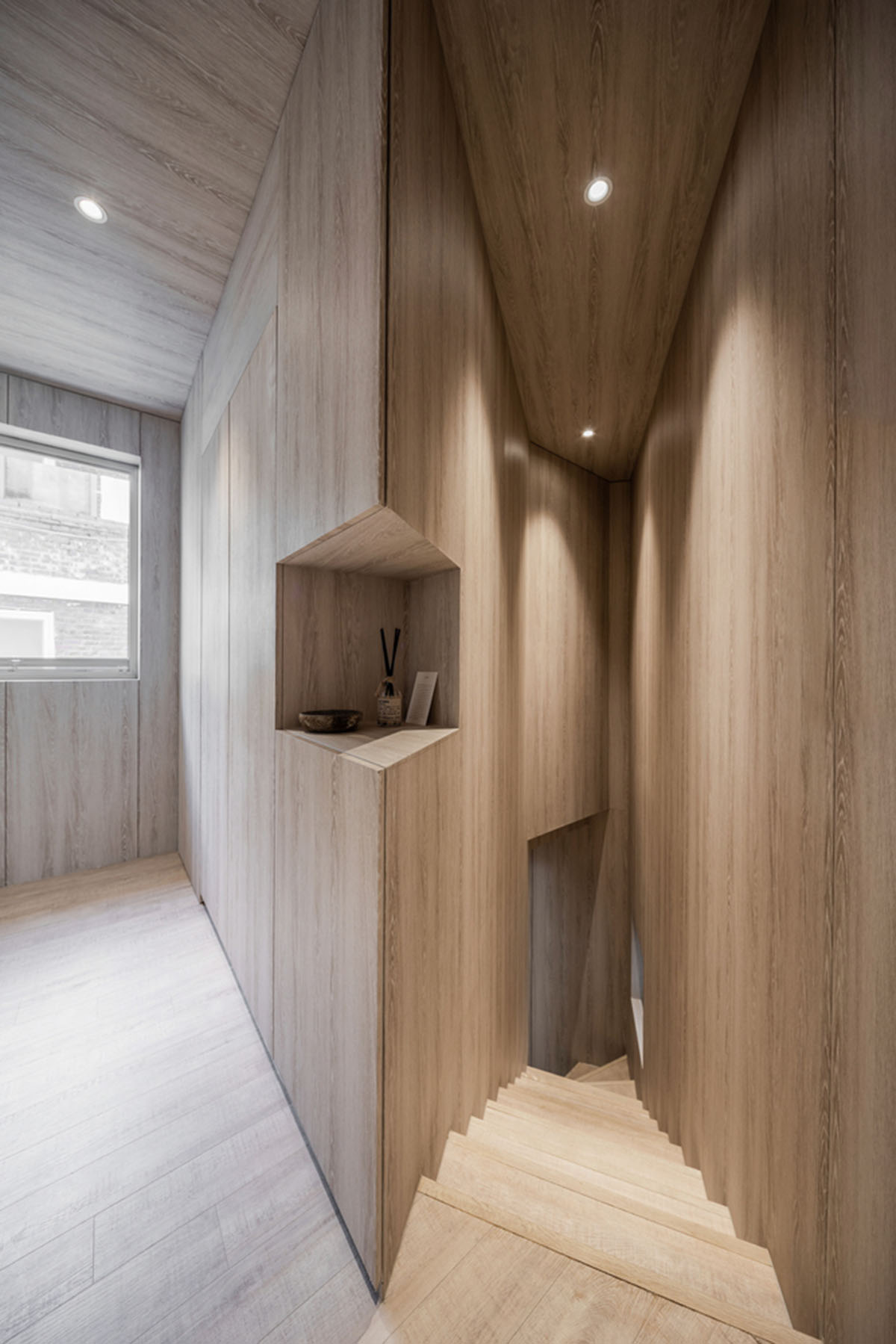 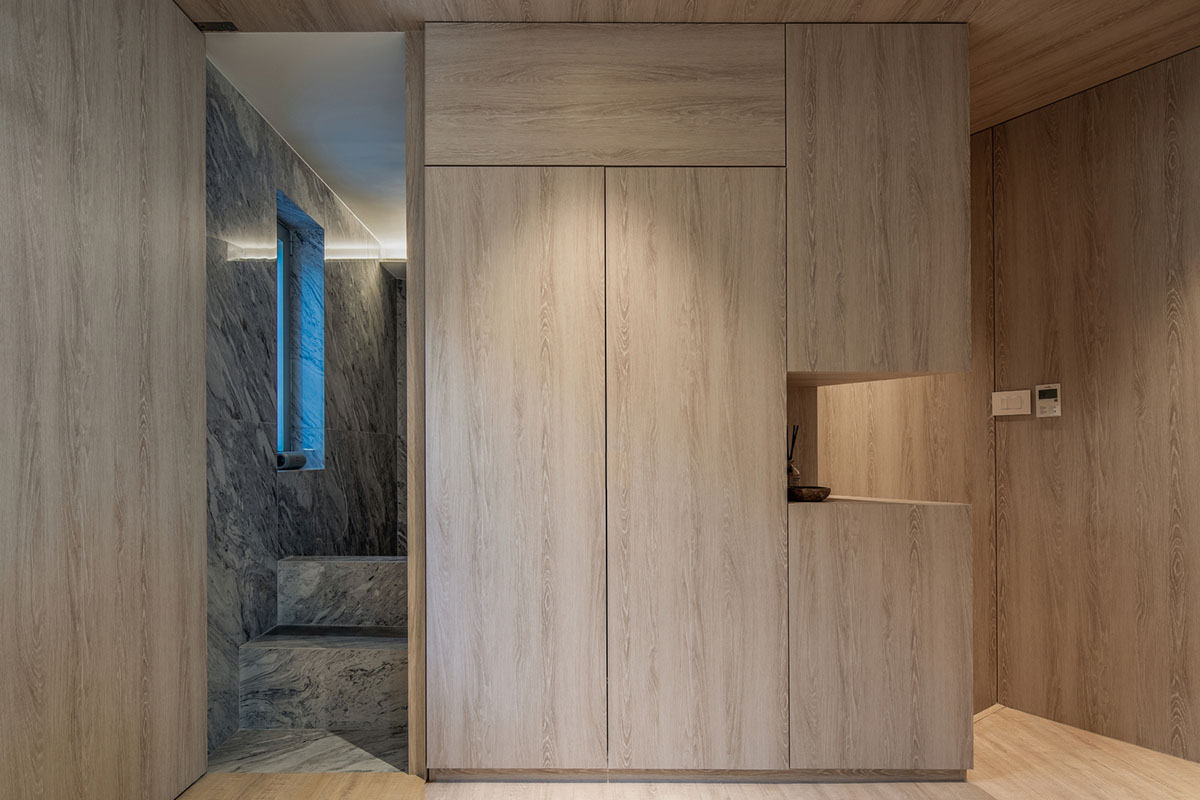 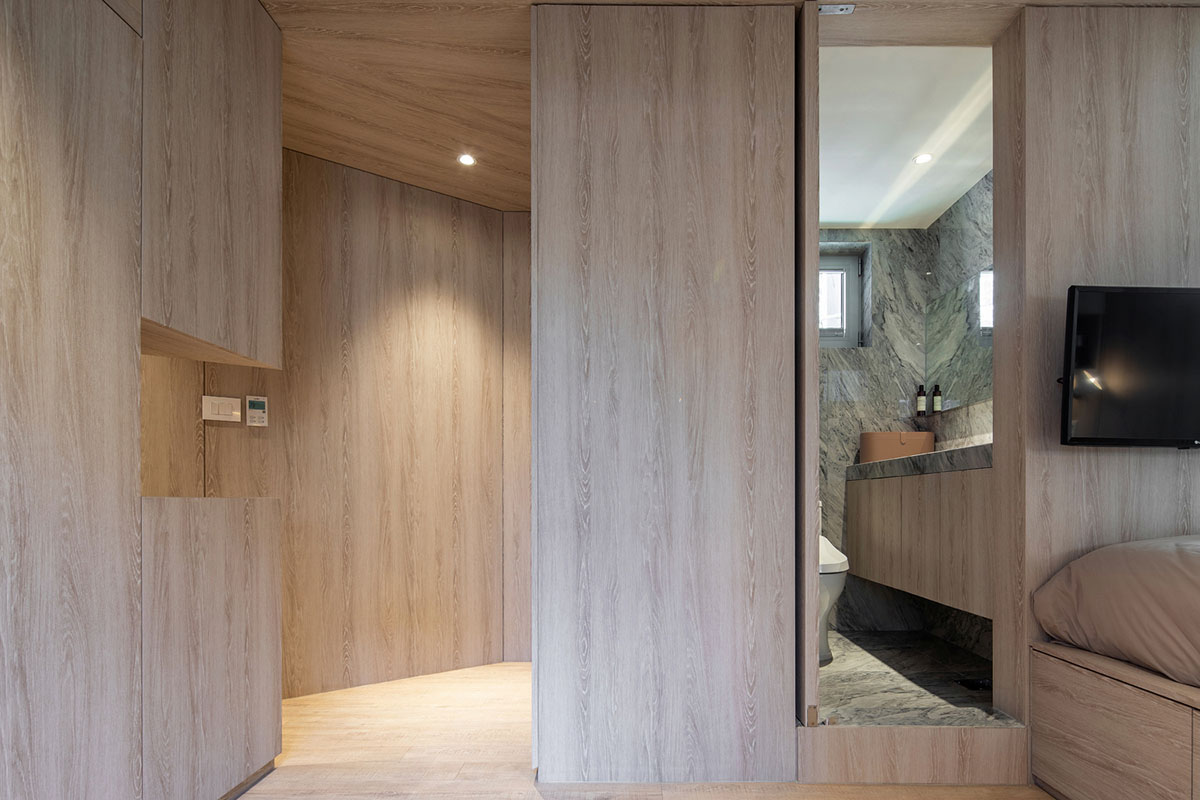 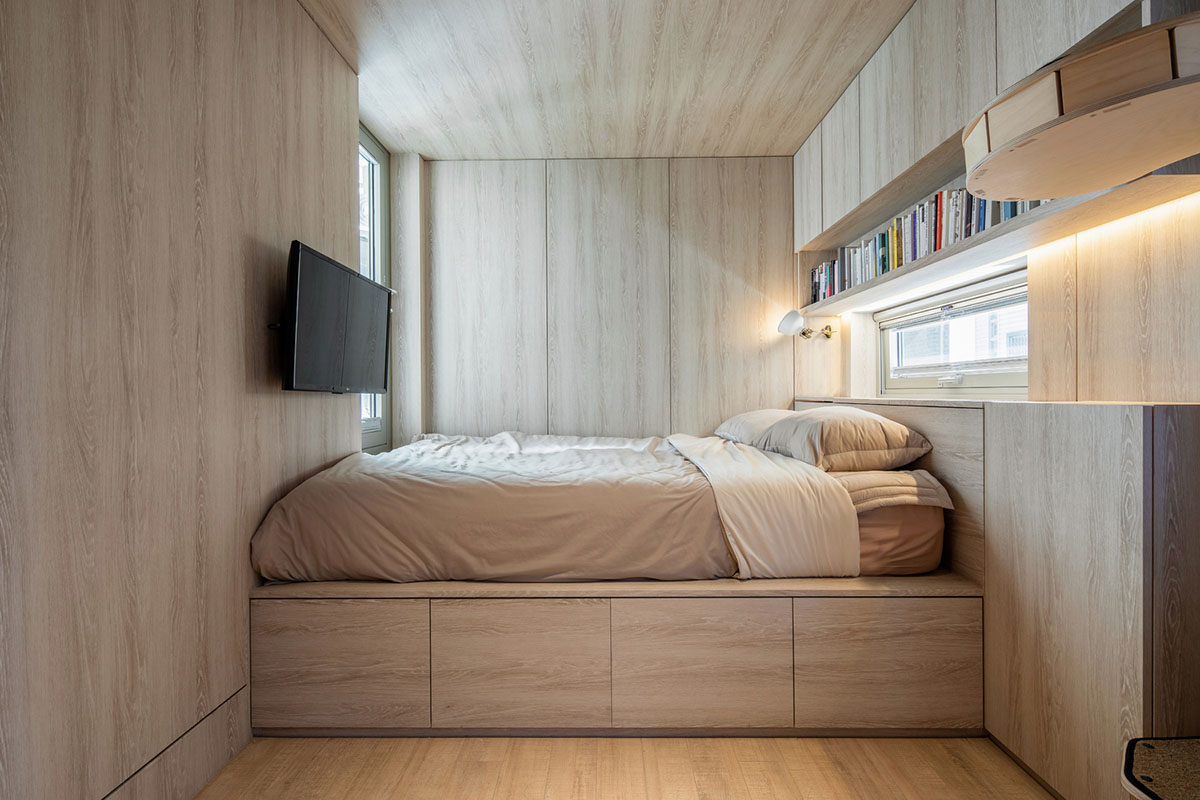 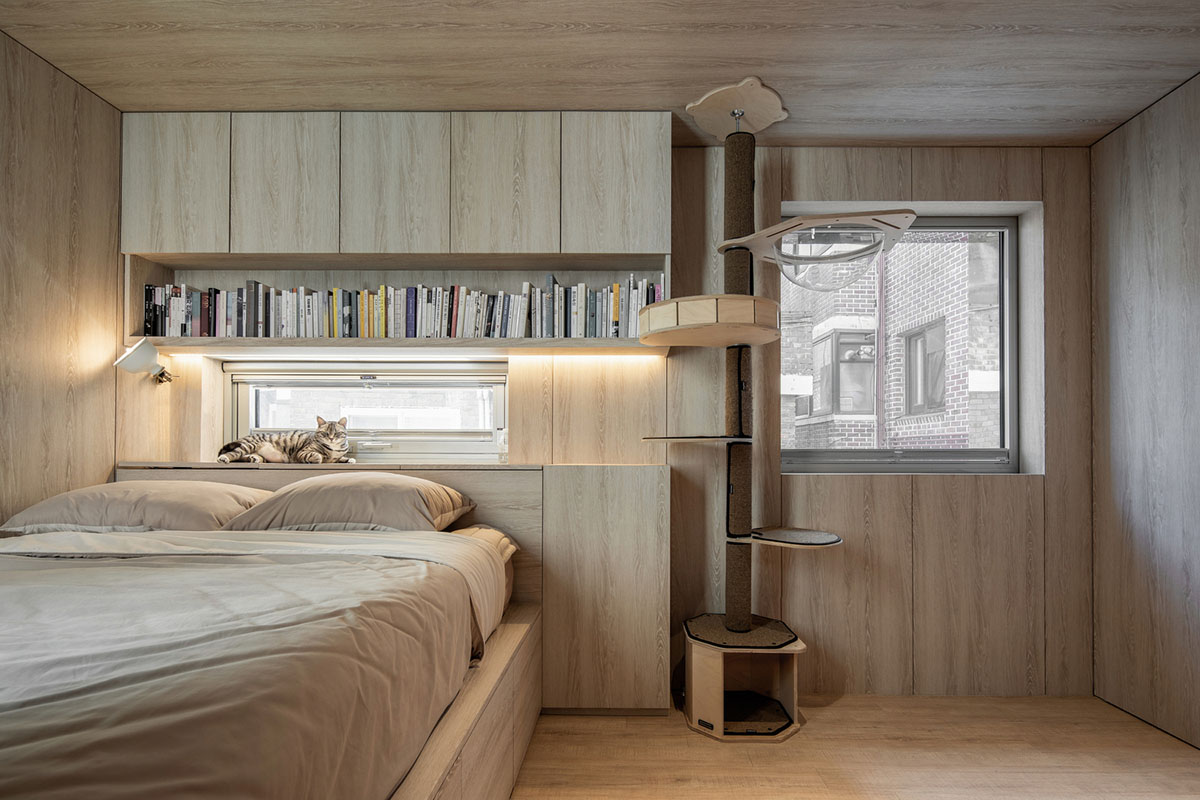 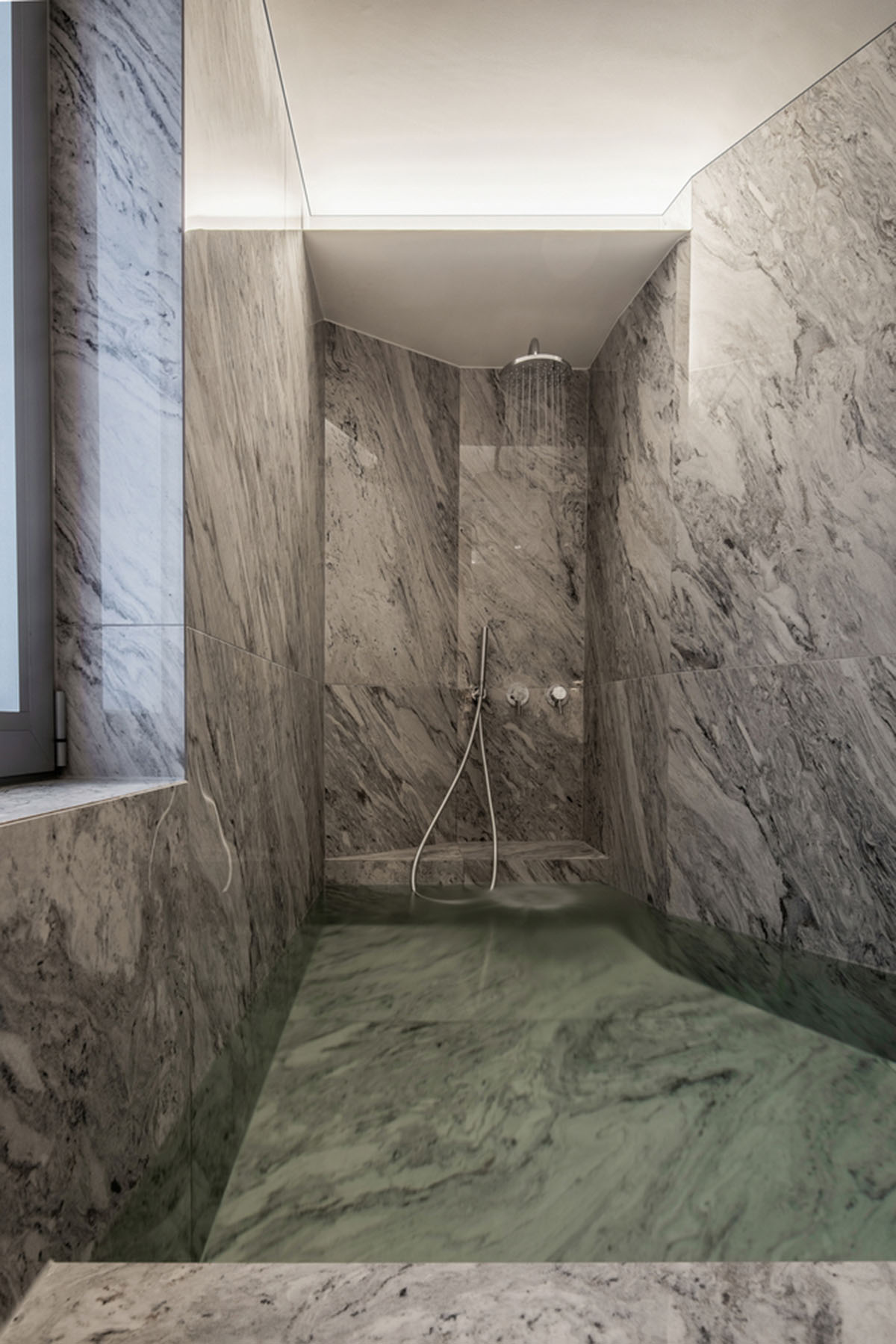 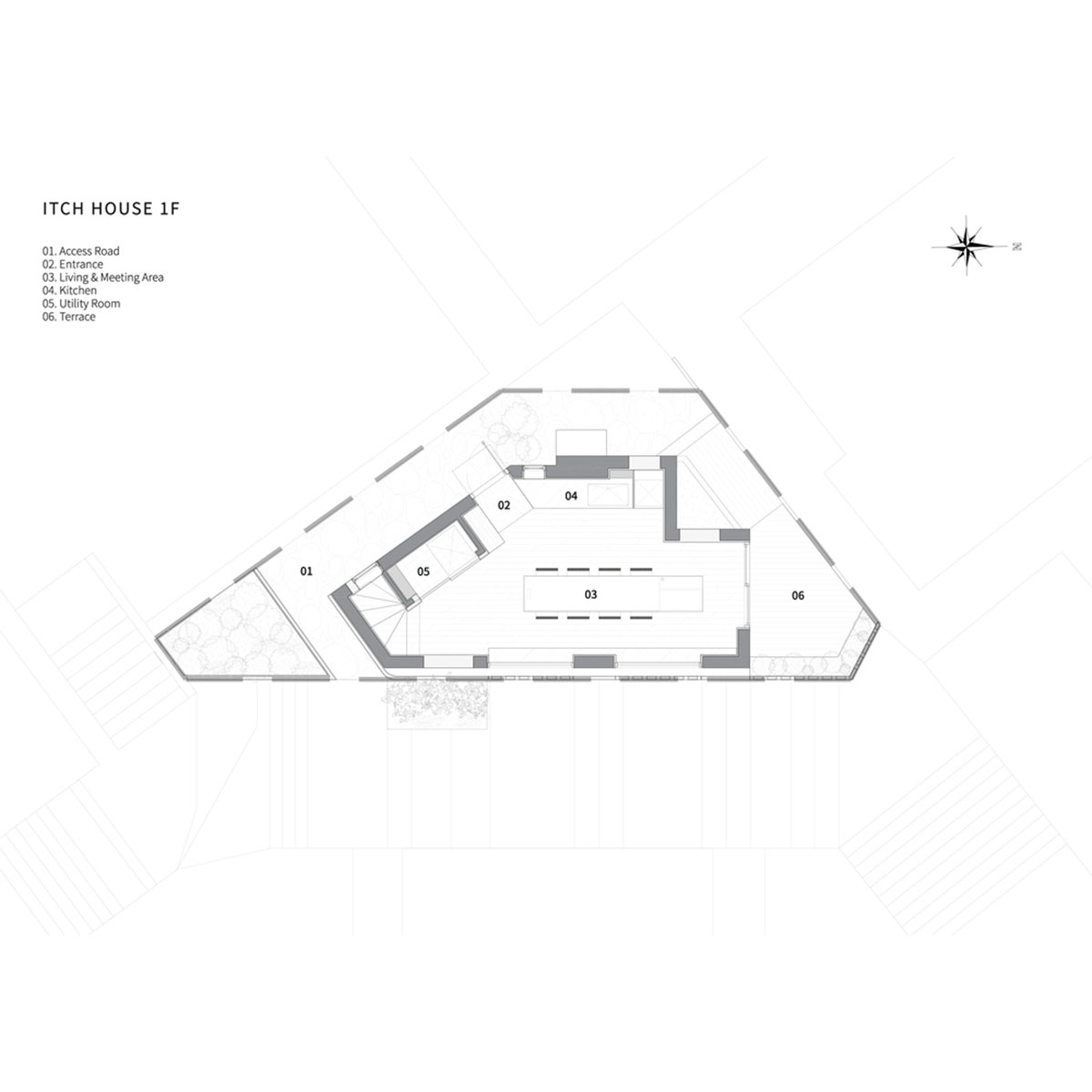 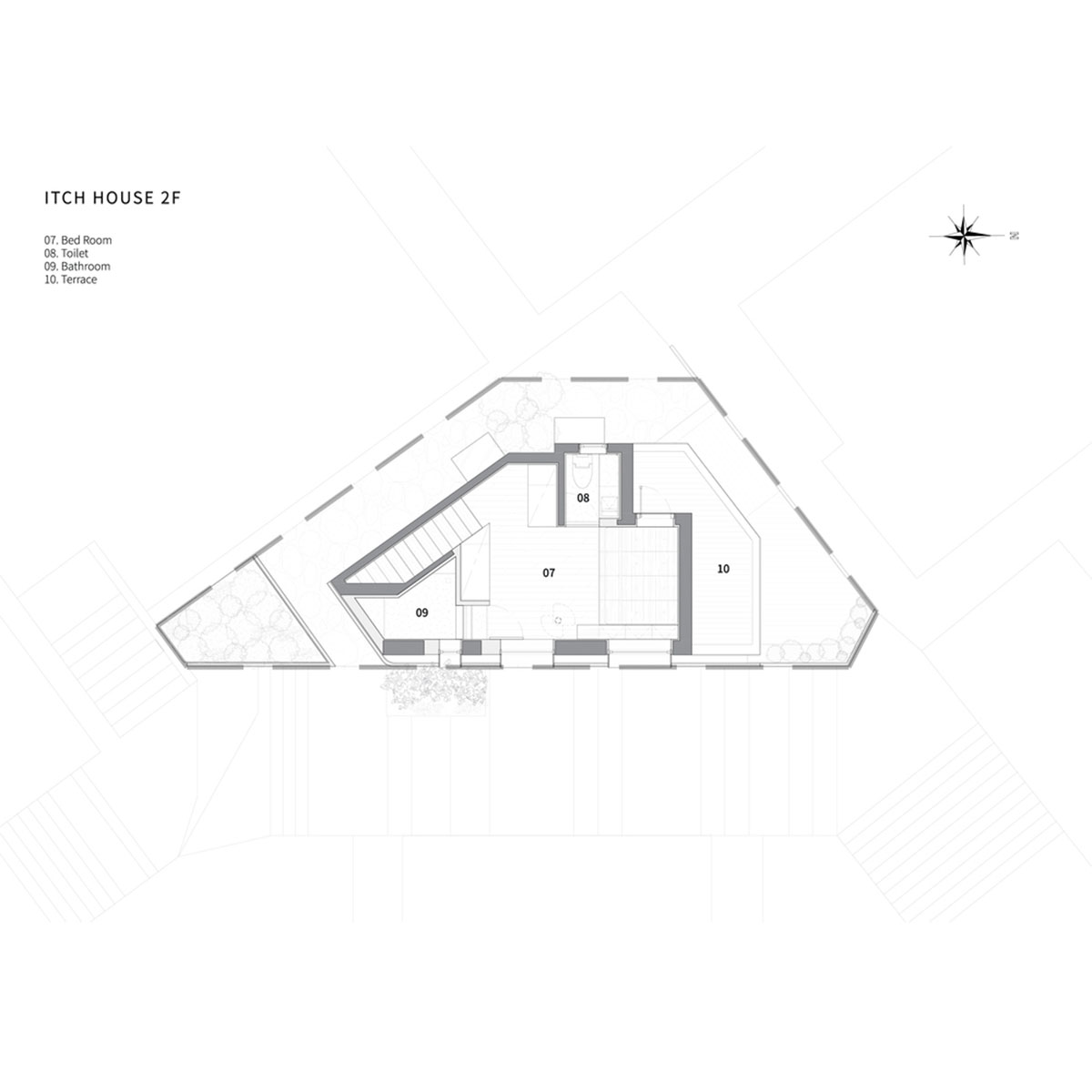