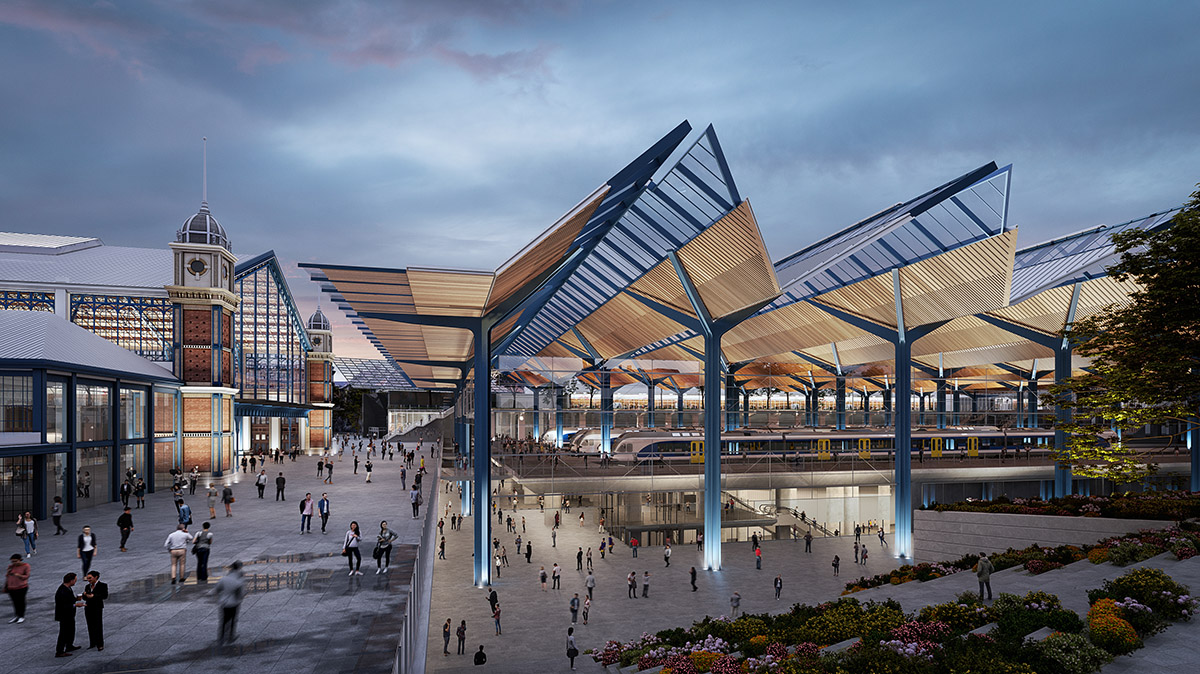 Grimshaw together with Nautes Architects, WSP, Vogt and Turner & Townsend have won a competition to redesign Budapest's Nyugati railway station in Hungary.

Based on the brief of the competition, the winning design will increase the capacity of the existing station, while preserving the heritage of the Eiffel Hall, and it will connect the station to the city by injecting a "new lease of life" to the surrounding area. 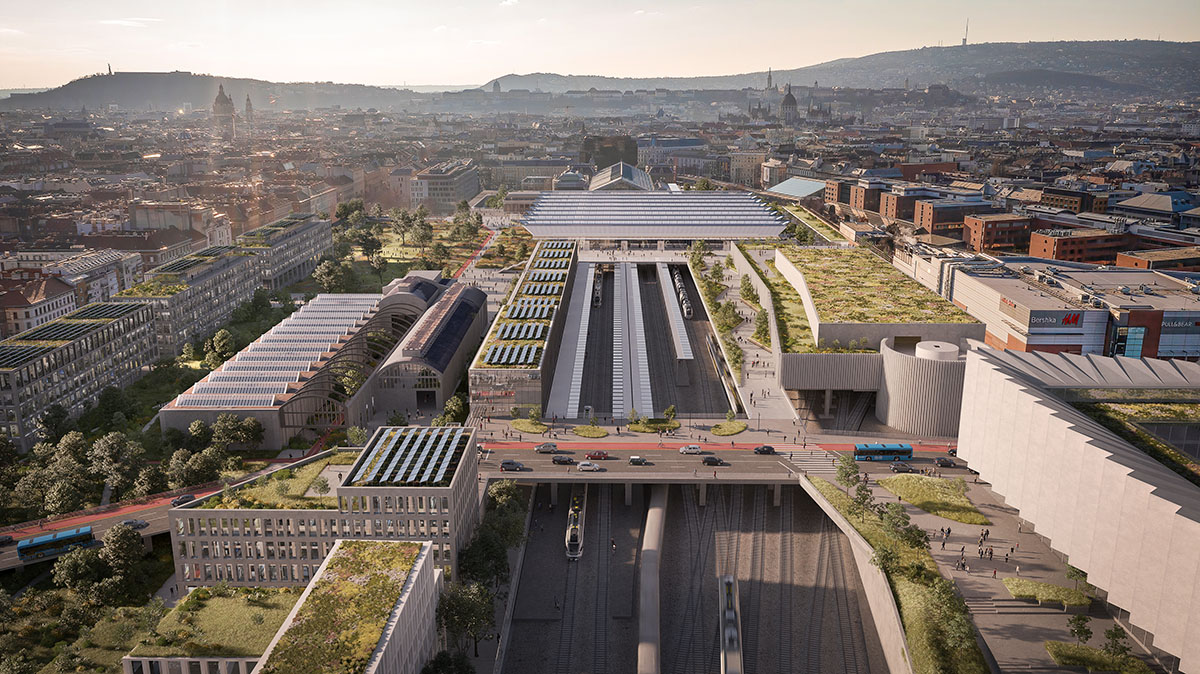 The design scheme creates a permeable station "campus" and human-centric spaces with a long-span roof structure. The plans consist of a series of car-free streets, walkways, squares and a public park, opening up the station complex to the city.

The new project draws passengers and public to this ‘new’ city quarter: restoring its local and international significance situated in one of the most vibrant and historic cities in Europe.

"One of the main virtues of the submission is the creation of transparent, open, permeable, human-scale spaces that provide complex connections through logical lines," the judging panel commented in the competition.

"With the area severed by the railway corridor since the late 19th century, the concept masterplan integrates new pedestrian routes across the site and the underground station," said Grimshaw in its project description. 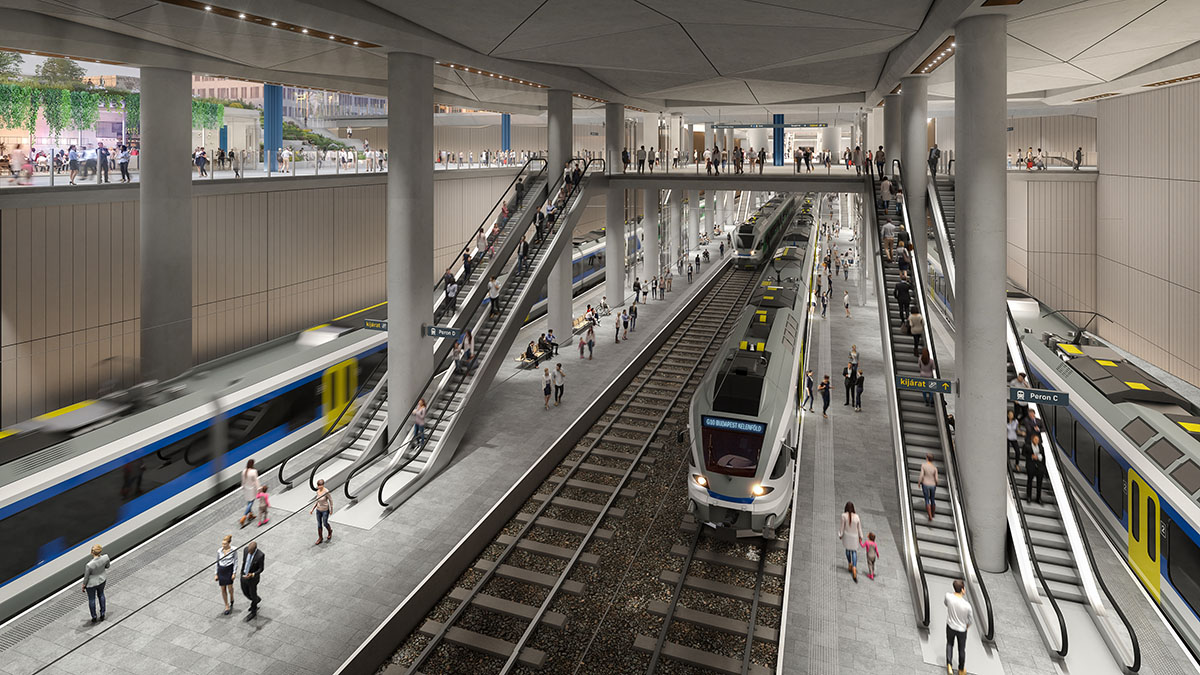 Creating a new boulevard connecting Lehel Tér in the west to Kodály Körönd to the east, the new boulevard is rising above the railway via a new bridge, and the existing Ferdinand Bridge is redesigned and realigned. Running north from Nyugati Tér, the team creates a secondary pedestrian route that connects to the proposed conference centre.

On the east and west of the site, the design team proposes new networks via a new link bridge spanning centrally over the surface station. 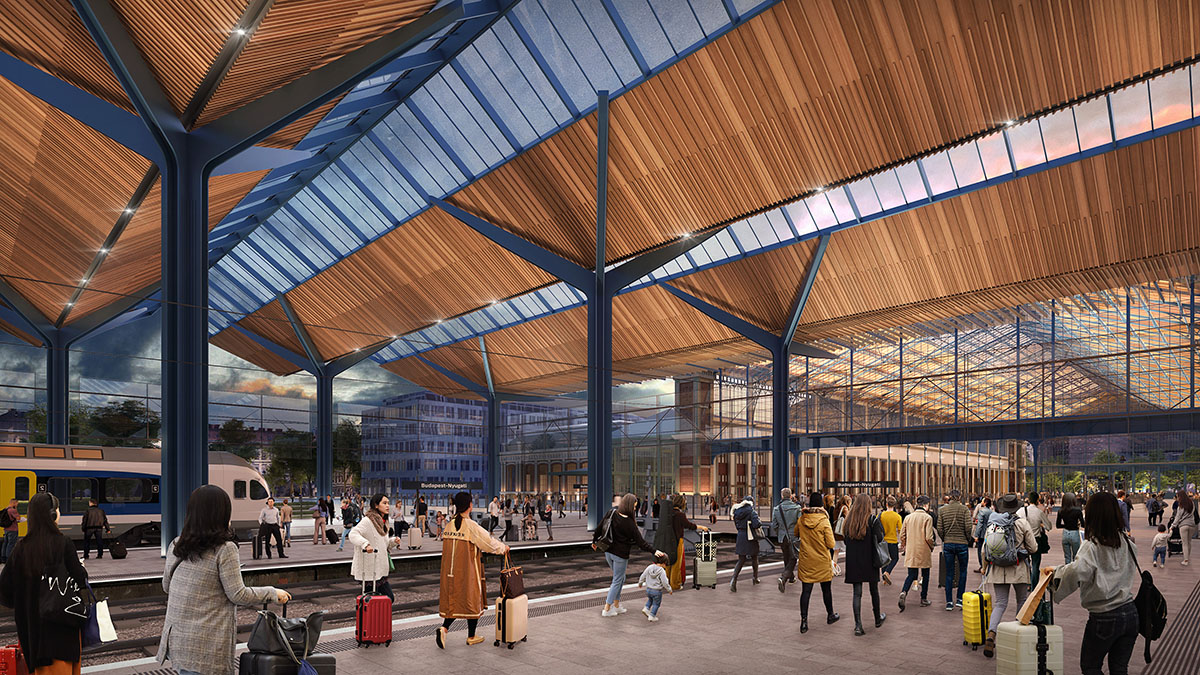 To celebrate and preserve the Eiffel Hall, the design team integrates a new subsurface station that is connected to its surrounding.

The team preserves the historical significance of this 14,000-square-metre building, and redefines Eiffel Hall as a pedestrian public hall ― celebrating the grandeur of arrival and departure from Budapest.

The new Eiffel Hall also incorporates cafés, a food hall and bookshop at ground level with central escalators guiding passengers to the extended tracks below ground. 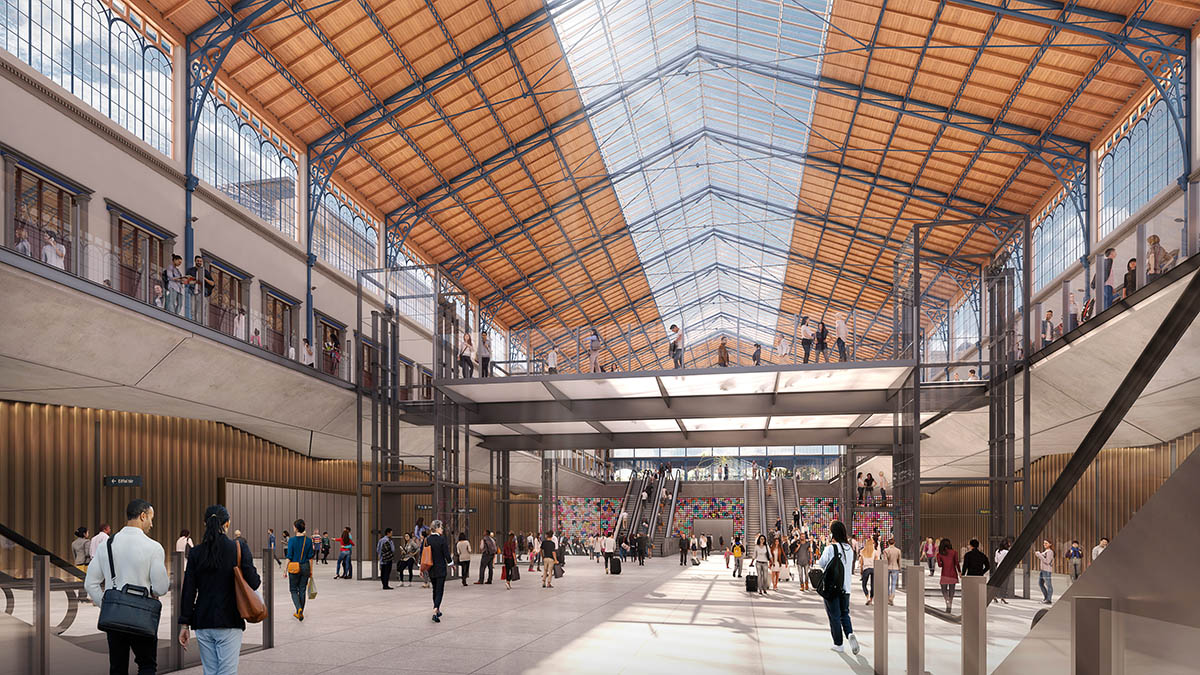 "These tracks will, in future, receive trains from Buda via the future planned railway tunnel under the river Danube," added the office.

"The restoration of the Hall includes the integration of new entrance porticos to the east and west flank elevations."

Towards the north-east of the Eiffel Hall, visitors are welcomed by a new station arcade, which sensitively embrace railway engineering by offering an elegant long-span roof structure soaring over the surface level station. 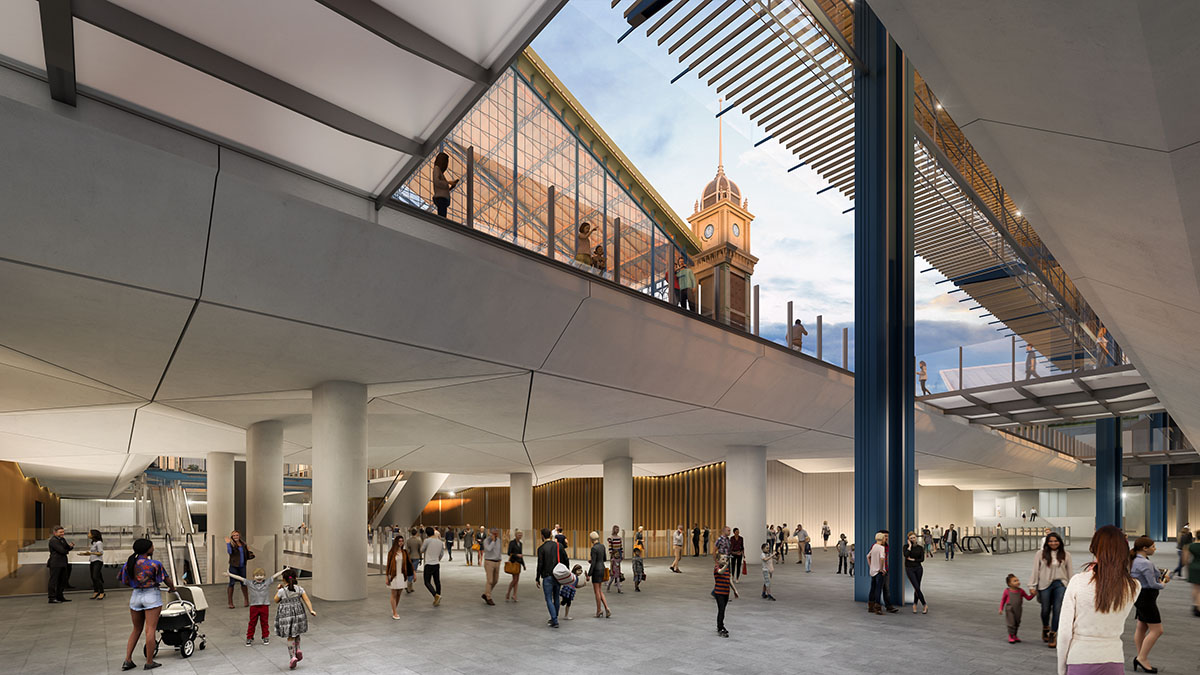 This structure also creates a new entrance to the station on Podmaniczky Utca, while the new Linear Park floods the internal space with natural light.

To build this structure, the design team adopts natural materials to further connect the station to its city surroundings, as well as providing a vibrant space for passengers. 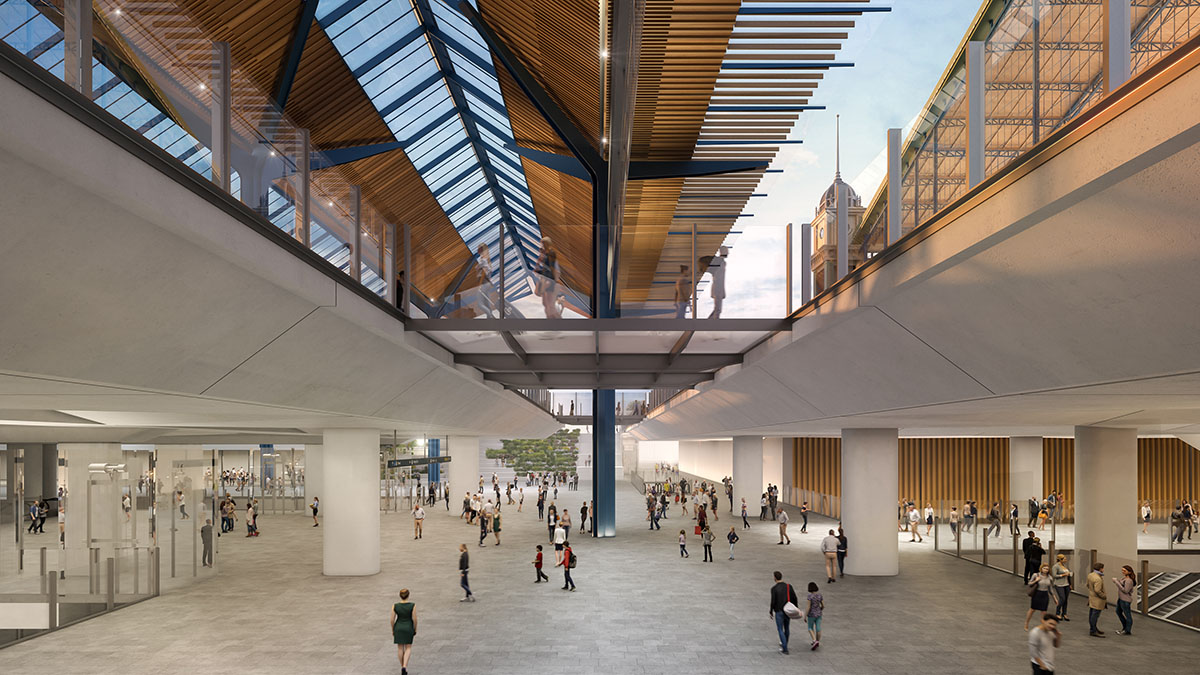 "Central to our design concept is guardianship of heritage, adaptive reuse and humanising of the passenger journey. The approach developed through a collaboration of our London and Sydney studios and with local and international consultants, is one which protects and preserves the heritage of Nyugati Station and places its 21st century life firmly in the aesthetic of a civic space," said Mark Middleton, Partner at Grimshaw.

"Travel for passengers will no doubt be enhanced, but in parallel a new, revived destination for this beautiful, historic city will be created. We are incredibly honoured to be selected as the winners of the competition and look forward to working with the Budapest Development Agency to deliver the design and construction of the station in the coming years," added Middleton. 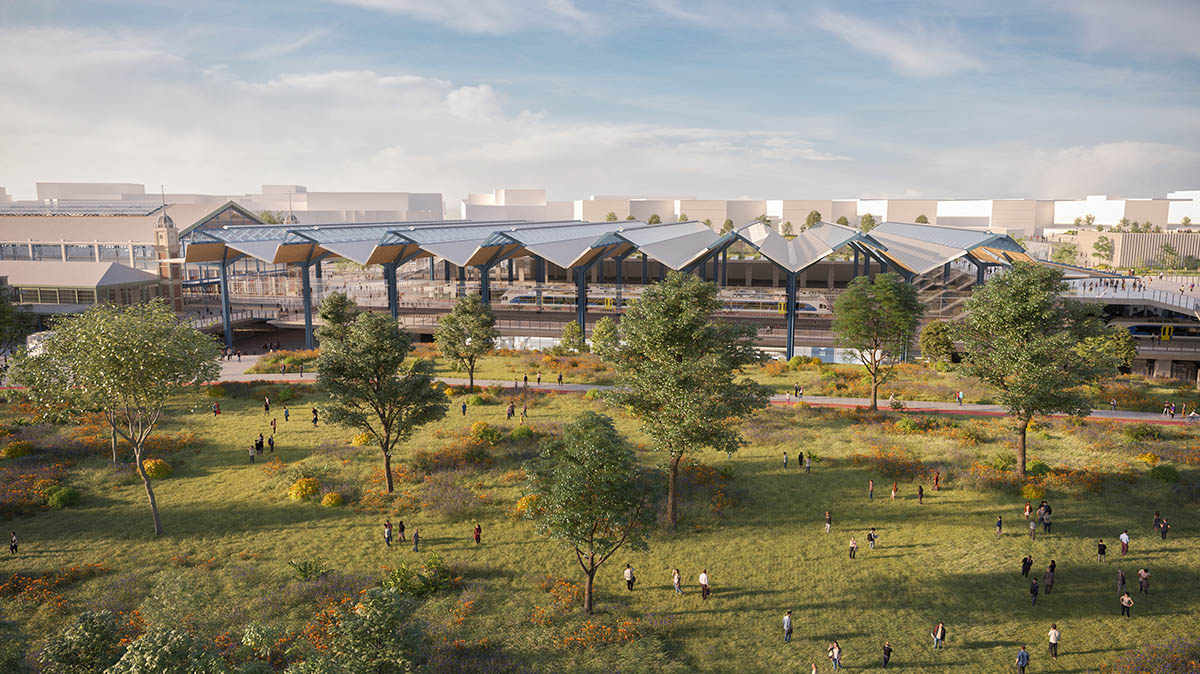 By knitting the two structures together, the volumes create a human scale space on the site and form a newly created pedestrian walkway, called Eiffel Passage ― which connects passengers across the station campus.

On the south, a series of spaces blur the boundaries between the city and the station. In addition, a 3.5-hectare Linear Park along Podmaniczky Utca sits alongside the new station arcade and accommodates local uses including a football pitch and dog park. 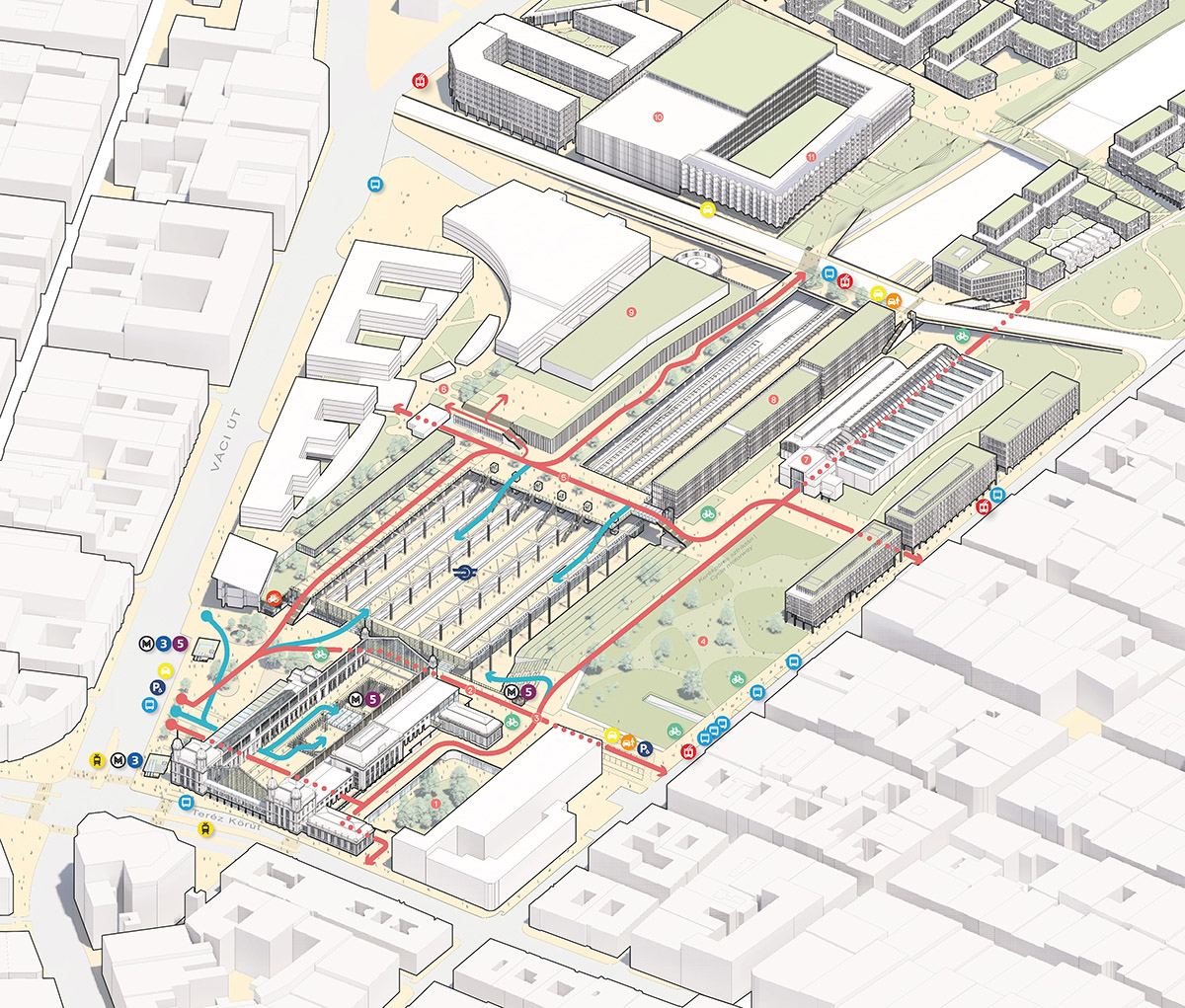 Based on an approach of reuse and repurposing existing structures with new build, the Motor Hall within the park is sensitively restored with a proposal to be reused as a cultural and leisure facility. 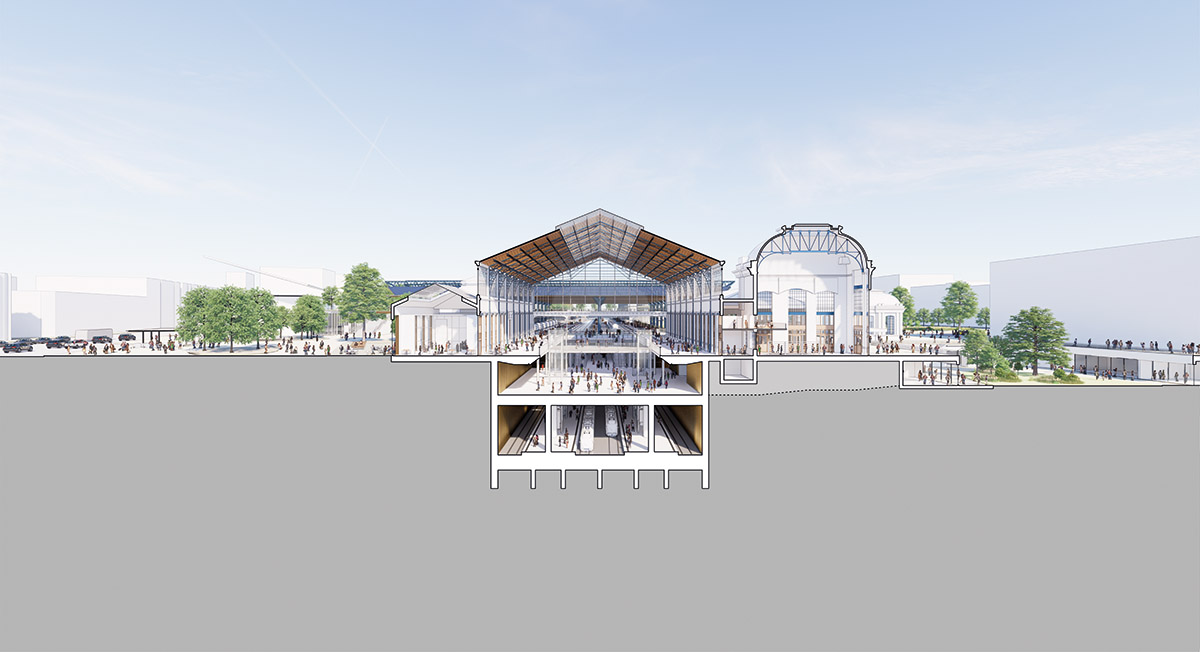 Construction is expected to start in 2025.

Grimshaw recently completed a new railway in London, which is named The Elizabeth Line.

Grimshaw was founded by Nicholas Grimshaw in 1980. The practice, one of the high-profiled architecture studios in the world, became a Partnership in 2007.